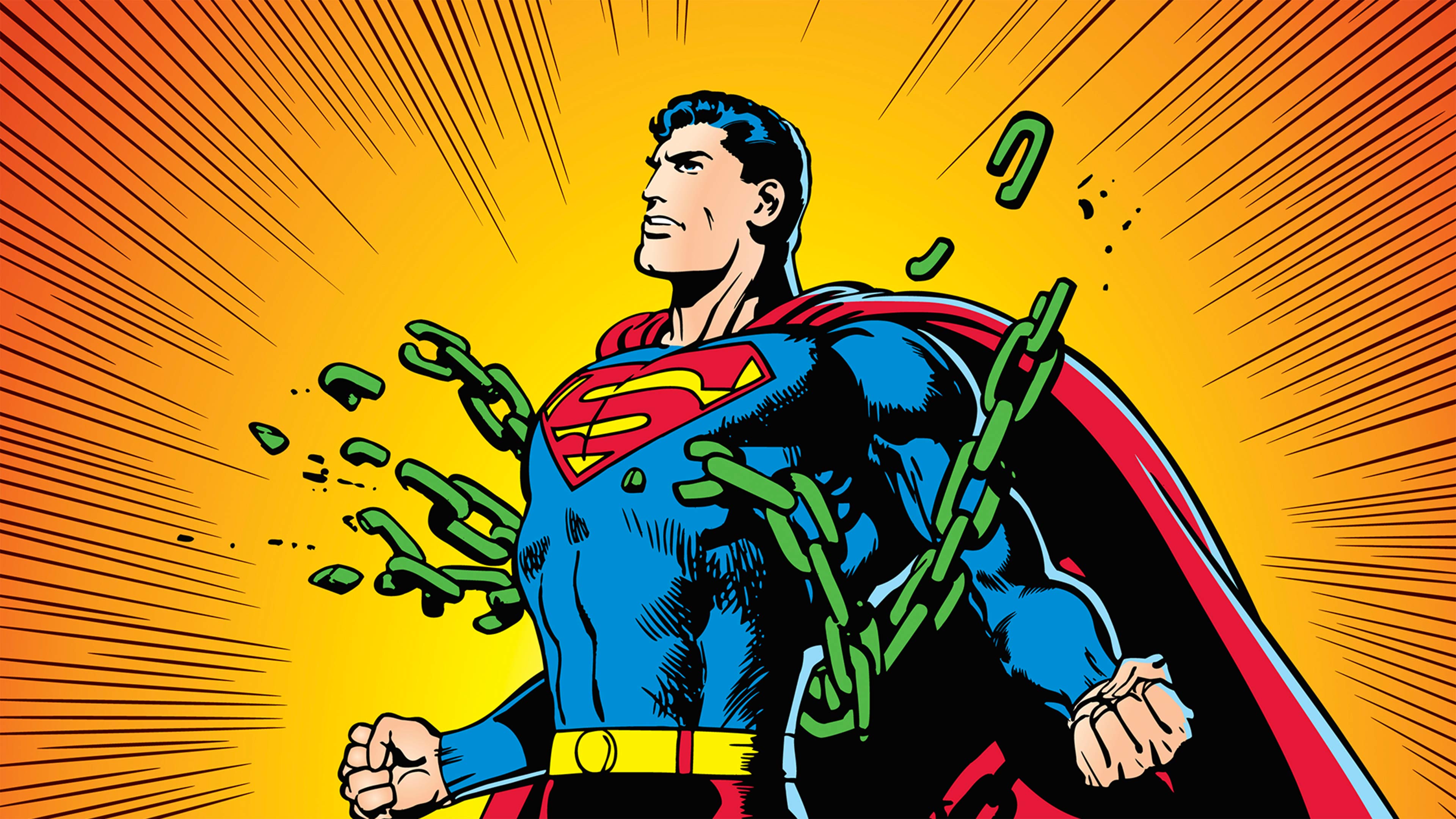 Faster than a speeding bullet, more powerful than a locomotive, able to….shoot miniaturized clones out of his fingers?! You might know about Superman’s x-ray vision and super breath, but we bet you’ve never heard of some of his other crazy powers! Kryptonians are full of surprises, and it’s easy to forget everything they’re truly capable of when exposed to a yellow sun. Here are 7 super powers most fans forget Superman once had.

As Seen In: Action Comics #55 and various Golden Age stories

What It Does: Thanks to a total mastery of all his muscles, Superman can change the shape of his face, and in some cases his entire body. In some stories, he used it to disguise himself as disgraced sports players, and in others he would disguise himself as an alien creature. This begs the question -- why does he use glasses as a secret identity when he could just change his face?

Why Superman Stopped Using It: If you’re already a Superman, why would you ever want to become someone else? 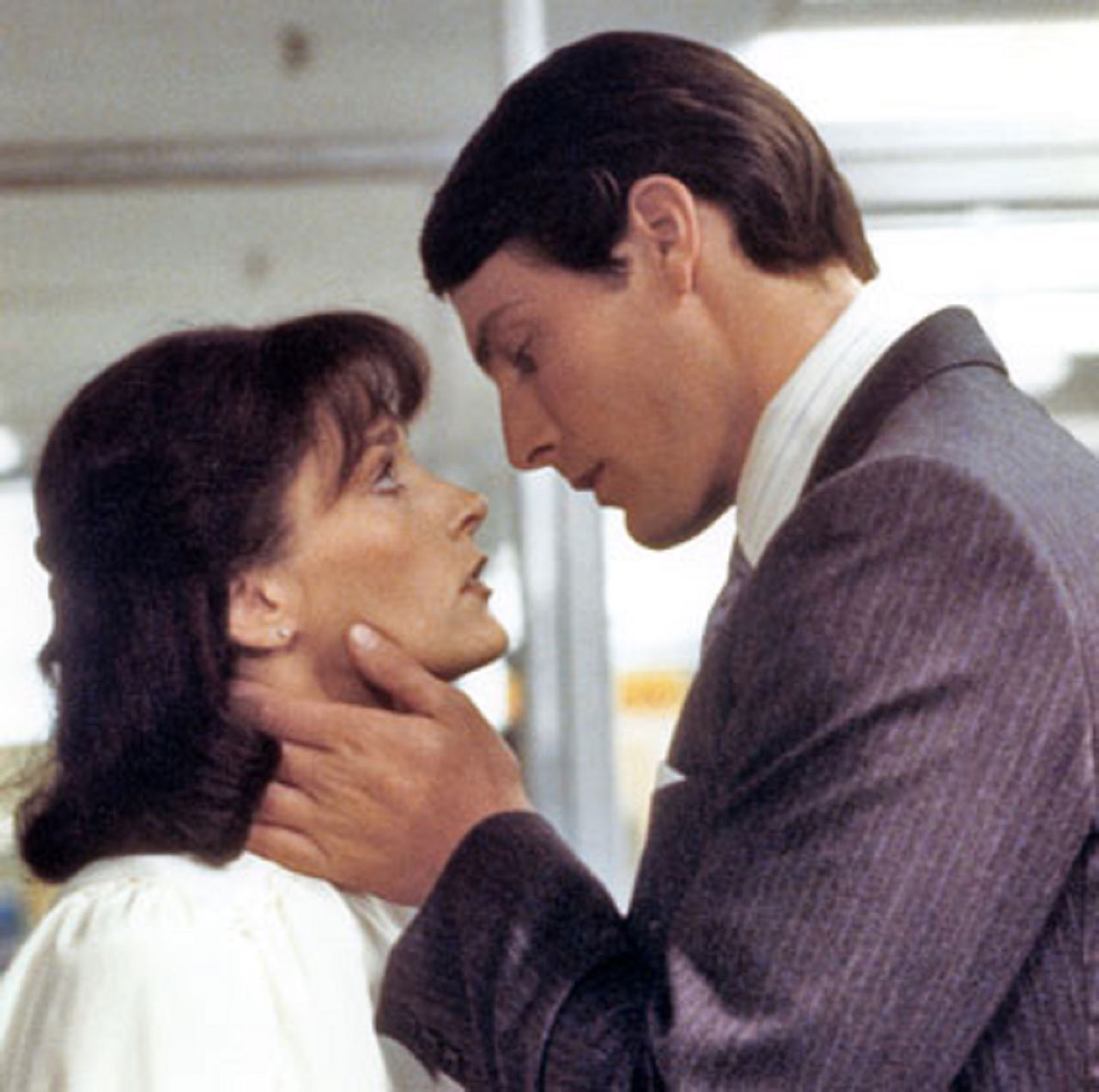 What It Does: Superman’s kisses have the ability to erase specific parts of another person’s memory. At the end of the first Superman movie sequel, Clark (as played by the legendary Christopher Reeve) uses this power to make Lois forget the entire movie; which is a shame because it's a pretty good film. We’re not sure what the correlation is between kissing and memory, but we can’t question the results.

Why Superman Stopped Using It: Who says he stopped? It’s called amnesia for a reason. 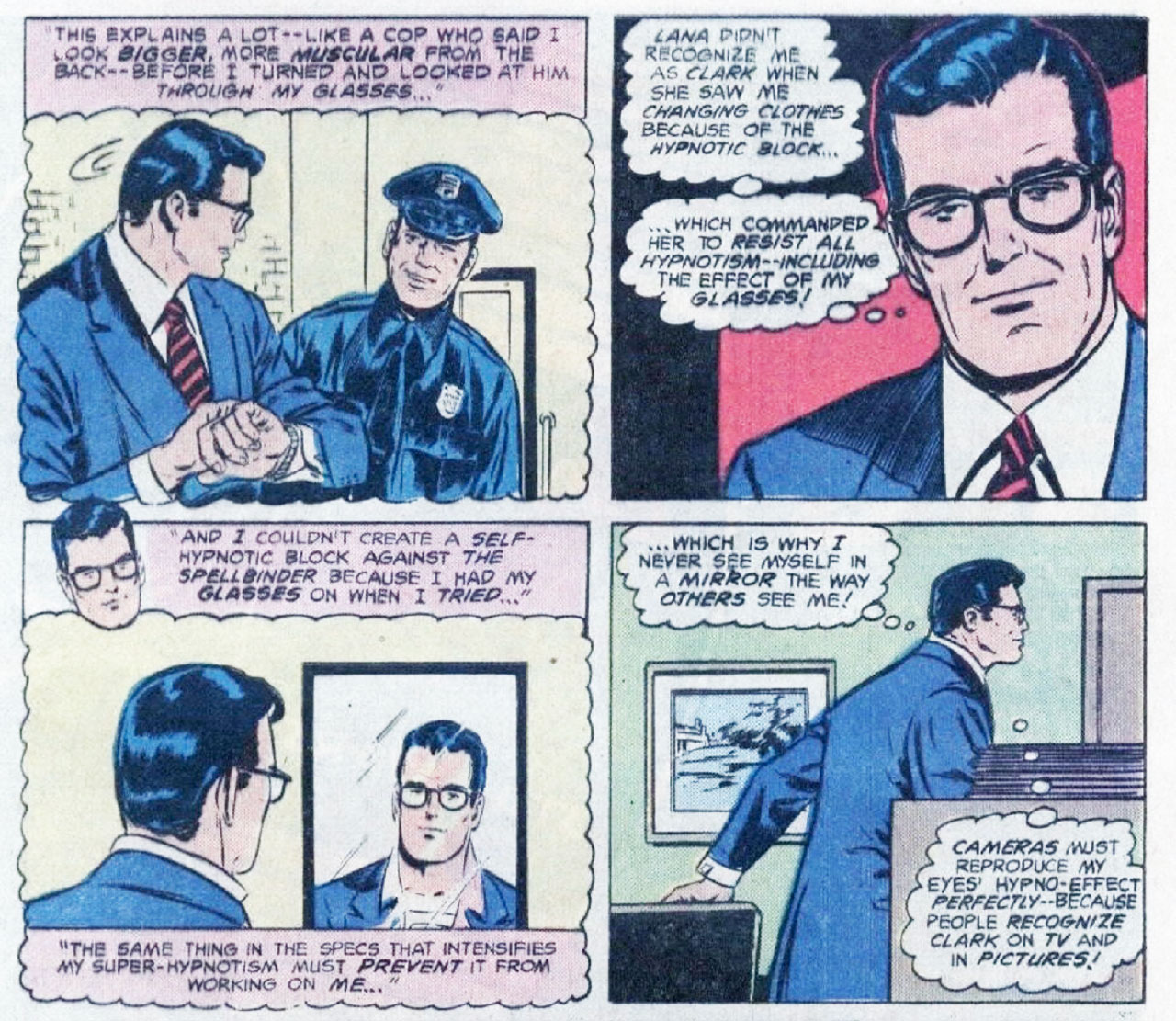 What It Does: Superman’s Kryptonian physiology combined with the glass of his spectacles has the power to hypnotize people into thinking Clark Kent looks nothing like Superman. It’s basically “secret identity vision.”

Why Superman Stopped Using It: Magic glasses wasn’t an explanation anybody was asking for, so everyone collectively argued to never mention this story again. In fact, a multiverse glossary in the back of the Crisis on Infinite Earths Absolute Edition places this story on an alternate Earth.

SHOOT MINIATURE CLONES OF HIMSELF OUT OF HIS FINGERS

What It Does: Superman can shoot a miniature version of himself out of his fingers. At the time, Superman had lost his other powers, so he had to rely on his…finger clone…to do most of the heavy lifting.

Why Superman Stopped Using It: Superman stopped using this ability because he was salty about all the attention his…finger clone…was getting.

What It Does:  After the Great Wall of China has been damaged by Nuclear Man, Superman looks at the debris and within seconds the wall has been rebuilt. He doesn’t use his super speed to manually rebuild the Wall. No sir. He just gazes at it and it's automatically repaired.

CAN YOU READ MY MIND 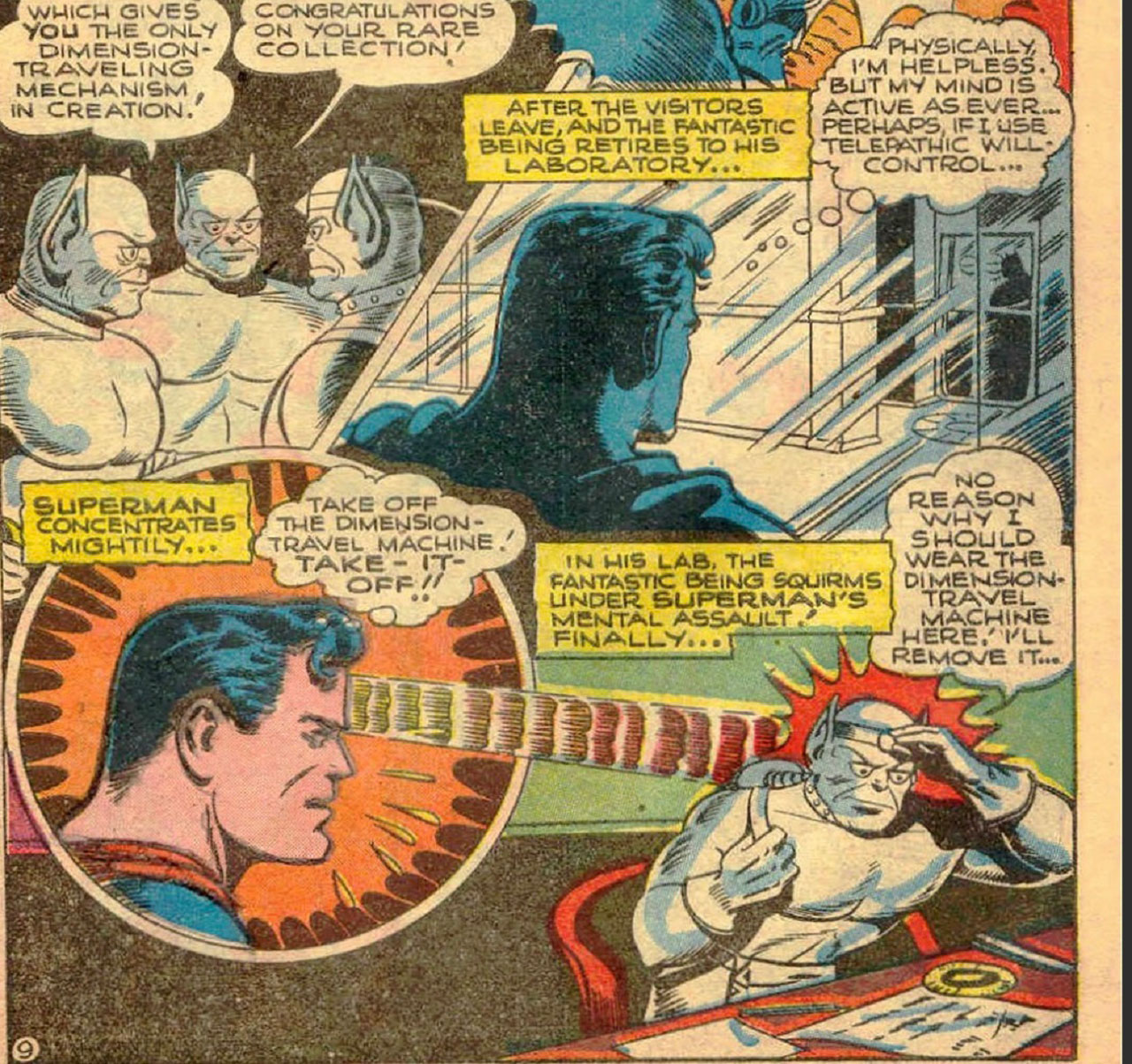 What It Does: Superman has telepathic abilities he can use to enter another person’s mind, and take control of them.

Why Superman Stopped Using It: Mind control is more super-villain than it is Superman.

As Seen In: Superman’s Girlfriend Lois Lane #20 and various other Silver Age tales.

What It Does: Superman has the power to time travel at will, no cosmic treadmill or DeLorean required. This wasn’t something he only used for life and death situations either. In Superman’s Girlfriend Lois Lane #20 he decides to see what it's like living in a timeline where he's a disc jockey. When this gets tiresome he returns to his old timeline.

Why Superman Stopped Using It: Remember the scene in Superman: The Movie when Jor-El said it was forbidden to interfere with human history? We’d like to think Superman finally followed that advice, but chances are he probably saw all the grief people gave Barry Allen for timeline-tweaking and decided to cool off. 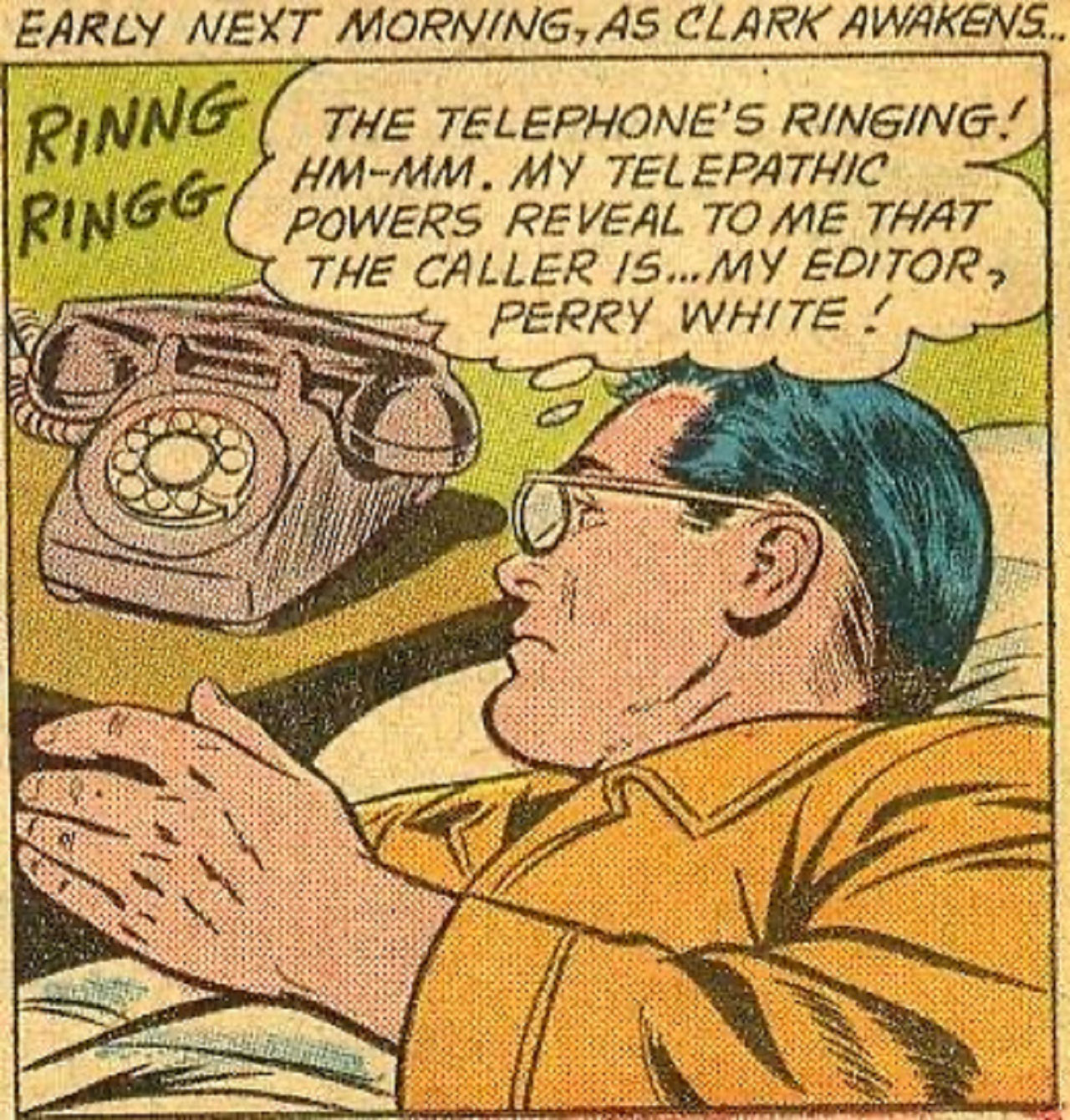 This is more than a forgotten power, it’s a useless power. During the Silver Age, Superman used telepathic powers (don’t even get us started) to identify a caller from the other end of a phoneline. Now that all cell phones have built-in caller ID, this power is more useless than Snapper Carr in a battle against Darkseid.

Which of these forgotten powers should be revived? Let us know in our Community!