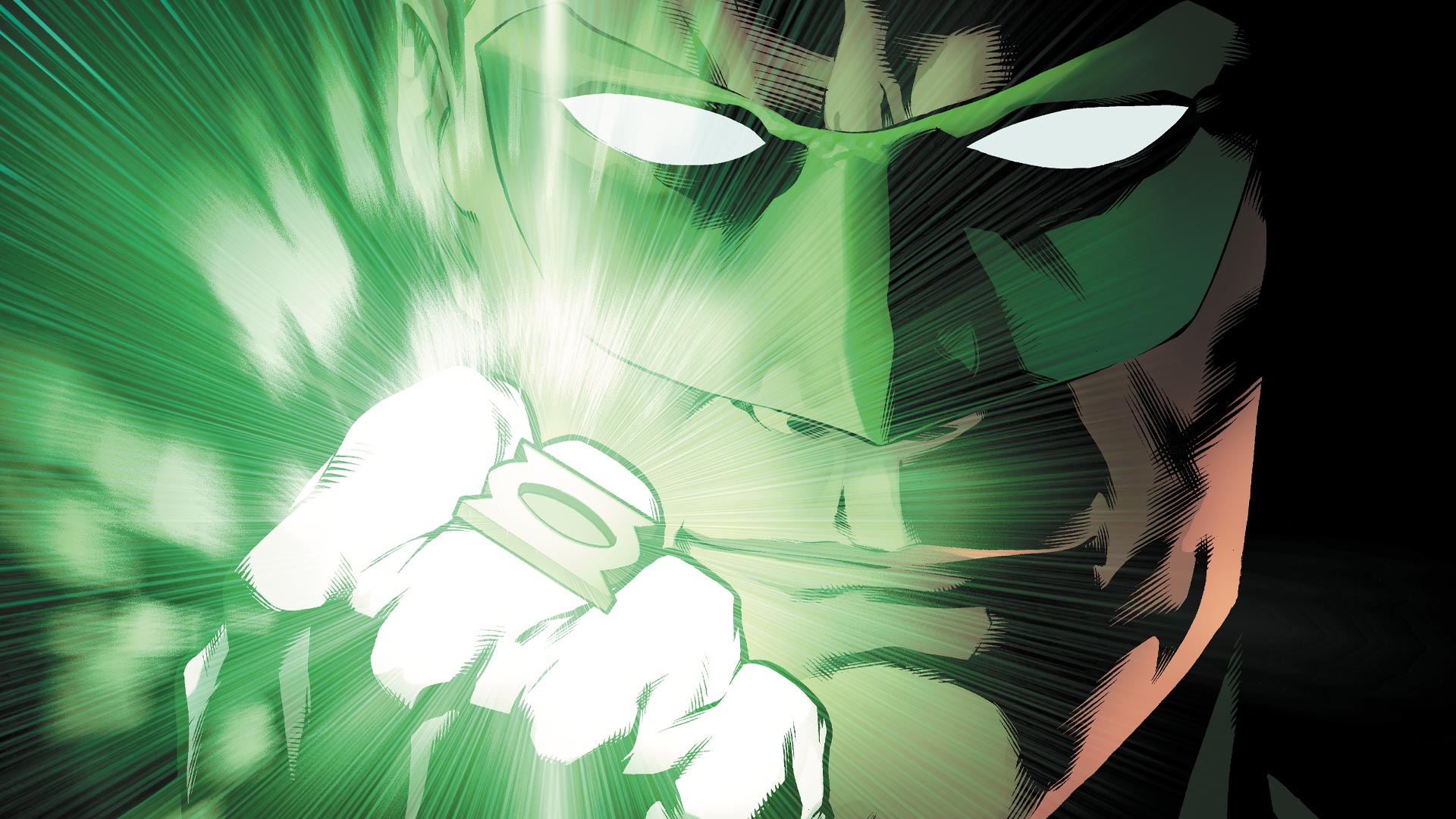 The 7 Hottest Must-Have Gifts in the DC Universe

This holiday season, what do you get for the man who has everything? Certainly not a Black Mercy plant! No matter if you're a member of the Church of Rao of Latter Day Kryptonians, an Orthodox Themysciran, or just a plain ol' Gothamite, we've got a sure-fire list of must-haves gifts from around the DC Universe that will easily fit in a box. Find the perfect gift for everyone on your list and get your shopping done in a cinch with this DC Holiday Gift Guide! 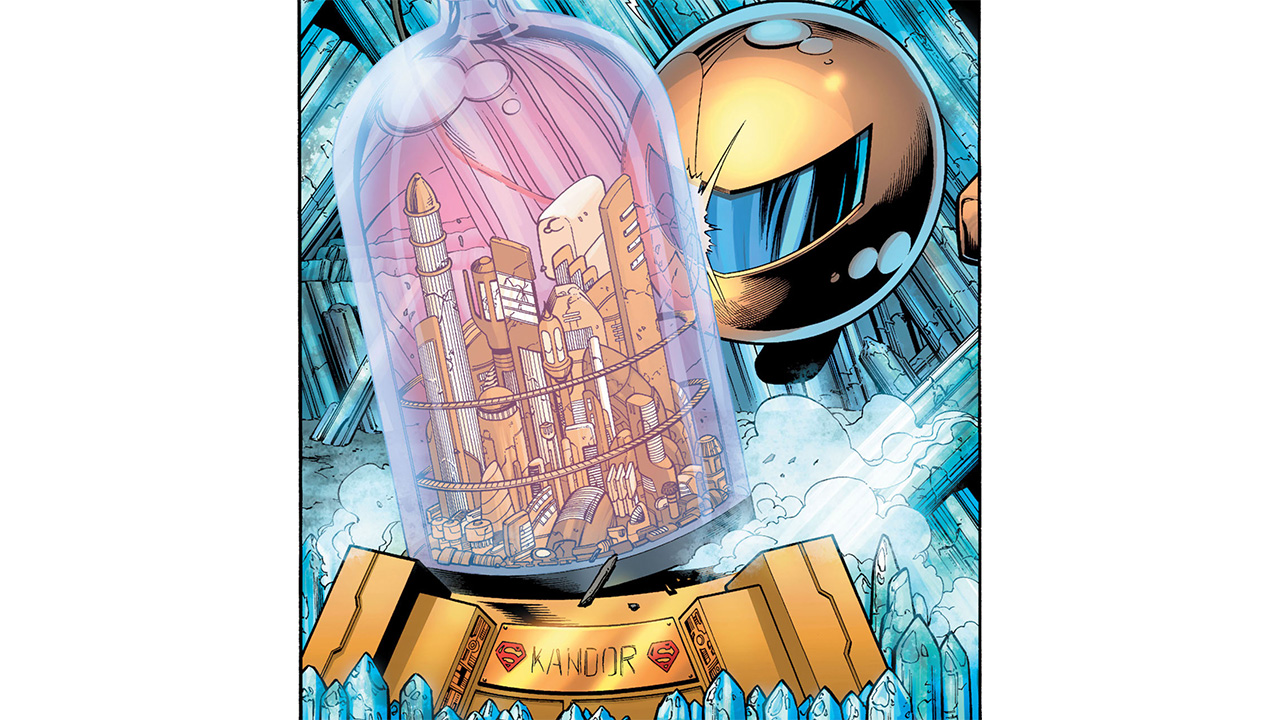 Many people give pets as Christmas presents. And as fun and cuddly as they can be, they're also a lot of work and responsibility. Instead, get the young ones a Bottle City of Kandor! Not only is it more exciting than a fishbowl of Sea Monkeys, but you’ll also be teaching them societal lessons in government, classism, and economic stability! Want to see how they’ll respond to an earthquake? Go ahead, give it a shake!

Visit historical sites like Zor-El’s tomb and learn about Krypton’s storied history from its last surviving city. The best part is all of this fits nicely on any desk and makes a great conversation piece! This miniaturized terrarium is perfect for the Brainiac in your family.

These rings come in a variety of colors across a spectrum of emotions! Scary older sister? A yellow Sinestro Corp ring will strike even more terror into your heart! Selfish Grandfather? How about an orange power ring to go with his greed and avarice?

Give the gift of anything they want! It’s just like a gift card, but with constructs. Everyone can get their favorite color because they come in Red, Orange, Yellow, Green, Blue, Indigo, Violet, Black, and White! Oh, and don’t forget to buy a power battery too!

GET OUT OF HELL FREE CARD 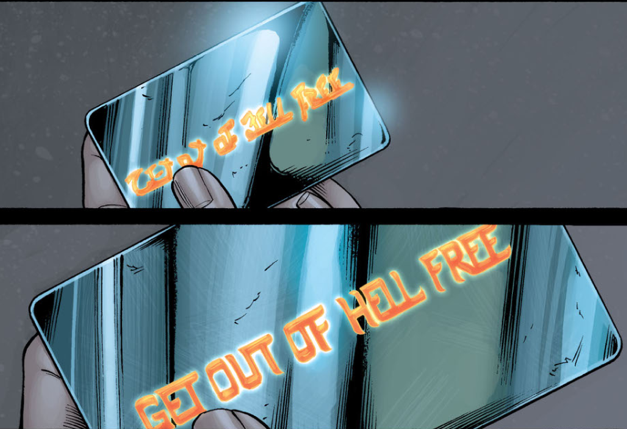 For the rebellious one of the bunch, give them this soul-saving gift. This one of a kind card will send this bad egg straight to Heaven upon death. Anyone would turn heads with this heavy platinum card in their wallet. Be warned though, this card can only be used once, so choose wisely.

Originally appearing in 2009’s Secret Six #4, this card was highly sought after. Eventually, it appeared again in 2018’s Suicide Squad: Hell to Pay. 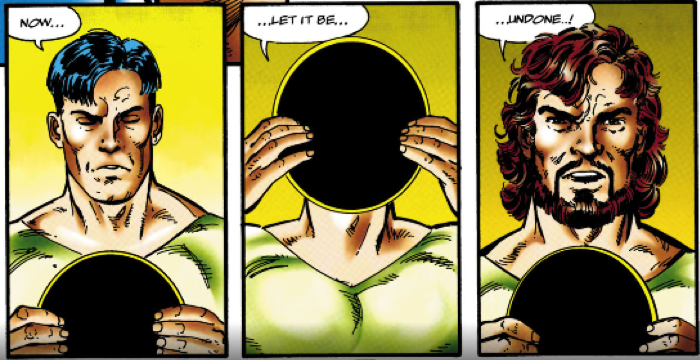 Sick of running into people from high school over the holidays? Avoid awkward small talk with this handy device that can change the face of whoever looks into it. Passed down from Circe herself, this mirror works wonders. But don't take our word for it, just ask Hercules.

First appearing in Wonder Woman #122, Zeus grants the mirror to Hercules who uses it to disguise himself as Champion. 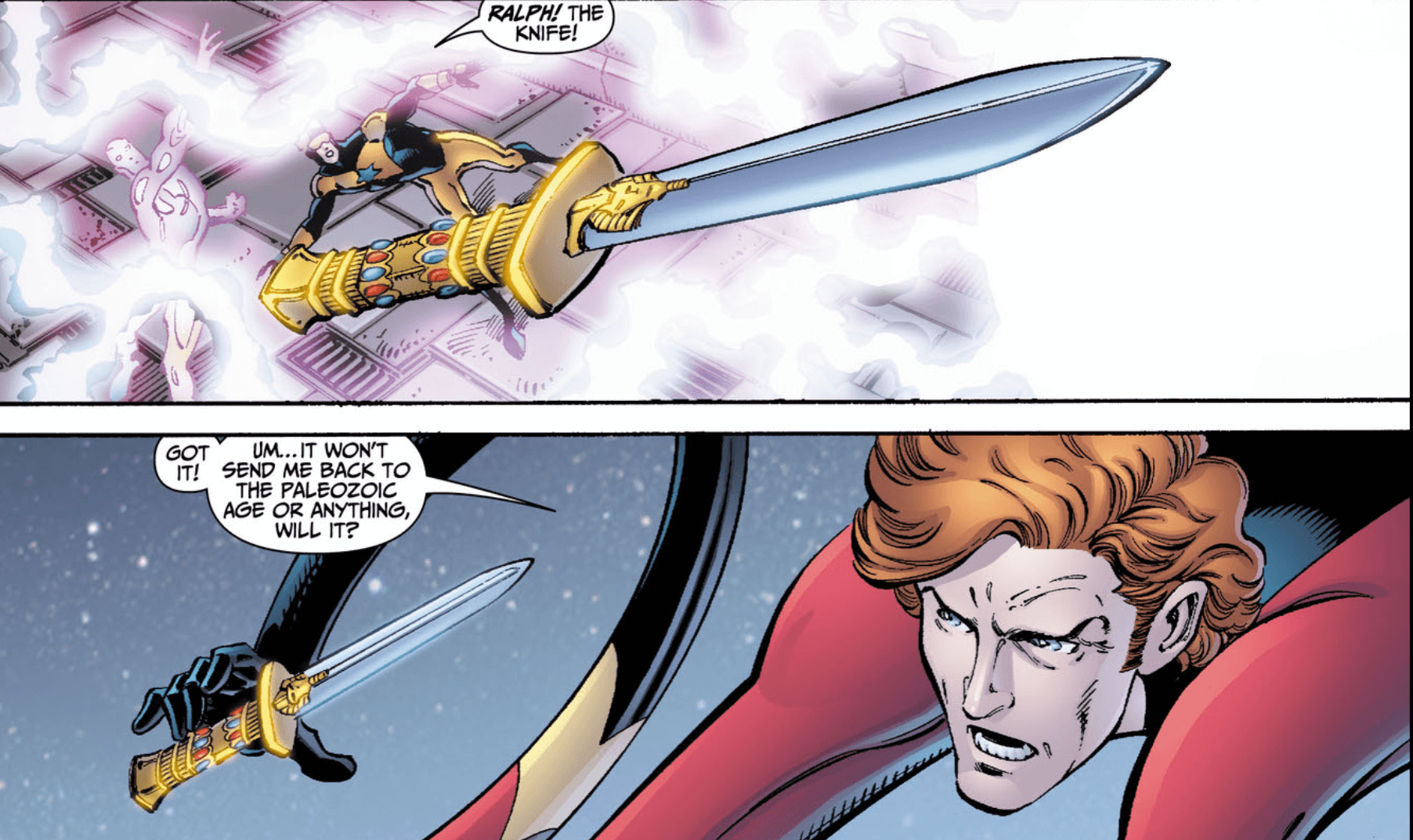 It slices. It dices. It cuts through the space-time continuum! Never be late for a meeting again. The Time Knife can literally cut time in half by creating portals! An absolute must-have for the perpetually late person in your family.

In 2009’s Booster Gold #15, Rex Hunter uses the Time Knife to trap Booster Gold in the past. Eventually, Ralph Dibny and Goldstar are able to use it to bring Booster back. 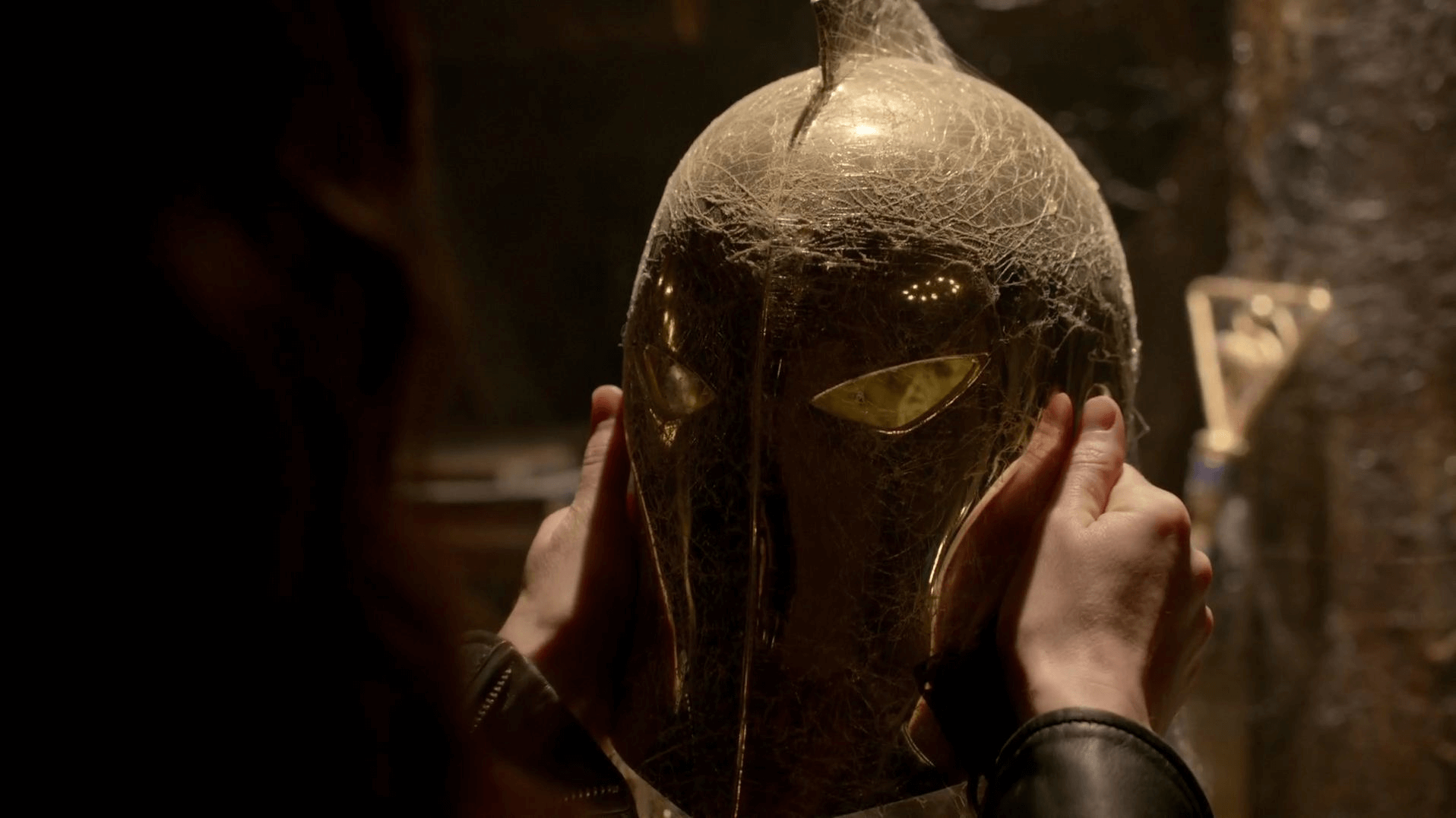 A magical helm is the perfect gift for the arcane enthusiast in your life. Plus, it protects the wearer’s whole face from those harsh winter winds! The one-size-fits-all helmet provides all of the sorcery needed to pack a punch including telekinesis, levitation, enhanced strength, and damage resistance. Complete that sorcerer chic look by pairing with the Amulet of Anubis and the Cloak of Destiny.

Worn by Dr. Fate, the Helmet of Fate was created by Nabu, the Lord of Order. It grants a plethora of magical abilities to the wearer and offers protection from the arcane, though you might have to fight off a cantankerous British con artist to gain full possession of it. 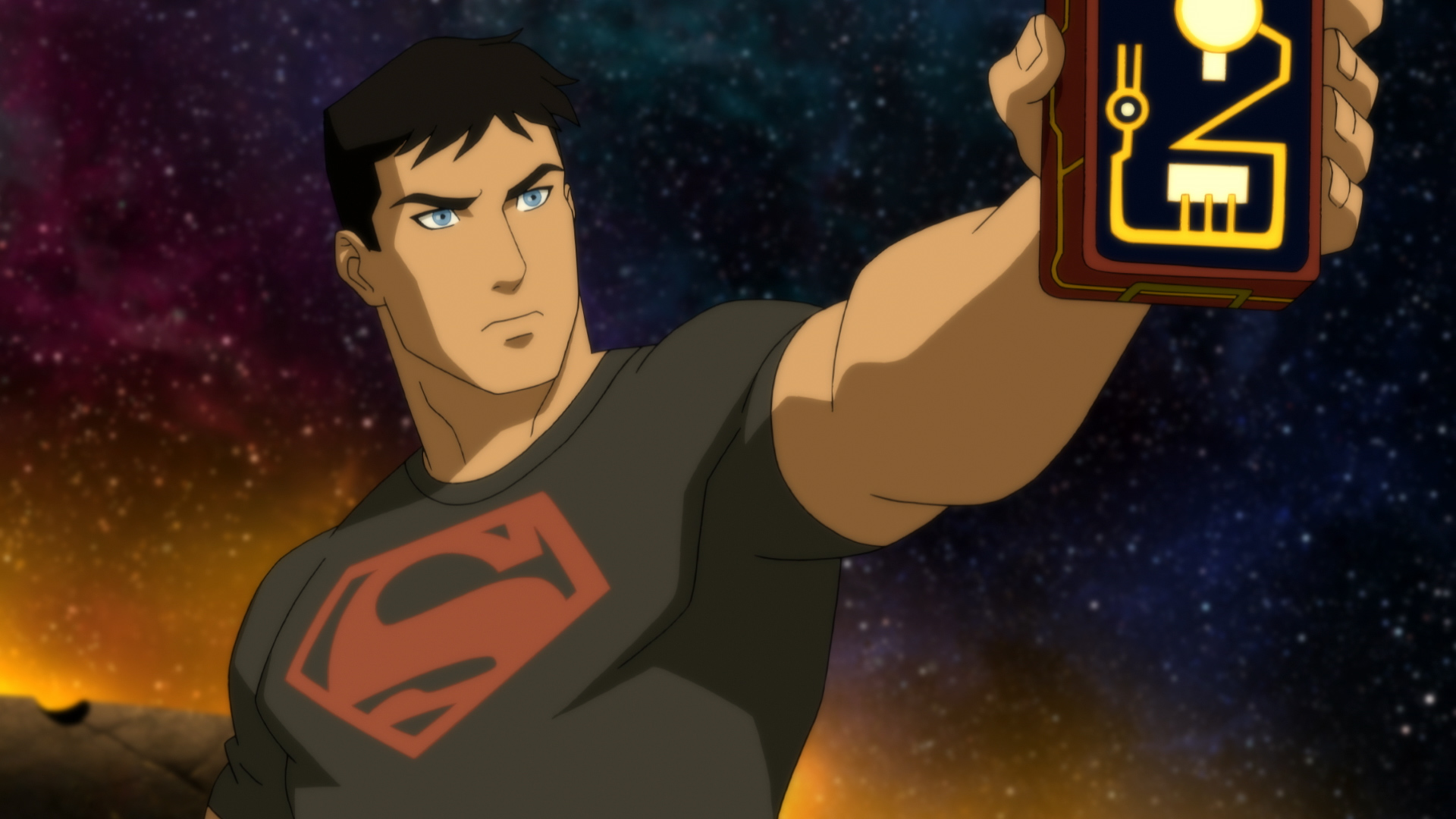 Straight from New Genesis, this sentient computer will give Alexa a run for her money! Love to travel but hate the hassles of traveling? Create Boom Tubes to travel anywhere in the known universe. Upgrade those other non-sentient devices in your home and finally be able to use one remote for everything! It can also heal injuries and much, much more. The mother box is more than just a device. It’s your mother… in a box!

Made with Element X, this New Gods tech works with any existing technology, so no annoying proprietary software hiccups. It's a bit volatile, however, so we do recommend buying the 1-year Apokalips Care warranty, and there have been reported cases of Mother Boxes merging with the souls of the recently deceased which will obviously nullify any and all extended warranty claims. Offer void in Thanagar and Tennessee.

What item from the DC Universe would you love to find under your tree this year? Let us know in our Community!