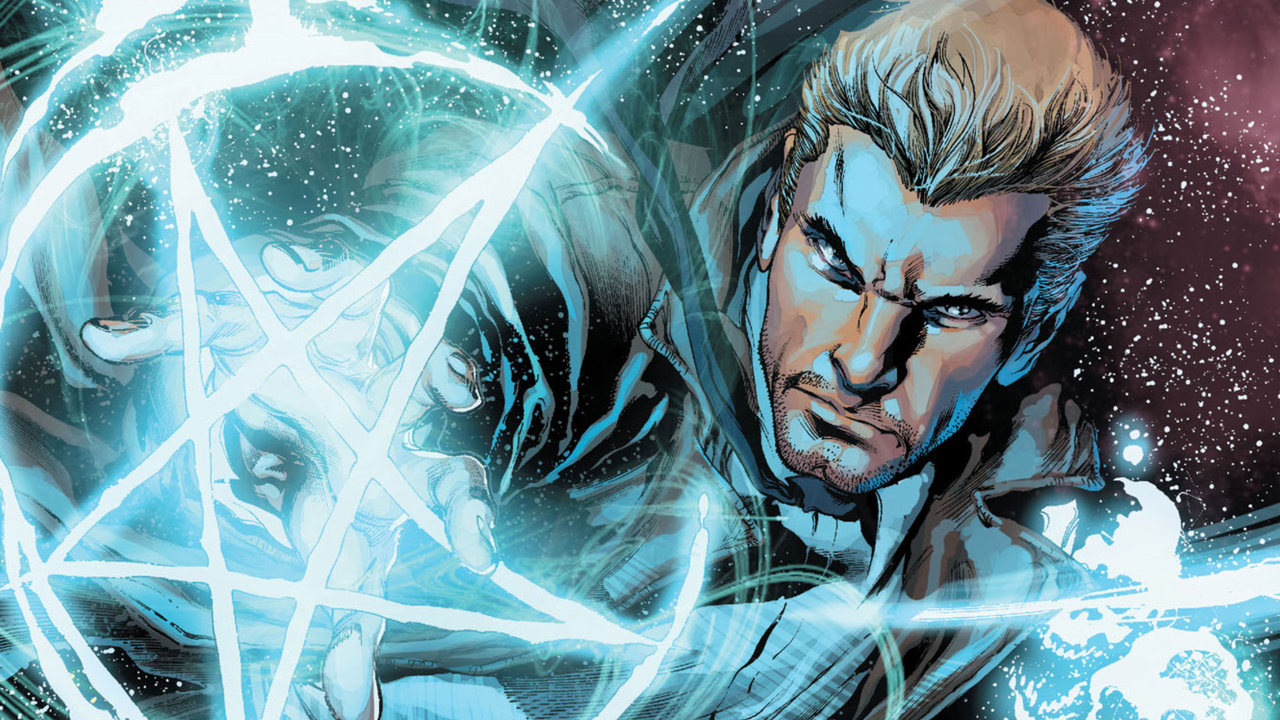 The DC Universe can be a frightening place, and sometimes its saviors are more than a little, well, spooky. While some characters like Superman or Wonder Woman are known for their sunny dispositions, the world has its share of champions who represent dark forces that lurk in the shadows. It's not always easy to distinguish these good guys from the bad guys. So here's a handy guide to 7 of DC’s most horrifying heroes... 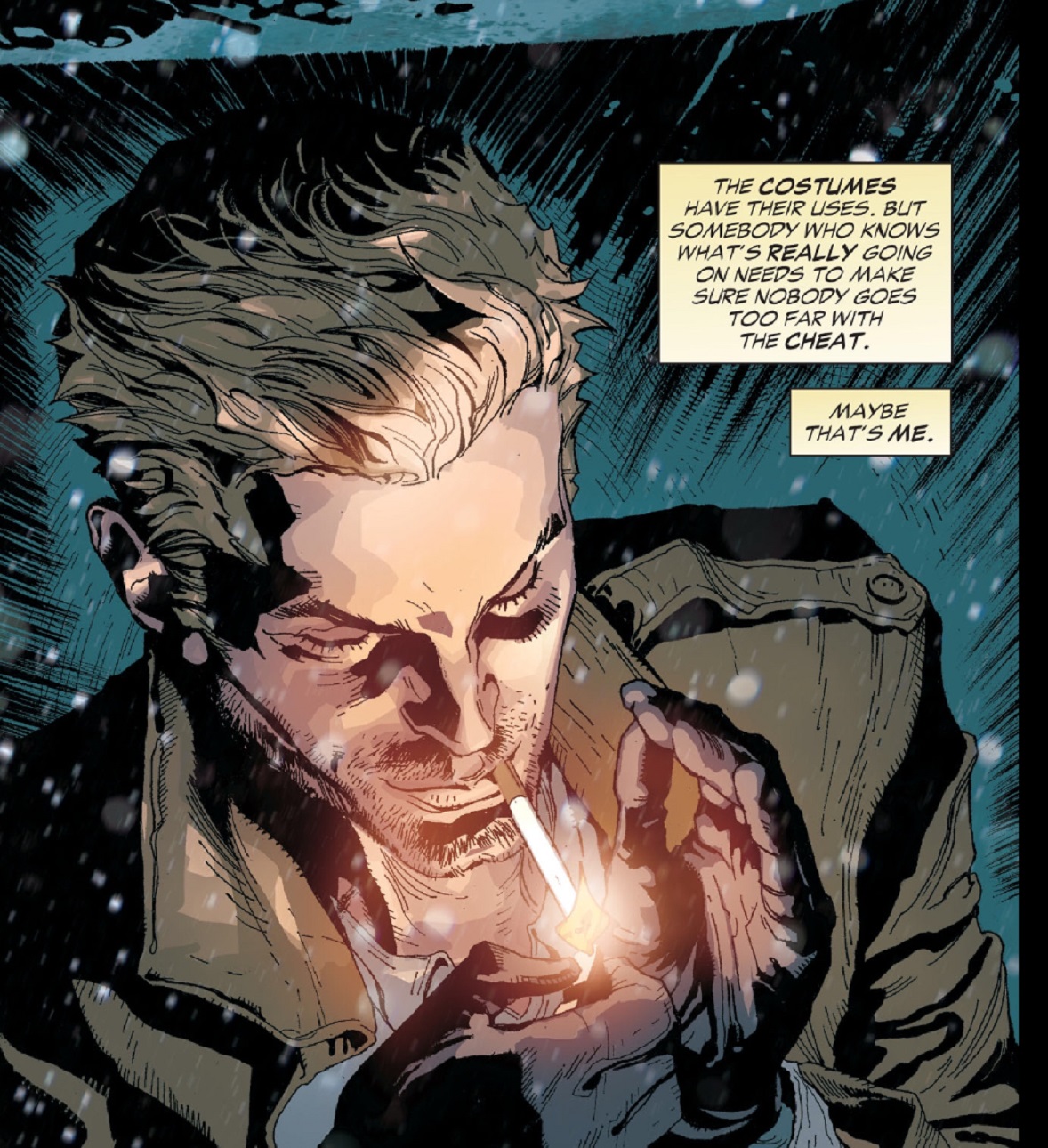 FIRST APPEARANCE: The Saga of Swamp Thing #37 (written by Alan Moore and penciled by Rick Veitch)

POWER SET: John Constantine is a master of the darkest forms of magic, granting him the ability to call upon spells from both Heaven and Hell.

ORIGIN: Constantine comes from the bloodline of a family of magic users known as the Laughing Magicians. After learning of his heritage, John decided to travel the world to investigate supernatural happenings, and have his own mischievous brand of fun along the way.

BONUS: Check out Matt Ryan’s critically acclaimed take on the character in the live-action TV series Constantine. Ryan’s popular portrayal of the character led to him reprising the role on TV’s Arrow andDC's Legends of Tomorrow. 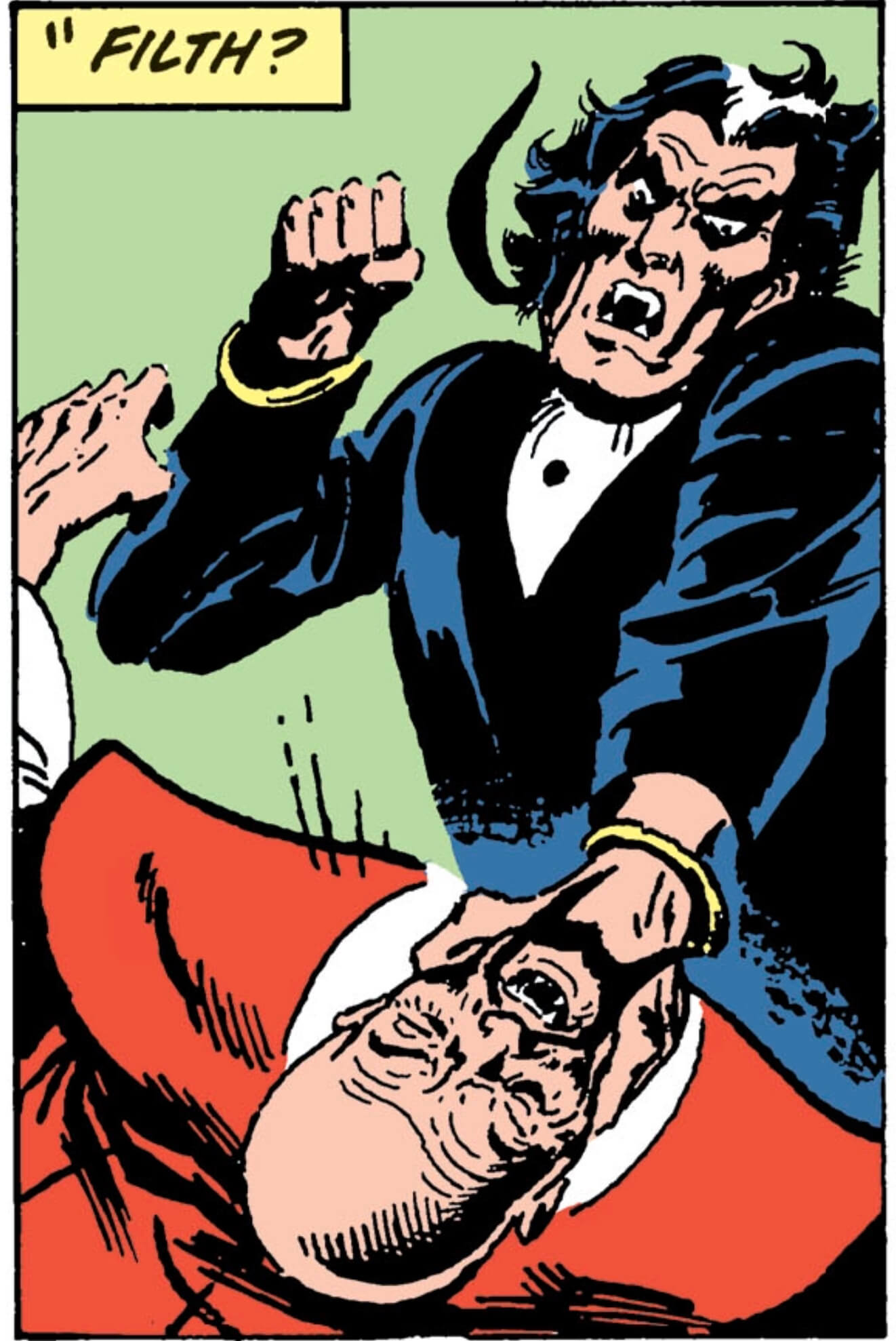 POWER SET: Like most vampires, Bennett has the powers of flight, telepathy, and shape-shifting.

ORIGIN: Andrew Bennett was an English nobleman whose life was changed forever after a vampire attacked him. Although Andrew was able to kill his attacker, he soon found himself transformed into a vampire. Andrew vowed to only feast on animals. His primary mission is stopping his former lover Mary, a vampire who doesn’t share his same restraint against hurting humans.

BONUS: Check out Andrew Bennett along with the DC Universe’s other supernatural characters in the 2005 limited series Day of Vengeance. 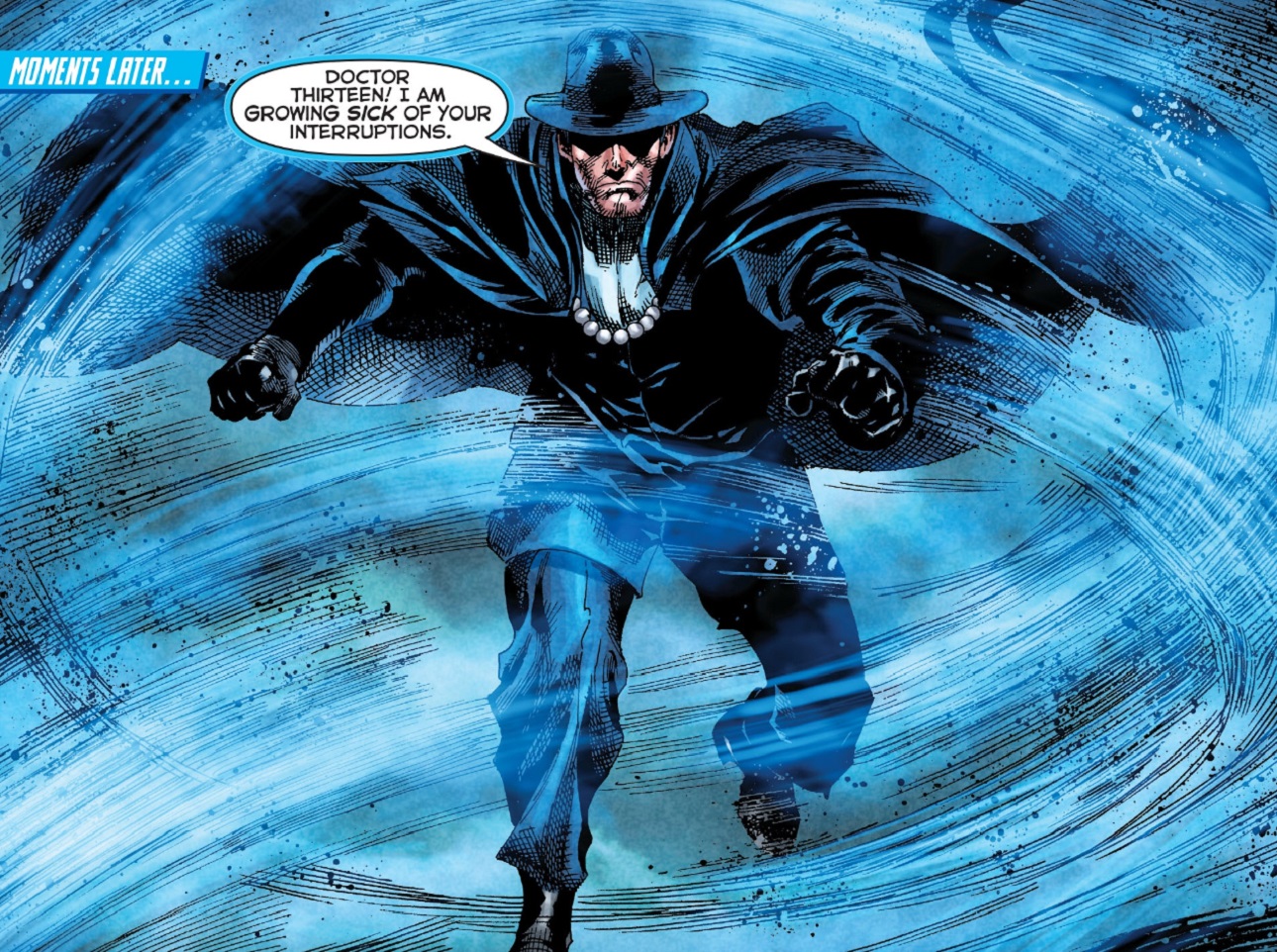 POWER SET: The limits of the Phantom Stranger’s powers have not been fully revealed, but he has regularly used clairvoyance, energy projection, teleportation, and a variety of other mystical abilities.

BONUS: Watch the Phantom Stranger team-up with the Caped Crusader in the acclaimed Batman: The Brave and the Bold episode “Chill of the Night.” 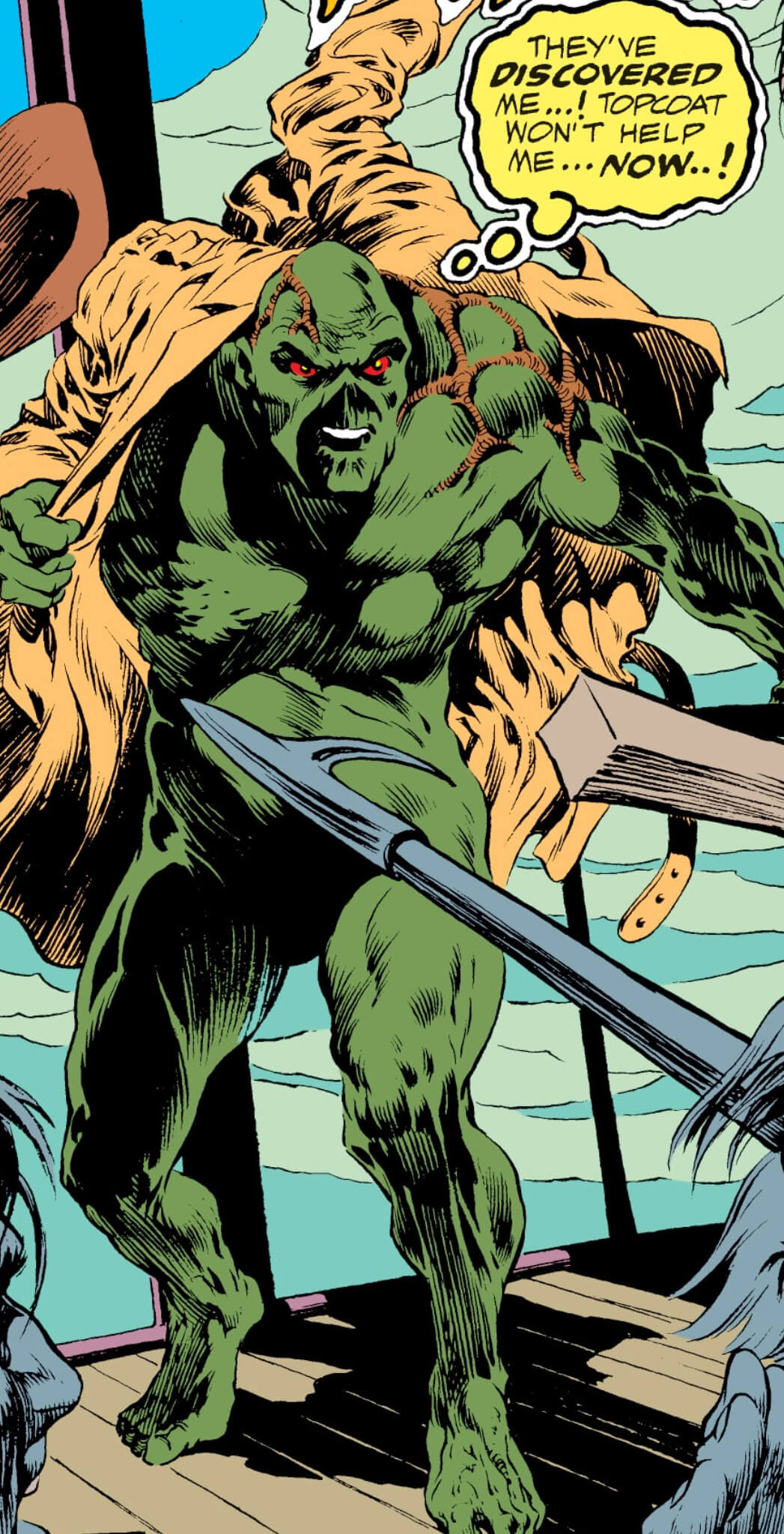 POWER SET: Swamp Thing can control all forms of plant life and transfer his consciousness to them. This power has given him the ability to regenerate himself from even the tiniest forms of plant life. He also possesses super strength.

ORIGIN: Dr. Alec Holland was a scientist working on a chemical formula designed to stimulate plant life -- when a bomb unexpectedly went off. The resulting explosion bathed Alec in his formula even as he sought to douse the flames in the nearby swamp waters. The explosion and formula created an unexpected reaction, fusing Alec’s consciousness with the local flora and giving birth to the humanoid Swamp Thing.

BONUS: As you may have heard, Swamp Thing will be DC Universe’s next original live-action series. Check out the trailer here to get a taste of what’s to come. 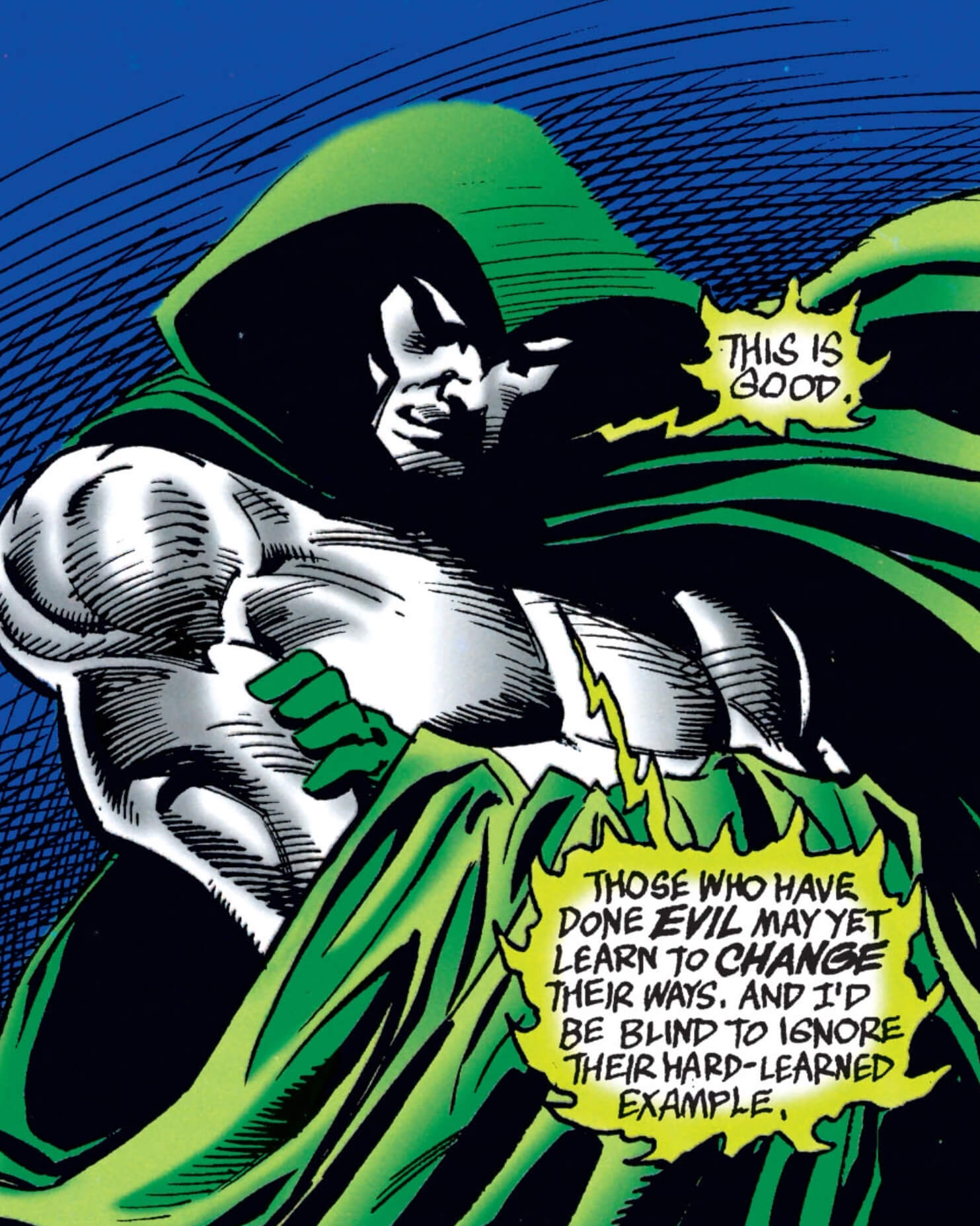 POWER SET: The Spectre has super-strength, invulnerability and can manipulate space, time, and matter. His powers are vast but can only be used on those he judges guilty.

ORIGIN: The being now known as the Spectre began as a demon named Aztar, who sought penance for joining in Lucifer’s rebellion against Heaven. Seeking redemption, the Spectre became God’s instrument of vengeance. Over the years, the Spectre has employed a variety of human hosts. The most notable was a detective named Jim Corrigan.

BONUS: Check out the Spectre’s creepy DC Showcase animated short film, found after the credits of Superman/Shazam: The Return of Black Adam. 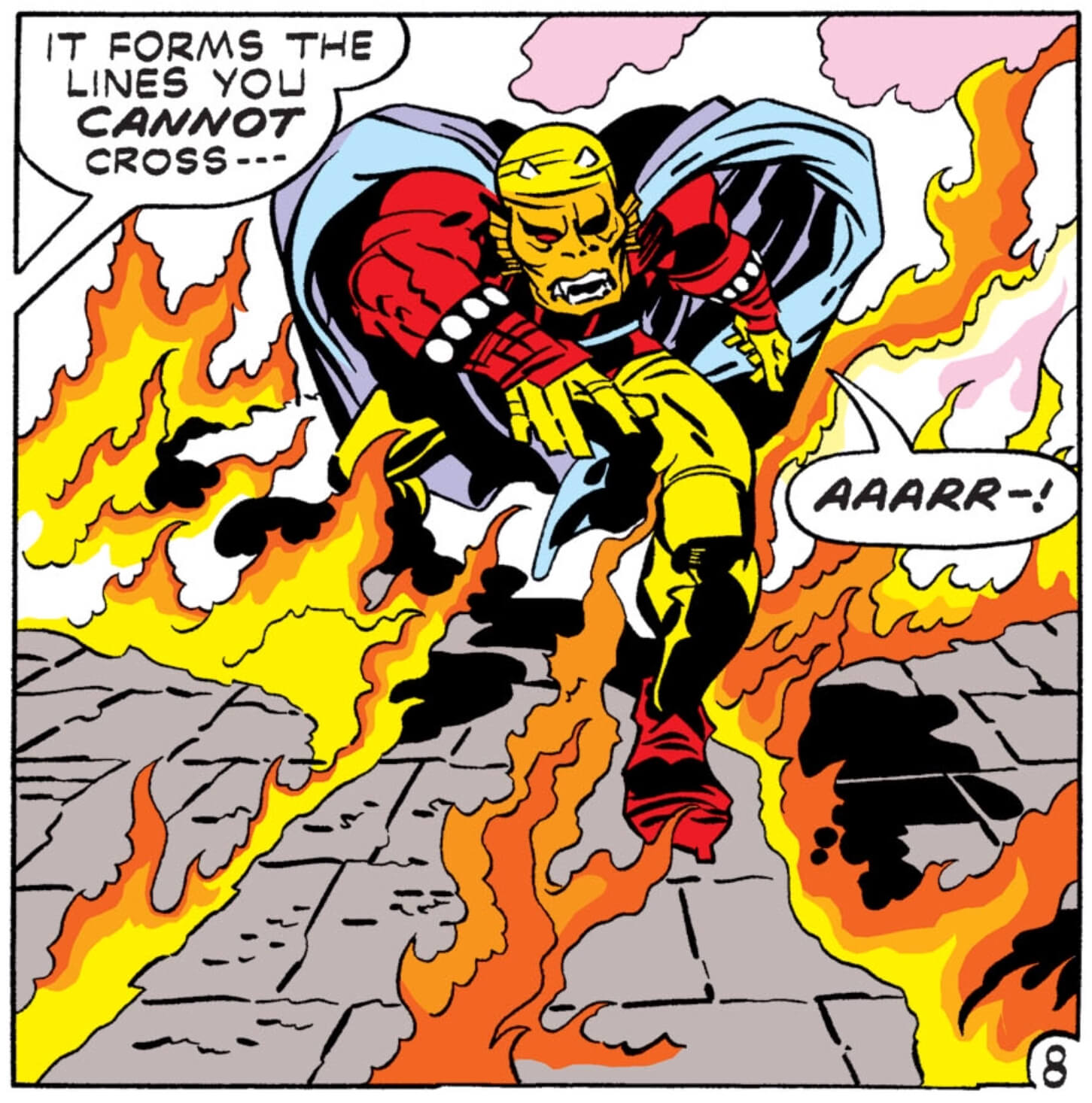 FIRST APPEARANCE: The Demon #1 (story and art by Jack Kirby)

POWER SET: Etrigan has control over fire, which he usually channels by breathing vicious hellfire from his mouth. Wounds do little to hurt Etrigan, thanks to his healing power and the way his mind perceives pain as pleasure. Etrigan also has super-strength, clairvoyance, and telepathy.

ORIGIN: Etrigan is a demon who was summoned to our realm by the wizard Merlin. When Etrigan refused to give Merlin the secrets of the underworld, the wizard retaliated by bonding the creature with a human knight named Jason Blood. This symbiosis made Jason immortal, and he went on to become a traveling demonologist. Whenever his services are required, Jason recites a poem and transforms himself into Etrigan the Demon, who himself speaks in rhyme.

BONUS: Check out Etrigan’s animated debut in The New Batman Adventures episode “The Demon Within.” 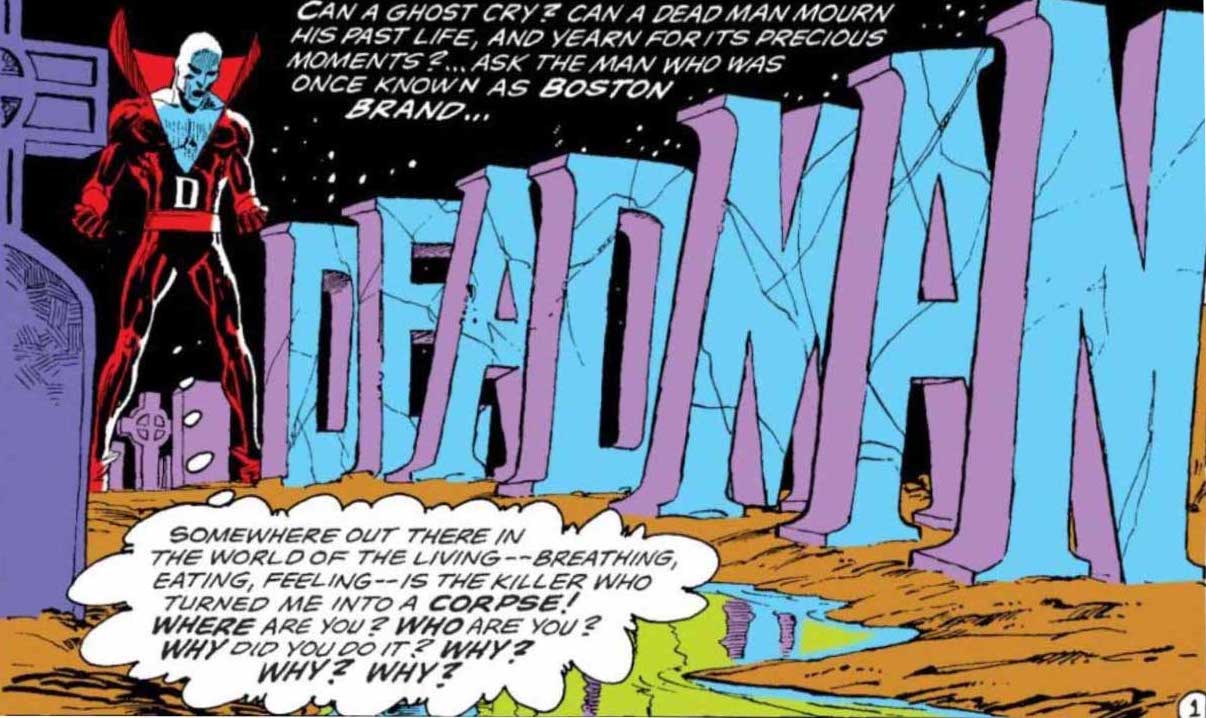 POWER SET: Like a ghost, Deadman is invisible to most people and has the power of flight and intangibility. He can take over the body of any living creature and temporarily make them do his bidding.

ORIGIN: Boston Brand was a circus acrobat, whose life was cut short by an assassin’s bullet during one of his aerial performances. Brand was given a second chance by the Hindu Goddess Rama Kushna. Since Brand had lived a life of kindness, Kushna granted the wandering soul the ability to walk the earth as a body-jumping spirt in order to find his murderer.

Which DC horror hero sends chills down your spine? Let us know in our Community!