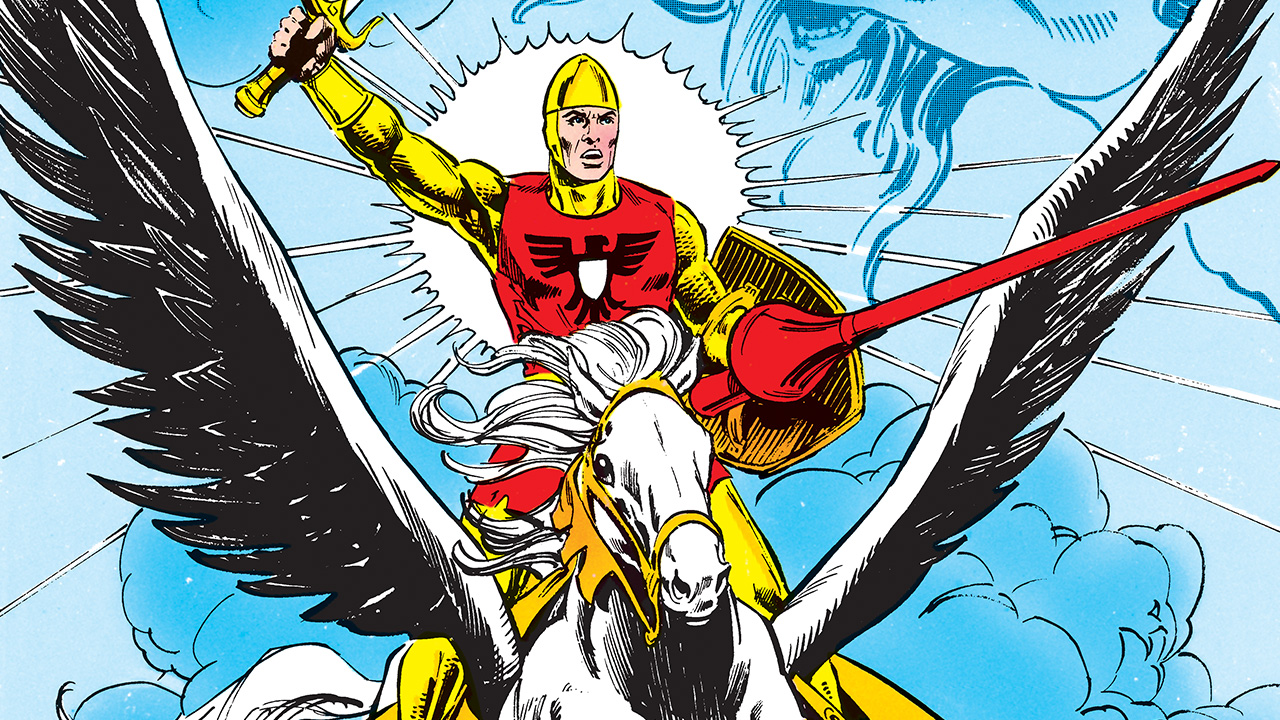 DC has a lot of heroes, but not all of them can be an A-Lister like a Superman or a Wonder Woman—heck, they can’t even all be a B-Lister like Booster Gold or Martian Manhunter. There are many tiers of popularity. Unfortunately, the D-Listers are relegated to the very bottom. But all hope is not lost! There have been plenty of great characters whose popularity has waxed and waned, and who only need a little tweak to head back to the top. So in the wise words of Beyonce “let me upgrade you.” Here are 7 D-List Heroes,  and how to get them to the A-List... 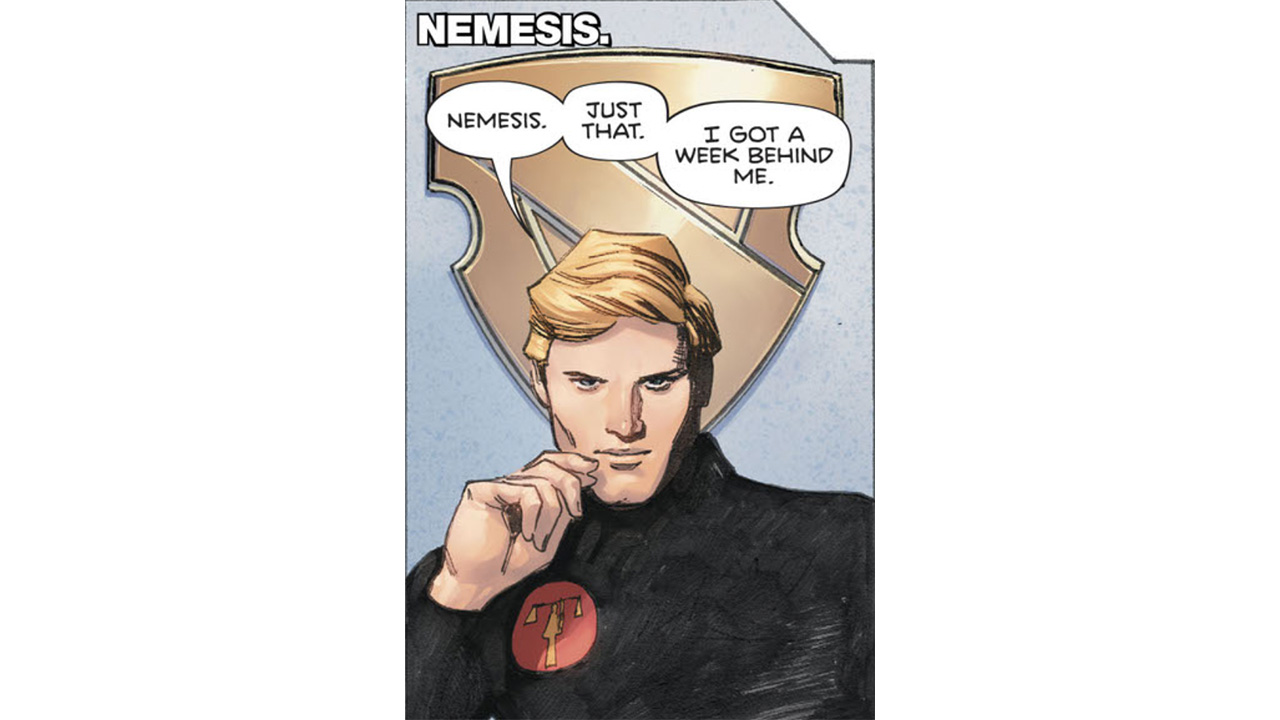 Thomas Tresser is the master of disguise and government operative known as Nemesis. He’s usually on his own such as in Nemesis: The Imposters, but occasionally teams up with the likes of the Shadow Fighters and even had a stint in the Suicide Squad. He’s not completely devoid of interesting stories. Most recently, he was featured as a Sanctuary patient in Heroes in Crisis. His most interesting story is in Final Crisis Aftermath: Escape, Thomas is held captive in a mysterious dystopia by the Global Peace Agency. It’s an excellent story and heavily inspired by Patrick McGoohan’s The Prisoner.

A-LIST ADVICE: A master of disguise should have a better outfit. Somehow, the bland outfit makes him stand out more. Perhaps a shirt that doesn’t have your secret organization’s logo on it… Something cool, sleek, and functional, but doesn’t look like a magazine turtleneck model.

Although the daughter of occult investigator Dr. Thirteen,  Traci inherited her magical abilities from her mother. She specializes in “urban magic,” meaning that she is able to tap into the power of cities. She can also sense magical auras, possess others, and telepathically link to her iguana familiar. So far, she’s gotten short shrift with limited appearances in Action Comics, Blue Beetle, Tales of the Unexpected, Teen Titans, and The World of Flashpoint.

A-LIST ADVICE: Join the Teen Titans! She was asked to join by her boyfriend, Jaime Reyes, but declined. Traci’s magical powers would be extremely useful on any team. Personally, teaming up with John Constantine would be fun (if she could stand him for that long). 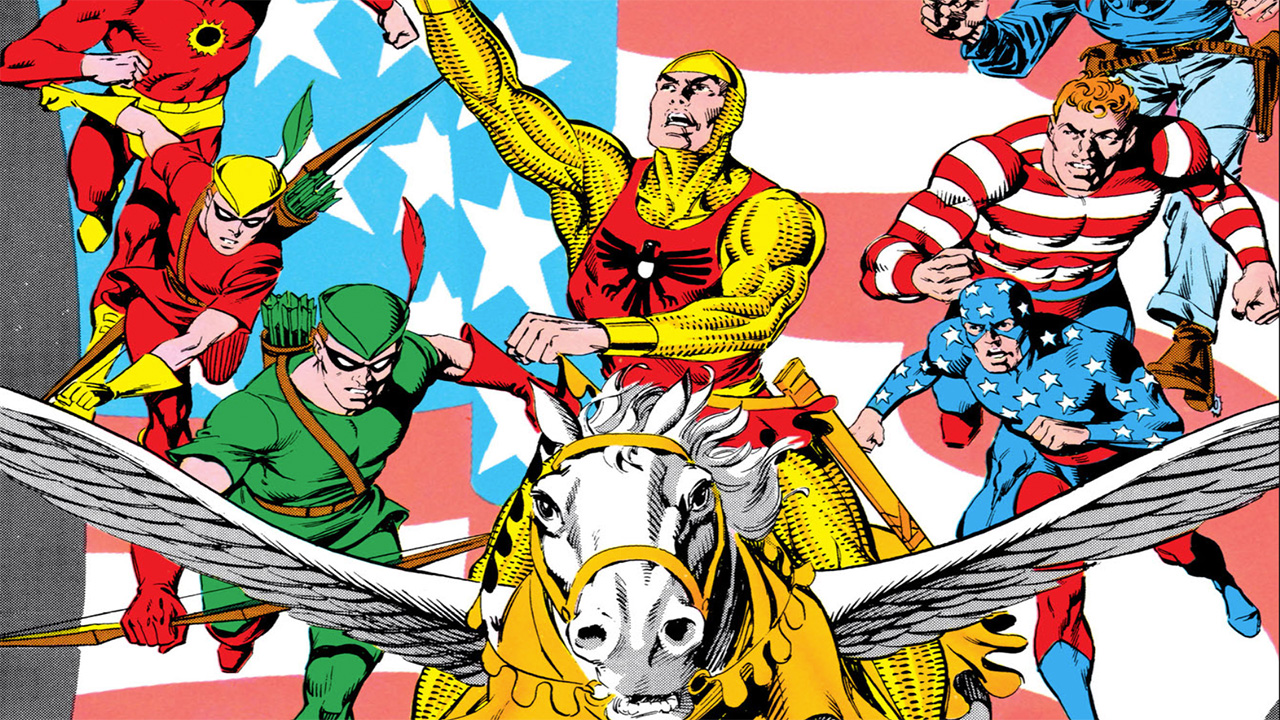 After this Knight of the Round Table was found frozen in time, Sir Justin used his magic sword and winged horse to aid England in World War II. Because of his heroics, this former Knight-sicle joined the ranks of the Seven Soldiers of Victory. After his sword was used to kill Firestorm in Identity Crisis, Sir Justin disappeared. In the New 52, a new version of Shining Knight named Ystin was introduced. Living inside were two spirits, one male and one female. After a battle in Camelot, they were saved from death by drinking from the Holy Grail, which granted them immortality. They spent their life as a traveling hero, until discovering their true destiny- once again finding the Holy Grail!

A-LIST ADVICE: Updating the Dragon’s Lair look is a must! Something functional that looks more like a Knight and less like a disposable pawn. Focusing more on the monster hunting and grail hunting is definitely a great start to becoming A-List, but enlisting some mystical A-Listers to help would really skyrocket Ystin up the list. Maybe text Zatanna and see if she's free for a team-up? 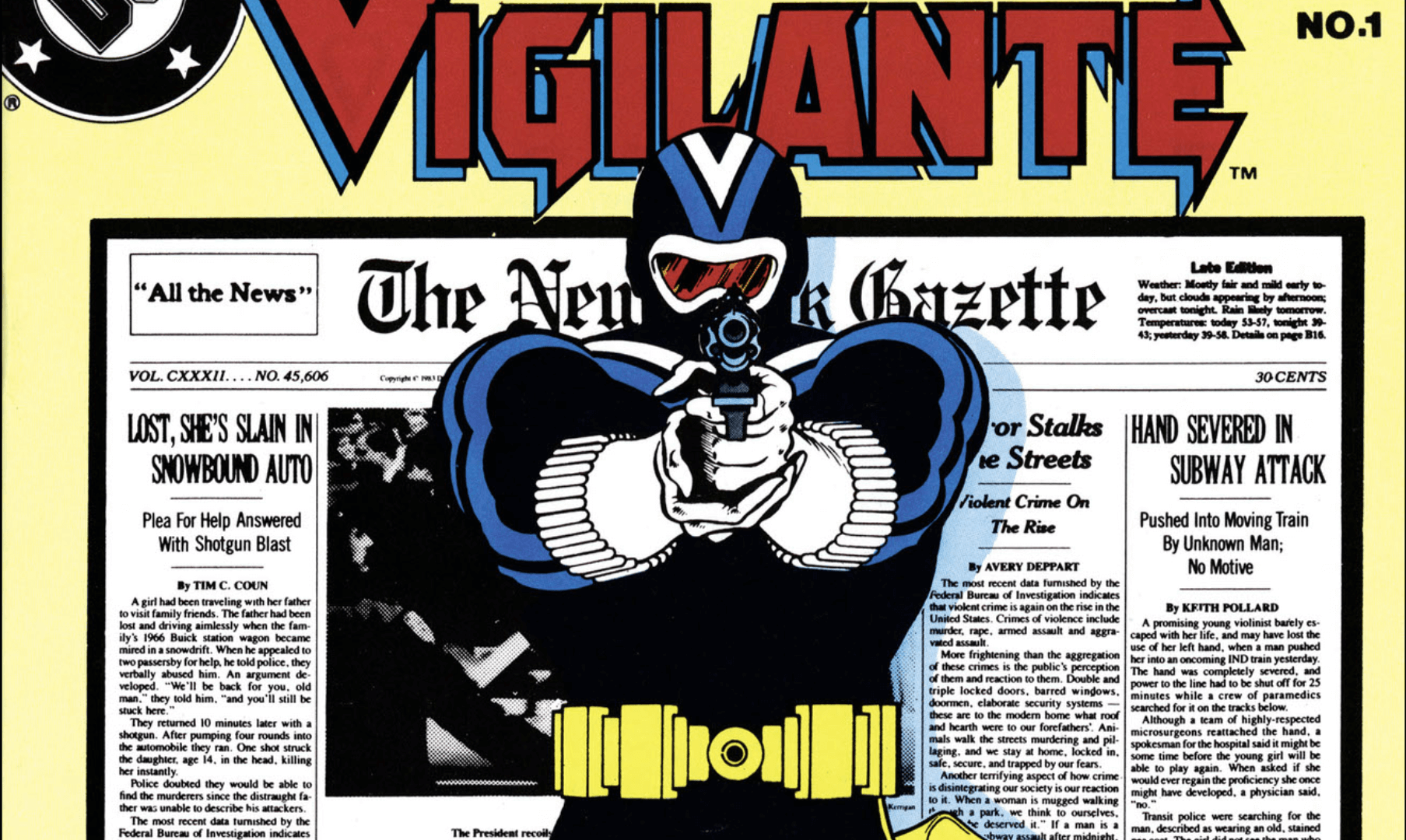 District Attorney Adrian Chase was the first new Vigilante appearing in The New Teen Titans #23 as an ally and eventually his own title in 1983. Boasting regenerative powers, this master combat expert lived up to his namesake. Despite this, he’s often forgotten among the other heroes. One reason is that he might be too similar to other heroes like the aforementioned Nemesis.

A-LIST ADVICE: Although he’s already an updated version of a cowboy character, Vigilante could use an all around revamp. Firstly, his biathlon outfit is impractical. Those goggles are not doing him any favors when aiming down a sight. He needs something more intimidating and a little more subtle. Maybe he should consult Deadshot on some fashion tips. Also, on the branding front his name is fairly generic. 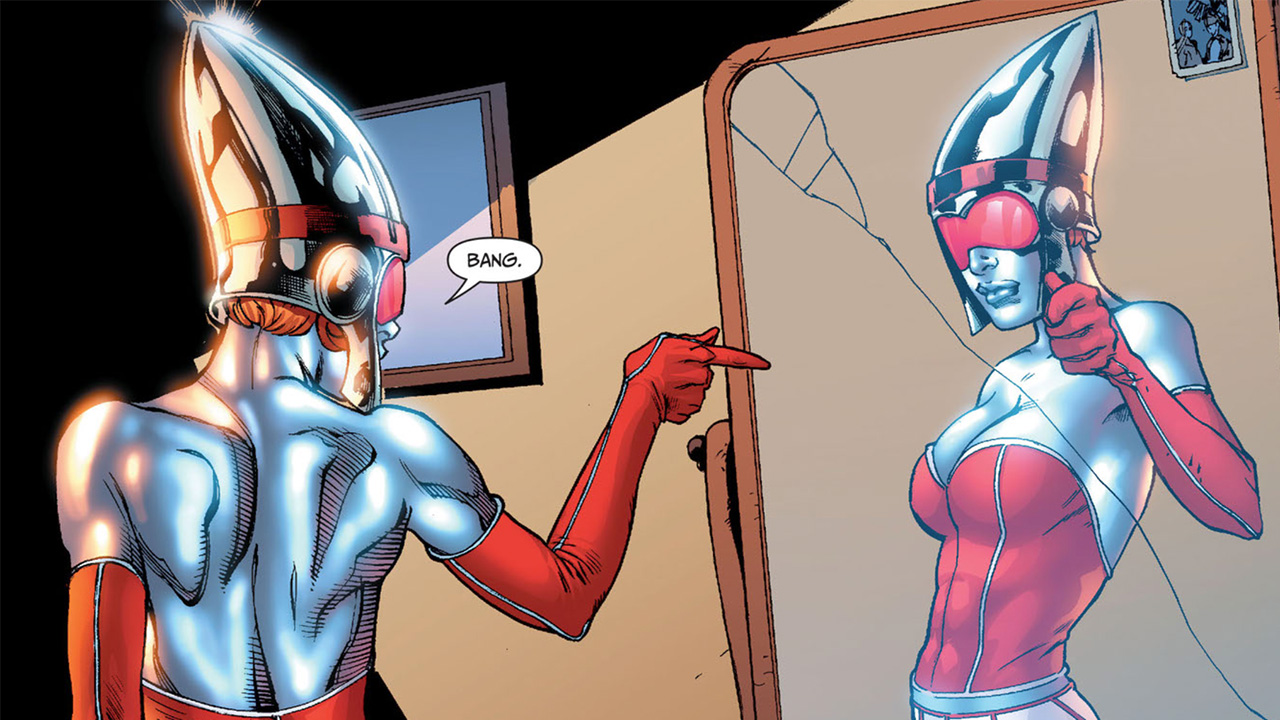 The second of the Seven Soldiers on this list, Bulleteer gained her powers and silver appearance from an accident that killed her husband. He was attempting to create Smartskin to give himself flight, invulnerability, and super strength; instead, Bulleteer gained these powers. Initially reluctant to join the hero game, she moonlighted as a bodyguard as well as stopped small time criminals. Eventually, she joined the Seven Soldiers of Victory and at one point was an interim member of the JLA.

A-LIST ADVICE: She could have a lot more street cred if she used this Smartskin to build armor for other heroes. Could you imagine Batman with these powers? Plus, he’d always stay shiny! Additionally, she needs to ditch the conehead for something a little sleeker. Might I suggest something a little closer to the Rocketeer? 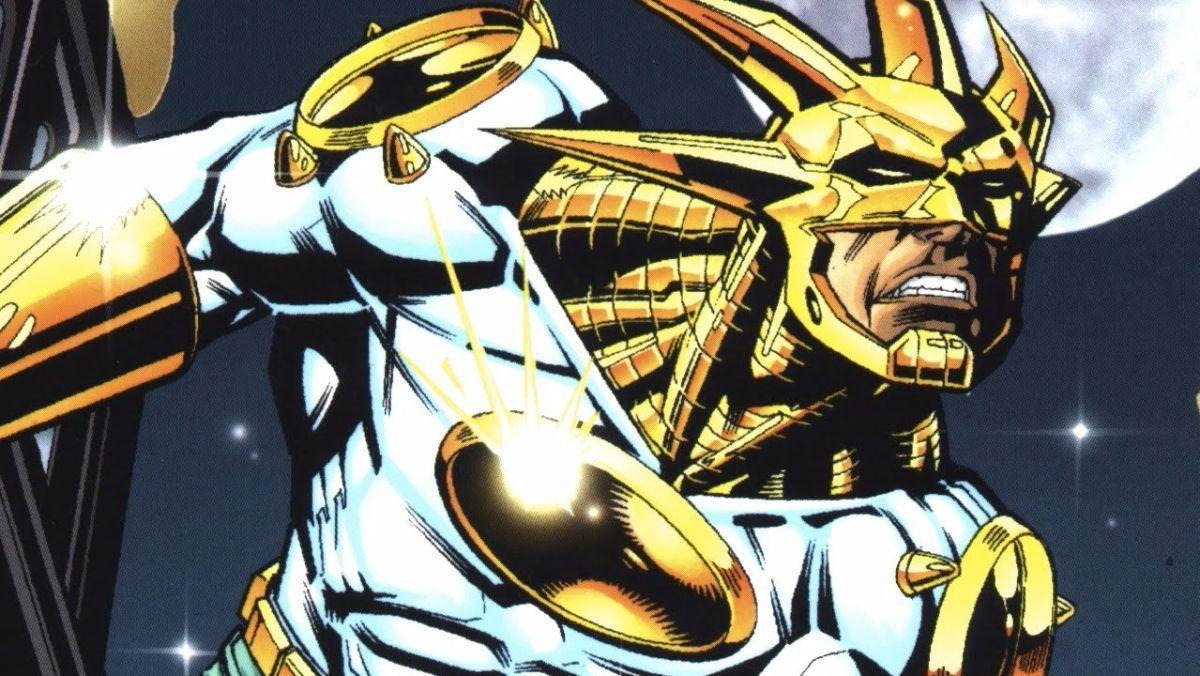 Uno was raised to become the hero Aztek by Q-Society, a secret organization in charge of carrying on the legacy of the god, Quetzalcoatl who keeps away the dark force of Tezcatlipoca. When not using all of the Scrabble letters, the Ultimate Man is protecting Vanity, Oregon. His power comes from his Quetzalcoatl Helmet and Battlesuit (say that five times fast). These magical objects grant him energy projection, flight, and the ability to tap into the collective memories of past wearers.

A-LIST ADVICE: Location. Location. Location. Start looking at apartments in someplace like Gotham or Central City. Sitting in the Pacific Northwest, he’s quite isolated from the action. Sure, he has the power of flight (that’s levitation, Holmes), but the commute to Metropolis is the worst. 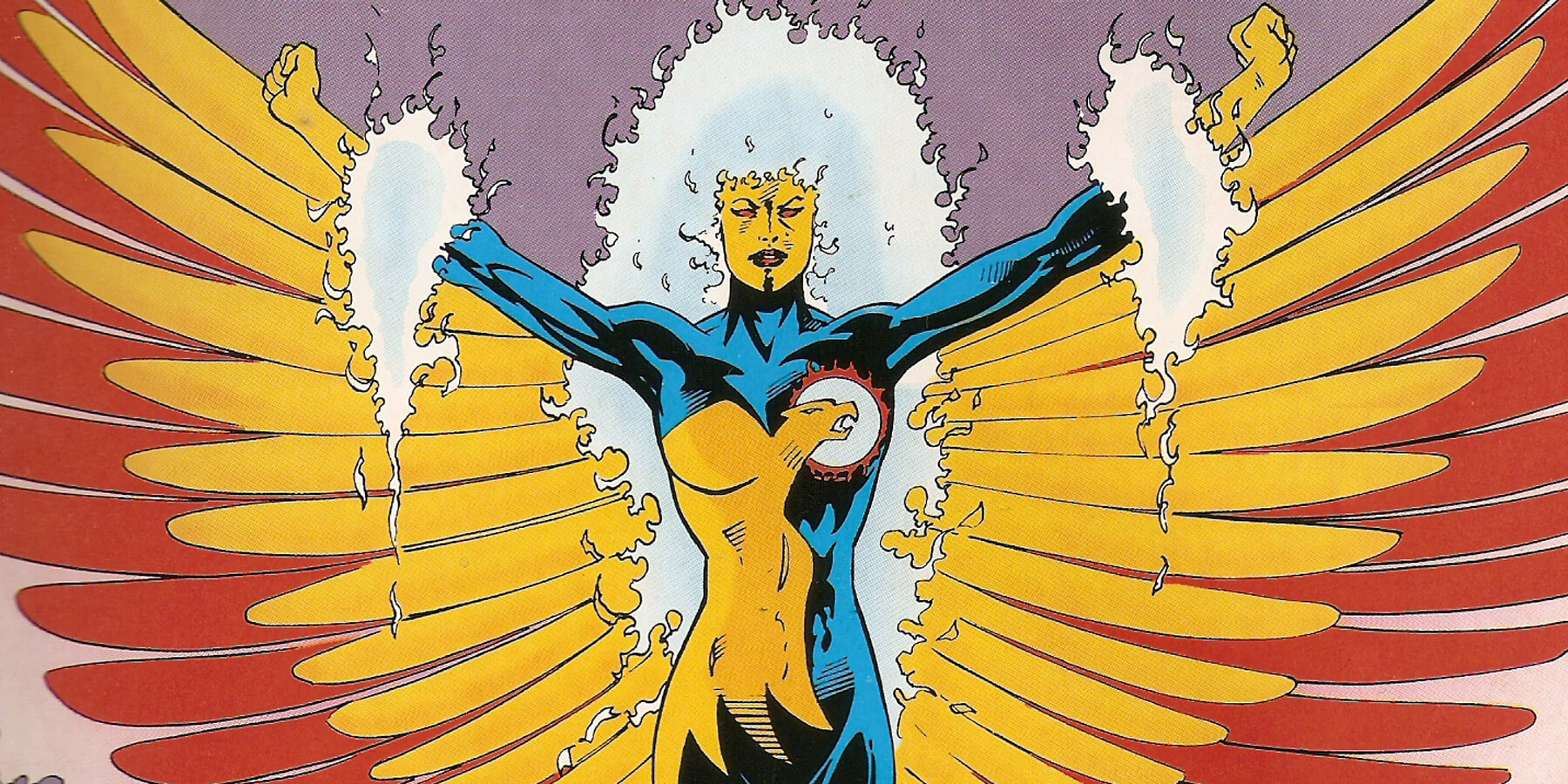 Last, but certainly not least is Firehawk. Senator Reilly’s daughter, Lorraine, was initially kidnapped to gain political favor, but she ended up being experimented on and hypnotized turning her into the blazing Firehawk. Her powers, similar to those of Firestorm, were to be used to destroy the Nuclear Man. However, after a brief battle, Lorraine broke through the hypnosis and put her brief criminal history in the rearview. Soon her and Firestorm became an item and the rest is history. In recent years, she has ditched her bird motif for a look that is closer to Firestorm’s look. She’s no longer Lorraine, she’s Theresa and is the Firestorm of France.

Which character would you like to see join the A-list? Let us know in our Community!