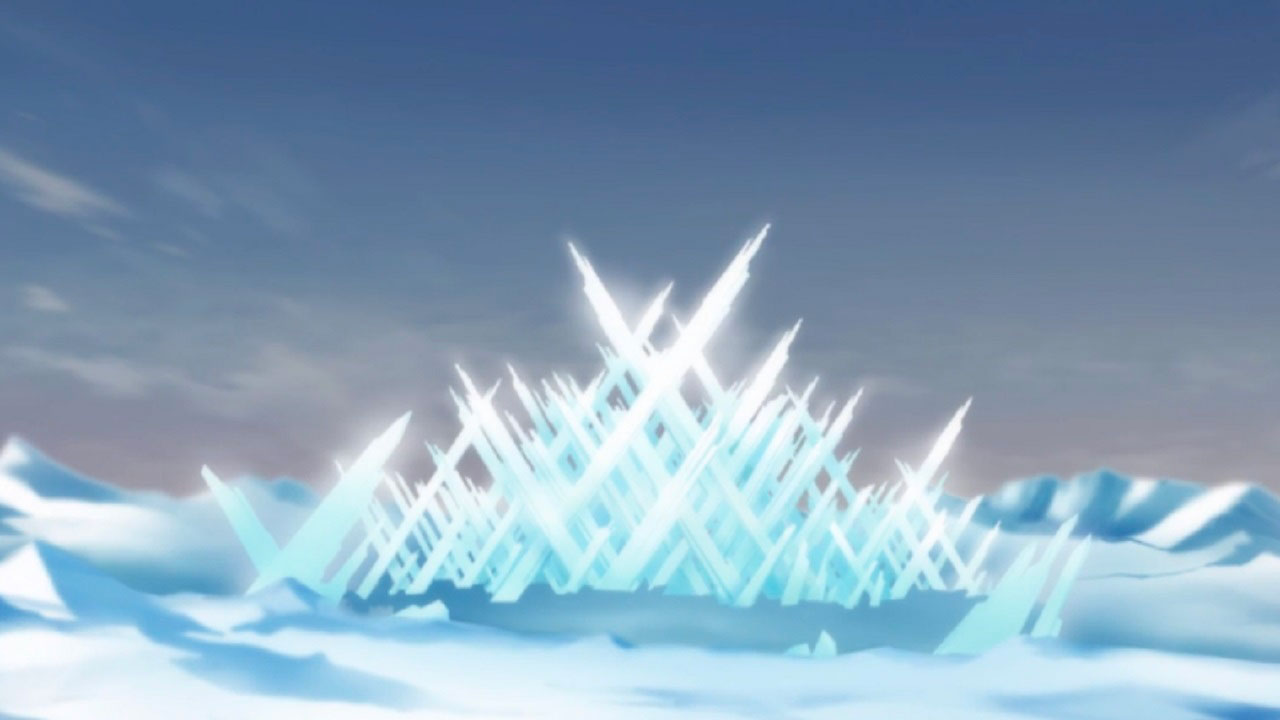 The 7 Coolest Items in Superman's Fortress of Solitude

We recently took a trip to Gotham City, where we toured the Batcave and saw some of its coolest items. That was fun, but why go to a dark cavern filled with bats when you could explore a fortress in an Arctic winter wonderland? Let’s take a look at the coolest items you’ll find inside Superman’s Fortress of Solitude!

This item technically isn’t in the Fortress of Solitude, but it’s one of its most interesting accessories. The Fortress of Solitude has a lock on its door, but the key is right outside in plain sight. Don’t worry about burglars using it to unlock the Fortress though, because it’s huge! In fact, it’s bigger than a convoy of buses, and so heavy that Superman is one of the only people alive who can carry it. The key was introduced in Action Comics #241, and though it isn't present in every iteration of Superman since, it remains an iconic part of Superman lore. It’s also a daring way to keep out intruders. Keeping it so visible is Superman’s passive-aggressive way of saying, “I’m so confident you can’t break in, that I’m going to leave the key out here in plain sight.”

THE BOTTLED CITY OF KANDOR 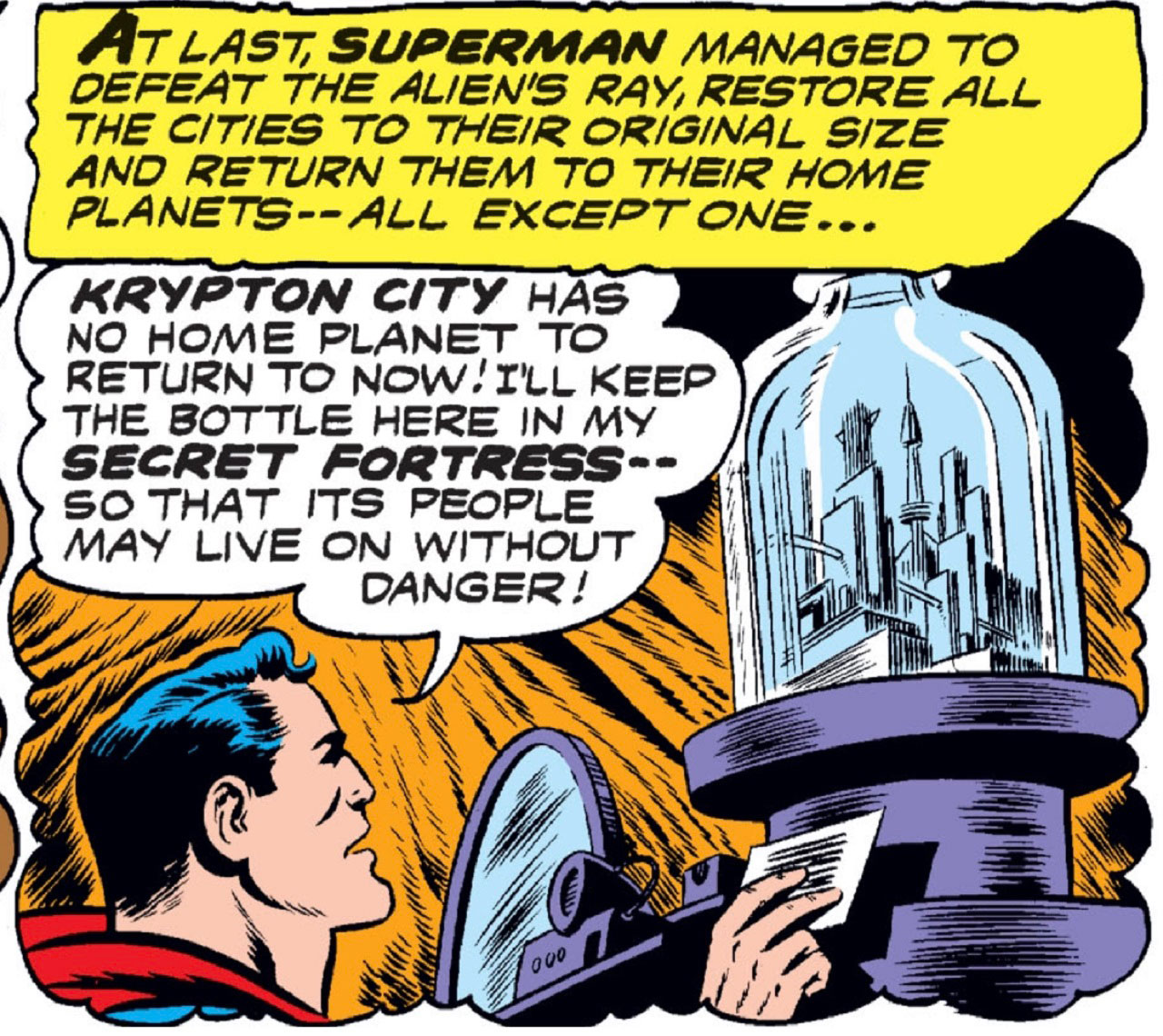 Some people have ant farms in their bedrooms, but Superman’s Fortress has an entire society in a bottle. Before the destruction of Krypton, an extraterrestrial collector named Brainiac shrunk the city of Kandor and placed it in a bottle. Superman rescued the Kandorians in Action Comics #242 and placed their bottled city in the Fortress until he could figure out how to restore it to its normal size. For years Superman took care of the tiny citizens, and there were times when he would shrink down to visit their city. The Man of Steel was able to restore the city in Superman #338, but by Superman #371 an entire new group of humanoid aliens had moved into Superman’s replica of the bottled Kandor. Maybe people just really like living in the Fortress? 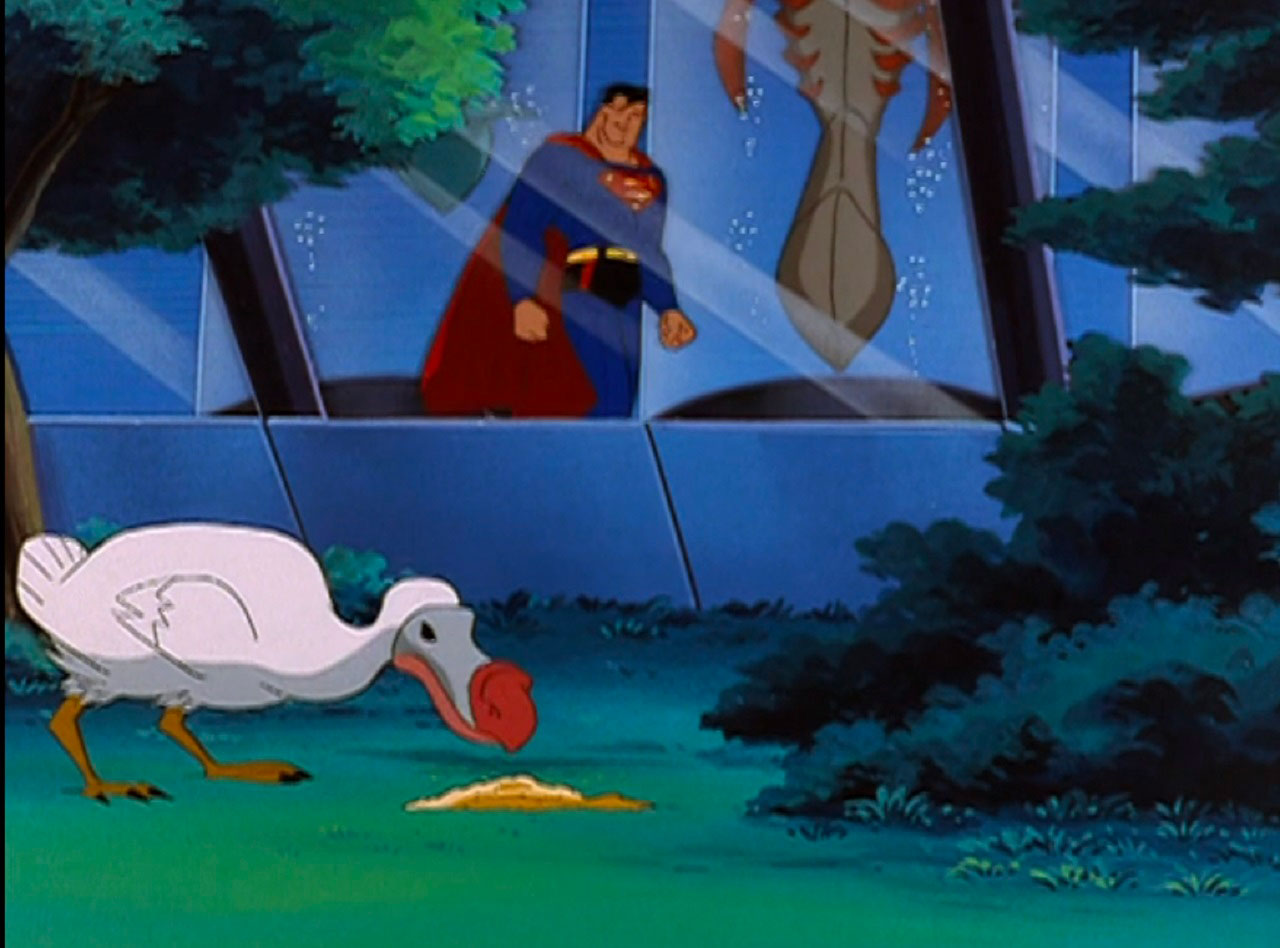 If a fully functional city of microscopic people isn’t your bag, then check out Superman’s intergalactic zoo. It’s filled with species from all over the cosmos, some of whom are the very last of their kind. There have been a few versions of this animal sanctuary, but we’re partial to the one in the Superman: The Animated Series episode “The Main Man Part II.” After working with Lobo to defeat an alien collector, Superman kept the villain's animals so he could give them a proper home. This decision would come back to haunt Superman in the Batman Beyond episode “The Call.”

GIANT STATUE OF JOR-EL AND LARA 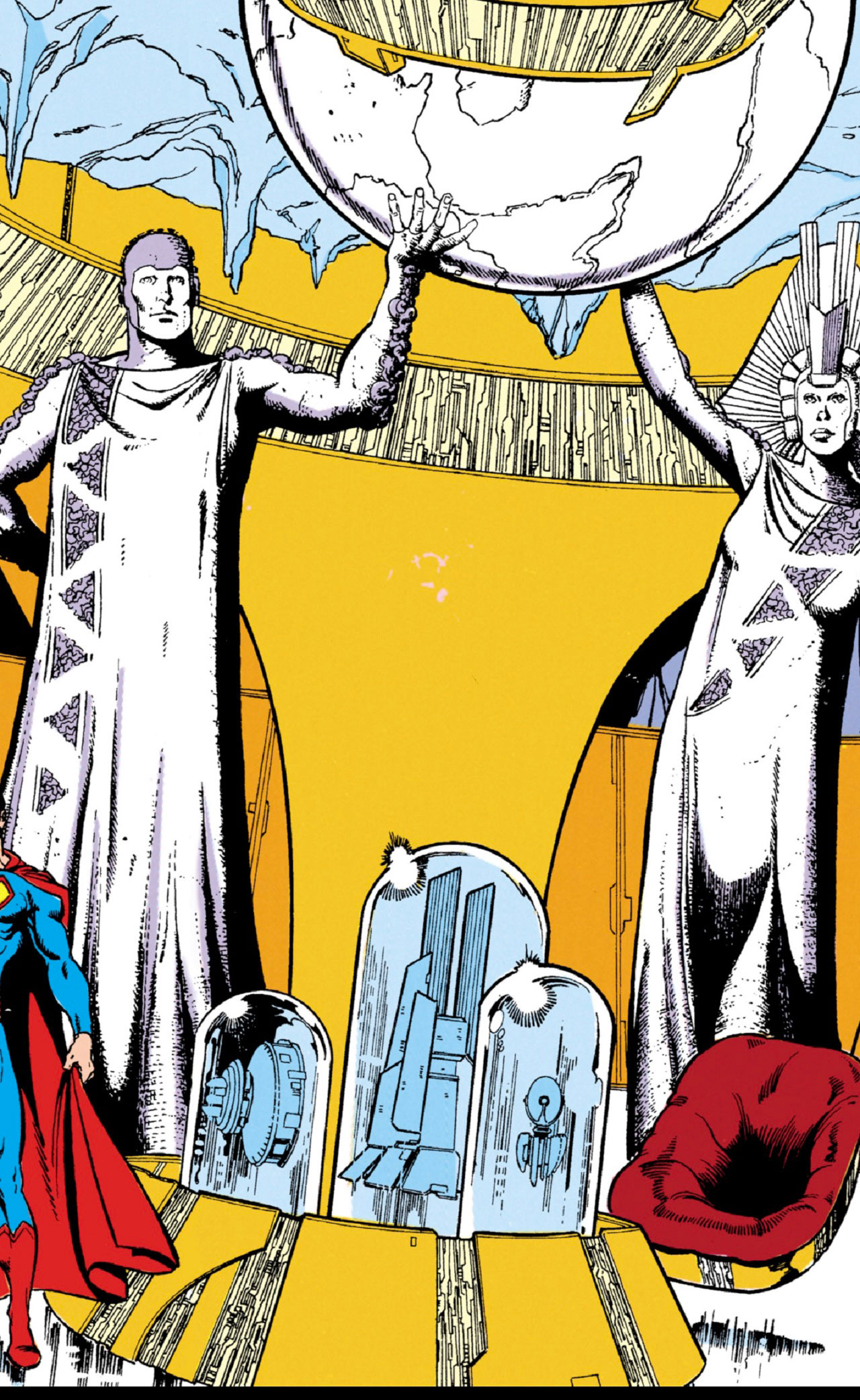 One of the most iconic items in the Fortress is the giant statue of Jor-El and Lara holding up the planet Krypton. The statue has appeared in many forms in various continuities across all media, and serves as a tribute to the lost world of Krypton. Although Superman is a Kansas boy raised with the values of Jonathan and Martha Kent, the statue of his parents is a reminder of where he came from, and the parents who sacrificed everything to ensure his survival. 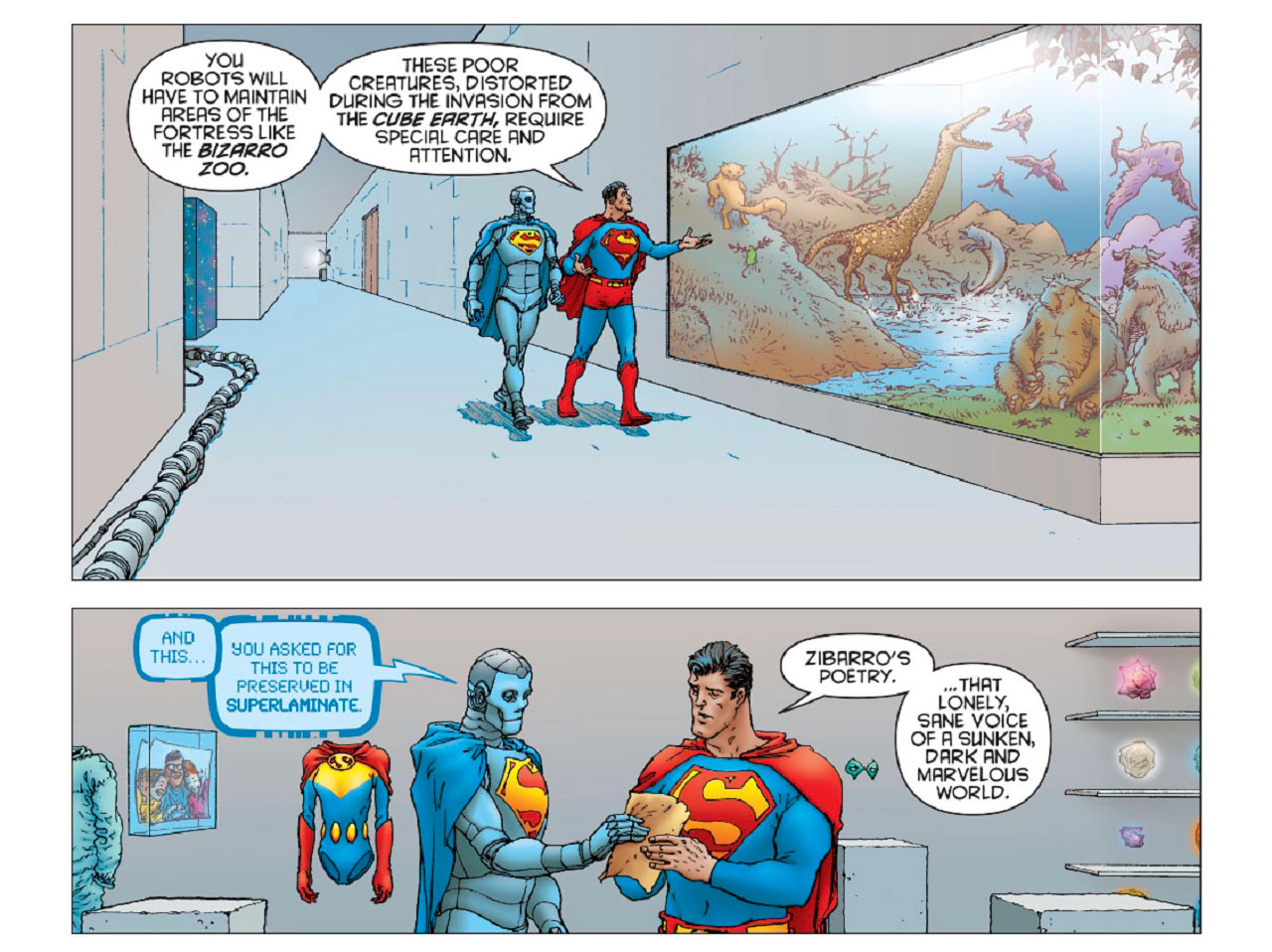 By now you might be thinking, “Sure the Fortress is cool, but the Batcave has Alfred.” While it’s true Superman lacks a dryly witty English butler, he does have an army of Superman robots who act as his servants, protectors, and more. The robots of the Fortress make sure that the animals in the zoo are fed, the people in the bottled cities are doing well, and that all the equipment is cleaned. They even help protect Superman’s secret identity during precarious situations. They may not be as quippy as Alfred Pennyworth, but they get the job done without giving Superman any unwanted sass. 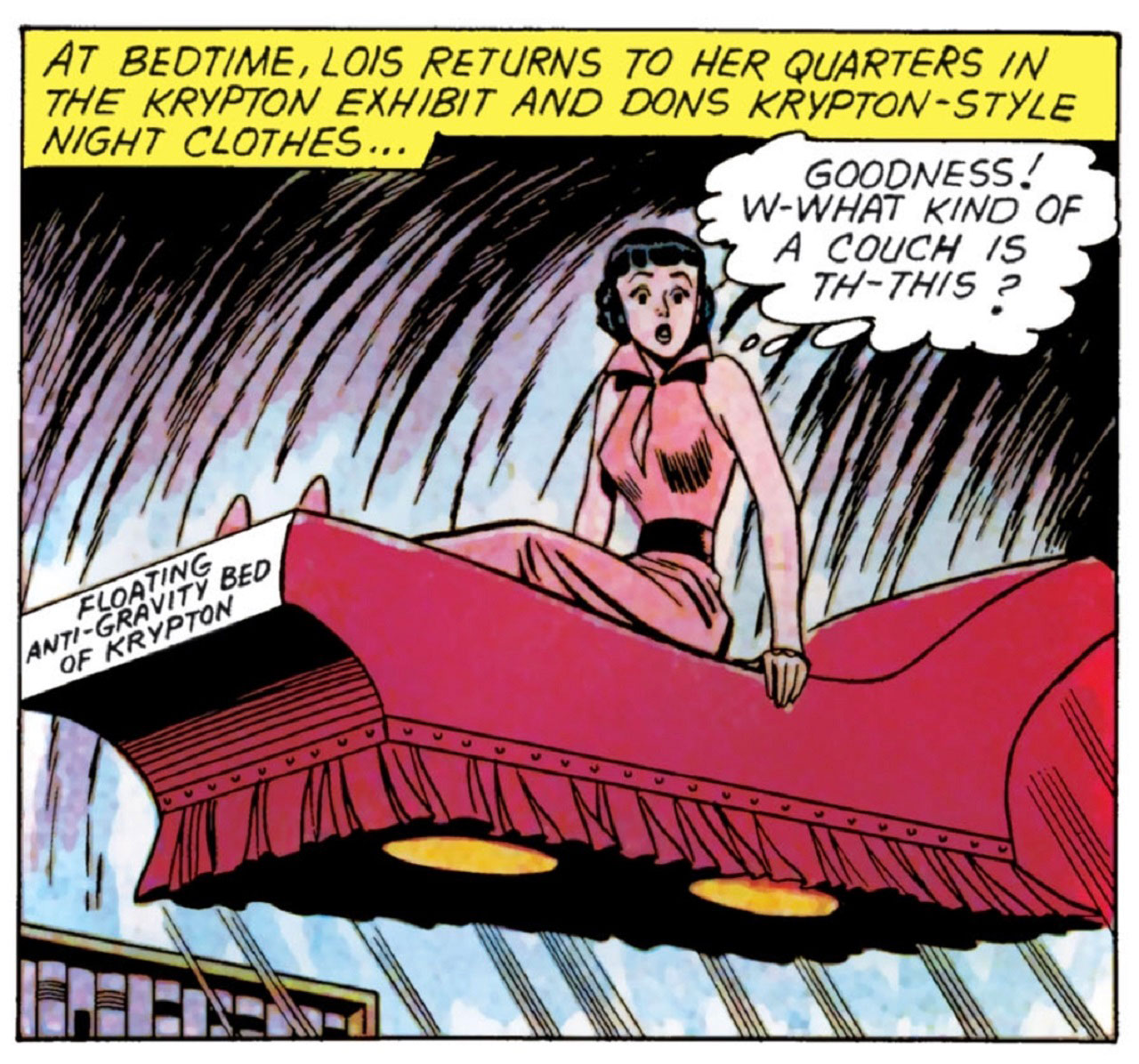 While exploring the Fortress in Superman’s Girlfriend Lois Lane #14, Lois was surprised when the bed she was resting on began to levitate. It turns out the bed was a “floating anti-gravity bed of Krypton.” Maybe she should have read the label on the front. The bed flew around the Fortress at high speeds until it crashed into one of Superman’s robots. This is even better than those beds that look like race cars! Sure, Batman is a millionaire but does his bed float?

THE CONSCIOUSNESS OF HIS FATHER

The Batcave has a touching memorial to Thomas Wayne, but the Fortress has a complete AI system programmed with the consciousness of Superman’s father. The idea was introduced in 1978’s Superman: The Movie, where Marlon Brando’s Jor-El uploaded his consciousness onto a crystal that Clark later used to build the Fortress of Solitude. Subsequent adaptations expanded on the idea, and it was eventually included in the comics (Action Comics #844). Thanks to this handy feature, Superman can ask his father for advice on everything from stopping General Zod to how to tie on a necktie.

So what do you think -- does the Fortress of Solitude have cooler items than the Batcave? If you’re a fan of Superman’s lair, you can download an exclusive desktop wallpaper to use as a cool background for your next Zoom meeting. Head on over to DC Rewards to learn more!

Where would you rather spend the night, the Fortress of Solitude or the Batcave? Let us know in our Community!