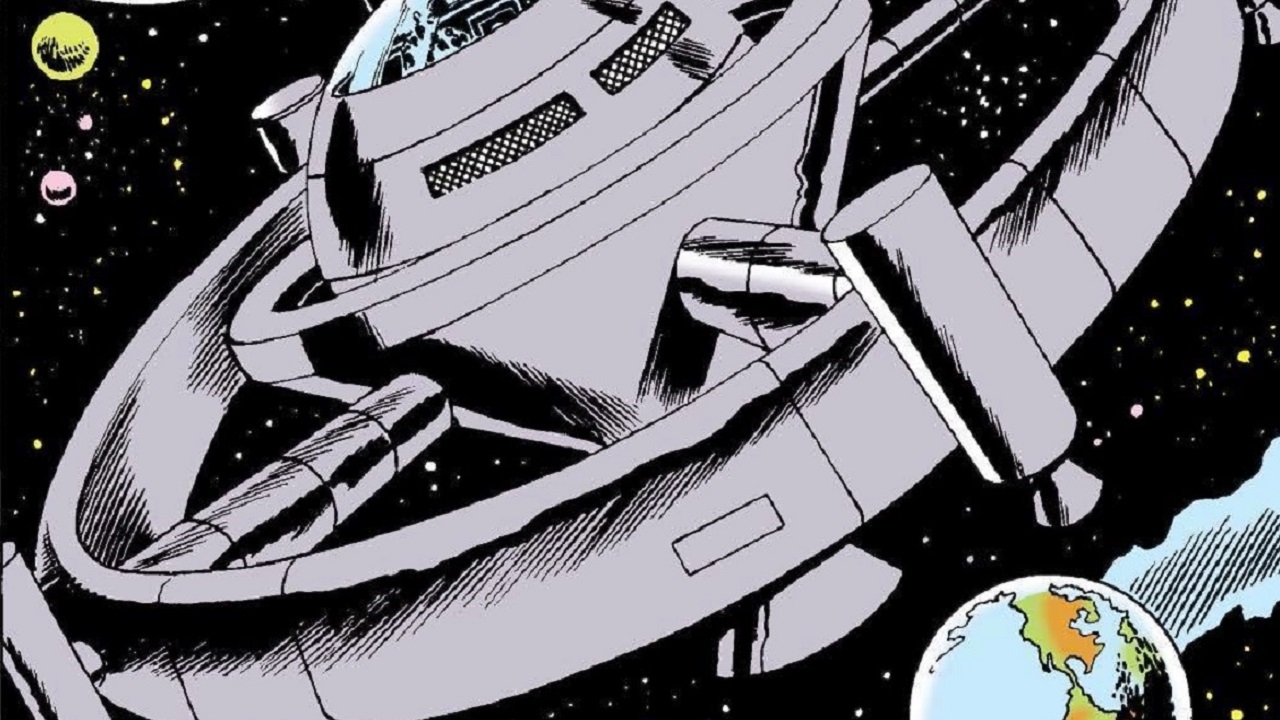 7 Cool Cribs: The Best Headquarters in the DC Universe

Are you a fan of extravagant homes with sweet features? Do you watch shows like MTV Cribs while daydreaming about your dream mansion? If you love looking at cool digs, then you've come to the right place. Being a superhero is hard work, and heroes deserve a good base to kick back and relax in. Here are the 7 coolest cribs in the DC Universe! 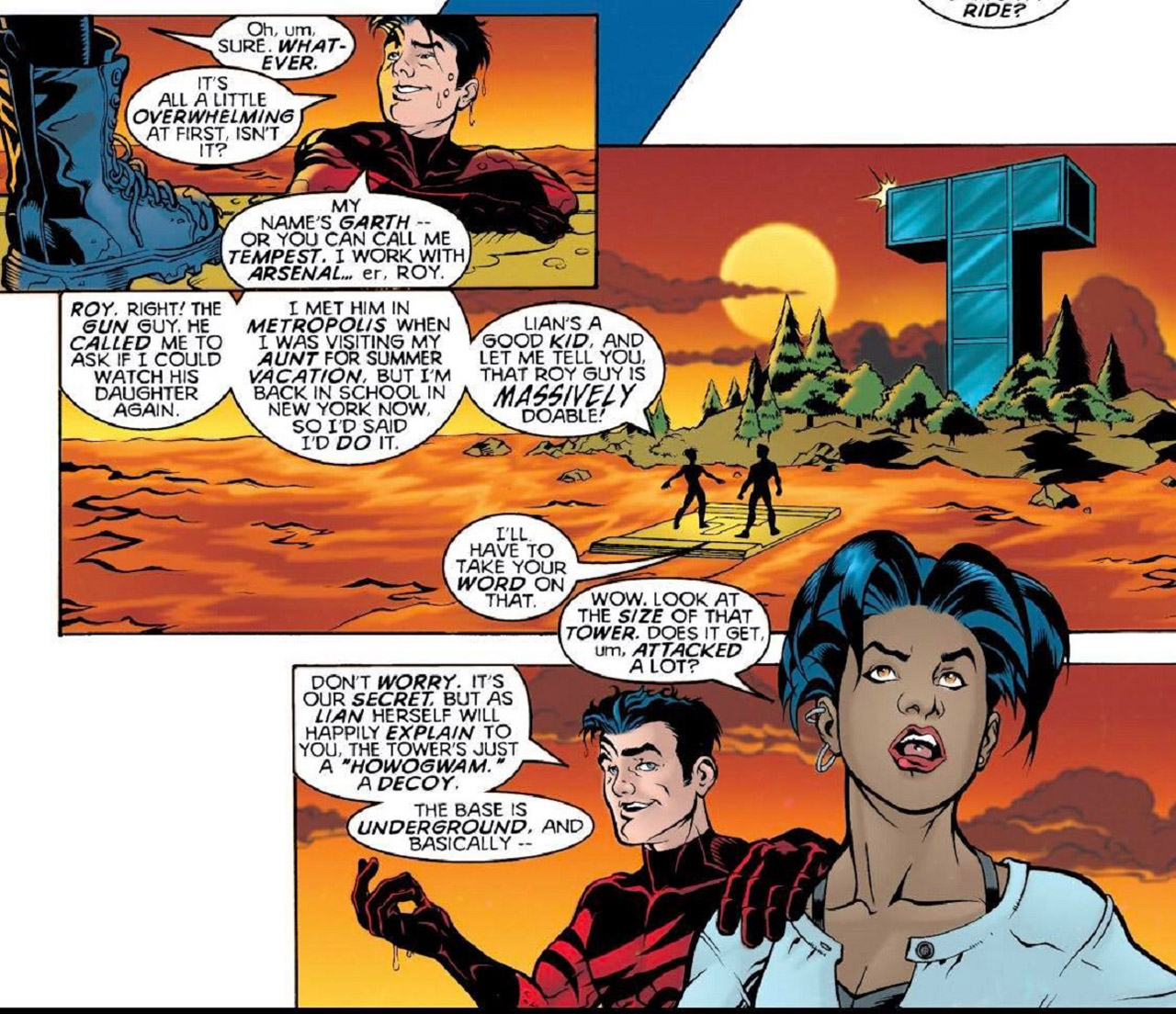 Residents: The Titans, and any extended members of the family who happen to be hanging out that week.

Why It’s a Cool Crib: The best part about this base is that it’s a holographic decoy. The Titans got tired of people constantly blowing up their original tower, so they made Titans Tower II a hologram, with the real base beneath the ground. This meant that villains who attacked the base were constantly wasting their time unleashing their firepower on light, which is kind of hilarious. 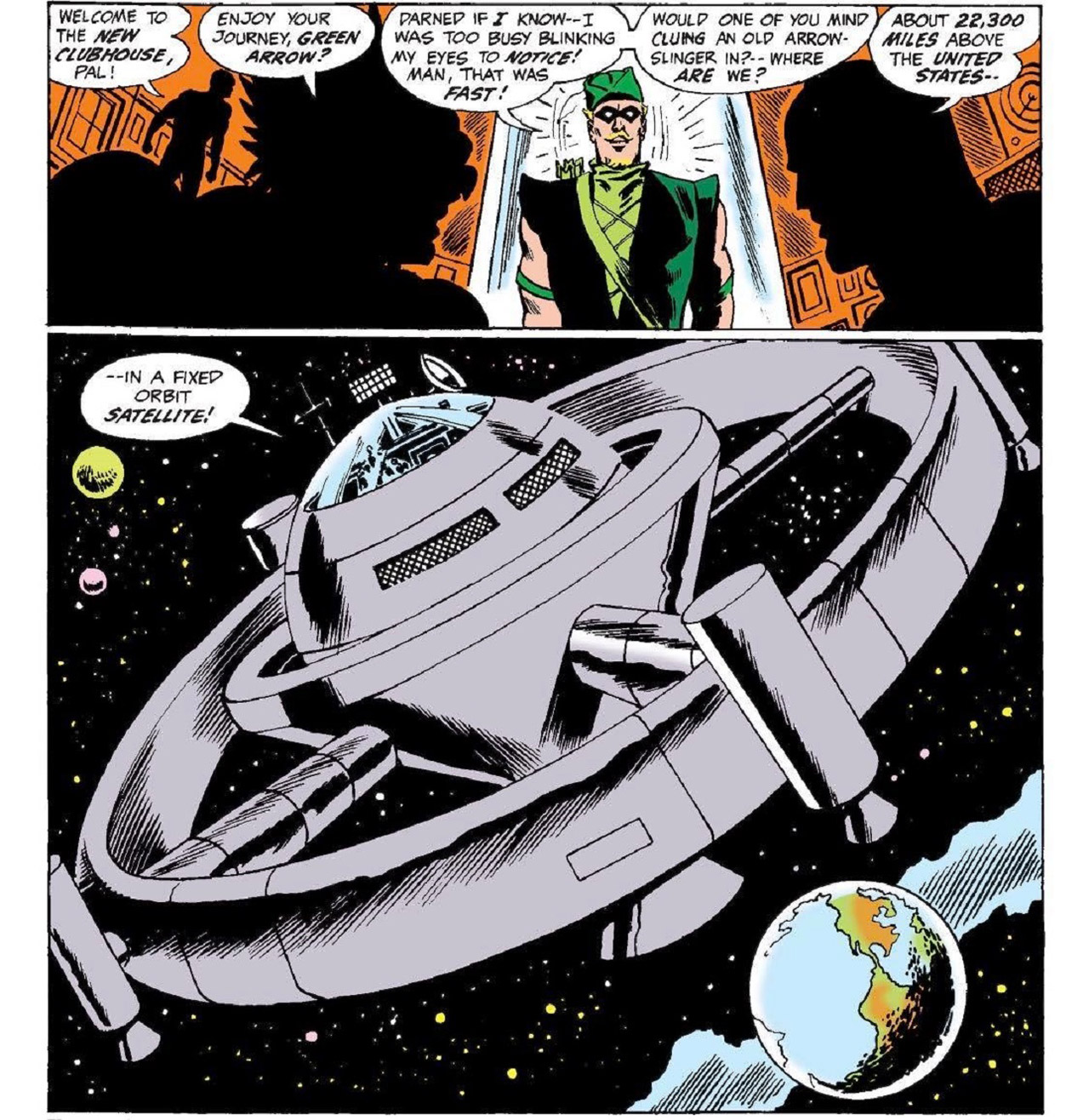 Residents: The Justice League used the original Satellite as their base of operations for years.

Why It’s a Cool Crib: It’s a base that has teleporters and orbits the Earth from outer space – what more do you need? In addition to having the coolest view this side of the Milky Way, the Satellite served as the backdrop for some of the League’s most iconic stories in the Bronze Age of comics.

THE FORTRESS OF ATTITUDE 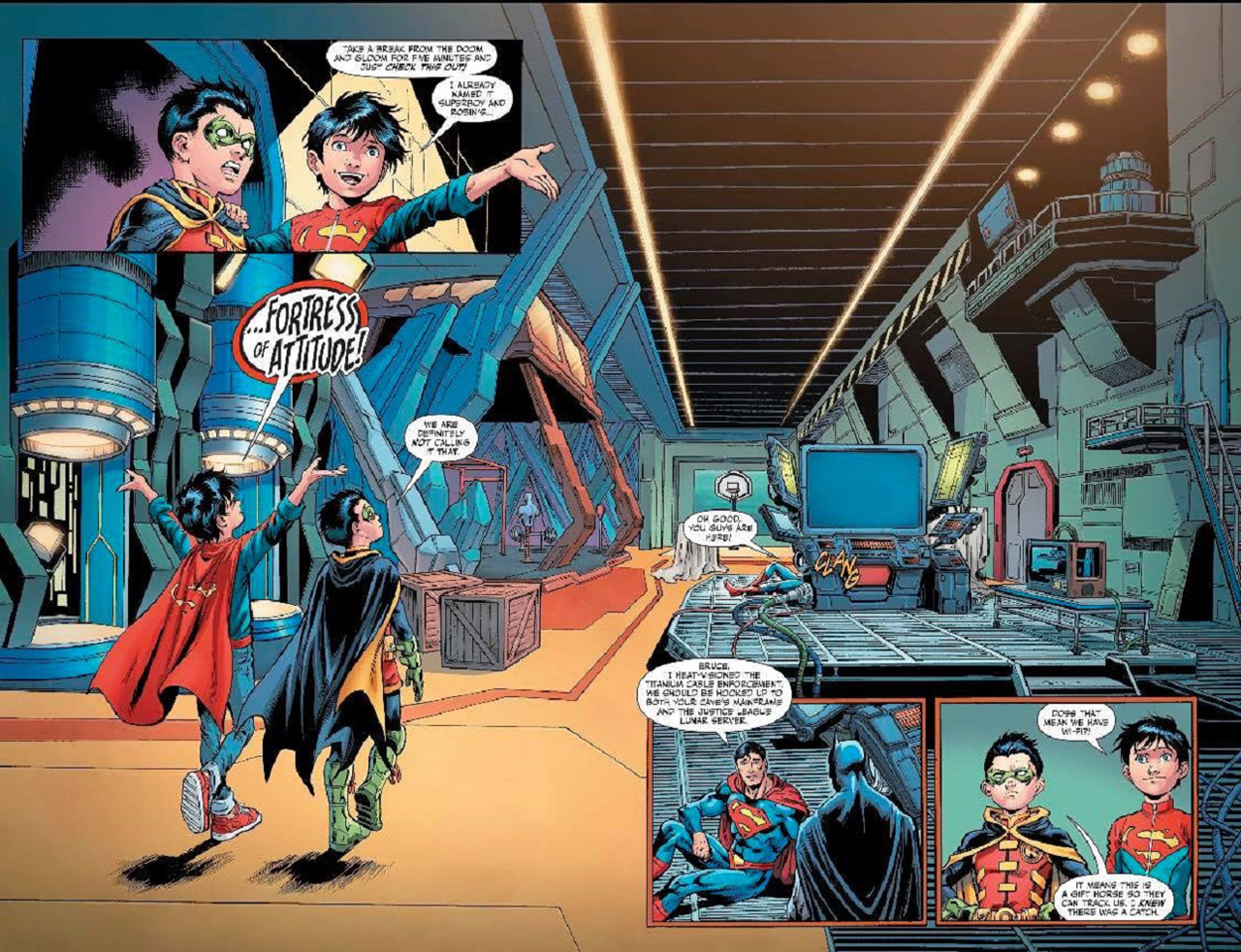 Residents: Superboy and Robin like to hang out at the Fortress, when they’re not fighting crime or arguing with one another.

Location: This epic mancave is located in a secret spot at the bottom of the ocean.

Why It’s a Cool Crib: The Fortress of Attitude is the ultimate rec room, and guaranteed to bring out the kid in everyone, even a brooding teenager like Damian. The Fortress has a basketball court, a 3D printer, and a mini-fridge. 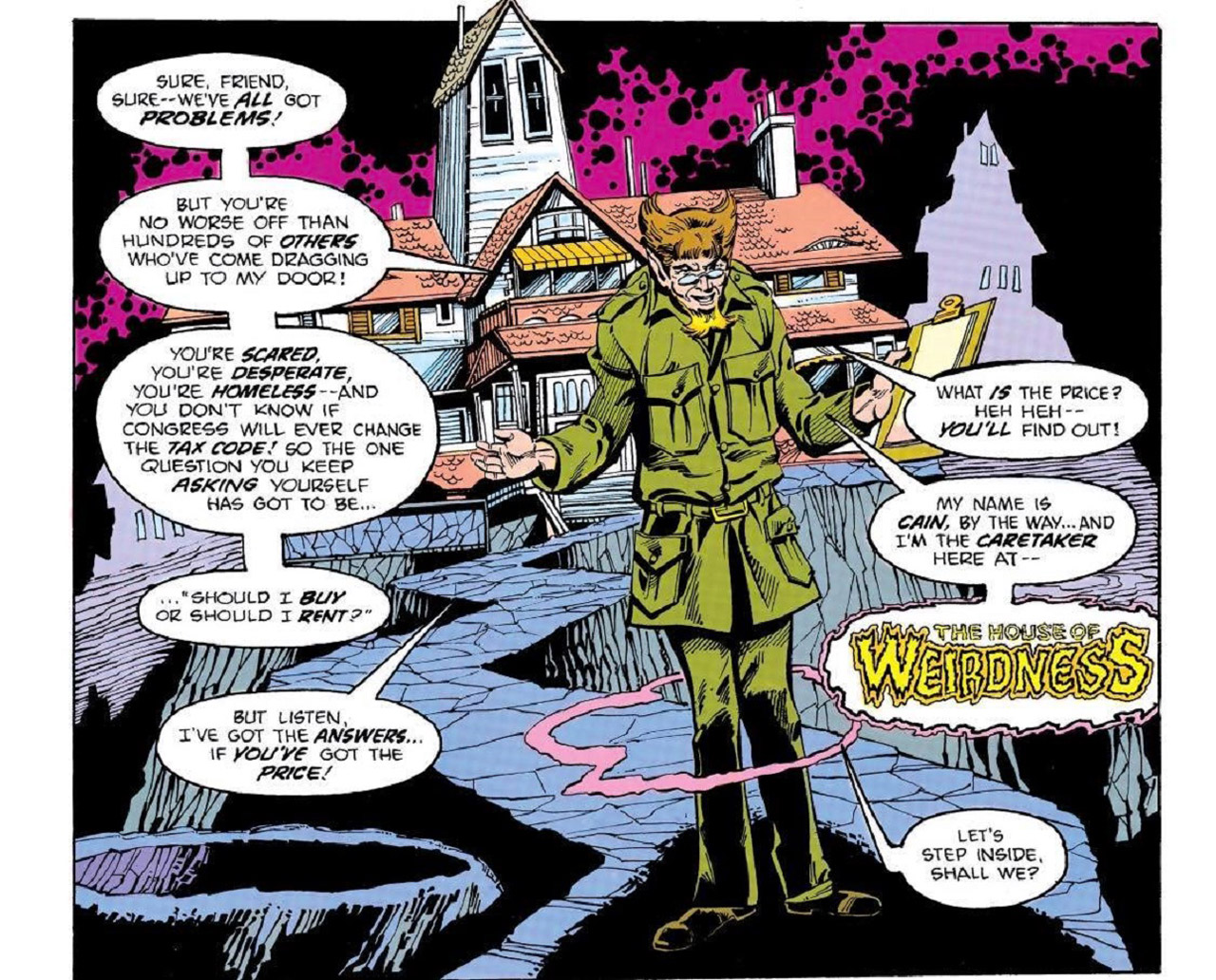 Residents: Blue Devil briefly called this oddball base his home. Naturally, Cain was the realtor.

Location: A temporal zone between time and space.

Why It’s a Cool Crib: You’ve heard of the House of Mystery and the House of Secrets, but the House of Weirdness is the strangest house of all! This wacky manor once attracted all kinds of supernatural creatures, who constantly made Blue Devil’s life miserable. But the house also served as a temporal gateway between Blue Devil’s Malibu beach house and his Metropolis home. Think of all the money he saved on travel! 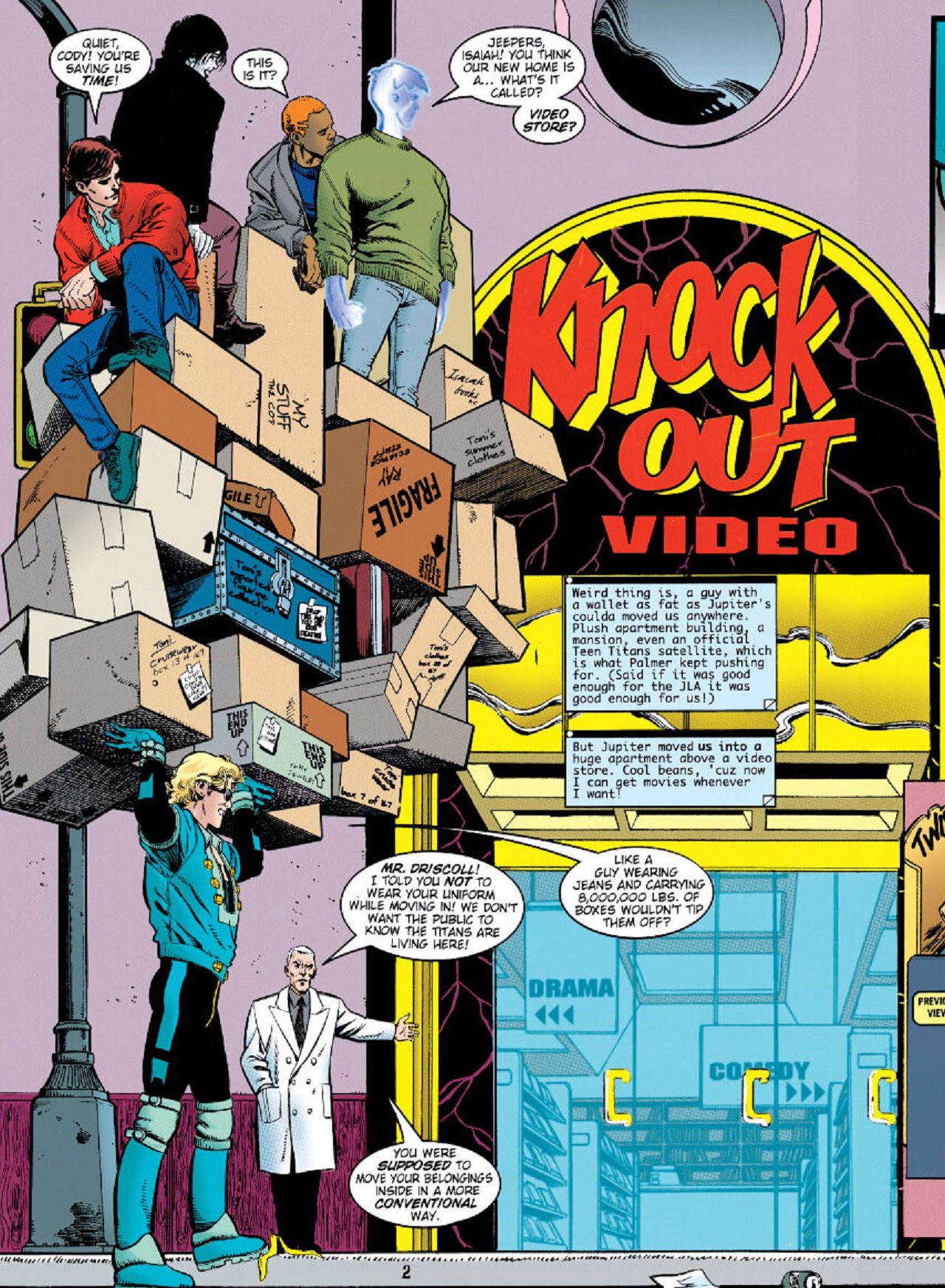 Residents: A late 1990s incarnation of the Teen Titans made their home in a luxurious condo above Knock Out Video.

Why It’s a Cool Crib: It’s a condo located above a video store! If you grew up in the '90s, you probably dreamed about living in a place like this. We know streaming has changed the landscape of video entertainment, but nothing can convince us that living in the same building as a video store isn’t the coolest thing ever. 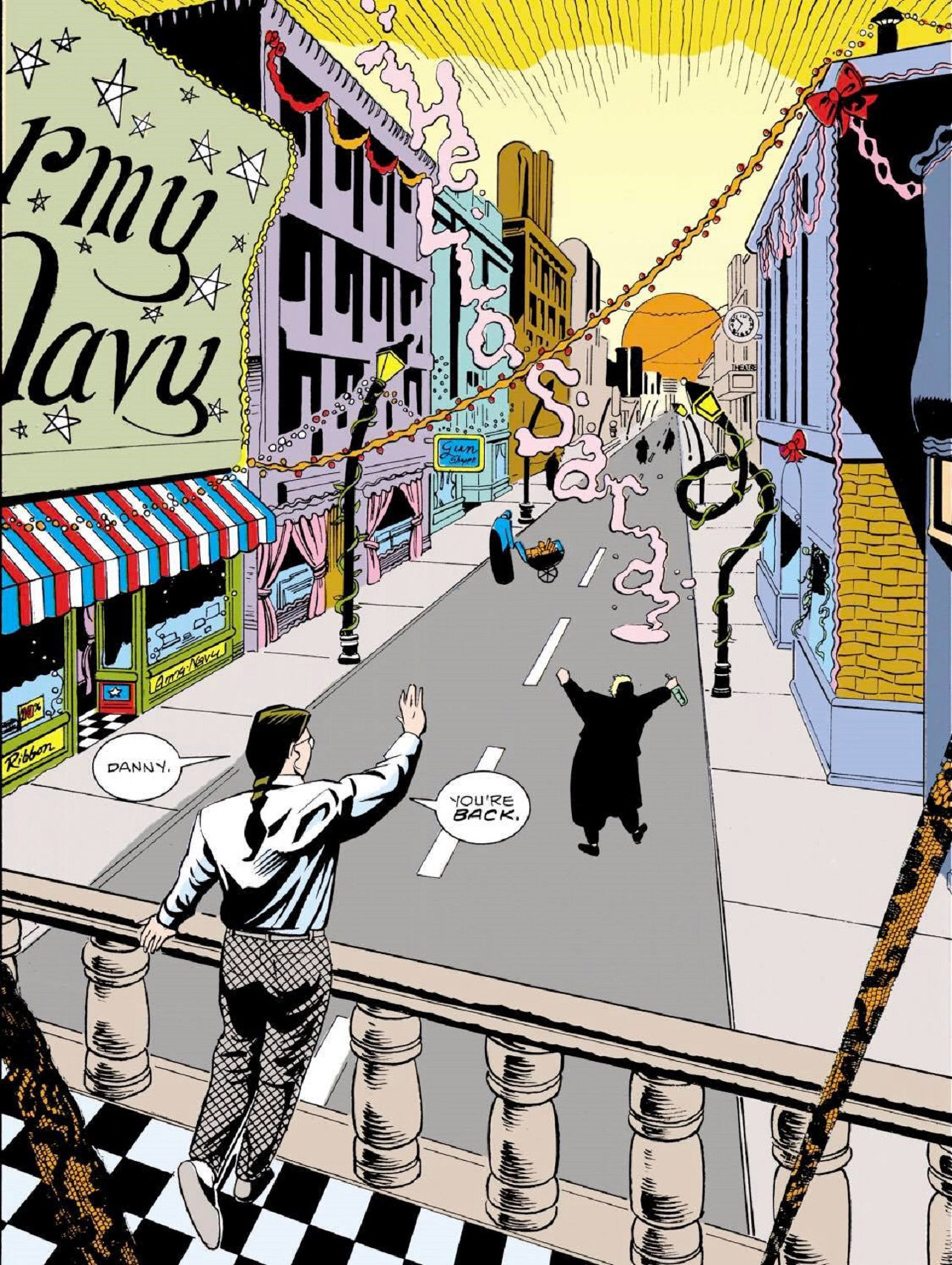 Residents: The Doom Patrol like to hang out on Danny when they’re between bases. We can’t say we blame them, since  Danny is one happening place.

Location: Wherever the heck they want to be! That’s the beauty of Danny.

Why It’s a Cool Crib: There are many cool headquarters in the DC Universe, but Danny is probably the only genderqueer sentient one. Danny is an eternal party, and has been everything from a street to an island. Danny never stops reinventing themself, making them one of the most unpredictable, yet durable superhero bases around. 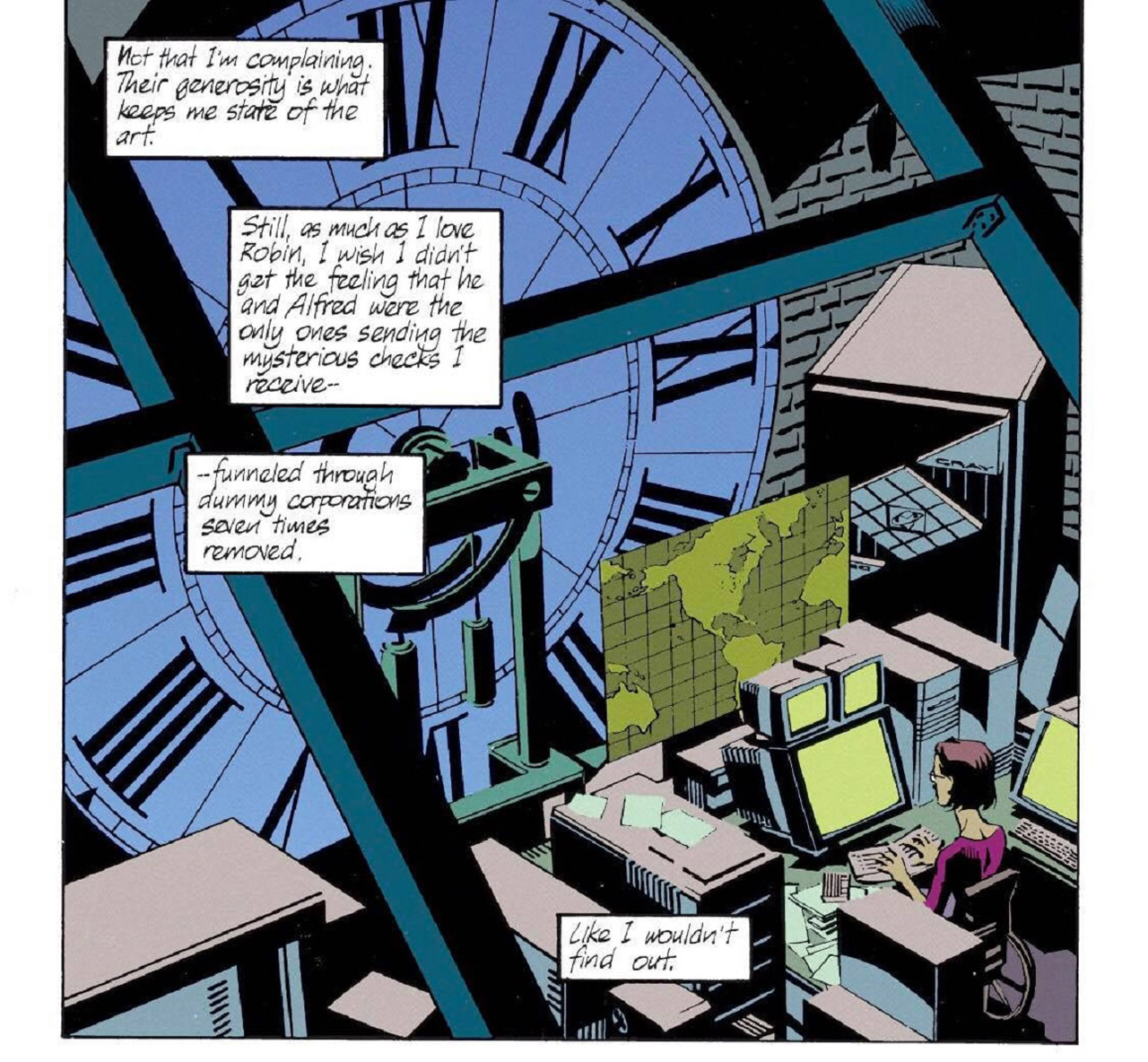 Residents: Barbara Gordon uses the Clock Tower as her base when she operates as the superhero information broker Oracle.

Location: The heart of Gotham City

Why It’s a Cool Crib: Gotham Clock Tower has the most powerful computer system in the world, which can be used to hack even the most secure databases. Using this system, Oracle was able to assist the Justice League in battle during her brief tenure with the group. Plus, the security system is top notch (1999’s Nightwing #38-39). Remember the traps Macaulay Culkin set in Home Alone? Imagine that, but with billionaire funding. 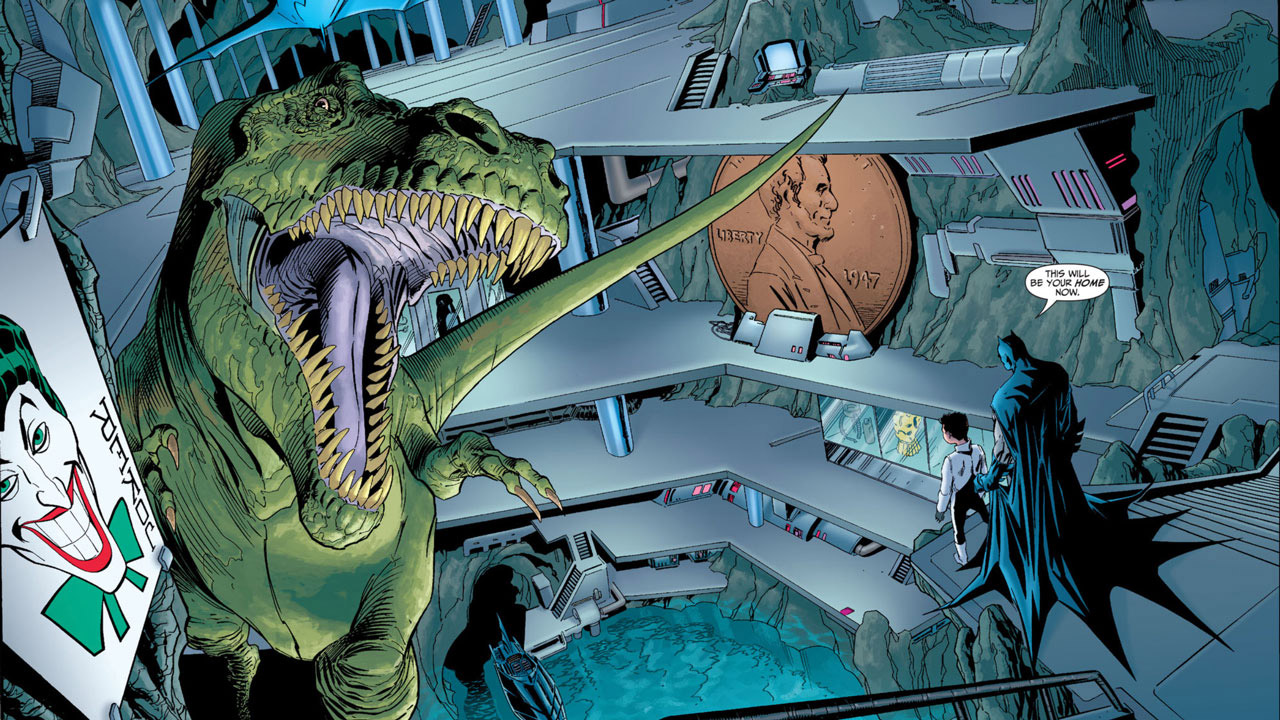 Before you start sending us angry tweets, we know the Batcave and the Fortress of Solitude are the coolest cribs in the DC Universe. The problem is they’re so epic that they’re in a league of their own. Including them on this list wouldn’t be entirely fair, so we decided to give some other places their own chance to shine. For more on the Batcave and the Fortress of Solitude, check out the recent spotlight articles we did on them. 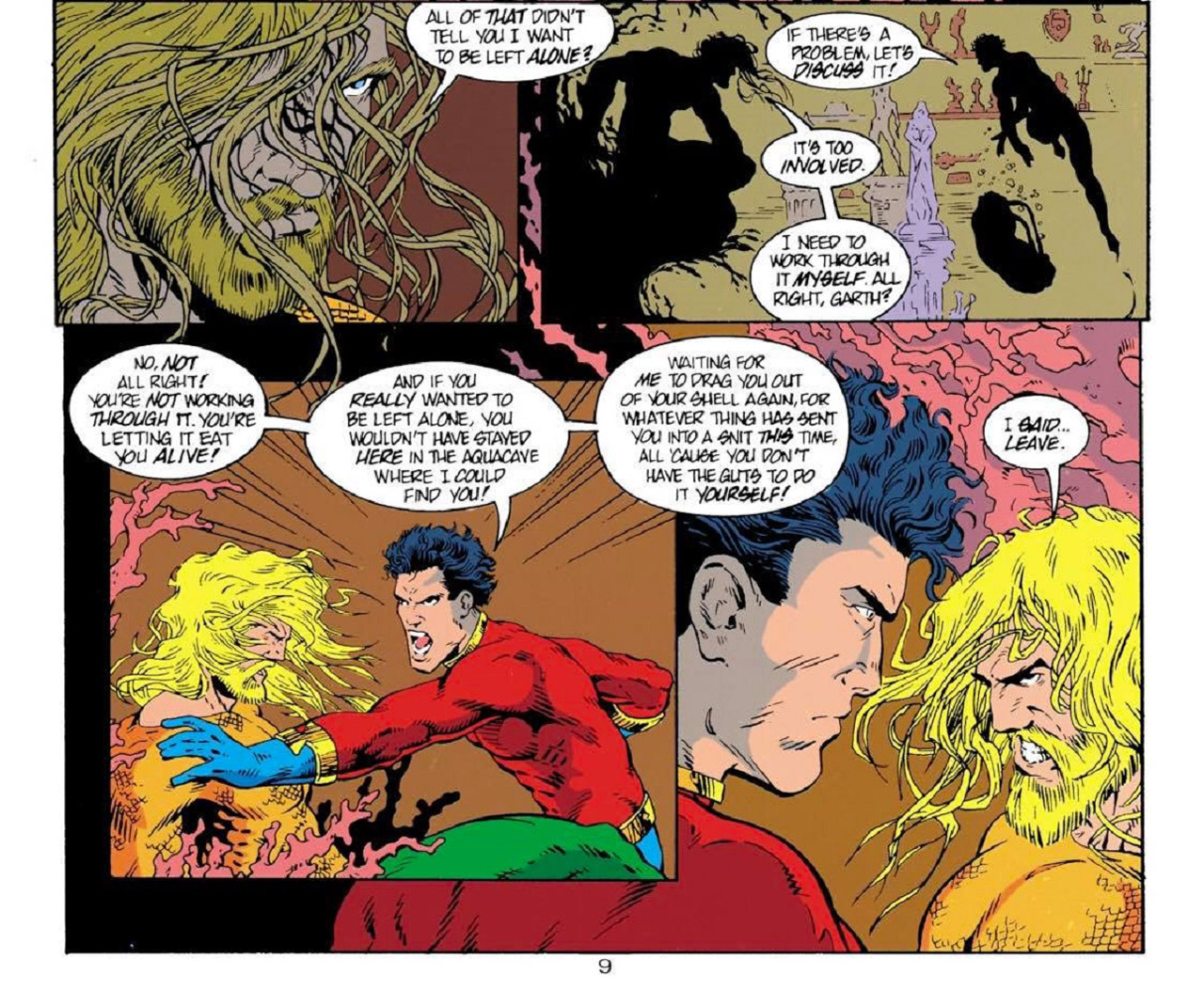 In Aquaman’s earliest adventures, he found respite between battles in a sanctuary known as the Aquacave. It turns out that the Aquacave was exactly what it sounded like – an underwater cave. Jason Momoa might be able to make something like this seem cool, but given the choice he probably wouldn’t be caught dead in anything this lame.

Which DC Universe crib would you like to spend the weekend in? Let us know in our Community!