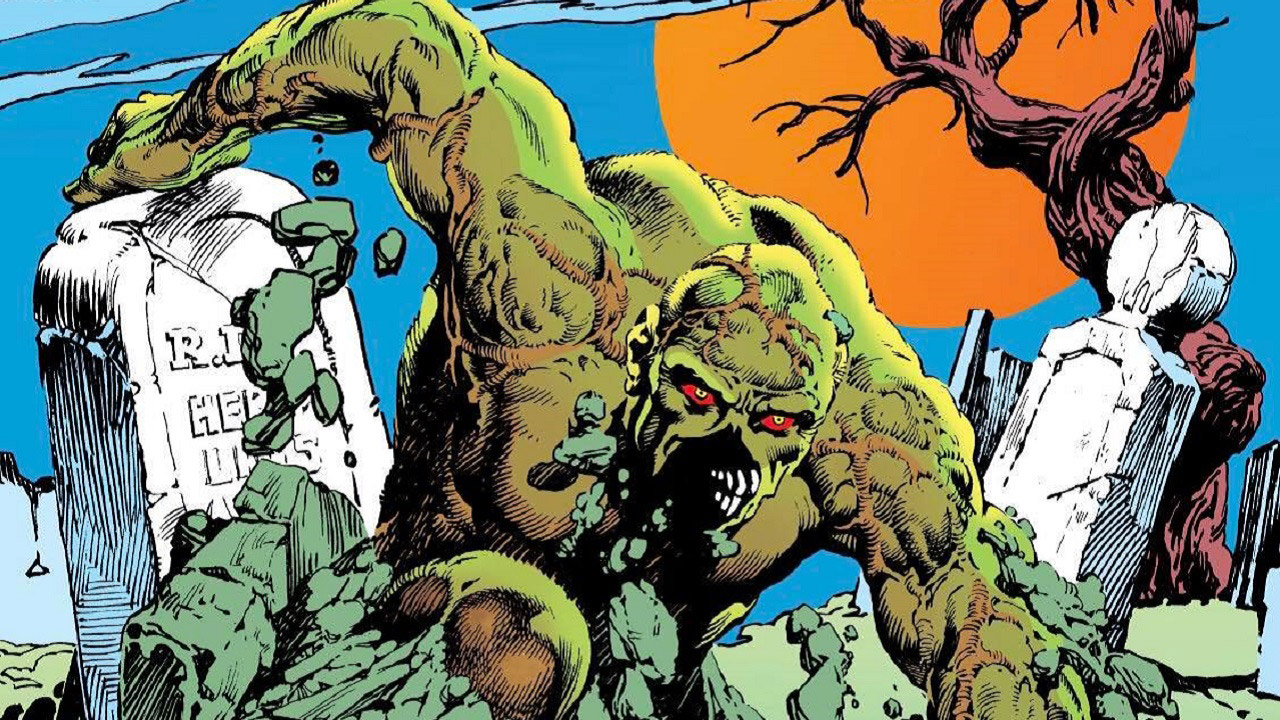 Have you been watching Swamp Thing? Last year fans fell in love with the series as it streamed on DC Universe, and its encore airing on the CW has reminded fans how awesome Swampy is. If the series has you hungry for more of the "muck-encrusted mockery of a man," here's a reading list to help you begin your journey. 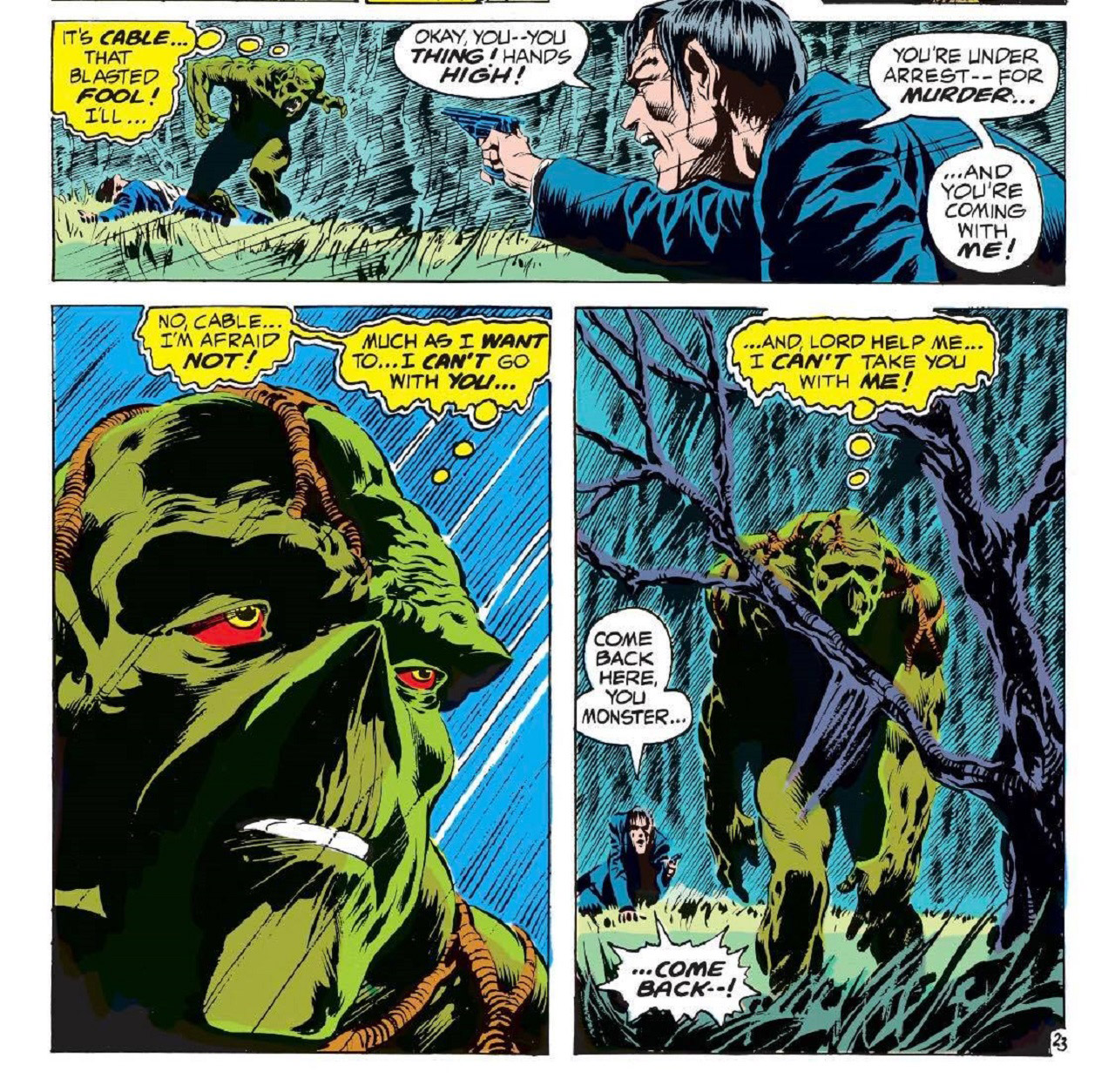 The Story: While working on a bio-restorative formula, scientist Alec Holland was targeted by criminals, resulting in an explosion that transformed him into Swamp Thing. With his humanity gone, Swampy wanders the Earth seeking vengeance on the criminals who sabotaged his experiment, and searches for a way to regain his humanity. 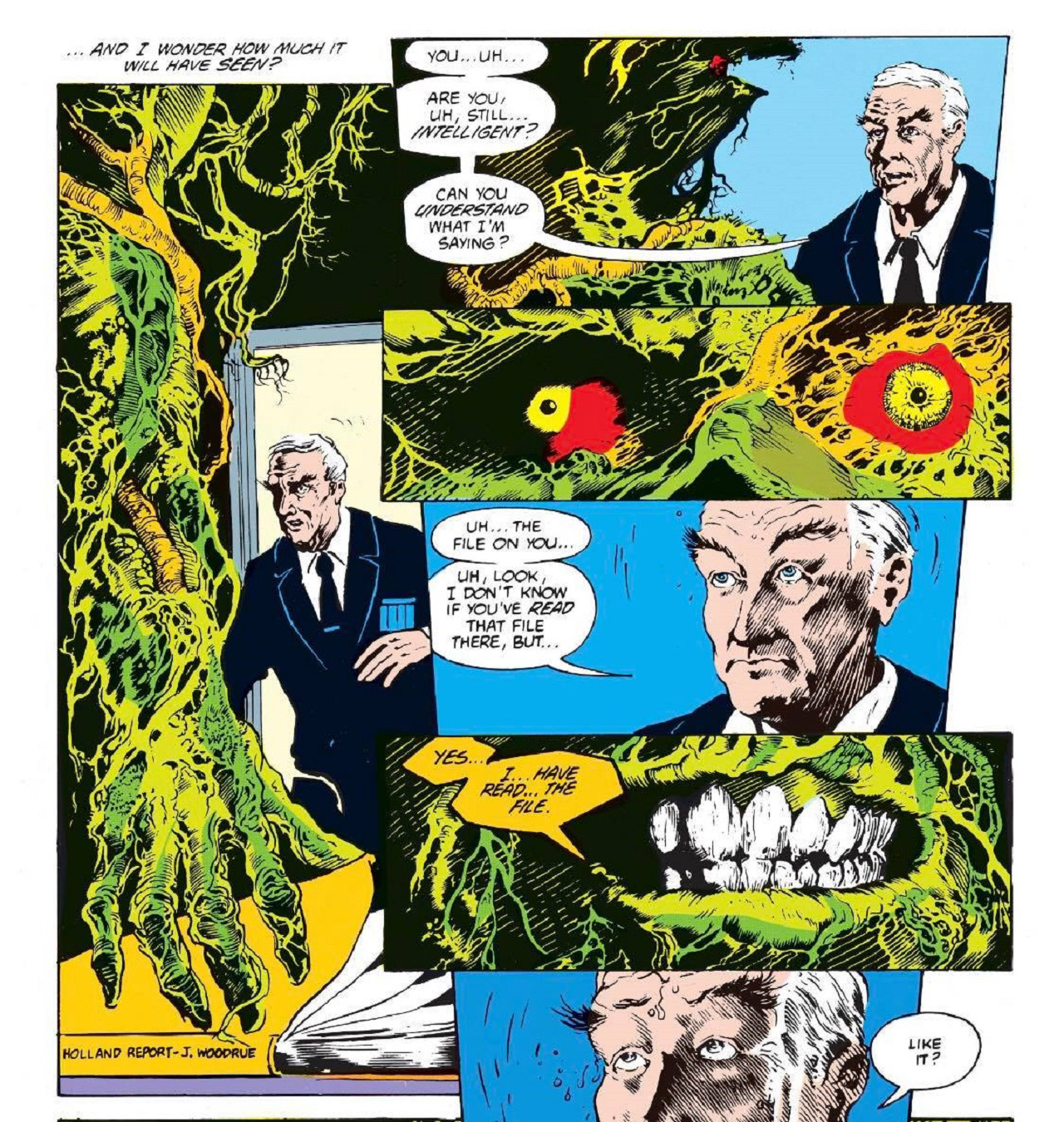 The Story: Swamp Thing is captured by industrialist Avery Sunderland, who hires the mad scientist Jason Woodrue to perform an autopsy on the creature. Woodrue discovers that Swamp Thing had never been Alec Holland, and was just a plant who had absorbed the late scientist’s consciousness. It turns out that Swampy isn’t as dead as Sunderland thought, and the creature soon after discovers the Green, which opens him up to new abilities he'd never imagined.

Television Tie-In: Len Wein and Bernie Wrightson might be the parents of the Swamp Thing saga, but Alan Moore, Steve Bissette, and John Totleben are responsible for evolving the character to his current form. The influence of their stories can be seen throughout the Swamp Thing television series, with many comic scenes directly adapted for live-action. These issues also influenced the concept of the Green, which changed the trajectory of Swamp Thing stories forever. 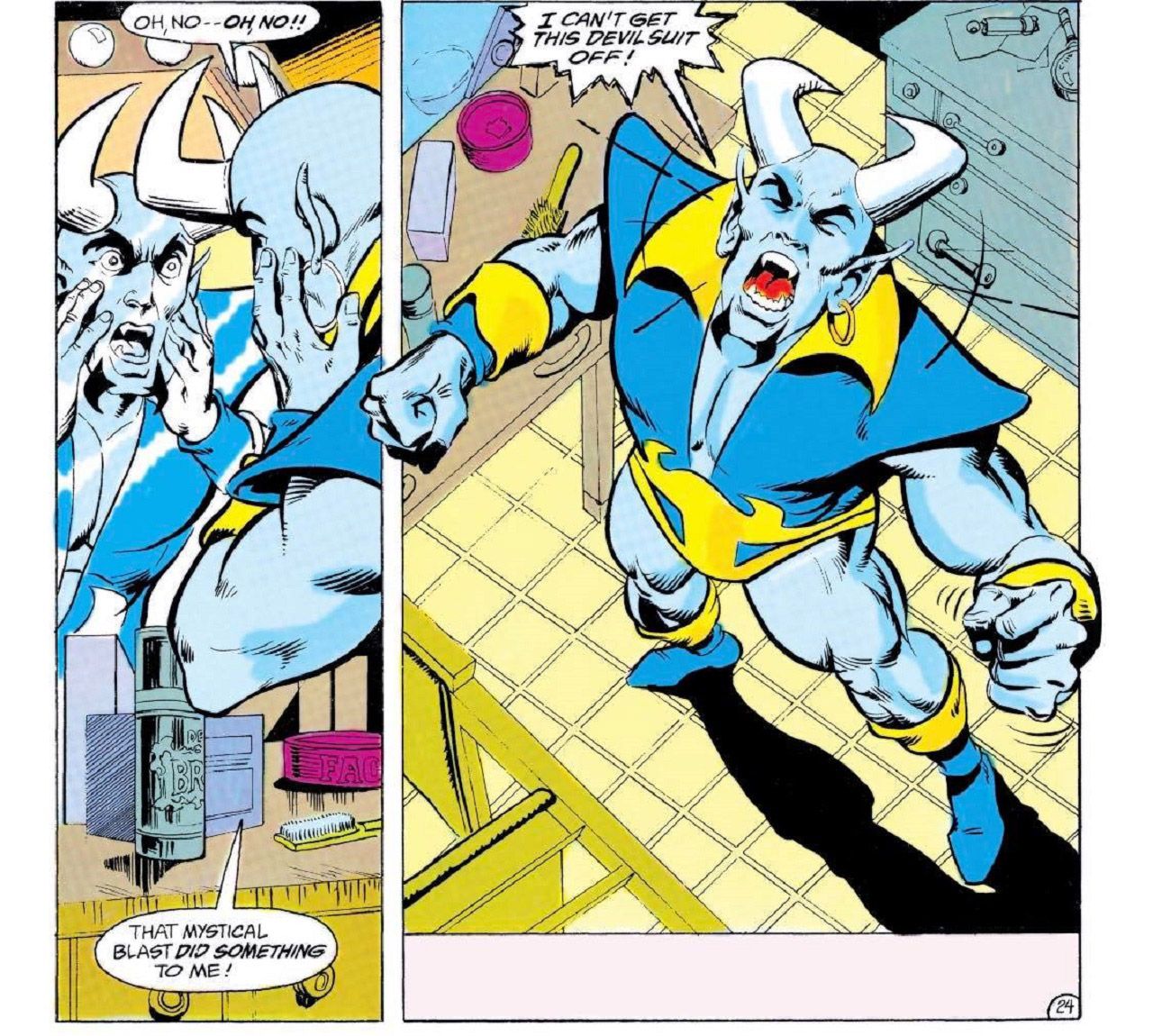 The Story: After he's cursed by a demon, stuntman Dan Cassidy finds himself stuck inside of his "Blue Devil" costume. Cassidy has no intention of being a superhero, but thanks to the “weirdness magnet” attached to his curse, he constantly finds himself fighting supernatural threats, from monsters to leprechauns.

Television Tie-In: Dan Cassidy and his Blue Devil persona plays a key role in Swamp Thing, and this comic series gives a fans a chance to see him let loose. Blue Devil is no ordinary superhero, and his series is no ordinary comic. If you fell in love with Dan on TV, then this offbeat and wacky series will entertain you for hours. 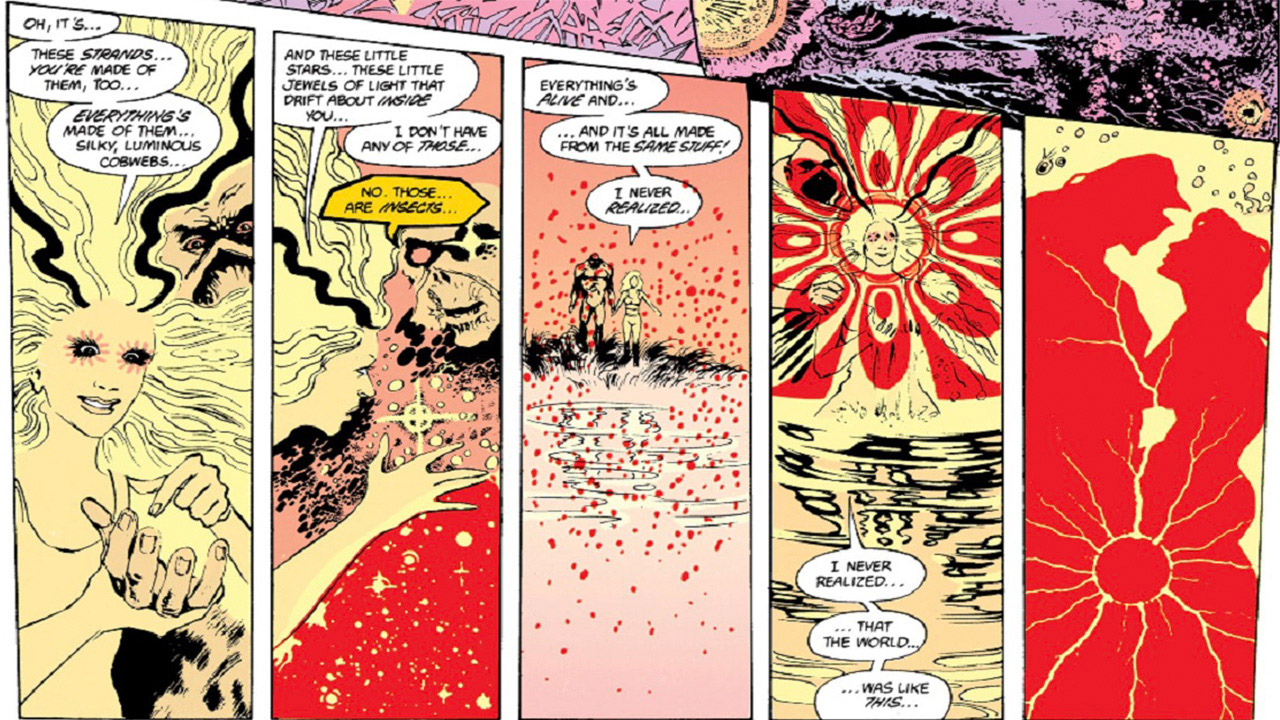 The Story: Abby Arcane and Swamp Thing confess their feelings for one another, and ponder how a relationship between a woman and a sentient plant would work. Despite the barriers facing a potential romance, the couple consummate their relationship with Abby entering the green.

Where to Read It: The Saga of Swamp Thing #34

Television Tie-In: If watching Swamp Thing has made you a shipper of Abby Arcane and Swamp Thing, then this comic will warm your heart. Throughout Swamp Thing’s long history, his relationship with Abby has been the heart of the saga. Not only was this issue a major turning point, it’s also one of the most psychedelic comics ever published.

“THE GARDEN OF EARTHLY DELIGHTS” 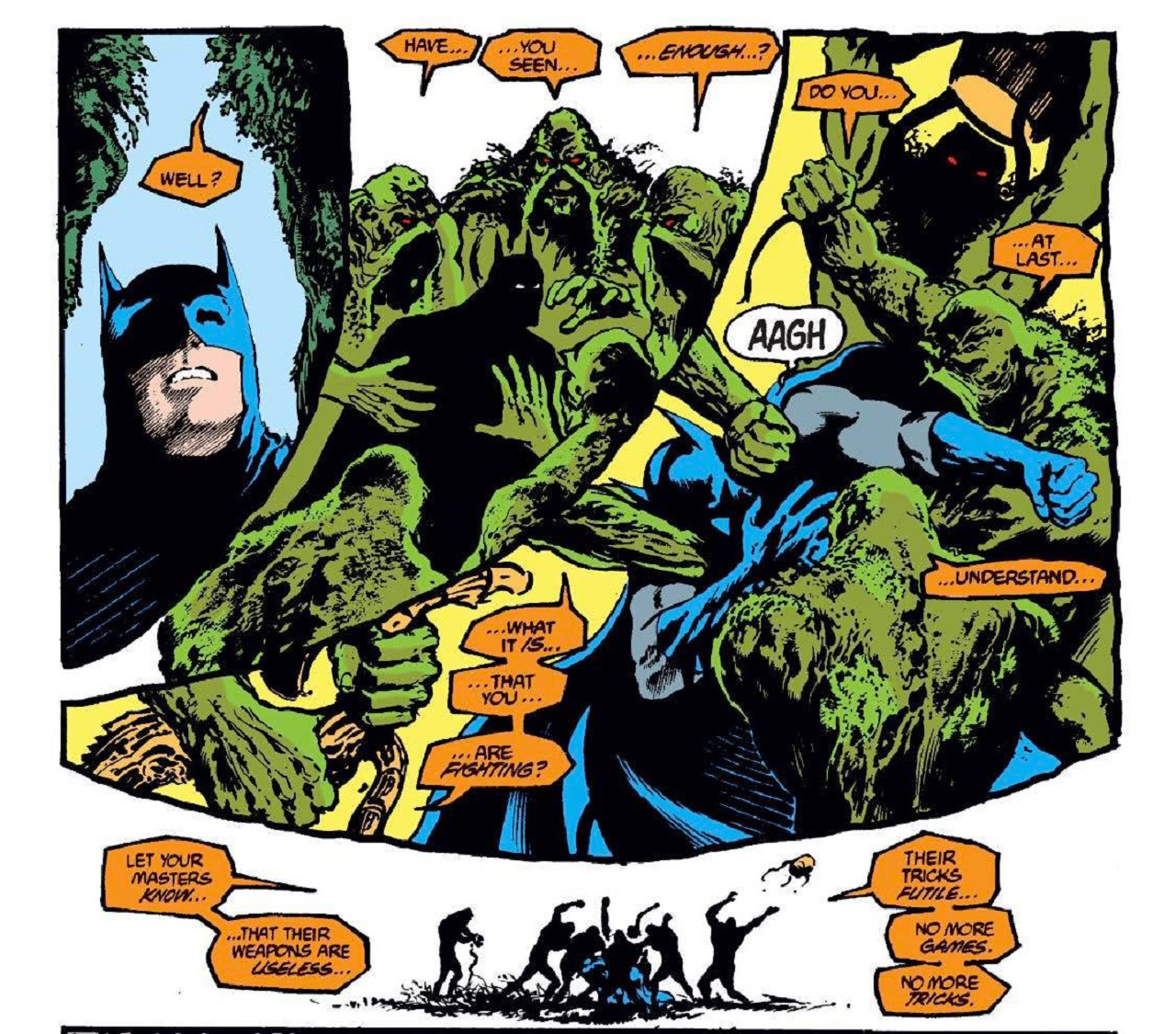 The Story: Abby is committed to Arkham Asylum after her relationship with Swamp Thing is revealed to the world. Swampy becomes enraged, and calls upon the power of the Green to attack Gotham until Abby is freed. This puts Swamp Thing against Batman, and the Dark Knight soon finds he’s in over his head.

Television Tie-In: This storyline doesn’t have a lot to do with the show, it’s just really cool to see Swamp Thing take on Batman.

“AND MEN SHALL CALL HIM STRANGER” 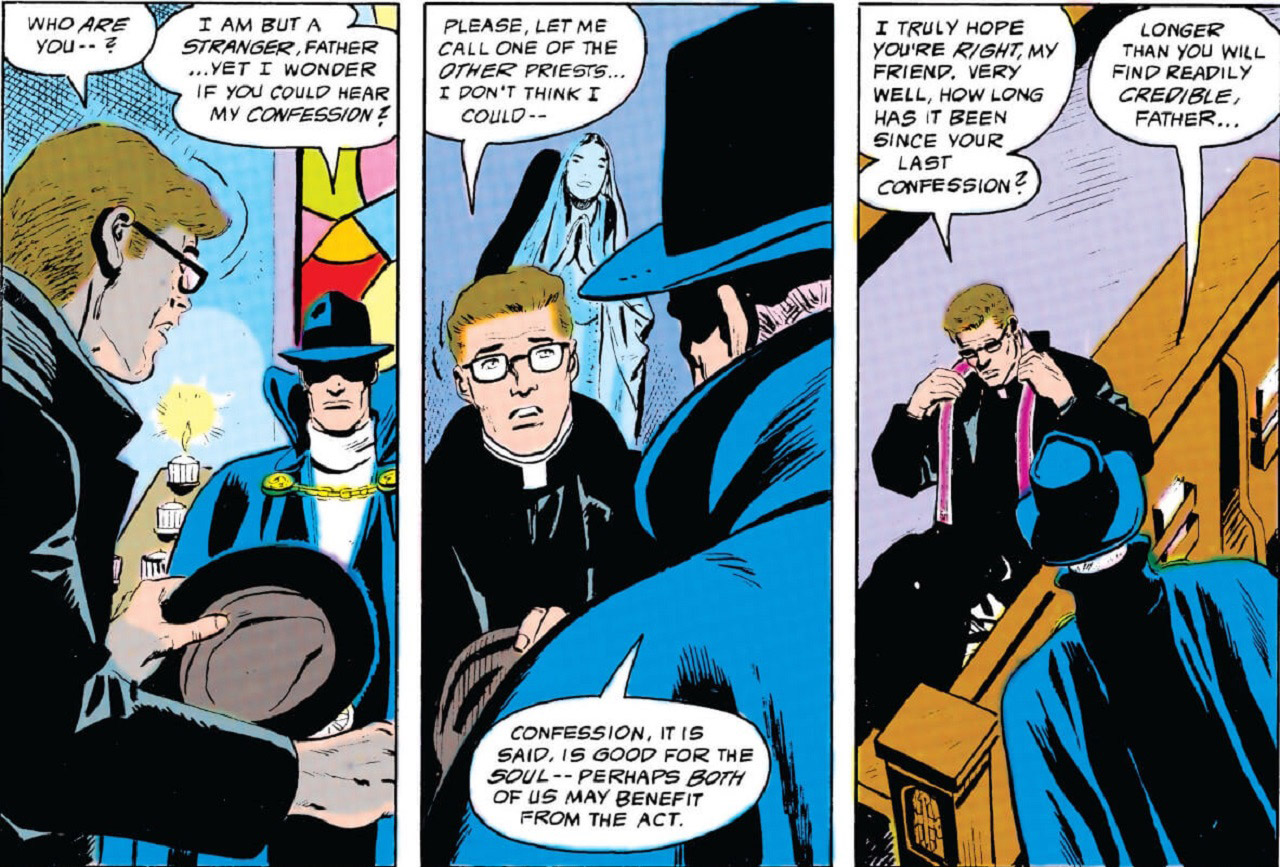 The Story: For years the mysterious Phantom Stranger has wandered through the DC Universe, helping those in need, while playing things close to the chest. This issue reveals his origin at last – or does it? Four creative teams present four possible origins for the Stranger. Which one is canon? Are any of them canon? With the Phantom Stranger, nothing is certain.

Television Tie-In: If the Phantom Stranger’s mysterious appearance on Swamp Thing has you curious, this anthology issue is a great first step into his larger world. You’ll see the Stranger’s abilities, experience his enigmatic nature, and learn why he’s one of the most powerful beings in the DC Universe. 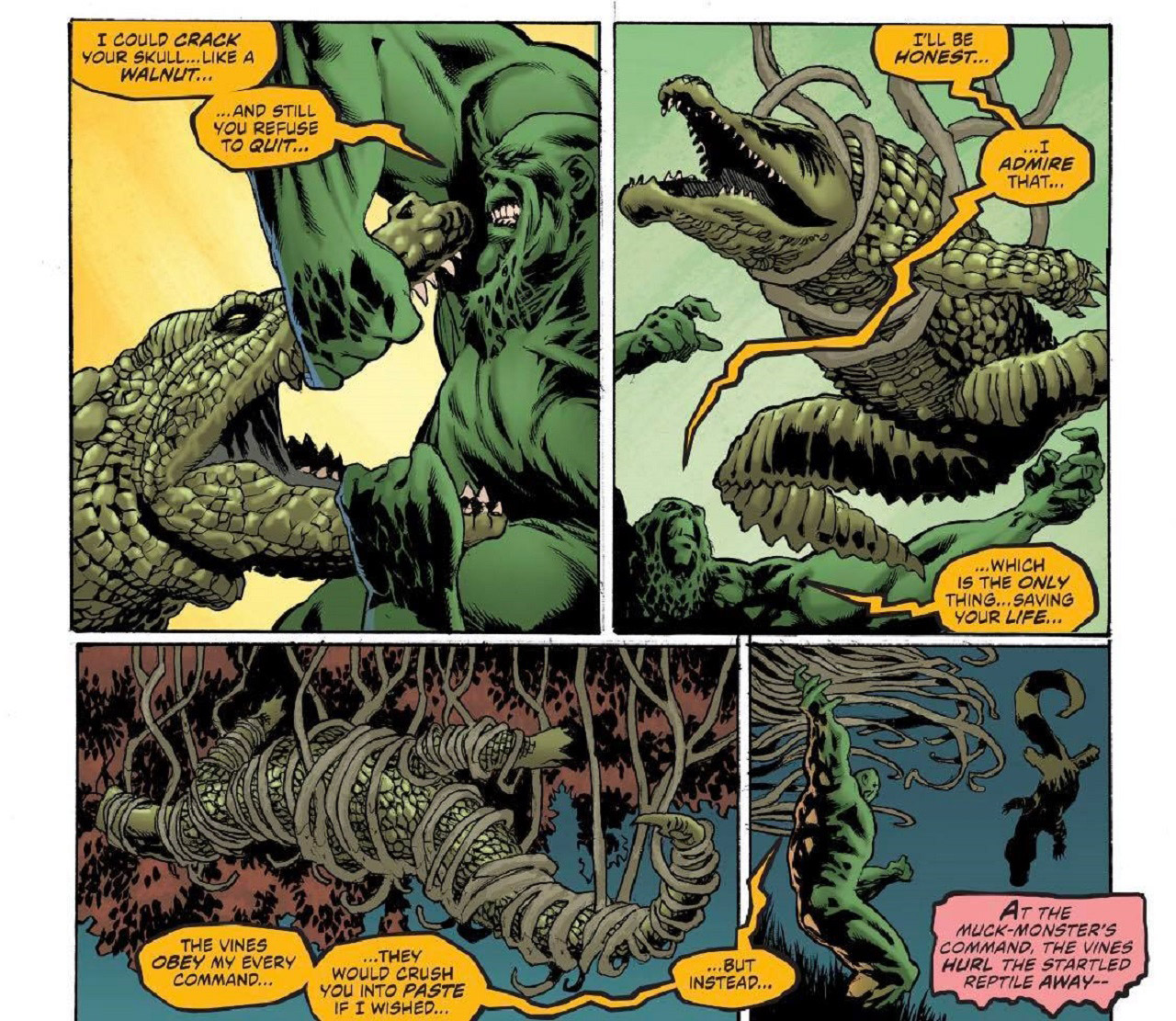 The Story: Swampy reunites with his old friend Matt Cable, who offers him the chance to become human again. It turns out that not everything is as it seems with Cable, and his bargain will put Swamp Thing, and the entire world, in danger.

Television Tie-In: This story takes Swamp Thing back to his literal roots. Len Wein, the man who co-created Swampy, teams up with Kelley Jones -- the heir to Bernie Wrighton's horror illustration throne -- for a back-to-basics approach to the character. If you love the gritty horror of television’s Swamp Thing, then this limited series is the comic you didn’t know you needed.

What are your SWAMP THING recommendations? Let us know in our Community!