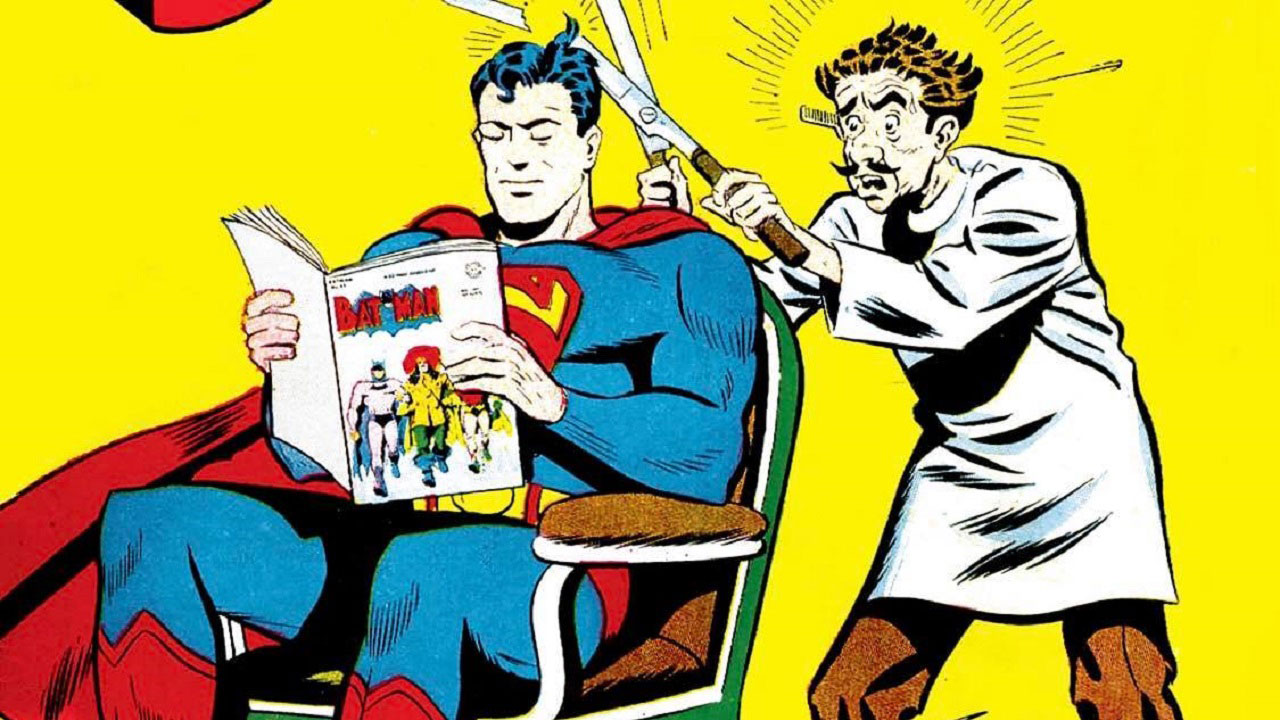 The Man of Steel lives a stressful life. But that doesn’t mean he hasn’t had some happy days.

The 7 Best Days of Superman’s Life

When you’re Superman the weight of the world is constantly on your shoulders, making it hard to find moments of joy. How can you sit back and relax when Lois Lane is constantly falling out of helicopters or Jimmy Olsen keeps transforming into giant monsters? The Man of Steel lives a stressful life. But that doesn’t mean he hasn’t had some happy days. We recently took a look at the best days of Batman’s life, and now we turn our attention to the Last Son of Krypton. 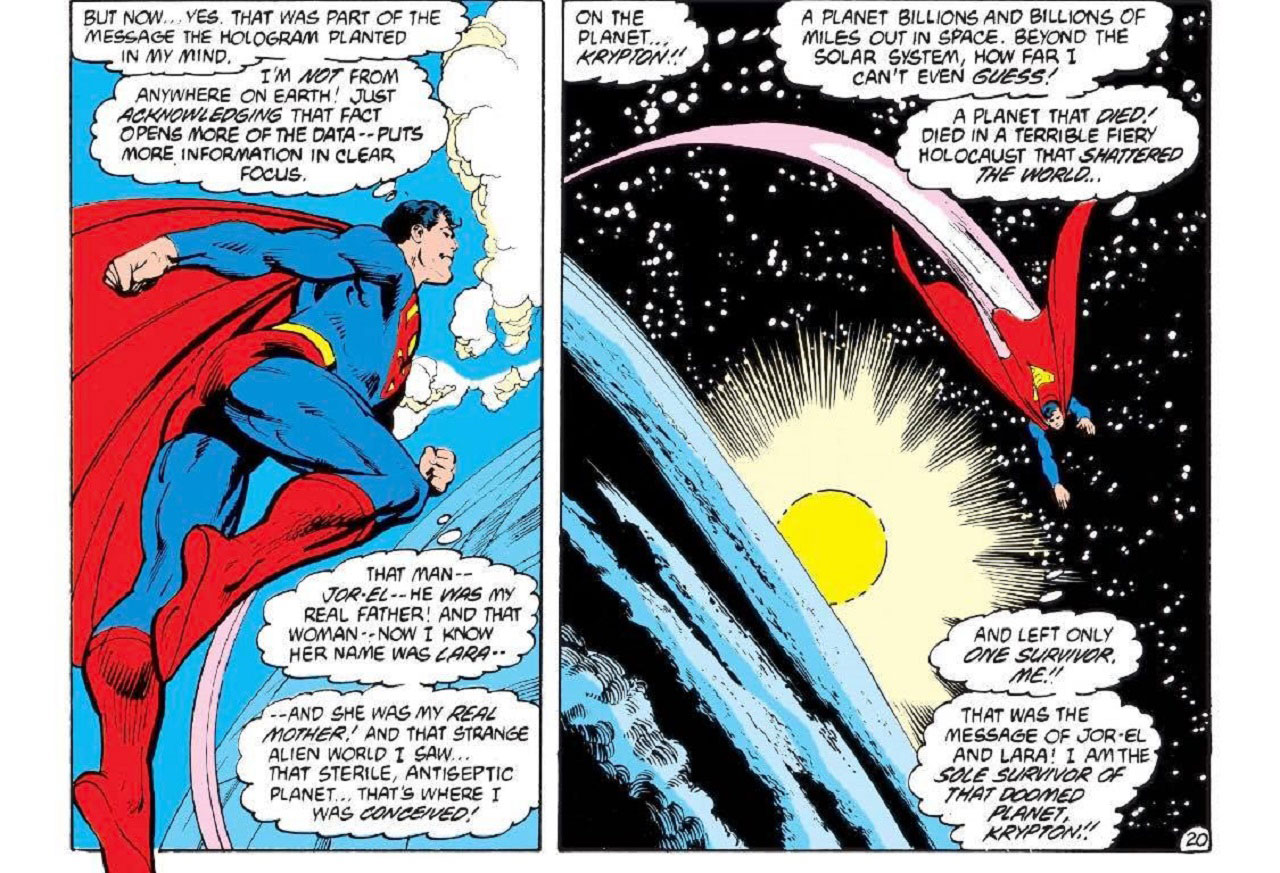 Clark Kent grew up feeling different from all his friends, and not for the reasons other kids do. After all, it’s not like the other residents of Smallville were able to lift a bus or crush steel in their bare hands. Clark eventually found his own way as Superman, but a huge part of him always wondered what his true origins were. Superman’s questions were finally answered in The Man of Steel #6 when a holographic version of his father Jor-El implanted an avalanche of data about his origins into his brain. Although it wasn’t easy to accept he was the last survivor of an alien race, Superman was relieved and overjoyed to know where he came from, and get some closure on the mystery of his heritage. 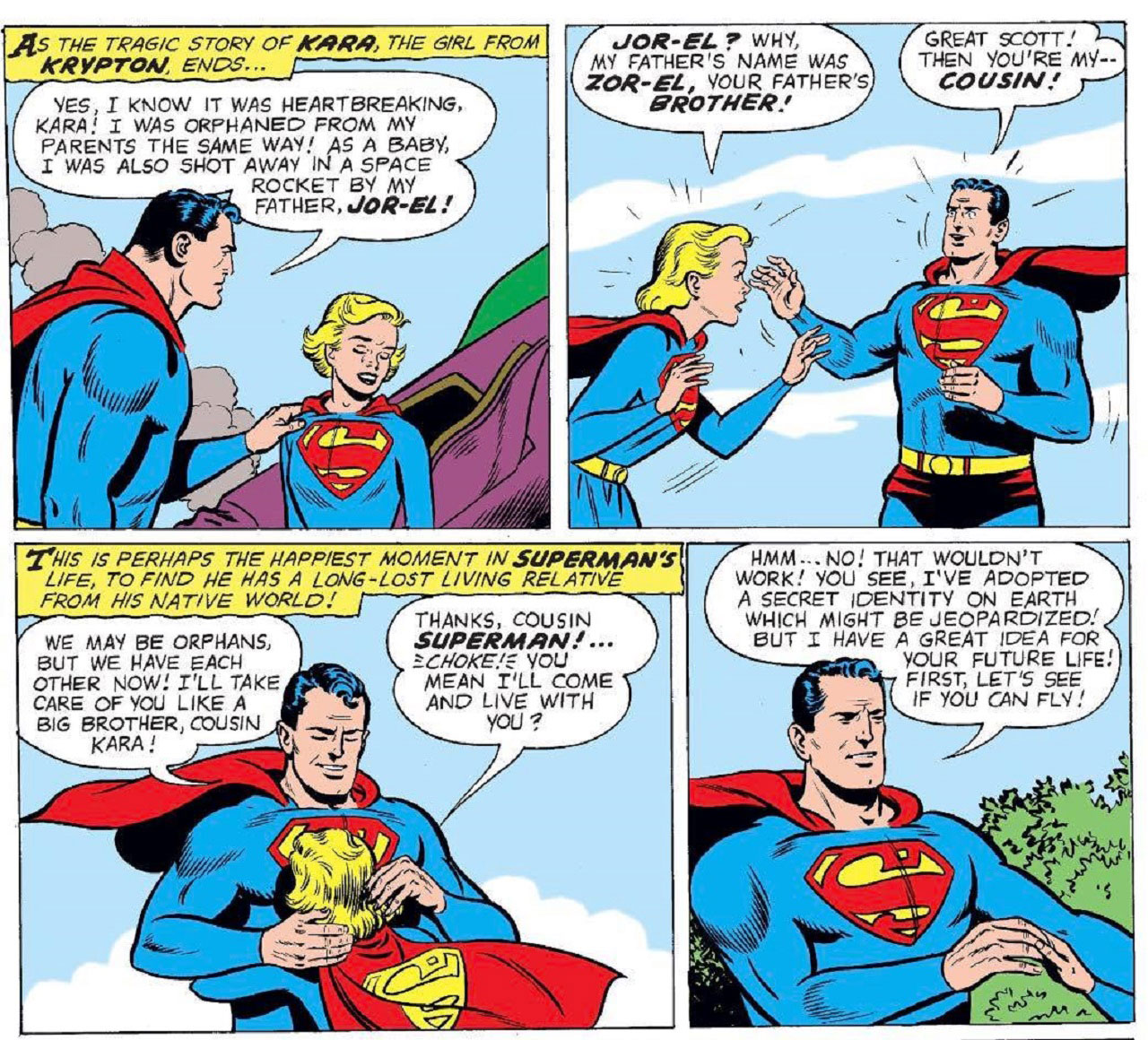 Although Superman made a home for himself on Earth, being the last Kryptonian meant he always felt somewhat alone. All that changed in Action Comics #252 when his cousin Kara crash landed on Earth. It turned out she was from Argo City, a piece of Krypton that had survived the planet’s destruction, until it too was pulverized, by a meteor shower. Superman was no longer the last piece of Krypton, and he now had a cousin to give him a sense of family. After their joyous reunion, Superman stuck his teenage cousin in an orphanage, a move writer Peter David threw some shade at in 2002’s Supergirl #76. Just because it was one of the best day’s of his life doesn’t mean Superman made all the right choices! 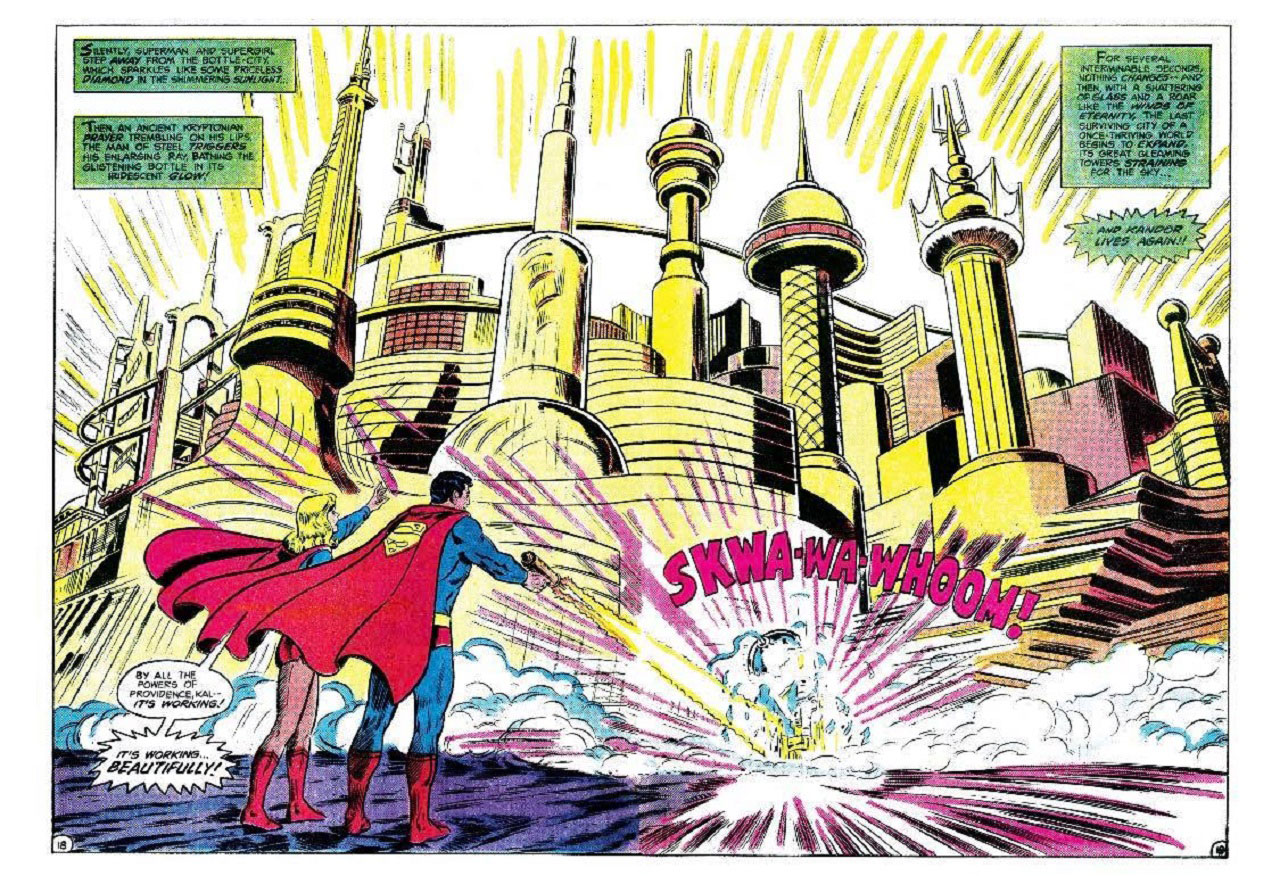 After battling the villainous Brainiac in Action Comics #242, Superman discovered the bottled city of Kandor. Before Krypton’s destruction, Brainiac had shrunk the city of Kandor, and placed all of its citizens in a bottle. For years Kandor sat on a shelf in the Fortress of Solitude, with Superman working tirelessly to find a way to restore its people to normal. In Superman #338, the Man of Steel finally succeeded. He found the right equation to enlarge the Kandorians without killing them, freeing them at last. Although Superman could never undo the destruction of Krypton, giving the Kandorians a second chance at life was the next best thing. 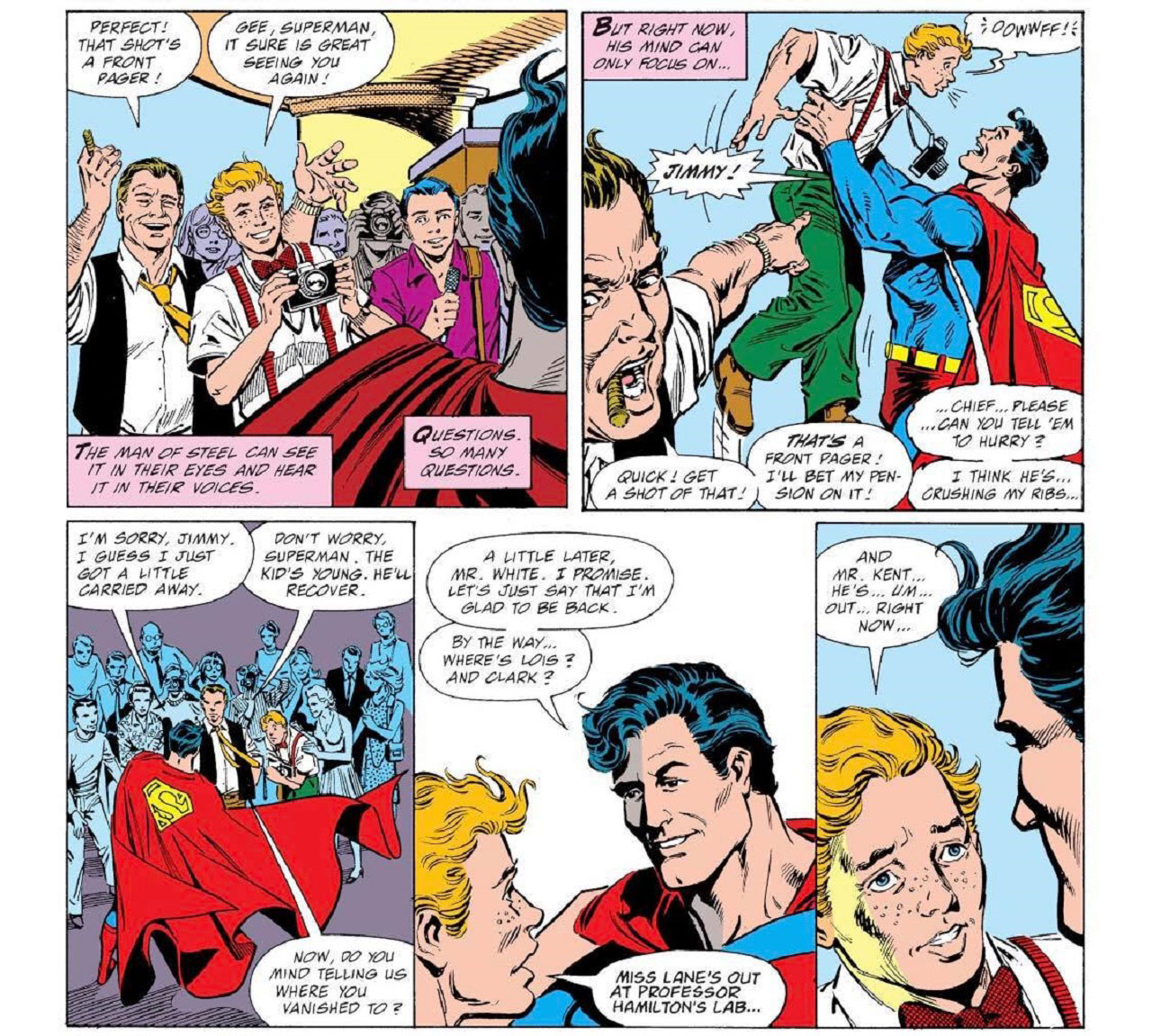 Sometimes we all need a little space. After sentencing the Phantom Zone criminals to death in 1988’s Superman #22, the Man of Steel began acting out some violent nightmares and felt he was a danger to everyone around him. Since he takes social distancing seriously, Superman left the planet in Adventures of Superman #450 to get his head together. After a few months of space adventures, Superman returned to Earth feeling renewed in Action Comics #643, and he could barely contain his joy. He lifted up Jimmy Olsen, giving the cub reporter the hug of his life. Of course that hug had negative repercussions later, but that’s a story for another time. 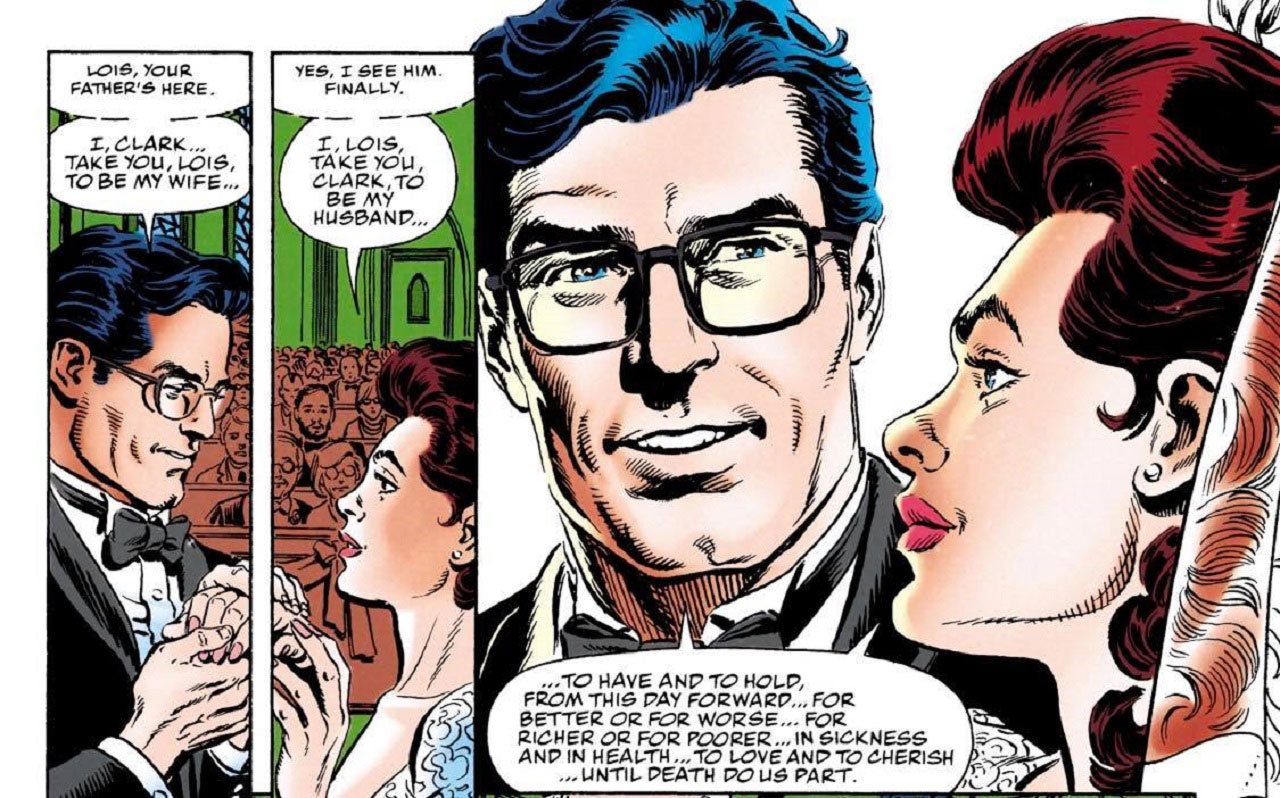 It’s hard to tell the story of Superman without talking about the love story between Lois Lane and Clark Kent. Decades before people were rooting for Ross and Rachel or Jim and Pam to get together, Superman and Lois had one of the most complicated courtships in the DC Universe. The path to the altar was a treacherous one, and Lois even called off the engagement at one point. All the struggles paid off in Superman: The Wedding Album #1 when Clark and Lois finally got married. The wedding was a joyous affair, and was free of any super-villain interference. With no last-minute kidnappings, cosmic dangers, or clones, this day was all about Lois and Clark’s love, and certainly one of the best days of Superman’s life.

Lex Luthor has been a thorn in Superman’s side since the Man of Steel first arrived in Metropolis. Luthor wasn’t a problem Superman could just punch away, since the businessman hid his dirty dealings in creative ways. Luthor’s habit of escaping justice was one of the few things that got under Superman’s skin, so you could imagine how enraged the Man of Steel was when Lex was elected President. Superman’s patience paid off, and by Superman/Batman #6 Luthor had overplayed his hand. He gambled his presidency on a plot to frame Superman for high crimes, and when evidence exonerated the Man of Steel, Luthor donned a battlesuit and battled his longtime foe. Superman threw Luthor across the city, proclaiming that his presidency was now over. Imagine how good it felt for Superman to say that.

Of all the challenges Superman and Lois have faced, becoming parents might be the biggest, yet most rewarding one. In Convergence: Superman #2 Lois gave birth to Jonathan Samuel Kent, making Superman a father. Although reality-altering events would later retcon the circumstances of the birth, it didn’t change the impact Jon’s arrival had on Superman’s life. Everything changed for Clark when Jon was born, and it would be hard to find a prouder father.

In Action Comics #311-312 Superman donned a pope hat and proclaimed himself ruler of the world. He sat on a throne and demanded gifts. Turns out this was another one of those Silver Age hoaxes, but we have to imagine that Superman had a blast pretending to be a tyrannical dictator. How can anyone wear a pope hat without having fun? For that reason alone, we can only assume this was one of the happiest days of Superman’s life.

What do you think was the happiest day in Superman’s life? Let us know in our Community!