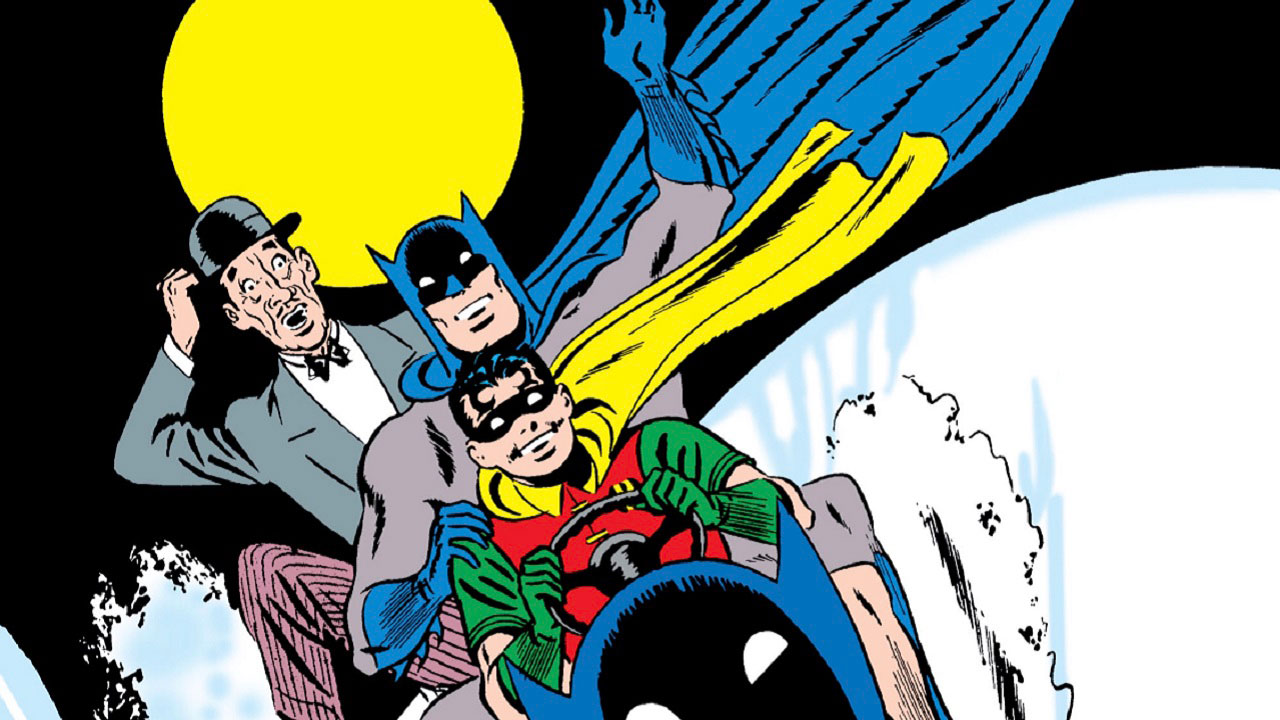 The 7 Best Days of Batman’s Life

People often think of Batman as a creature of darkness who lives a life of tragedy and despair, but we’d like to challenge that view. Batman Day is fast approaching, and it's got us thinking about what the Caped Crusader's happiest days have been. If Batman could relive any day, which would it be? Here’s our list of the 7 best days in Batman’s life. 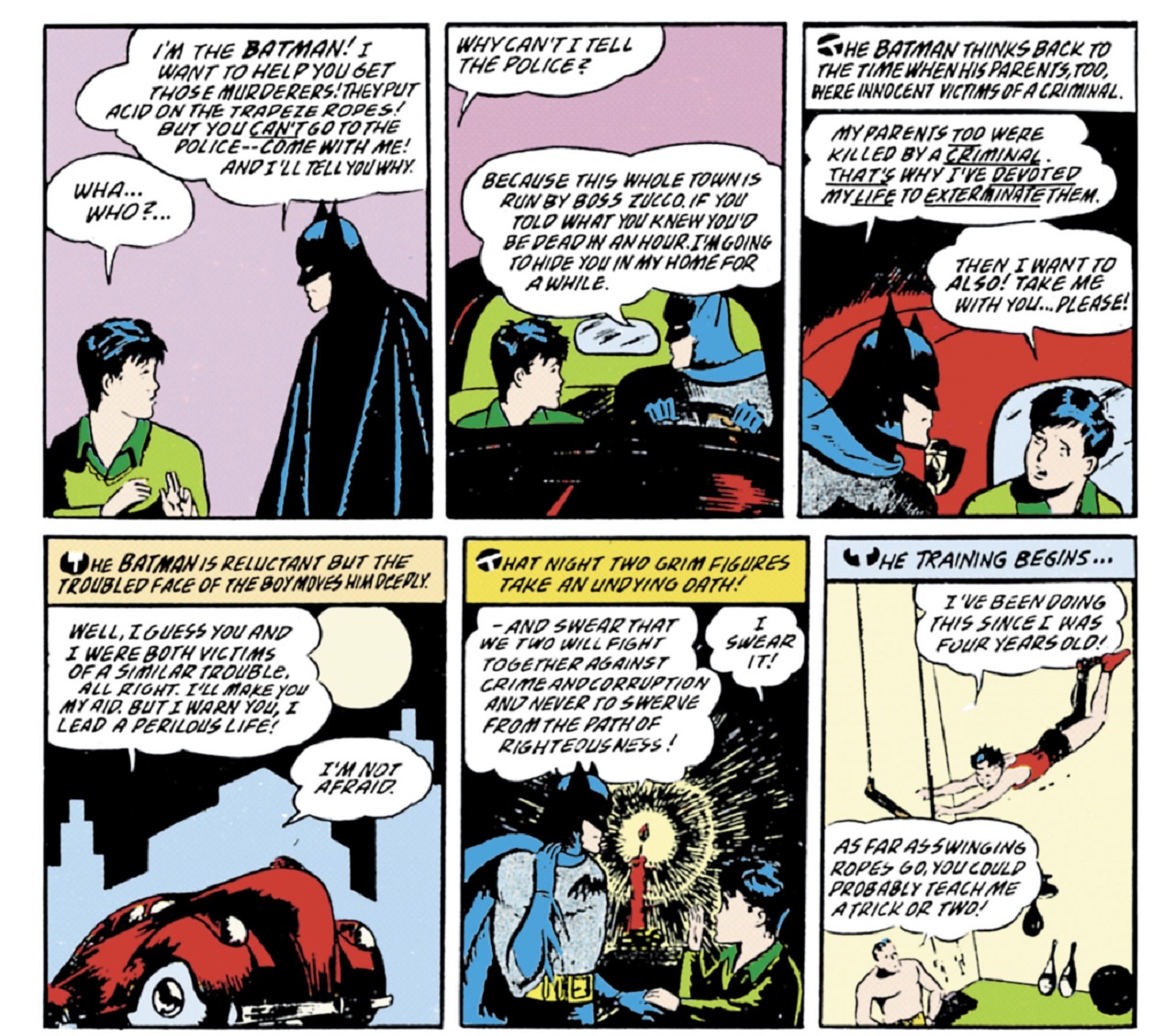 In 1940’s Detective Comics #38, Batman met Dick Grayson, and both their lives were changed forever. Before that moment, Batman had nobody to share his crimefighting life with, and his nights were filled with solitude and despair. When he met Dick, Batman saw a kindred spirit, and the entire focus of his mission changed. Taking Dick Grayson on as Robin set an important precedent for Batman, and more allies followed over the years. When Thomas and Martha Wayne were shot, Bruce Wayne lost all sense of family, but when he met Dick Grayson, he was able to heal and create a new one.

SOLVING THE MYSTERY OF HIS PARENT’S MURDER 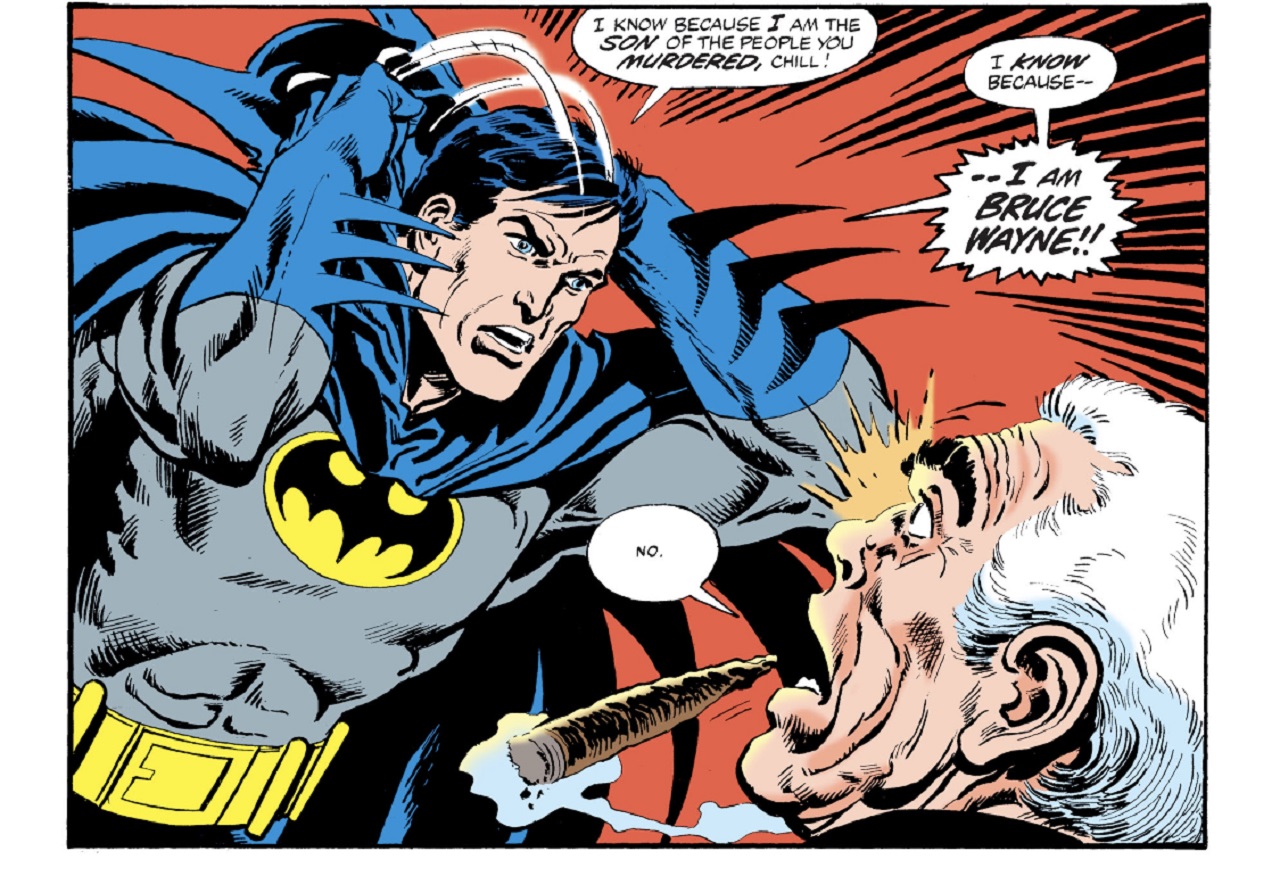 Throughout his career Batman has solved many crimes, but the one that's haunted him the most is the murder of Thomas and Martha Wayne. In 1948’s Batman #47 (retold in The Untold Legend of the Batman #1) the Caped Crusader found himself face to face with Joe Chill, whom he instantly recognized as the mugger that killed his parents. Batman confronted Chill, revealing himself as Bruce Wayne, which terrified the career criminal. In the end, Chill was gunned down by other criminals angered that he "created" the Batman. Although the Dark Knight wasn’t able to put Chill behind bars, the event gave him a sense of closure. 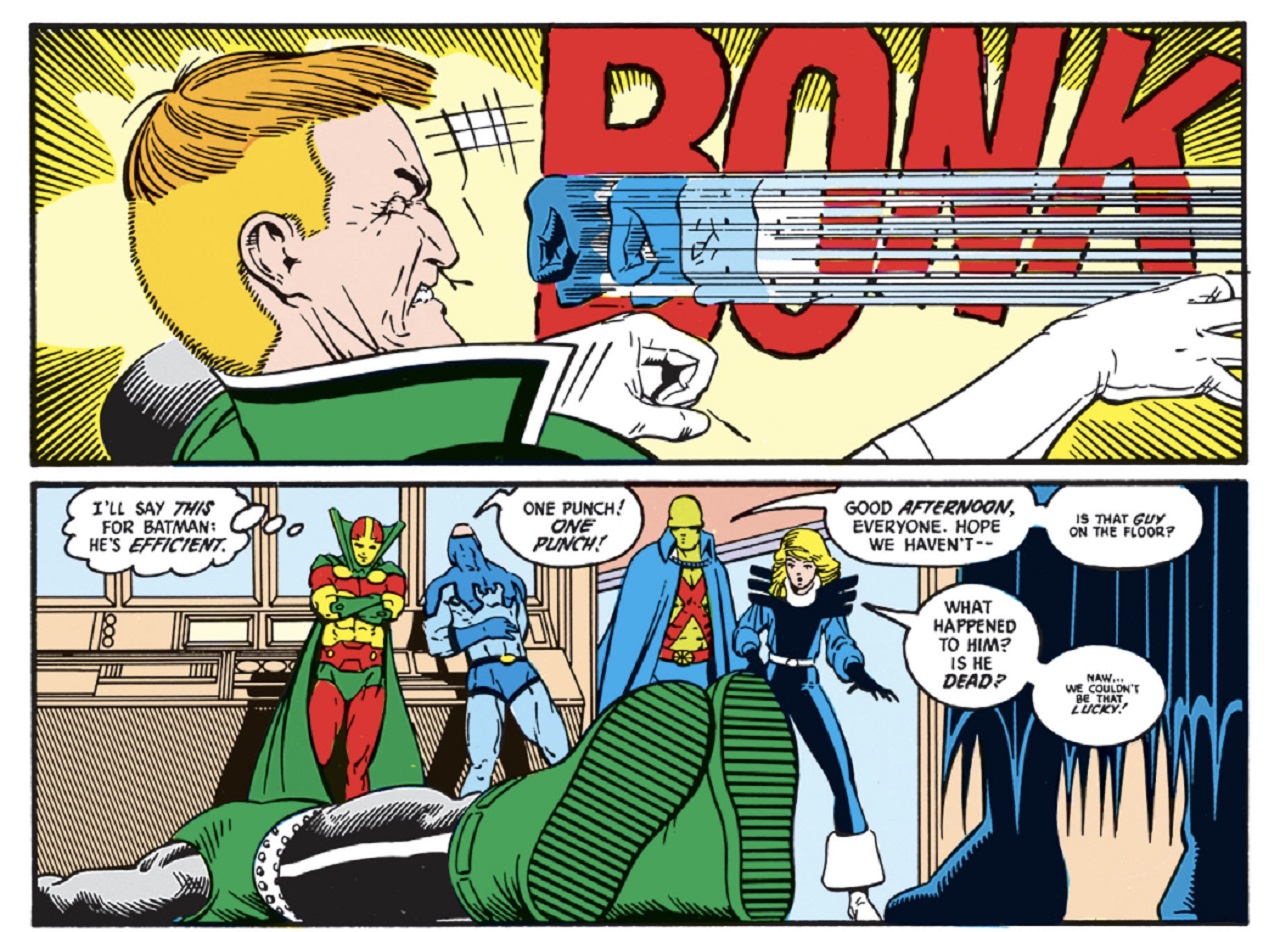 Have you ever encountered an obnoxious coworker you wanted to knockout? Imagine how difficult that is when you’re Batman. You have extensive martial arts training and can end an arrogant blowhard in over 30 different ways, but you have to show restraint because you’re colleagues. In Batman’s case, that blowhard was Guy Gardner, a member of the Green Lantern Corps, and the Dark Knight’s Justice League teammate. In 1987’s Justice League #5 Guy challenged Batman to a fight, which gave the Caped Crusader the opportunity to take out his frustration on the clueless Lantern. Batman knocked Guy out with one punch, and we can only imagine how satisfying it was. Although the Dark Knight will never admit it, he probably got some of his best sleep that night.

Footnote: Guy Gardner’s legal counsel would like us to add that although he has an arrogant reputation, he’s not such a bad guy. 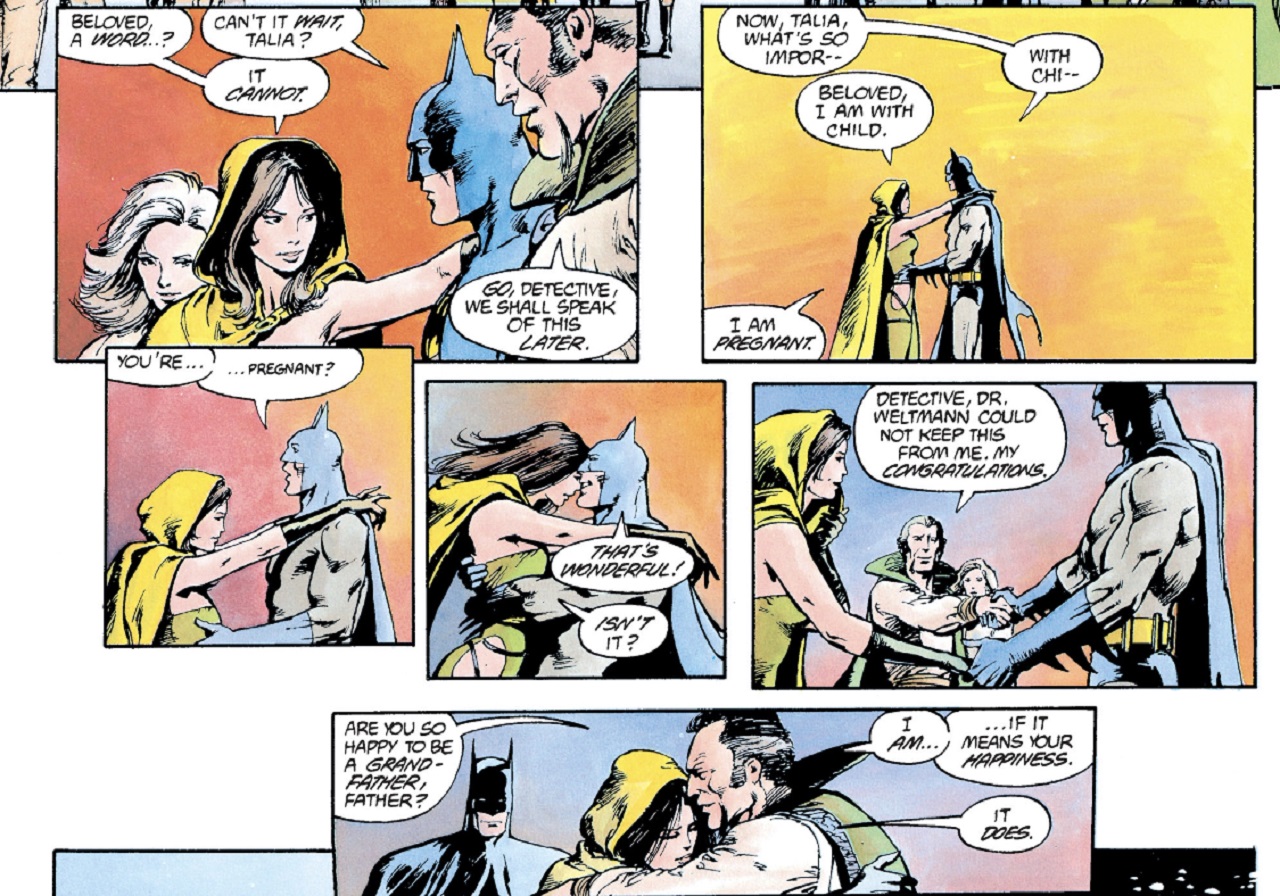 Batman’s relationship with Talia has always been unconventional. Although they love each other, her loyalty to her father, international terrorist Ra’s al Ghul, has always put them at odds. That changed in Batman: Son of the Demon when the Dark Knight agreed to ally with Ra’s and Talia in order to combat a greater threat. During this alliance, Batman and Talia lived together as husband and wife, and the Caped Crusader began to experience joy as he never had before. When Talia announced she was pregnant, Batman said it was the happiest time of his life. Sadly, the partnership and marriage soon fell apart, and for years Batman thought the baby had been lost. But there’s no denying the feeling the Dark Knight felt during this extended honeymoon. 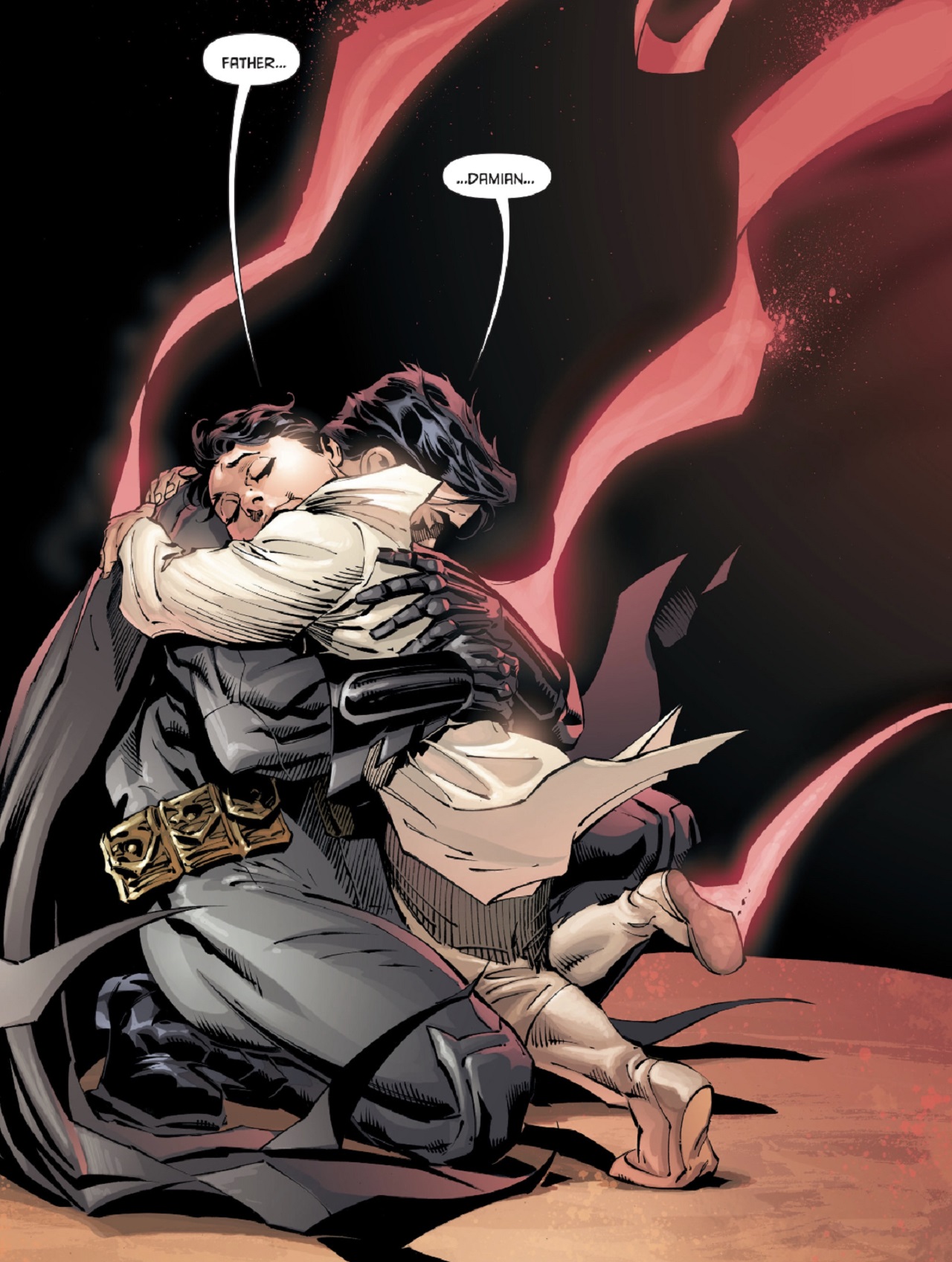 And speaking of Batman and Talia's son, who indeed lived... When Damian was killed by Heretic, it was one of the darkest days in Batman’s life. There's no heartbreak like a parent having to bury their child, but Batman wasn’t ready to give up. During the "Robin Rises" event, Batman and his allies journeyed to the depths of Apokolips to recover Damian’s soul and return him to the land of the living. The journey was strenuous, and it almost cost Batman his life, but in the end he was able to bring his son back. This too was an emotional highpoint in Batman’s life. He may not have been able to save his parents, but he was able to save his son.

GETTING ENGAGED TO SELINA KYLE 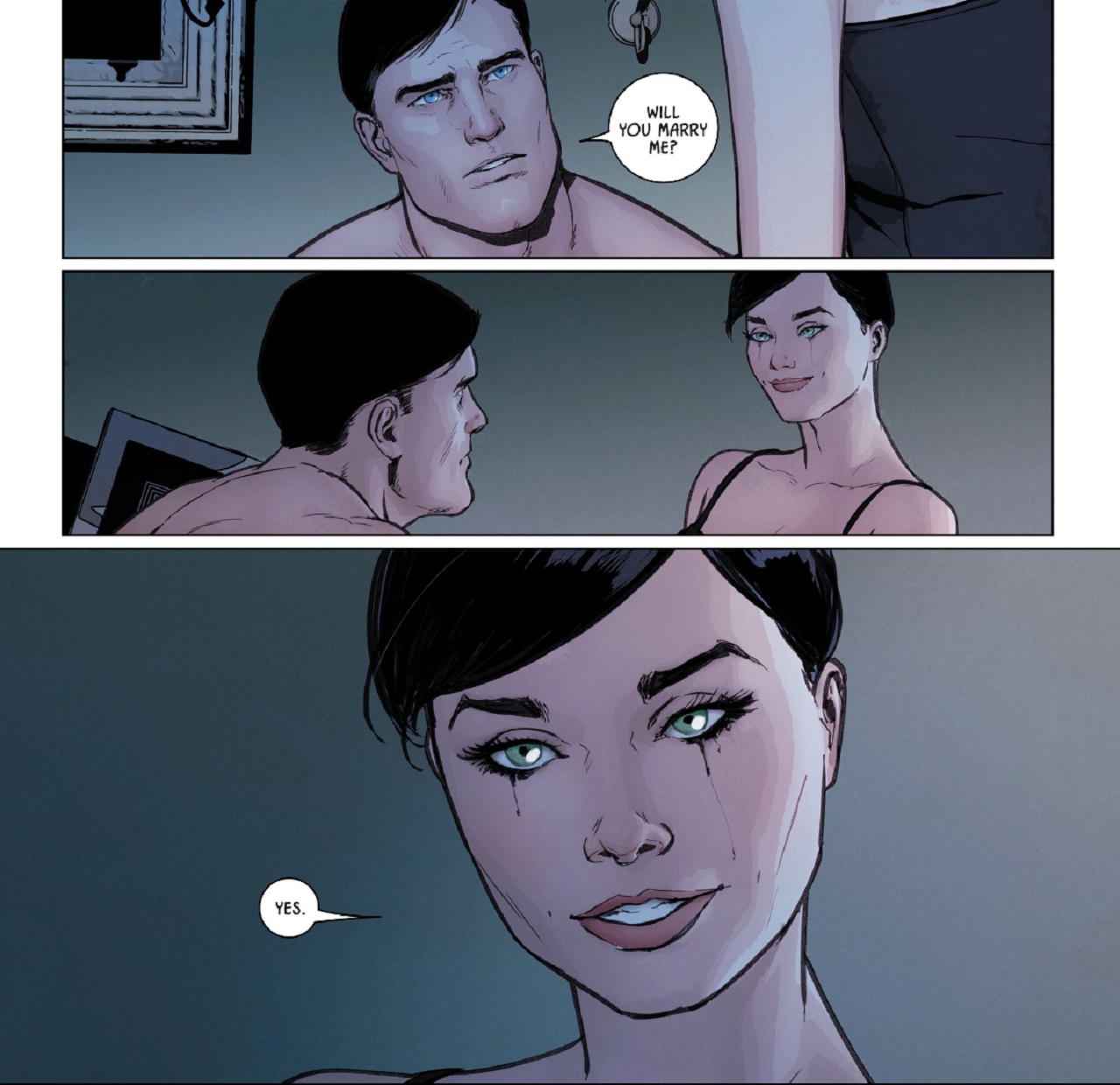 For some reason Bruce has convinced himself that being Batman means saying no to his deepest desires. That changed in 2017’s Batman #24, when the Dark Knight decided to listen to his heart, and proposed to Catwoman. Selina accepted the proposal in 2017’s Batman #32, which overjoyed Bruce. Was he really allowed to be happy? Unfortunately the whole thing ended badly, but that came later. 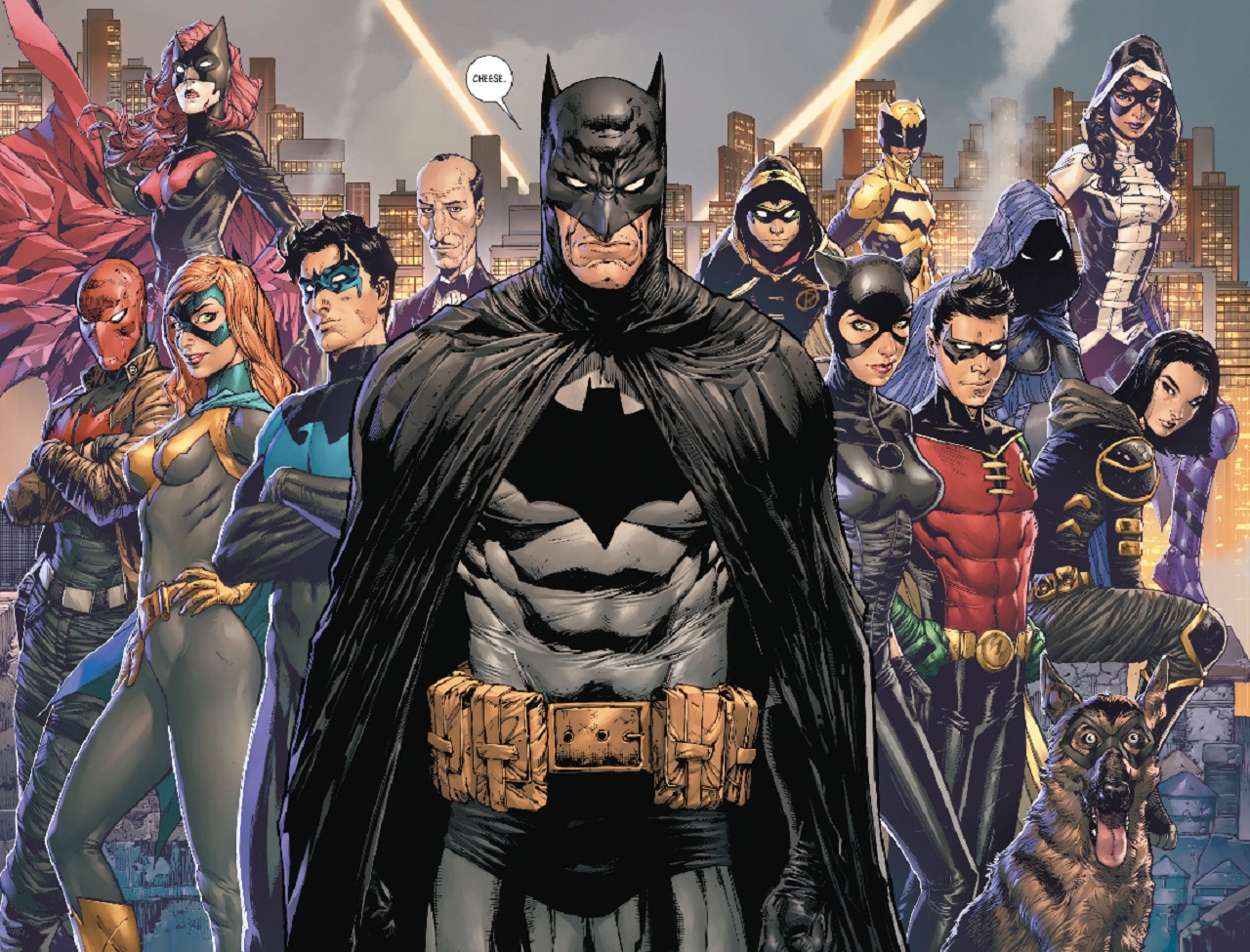 In Detective Comics #1000, Batman gathered his closest allies to take a family portrait. This one was special, because the Batman family usually doesn’t get together under happy circumstances, instead gathering to take care of earthquakes, plagues, or murder mysteries. And even then someone is usually absent because they’re temporarily dead. This time all of Batman’s children were together, including the usually absent Cassandra Cain and the black sheep Jason Todd. Even Alfred and Ace the Bat-Hound showed up. He was able to immortalize the moment in a photograph. Batman will never admit it, but we suspect he probably uses that image as his Batphone lock screen.

HONORABLE MENTION: A FUN AFTERNOON WITH SUPERMAN AND ROBIN 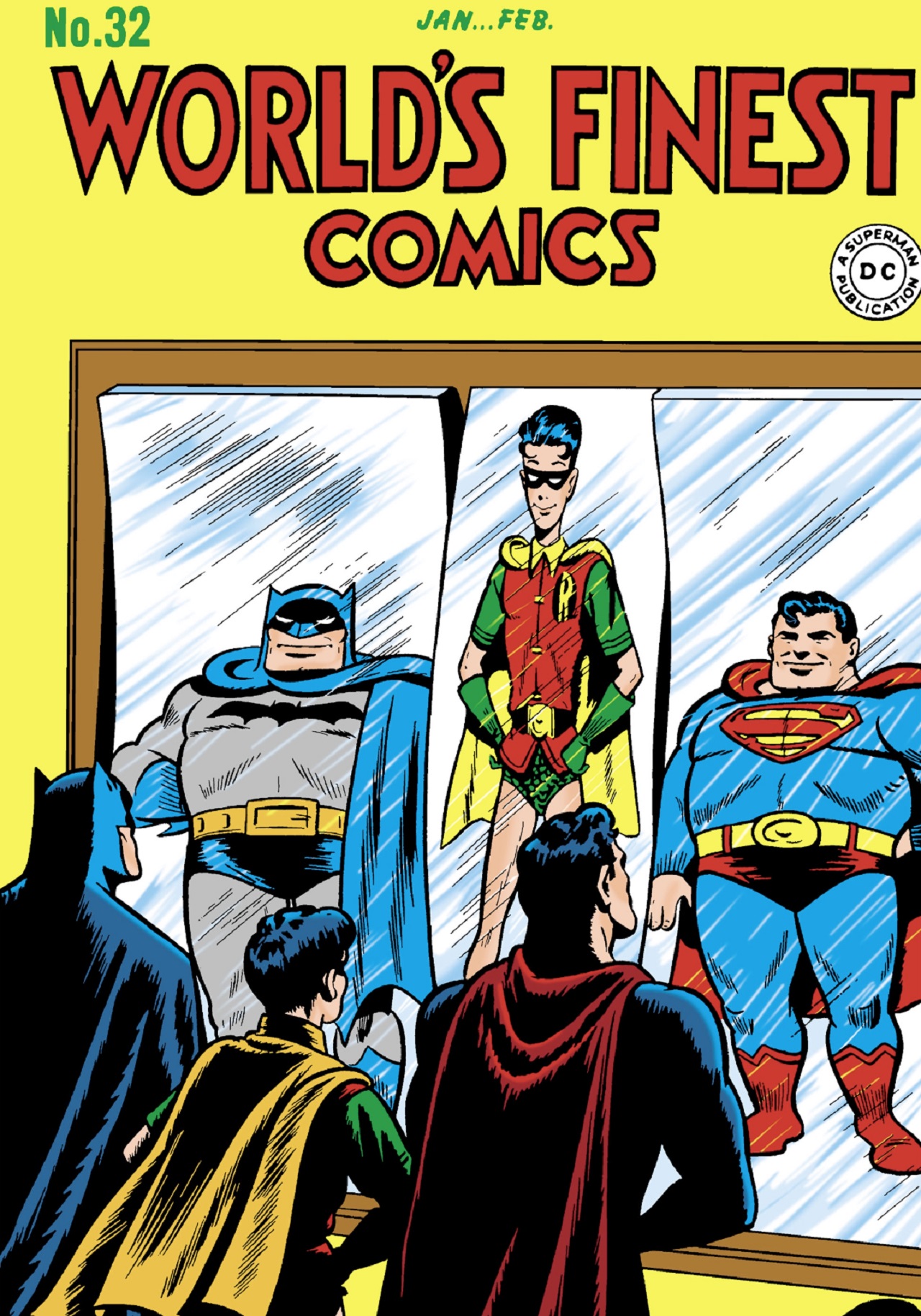 If you look at the early Golden Age covers for World’s Finest, they seem to tell a story about a fun day out with Superman, Batman, and Robin. The heroic trio played baseball, planted a victory garden, went to a funhouse, took a joyride on a firetruck, and more! The untold story of this playful afternoon has never been fully chronicled, but judging by the covers, it looked like one of the happiest days of Batman’s life.

Did any of your favorite moments get overlooked? Let us know in our Community!