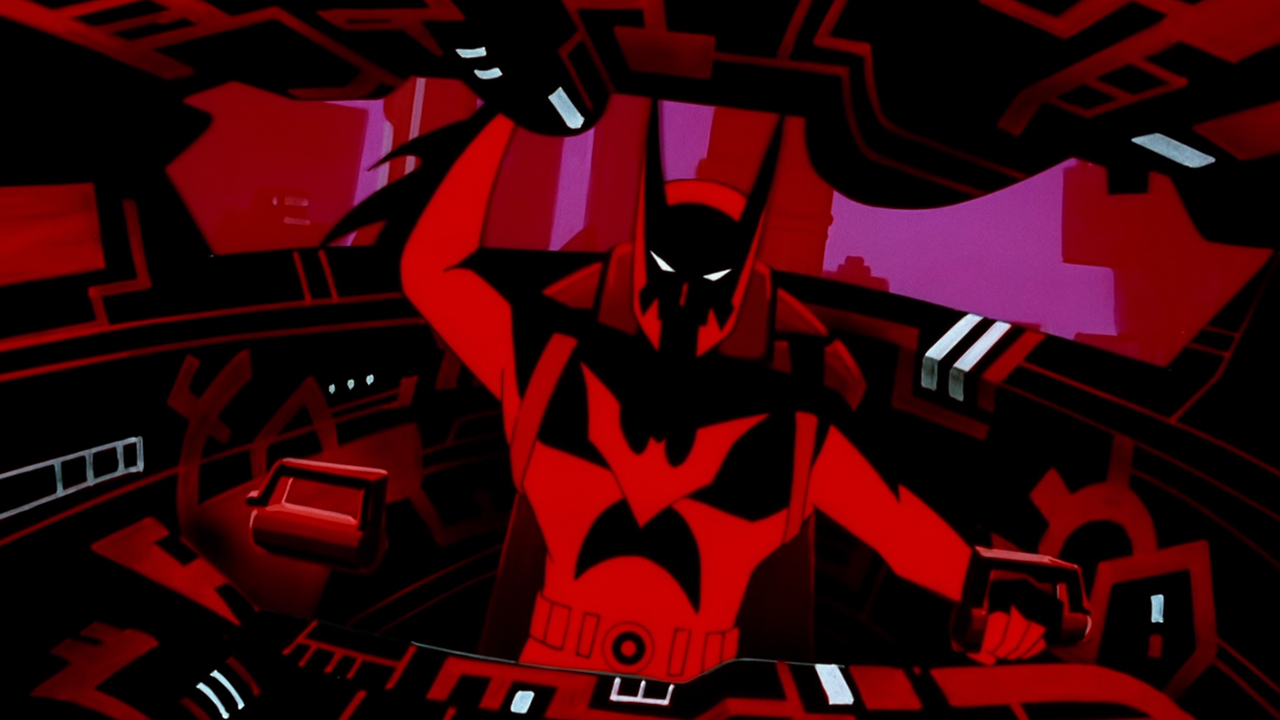 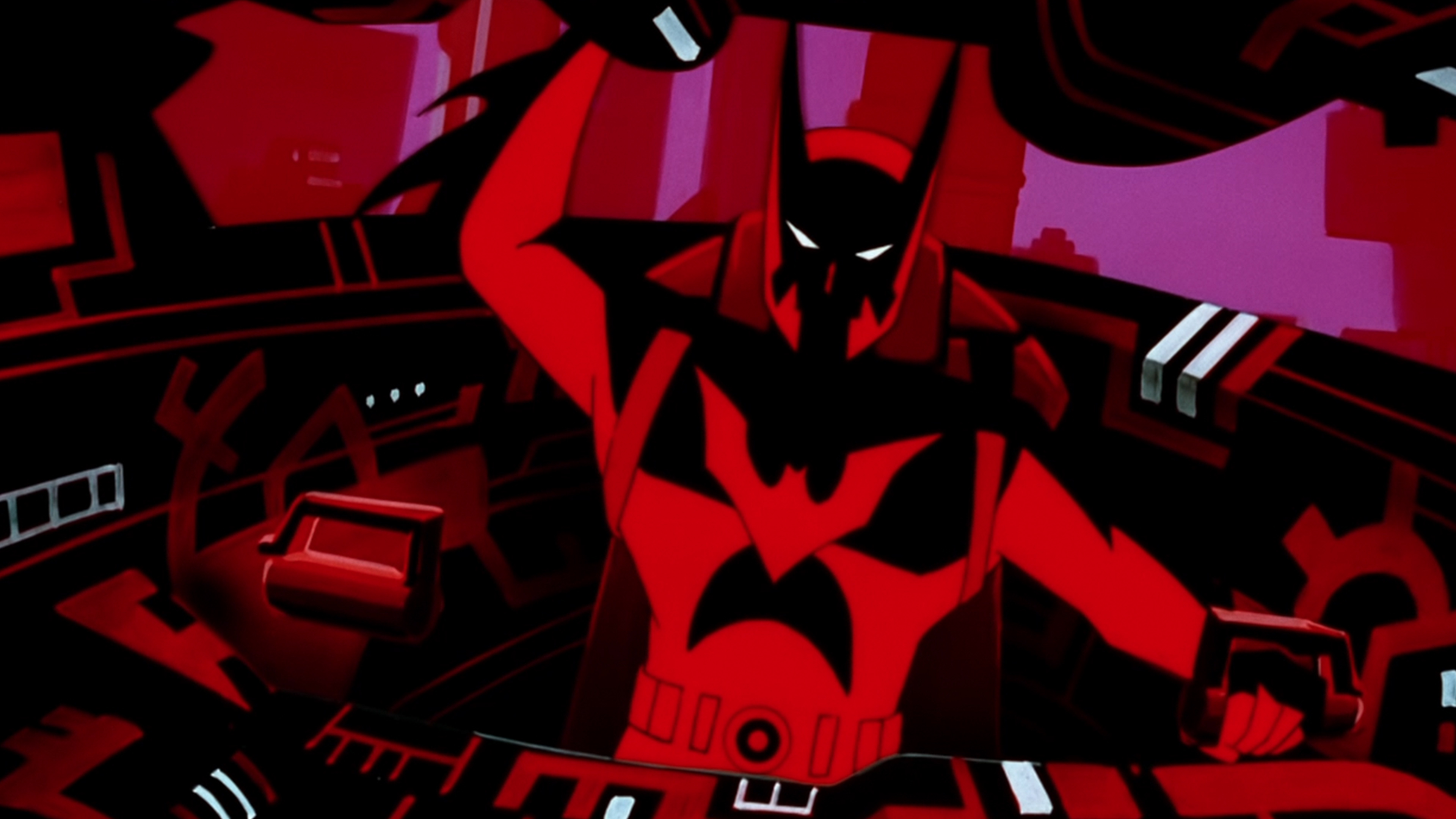 7 BATMAN BEYOND Gadgets We Wish We Had Right Now

Since its debut in 1999, 'Batman Beyond' (the first season of which is now available to watch in HD on DC Universe) has been one of the coolest visions of the future ever depicted in the DC Universe. Although here in 2019 we have things like drones and self-driving cars, we have yet to graduate to the full-on cyberpunk future of Neo-Gotham 2039. From flying cars to tricked-out battlesuits, we've compiled a list of some of the most awesome tech from 'Batman Beyond' that we just can't wait 20 more years for. Read on! 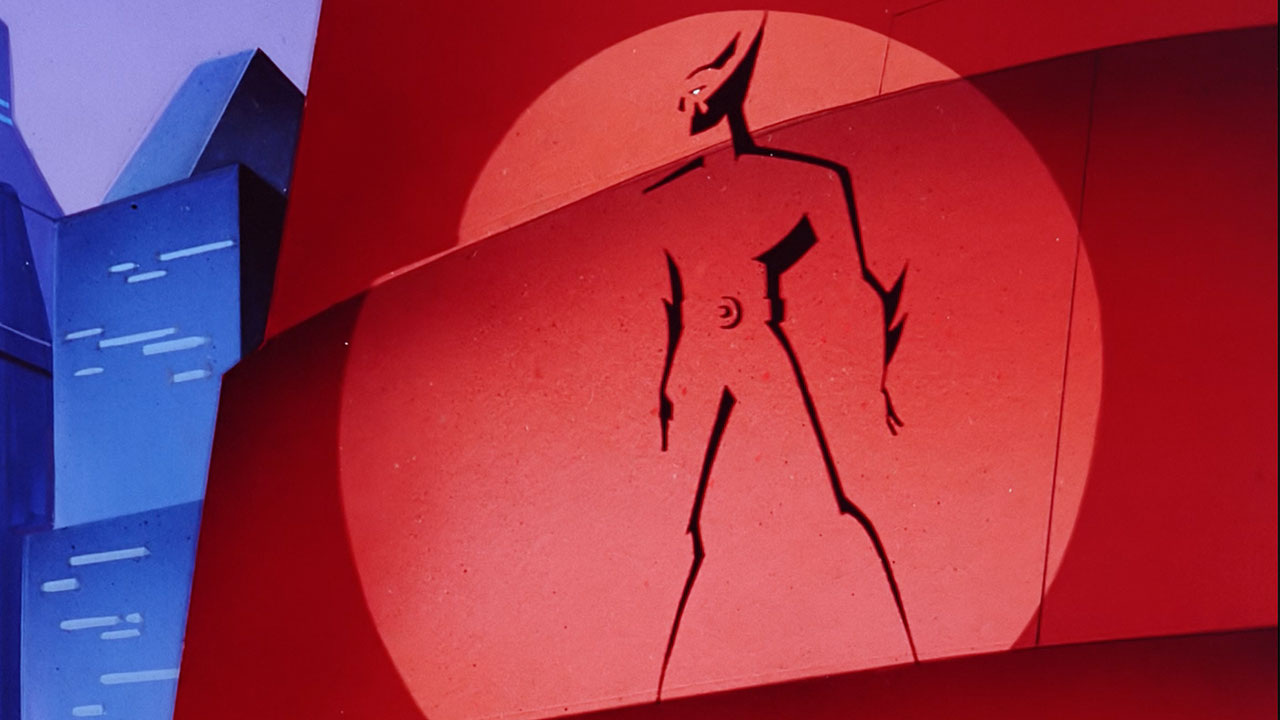 Sure we have stealth planes, but an all-out cloaking device built into your utility belt is still very far off! Imagine sneaking around a high school reunion unnoticed in your cloaked suit getting all of the gossip and none of the hassle. How about using it to sneak into work or class late? You could also pretend your apartment is haunted and get the landlord to knock off some of the rent. I'm surprised Terry didn't use this more often for these reasons. He does use it quite frequently in the episode “Golem” to spy on the police and to watch a basketball game. Fingers crossed that the new iPhone has this feature! 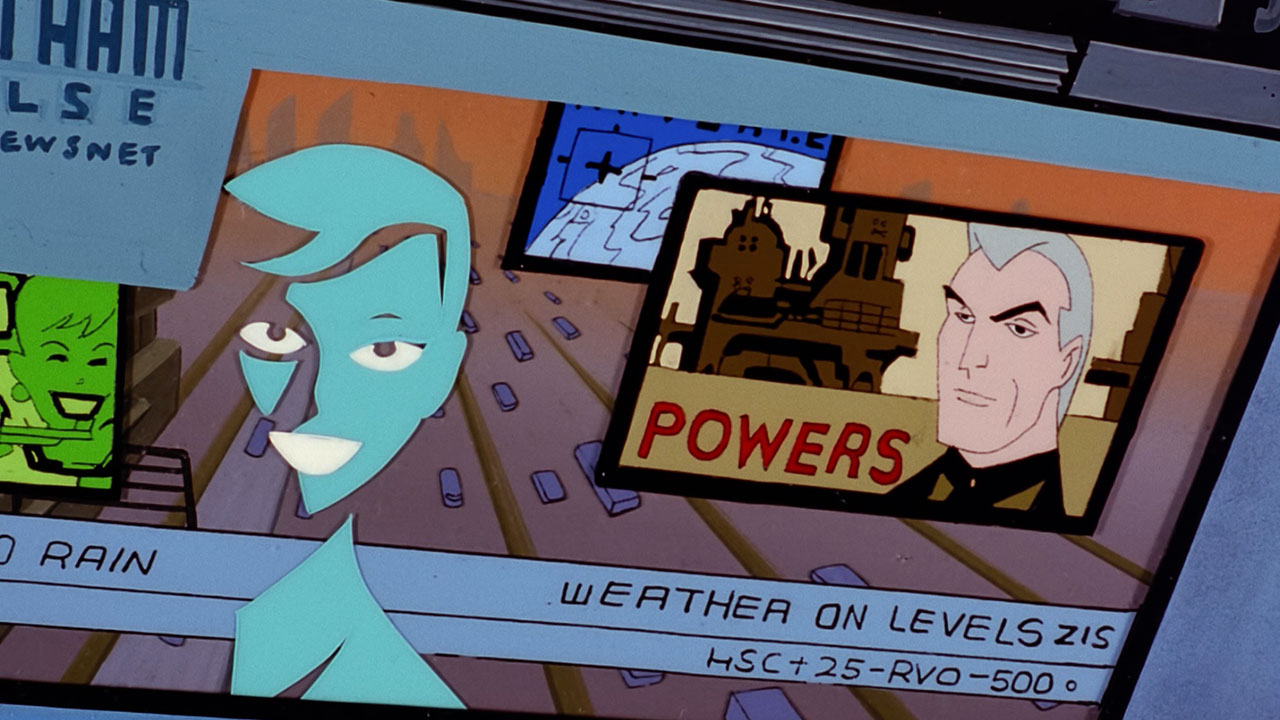 We've managed to produced a holographic Tupac, but the holo-trend still hasn't made its way to the news stations. In this day and age it would be refreshing to get all of the news from a soulless virtual anchor rather than a soulless human anchor -- with no spin and no slant. 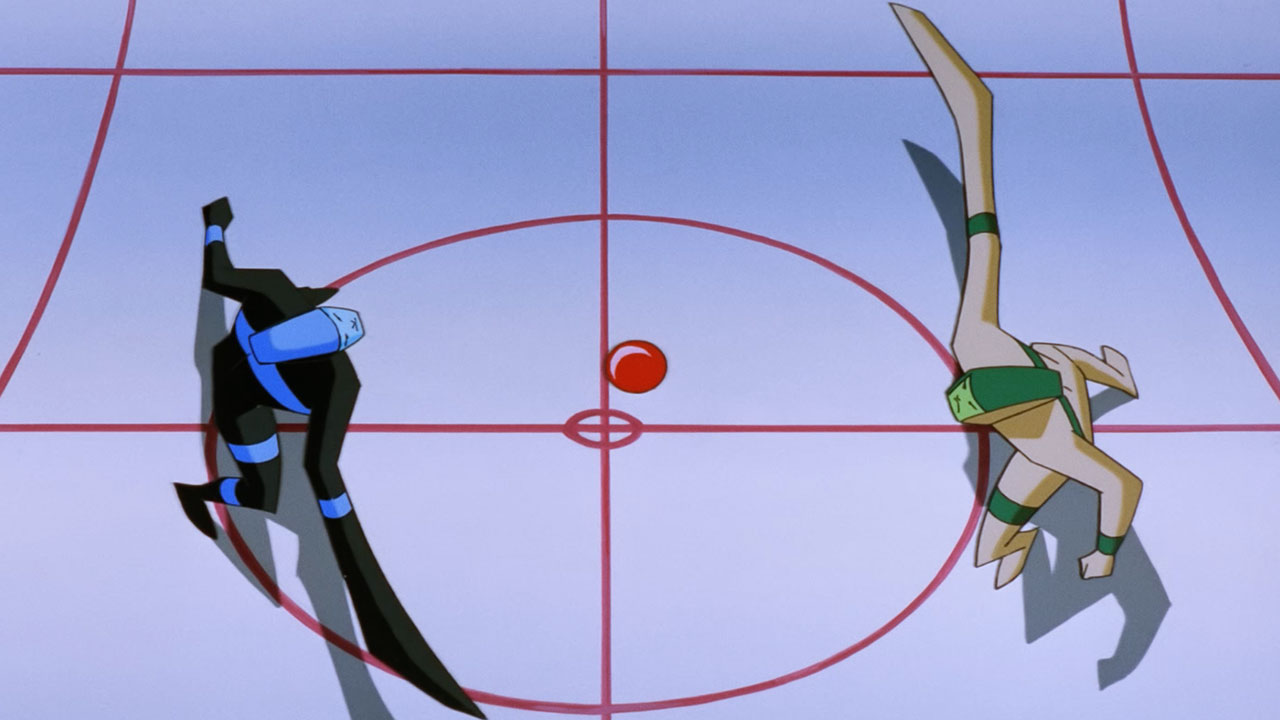 Yes, we do have hockey, but 'Batman Beyond' has a completely different version of the sport. It's a bizarre mix of jai alai and lacrosse all inside a zero gravity bubble the size of a football field. It looks more like Final Fantasy's Blitzball with a dash of Quidditch rather than traditional hockey, thought it seems a little dangerous to have just any high school kid play this without zero-gravity training. (Hockey is dangerous enough without subtracting gravity from the equation.) But no matter how dangerous it is, if they played this in real life, we'd be first in line to suit up. 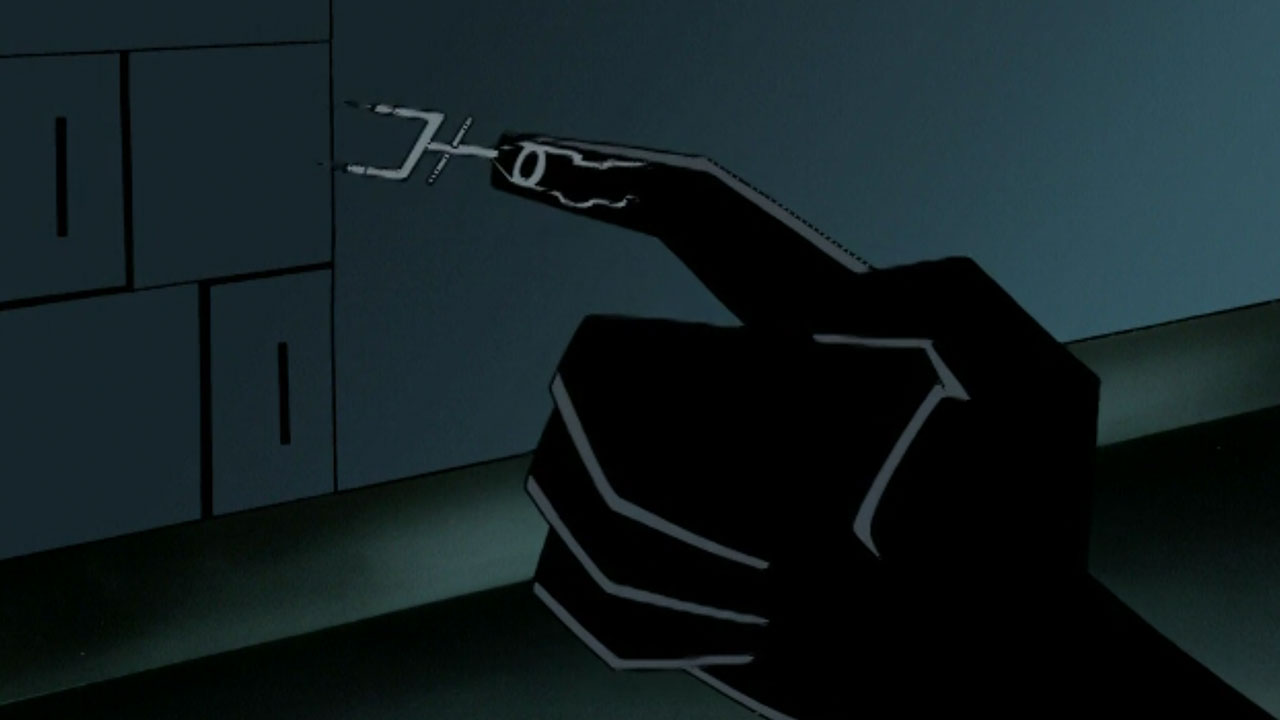 Hate forgetting which password you use for that one account you log into twice a year to wish your great aunt happy birthday? I can’t remember what I had for breakfast, let alone what I changed my work password to last week. This isn’t a problem for Batman, since he literally has a password hacker at his fingertips! He uses it in “Speak No Evil” to access a zoology lab, but it would definitely come in handy (no pun intended) for the MANY passwords we've all got to remember these days. 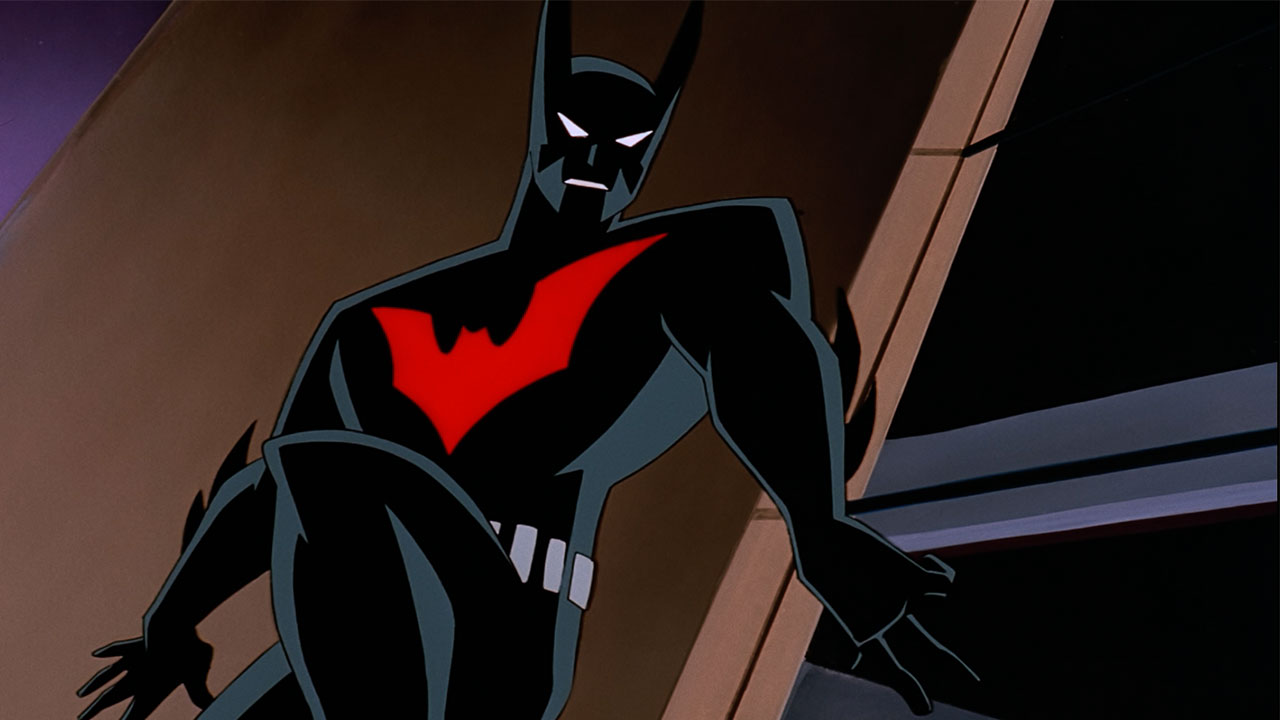 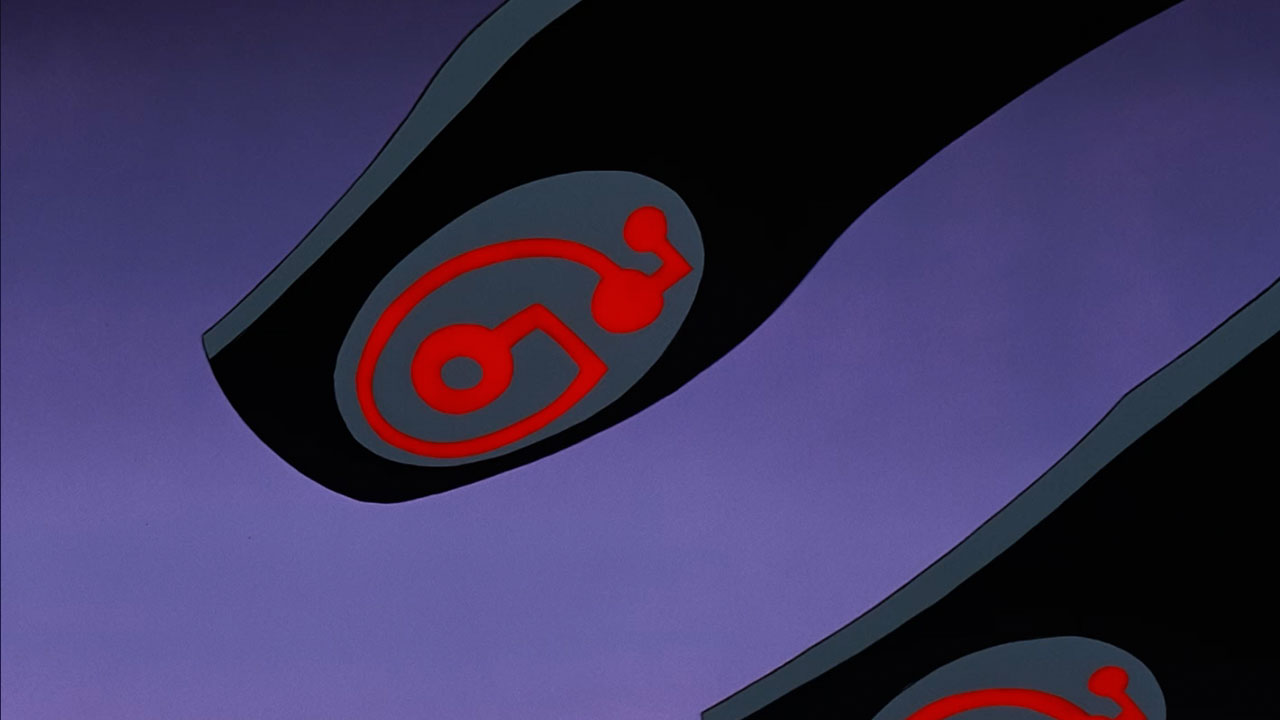 Everyone wonders what people are talking about when you’re not in the room. Are they talking about you? Maybe they’re planning a surprise party! Or maybe they're planning to spike your cold brew with Draino?! Using Batman's fingertip listening device, you’d never have to worry about what kind of surprise you're in for. In “Rebirth Pt. II,” Batman uses it on a window to eavesdrop on Derek Powers in order to gain valuable information. It’s certainly far more reliable and discreet than putting a cup against the wall. And it looks much cooler too. 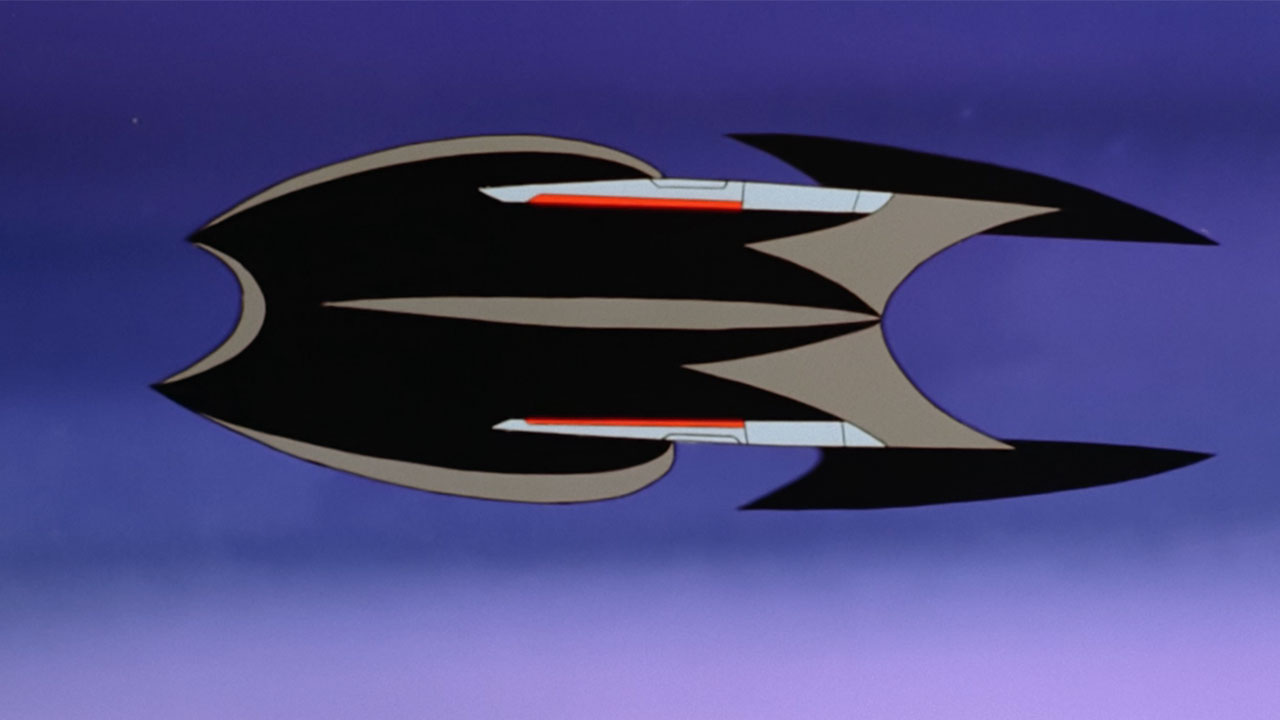 The only way to make the Batmobile cooler is to make it fly. All of the usual Batmobile functions are packed into this sleek and stealthy vehicle, which comes complete with a remote control function to bring it to Batman whenever he needs it. Sure you can remote control and self park your Tesla, but it’s not going to fly right to you. Can’t find parking? Just hover it above someone else’s car. Don’t want to pay to park at the airport for a week? Remote pilot it back to your own garage. We’ve been promised flying cars for decades, but we want a flying Batmobile NOW. 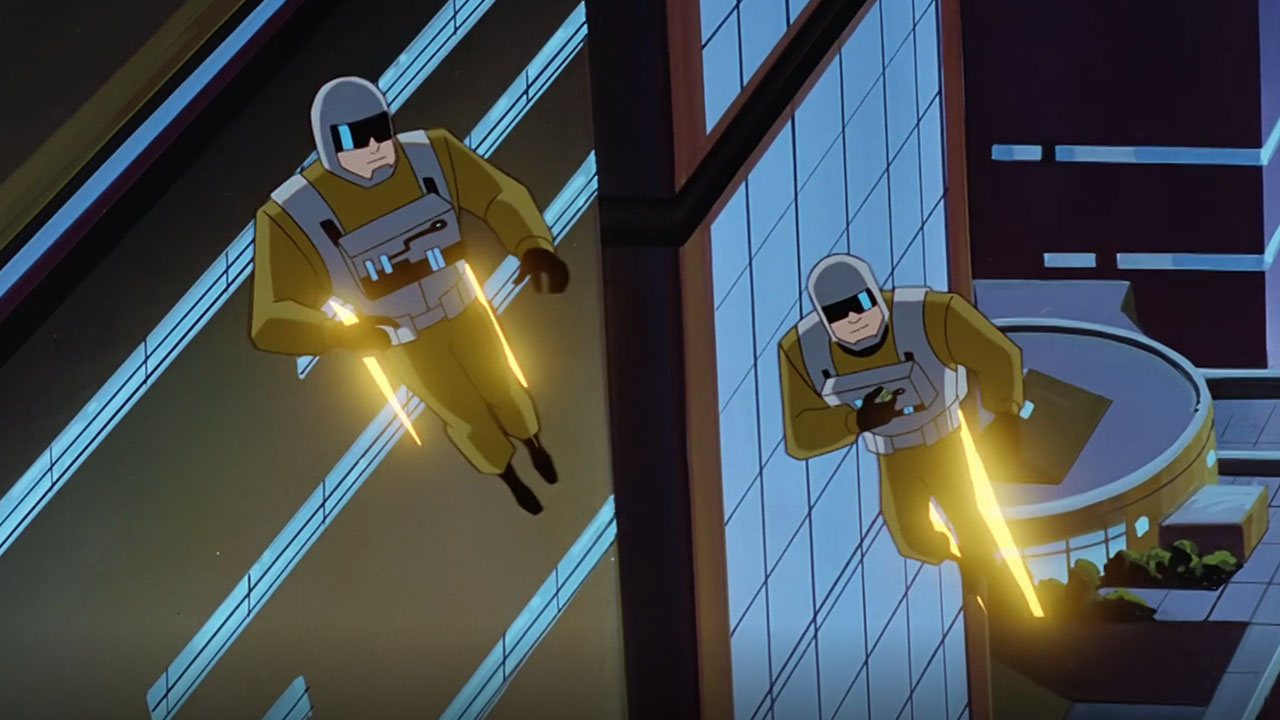 If we can’t have flying cars, a jetpack will do. Despite the dangers these bank robbers face in “Heroes,” I’d still feel safer in a jetpack than in Batman’s rocket boots. You’d have more control, plus you’d look a lot cooler putting on your jetpack and blasting off. Need a ride? No thanks, I jetpacked to work today! You’d definitely need a visor to keep bugs out of your face as you soared high above the city streets. Although, who knows how fuel efficient these things would be.

What's your favorite Bat-gadget from 'Batman Beyond'? Let us know in our Community!