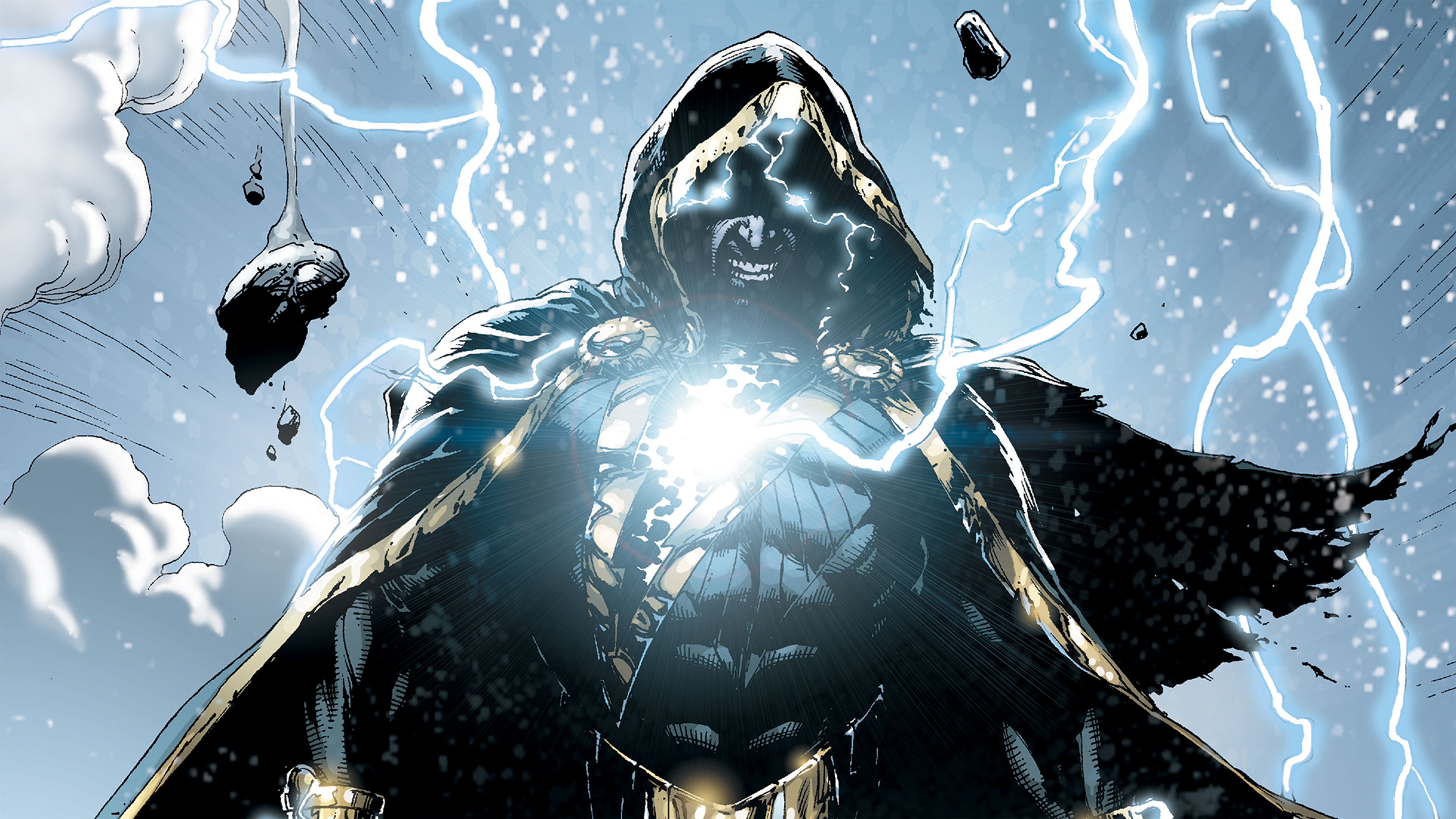 Say the magic word and mark your calendars for December 22, 2021! That's right -- the much anticipated Black Adam film, starring Dwayne “The Rock” Johnson, finally has a release date, and we couldn’t be more thrilled. After all, this year's Shazam! movie kicked butt, and Black Adam has always been one of the most interesting villains in the DC Universe. There's so much story potential for a Black Adam film, in fact, that naturally our brains have been spinning since the release date was announced. Here are 6 things we’re hoping to see in the upcoming Black Adam film! 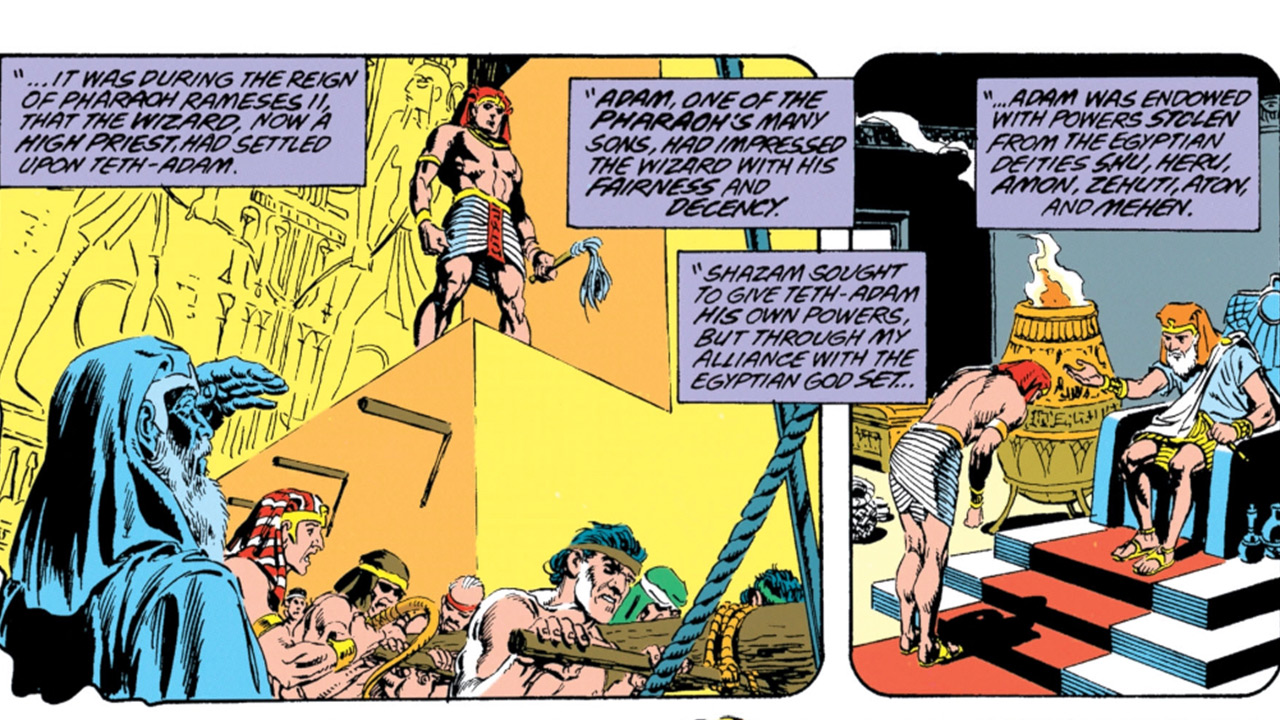 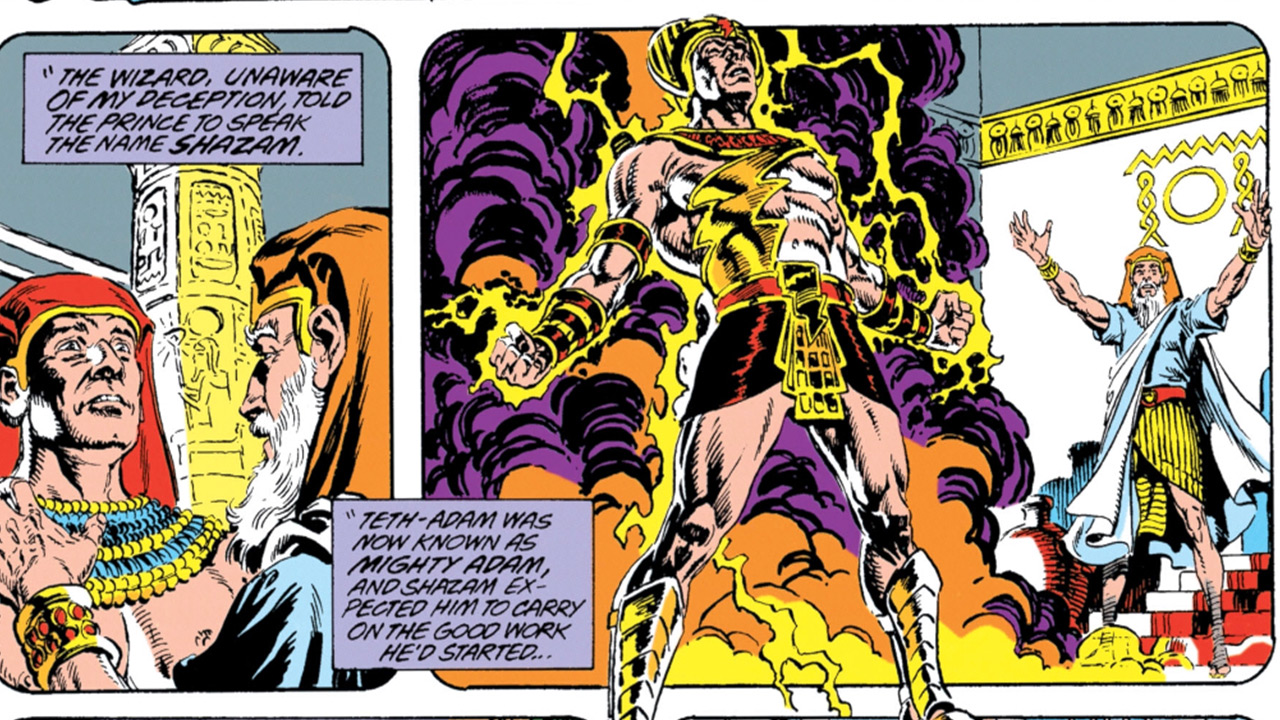 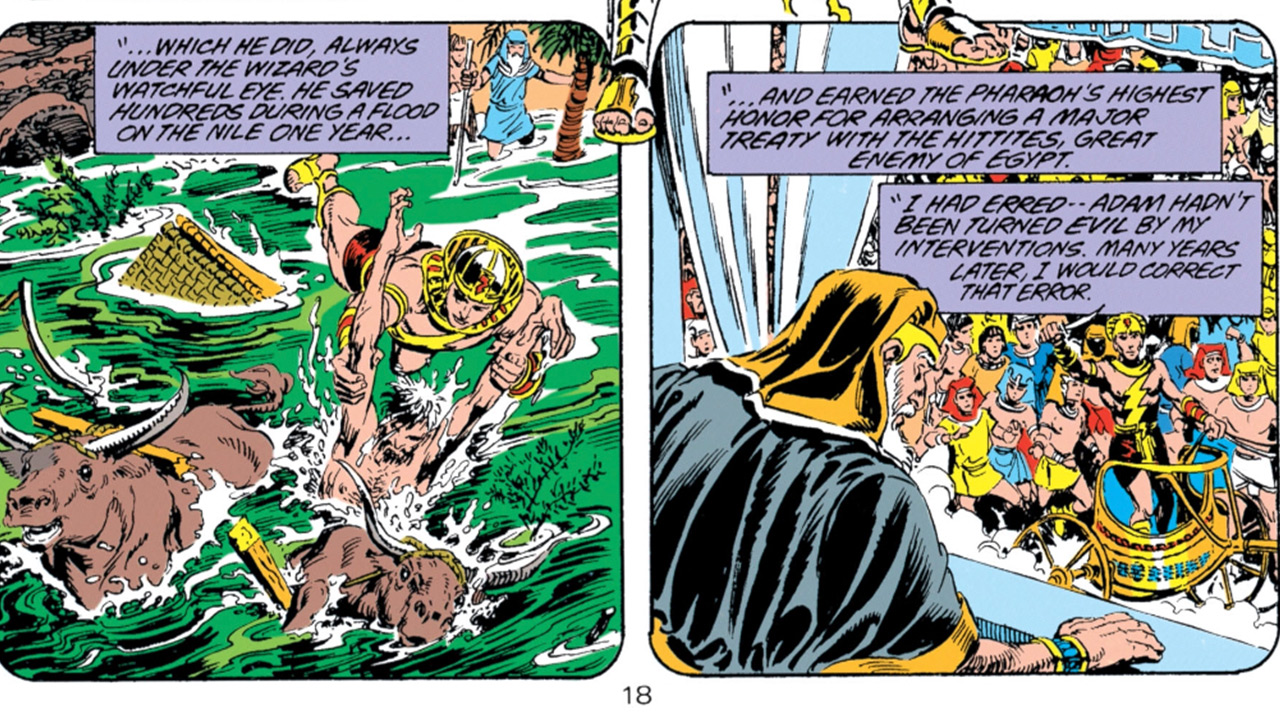 If you don’t know the character of Black Adam, imagine someone with all the powers of Shazam, but without his moral compass. We know Billy Batson did some questionable things in the last movie, like play hooky from school and rig an ATM, but he learned his lesson and became a hero. Teth-Adam (Black Adam’s birth name) did not. Teth-Adam was given his powers in the Ancient Egyptian era, and he quickly became corrupted by them. Calling himself Black Adam, he used his great abilities to rule people who were powerless to stop him. This reign was briefly alluded to in The Power of Shazam #10 and the Superman/Shazam!: The Return of Black Adam animated film, but can you imagine how awesome it would look in live-action? Honestly, we haven’t been able to stop, and we hope to see this come to life in the upcoming movie. 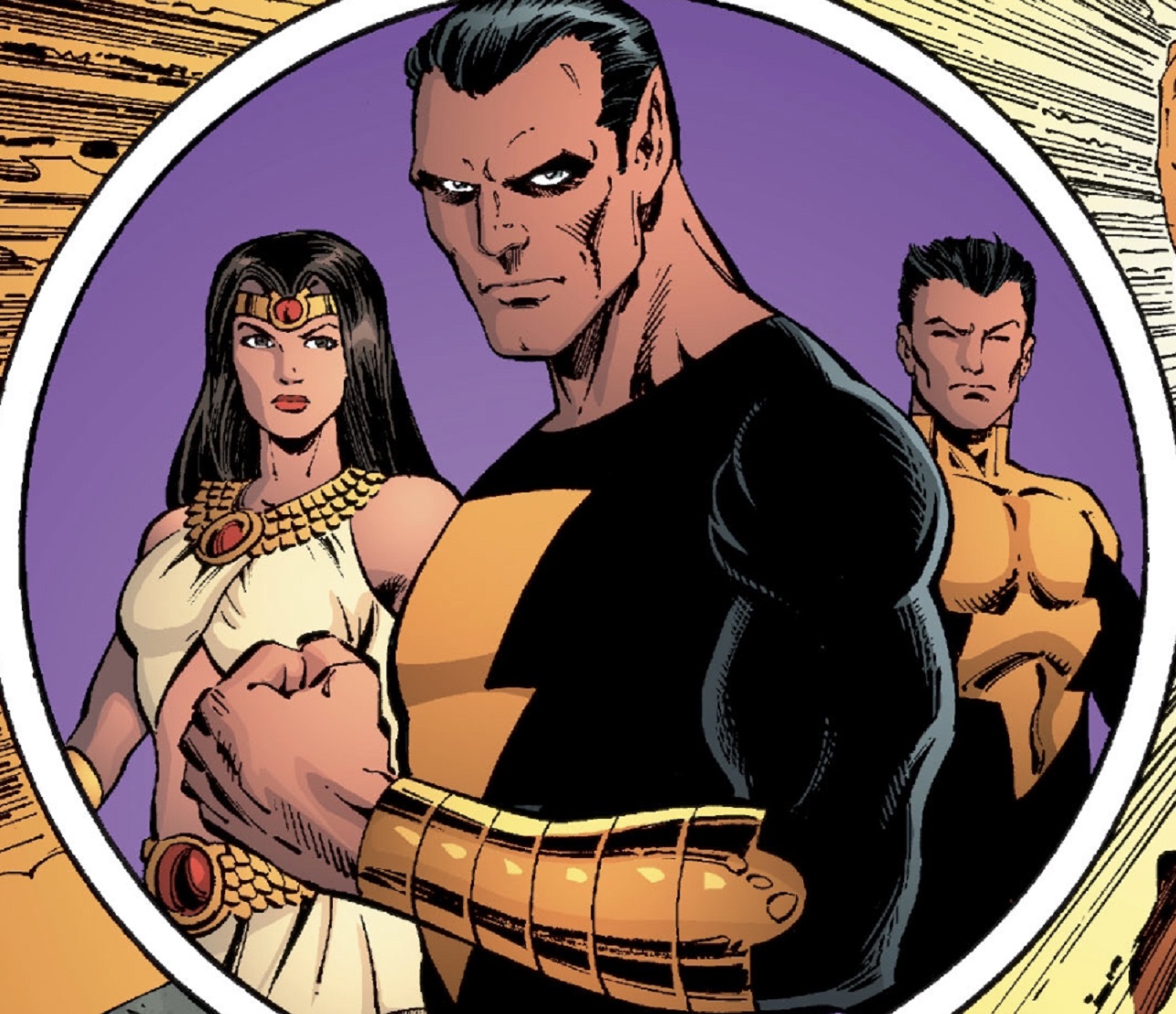 Remember that epic scene from the last act of Shazam! where Billy’s foster siblings got powers and became the Shazam Family? Did you know that Black Adam has his own version of the Shazam Family? One of the most gripping stories about Black Adam was told in DC’s 52 series, where the villain tried to settle down with a family and rule a nation. While ruling the country Kahndaq, Black Adam frees a slave named Adrianna, and uses a magic amulet to transform her into the superpowered Isis. The two quickly married and rescued Isis’s missing brother Amon, who Black Adam gifted some of his powers to, transforming the lad into Osiris. Together with Osiris’s talking crocodile Sobek, they became the Black Marvel Family! It was a very heartwarming status quo until tragedy struck. But despite the sad ending, they could still be an exciting addition to the upcoming Black Adam film.

THE ORIGINAL ROCK OF ETERNITY GUARDIANS 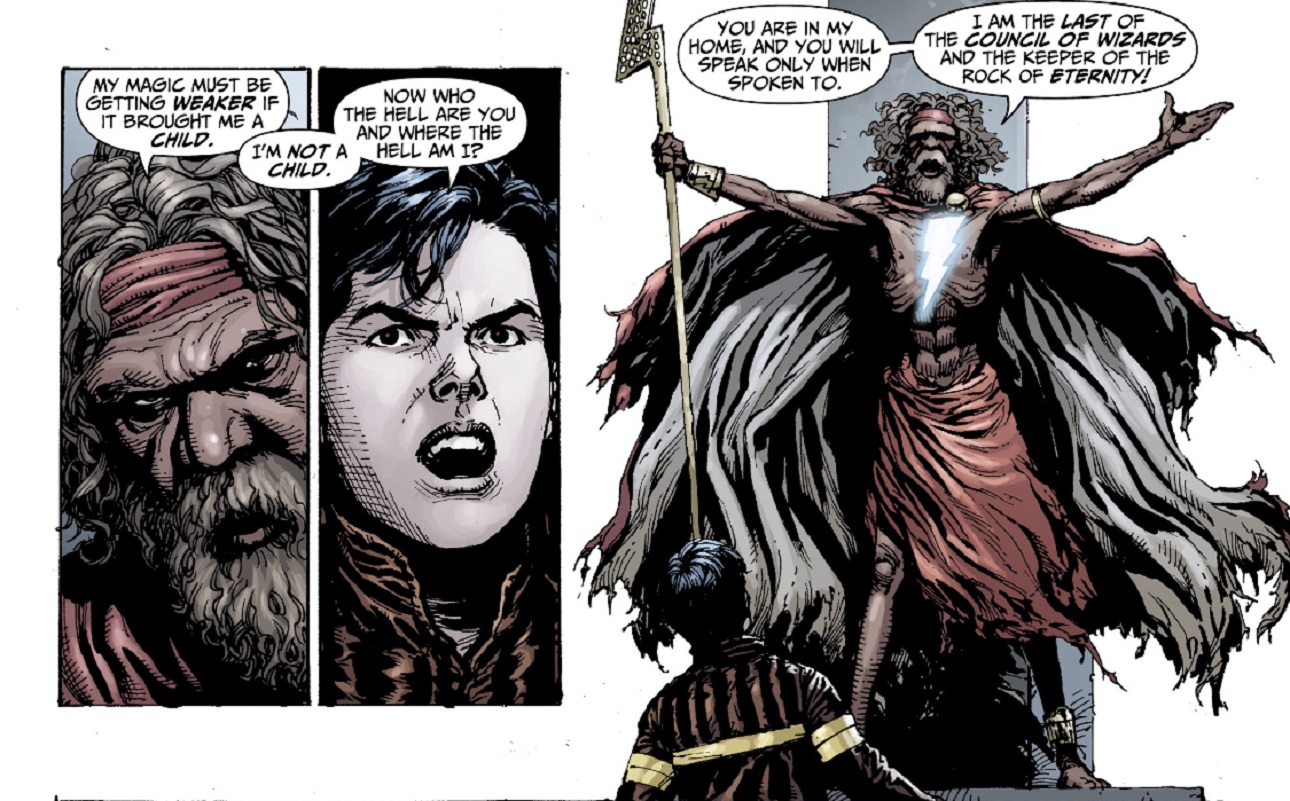 If you’re like us, then you’ve probably watched the Shazam! film more than once, and with each subsequent viewing there’s always something new to catch. For example, when the wizard Shazam is granting Billy Batson his powers, he tells Billy that he used to watch over the Rock of Eternity with a whole family of wizards. If the upcoming Black Adam film explores the wizard’s backstory, this means that we might get to meet the other wizardly guardians. Think of all the casting possibilities!

Speaking of those Rock of Eternity scenes, you may have also noticed Mister Mind in a glass case. If you don’t know who Mister Mind is, he’s a wormlike alien with a mind as sharp as Lex Luthor, and a thirst for murder as big as the Joker's. Don’t let his size fool you, Mister Mind is one of the deadliest living creatures in the galaxy! For a fun look at the criminal worm, check out the Batman: The Brave and the Bold episode “The Malicious Mr. Mind!” If the movie version of Mister Mind was trapped in the Rock of Eternity, does that mean he was around causing havoc at the same time as Black Adam? If so, the new movie could feature a team up between the two tyrants. Could cinemas handle that much maniacal energy on one screen? 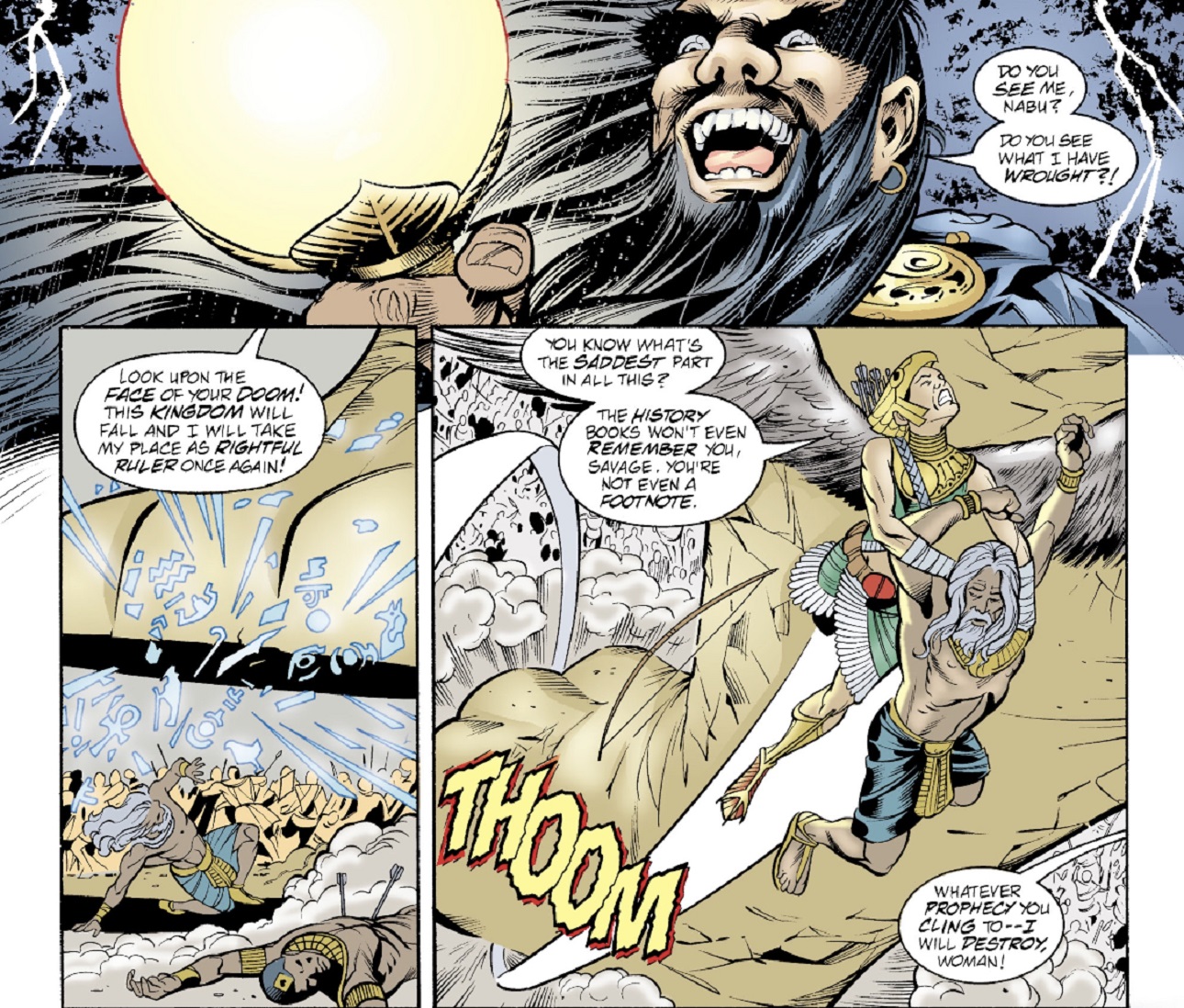 If the upcoming Black Adam movie decides to focus on his time as an ancient Egyptian ruler, there are plenty of other familiar faces from the DC Universe we might see. Don’t forget, Vandal Savage is an immortal criminal mastermind that has been around since the dawn of man. Plus, Hawkman was around in this era as Prince Khufu. If you’re interested in seeing these characters clash, check out 2002’s JSA #42-44. Who knows, we might be seeing some elements from that storyline in the movie! 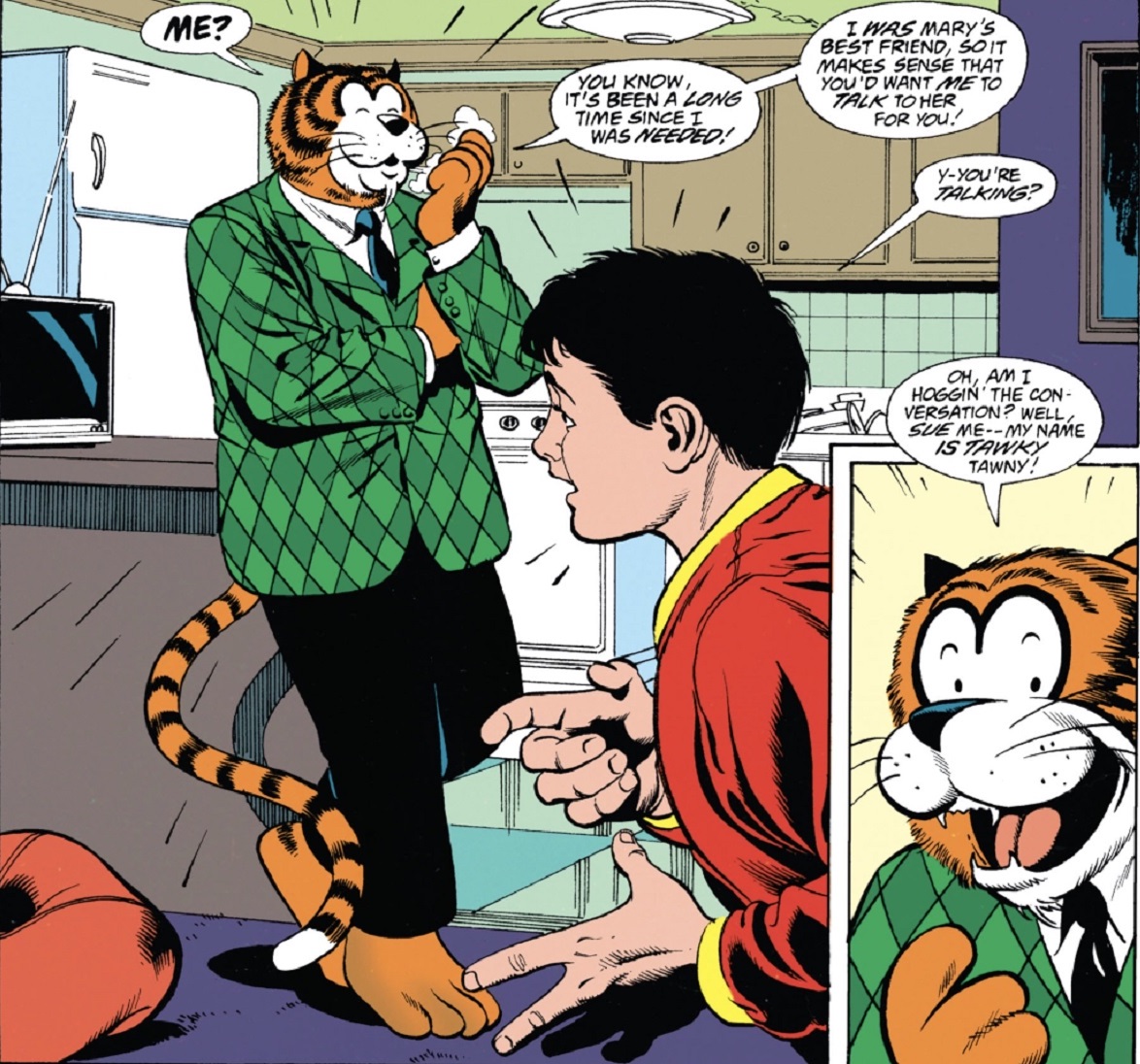 The Shazam! movie didn’t just drop hints of Black Adam, it also paid homage to Tawky Tawny, one of the greatest DC characters of all time. From the stuffed tigers to the mysterious tiger coins on Shazam’s cape, the feline imagery was everywhere! Tawky Tawny is an anthropomorphic tiger known for his tweed suits and sharp wit. He was a goofy friend of Captain Marvel’s during the character's original Fawcett Comics run, and became a heavily featured player in The Power of Shazam series. If the Doom Patrol television series could bring Danny the Street to a mainstream audience, then we think moviegoers are ready for a talking tiger.

What’s on your wish list for the Black Adam movie? Let us know in our Community!