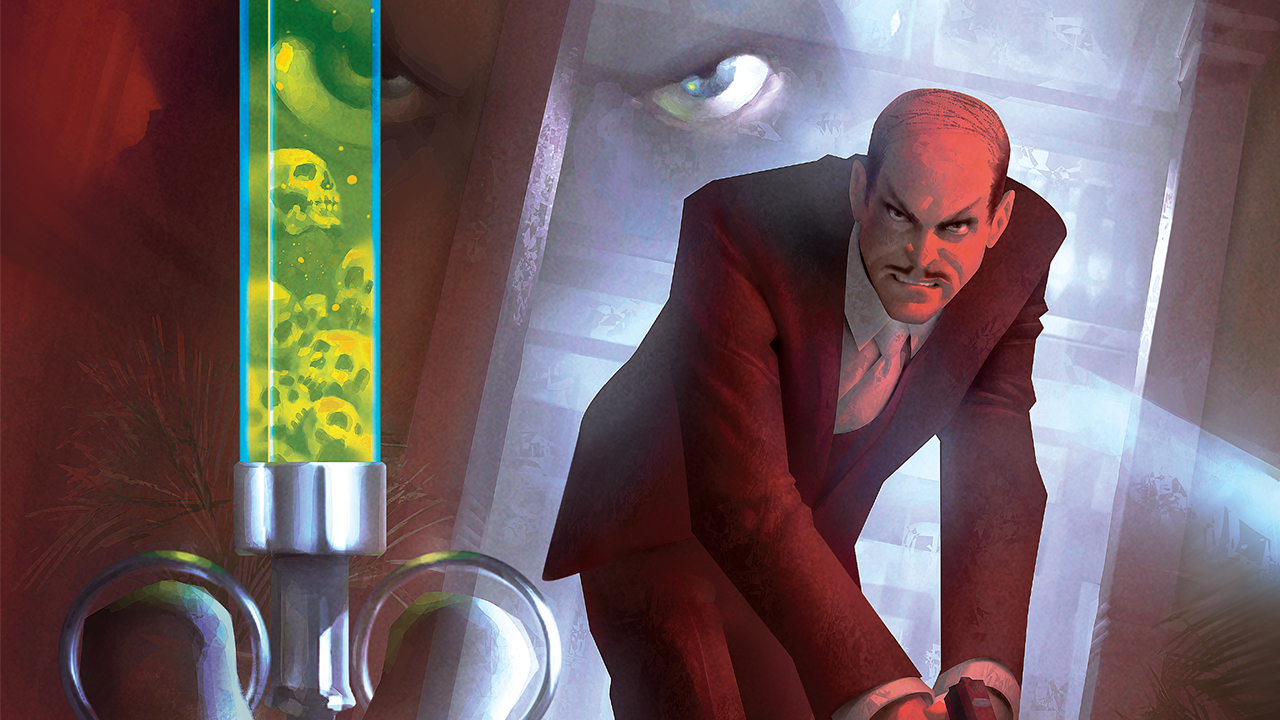 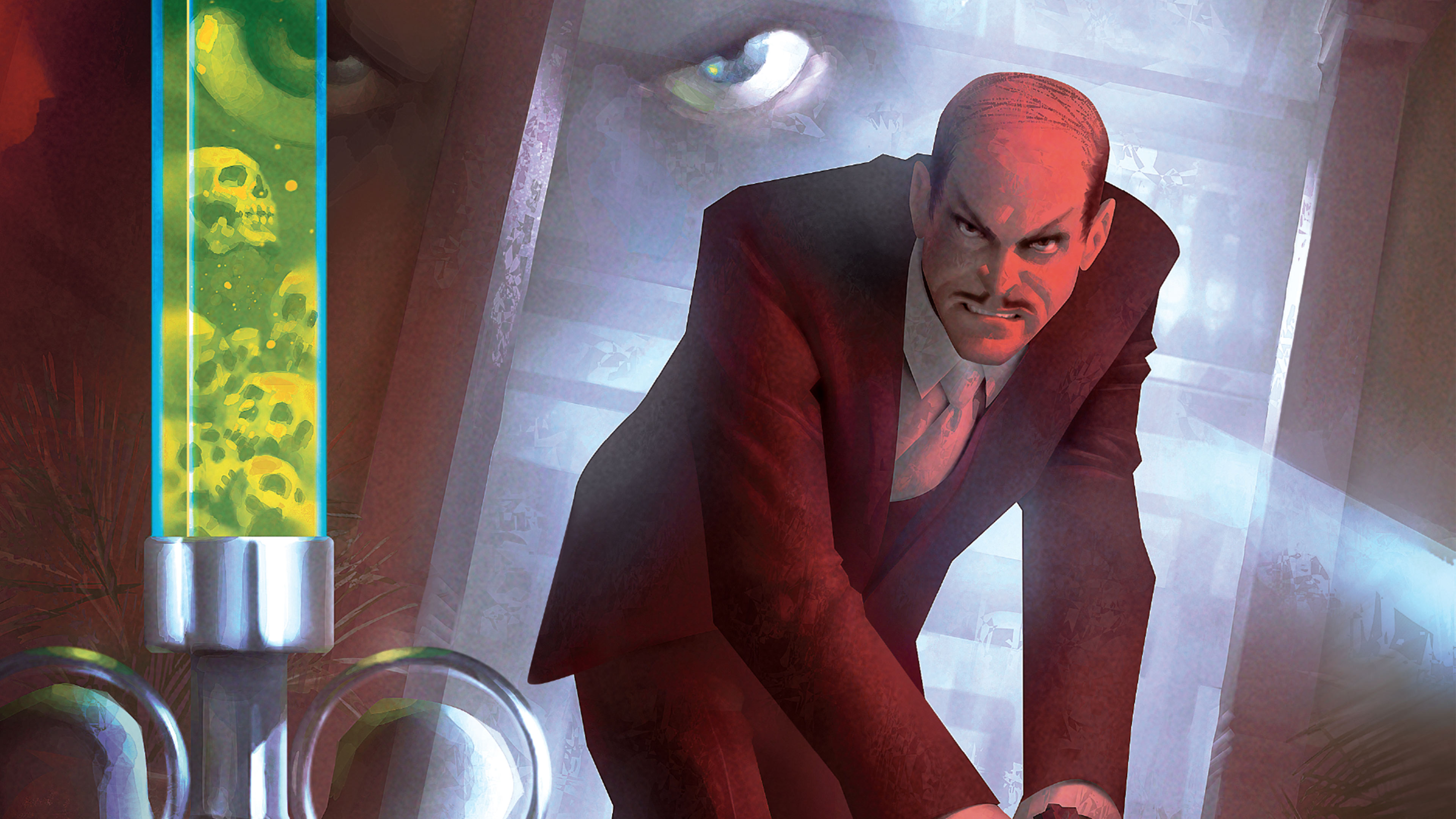 6 Comic Stories to Read if You Love PENNYWORTH

It’s no secret that Batman’s butler kicks butt. In fact, DC Universe members voted Alfred Pennyworth the best chef in the DC Universe in a poll we conducted last Thanksgiving. But Alfred’s skills go beyond the kitchen. Alfred has unsurpassed wit and emotional strength, and has been trained in multiple forms of combat. What can we say – when you’re serving the Bat, you’d better have a stacked resume! Thanks to the brand new action-drama ‘Pennyworth’ (airing now on Epix), a whole new set of fans are about to learn just how awesome Alfred is, as the series looks at his early days and focuses on his military background and friendship with Bruce Wayne's father, Thomas Wayne. To help you get the most out of ‘Pennyworth,' here’s a handy guide to some of Alfred’s greatest comic book stories, all of which can be read on DC Universe...

“The Man Who Killed Mlle. Marie” 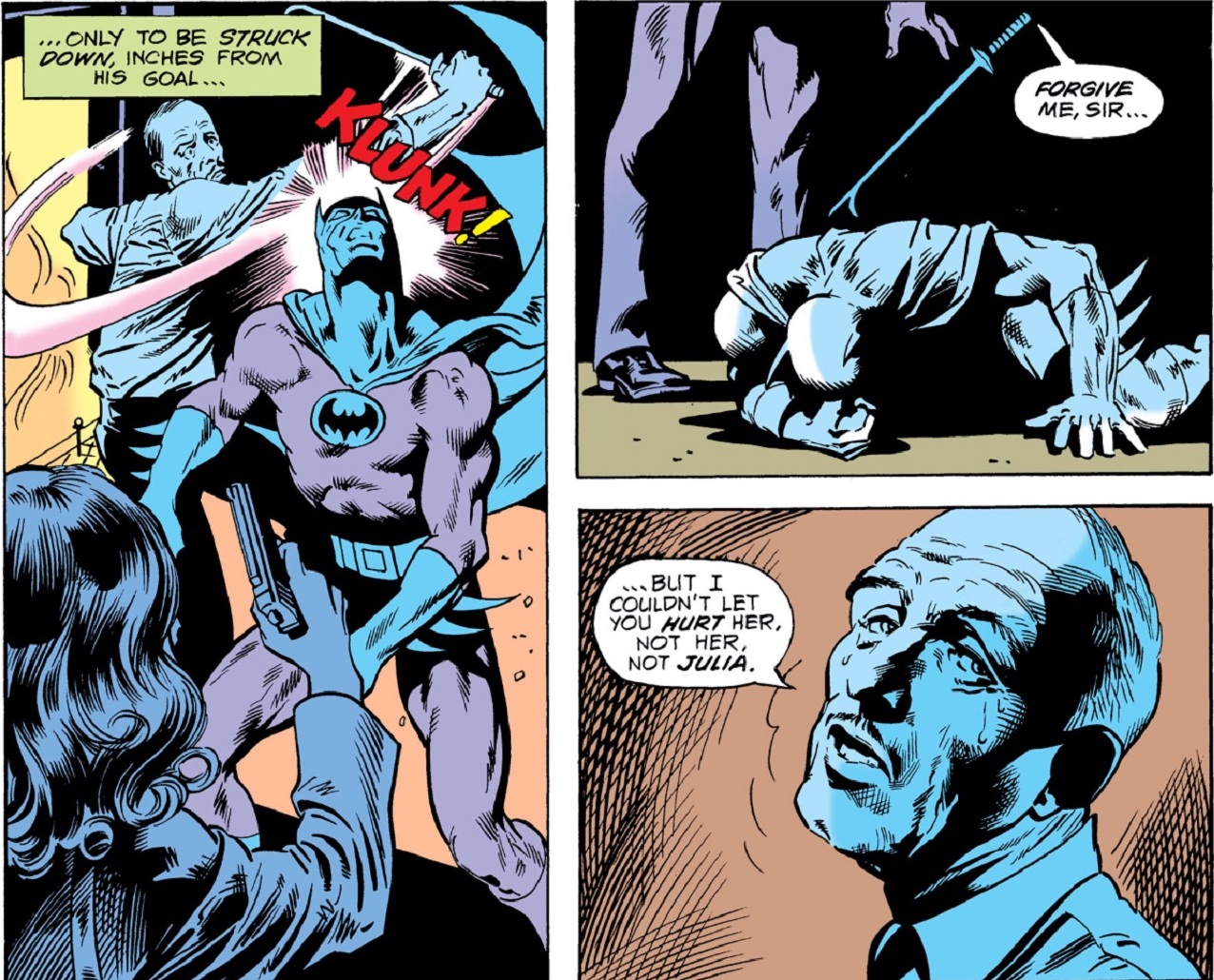 Butler Backstory: The secrets of Alfred’s past come back to haunt him, when he’s mysteriously called to France. The Dark Knight tracks his missing butler overseas, and along the way learns about Alfred’s history fighting alongside the French Resistance during World War II. During the final days of the war, Mlle. Marie was shot by someone she trusted, and her daughter Julia suspects Alfred. Now Alfred stands trial for the murder of a friend and former lover, and it’s up to Batman to clear him. In a way, the show ‘Pennyworth’ owes it’s existence to this two-parter, since it first established Alfred’s military history. Many media adaptations of Alfred, including ‘The Dark Knight’ and ‘Gotham,’ have made Alfred’s military background a major part of his character, and this is where it all started. Plus, this is where readers first meet Alfred’s daughter, even if she doesn’t her true lineage yet. 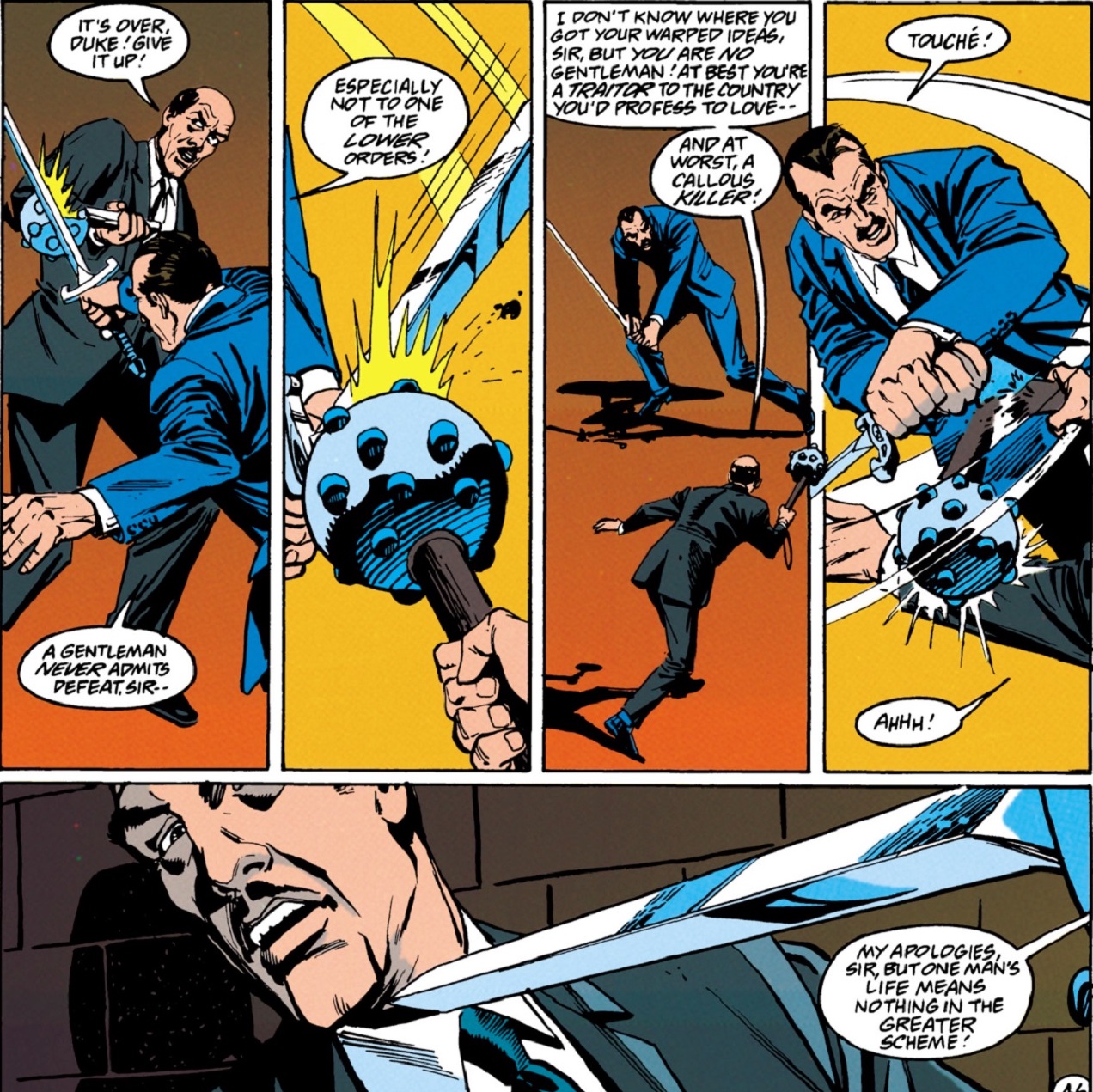 Butler Backstory: Nightwing tracks Alfred down in London, where the butler has been spending his time after leaving Batman’s employ during the events of ‘Knightquest.’ Alfred has reconnected with an old flame, whose son has been caught up in an international terrorist scheme after falling victim to crippling gambling debts. When Alfred learns the boy might be his son, he and Nightwing work together to take down the loan sharks, a corrupt duke and save London from a terrorist attack. This story takes Alfred out of the Batcave, and puts him in the center of action as he experiences love, heartbreak and realizes what his place in the world truly is.

Where to Read it: ‘Nightwing: Alfred’s Return’ 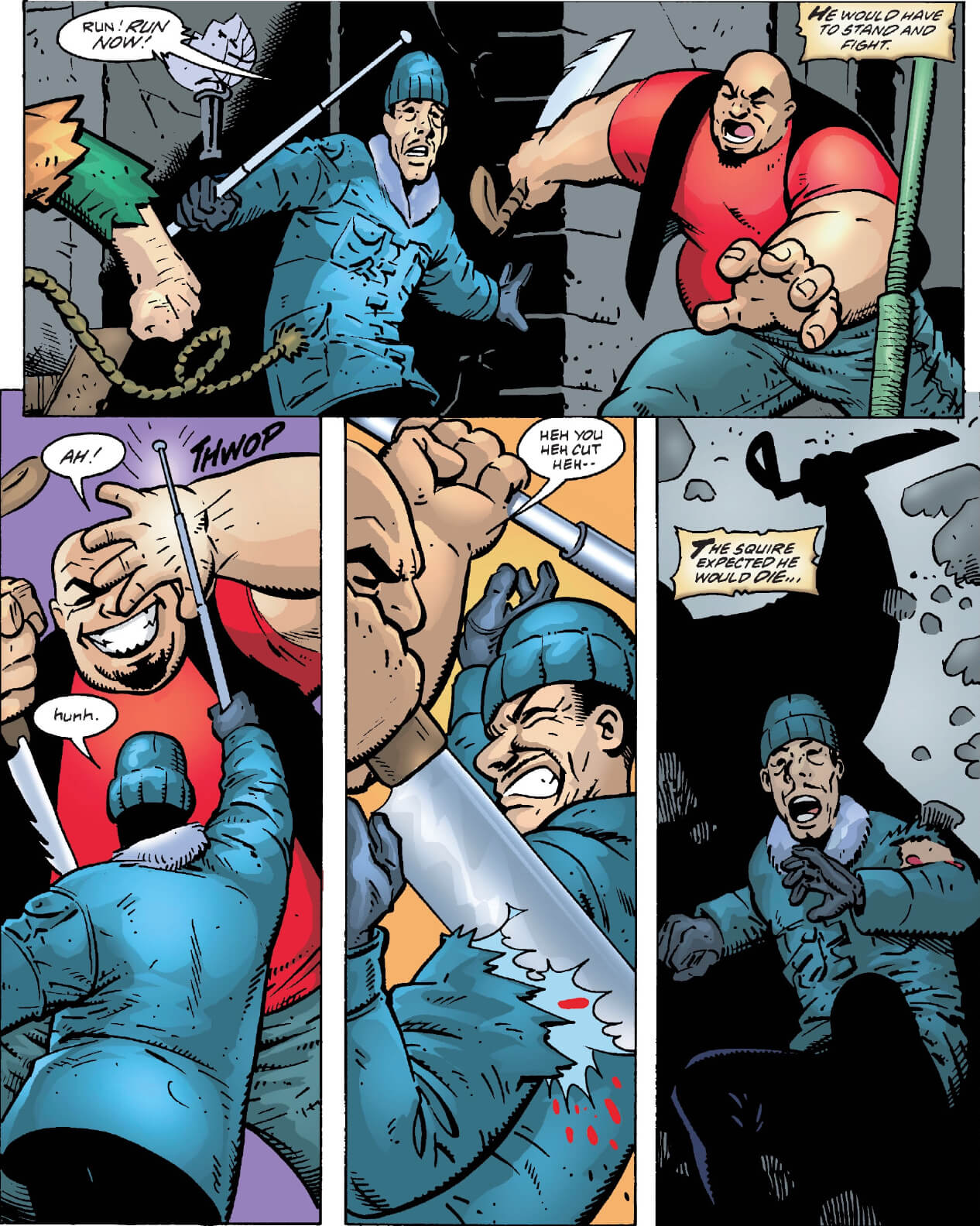 Butler Backstory: Alfred Pennyworth may not have a weaponized car, Kevlar body armor or a utility belt of gadgets, but he’s still the most resourceful member of the Batman Family. This story tracks Alfred as he makes his way through No Man’s Land on his own. The government has abandoned and quarantined Gotham, turning the city into a free for all warzone. Batman has given up, but Alfred has stayed behind and is traveling throughout the city, doing good where it’s needed the most. Along the way Alfred delivers babies, fights gang leaders, helps refugees find supplies and entertains children with his theater skills. The Dark Knight eventually returns to Gotham, but it’s clear from this story that Alfred is able to manage pretty well without him. 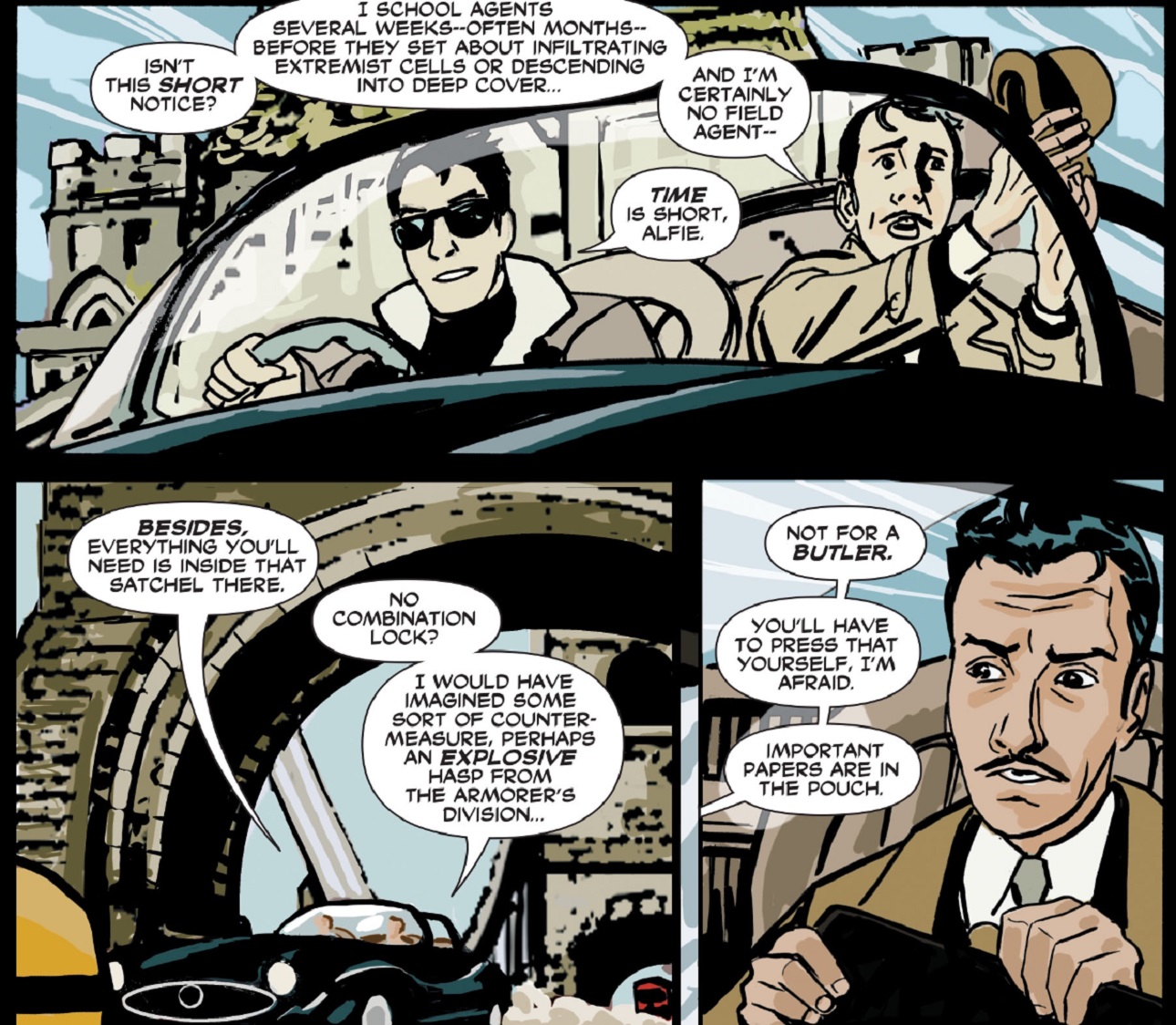 Butler Backstory: This is another story that the ‘Pennyworth’ series owes some of it’s existence too, as this two-parter takes a deep dive into Alfred’s days as a member of the SAS. Pennyworth, International Man of Mystery does have a nice ring to it! In this story Alfred goes undercover as a butler (in a nice nod to his future career) in order to take down a super-criminal and save Britain from an international conflict. All in a day’s work for the man called Pennyworth. In fact, this story shows readers how Alfred got the surname Pennyworth, and even shows his first meeting with Thomas Wayne. If you thought you knew everything about Alfred, this story may make you think twice.

“Alfred and the Outsiders” 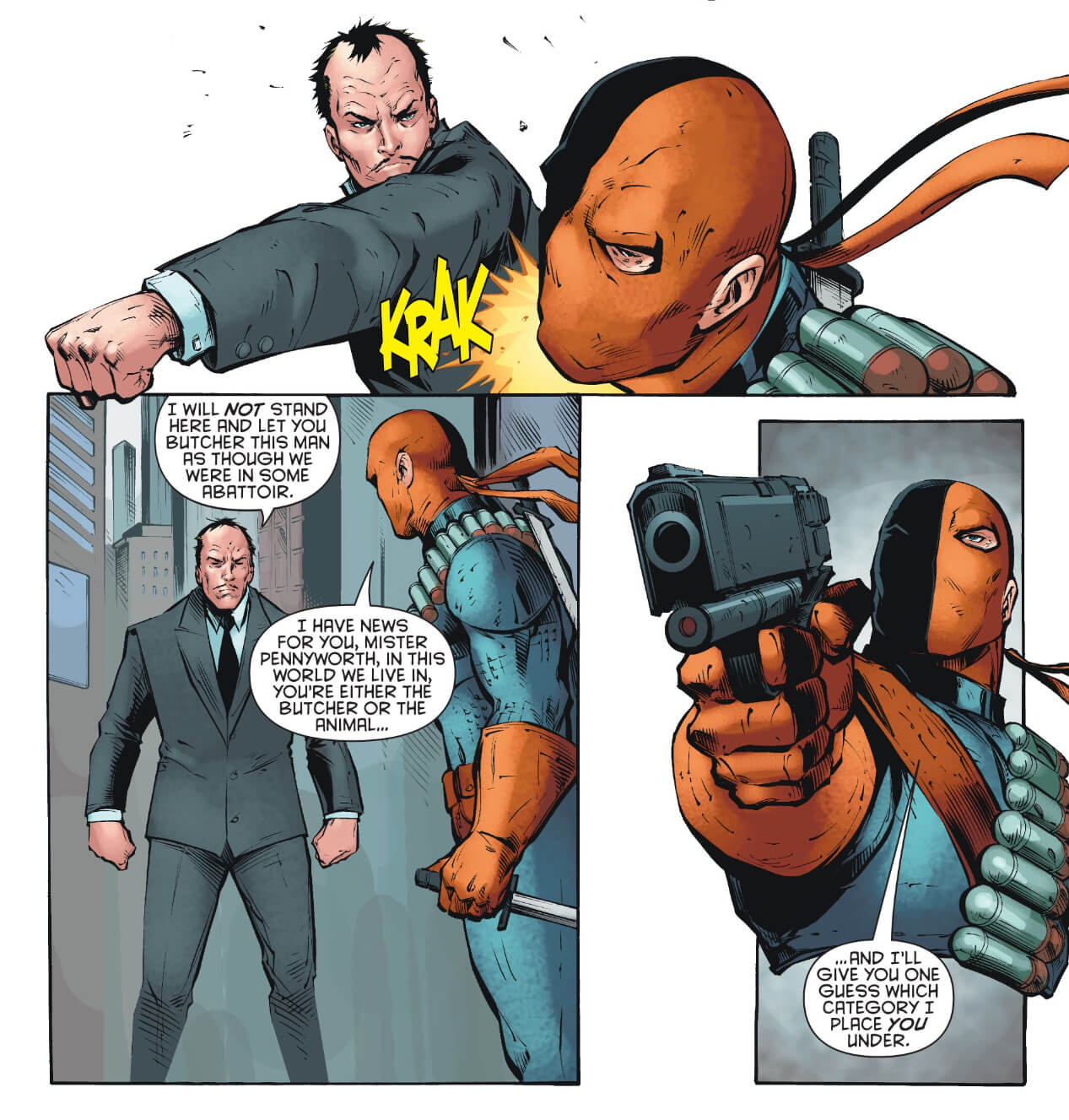 Butler Backstory: After the Dark Knight disappeared during the events of ‘Batman R.I.P.’ the Outsiders were in need of a new leader, and Alfred stepped up to the plate. Following a set of instructions Batman left in a video will, Alfred travels the world to reform the Outsiders with a roster of offbeat members. We’ve seen Alfred do many things over the years, but seeing him command a super-team is truly a sight to behold. While Alfred mostly stayed off the field, there were a few times where exceptions were made, like a memorable moment when he punched Deathstroke in ‘Outsiders’ #18. Check out this overlooked run to see a side of Alfred that may shock you. 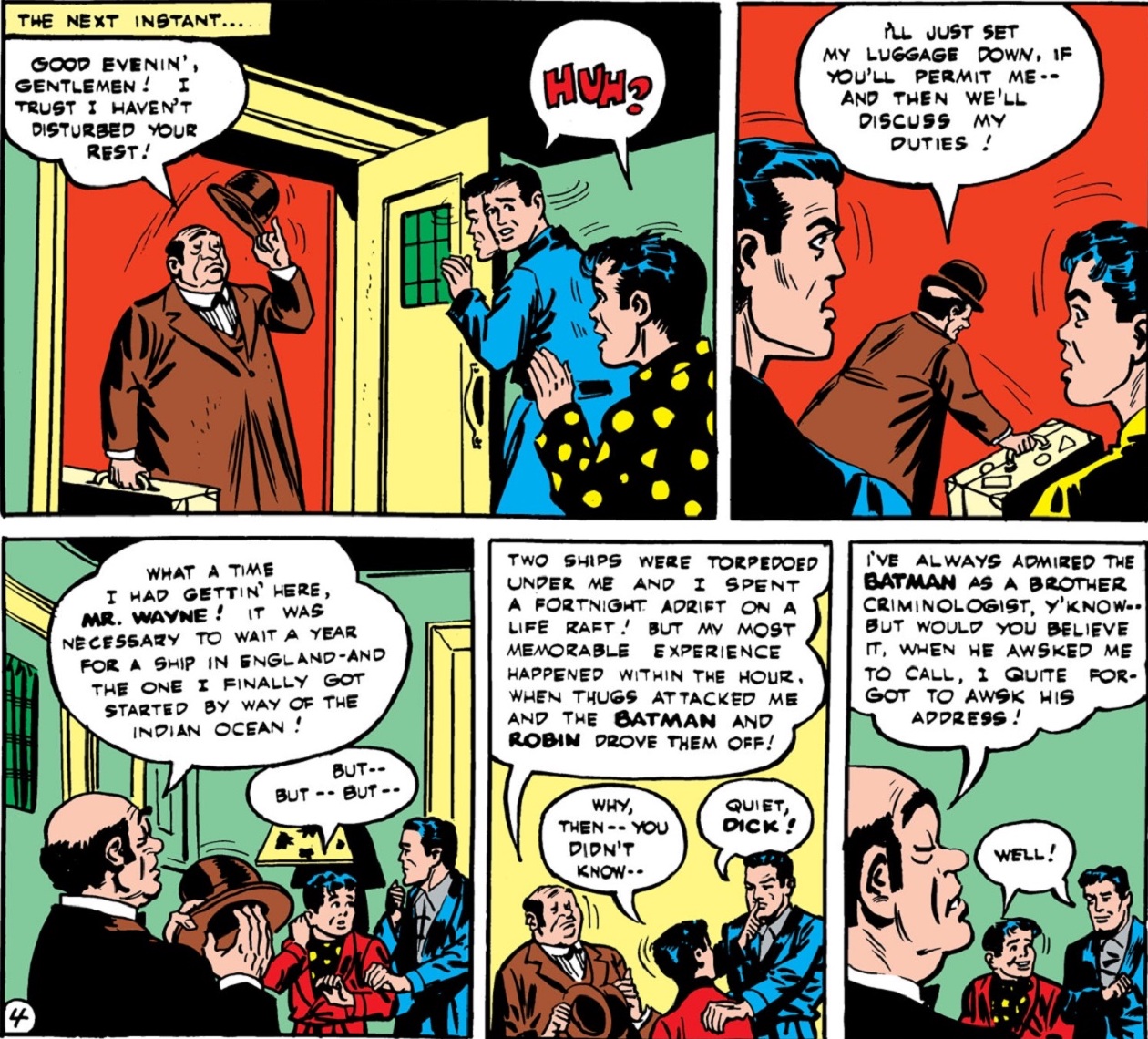 Butler Backstory: Alfred’s debut story might be shocking to DC readers who grew up watching Michael Caine’s portrayal of the butler in Christopher Nolan’s ‘Dark Knight’ trilogy, but for the completist it's a must. This Alfred is stout, clumsy, and comical; and a far cry from the witty man of action we know today. But when you look past Alfred’s cloddish nature, you’ll find he actually contributes quite a lot in his first appearance. Alfred discovers the Dynamic Duo’s secret identities on his own, and helps Batman and Robin save a duke, recover stolen jewels, and stop a criminal gang. Alfred even gets the last laugh at the end of the story by blindsiding Bruce and Dick with knowledge of their secret identities. He may not be the Alfred we’re familiar with today, but you can clearly see the beginnings of the man who would become Batman’s greatest ally.

If you’d like to get to know Alfred a little more, here are a few pieces of trivia on Batman’s butler from other assorted comics. We like to call them...

What’s in a Name

Alfred’s full name is Alfred Thaddeus Crane Pennyworth, but his Golden Age counterpart is known as Alfred Beagle. His earliest adventures didn’t reveal any surnames, until ‘Detective Comics’ #96 had the butler open his own detective agency under the name Alfred Beagle. Just think, the new show could’ve been called ‘Beagle’ instead of ‘Pennyworth.’ Alfred used the alias Thaddeus Crane in ‘Batman’ (1940) #104, and it was later revealed to be his middle name. Pennyworth was not revealed as his last name until his brother Wilfred showed up in ‘Batman’ #216.

The idea of Alfred being the one who raised Bruce after his parents died is such an established part of canon, that even the most knowledgeable Batfans might be surprised to learn this wasn’t always the case. When Alfred first arrived on the scene, Batman and Robin were already established and he had to learn their secret identities by accident. ‘Batman: Year One’ brought the idea of Alfred being Bruce’s guardian into comics canon in 1987 – decades after Alfred was first introduced. But Frank Miller wasn’t the first person to come up with this idea. The 1985 ‘Super Friends’ episode “The Fear” was the first piece of media to place Alfred as young Bruce’s caretaker after his parent’s died.

The Cat and the Butler

Did you know Alfred once had a romance with Catwoman? In ‘Batman’ #22, The Feline Fatale was disguised as a woman named Belinda, who was duping the servants of Gotham’s elite so she could rob them. Alfred was so smitten with “Belinda” that he revealed his association with Batman! Once Alfred realized the ruse, he disguised himself as Batman, and spanked Catwoman for her deception. Alfred, that wasn’t a very gentlemanly thing to do!

If any of you have ever written fan-fiction, don’t consider yourself an outcast. You actually have that in common with Alfred, who penned a series of fanfics about the Bat-Family! In Alfred’s stories, Bruce Wayne married Kathy Kane, and their son became the new Robin after Dick graduated to Batman. The first story was featured in ‘Batman’ #131 and sequels were published in later issues. If Bruce was ever weirded out by Alfred writing fan-fiction about him, he was too polite to say.

Alfred might be Batman and Robin’s greatest ally, but at one point he was also their worst enemy. After being presumed dead, a scientific procedure meant to revive Alfred accidentally turned the butler into a villainous mutant known as the Outsider. He plagued the Dynamic Duo a few times, and almost finished them off for good in ‘Detective Comics’ #356. Luckily Batman and Robin were able to return him to normal, and they decided not to tell the amnesiac butler about his criminal career.

What’s your favorite Alfred Pennyworth story? Let us know in our Community!