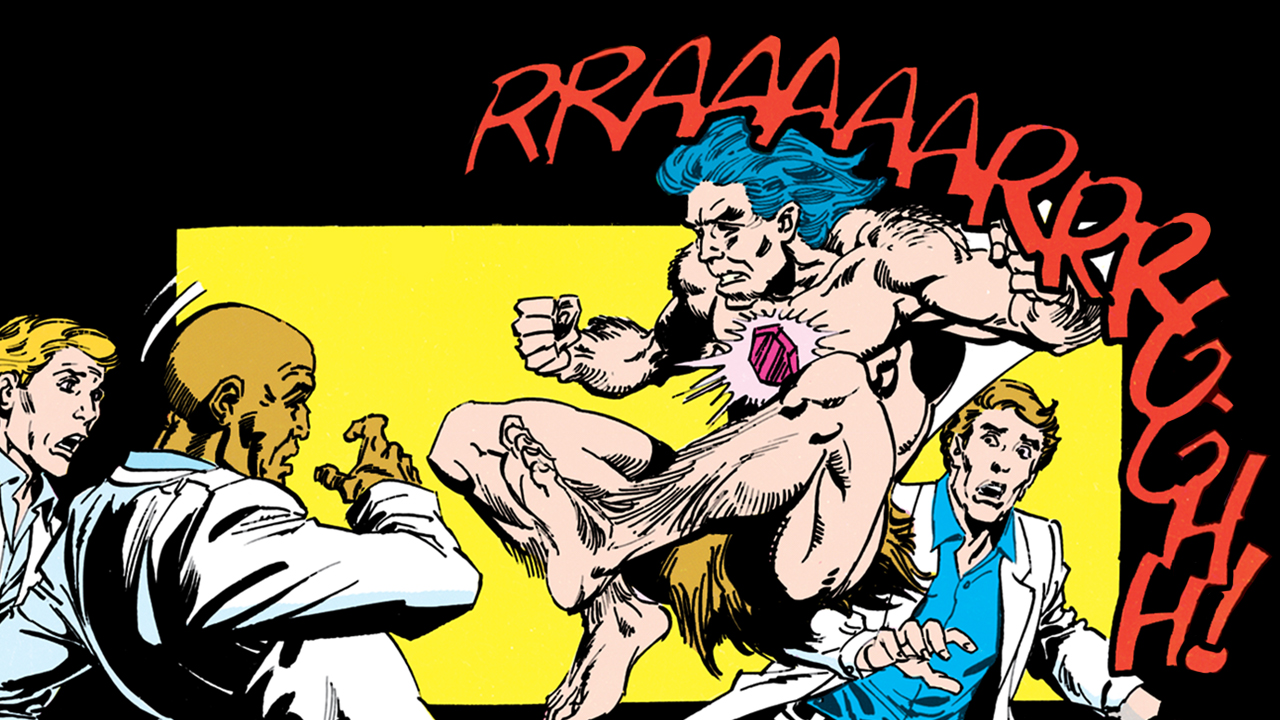 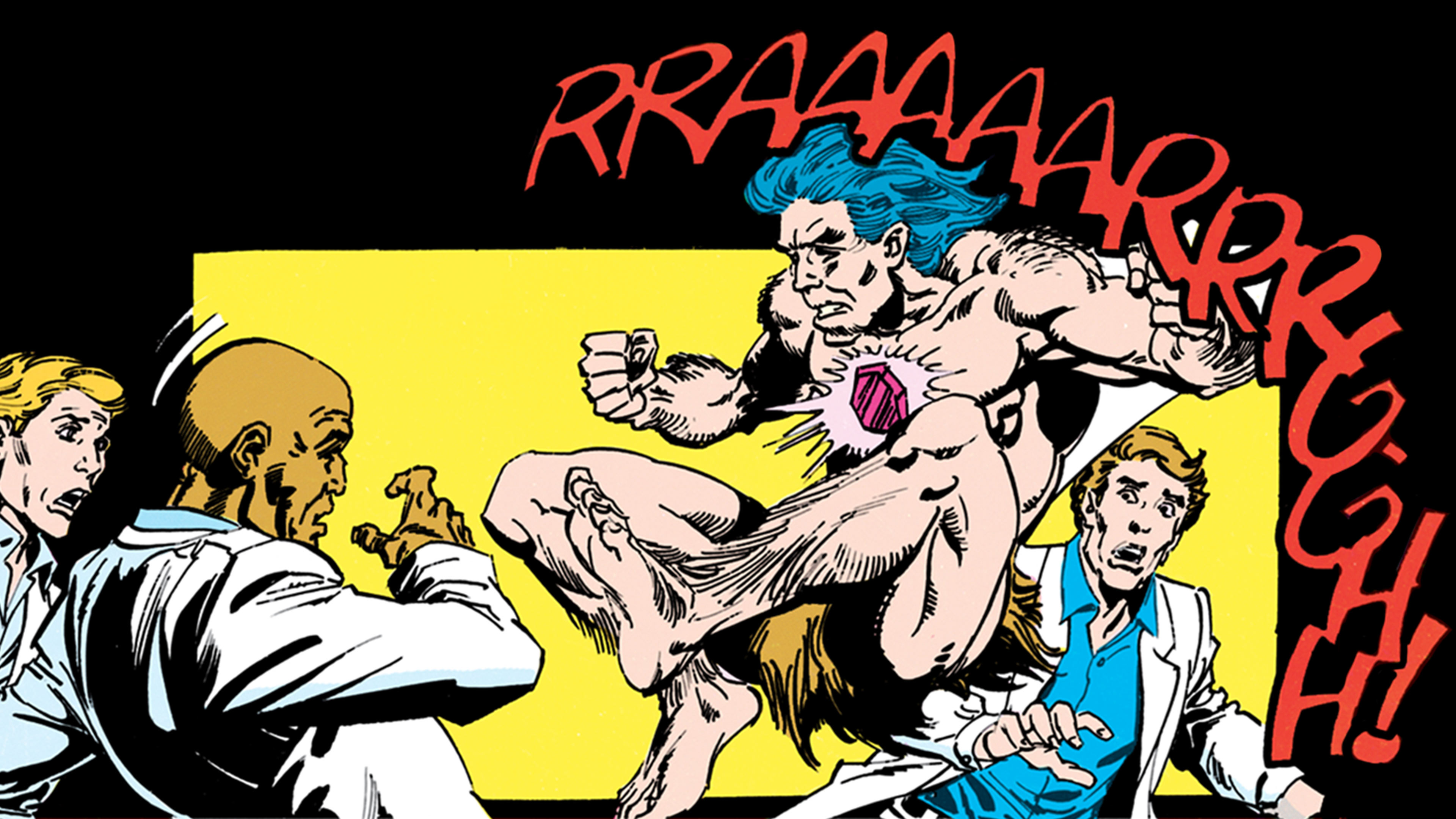 From the moment Robin picked up a wayward Raven in the first episode of DC Universe's Titans, the titular team of young heroes has gotten bigger and bigger. By the end of season 1, Hawk and Dove, Donna Troy, and even Jason Todd could be counted amongst the Titans. And now, with Season 2 arriving on DC Universe this Friday, September 6, we can expect the team to become even more Titanic -- with the arrivals of Ravager, Jericho, and even Superboy! Of course, they may just be getting started. After all, with a comic book history going back to 1964, the Titans have a deeper bench to pull from than most other superhero teams. But there are a few heroes on that roster we’d take bets against seeing on the show any time soon. Here are the top 5 unlikeliest Titans to appear in season 2... 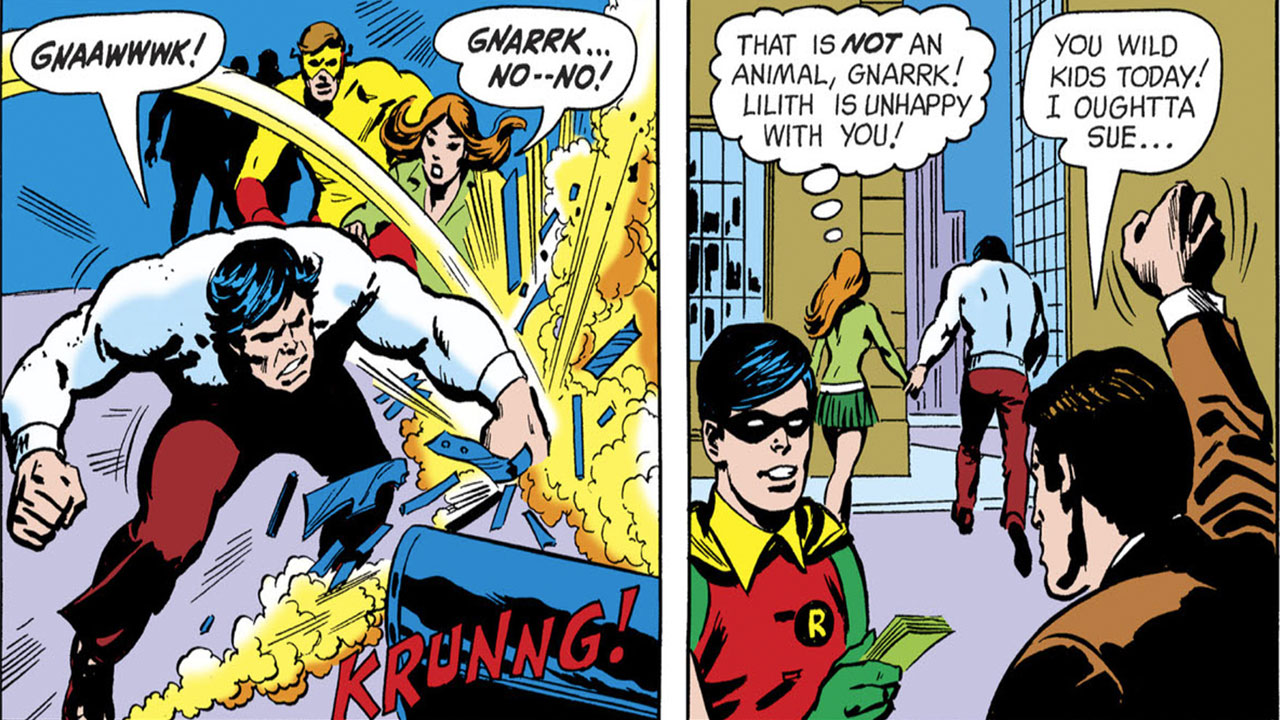 The superhuman caveboy Gnarrk isn’t just one of the oldest Titans chronologically: he’s also one of the first heroes to become a Titan, in the team’s original incarnation, long before the likes of Raven and Starfire. Originally appearing in 1971’s ‘Teen Titans #32,’ this gentle neanderthal gained his powers from a falling meteor -- a common way people came about getting super powers back then. (Just ask Vandal Savage.) With space-debris-granted feats of strength, speed, and agility, Gnarrk either time jumped or hibernated into the present (depending on the story) and joined up with the Titans. But even by the standards of the '70s, let alone prehistory, it’s a concept that feels a little bit dated. 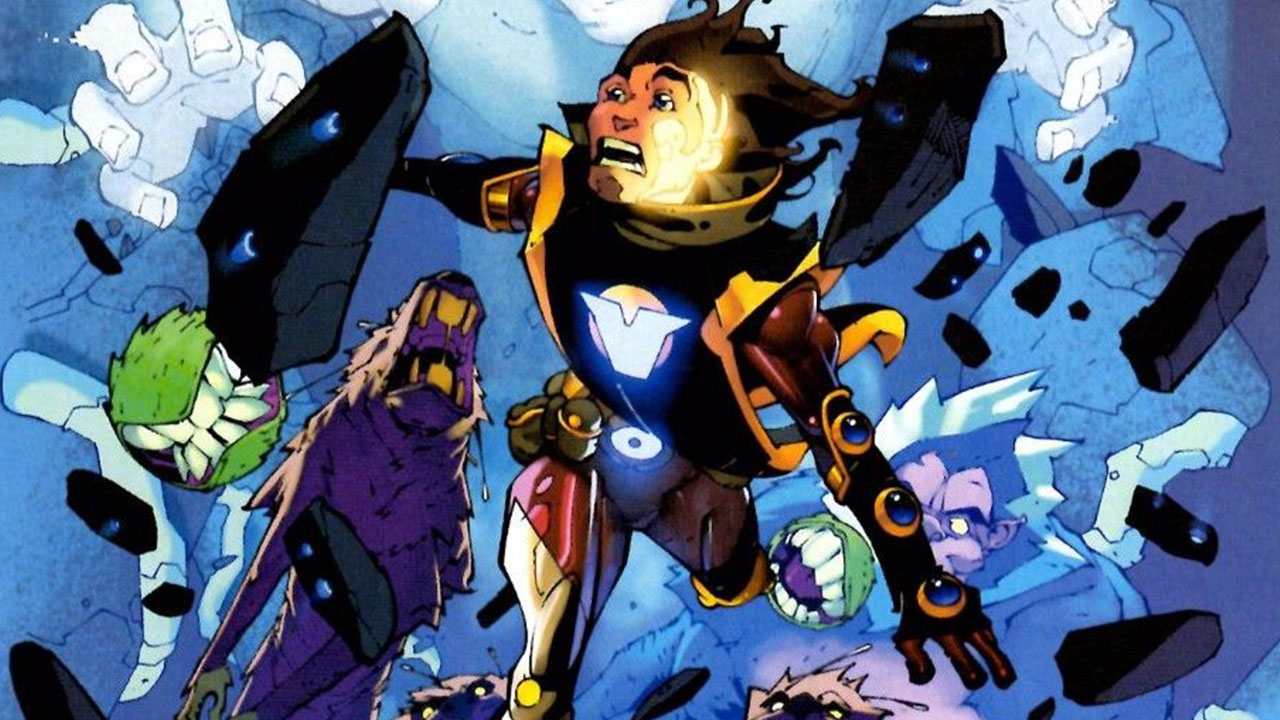 Hey, you know the famous superhero Vulcan, right? Throws fireballs? Magic armor? No? Nothing? Well… at any rate, this is his son. Son of Vulcan. Except, not really. It’s a lot more complicated than that. The “Son of Vulcan” who joined up with the Titans was actually chosen as a ward by the previous “Son of Vulcan,” whose own powers came from a White Martian metagene. But even THAT Son of Vulcan was the third hero to bear the name, after the first two incarnations who received their powers directly from the Roman God, Vulcan… Look, the whole thing is a big mess. He’s a gladiator kid who first showed up in his own 2005 series, which ran for 6 issues. At any rate, with Starfire and Donna Troy already on the Titans, the team has their fill of both alien mutant and vaguely Mediteranean flavored origin stories. 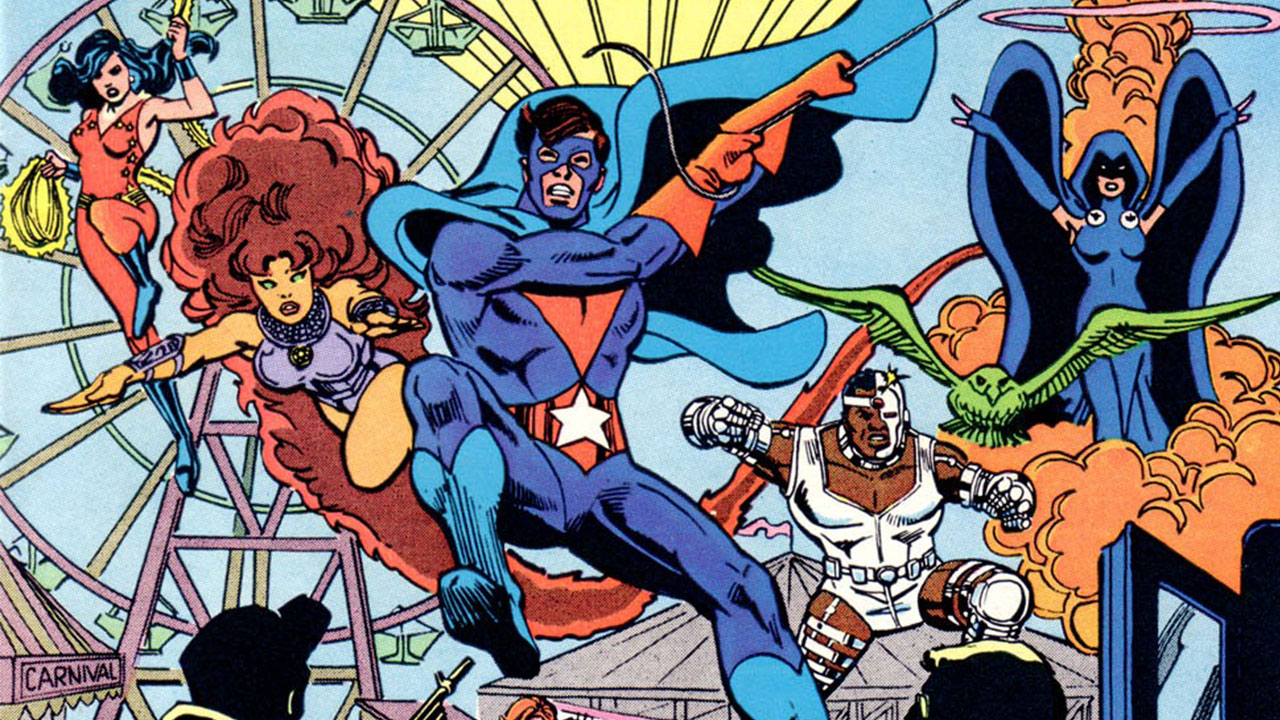 In 1983, Jason Todd wasn’t the only hero stepping in to fill Robin’s pixie boots -- or even the only Jason. First Lady Nancy Reagan’s “War on Drugs” was in full swing, and the Teen Titans did their part for the cause in a very special issue, appropriately titled ‘The New Teen Titans Drug Awareness Special.’ But the biggest threat to this adventure, as it turned out, wasn’t a narcotic epidemic at all… but warring cookie brands. The problem was this: ‘The New Teen Titans Drug Awareness Special’ was sponsored by Keebler — but at the same time, Batman and Robin were being licensed by Nabisco to promote their own line of cookies. And so an entirely original character was born: Jason Hart, alias The Protector, honorary Teen Titan who dedicated his life to ridding the streets of drug crime. Quite ironically, The Protector returned to comics after a long absence in Tom King’s ‘Heroes in Crisis,’ confessing to a drug problem of his own. High he may be, though not on the charts of likelihood for a guest appearance.

ODDS OF APPEARING IN 'TITANS' SEASON 2: JUST SAY NO 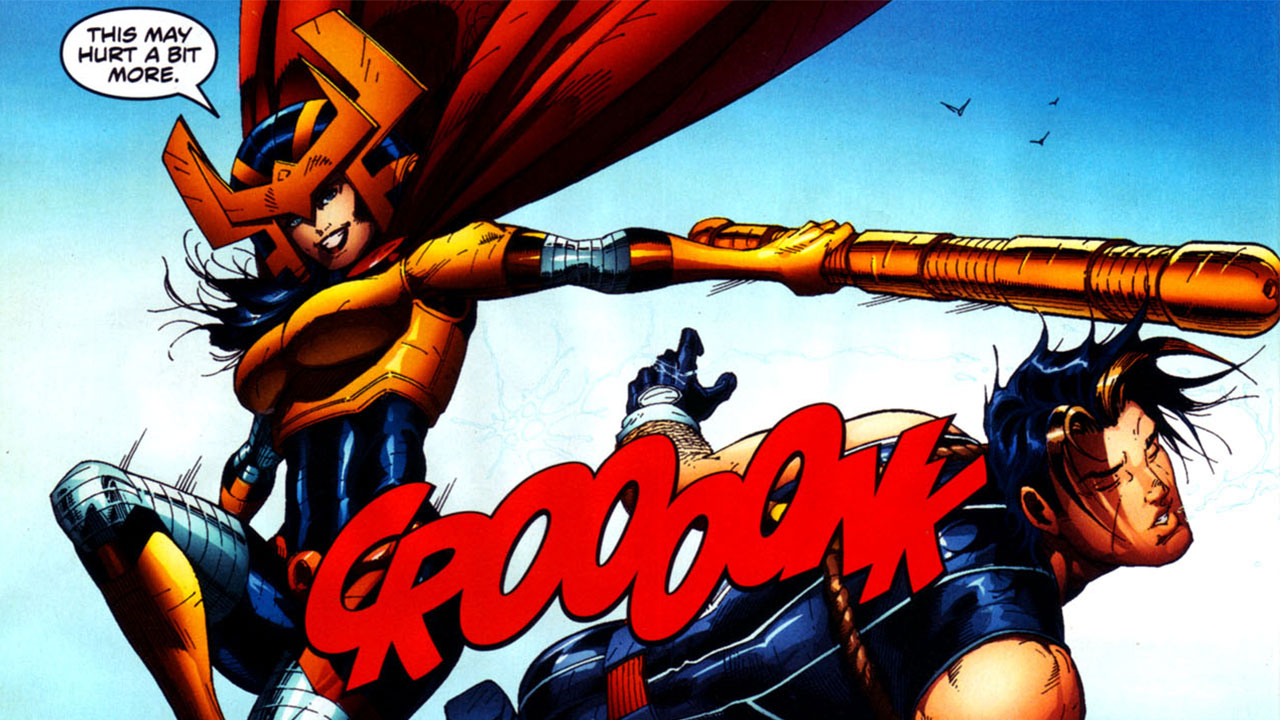 Since 1964, the Titans have been defined by members who were once young sidekicks to more established heroes. But in the cases of Power Boy and Little Barda, there’s no indication that Power GIRL or BIG Barda were even aware of them when they showed up on Earth together. This pair of refugees from Apokolips first appeared in 2006’s ‘52' #21 as just a couple of the barrel-bottom-scraping heroes needed to fill the ranks of a disbanded Teen Titans in the wake of ‘Infinite Crisis.’ We never learned much about Little Barda, apart from the fact that she one day aspired to be Big. But Power Boy did manage to date Supergirl for a moment until he was discovered to be a huge jerk. And the character was at least used to highlight some of the sillier clichés once applied to female superheroes by imposing them on a male counterpart. But unless the Titans are gearing up to take on Darkseid this season, their addition to the team is unlikely. And between the threats of Trigon and Deathstroke, our kids already have their hands plenty full.

ODDS OF APPEARING IN 'TITANS' SEASON 2: COMPONENT OF THE ANTI-LIFE EQUATION 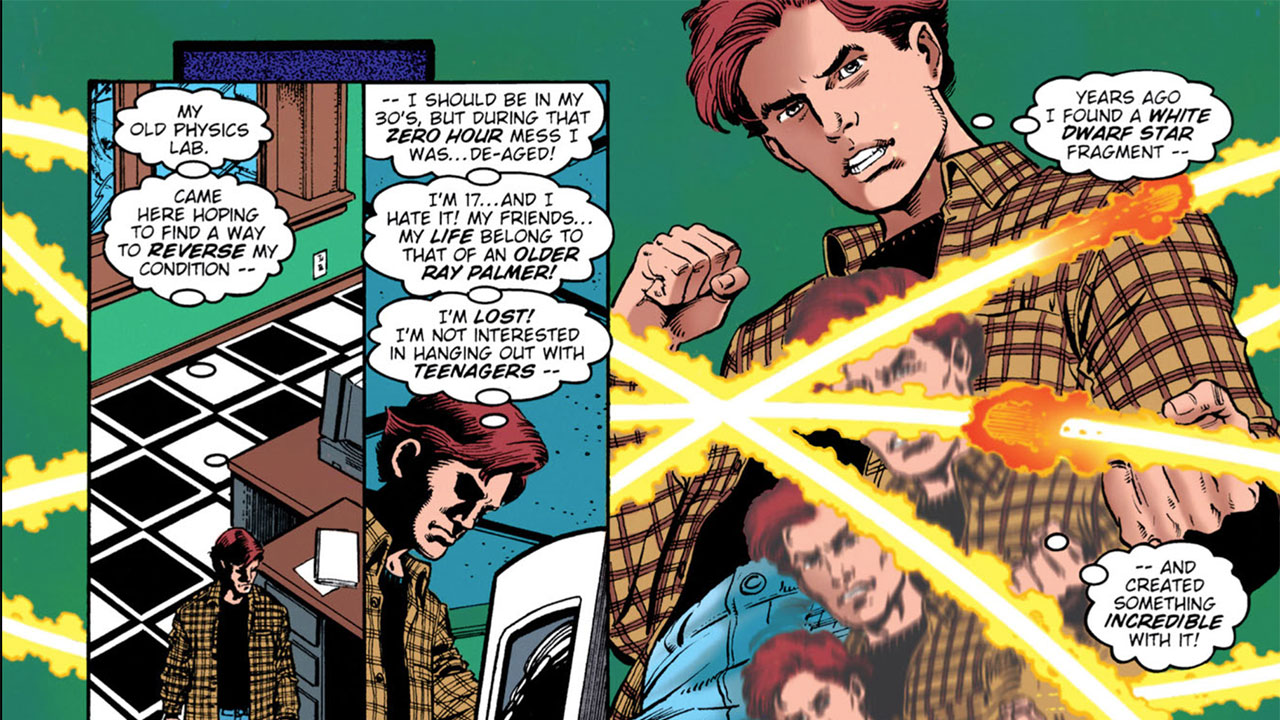 1994’s ‘Zero Hour’ event brought with it a lot of strange shakeups to DC continuity, of which many the characters themselves maintained an uncommon awareness. One of the strangest: the reversion of Ray Palmer, The Atom, from a fully grown man with equipment-based powers to a metahuman teenager. To his credit, Ray Palmer is always ready to make the best of a bad situation, and used his new -- excuse us -- reduction in -- excuse us again -- stature to reposition himself as the new leader of the Teen Titans. But now that the DC Universe possesses not only a younger Atom in Ryan Choi, but also an immovable Titans leader in Dick Grayson, an age-swapping subplot just to get a shrinking Silver Age superhero onto the cast seems like a longshot call: one we’re not exactly lining up to make.

Who are some of your favorite Z-list Titans? Let us know in our Community!