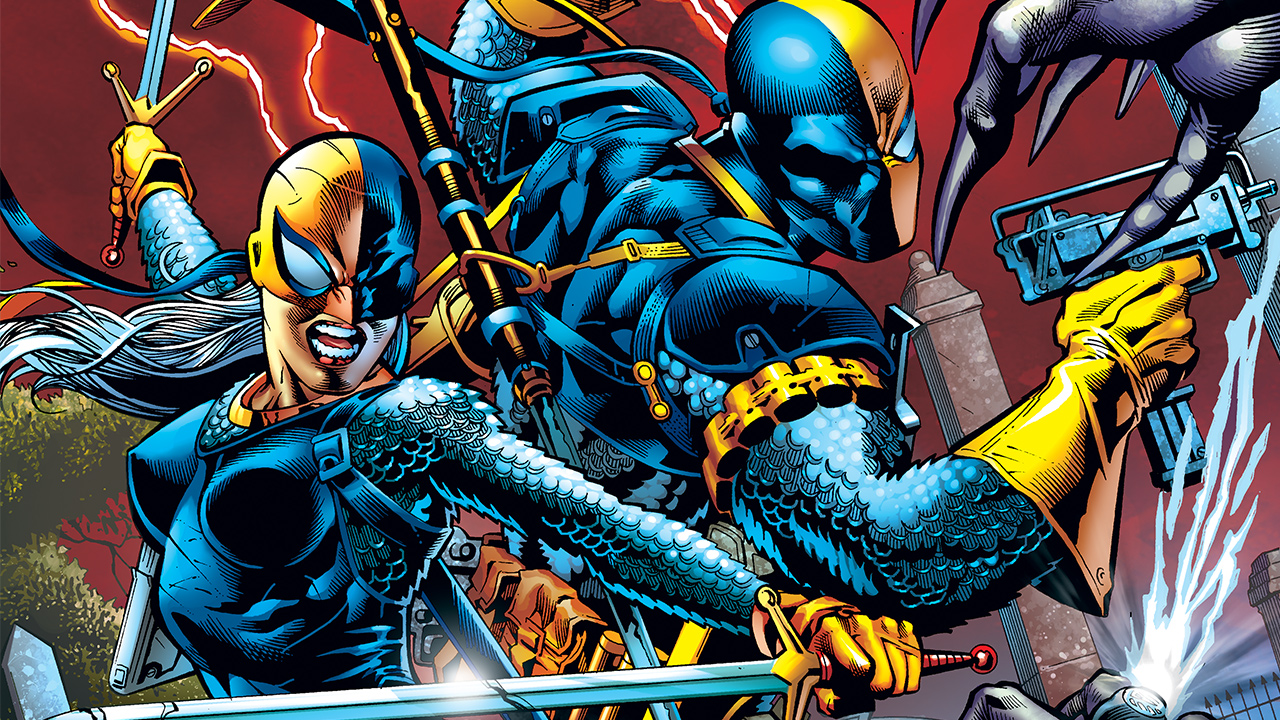 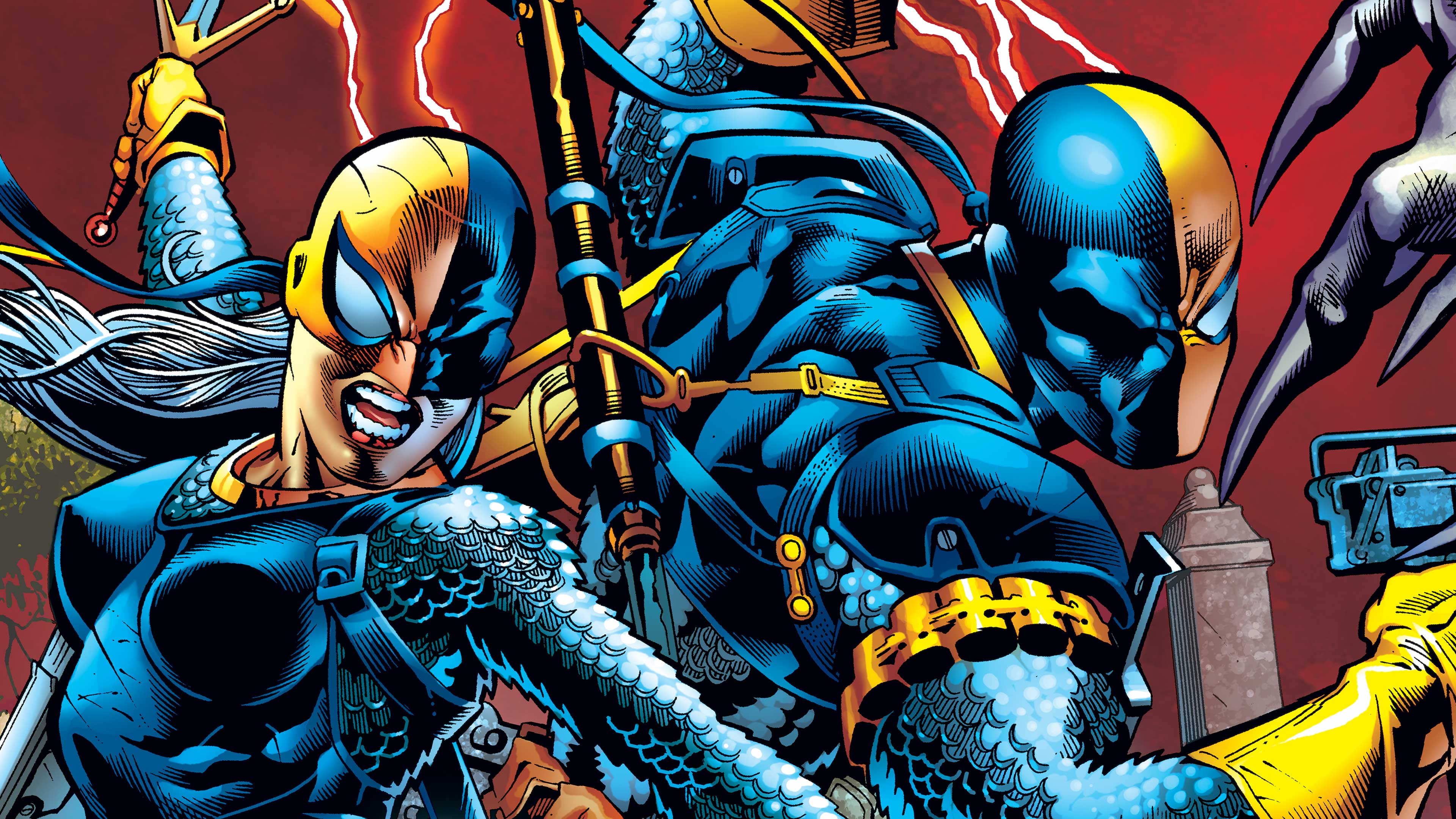 In case you missed it: Rose Wilson has officially arrived in the latest episode of ‘Titans,’ and there’s no turning back now. As much potential as Dick Grayson sees with her, she also comes with a whole lot of trouble. Because wherever Rose travels, her father -- Slade Wilson, otherwise known and feared as Deathstroke the Terminator -- is never too far behind. When it comes to family relationships, Slade and Rose Wilson’s has never been what you would call the healthiest. For a clearer picture of what might be in the cards for them on 'Titans,' we’ve selected five of the worst things Deathstroke has done to (and in his own mind, for) his daughter in comic book history.

5. CUSTODY CLASH OF THE TITANS 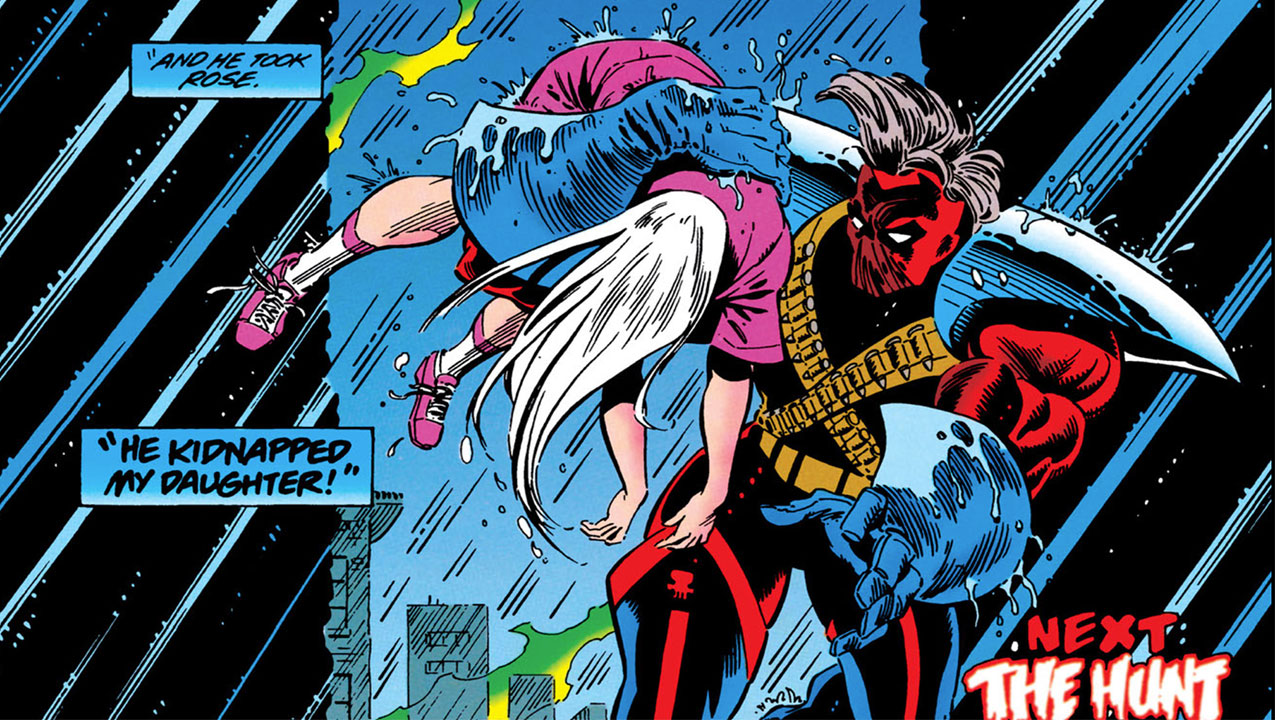 Slade’s first big mistake when it came to Rose may have been the most understandable, and yet also perhaps the most surprising: trusting the Titans. Though Rose’s relationship has been strained (at best) since the day she was born, Slade’s frequent partner and confidant Billy Wintergreen has always been there for her when she needed someone, treating her with the care and respect denied to her by her birth father. After a foiled attempt on her life by Slade’s half-brother Wade LaFarge- alias Ravager- in “Deathstroke the Hunted,” Wintergreen had even resolved to adopt Rose himself. But Slade ended up overruling him, deciding the only place Rose could be safe was with the Teen Titans, and forever denying her any semblance of a normal life. It’s clear even this early on that Rose’s safety and happiness isn’t enough for Slade; he can’t stand to see anyone but him providing it. 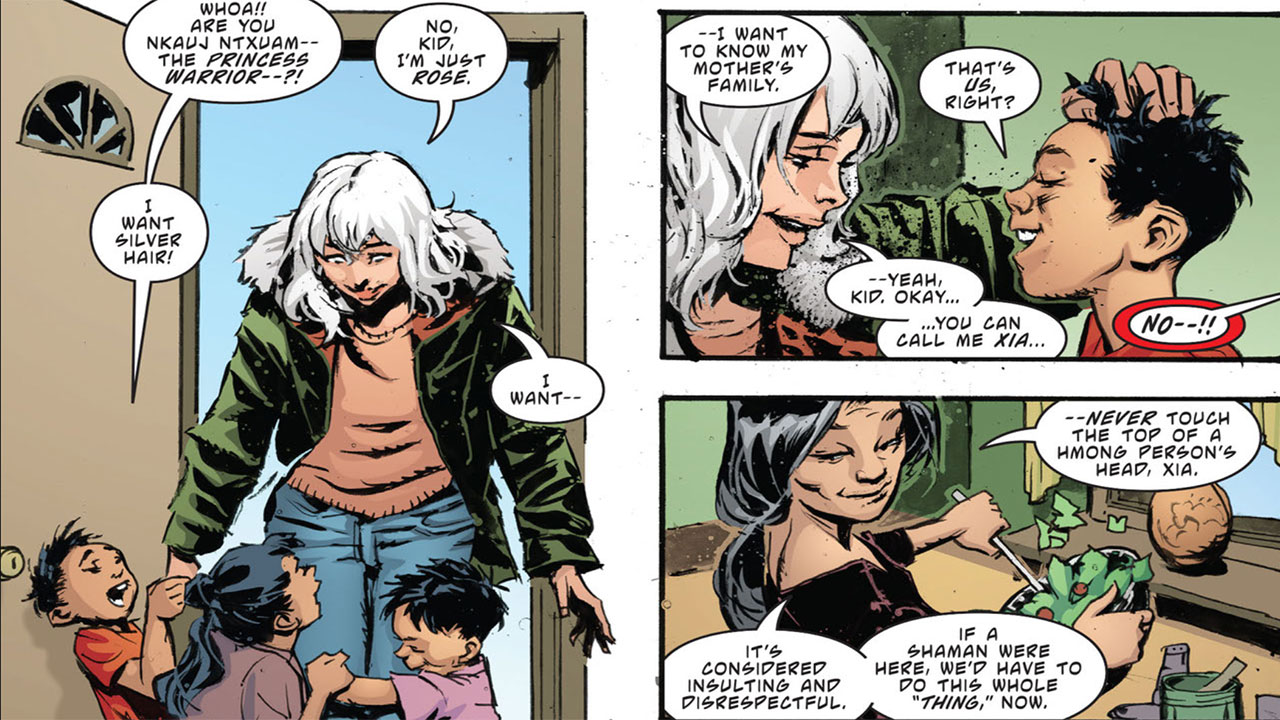 There comes a time in every young hero’s life where they must ask certain questions. Who am I? Where did I come from? Who was my family? To seek answers, Rose returned to Cambodia in 2016’s ‘Deathstroke’ series to trace back her mother’s heritage. Rose never could have predicted the riches of her past that would be uncovered. An emotional trip to reconnect with her Hmong ancestry yields unknown family members who knew her mother well, an ancient, mystic sword passed down through generations, and even a new name- or rather, what was said to be her original name- “Xia,” a traditional Mandarin name. A happy ending to a minor identity crisis, right? Well, it turns out the sword was placed there for her to find, and all of her “long lost family members” were hired by Slade. It was all an elaborate ruse meant to give Rose closure over a past denied to her. It’s… admittedly, a strangely sweet gesture, in its own way. But it’s also just a supremely audacious example of gaslighting. 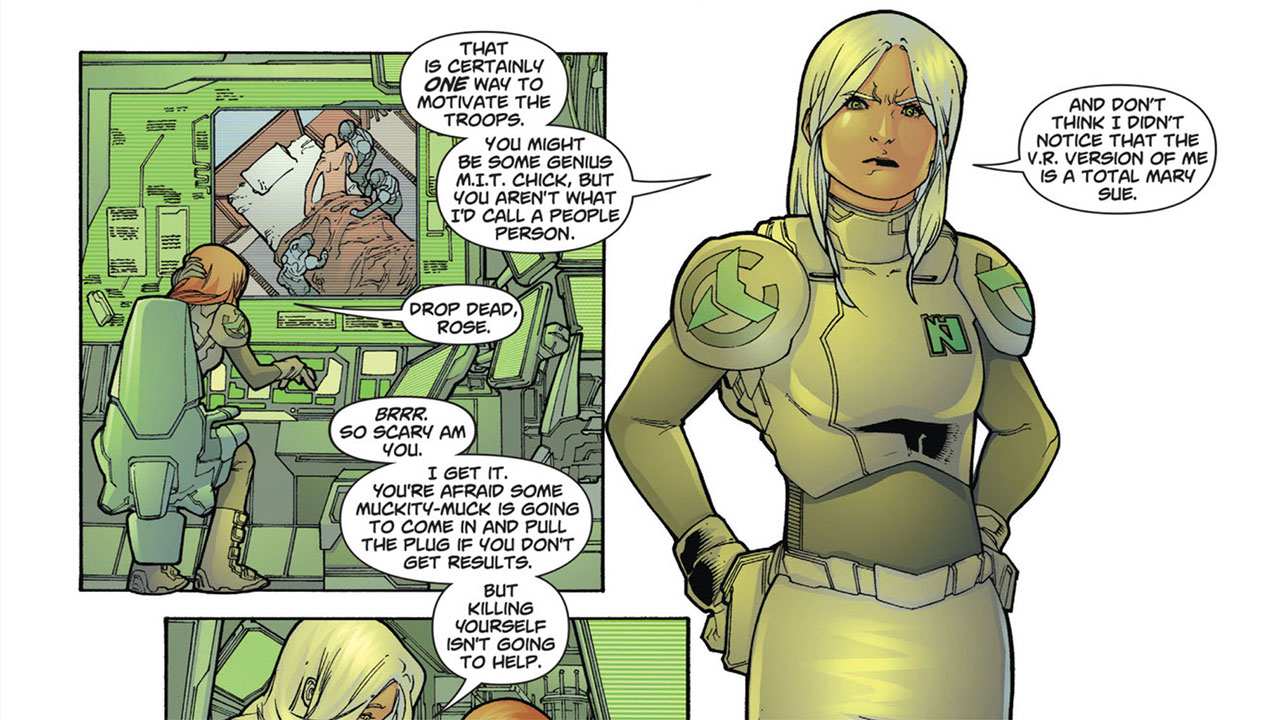 The New 52 introduced an apparently divergent take on Rose for ‘Superboy’ #1, as a power-dampening agent of N.O.W.H.E.R.E., a clandestine organization which specialized in metahuman experimentation. This all new, all different Rose Wilson certainly had her own set of problems, but it at least seemed like Deathstroke wasn’t one of them… until he arrived in her life once more to collect a contract once her group of “Ravagers” defected. N.O.W.H.E.R.E.’s payment: the right for Slade to do with Rose as he pleased. Mama Wilson always said, never trust an organization whose initials spell out a creepy word. 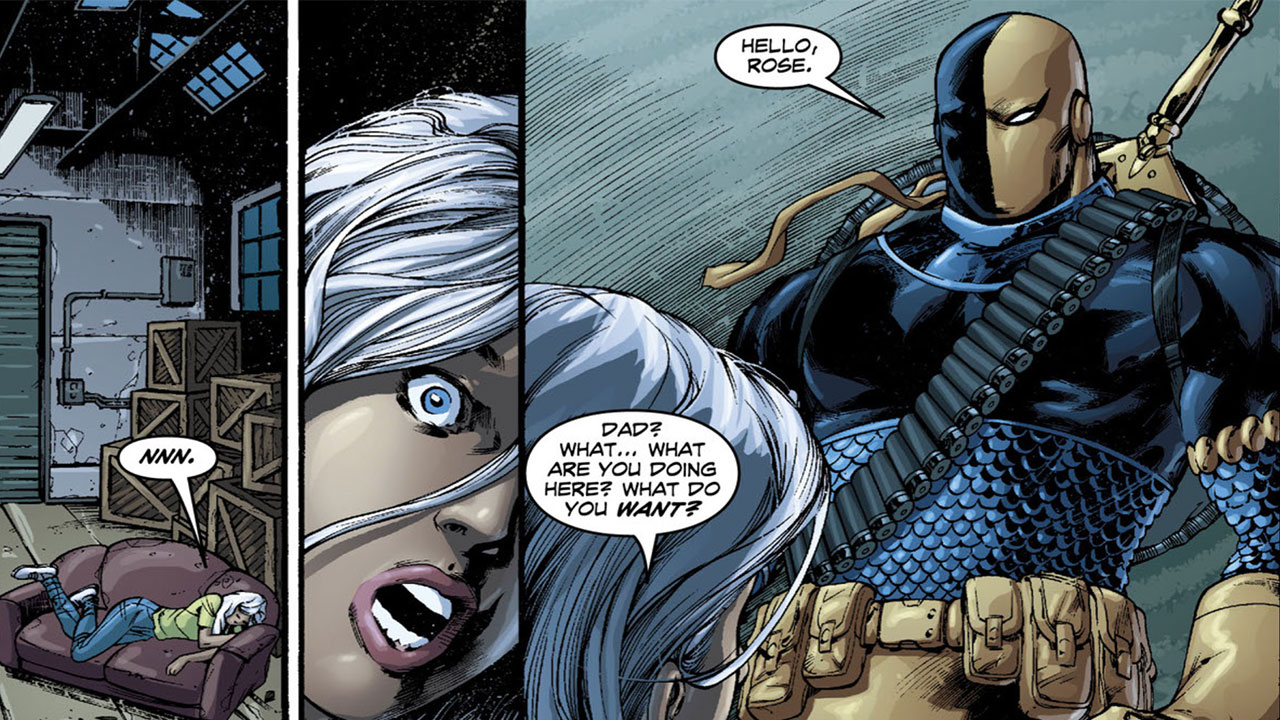 With one son dead, his other son not speaking to him, and his wife… well, *somebody* shot that eye out- Slade Wilson only had one shot left at family: his daughter. But as a mercenary, the only love language Slade has in his vocabulary is apparently bounties. Multiple times, Slade has taken a bounty out on his own daughter’s head in secret so that Slade’s arms would be the only safe place she could turn. The first time he does this is in 2004’s ‘Teen Titans’ #½, sending the very same half-brother who had nearly killed her once before to collect, slaughtering her foster family in the process. And in 2016’s “Ravager Contract,” he raises the stakes by opening that bounty to the public. Both times, Slade makes it seem as if he’s helping her get to the bottom of this and bring them closer together. But of course, both times, the true villain was Slade all along. Fool me once...

1. AND I ONLY HAVE EYES FOR YOU 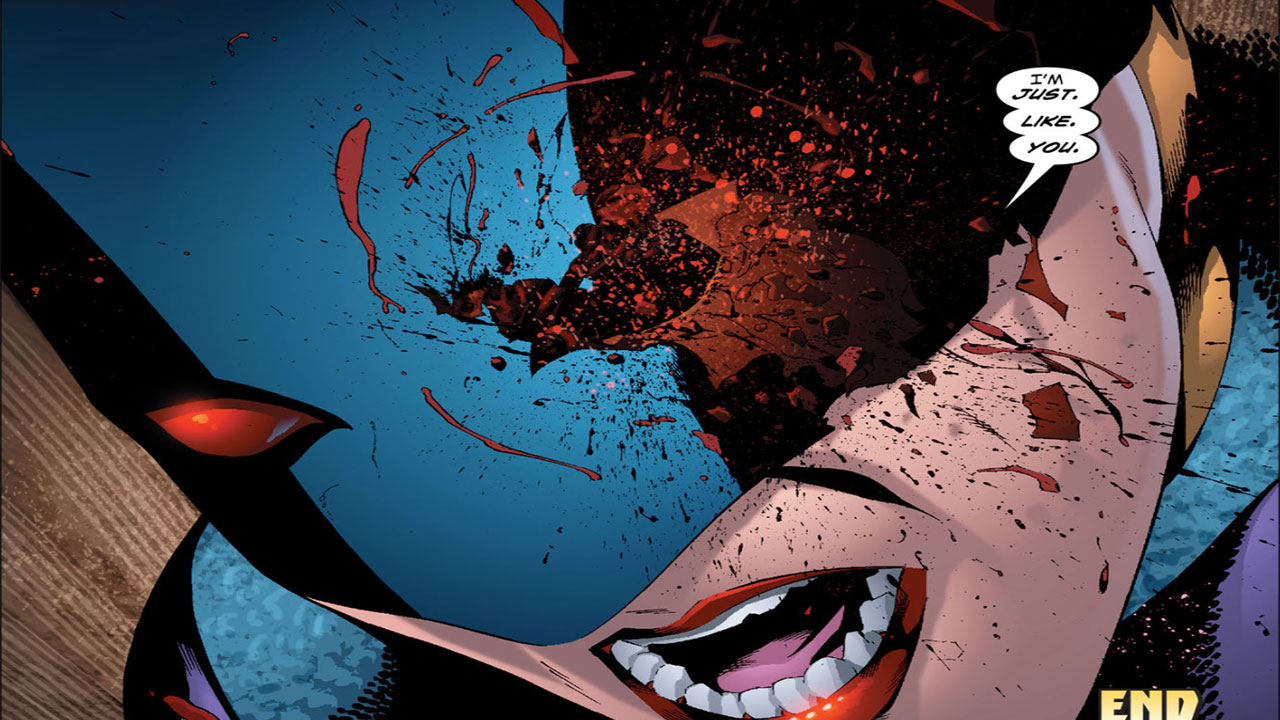 Slade’s deranged desire for control over his daughter only increases after ‘Teen Titans’ #½, coercing Rose to take the same serum which grants Slade his own heightened abilities. But in the process, it also warps her mind, making her helplessly fixated on Slade as she kills her uncle under her father’s guidance and takes the “Ravager” name for herself. When their relationship reaches its absolute nadir in ‘Teen Titans’ #12, a drugged and desperate Rose removes her own eye in order to reinforce her commitment to Slade. Fortunately, Nightwing is eventually able to deprogram the brainwashed Rose. Will Dick’s efforts to win Rose over be as successful on ‘Titans?’ Keep tuning in every Friday for Season 2, and we’ll find out together.

What's your favorite Deathstroke/Ravager moment? Talk about it in our Community!