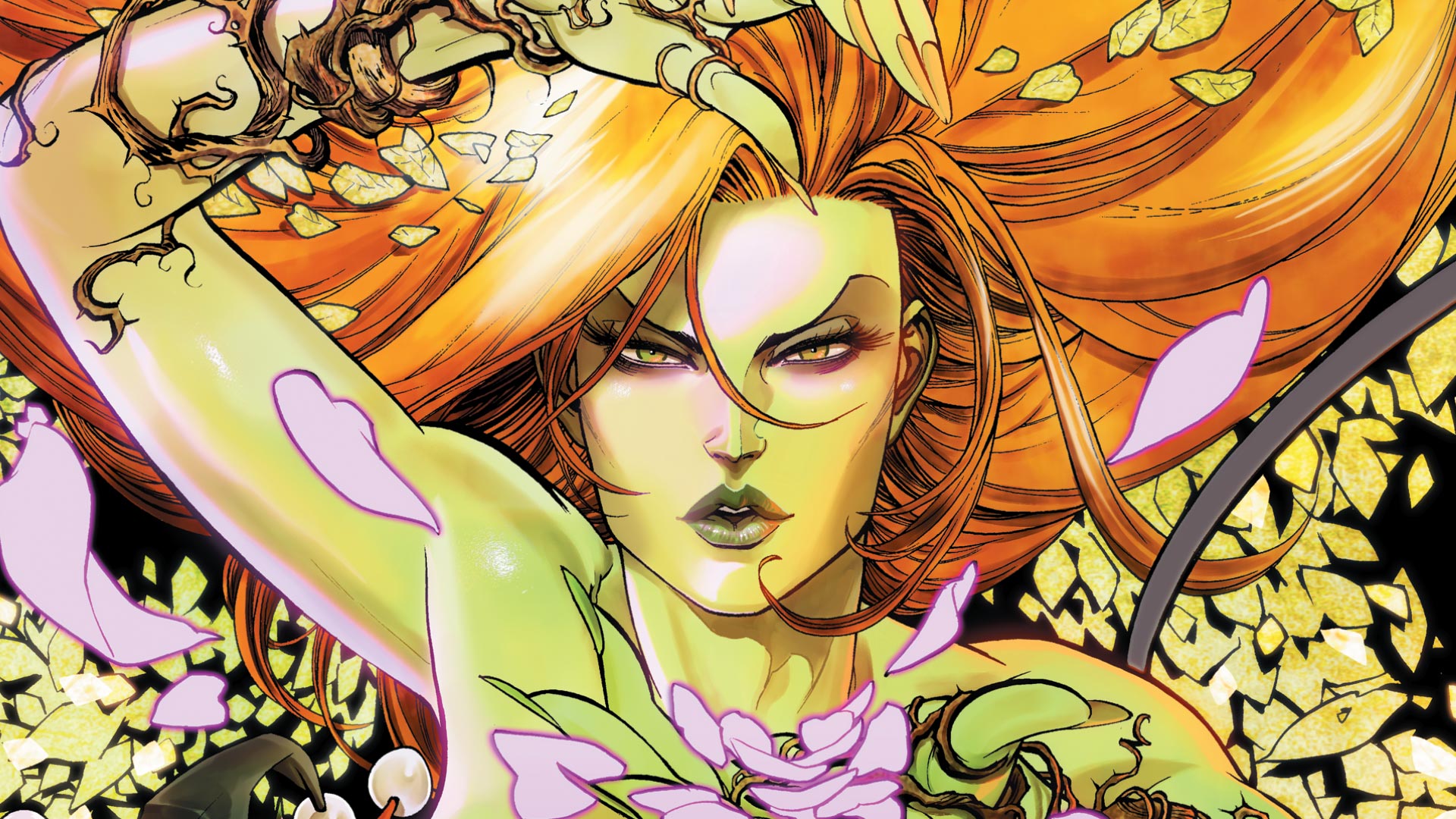 Here on DC Universe, we have plenty of heroes who protect the Earth on a regular basis. But it doesn’t take a Green Lantern Ring or an Invisible Plane to save the planet. Today is Earth Day, and it’s the perfect time to look at what we can do to help the environment, ensuring our planet has a long and healthy future. When it comes to going green, it’s hard to find an environmentalist bigger than Poison Ivy. This Earth Day, let’s all follow her example. Here are 5 ways to celebrate Earth Day from Poison Ivy.

CLEAN UP YOUR LOCAL PARK 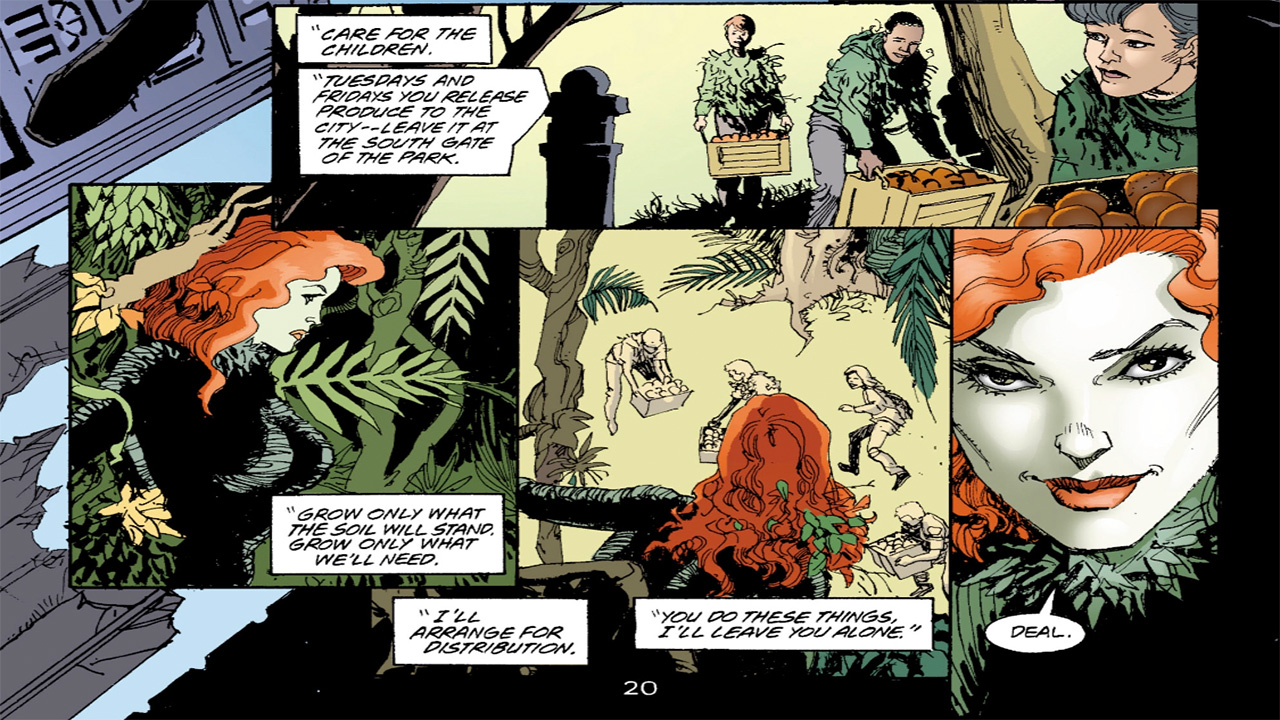 Follow Ivy’s example and clean up your local park, picking up any pollution you find there. With the hustle and bustle of everyday life, parks are falling through the cracks, so it’s important to make sure their quality is maintained. The task might seem overwhelming, but look at what Ivy had to go through! In 1999 the federal government cut Gotham off from the world in a storyline called “No Man’s Land,” leading the city to become a post-apocalyptic war zone. Everything in Gotham was wrecked, except for Robinson Park (named after famed Golden Age Batman artist Jerry Robinson). Do you know why? Because Ivy cared about her community enough to make sure the park thrived. In Detective Comics #735, Ivy helped Batman drive Clayface from the park, and the Dark Knight agreed to let Ivy take control of the region. He respected the fact that she was able to create a mini-utopia while the rest of the city was Hell on Earth. Ivy even got some neighborhood kids together to create a community garden. If Ivy could clean up Robinson Park, then there’s nothing to stop you from making sure your local park is clean. 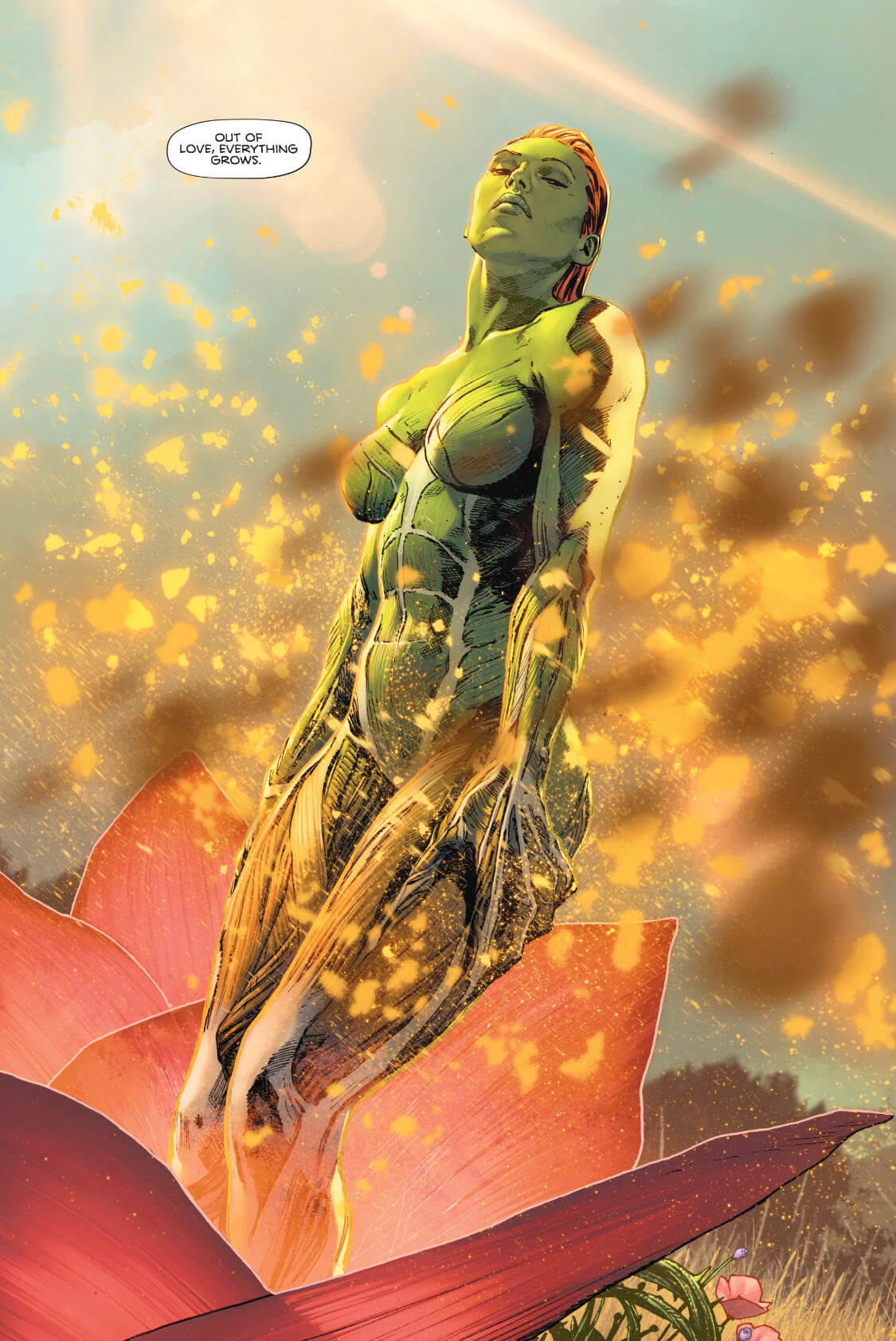 We don’t want to sound like a corny 1990s PSA, but we have to stress the importance of recycling. It prevents more garbage from piling up in landfills, and ensures that we don’t use up all of Earth’s resources. Recycling is one of the best things you can do for the environment, and it doesn’t take a lot of effort. Avoid using paper plates and cups, and look for reusable utensils instead. Look for recyclable products when you do your grocery shopping, and bring your own reusable shopping bags. Be as committed to recycling as Poison Ivy. In fact, Ivy is so committed to recycling, one time she recycled her entire body! After a Speed Force blast accidentally killed her in Heroes in Crisis #1, she was able to regenerate from a single flower in Heroes in Crisis #7. The discarded flower was originally grown from Ivy’s body, meaning that she had recycled herself! A Speed Force nudge from Wally West helped the process, but we’re going to give Ivy’s green abilities credit for this cool move. We’re not suggesting you do anything as drastic as recycling your own body -- start with water bottles or soda cans instead. 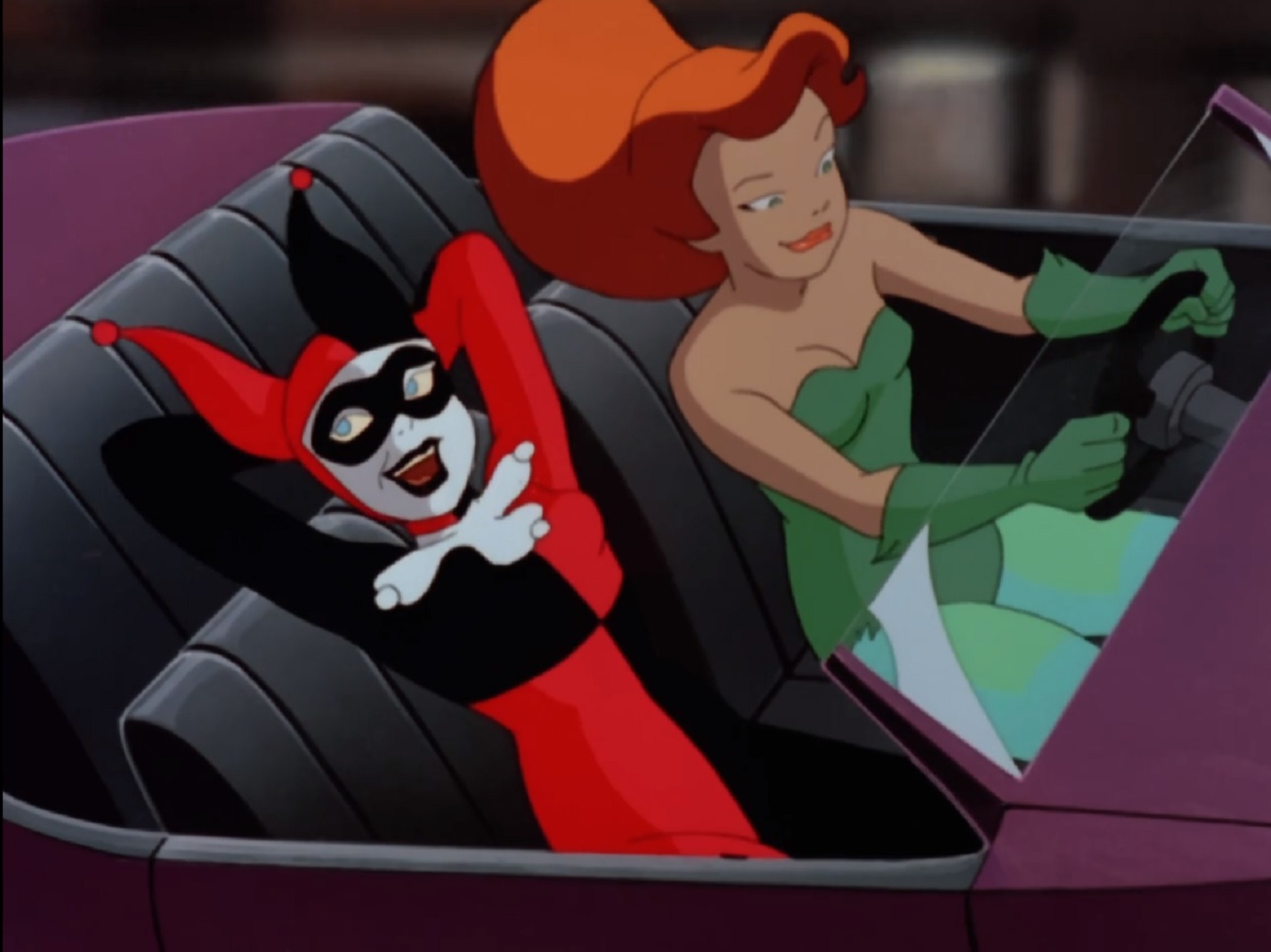 Nobody hates being around other people more than Ivy, but when you love the Earth you make sacrifices. One of the best ways to reduce air pollution is to carpool, and Ivy is willing to subject herself to extended human contact if it means saving the environment. Take a look at her first meeting with Harley Quinn in the Batman: The Animated Series episode “Harley and Ivy.” Ivy bumped into Harley during a museum heist, and when the arrival of the GCPD meant the girls had to make a quick getaway, Ivy kindly offered Harley a ride in her car. Ivy had just met Harley mere minutes ago, but she knew the importance of carpooling. And since high speed chases with police officers burn up lots of gasoline, this getaway carpool was even more important. Here’s another reason to consider carpooling: you might meet your bestie! After Ivy let Harley carpool with her, the two became best friends, and developed a bond that continues to this day in DC Universe's Harley Quinn animated series. So share a car ride with others. Not only does it reduce air pollution, it builds strong friendships!

In 2015 Time reported that 15 billion trees are cut down every year. That number might seem daunting, but if everyone pitched in, we could make a difference. Plant a tree in your community, and be part of the change planet Earth needs. You might be just one person, but if superhero comics have taught us anything, it’s that one person can make the biggest difference. Call your friends and get them involved too. Just look at Poison Ivy, she plants trees wherever she goes. Of course, while Ivy is our environmental role model, we don’t agree with all of her choices. In Gotham City Sirens #26 Ivy planted trees all around Gotham City, under cars and under buildings. A park or a nature trail would have been a better choice. Err on the side of caution and choose a more rural spot.

GET INVOLVED IN YOUR COMMUNITY 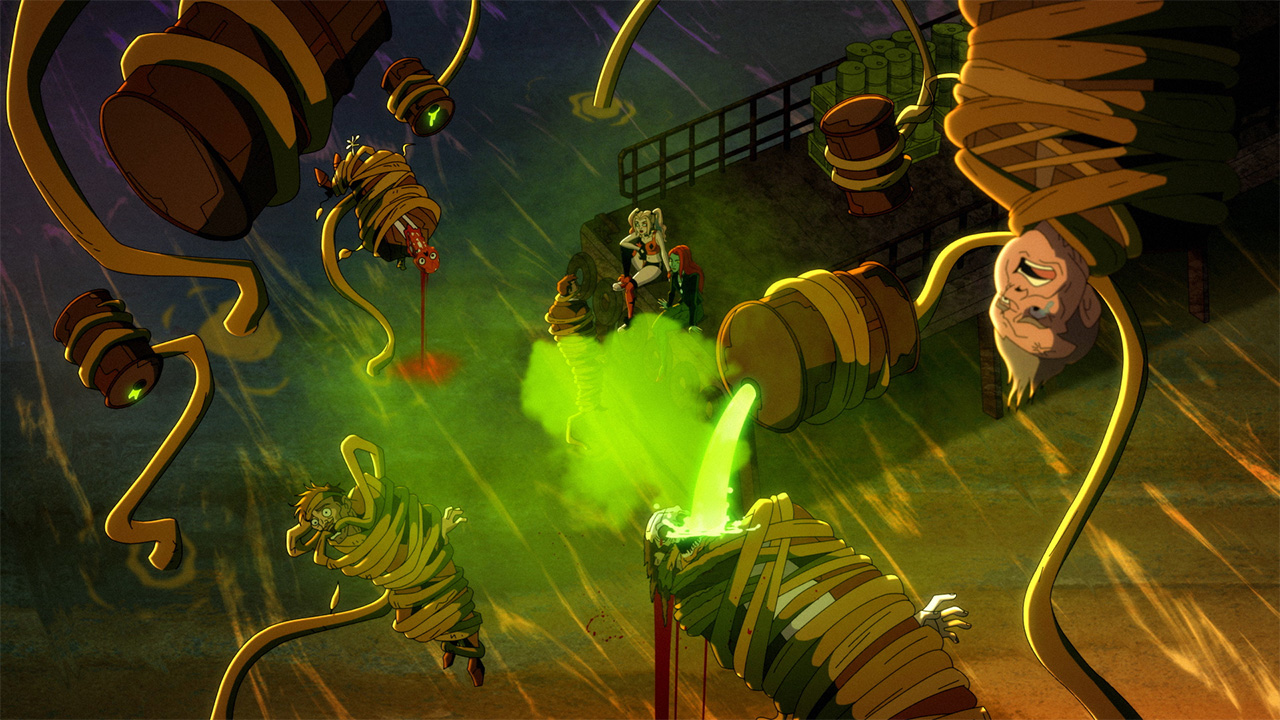 You don’t need to be a member of the Justice League to save the world. Research what’s going on with your community and see if there’s a way to improve the local ecosystem. Are your local companies friendly to the environment? Or should you take part in a peaceful protest to hold big businesses accountable? Just look at Ivy in the Harley Quinn episode “Trapped.” Ivy read her local paper (which she naturally recycled afterwards) and found out that Ace Chemicals was dumping toxic waste. Ivy went down to Ace Chemicals and made her voice heard through a peaceful protest. Okay, maybe it wasn’t so peaceful. She probably went overboard by dumping toxic waste down their throat. We encourage all of you to get involved in your communities, but don’t take things as far as Ivy did. Instead, consider designing a picket sign, writing to your local representatives, or appealing directly to business leaders. Ivy is our Earth Day hero, but we admit she sometimes needs to be less enthusiastic.

What are you doing for Earth Day? Let us know in our Community!