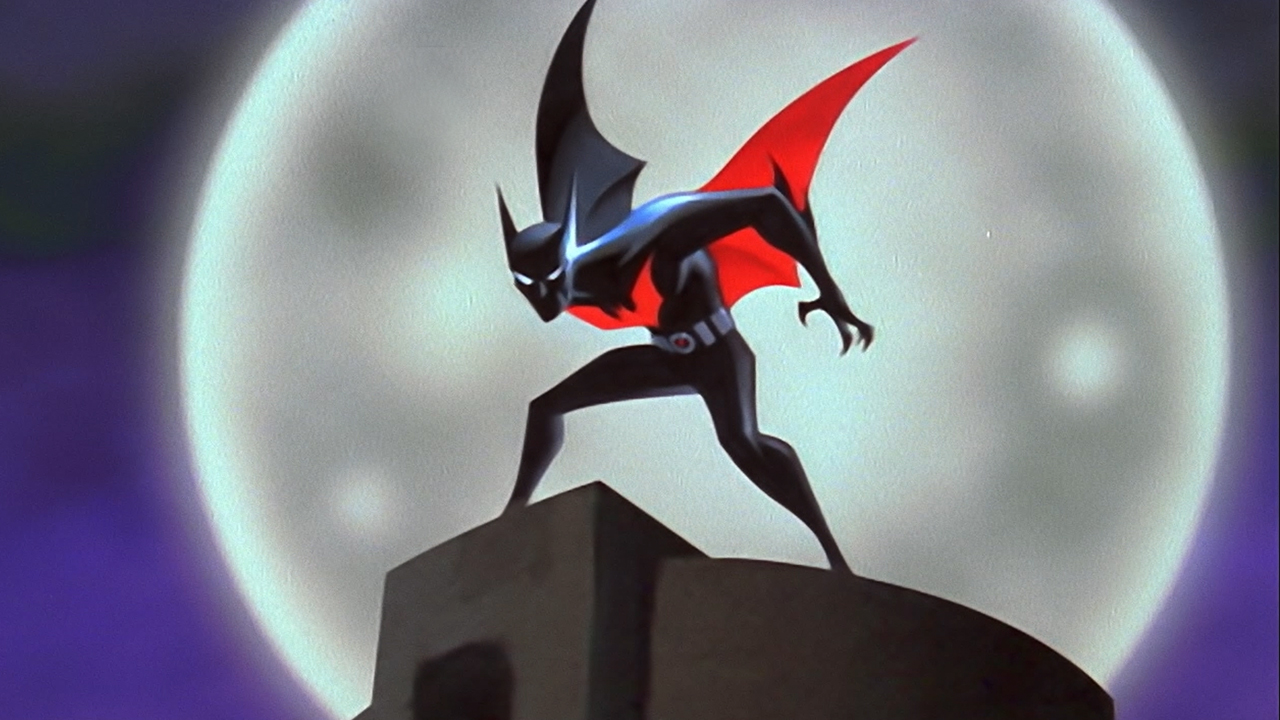 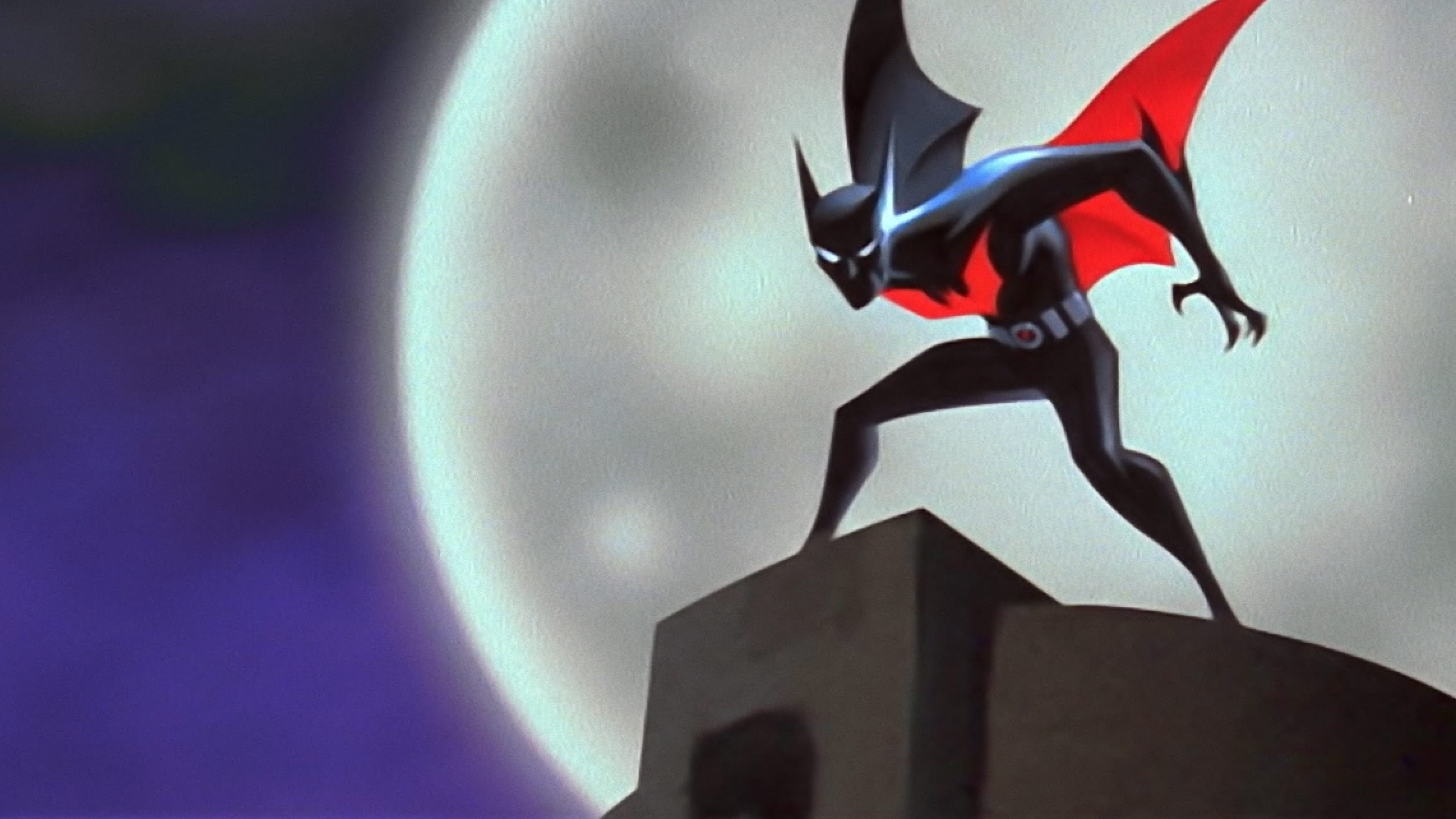 Bruce Wayne may have been the first Batman, but he's far from the only one to don the cowl. At various points in his career, Bruce has passed his mantle on to Dick Grayson, Jean-Paul Valley, and, of course, Terry McGinnis -- the Batman of Neo-Gotham 2039. Since season 1 of ‘Batman Beyond’ has just been upgraded to glorious HD, your favorite episodes have never looked better on DC Universe. If you don’t have time to binge watch the entire first season, we’ve compiled the highlights. So whether it’s your first time watching the show, or you’re revisiting the classic stories you enjoyed as a kid, here are the 5 best episodes of ‘Batman Beyond’ season 1... 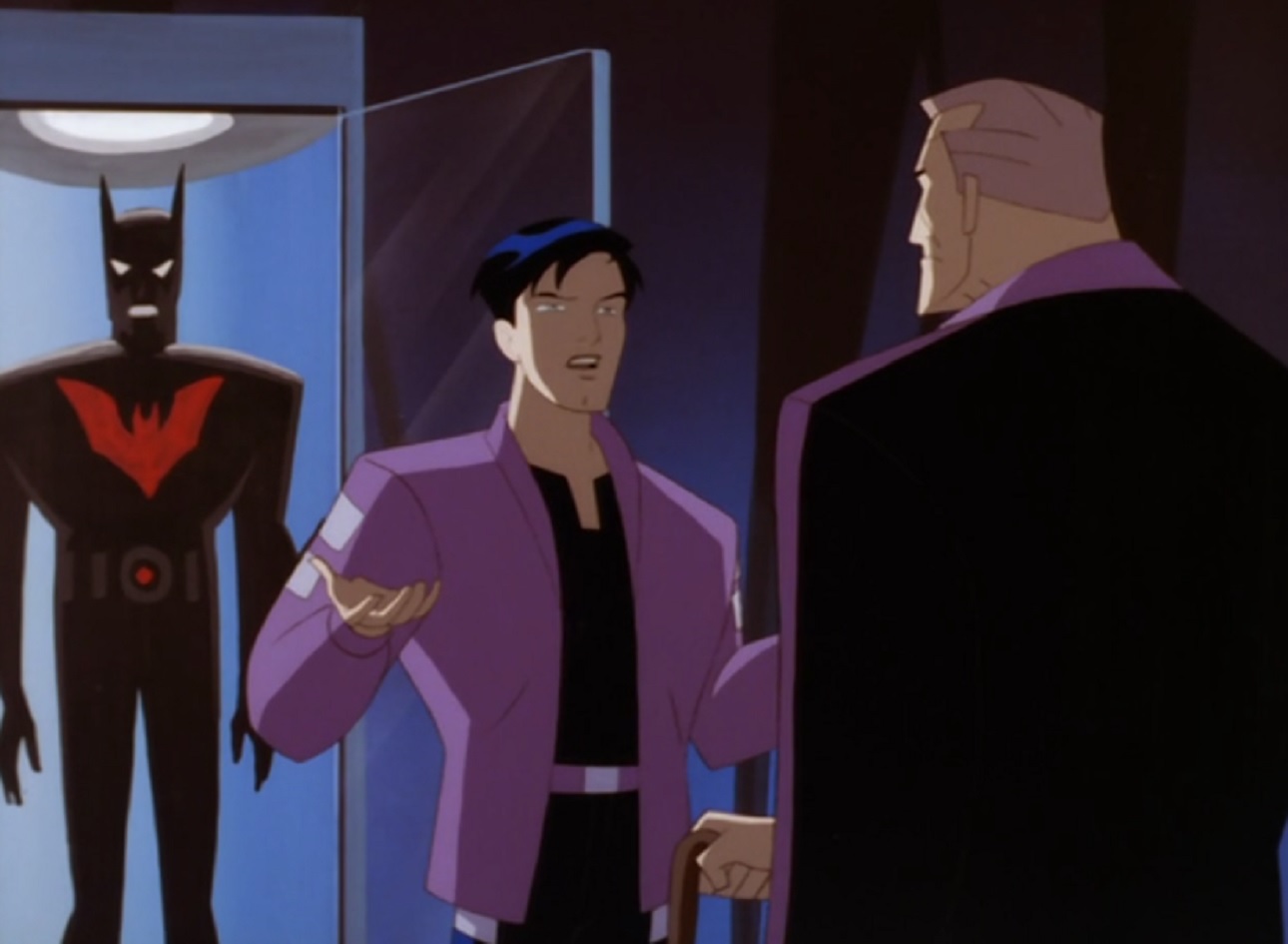 The Plot: The series begins with an action-packed two-parter that kicks things off with a bang. Warren McGinnis is murdered after finding himself in the middle of a corporate conspiracy, causing his teenage son Terry to seek revenge against corrupt businessman Derek Powers. The angry and directionless Terry has a chance meeting with an elderly Bruce Wayne, beginning a relationship that would change the course of both men's destinies.

Notable Scene: The final scene of part 1 has an epic moment in which Terry returns to Wayne Manor and demands Bruce step up to help him take down Derek Powers. Terry has a fierce sense of determination, and is even able to make Bruce's loyal canine companion Ace back off. The scene plays out eerily as Wayne Manor appears dark and deserted during the night’s approaching storm.

Trivia: The leader of the Jokerz gang is voiced by Bruce Timm, the legendary creator who produced this and many other great DC animated series. 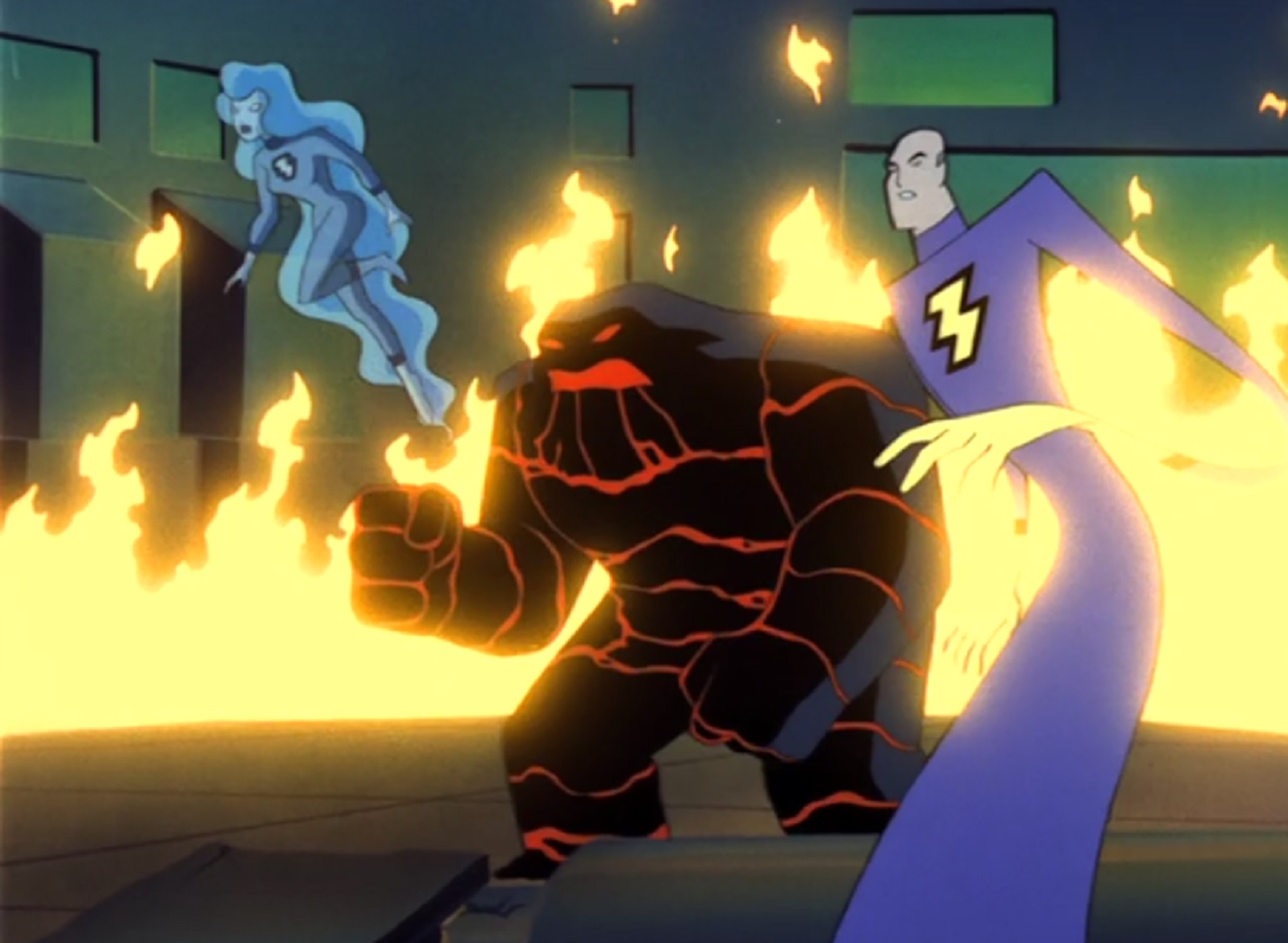 The Plot: A group of scientists are transformed into super-powered beings after being bombarded with radiation. Calling themselves the Terrific Trio, they became the most celebrated heroes in Gotham. But Bruce Wayne isn’t sure if they can be trusted. Bruce’s caution is justified when the Trio learn their cells are unstable, and begin a psychotic rampage. At first the Trio are a homage to a certain fantastic superhero team, but they soon become one of the toughest adversaries the new Batman faces.

Notable Scene: There’s a fun moment at the Gotham mall, where Terry has taken his brother Matt shopping. The stores are celebrating the Terrific Trio with loads of merchandise, and Terry’s spirits are raised when he hears his brother say he prefers Batman. It’s an amusing twist on brotherly bonding.

Trivia: If you get déjà vu during the battle sequence, that’s because one of the explosions contained reused animation from the ‘Superman: The Animated Series’ episode “World’s Finest Part III.” 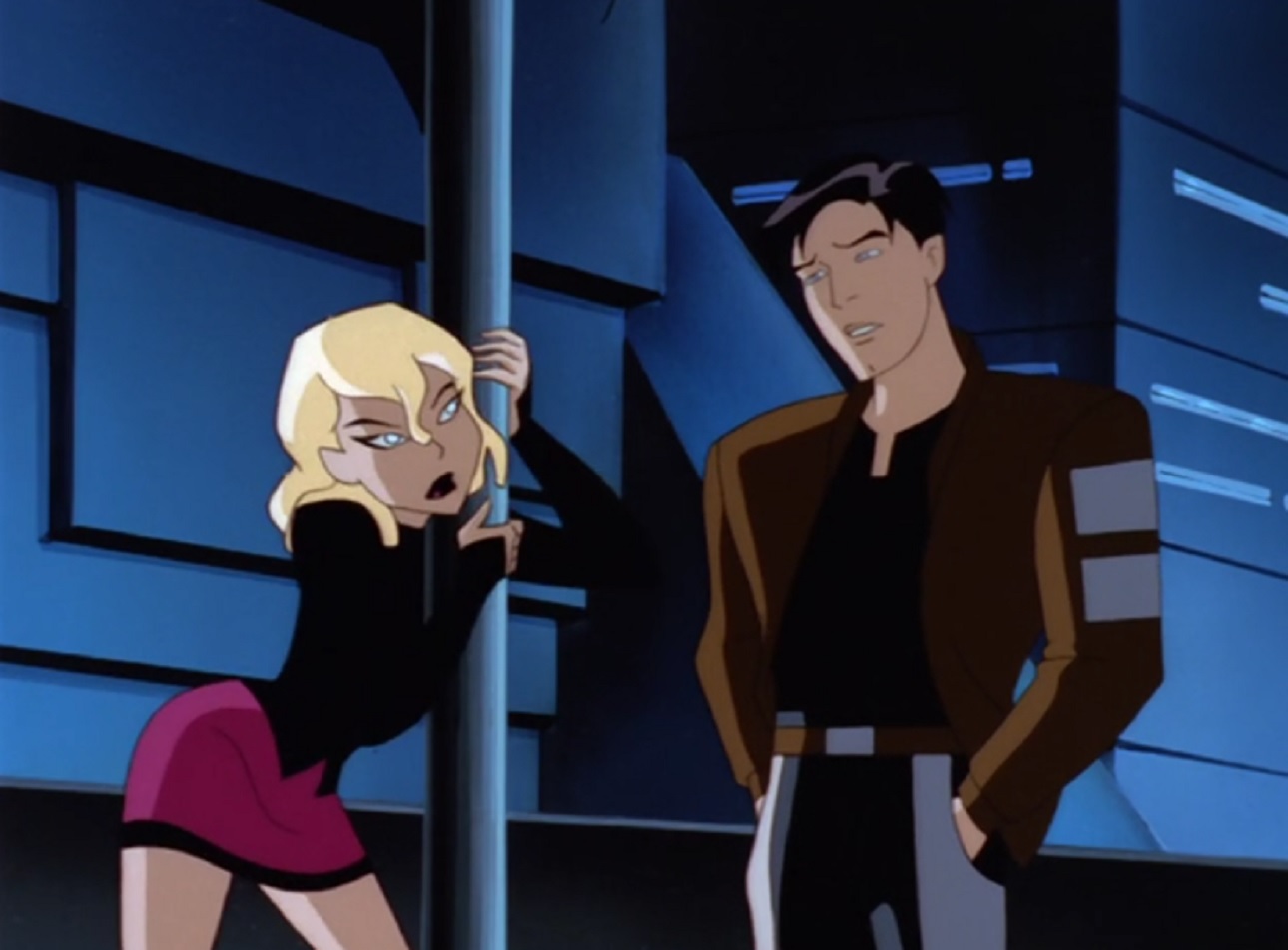 The Plot: Terry’s double life continues to get in the way of his relationship with Dana, causing her to break up with him. But the teenage hero rebounds quickly when he meets a girl named Melanie, who leads a double life of her own. Batman is distraught when he finds out his new girlfriend is secretly Ten, a member of a criminal group known as the Royal Flush Gang. The story isn't unlike 'Romeo and Juliet,' albeit with flying cards and batarangs.

Notable Scene: At the end of this episode, Bruce recognizes Terry’s heartbreak upon turning Ten over to the police, so he begins telling his apprentice about his complicated relationship with Catwoman. It's a rare moment of warmth from the often grumpy and grizzled elderly Bruce Wayne.

Trivia: King, leader of the Royal Flush Gang, is voiced by George Lazenby. When he says, “We have all the time in the world,” it’s a nod to perhaps his most famous line when he played James Bond in the film 'On Her Majesty's Secret Service.' 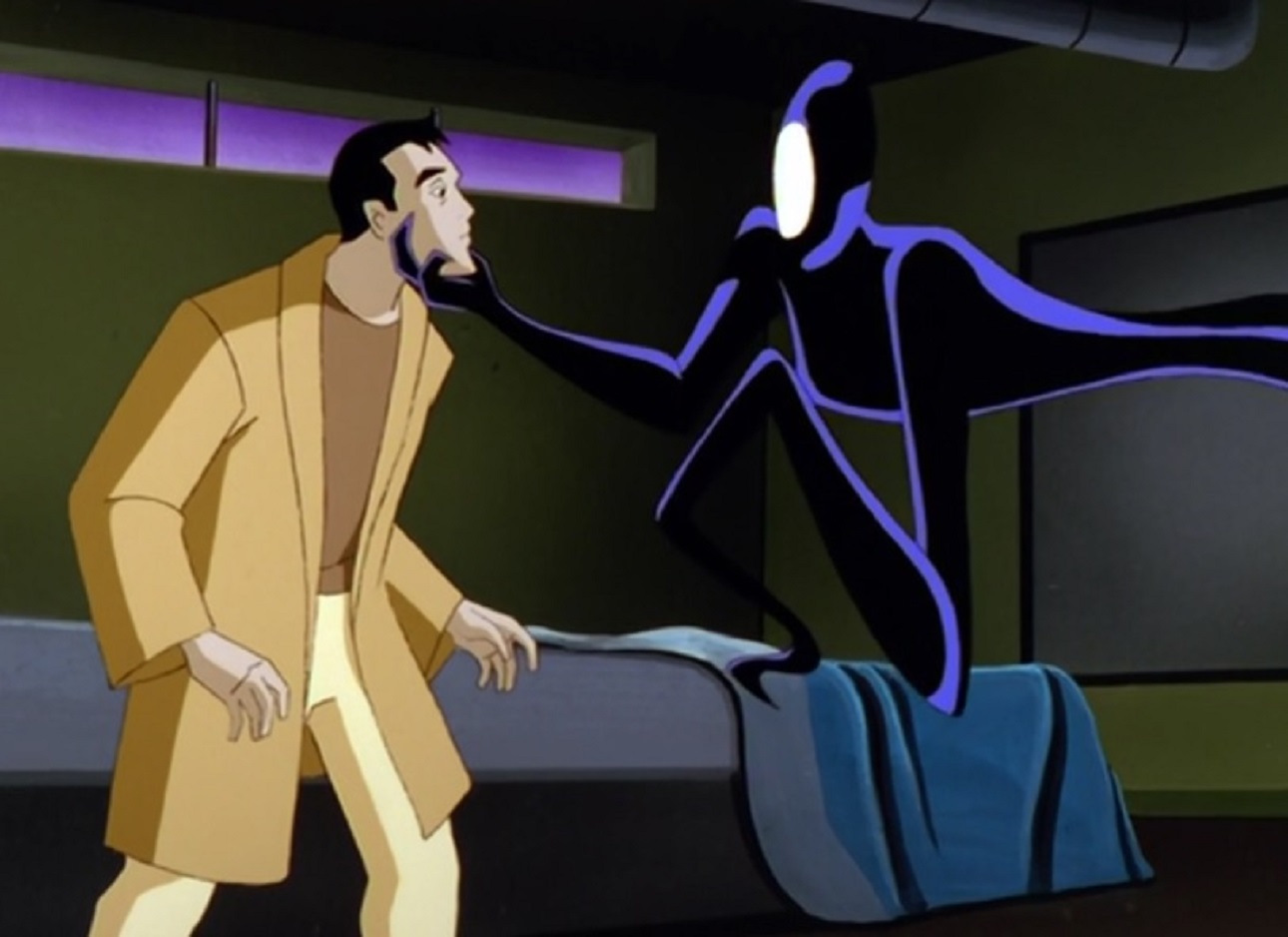 The Plot: A deranged lab tech forms a twisted one-sided bond with the criminal Inque, who's cryogenically frozen at the lab he works at. After he’s fired, the disgruntled tech frees the villain, who promptly takes advantage of the young man’s devotion to her to get him to do her bidding. Inque succeeds in capturing Batman, causing Bruce Wayne to don an armored battlesuit to rescue his protégé.

Notable Scene: Although Terry is the one who winds up defeating Inque, it's awesome to see Bruce hold his own against her. While his time as Batman may be over, the battle proves Bruce can still kick butt.

Trivia: The original ‘Batman: The Animated Series’ theme can be heard when Bruce uses his battlesuit.

“A Touch of Curare” 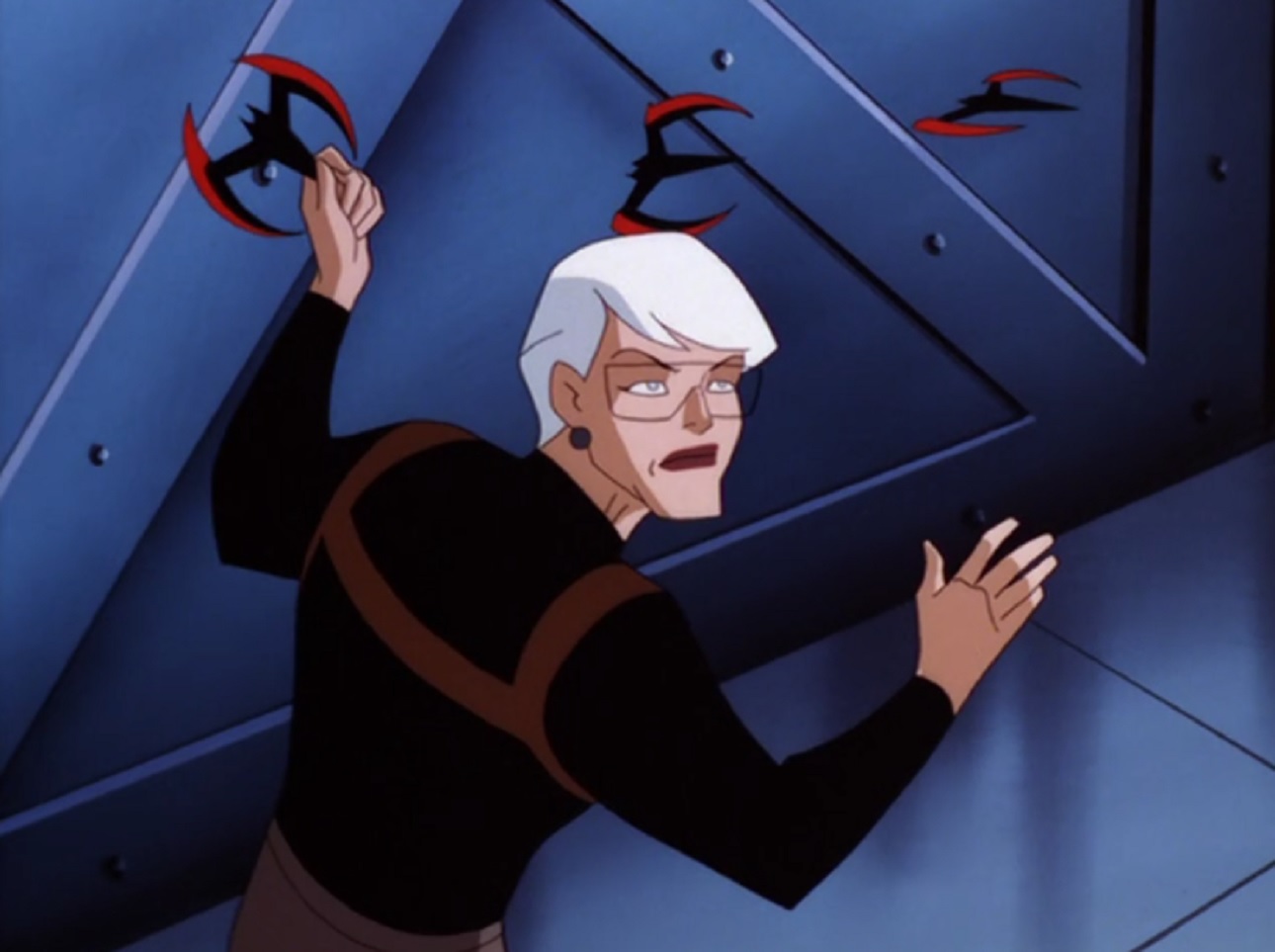 The Plot: An assassin named Curare has targeted District Attorney Sam Young, and it’s up to Batman to protect him. This causes Terry to butt heads with Sam’s wife – police commissioner Barbara Gordon. Although she was once Batgirl, Barbara no longer approves of Bruce’s vigilante operation and wants Terry to stay out of police business. Can Batman find common ground with Gordon long enough to save DA Young from Curare? It’s a new Batman/Commissioner Gordon relationship for a new generation.

Notable Scene: Barbara takes Terry out for coffee after the youngster expresses confusion as to how her relationship with Bruce deteriorated years ago. The conversation that follows reveals what happened during the “missing years” -- after ‘The New Batman Adventures.'

What are your favorite episodes from the first season of BATMAN BEYOND? Let us know in our Community.