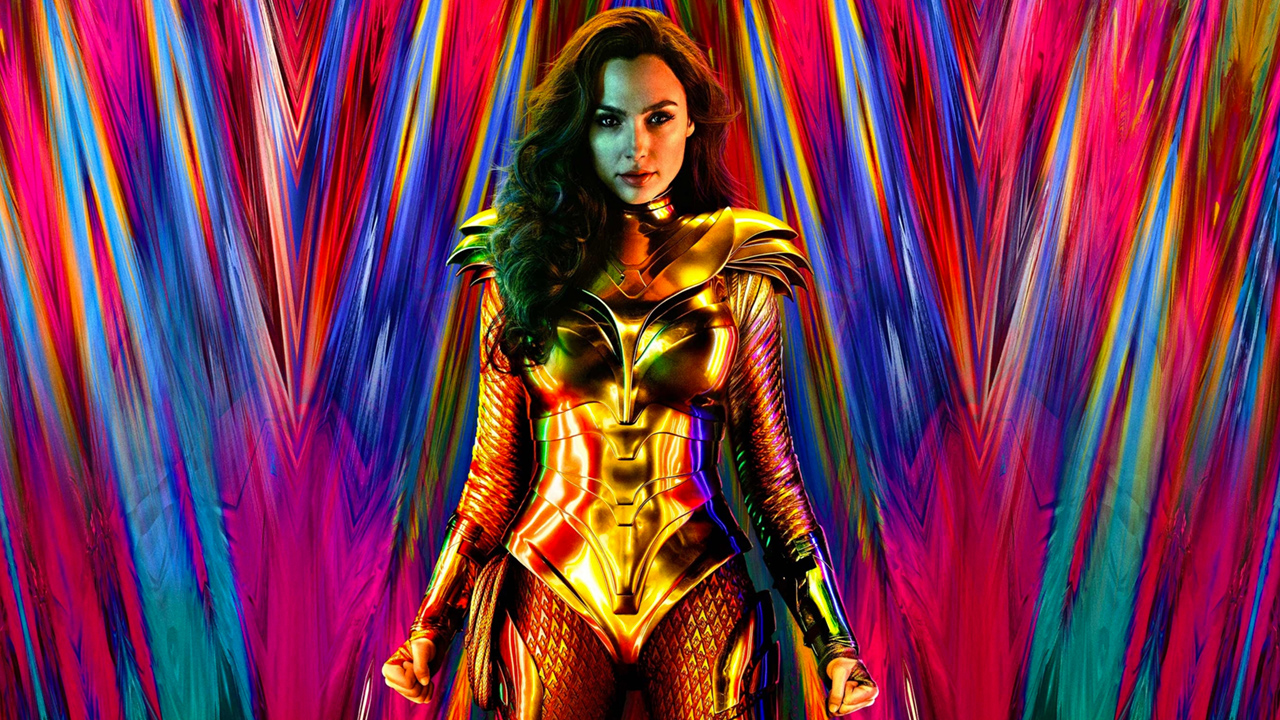 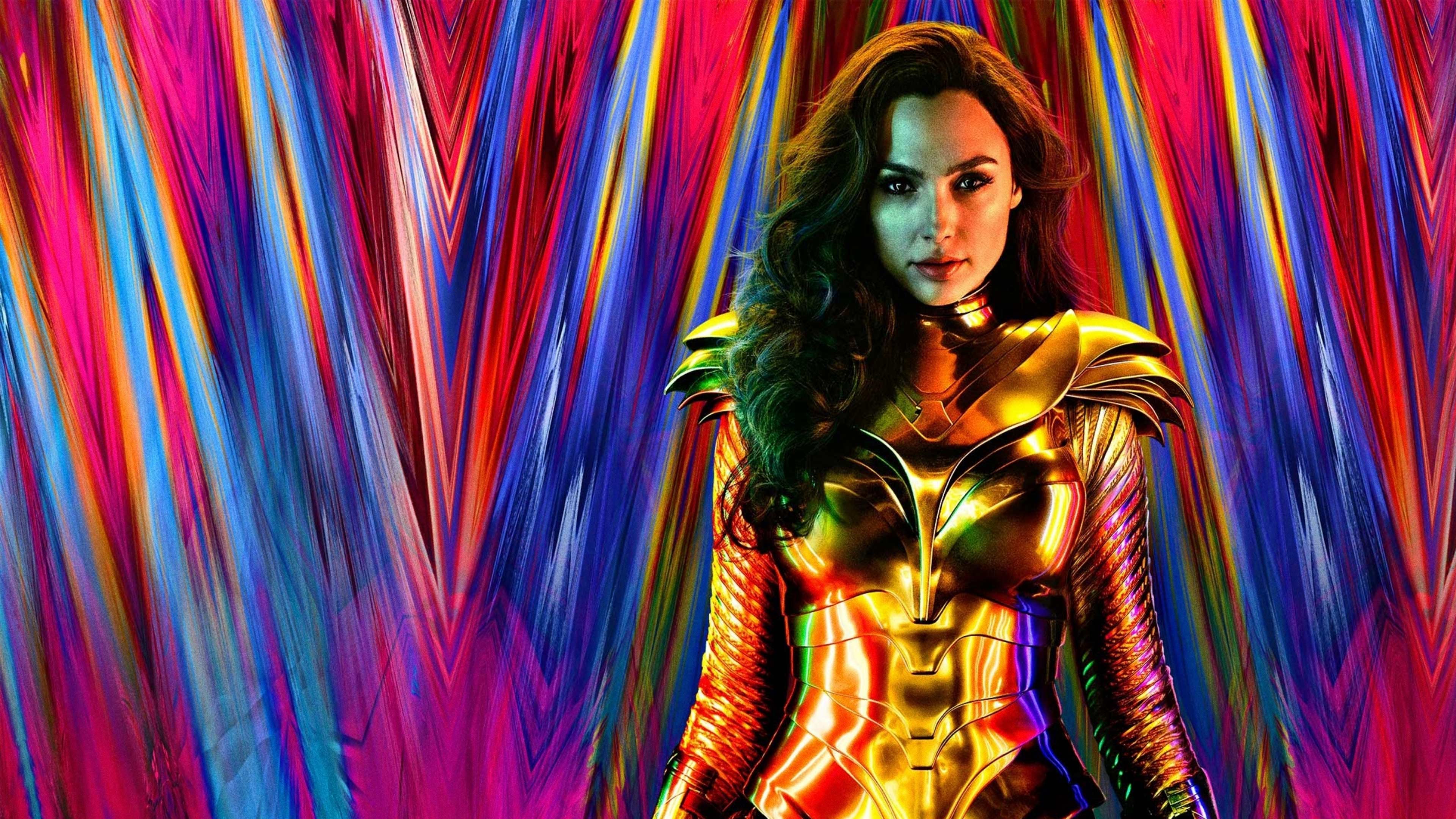 Lex Luthor and General Zod. Penguin and Catwoman. Ocean Master and Black Manta... For decades, DC movies have asked the same rhetorical question: why have your hero face one villain when there can be two? We already know Kristen Wiig will appear in next summer’s ‘Wonder Woman 1984’ as Barbara Ann Minerva, AKA Wonder Woman’s longtime foe The Cheetah. But could the film offer additional flavors of villainy?

Just as 2017's ‘Wonder Woman’ revelled in its World War I setting, its sequel seems fully prepared to embrace the hyper-neon aesthetic of the 1980s. Here’s a selection of five totally rad '80s comic-book super-villains from across the DC Universe who would have no problem fitting right in… all from the year 1984. 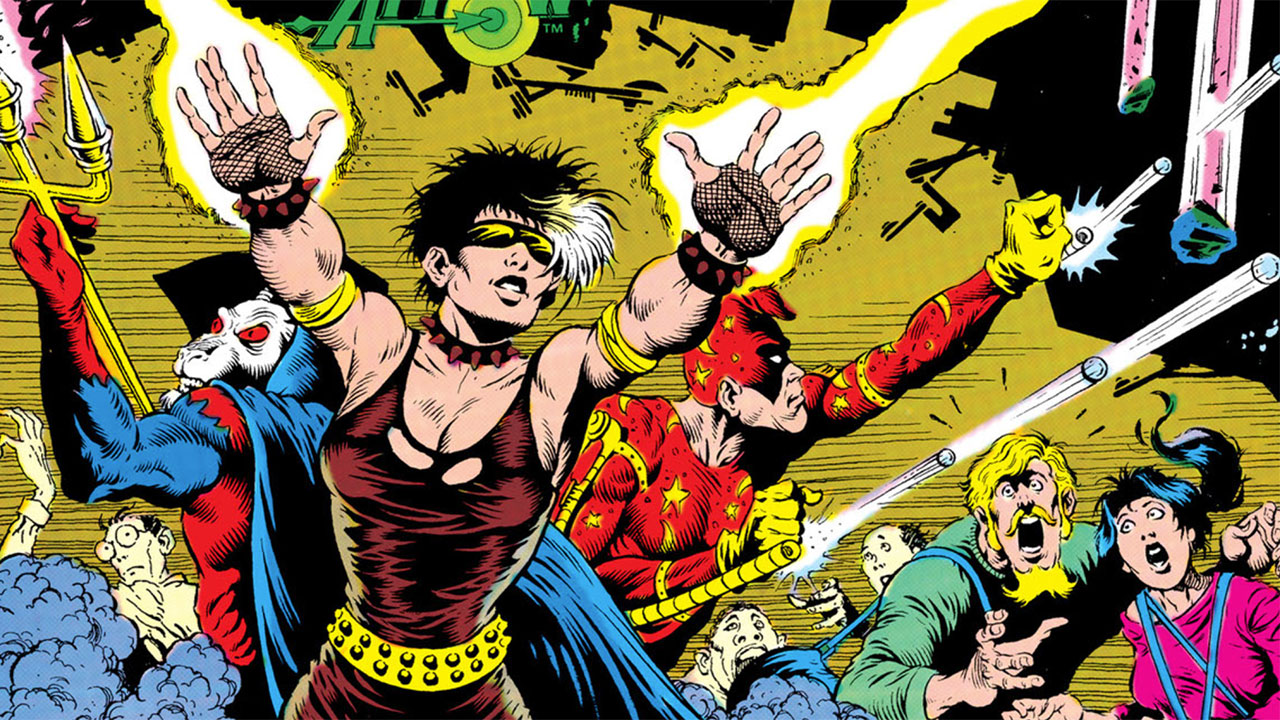 Did you know that the giant penny in the Batcave is a relic from a fight with a one-off villain from the '40s named Penny Plunderer? Well, Bad Penny seems like a gnarly attempt to reinvent that old copper chestnut with an '80s attitude. Appropriately, Bad Penny’s motivation was being left behind by the times: her criminal origin story began when Star City started favoring new fiber optic cable technology over traditional copper wiring, putting her factory out of business. Though as Wonder Woman may learn in 'WW84,' even as time marches forward, the ghosts of your past can turn up. Like a bad penny. 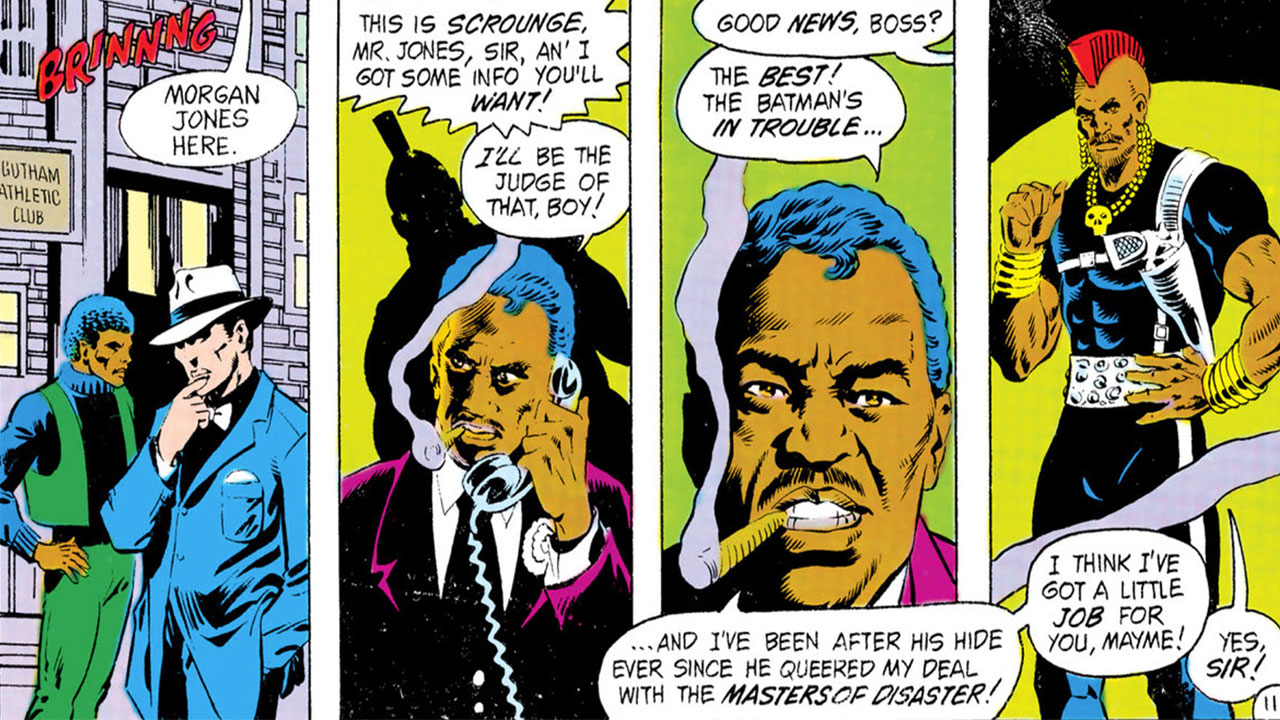 First Appearance: ‘Batman and the Outsiders’ #13

One look at Mayme, and you’re completely certain what his stance is on fools. Mayme (pronounced “maim”) is the personal hitman of one Morgan Jones, a gang leader in the heart of Gotham who often finds himself at odds with Batman and the Outsiders. Some might call him no more than a henchman. But we’d say a look this ostentatious keeps Mayme a mohawked head above the B-Team. If we’re casting this role, we know who’d be first on the call list... 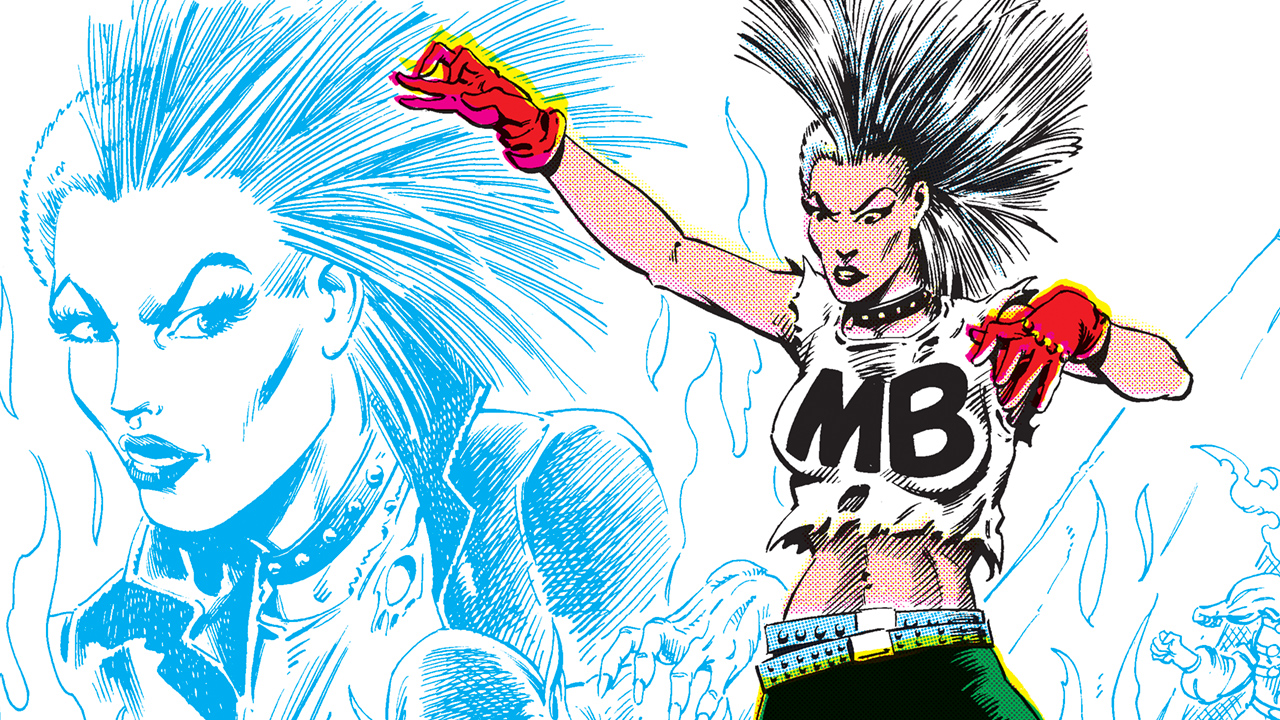 First Appearance: ‘The Fury of Firestorm’ #29

No, that baby tee didn’t come from a board-game convention. Mindboggler is just a member of the Assassination Bureau looking to build a rep. And you can tell she can belt it out, too — because she’s wearing TWO belts. Her ability to cast illusions in people’s minds would make her a thematically ideal enforcer for the more psionically inclined end of Wonder Woman’s rogues gallery. But we just want to see someone try to pull off this look in real life. Mindboggler cosplayers, where are you? The possibilities are… what’s the word… staggering. 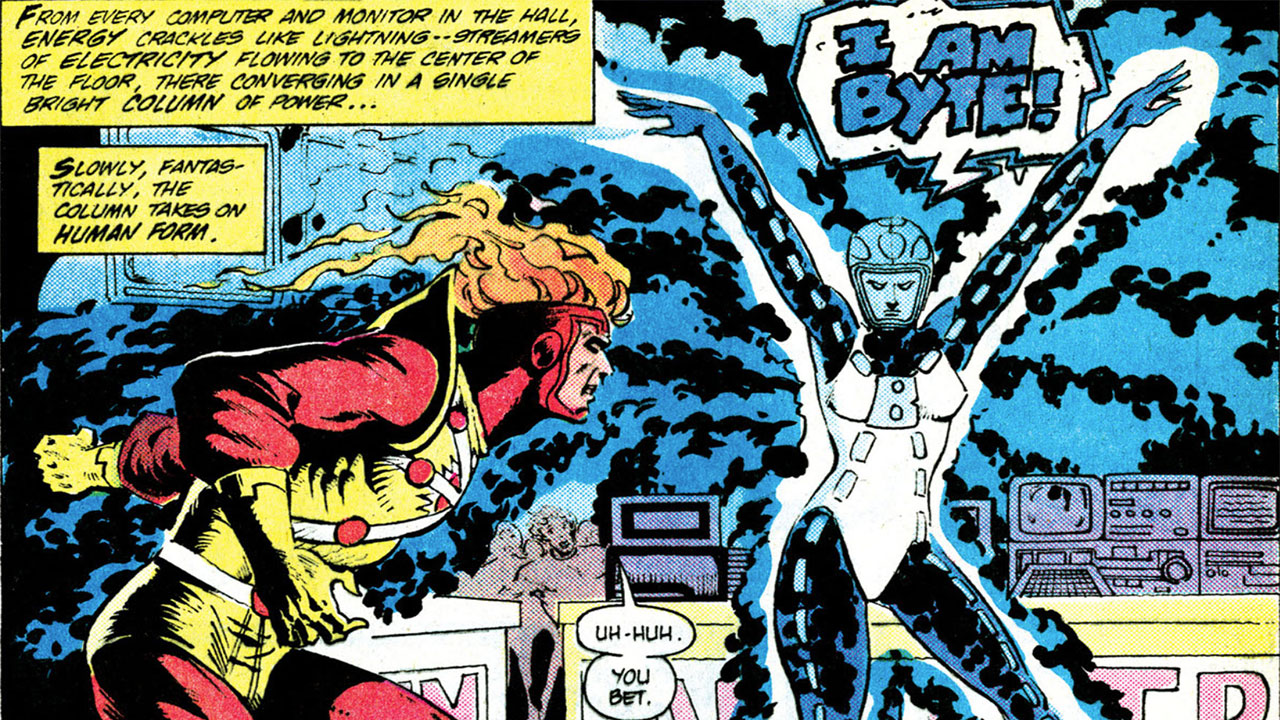 First Appearance: ‘The Fury of Firestorm’ #23

By most accounts, the “cyberpunk” genre that blended transgressive counterculture with speculative science fiction began in earnest in the year 1984, with the publication of author William Gibson's groundbreaking novel 'Neuromancer." And sure enough, every third DC Super-Villain to come on the scene during that era, from Kilg%re to the Thinker, was angling for a bite of that macintosh. But for pure style we’re going to have to give it up for Byte, the console cowgirl who jams her keyboard like Killer Frost flings icicles. You want outrageous hacking sequences where electronic avatars duel each other to virtual death? You got ‘em. Sure, Wonder Woman has technological villains of her own to take her into the digital age, like Dr. Cyber. But look at that digitally projected face on that retro-futurist body. You can’t beat that on style. 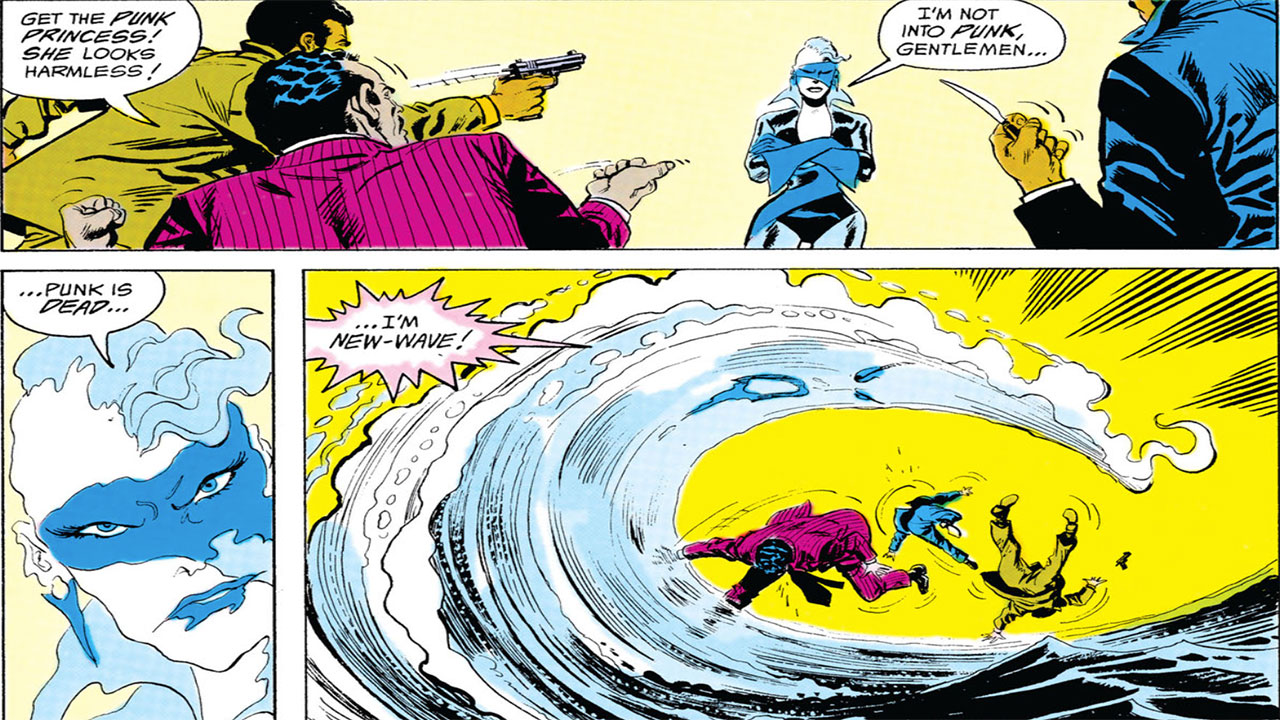 First Appearance: ‘Batman and the Outsiders’ #8

Our number one spot goes to the villain so '80s she takes her name from the decade’s signature music genre. New Wave is the leader of the Masters of Disaster, and together they look like they’re about to drop the hottest synthesizer track of 1984. Hey, you can’t tell us anyone who does their makeup like that doesn’t know how to shred a keytar. Sure, her teammate Windfall has been getting screen time on ‘Young Justice: Outsiders,’ but we’re hoping to hear the team's leader all over the 'WW84' soundtrack. Is Debbie Harry busy these days?

What are some of your favorite totally '80s villains? Let us know in our Community!