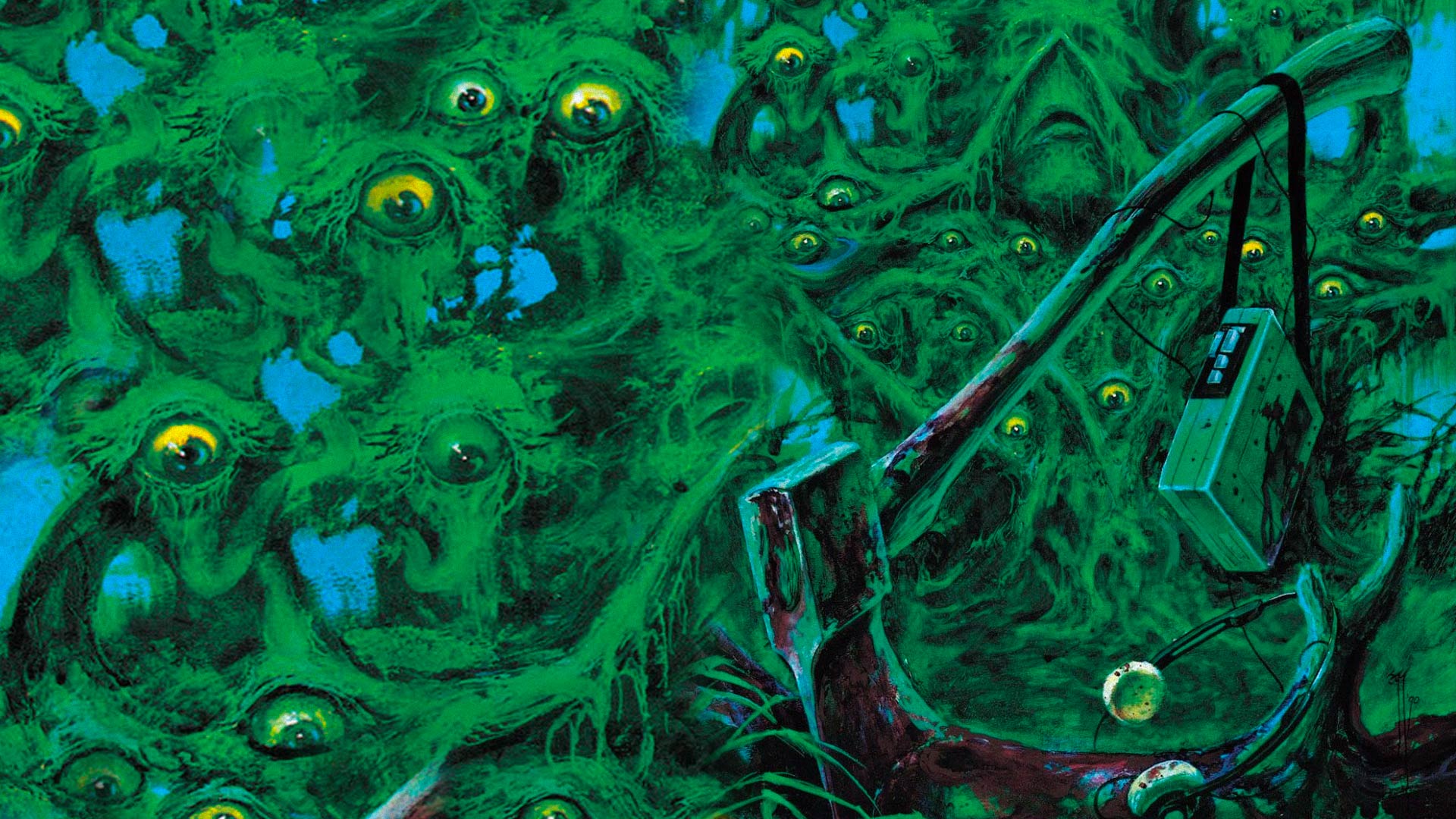 Hello fellow Supercation travelers! With summer approaching, people are going through their brochures to pick out the best vacation destinations. Thanks to his upcoming live-action series, we’ve all got Swamp Thing fever so it’s understandable that you might be considering a trip to his bayou. And while the bayou might look like a fun place to do some birdwatching, go for a swim or meet new friends, be on your guard! The swamp can be a dangerous place, and not all its visitors have made it out alive. So unless you’re seeking an eternal vacation, here are 5 simple tips to survive Swamp Thing’s bayou.

Beware of the Wildlife 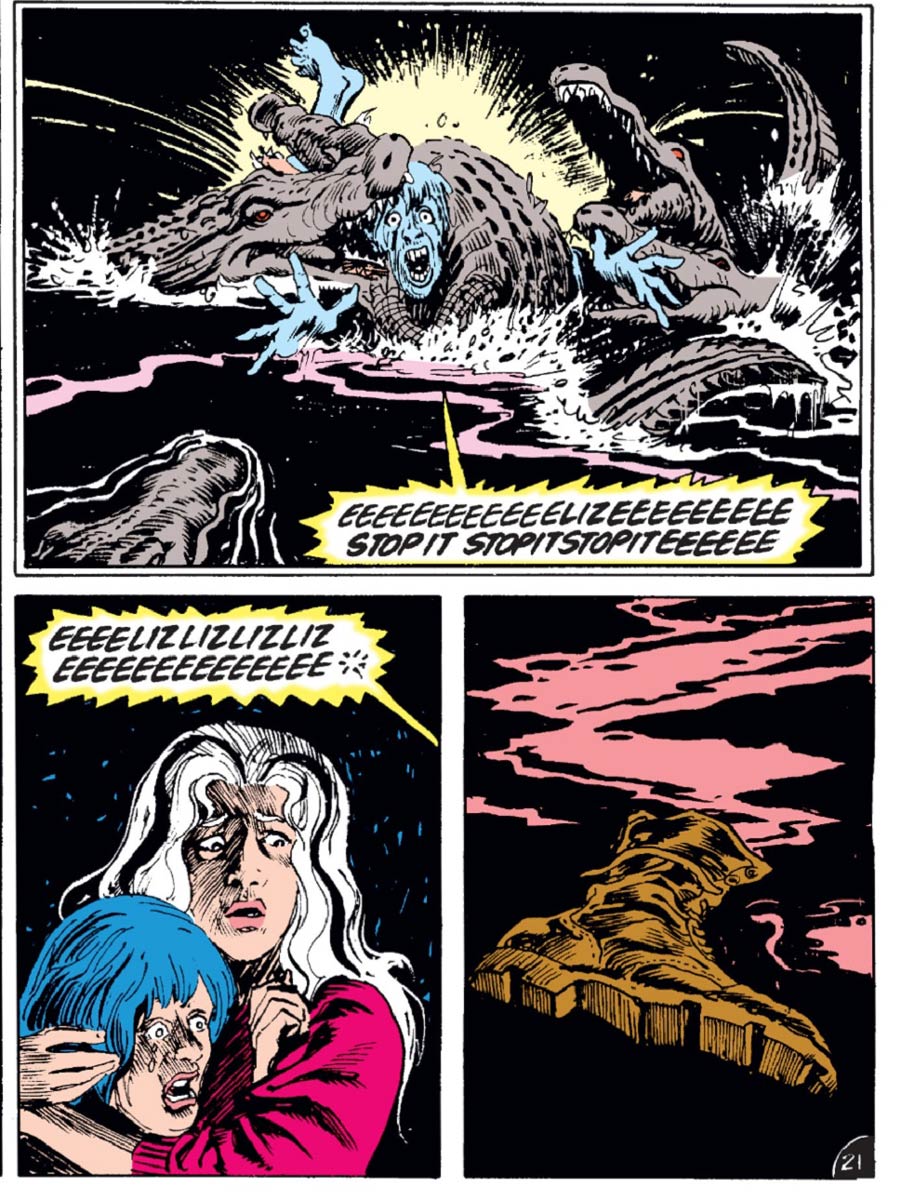 It’s always interesting to see different types of wildlife, and let’s face it, the bayou has plenty. However, it’s not a petting zoo filled with cuddly creatures, just ask Dennis Barclay. During Swamp Thing (1982) #54 (written by Alan Moore and penciled by Rick Veitch), Dennis’s girlfriend Liz Tremayne fled to the Louisiana bayou to escape their abusive relationship. As Dennis pursued her through the swamp, he didn’t realize that it was approaching lunchtime for the local wildlife. Dennis Barclay became a meal for five crocodiles as each of their jaws ripped his body apart, a bloody boot the only thing the hungry reptiles left behind. Keep a safe distance from the Bayou's fauna and you should be able to keep all your limbs. 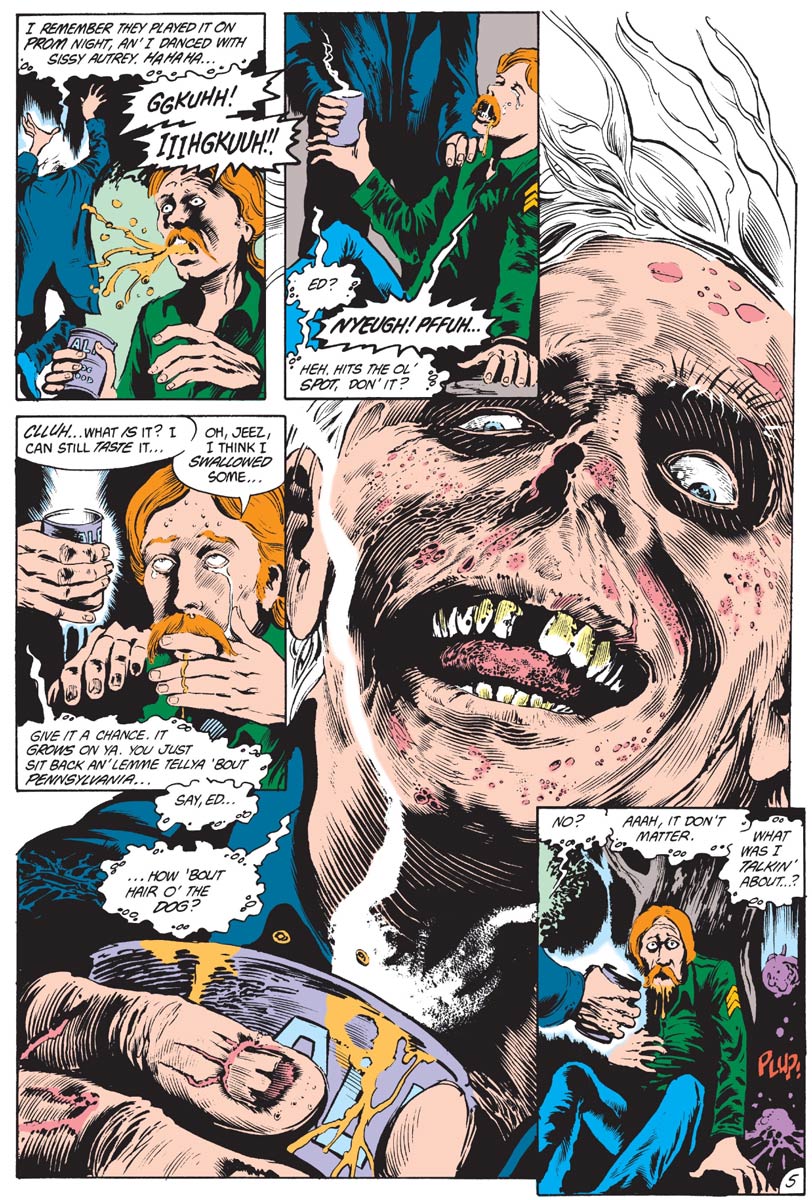 It’s always important to stay hydrated while traveling, just make sure your thirst doesn’t cloud your judgement. Not all drinks are healthy, especially when they’re being offered by mutated weirdos. If you’re exploring the bayou and a deformed vagrant offers to share his drink with you, resist the temptation! We know the swamp gets hot but taking his drink might cost you your life. A man named Bob made that fatal mistake in Swamp Thing (1982) #35 (written by Alan Moore and penciled by Steve Bissette) when he took a sip from Nukeface’s cup. Here’s the thing with Nukeface; he has a taste for toxic waste, and he likes to share it with others. He doesn’t always take no for an answer either, so you might find yourself ingesting his dangerous chemicals whether you want to or not. So be sure to pack yourself a canteen and steer clear of Nukeface.

Watch Out For Monsters 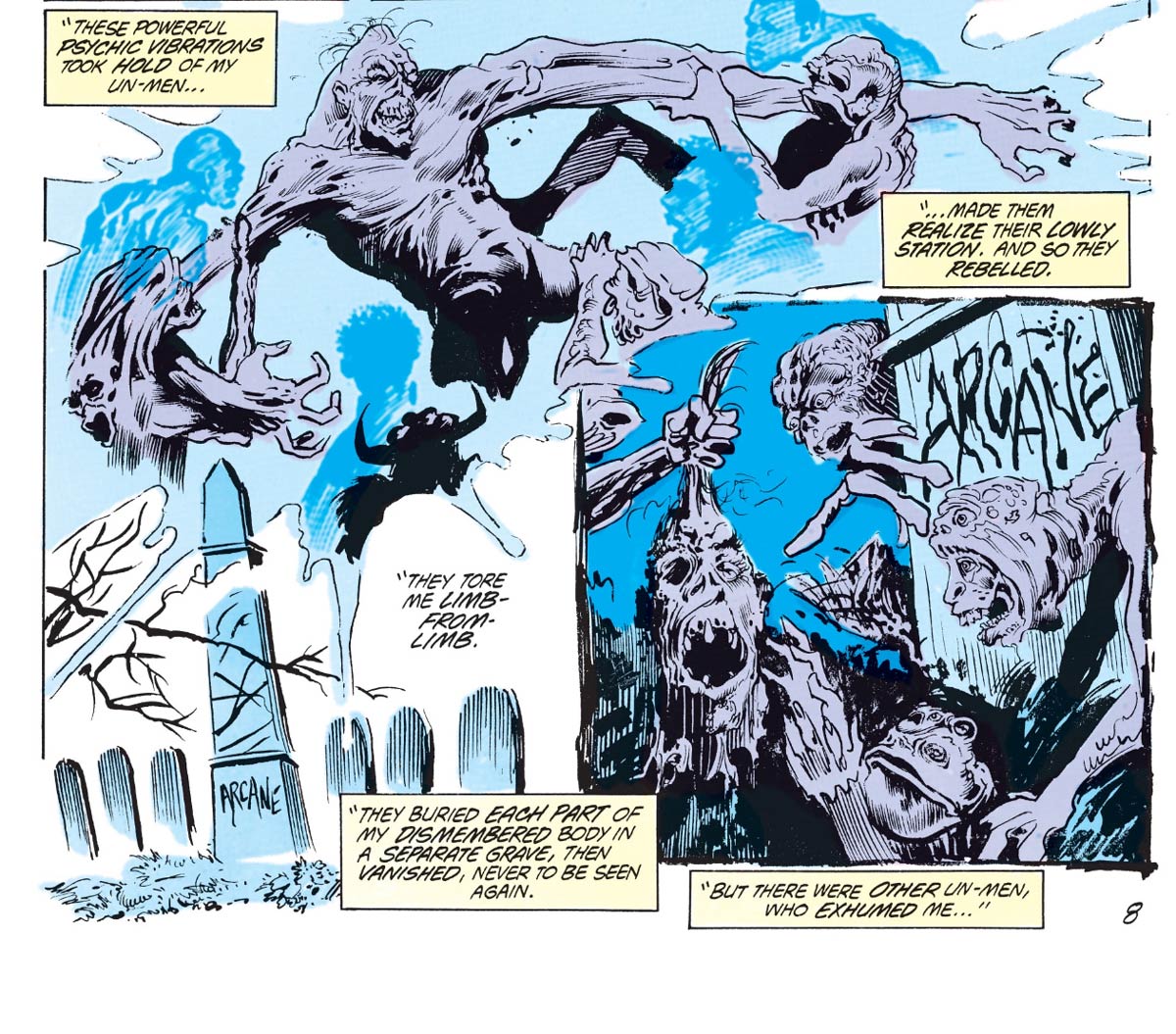 Swamp Thing isn’t the only mysterious creature lurking in the bayou, and the other monsters aren’t as friendly as he is. Some visitors to the swamp have caught sight of Anton Arcane’s twisted Un-Men, reanimated corpses powered by science and black magic. If you think befriending them will save you, think again, because they won’t hesitate to tear you apart, limb by limb. In Swamp Thing (1972) #10 (written by Len Wein and penciled by Bernie Wrightson) the Un-Men turned on their creator and ripped his body apart. When they were finished, the Un-Men buried each part of Arcane’s severed corpse into separate graves. A more detailed and gorier version of this sequence was seen in The Saga of Swamp Thing (1982) #19 (written by Martin Pasko and Steve Bissette, penciled by Steve Bissette). Assume that unless it's Swampy himself, a monster you might see in bayou is bad news. 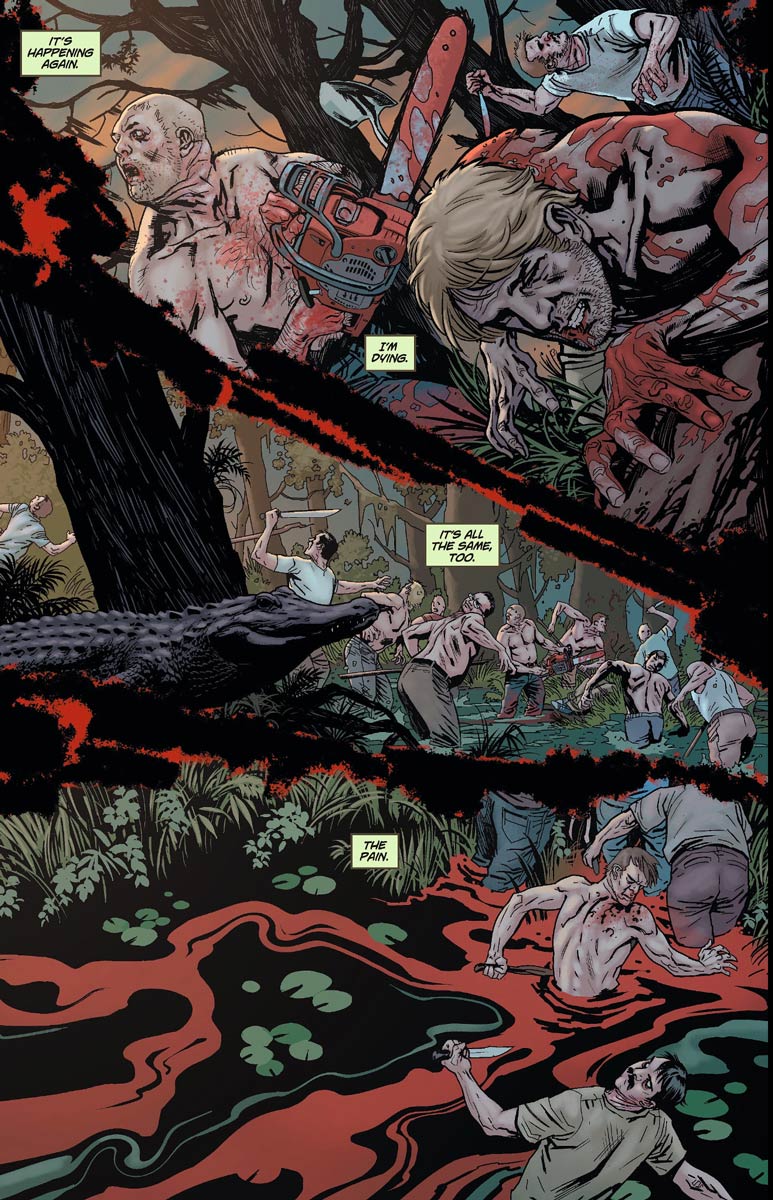 One of the best parts about visiting new places is meeting the locals, but don’t expect a warm greeting from the citizens in Swamp Thing’s bayou. The locals won’t shake your hand, but may just impale you with a chainsaw. Poor Alec Holland learned this in Swamp Thing (2011) #7 (written by Scott Snyder and penciled by Yanick Paquette) as he was ambushed by a group of people being controlled by an elemental force of death known as the Rot. If you’re wondering why their necks are twisted, then blame the mosquitos. The Rot likes to send mosquitos into your ear canal where they’ll get into your brain, twist your neck around and transform you into their zombie. A liberal application of bug spray should keep your neck untwisted, but keep a sharp eye out for chainsaws just in case.

Swim at Your Own Risk 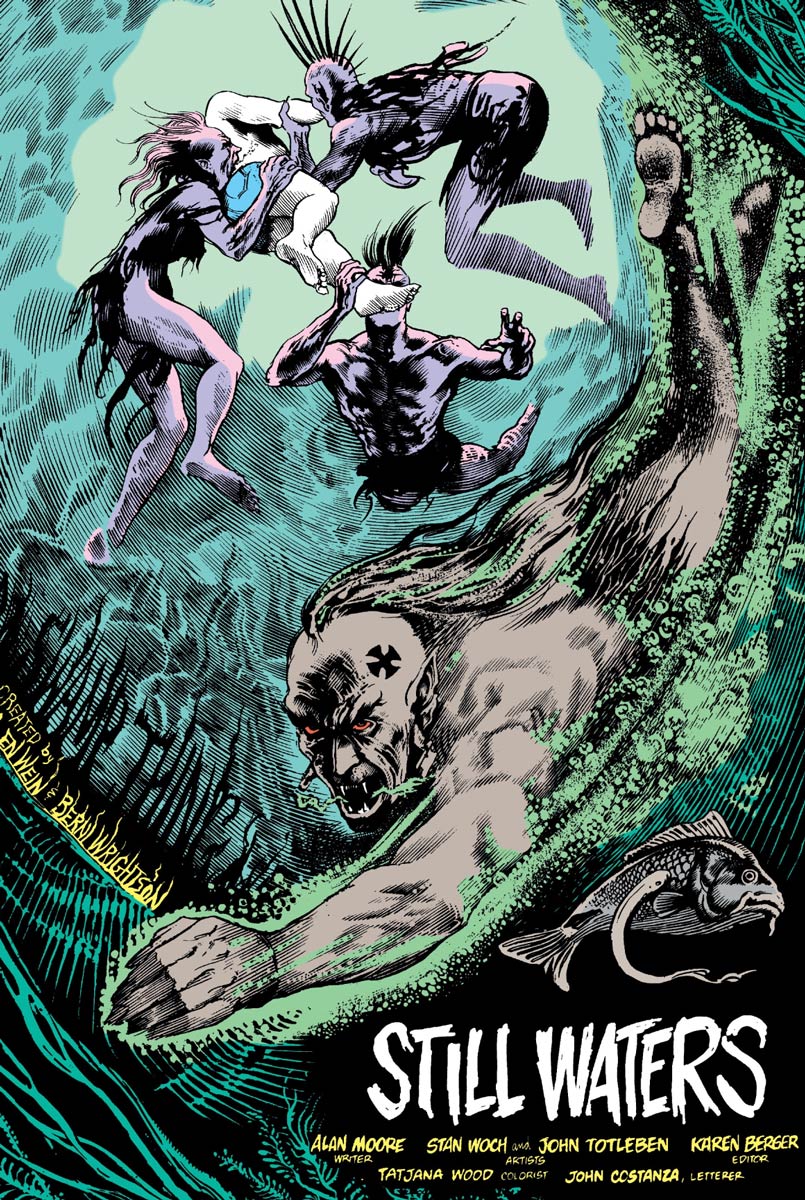 There is nothing more refreshing than a nice cool swim while you’re on vacation, unless it’s in the waters of Swamp Thing’s bayou. We’ve already warned you about the crocodiles, but they’re not the only things lurking in the depths of the swamp. In Swamp Thing (1982) #38 (written by Alan Moore and penciled by Stan Woch) a group of boys decided to ignore their parent’s warnings and take a dip in the swamp. The youths were quickly covered in leeches and leapt out of the water but noticed their friend Nicky wasn’t moving. It turned out that Nicky was the snack for a group of predators much larger than a leech. Little did the boys realize that under the depths of the swamp lived a society of water vampires. who were ripping into Nicky's flesh under the dark waters. So save the swimming for another day and stick to dry land.

What’s the scariest part of Swamp Thing’s bayou? Let us know in our Community!