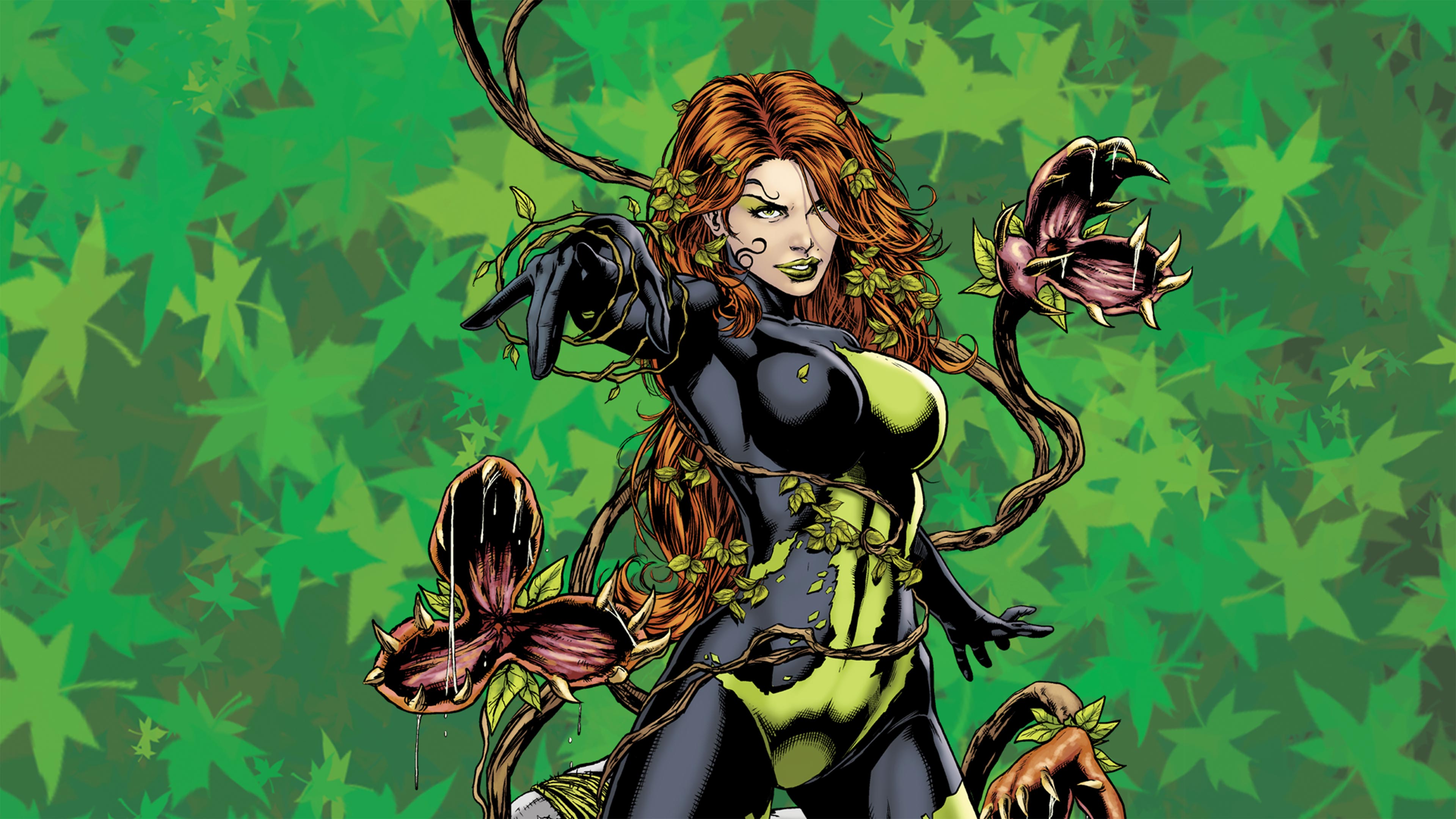 5 Times Poison Ivy Battled a Hero Other Than Batman

As DC Universe's Harley Quinn animated series proves, there’s an entire world out there beyond Gotham City for Poison Ivy to plant her seed. Pamala Lillian Isley has fought for the rights of plant life at the expense of mankind for decades, all across the DC Universe. While she is primarily thought of as a Batman baddie, there are plenty of examples of Ivy battling against other heroes beyond Gotham. Let’s check them out! 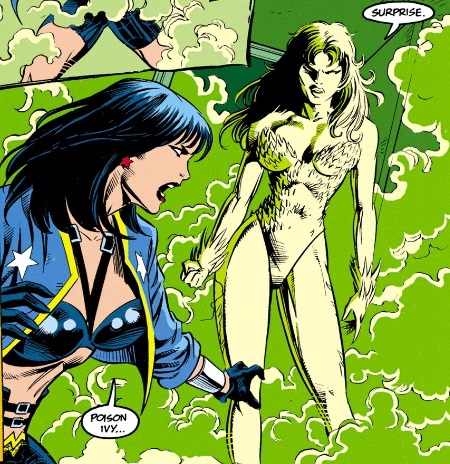 We’ve discussed before how the Amazon Princess and Ivy have tangled in the pages of World’s Finest. That story ended with Ivy falling down a waterfall to what looked like a watery grave. Stunningly that didn’t prove to be the case, and in Wonder Woman vol.2 #94-#95, Batman’s poisonous nemesis returned to battle Diana on the orders Julie Sazia – the widow of a mob boss who vied for power against Paulie Longo, who at the time had Wonder Woman under his payroll as a personal bodyguard. Teamed up with the deadly assassin Cheshire and the Cheetah, the three managed to poison Diana and knock her out. However, they underestimated Diana’s resilience to poison, and she soon reengaged them in battle. While Wonder Woman was making mincemeat of Cheshire, Ivy fled the losing battle with her skin intact and her assassin’s fee already advanced to her.

Ivy vs. the Justice League of America 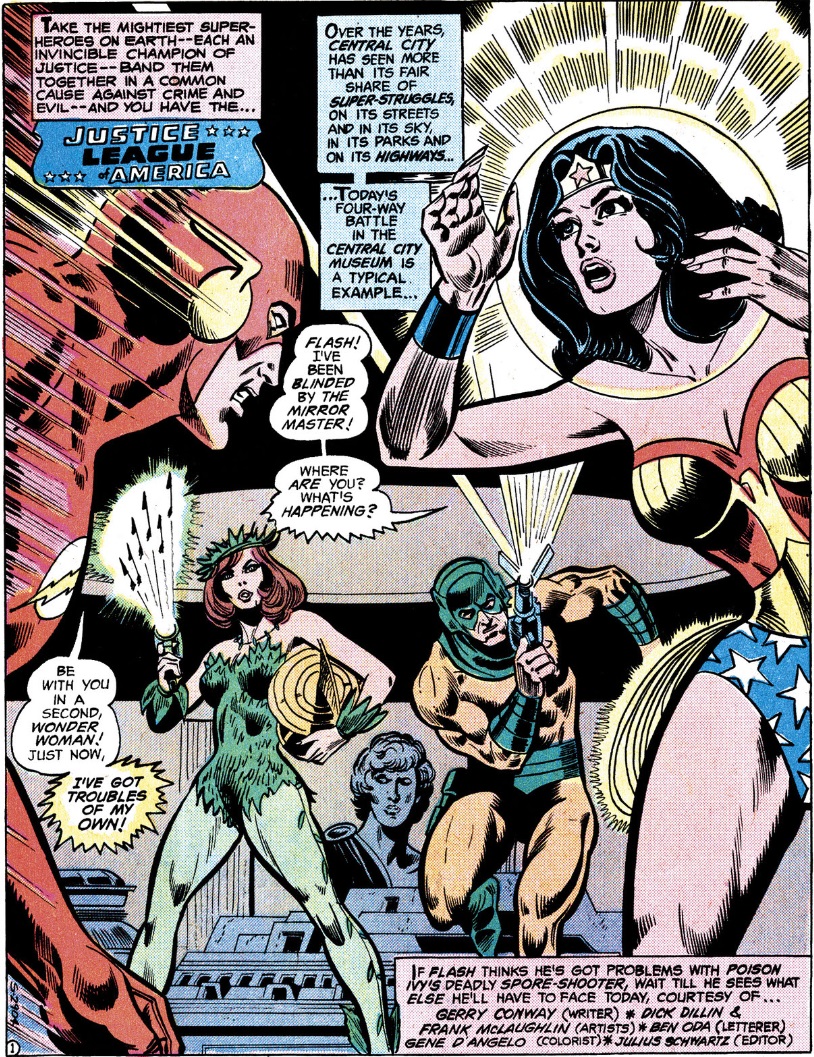 Many of Batman’s villains prefer to work alone. Their personal manias prevent them from being team players, and history has shown that they all have a penchant for double-cross. However if we’re going by history, the Batman rogue with the longest track record of teamwork is Poison Ivy, as she was one of the original members of the Injustice Gang of the World. In Justice League of America #111, the team assembles on the Injustice Gang Satellite just opposite of the JLA Satellite. Justice League #143 sees Ivy and the Scarecrow miss the good old days of hanging around their own headquarters in space, and the two ponder regrouping the team. The team is brought back again in issue #158, where Ivy tries taking on Aquaman, which goes about as well as one can expect. Over the years Ivy would rejoin the team less and less to the point where it barely became a footnote in her career. Sh'se had better results with the Gotham City Sirens. 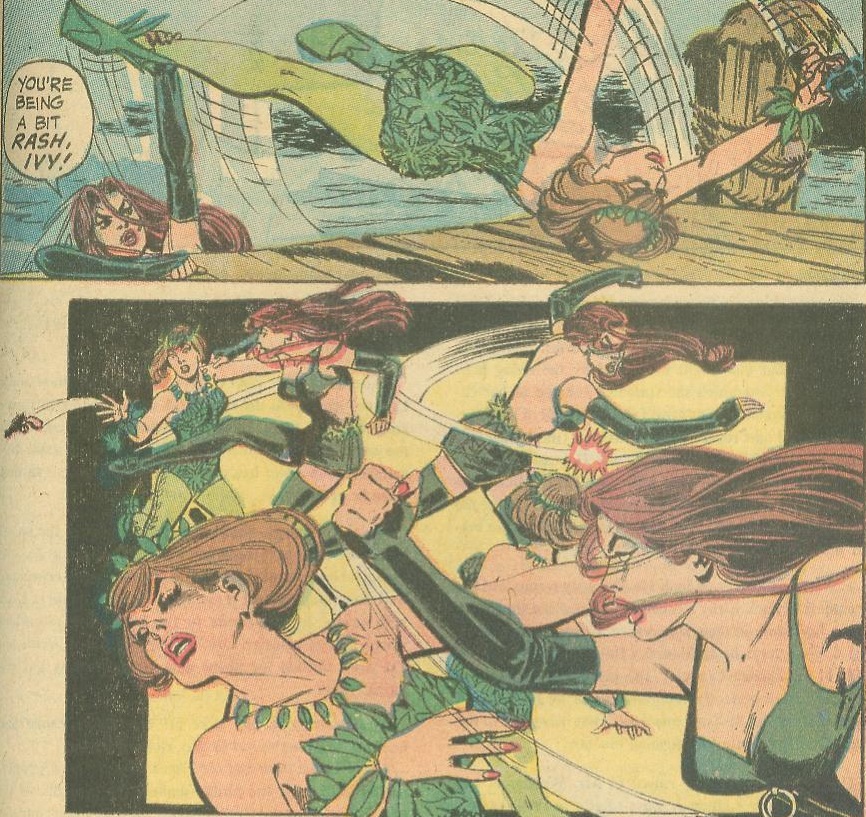 In Superman’s Girlfriend Lois Lane #116, Ivy teams up with members of the criminal organization The 100 to pool their resources to destroy both Batman and The 100’s sworn enemy, Thorn. Their plan involves an alien computer which provides foolproof schemes, with one of these computerized plots involving a mad sculptor trapping Thorn in a case of molding liquid. Weirdly, the computer is unable to comply with the murder attempt, and sacrifices itself to save Thorn’s life. Thorn snaps back into action and beats the stuffing out of Ivy, denying her of her chance to use the computer against Batman. 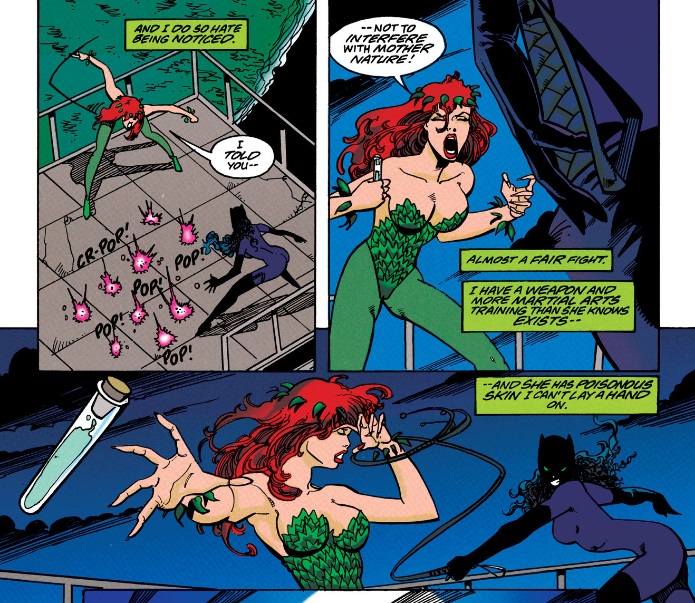 When Gotham City was besieged with a 7.6 earthquake during the Cataclysm saga, Gotham’s guardians were splintered across several locations, desperate for help and trying to help others. Catwoman came across Poison Ivy, who had coerced a Wayne Tech employee to advance development on a new sprout-based toxin that she’d invented which would take advantage of the city’s uprooted streets. The two fight over a rooftop, and the toxin splashes onto Ivy’s skin, poisoning even her already noxious bloodstream. Despite the pain and the threat of dying, Ivy begs Catwoman to make sure the toxin spreads throughout the city. Selina doesn’t oblige her and turns her into the GCPD. 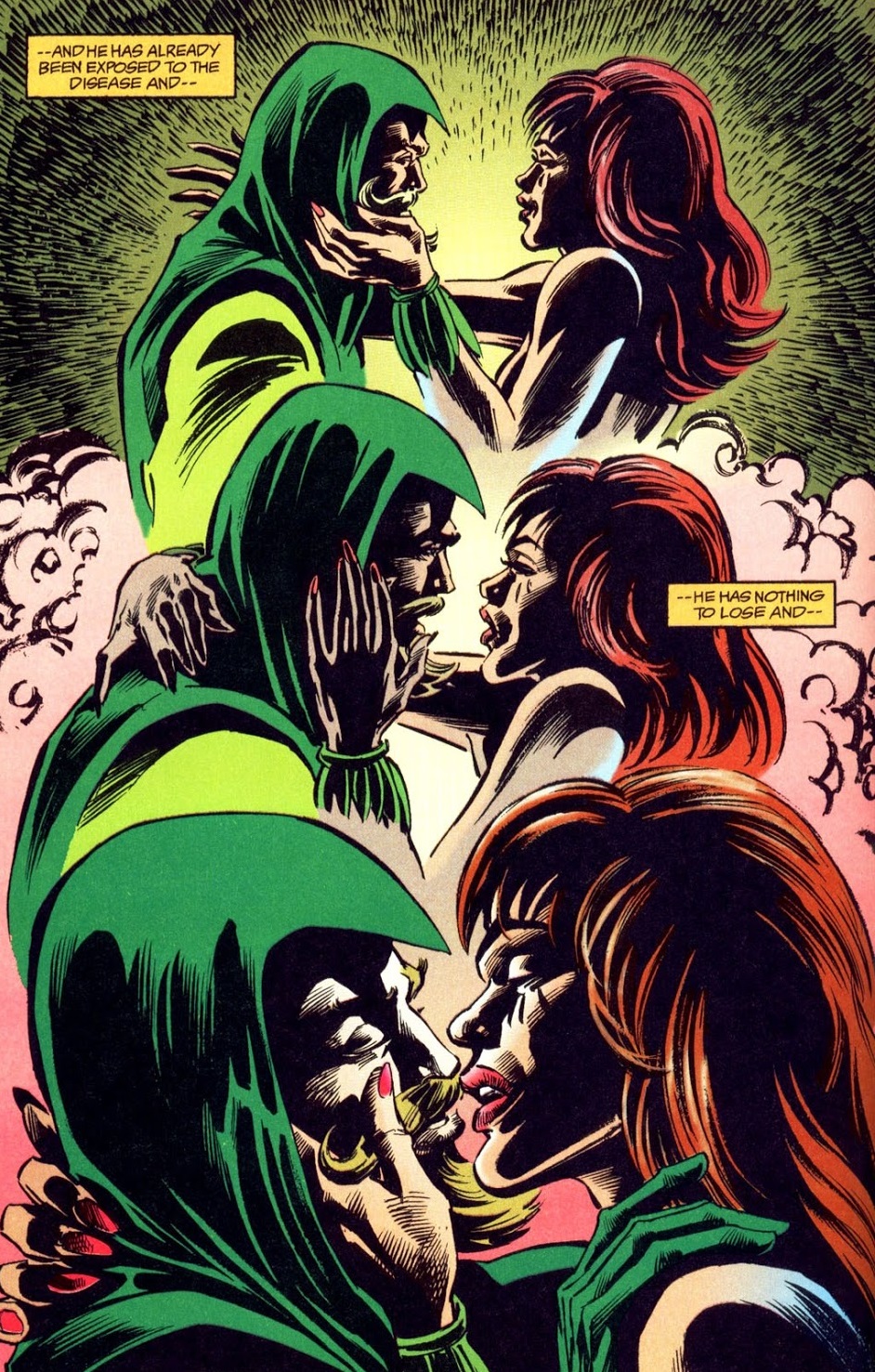 In Batman/Green Arrow: The Poison Tomorrow, the two crusaders join forces when Dinah Lance had fallen into a coma after being bitten by a disease-infected man. Batman quickly deduces Ivy to be behind the poisonous scheme, and discovered she had influenced a businessman with what he thought was a new pharmaceutical medicine, but was really one of her new deadly poisons. When Green Arrow confronted her and nearly succumbed to her seduction, she told him that there was no cure to be found. Ivy appeared to perish in an explosion (yeah, right). But, fortunately for Green Arrow, Batman deduced the secret to the toxin’s antidote was bone marrow, and Dinah ended up making a full recovery.

What other heroes should Poison Ivy set her sights on? Let us know in our Community!