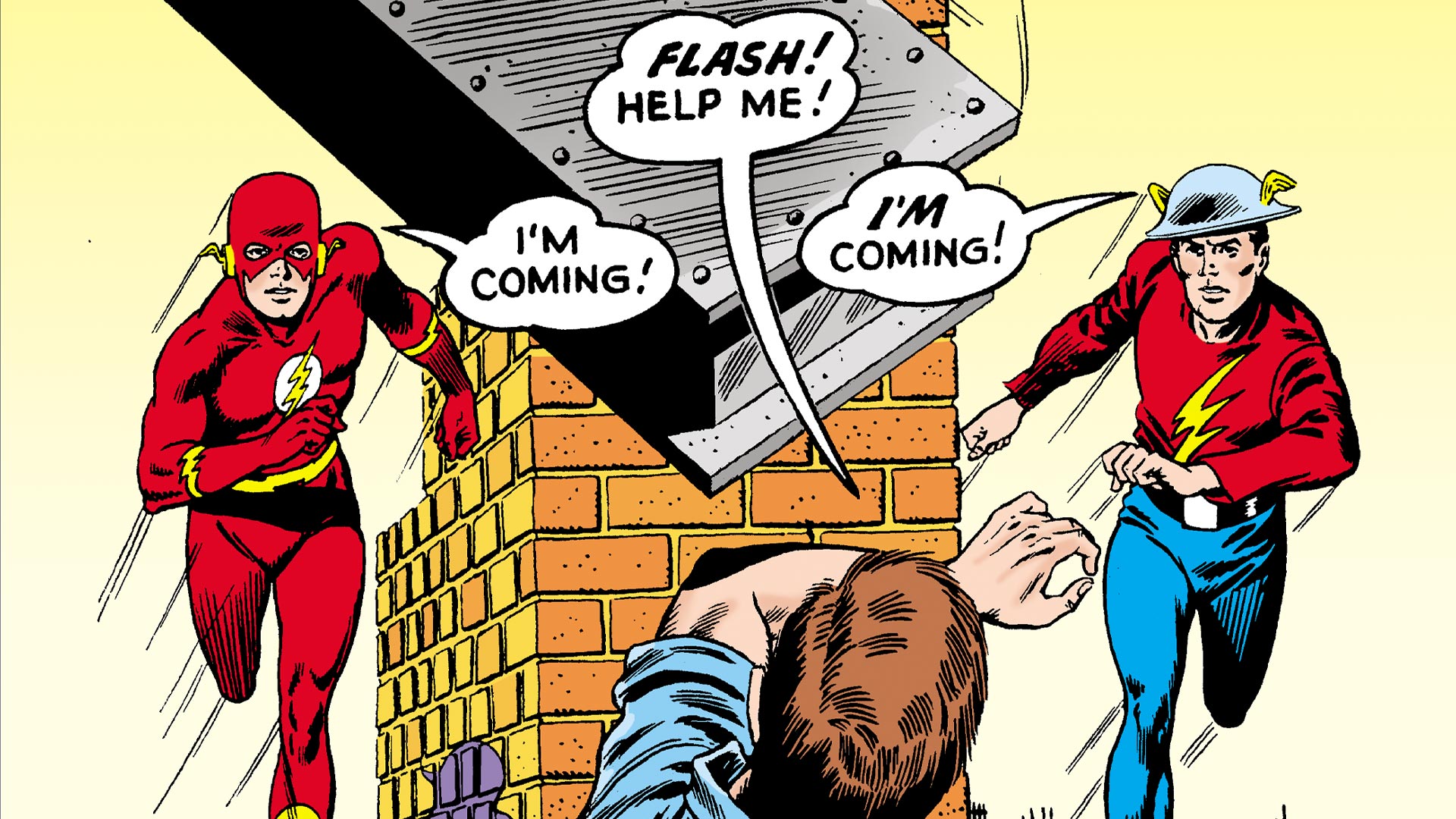 5 Times The Flash Met The Flash

The Crisis on Infinite Earths crossover made history recently when Grant Gustin’s Arrowverse Flash met up with Ezra Miller’s DCEU Flash. This isn’t the first time The Flash has met himself (or a version of himself). He’s done it many times over the years and didn’t need a meditation app to do so. Let’s look back at 5 memorable times The Flash met The Flash! 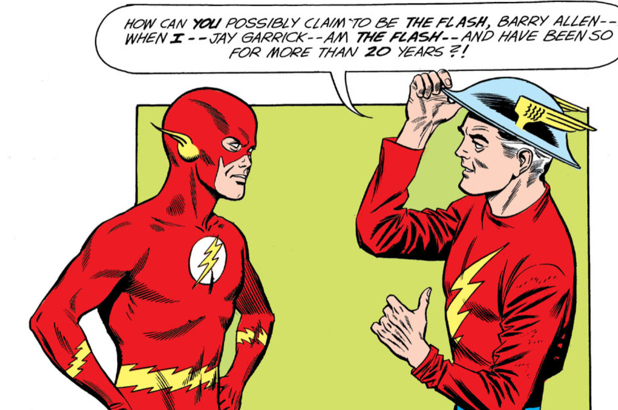 The first historic meeting happened in 1961’s The Flash #123, where Silver Age Barry Allen met the Golden Age Flash, Jay Garrick. Retconned to be from the parallel Earth-Two, Jay Garrick and the Justice Society of America were still able to make guest appearances with their Silver Age companions at the same time as the Golden Age heroes were taking center stage.

In this historic issue, Barry Allen tries to impress children at a magic show with a magic trick (they’re illusions, Michael!), but in doing so he transports himself to Keystone City on Earth-Two! He meets a retired Jay Garrick and together they take down the Thinker, the Shade, and the Fiddler, all of whom think they’re seeing double. Afterwards, Jay comes out of retirement knowing that the world always needs a Flash. 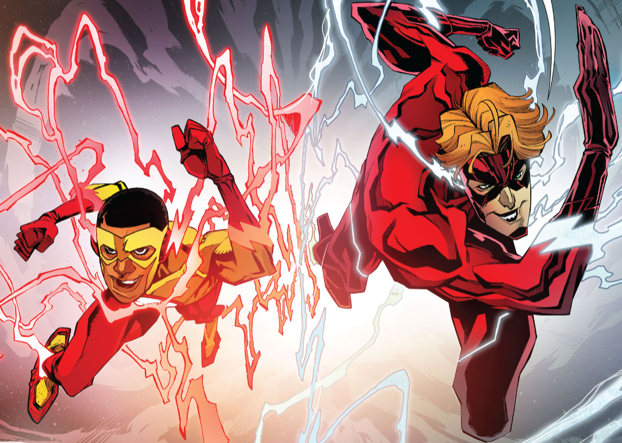 2016’s The Flash #9 paid direct homage to the iconic first meeting of the Flashes with a story titled “Kid Flash of Two Worlds.” In this issue, the original Wally West meets Rebirth’s Wally West.

Their meeting confuses Barry, who suddenly remembers a future that has been erased. It sends him into a frenzy. The two Kid Flashes save Barry from being absorbed into the speed force. In a tender moment, the Original Recipe Wally gives helpful advice to the new Wally about being The Flash’s partner.

Although it’s a little confusing because they share the same name, it’s mostly a simple and sweet story about family (they’re cousins after all) and friendship, and teases the future while passing the baton to the new Wally. 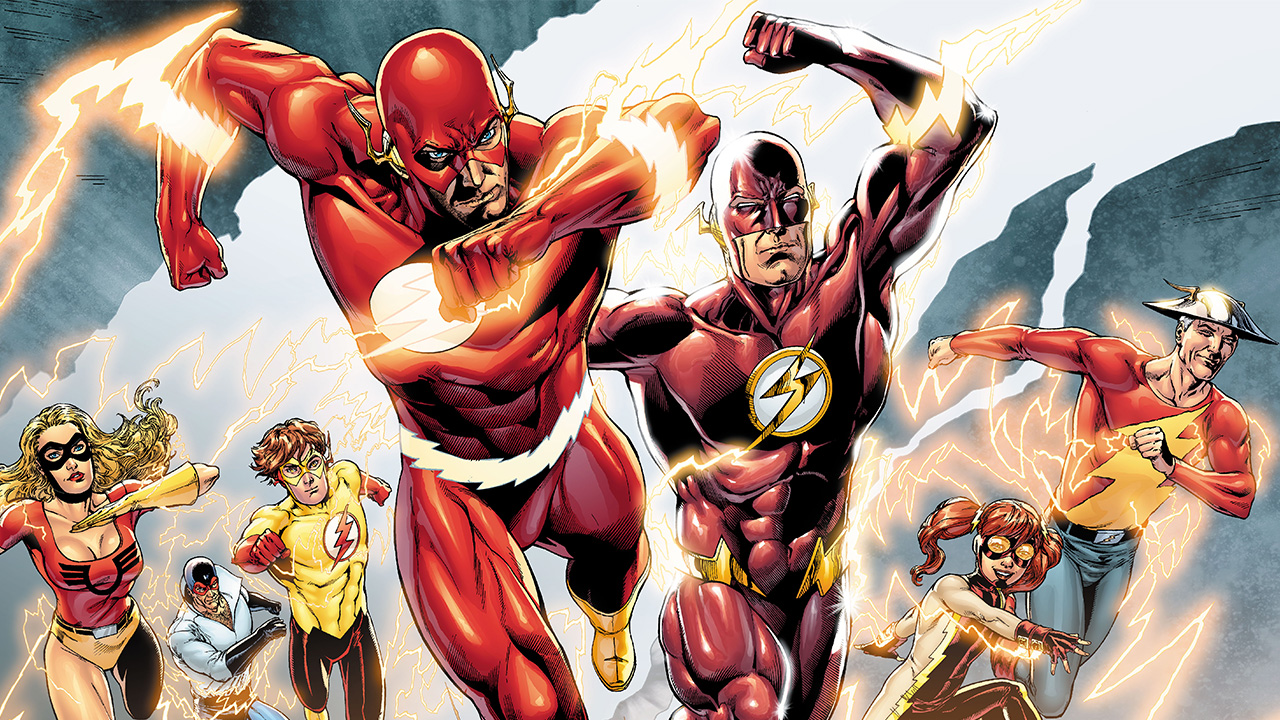 Barry Allen returns! After his death in Crisis on Infinite Earths, Barry Allen was found racing through time chasing the bullet that killed Orion. He appeared from a portal in Metron’s chair and back into the main universe in The Flash: Rebirth. While catching up with Wally and Jay, Barry becomes the new Black Flash.

They quickly rescue Barry, just in time to find the Reverse Flash is behind all of this. Wally and Barry team-up to defeat him and Barry is welcomed back into the main continuity- which now is a World of Two Flashes. 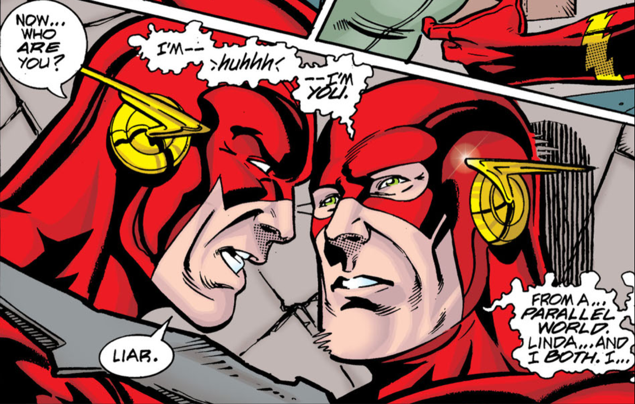 Another Wally West?! Introduced in The Flash #152, Walter West was from a parallel timeline that mirrored Wally’s. Their paths diverged when Wally was able to save his girlfriend, Linda, while Walter was not. This difference sent Walter down a darker path and he became the Dark Flash.

Their worlds converged and Walter takes Wally’s place on his Earth bringing a new brand of justice with him. The Dark Flash’s violence comes to an end when he and Wally merged together to defeat Kadabra. Afterwards, Walter came to terms with his inability to save Linda, while Wally learned a few (non-lethal) tricks from Dark Flash. 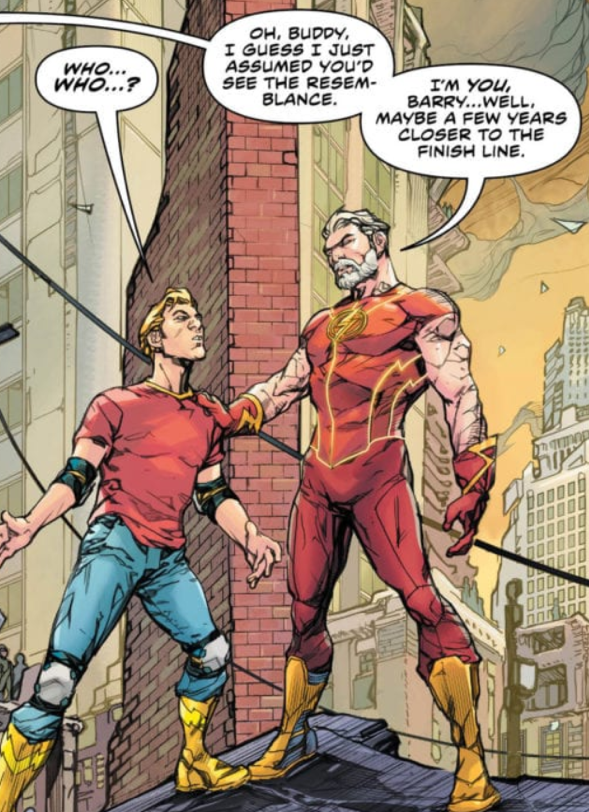 In 2019’s The Flash #71, Year One Barry meets himself… from the future! While testing his new speed powers, Young Barry runs into the future that has been taken over by the villainous Turtle. Older Barry is waiting for him and explains the time paradox they’re stuck in. He’s able to send Young Barry back to his own time using the Cosmic Treadmill.

Young Barry trains and perfects his new powers just in time for the Future Turtle to come back in time using Older Barry. Despite Older Barry saying his efforts are futile, Younger Barry unleashes his powers and saves the day, skipping the time paradox and trapping Future Turtle in a separate timeline. Talk about time management!

What's your favorite multi-Flash story? Let us know in our Community!