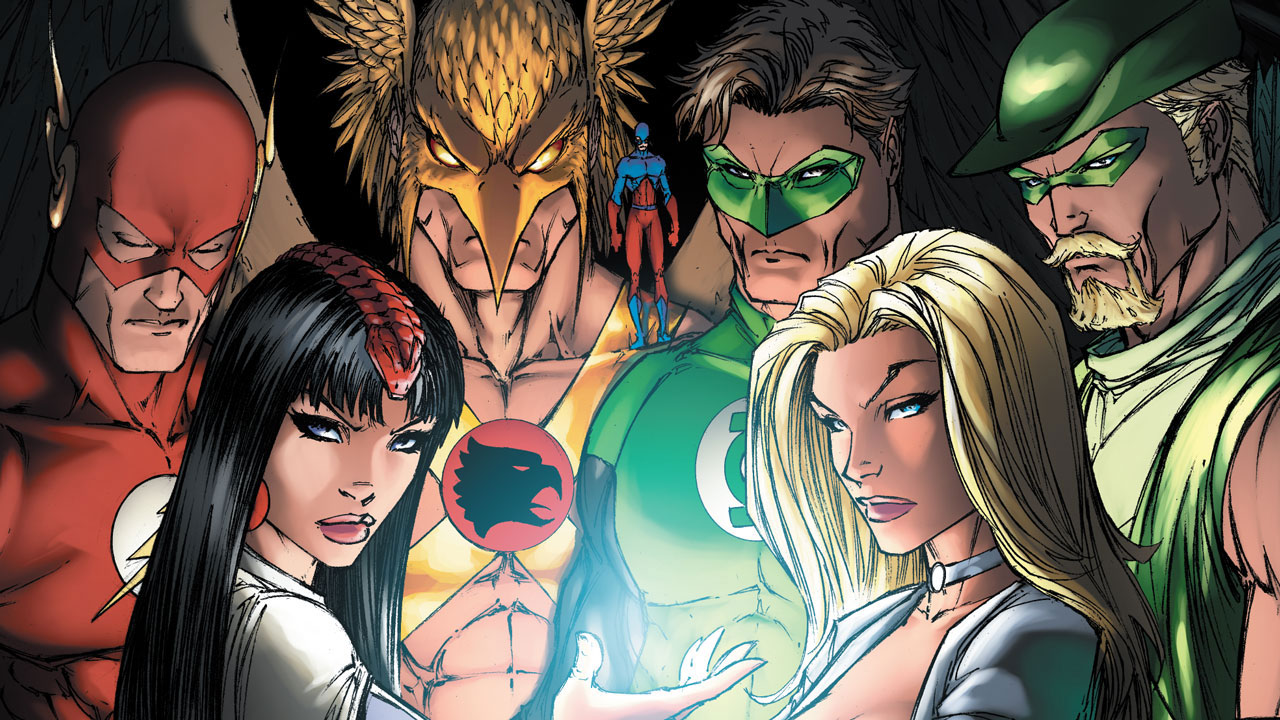 In the fight for justice, how are lines drawn between right and wrong? Superheroes battle evil outside the law, but their presence is justified by the often world-ending threats they face. Their powers and abilities serve to protect human life and keep society on an even keel, relatively speaking.

But the age-old question when it comes to power is how to use it responsibly. The DC heroes are mostly human, and, like any human, can make mistakes. Sometimes it’s understandable, other times the universe is nearly destroyed and the timeline gets ripped apart. Here are five times DC's heroes did the wrong thing for the right reasons. 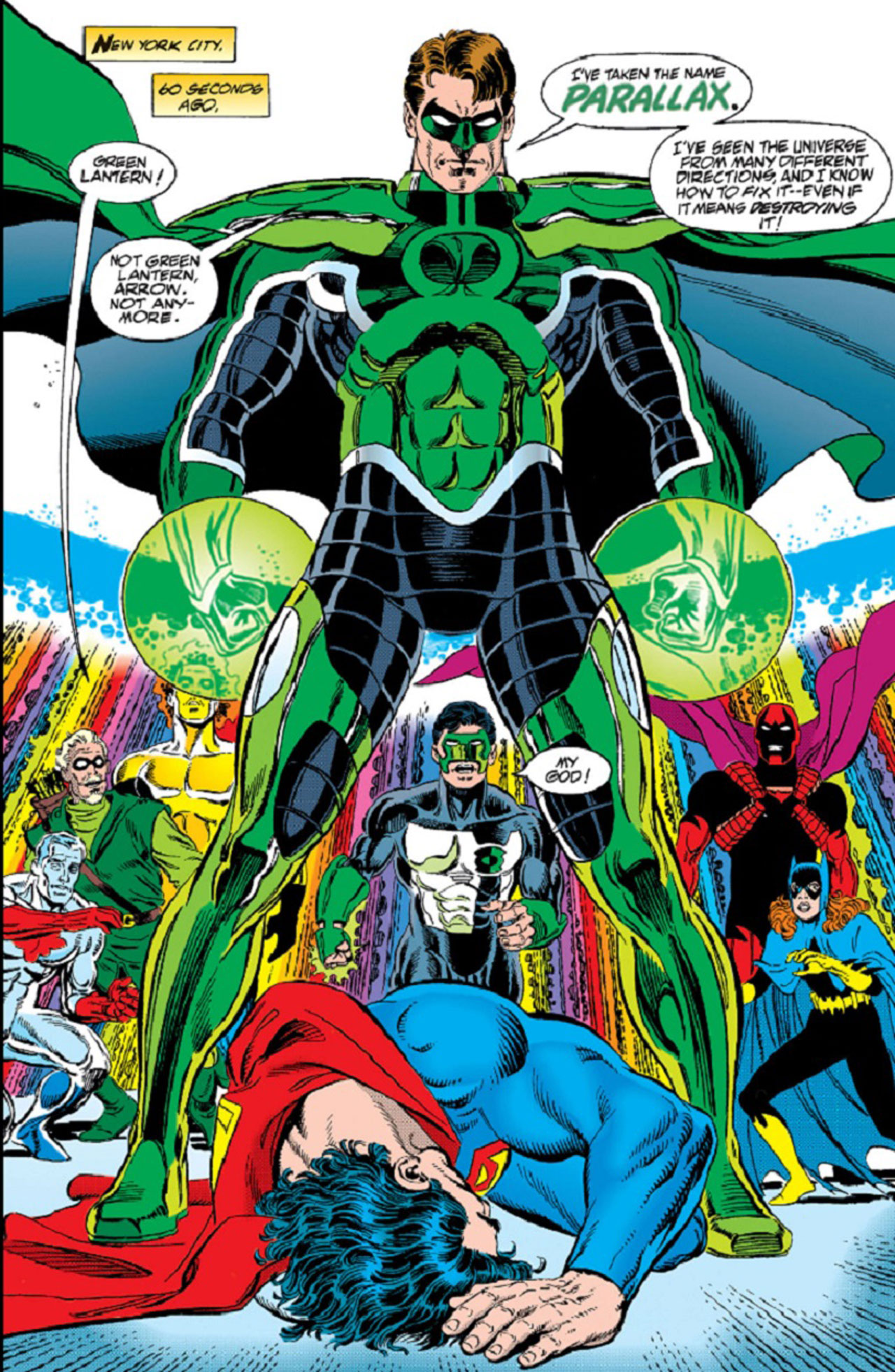 A lot happened to DC's champions in the '90s, but perhaps none suffered a loss more tragic than Hal Jordan. In the aftermath of the "Return of Superman" storyline, a scheme by the villain Mongul annihilated Coast City while the Green Lantern was off-world. Grief-stricken, Hal Jordan usurped the powers of the Green Lantern Power Battery and became the cosmic despot Parallax. He disappeared for a time, but during the "Zero Hour" crossover event, he revealed himself as the mastermind behind the various time shifts and continuity errors that had been occurring throughout the DC Universe. Hal intended to fix these errors by making every timeline co-exist, a plan that would result in cataclysmic temporal disasters. Only through the efforts of Waverider, the Spectre, and Earth's remaining heroes was he brought down and the timeline (somewhat) restored. It was later revealed that Hal was a victim of an alien parasite, but that’s a story for another time… 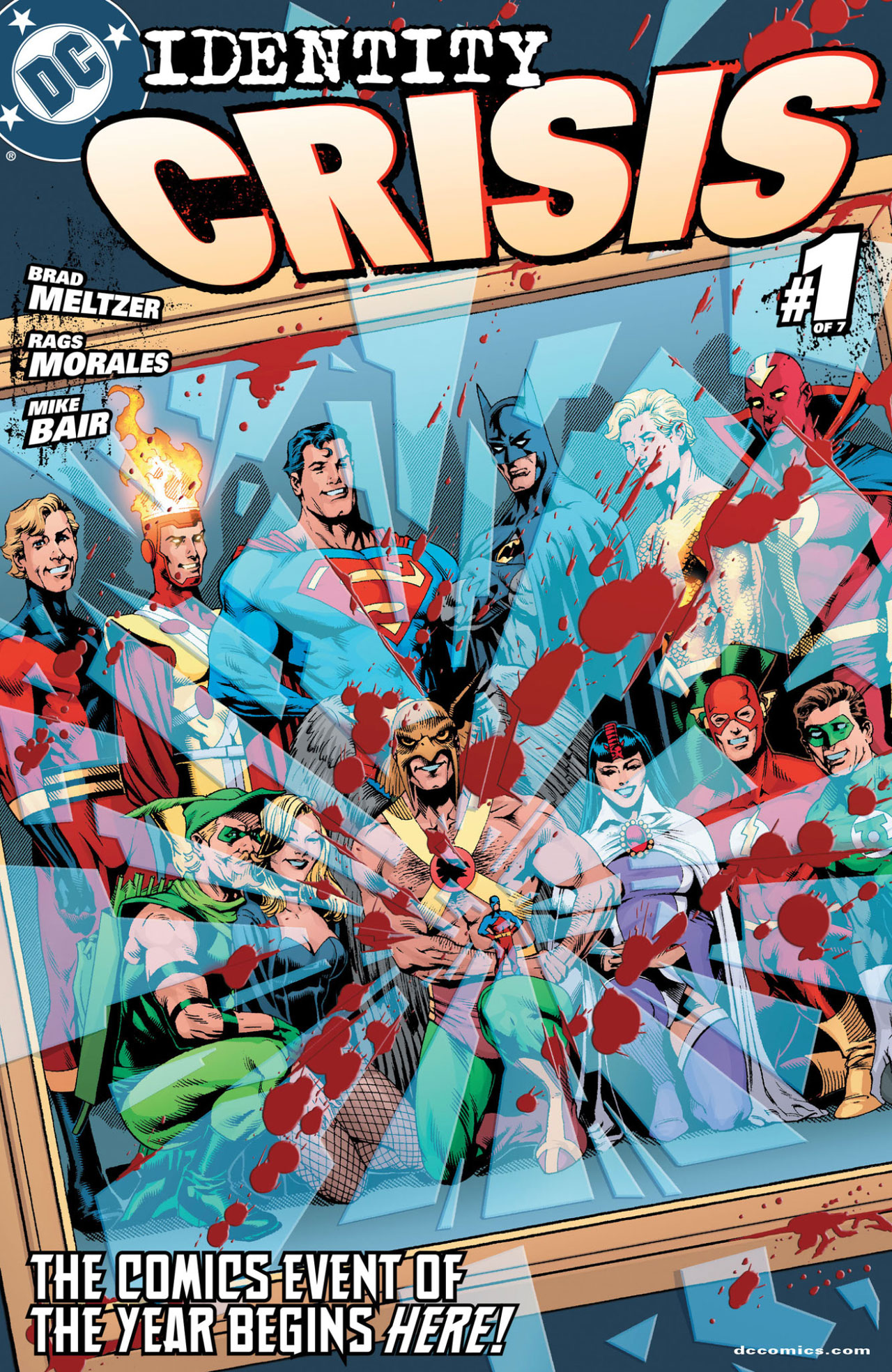 One of the most controversial DC Comics stories of the new millennium, Identity Crisis revealed secrets that would rock the very foundation of the Justice League. After the murder of Elongated Man’s wife Sue Dibny, a small group of Leaguers go after Dr. Light, unknown to Superman and the others. Green Arrow tells Flash that, years ago, Dr. Light broke into the JLA's satellite headquarters and attacked Sue. To ensure that nothing of the sort would happen again, a vote was taken to not only erase his memories of the event, but to rearrange his personality to make him less of a threat. Unfortunately, Batman happened upon their mindwiping of Light and attacked in anger. The desperate Leaguers elected to erase Batman’s memories of their actions. This event was kept secret for years, until the lead-up to Infinite Crisis, when Bruce learned of his brainwashing and grew paranoid of his friends in the superhero community. But Green Arrow maintains that keeping the integrity of the JLA, even under false pretenses, was the right the to do.

3. Bruce Wayne Picks the Wrong Man to Replace Him 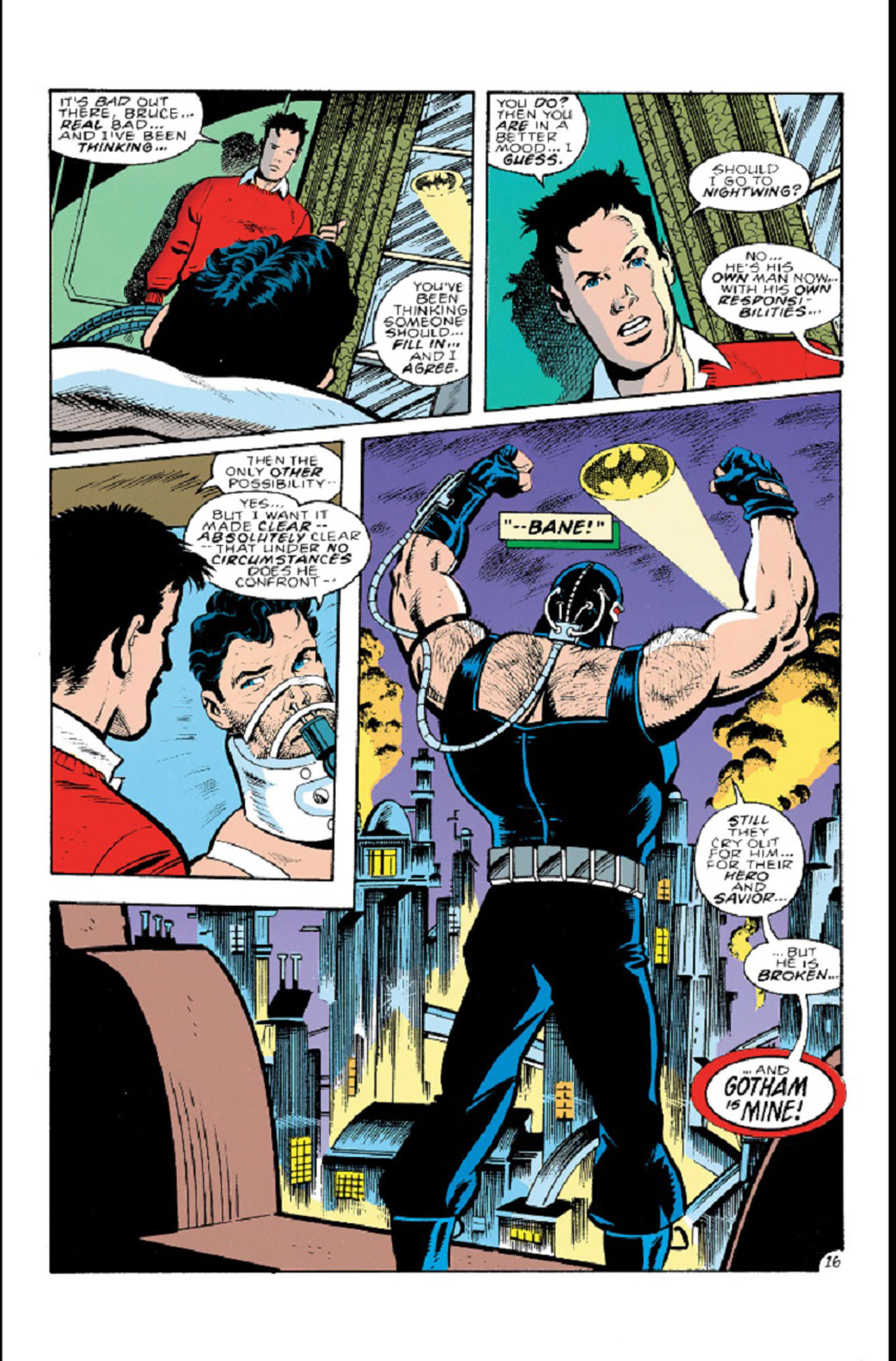 In the best-selling storyline "Knightfall", the criminal mastermind Bane destroyed Arkham Asylum, forcing Batman to battle all of his enemies. Once Batman was at the end of his physical and mental rope, Bane attacked him in Wayne Manor and broke his back. While Robin and Alfred worked to keep Bruce alive, Bane conquered Gotham City.

When Bruce regained consciousness, he and Tim discussed a successor to keep Gotham's remaining crooks at bay. Tim assumed Nightwing would get the call, but Bruce – not wanting to interfere in his ward’s adult life – appointed Jean-Paul Valley. Already unstable from the mental conditioning that made him Azrael, Valley quickly proved to be a disastrous choice. With no sense of honor or heroism, he went o a violent rampage that proved too much for both Bane and Gotham. By the time Bruce was ready to take back the mantle, Valley had transformed from an ally into a villain darker than anything Batman had battled before. Nice choice there, Bruce! 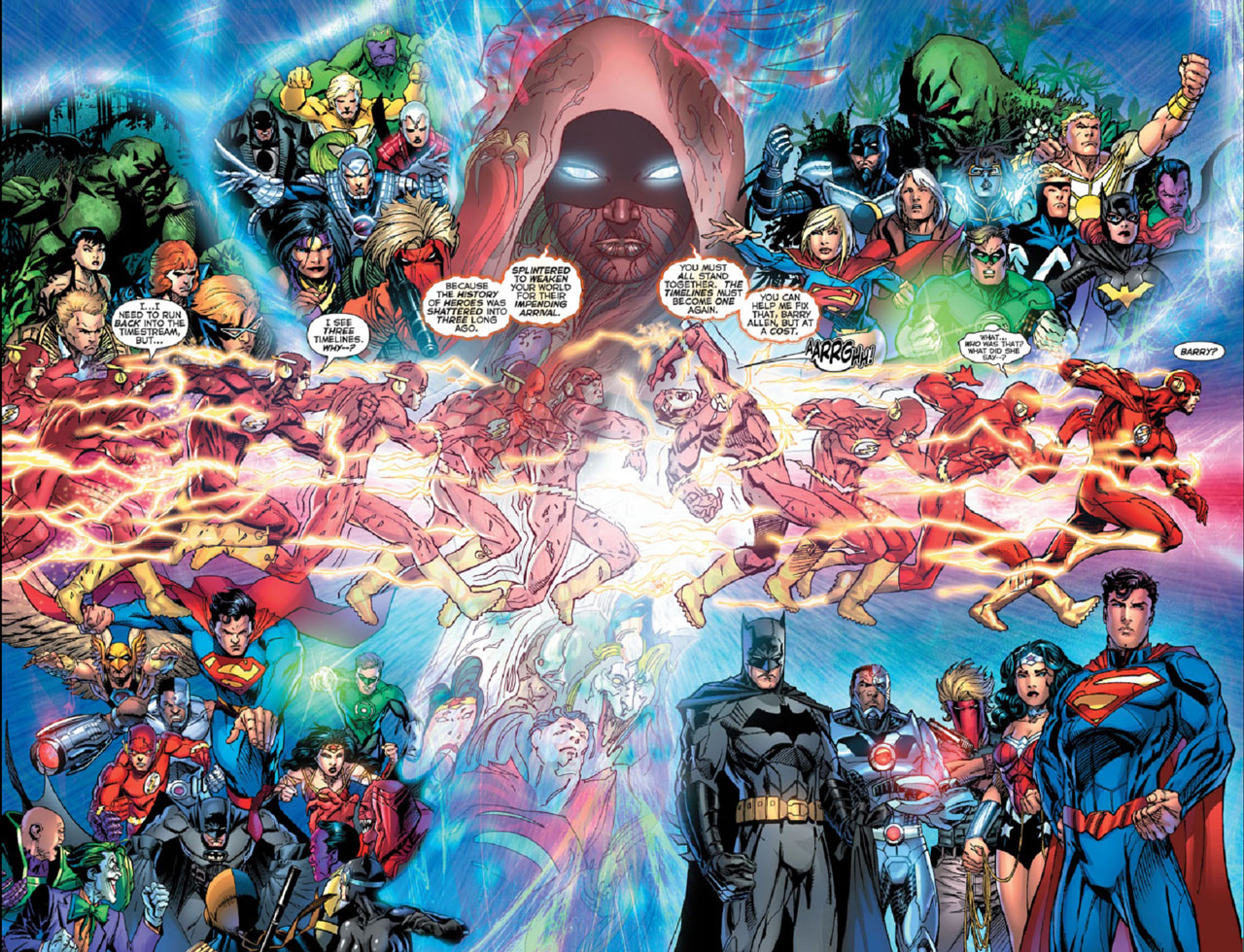 It’s now a meme that anything wrong with a particular story’s events is due to a fudging of the timeline, usually by the Flash. That's owed to the universe-changing 2011 story Flashpoint which altered not only the Flash’s world, but all of DC Comics.

In Flashpoint, we learn that Barry Allen’s archnemesis the Reverse-Flash traveled back in time to murder his mother and frame his father. To prevent this, Barry ended up creating a radically new timeline -- one in which he is not the Flash, Thomas Wayne is Batman, and the world’s superheroes are global powers on a collision course to destroy the planet. Barry must restore both his powers and the timeline, but should he choose a world in which his mother is dead or a world in which the heroes cause the apocalypse? No stone is left unturned, as the resulting timeline is that of DC's New 52 era, which saw numerous characters and events reimagined. Subsequent stories, including Doomsday Clock, further explain how the timeline was reformatted, but it remains that Barry Allen’s actions, noble to some and selfish to others, caused the whole of the DC Universe to change forever. 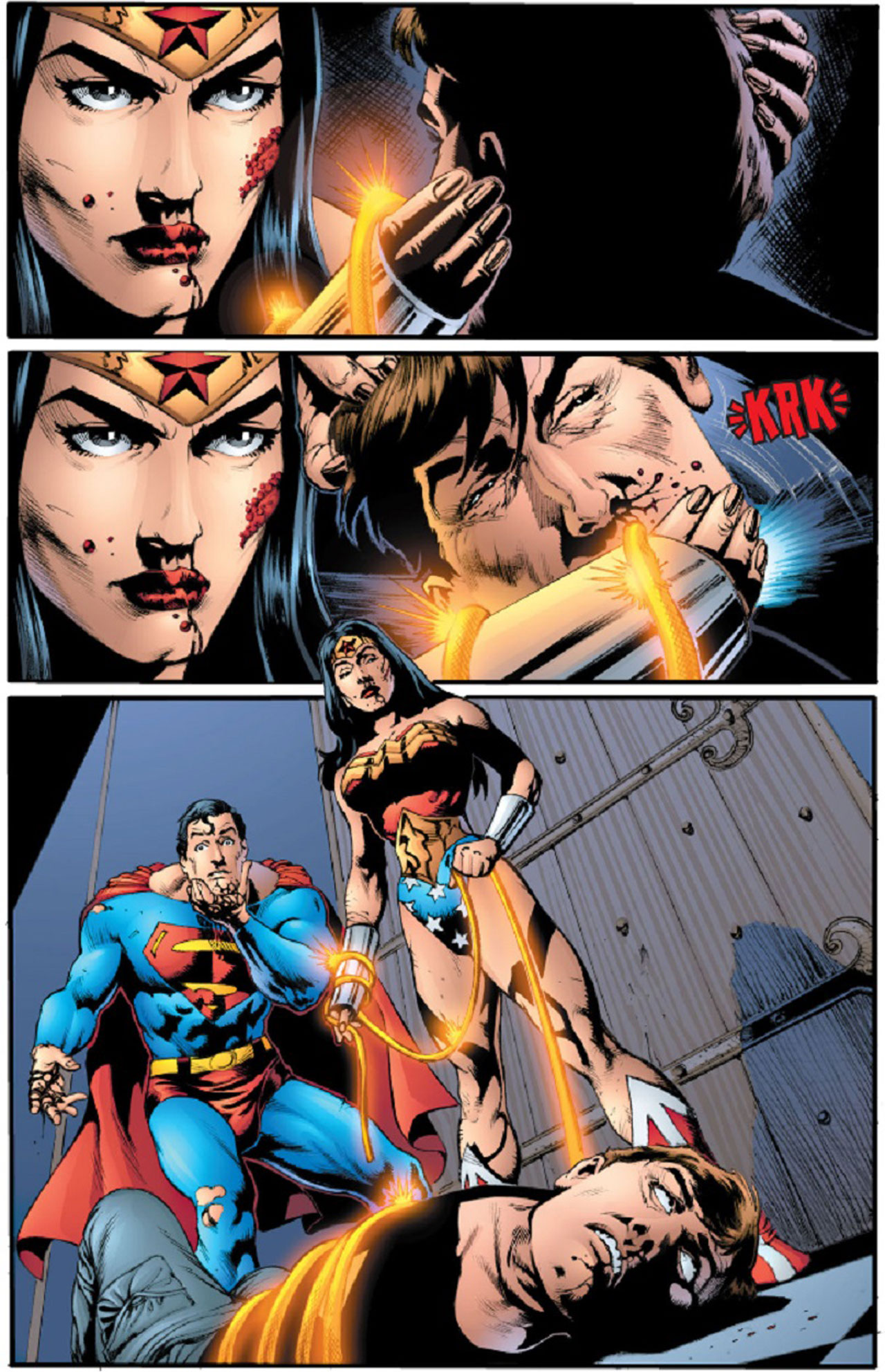 Every entry in this list proved controversial to fans, and the killing of Maxwell Lord by Wonder Woman’s hand is no exception. In the lead-up to Infinite Crisis, Blue Beetle had unearthed a plot by former Justice League liaison to the government Maxwell Lord to ruin the superheroes' reputations and destroy them. Lord killed Beetle for attempting to expose him, and his evil plans only increased from there. With his telepathic powers, he brainwashed Superman into thinking Lois Lane had been murdered, which sent him into a fury. Diana fought to help him, but the battle took too high a toll on both heroes. In a moment of respite, Diana subdued both Superman and Lord, and – with the power of her magic lasso – demanded that Lord relinquish his control. When he refused, Diana chose to kill him.

This sent shockwaves around the world, as unbeknownst to her, Lord had broadcasted their confrontation across the planet. Diana was labeled a killer, and her friendships with Superman and Batman were severely strained, as the Trinity had historically maintained a code of no-killing.

Do you agree with these actions taken by DC heroes for the greater good? Let us know in our Community!