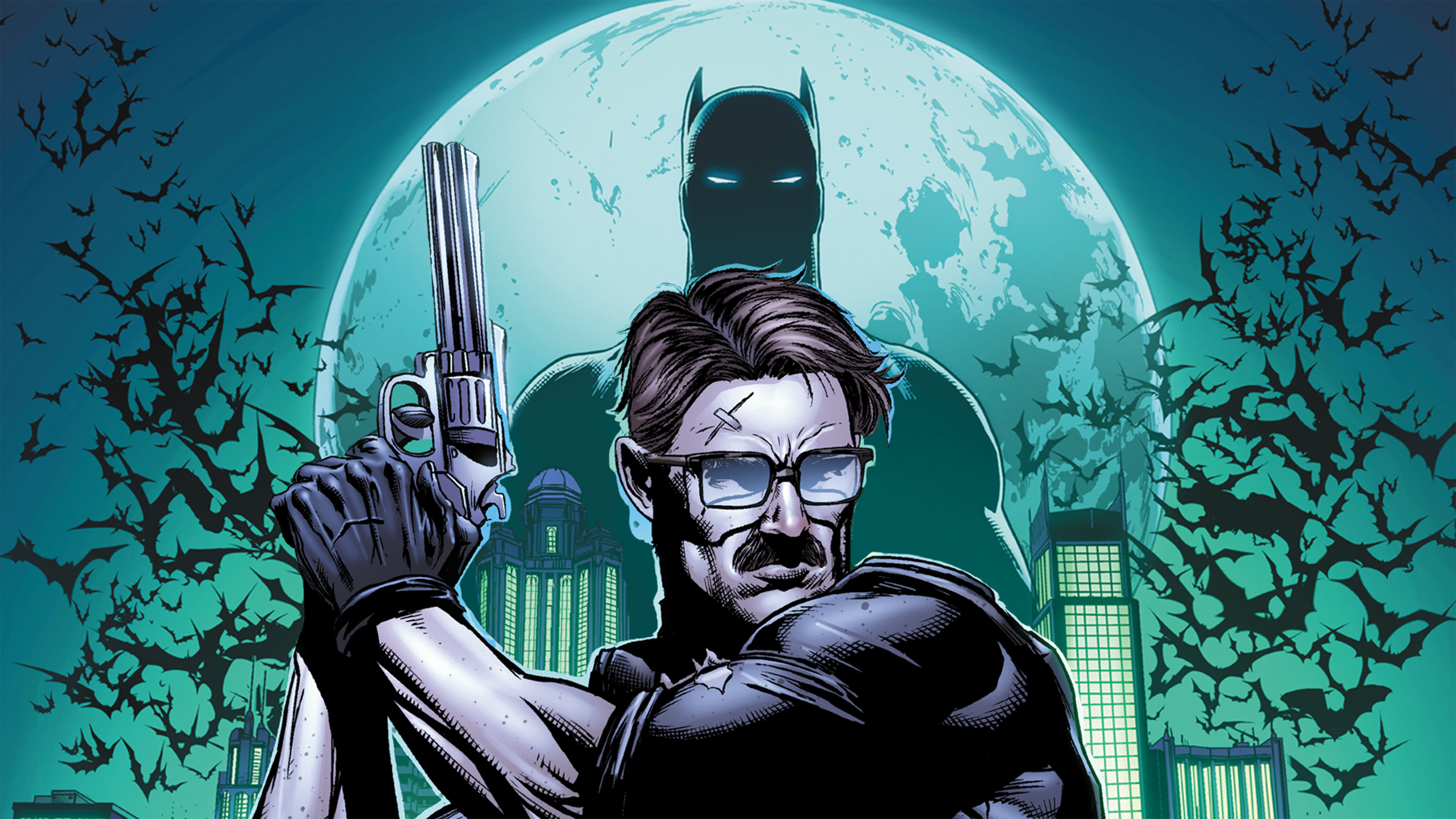 Outside of the elite few who have seen the exclusive sub-basement level of Stately Wayne Manor, there’s nobody Batman trusts more than Gotham City Police Commissioner James Gordon. Before Alfred or Robin, or technically before even Thomas and Martha, Jim was a part of Bruce’s life from the very beginning, in their first panel together of Detective Comics #27. Over the past 80 years, we’ve been shown time and again exactly why James has earned such an elusive prize as Batman’s trust: because every time Gotham demands it, no matter how difficult the path may be, Jim Gordon has always risen to the occasion to protect the heart of Gotham City from threats both without and within. In an ideal world—a world which wouldn’t need Batman at all—every law officer would have the honor, integrity, and drive of James Gordon to keep the peace and the people’s justice. But until we find ourselves in that world, at least there’s Jim. Here, then, are five of the finest hours in James Gordon’s career, where he showed every citizen of Gotham and beyond exactly the kind of man he is. 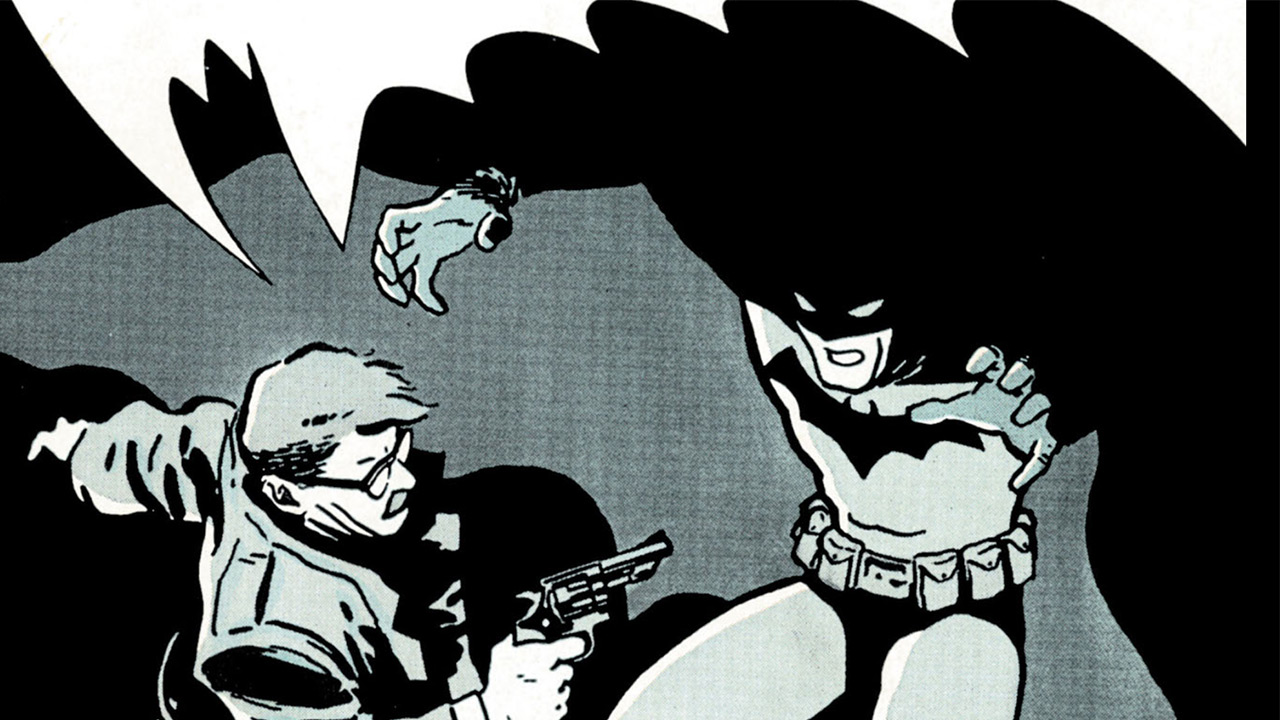 This must-read entry in the Dark Knight canon may have Batman’s name on the marquee, but it’s just as much a Commissioner Gordon story. All four issues are narrated by Gordon, a newly arrived lieutenant in Gotham City who discovers just how badly the deep seated corruption needs honest men like him — and how much he and Batman need each other. Together, Jim and Batman form their first alliance by making waves which reverberate to the very top of government in Gotham City. As James’ unflappable honesty and determination rise him through the ranks of a reluctant system, those who use the power of authority to oppress others while lining their own pockets would sleep ever more unrestfully, knowing for all but certain their day would come. 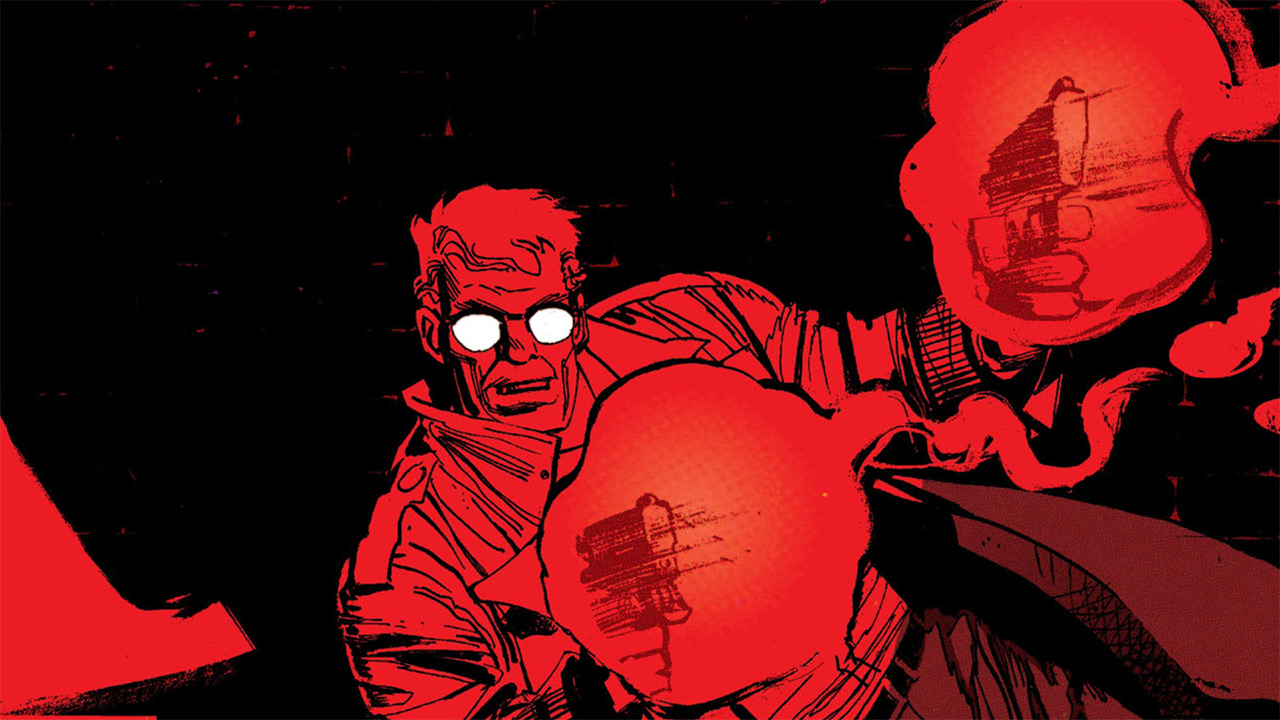 As Gordon grew in power within the GCPD, he learned how to identify the people he could trust, and to whom he could delegate — whether that be Batman, or the Major Crimes Unit of Gotham Central. But when corruption festers to the point where no cop can be trusted, Jim Gordon gets out from behind the desk and hits the streets. That’s precisely what happens in Gordon’s Law, when evidence suggests that a robbery with dozens of casualties was perpetrated by members of the Force. With informants killed in prison before they can speak and a conspiracy that spirals every which way, Gordon takes direct responsibility for the evil perpetrated by his organization to find the culprits himself. Because some matters have to be settled in house. 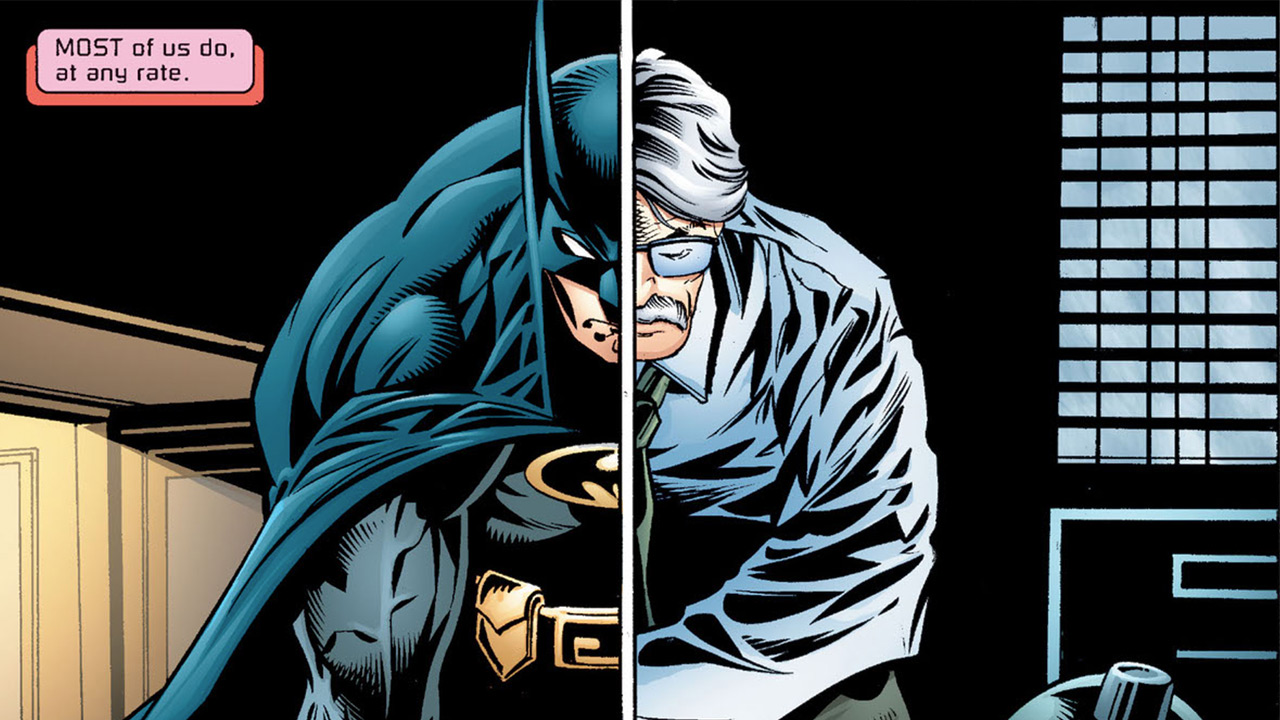 The events of No Man’s Land were perhaps the darkest in Gotham City’s history, both literally and figuratively. A plague, an Earthquake, and a government quarantine had cut Gotham City off from the rest of the country as resources dwindled and territory was carved up by roving gangs headed by manic Super-Villains. Without any way to organize, the Police were helpless to do little more than protect themselves, sequestered within the walls of the GCPD — until Gordon rallied the troops. Drawing from an astounding reservoir of courage, Gordon brought Gotham’s Finest to war on the twisted, broken city’s own terms. If gang warfare was the rule of law, then the GCPD would become a gang. And they’d be the best at it. And to everyone’s surprise, this bold change in strategy actually began restoring order to the battered Gotham City… though it resulted in the poor commissioner paying a dear price which would haunt him for the rest of his days, and one which withdrew him from the Force for some time. But Gotham will always need Gordon- perhaps more so than Batman himself. And in the aftermath of 52, Jim returned to his rightful place as Commissioner. 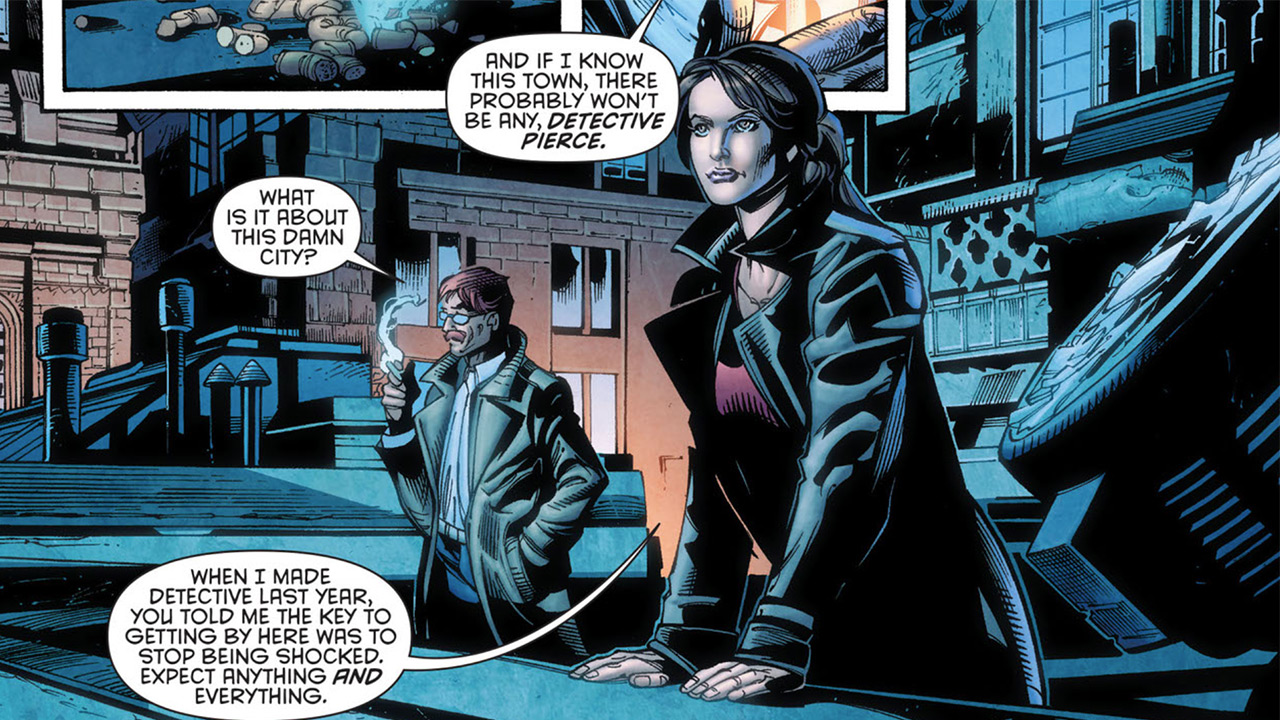 There came a time when Evil won. After the massive chaos of Trinity War, the Crime Syndicate of Earth-3, comprised of evil doppelgangers of our own Justice League, emerged into our world in a campaign to spread their villainy through the multiverse. The heroes of our world were summarily banished into the Firestorm Matrix, and the entire planet sunk into a No Man’s Land of its own. As the walls of Arkham broke open in the ensuing frenzy, there was no Batman to keep order. No Nightwing, no Robin. All that stood between the good citizens of Gotham and certain death was old Jim Gordon, desperately holding the line and giving his people the time to evacuate — a chance they never got in the NML. Perhaps this time, a more experienced Gordon was prepared for what could be on the way. It’s impossible to tell just how many lives Gordon saved during that bleak chapter. But one thing’s for sure: Batman couldn’t have done a better job himself. 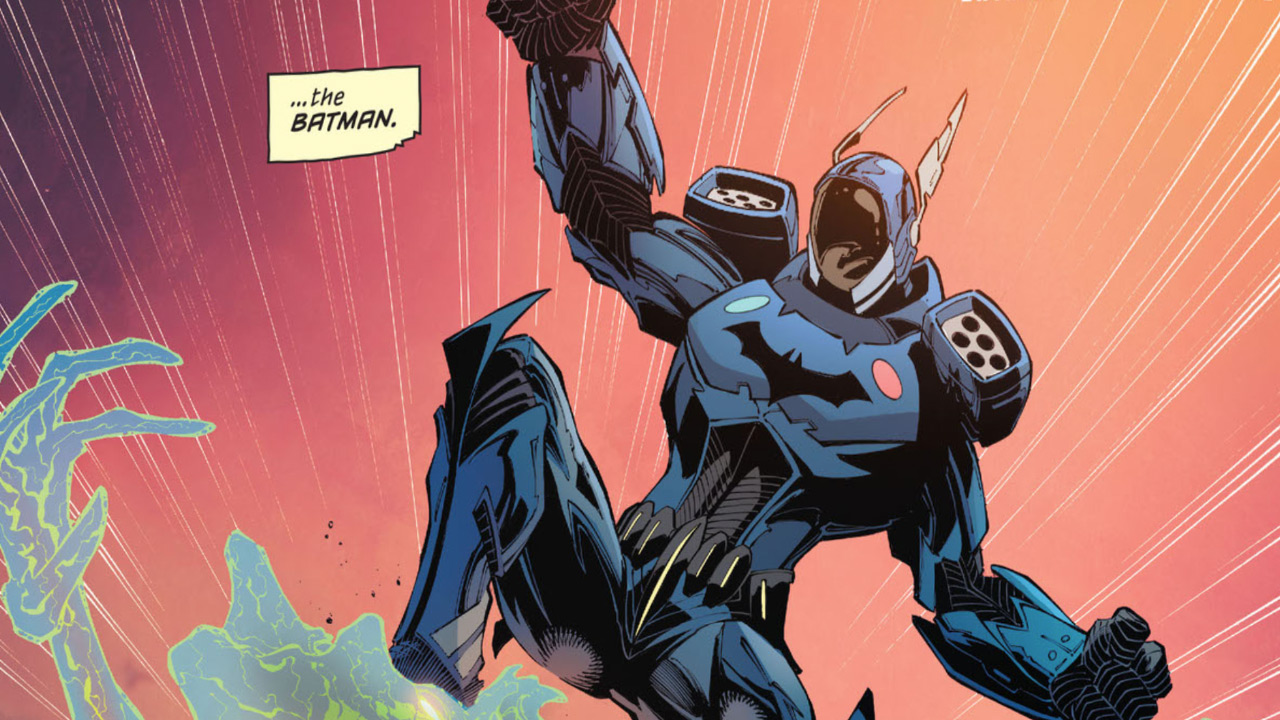 Which may be exactly why when Batman vanished after a seemingly final battle with The Joker in Batman: Endgame, it was Gordon himself who answered the call to take up the mantle of the Bat. To become Batman, Gordon was rendered unrecognizable. Muscular implants, a skintight body suit, a bright blue rabbit eared mech — and, most distressing of all, the mustache had to go. James Gordon… was not happy. Grumbling and groaning through each pulse pounding adventure, old Chicago police beat cop Jim Gordon found himself cast in the unlikely role of the GD Batman. He did not ask for this. He did not want this. And the moment the REAL Batman showed up, he’d be growing his face fur back by minute one and crawling back behind a desk where he belonged. But as long as Gotham needed him, as long as there was no one else for the job… into the bunny suit he went, every single night. And if that’s not what a champion looks like, then we don’t know what to tell you.

What's your favorite example of Commissioner Gordon kicking ass? Talk about it in our Community!