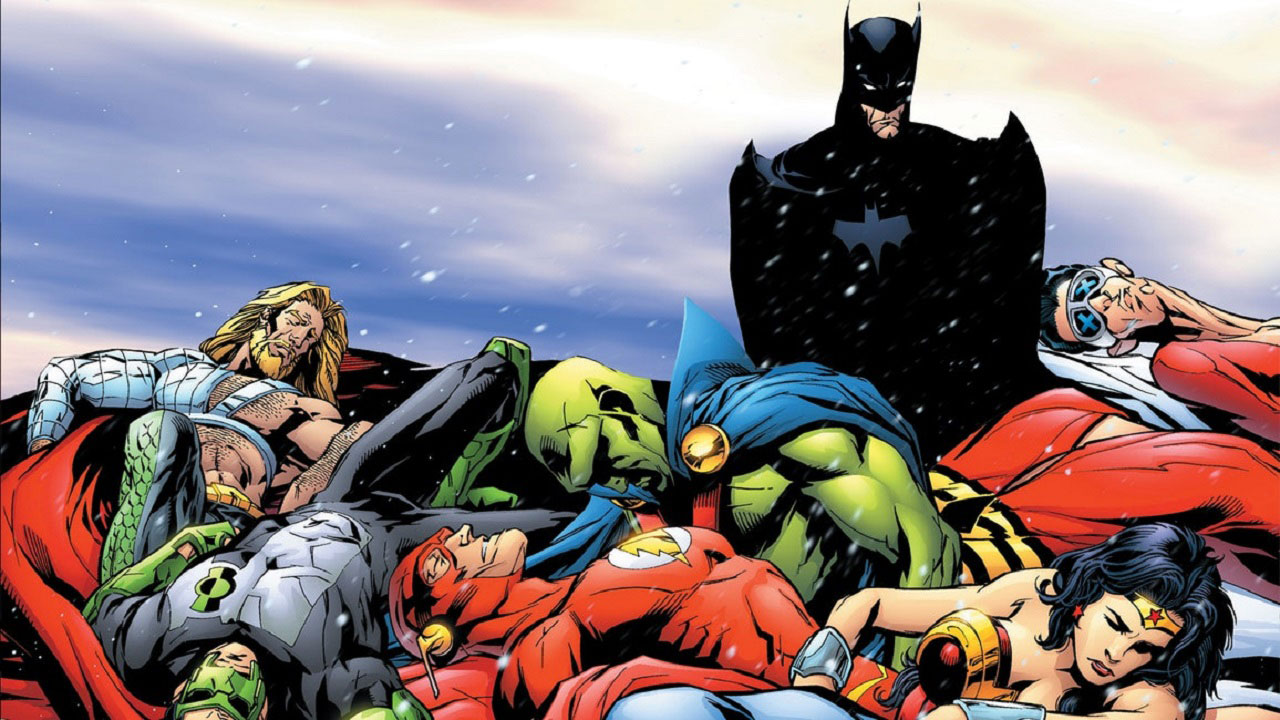 If your team roster consists of powerhouses like Wonder Woman and Superman, then Batman shouldn’t have to be coming to the rescue so often. Despite this, the Dark Knight is probably suffering from back pain, because he’s constantly carrying the entire Justice League. We recently looked at a handful of times Aquaman saved the League's butts. But without the Caped Crusader, the Justice League would be lost and alone. You can send angry messages all you want, but if you need further proof, here are 5 times Batman totally carried the Justice League.

THE LAZY LEAGUE OF AMERICA 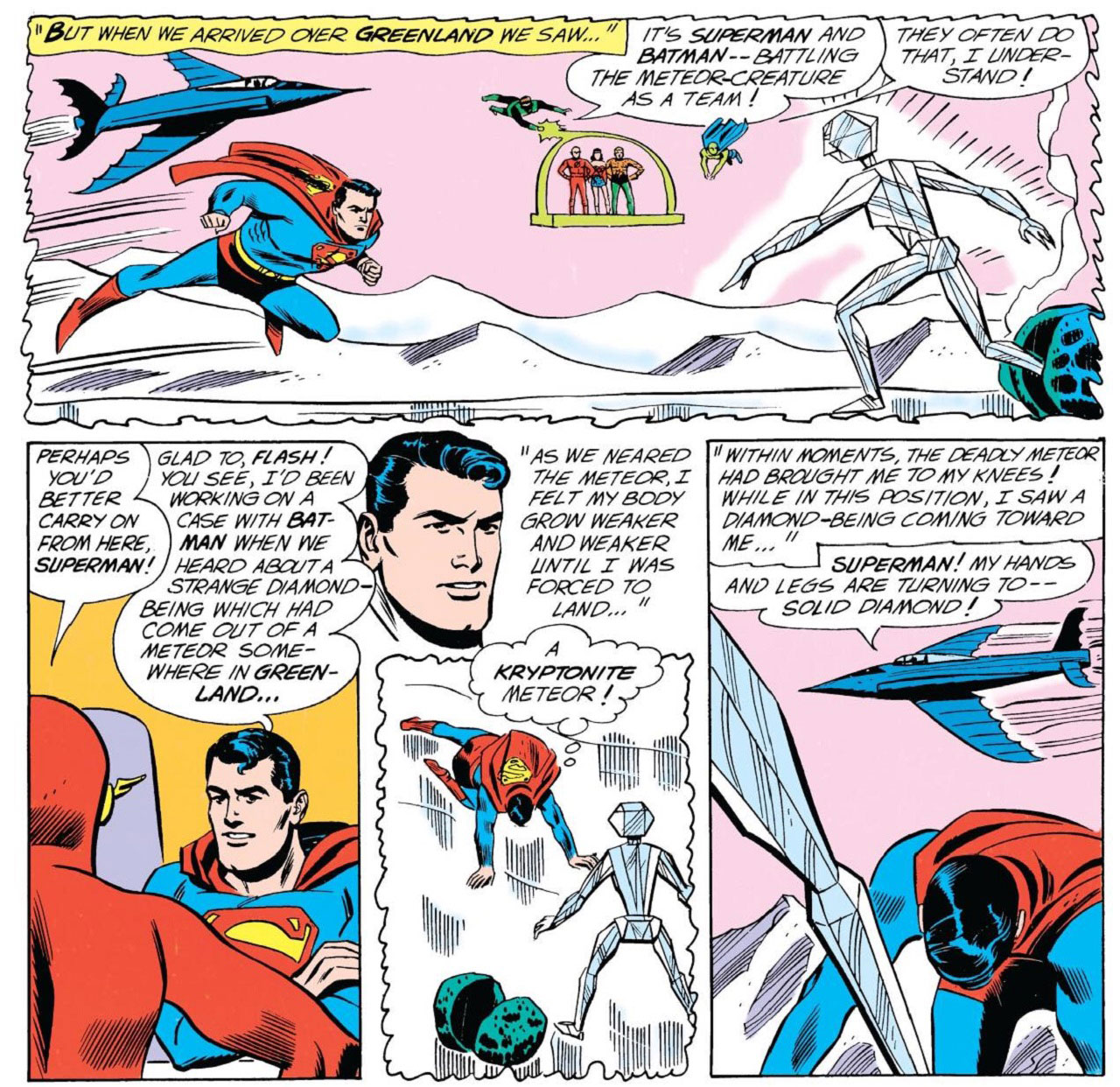 How long has Batman been carrying the Justice League? According to 1962’s Justice League of America #9, it’s been that way since the team began. This flashback story revealed how the Justice League was formed, and, to nobody’s surprise, it involved the other heroes sitting back while Batman did all the work. A group of alien creatures had decided to make Earth their personal battleground, and one of them cornered Superman in Greenland. The Man of Steel was subdued by Kryptonite, leaving Batman to swoop in with the Batplane to save his friend. The Caped Crusader was able to do this despite his body being turned into diamond. Where was the rest of the Justice League while Batman pulled off this daring move? They were 10 feet away watching like fans at a WWE fight. Yup, they were all right there and did NOTHING but watch. 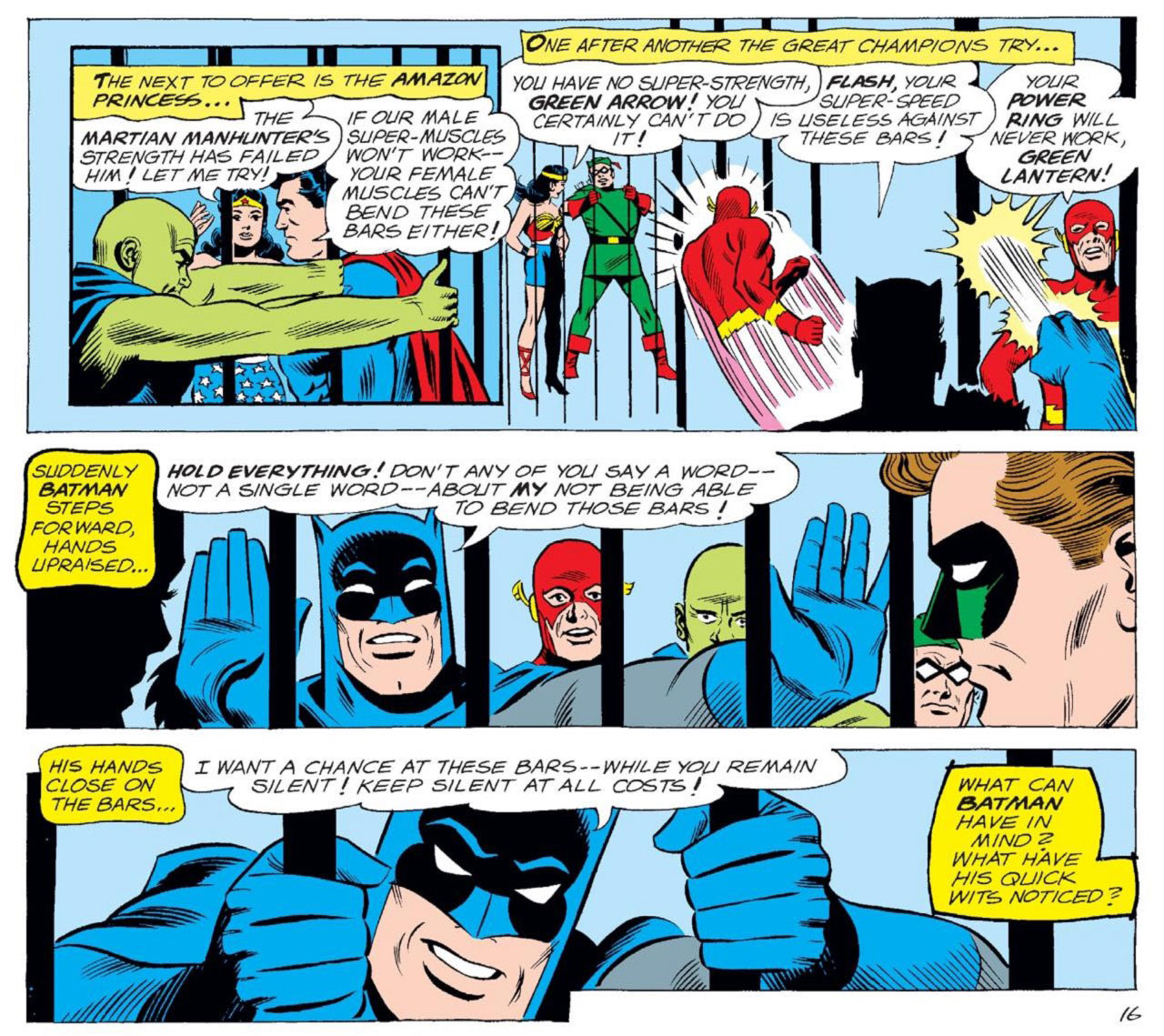 The JLA found themselves captured in 1963’s Justice League of America #18, and as usual it was up to Batman to salvage this train wreck. The League stood helpless behind bars, bemoaning their fate, when Batman decided to grab the bars and simply bend them. The rest of the team stood back with their jaws on the floor. After all, Superman, Martian Manhunter, and Wonder Woman are stronger than Batman, so why couldn’t they move the bars? The Dark Knight deduced that a hypnotic suggestion from the radiation caused his teammates to believe they couldn’t bend the bars, leaving it up to Batman to bail their butts out again. Radiation doesn’t exactly work that way, so Batman was just trying to help his lazy teammates save face while he did all the work again. 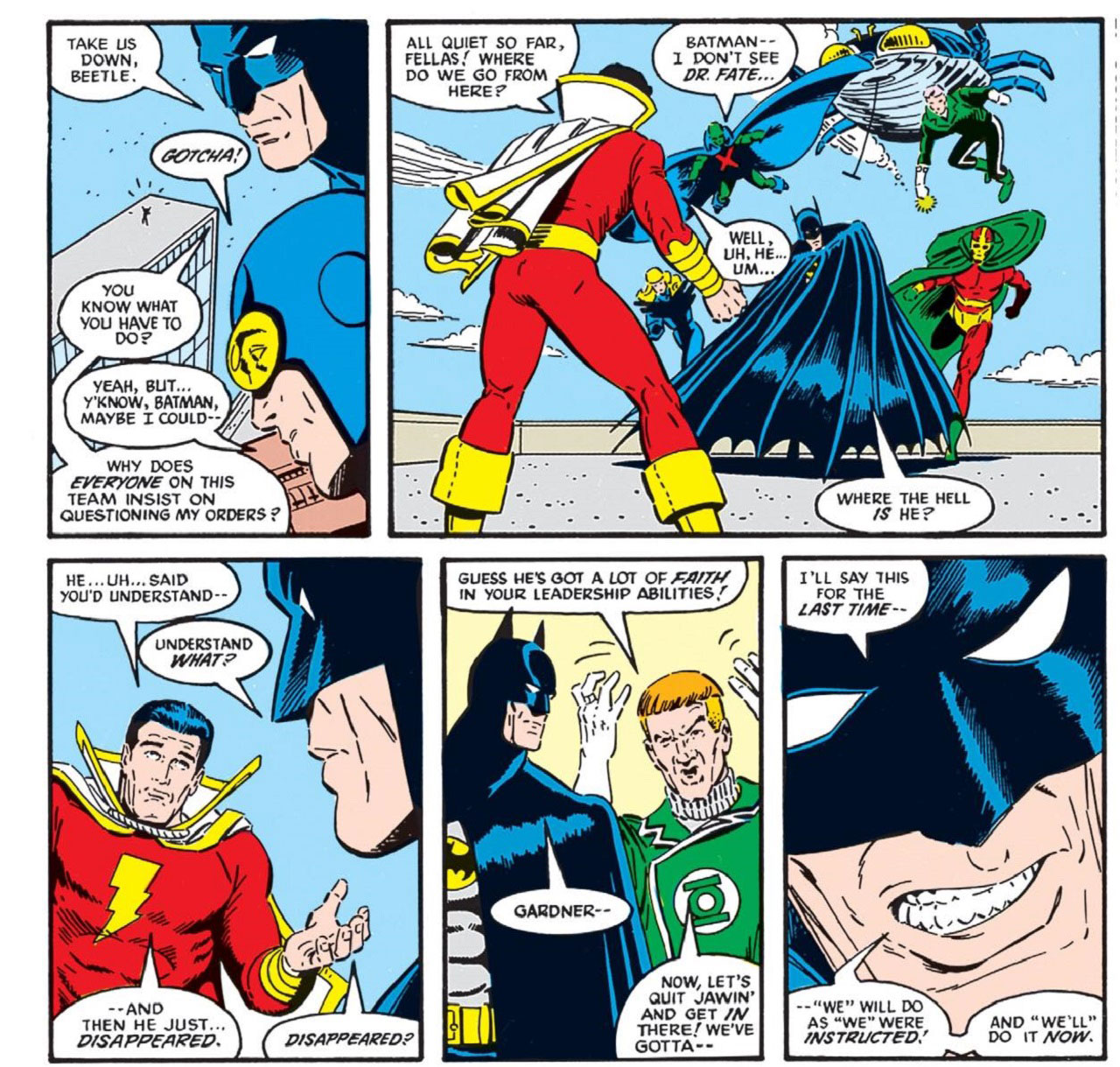 In 1987, a new version of the Justice League was formed, and, as team leader, Batman had his work cut out for him. His team consisted of rookies like the new Doctor Light, hotheads like Guy Gardner, children like Captain Marvel, and goofballs like Blue Beetle. It’s hard to pick just one moment from the first 7 issues of 1987's Justice League to spotlight, because the entire arc is filled with Batman struggling to lead a team that feels more like a daycare. Although Batman had seasoned heroes like Martian Manhunter and Black Canary on his roster, the Dark Knight had to plan all the missions, manage all the in-fighting, and remind everyone who was in charge -- as the obnoxious Guy Gardner painfully learned when Batman knocked him out in issue 5. By issue 7, Batman gave leadership of this hot mess to Martian Manhunter. Even the Dark Knight has his limits.

A MAN WITH A HYPERPLAN 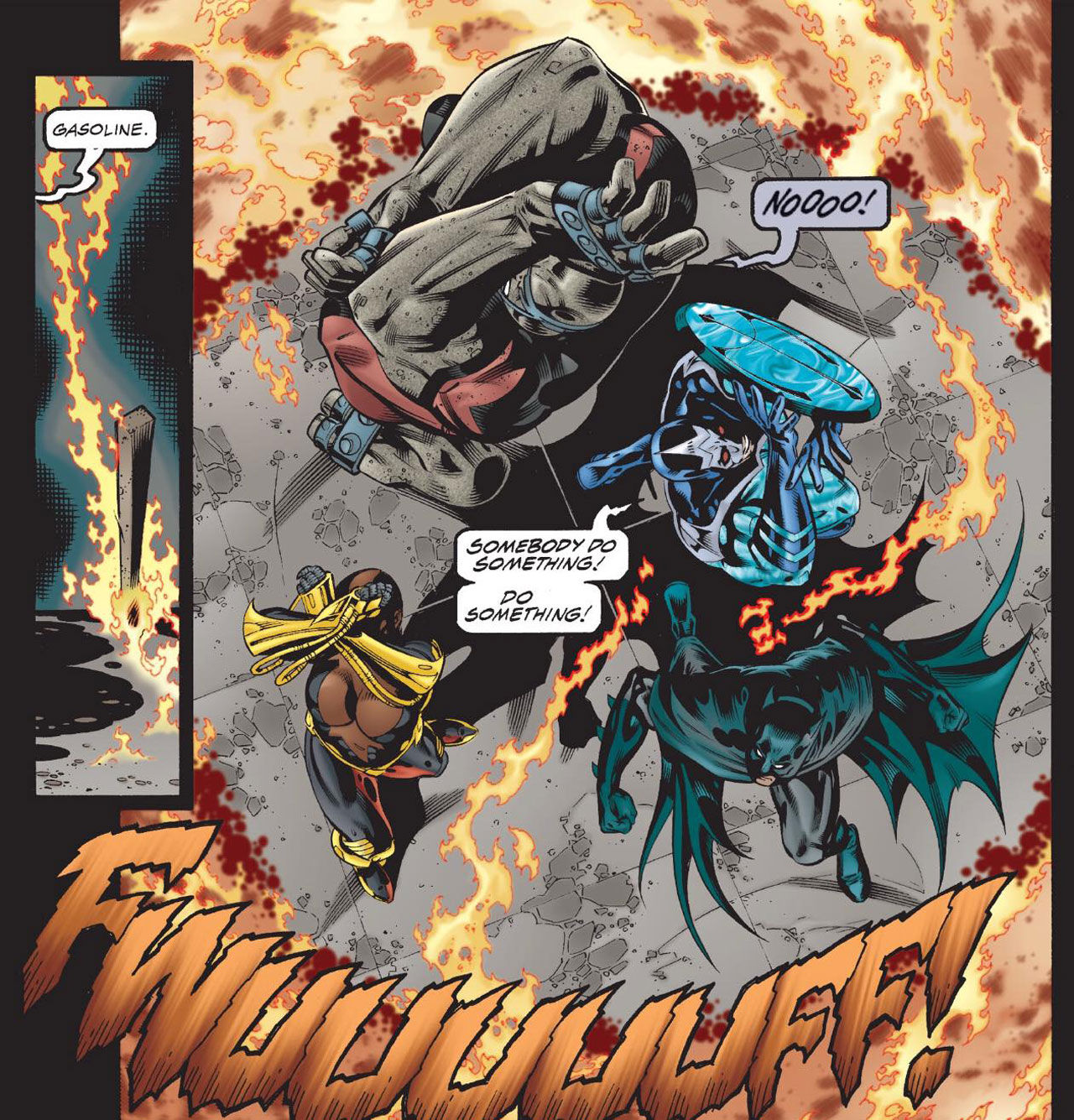 In 1997's JLA #3, the team uniited to humiliate an alien group called the Hyperclan. Just kidding, it was actually Batman all by himself again. The Hyperclan pretended to be a group of benevolent aliens, but it turned out they had a more sinister purpose. The Hyperclan attacked Earth’s heroes, shooting down the Batplane and capturing Superman. Batman allowed the villains to believe he was dead so he could infiltrate their headquarters and psychologically torture them. It turned out the Hyperclan was actually a group of White Martians in disguise, and Batman defeated them by exploiting their vulnerability to fire. Look at the way Batman says “fire” as he ignites an inferno around these invaders. It's an awesome moment, but once again, Batman had zero help from the rest of the Justice League. 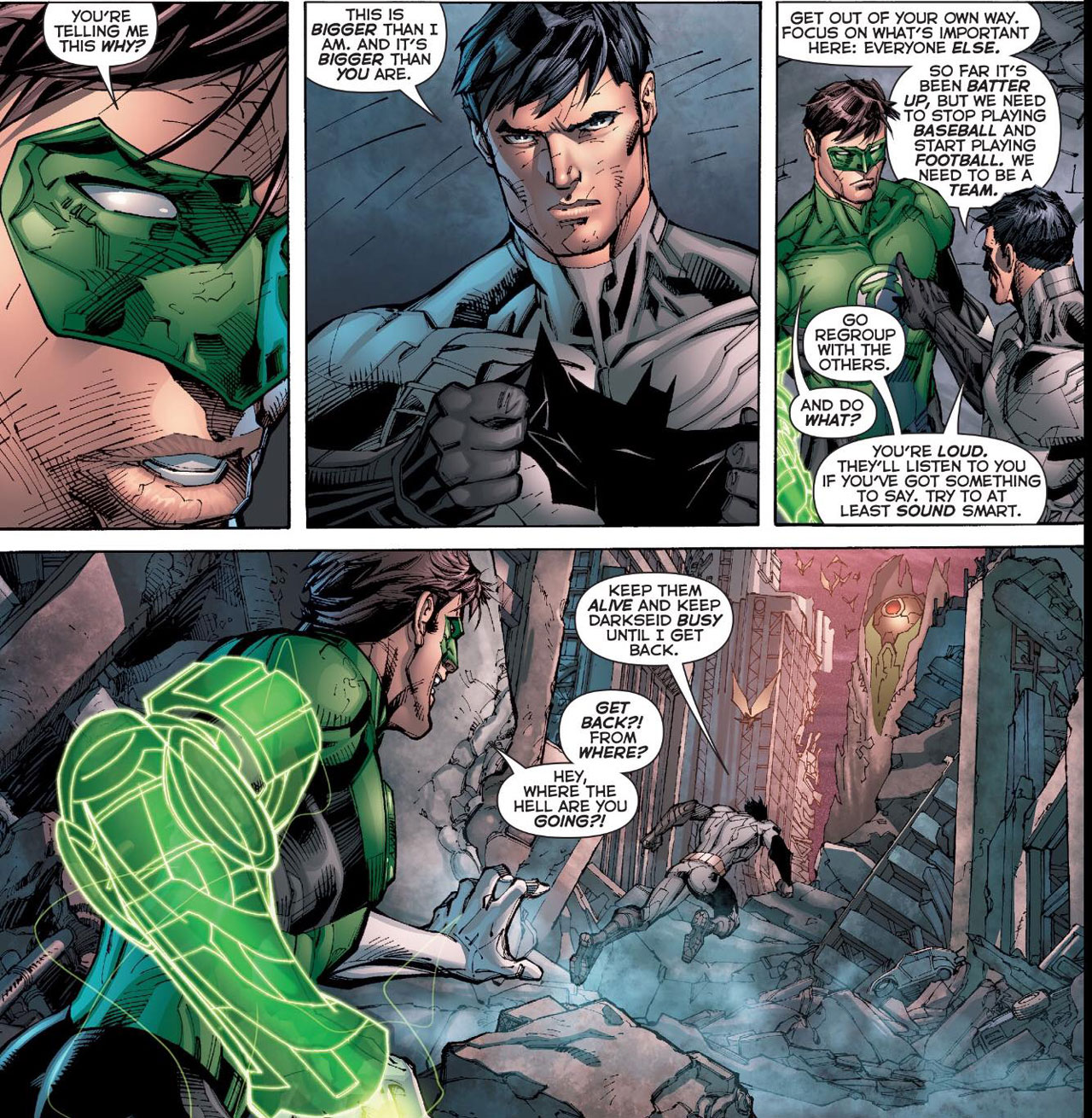 After the reality-altering events of 2011's Flashpoint event, the Justice League’s origin was retold for DC’s New 52 era. To nobody’s surprise, this new origin involved Batman pulling everyone’s weight – again. In 2012’s Justice League #5-6, Darkseid arrived on Earth, and had the League on the ropes. Superman was captured and taken to Apokolips, and nobody but Batman was sure what to do. While the team ran around like headless chickens, Batman allowed a Parademon to capture him so he could travel to Apokolips. Once the Dark Knight found himself in the belly of the beast, he single-handedly saved Superman and brought him back to Earth. Unfortunately, the League still needed to have their hands held, so Batman had to walk them through the battle with Darkseid step by step, until Cyborg was able to Boom Tube him away. Good job, everyone. And by “everyone” we mean Batman.

Does Batman carry the Justice League too much? Give us your thoughts in our Community!