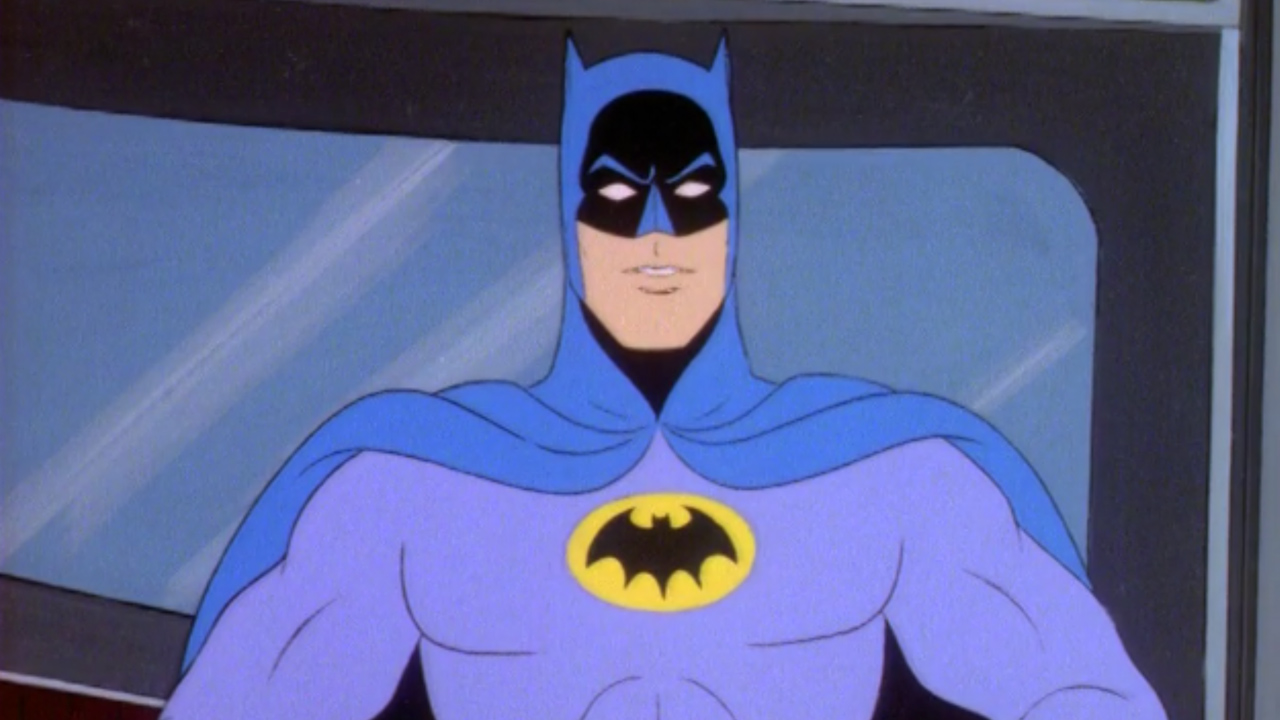 5 Things We Learned Watching 1977's THE NEW ADVENTURES OF BATMAN

Quarantine’s got us all looking for extra ways to pass the time. Fortunately, the DC Universe library has got us covered. Even with our prodigious knowledge of the multiverses and multimedia which comprise our hallowed halls, it’s not possible for us to have seen everything. So, this week, we took a dip into 1977’s The New Adventures of Batman and Robin, featuring the iconic sixties duo of Adam West and Burt Ward returning as the Caped Crusader and Boy Wonder. We knew we were in for good, campy fun, and a healthy dose of Bat-Mite to boot, but we made some surprising discoveries along the way. Here’s what we learned... 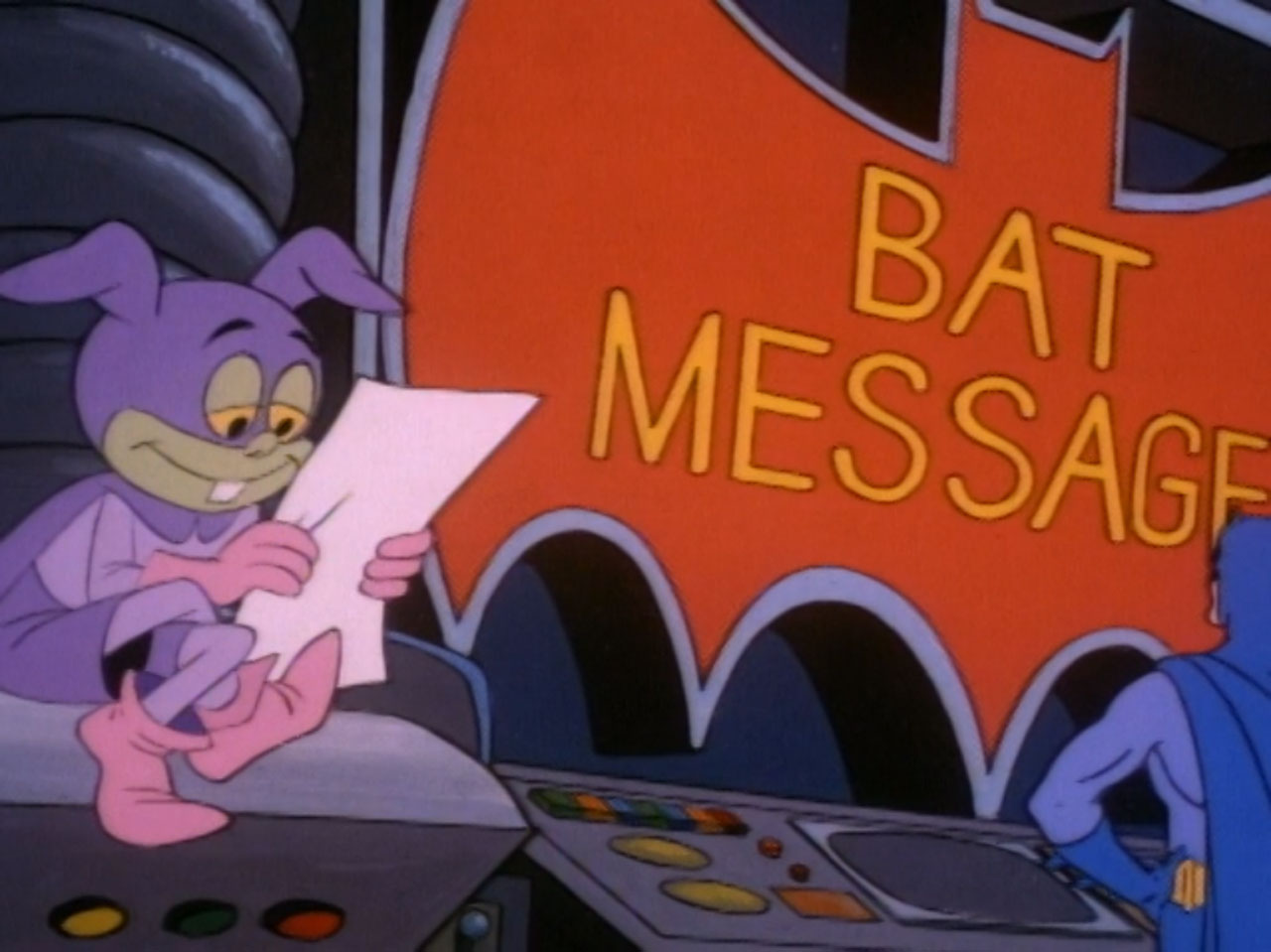 Sure, we’ve all heard from Batman the reason he's into the whole bat thing: “superstitious and cowardly lot,” “strike fear into the hearts of criminals,” sure, we get it. People think bats are scary, and he wants to scare the bad guys. But… who is THIS for? This extremely inconveniently shaped computer monitor that cuts out 30% of any given picture with those weird angles and arches? The Bat-phone that’s literally shaped like a bat? What about the brake pedals in the Batmobile, each one of which is designed to look like a tiny bat itself? Are we supposed to believe that the Penguin or Catwoman is supposed to be frightened by Batman’s car detailing? No, in The New Adventures of Batman, the truth is much simpler, and maybe even more relatable: Batman just… likes bats. We all have a thing. I have a friend who collects ceramic cows. Bruce is allowed to have interests outside of crimefighting. 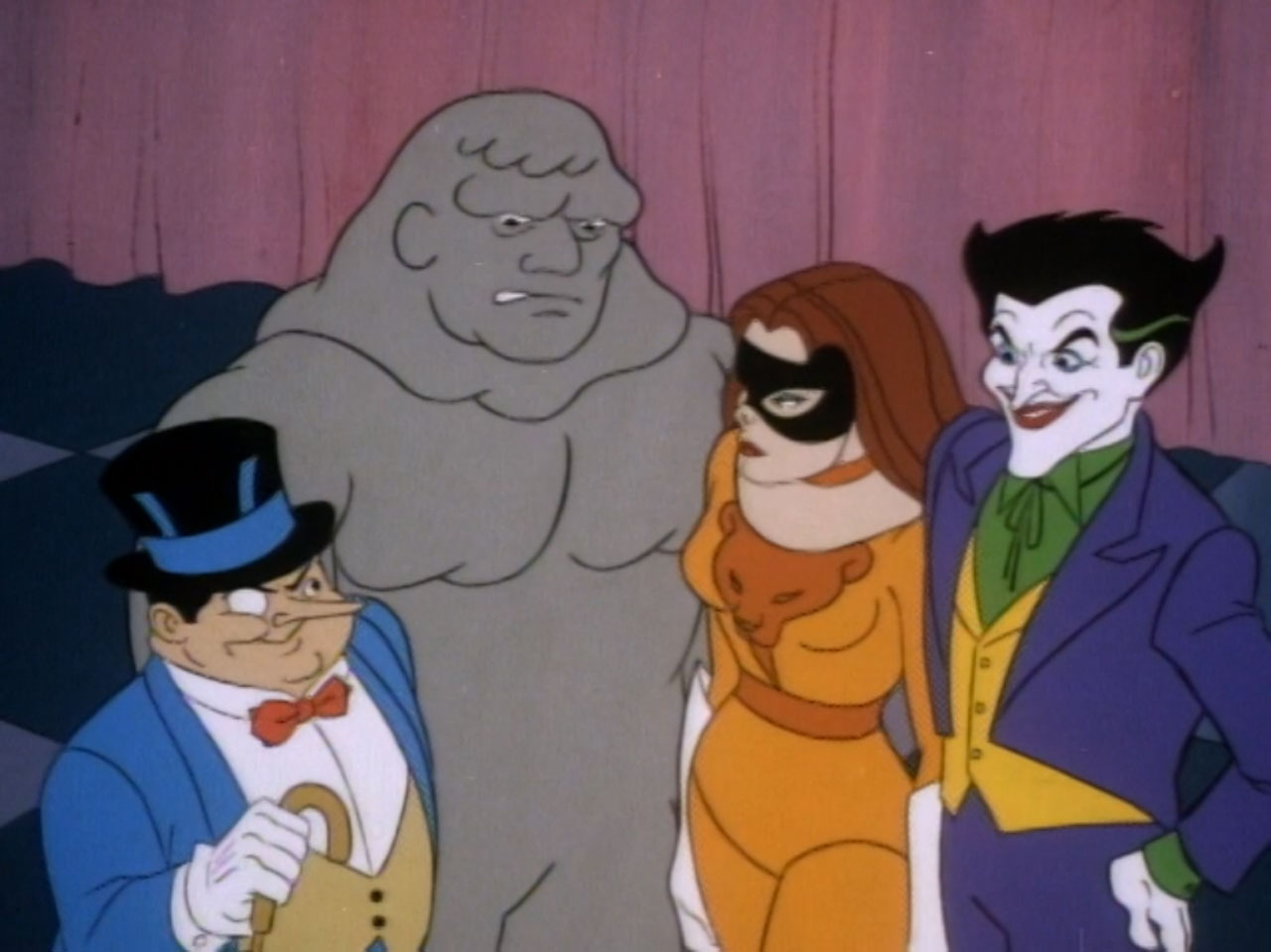 Ever wonder why, in Challenge of the Super Friends, Lex Luthor gathers the most notorious super-villains in the world to oppose the world’s heroes, and… The Joker is nowhere to be seen? He couldn’t even score Catwoman, or Penguin; all he could grab was Scarecrow and The Riddler. Well, if you’re wondering what the underground elite of Gotham’s criminal element were up to, the character rights were committed at the time to Filmation Studios, as opposed to Super Friends’ Hanna-Barbera. So if you’re missing the A-List Batman gallery (plus Clayface), this little show is where you’ll find them hanging out.

CLAYFACE DOES THAT ON PURPOSE 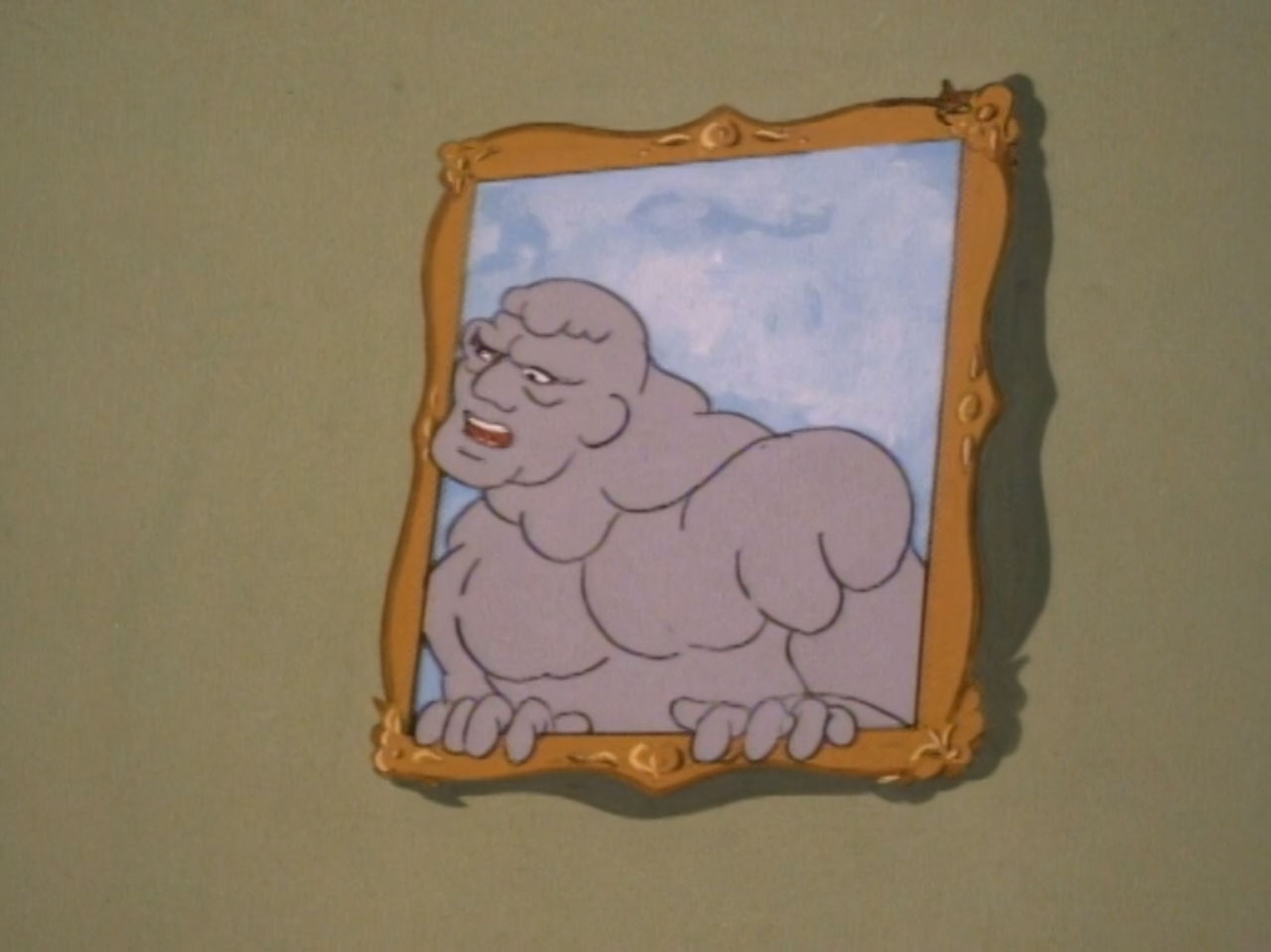 What’s the best part of Clayface? His versatility as a shapeshifter? His acting chops? Or is it his tragic backstory, about how he became a man of clay in a desperate ploy to remain relevant in the cruel world of entertainment only to find he had irrevocably lost his humanity? Well, if it’s that last one, TNAB has a rude awakening for you: Clayface takes the formula that turns him into an amorphous, shambling mass every 24 hours, or it wears off. He’s totally doing it on purpose. At least that’ll comfort us when Batman is beating the dirt out of him.

BAT-MITE IS A SIMP FOR BATGIRL 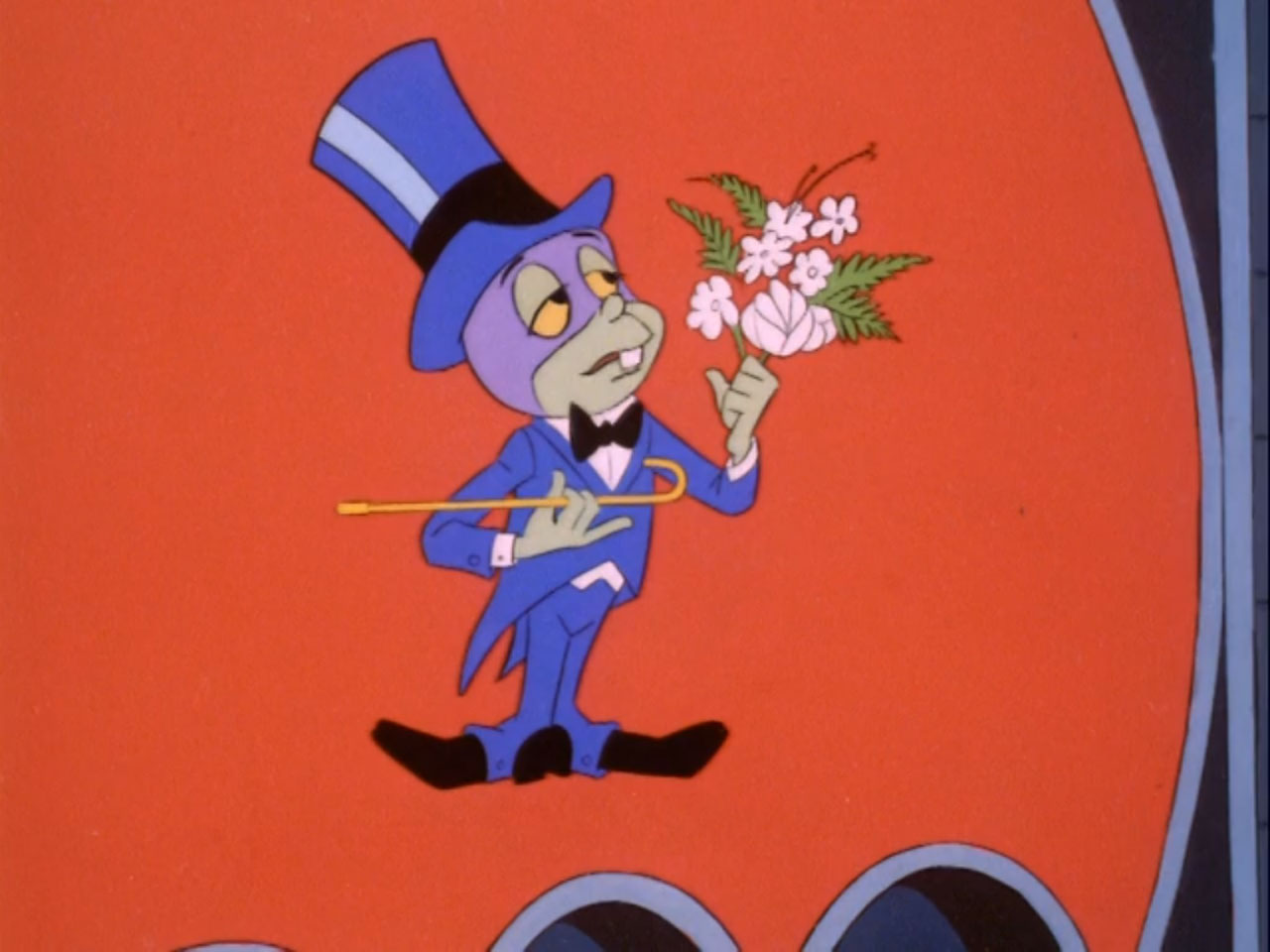 Much is said about the awesome powers of fifth dimensional beings such as Mr. Mxyzptlk or Johnny Thunder’s Thunderbolt. Bat-Mite, traditionally speaking, uses his phenomenal powers to express his extreme fandom for Batman. Here, though, he’s been significantly powered down to Scrappy-size. Sure, he’s got the abilities to float, and to teleport at will, and… well, that’s about it, really. Batman and Robin consider him kind of a pest, but Batgirl treats him with respect -- which, of course, Bat-Mite interprets as romantic interest, and spends much of the series pining over her. Can’t a girl show someone basic human decency without worrying about being stalked and fawned over? What a world. 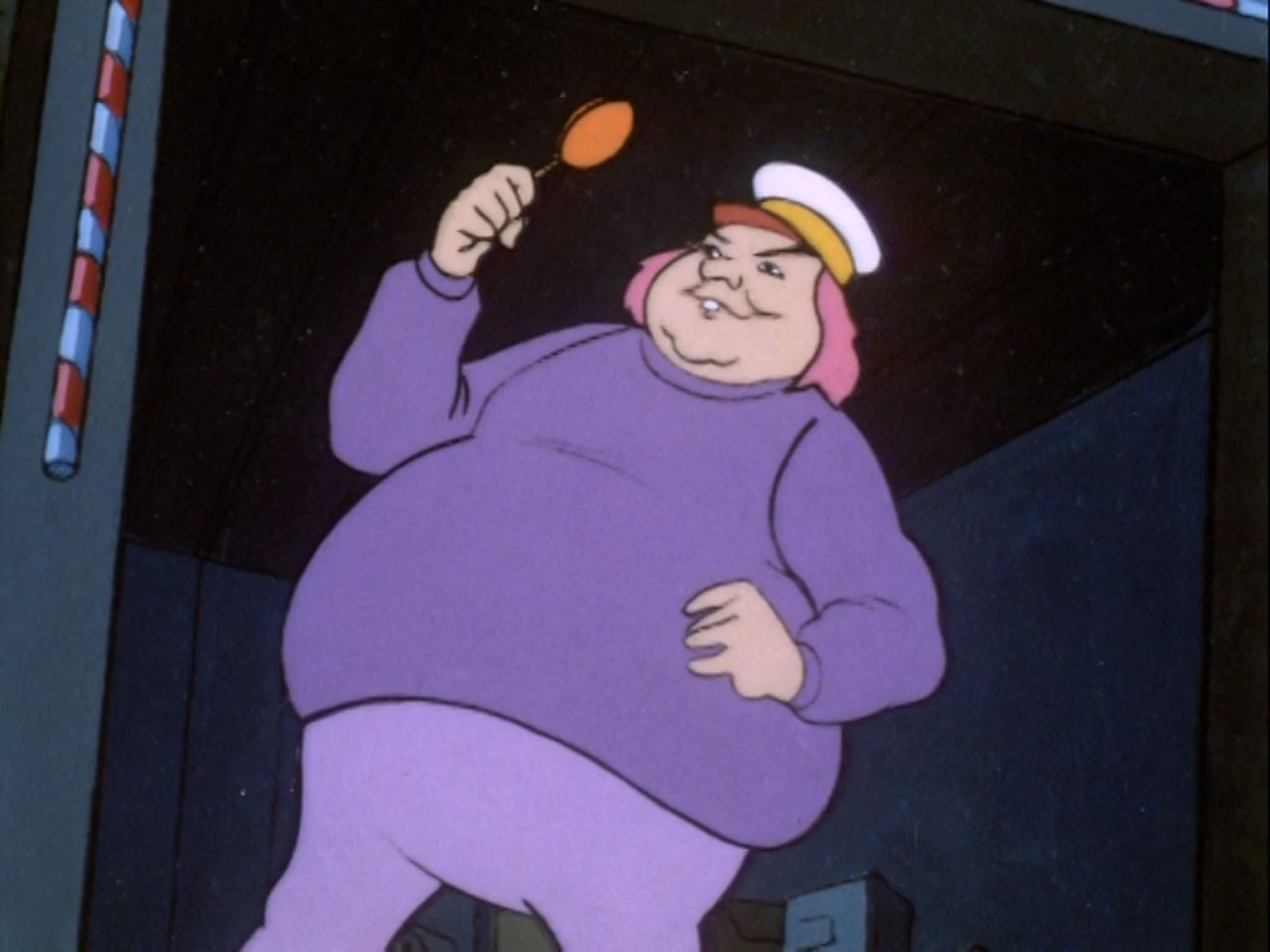 Like nearly every distinct take on Batman, TNAB comes with its own stable of original villains, unseen anywhere else. One of these is the candy-obsessed Sweet Tooth, who sounds like… Paul Lynde? From like, Hollywood Squares and Bye Bye Birdie and Charlotte's Web? Well, we looked it up, and it’s not actually him, but an impersonator -- which makes the impression kind of a strange choice. And he’s not the only one: Dr. Devious, another villain from the series, was based on Edward Everett Horton, a character actor who played bit parts in like a hundred movies between 1906 and 1970. If we had to guess, we’d say that the celebrity impressions are a continuation of the stunt casting in the sixties Batman TV series, where the biggest stars of the day would stop by to play Batman villains and pop out of windows… but hey. Sometimes voice actors just make a choice.

Any observations of your own about this often-overlooked chapter of Batman’s television history? Let us know in our Community!