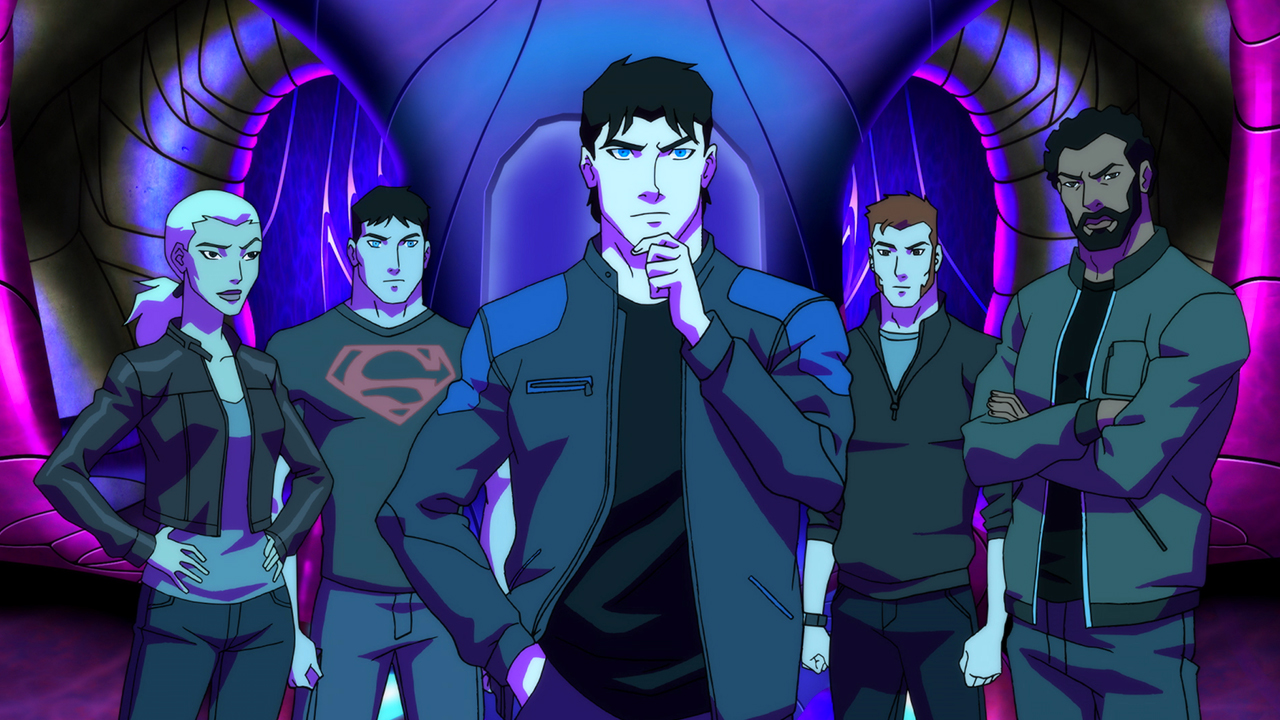 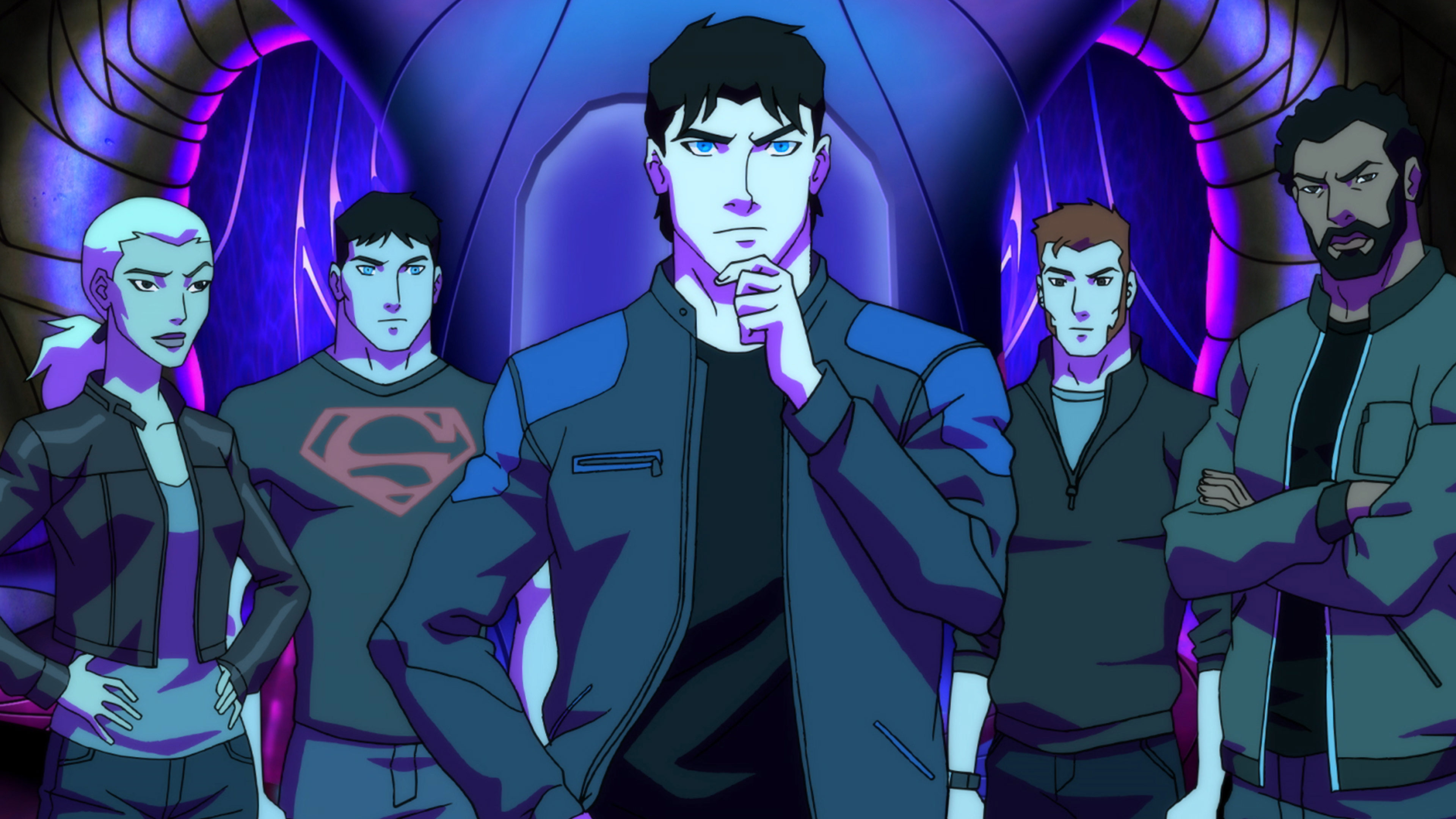 5 Things You Must Know Before Watching YOUNG JUSTICE: OUTSIDERS Part 2

After a spring hiatus ‘Young Justice: Outsiders’ is ready to return for a summer of brand-new episodes! The first half of the season was filled with tons of intrigue, new characters, and nail-biting cliffhangers. With the series returning to DC Universe on July 2nd (and a group Watch-Along of the season's first half taking place in our Community this Saturday, June 29th!), it’s a great time to see where our heroes left off and look at the show's dangling plot threads. Will the rest of the season resolve these storylines, or will the mysteries deepen? Either way, it’s going to be a helluva ride! 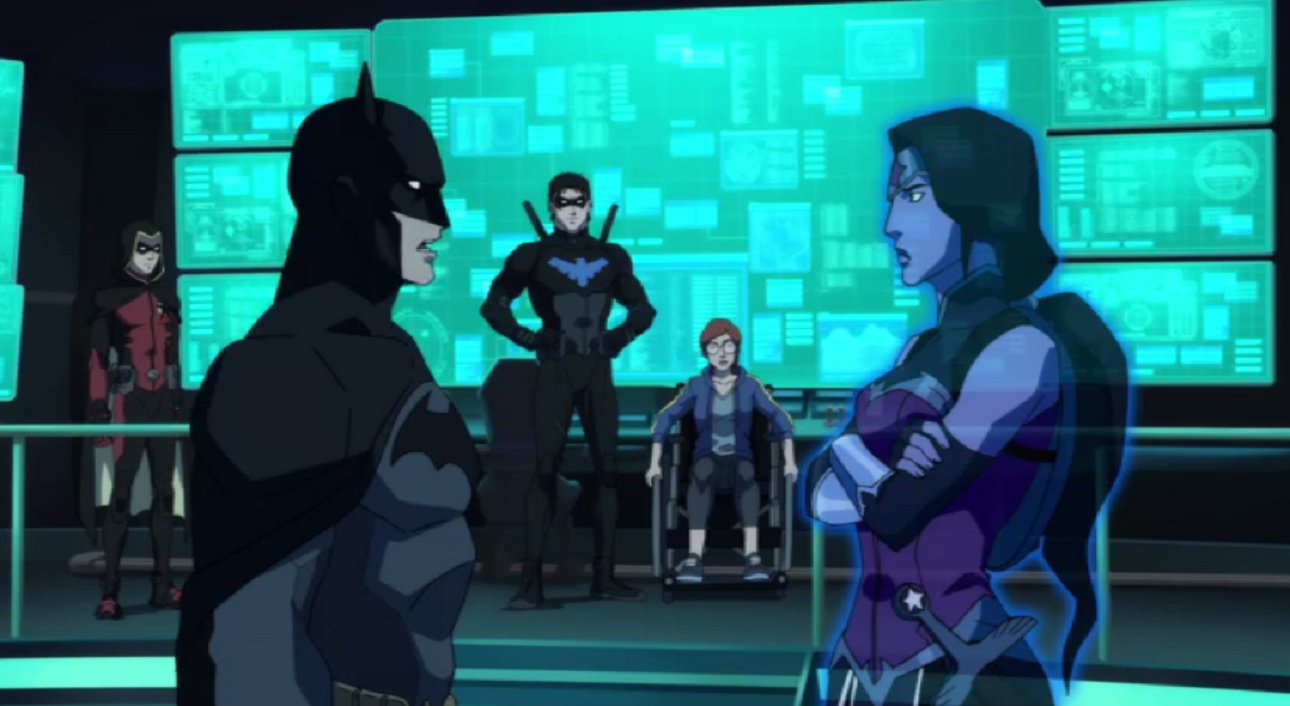 'Outsiders' began with Batman leading a mass Justice League walkout. In the episode “Princes All,” the Dark Knight was fed up with the League being limited by government bureaucracy, and surprised many of his fellow members by resigning, and taking some of the team's greatest heroes with him. The pre-planned display of protest was so secretive, that Robin hadn’t even told his girlfriend Wonder Girl. The episode “Triptych” revealed a new layer to Batman’s plan, not only was his walkout planned, but it was done in coordination with the League’s leadership! Although Wonder Woman and Kaldur had feigned surprise during the resignations, the Dark Knight was secretly communicating with them on the progress of his plans. Batman’s idea was that by splitting the groups up, they would be able to act more covertly and stay a few steps ahead of the Light. Only a handful of heroes were aware of Batman’s plans, including Wonder Woman, Miss Martian, Nightwing, Robin, Kaldur, and Oracle. Even Superman has been kept in the dark, since Batman knows the Man of Steel could never lie under oath. Wonder Woman expressed concerns about the effectiveness of Batman’s plan, worrying that the lies and manipulation were making them become more like the Light. Will the truth be uncovered during the second half of the season? Can Batman pull this off, or was Wonder Woman right?

Secrets from the Light 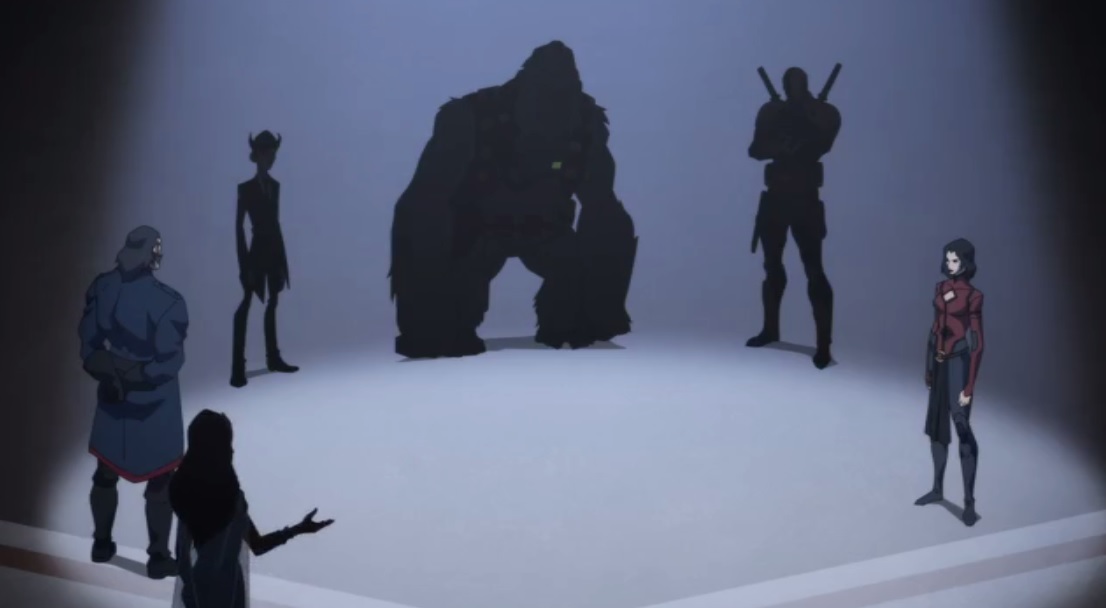 The heroes aren’t the only ones with their secrets. In the episode “Home Fires,” we learned the Light has one titanic secret of their own – they know every single secret identity of the heroes! While the heroes' spouses and children were relaxing at a meetup, Aquaman’s angry brother the Ocean Master secretly plotted to blow up their location. But Lady Shiva, the new enforcer for the Light, took out Ocean Master before he could strike. She revealed the Light has known the identities of the heroes for some time, but knows that killing all their loved ones would be a strategically unwise “nuclear option." Shiva killed Ocean Master, as the heroes' children laughed and played nearby, little realizing the mortal danger they had just escaped. Afterwards, Shiva reported to the Light’s leadership, who spoke openly about the heroes' true identities and plans. The chilling implications of this revelation are still debated by fans. Will the Justice League learn how exposed they truly are? What will the Light do with this information? We’ll have to wait and see how the Light utilizes this explosive intelligence. 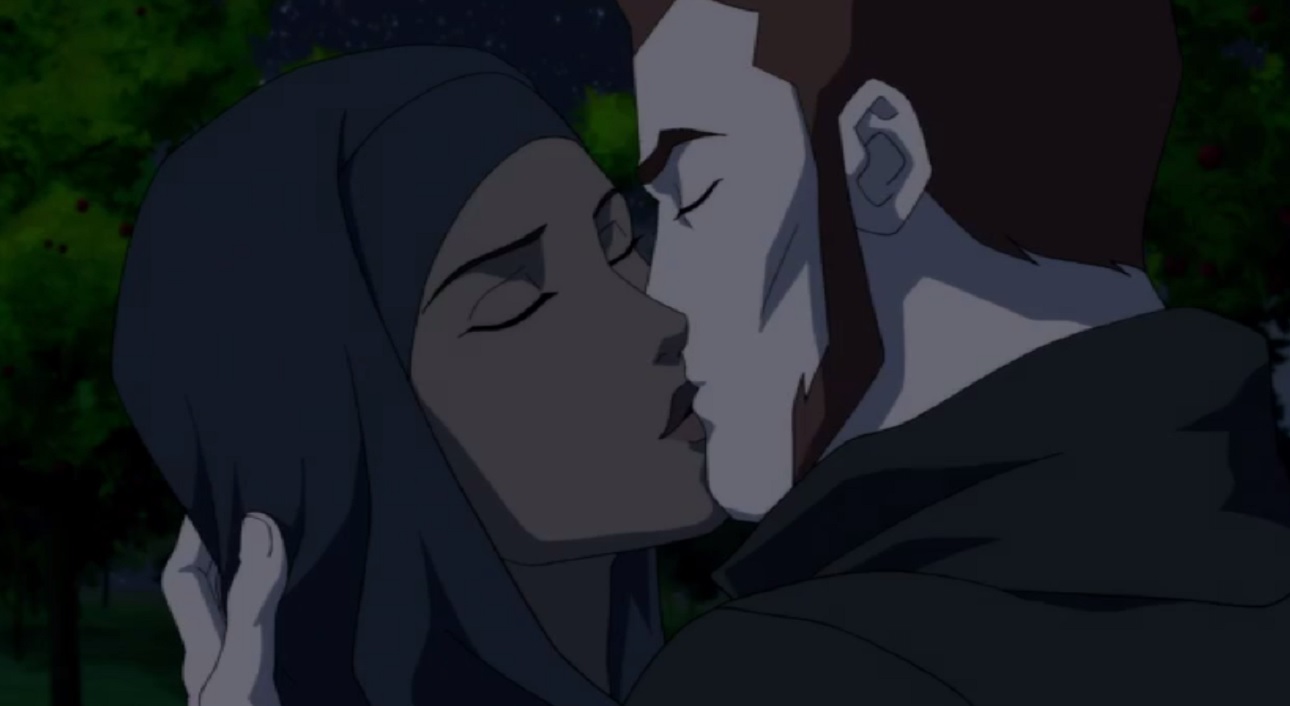 What happens when you put a bunch of hormonal young people in close quarters after experiencing life-threatening situations? They pair up! Love was in the air throughout the first half of the season, with new couples hooking up, and familiar ones reuniting. The season began with Conner and Megan getting engaged, although they struggled to make time for each other afterwards. Viewers have waited years to see Superboy and Miss Martian make things work. Have their dreams finally come true or is there another surprise around the corner? Nightwing and Oracle also became a couple during the time skip, delighting Dick/Babs shippers around the globe. Will their relationship fly high in animation, or is it doomed to collapse as it did in the comics? Black Lightning seemed to be hitting it off with Helga Jace, the team’s resident physician. Jefferson deserves to find love again after his marriage to Lynn Stewart fell apart, but some fans can’t shake the feeling that Helga is hiding something. She’s alluded to losing a daughter under mysterious circumstances, and it’s possible she has plans with the DNA from Violet’s hairbrush. Can Black Lightning get lucky with love, or is this romance doomed to blow up in his face? The episode “Nightmare Monkeys” ended with Brion and Violet sharing a passionate kiss, but their love affair will face many obstacles. Violet recently learned that she’s a Mother Box inhabiting a human body, and Brion is still working through is anger issues. The duo had a brief relationship in the comics and parted as friends, but the stakes seem a bit higher here. Any DC fan knows that superhero relationships are rarely successful. With that in mind, how many of these couplings will survive through the rest of the season?

Granny Is Up to No Good 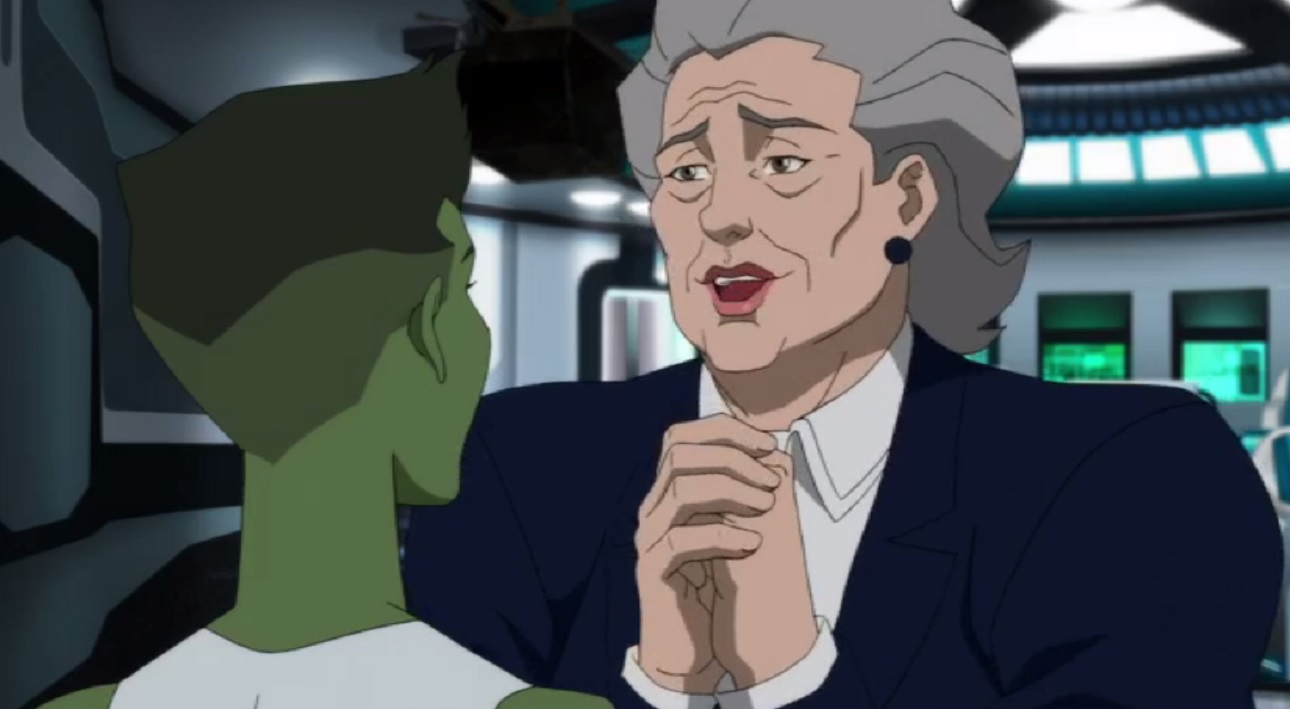 Throughout the season, many people were seen enjoying a new product called Goode Goggles, an immersive VR headset filled with games and original programming. During the episode “Home Fires” it was revealed that Gretchen Goode was the entrepreneur behind the popular product. While Gretchen may look like a sweet grandmotherly type, comic fans will instantly recognize her as Granny Goodness, Darkseid’s twisted enforcer. The same episode revealed that Granny has been working with the Light. The true nature of her Goode Goggles was revealed in “Nightmare Monkeys” when it was shown that the device has the power to control the mind of whoever is wearing it. Anybody who wore the Goode Goggles can be a sleeper agent. Remember when Barbara Gordon was playing Funny Monkeys back in “Rescue Op,” before Dick interrupted her? If Granny has control over Oracle, then every superhero is at risk. Although Beast Boy was able to alert his former teammates of Goode’s deception, it may be too late. The entire planet has gone crazy for Goode Goggles, and it’s only a matter of time before the other shoe drops. 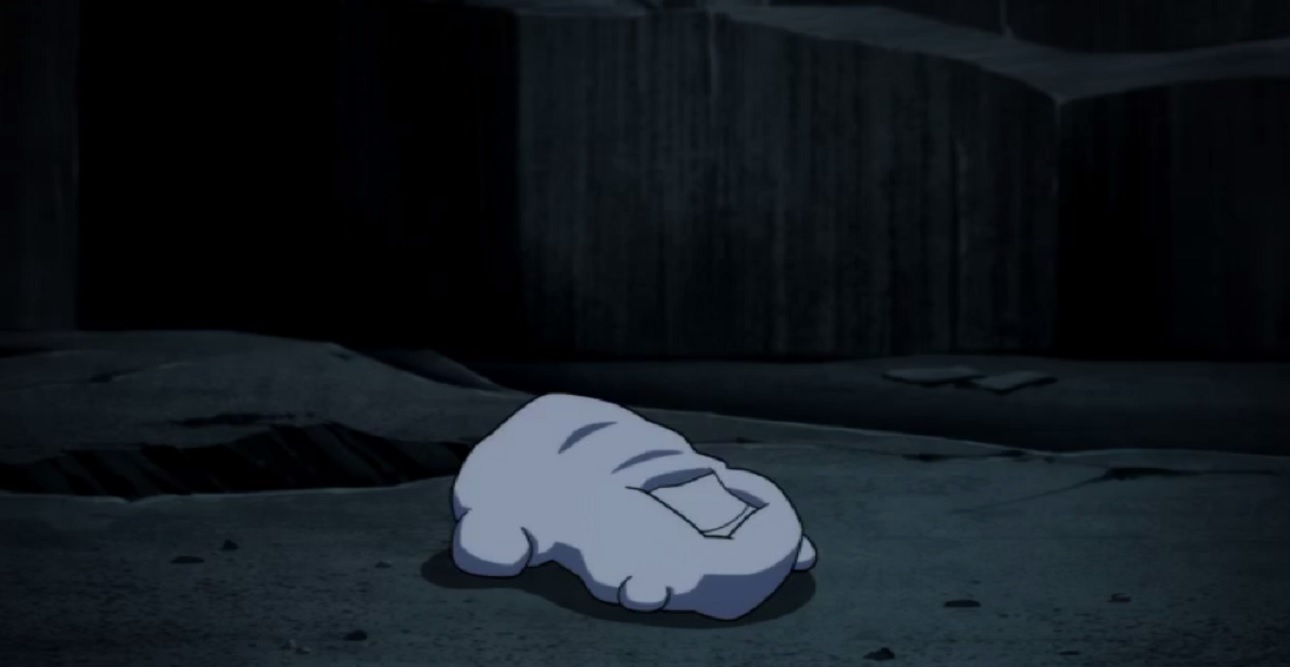 During the episode “Home Fires,” Lobo lost one of his fingers after Halo severed it during their battle. This is no biggie for the Main Man, since his regenerative powers allow him to regrow any part of his body. Thinking he had succeeded in his mission to kill Forager, Lobo left Earth, leaving his severed finger behind in the quarry. Amusingly, the finger was used as the backdrop for that episode’s end credits, but the saga didn’t end there. Lobo’s fileted finger was showcased again during the  end credits for “Another Freak” but something was different. The shape of the finger seemed to be changing. Is it decomposing, or is it growing into a new being? The idea isn’t so farfetched, as Lobo’s comic counterpart has been able to grow into separate beings from the smallest parts of his body. A piece of Lobo’s blood grew into a teenage clone called Slobo, who joined Young Justice for a series of adventures. Can Slobo be coming to animation, or is the end credits sequence just a gag? Either way, the saga of Lobo’s finger shouldn’t be ignored. 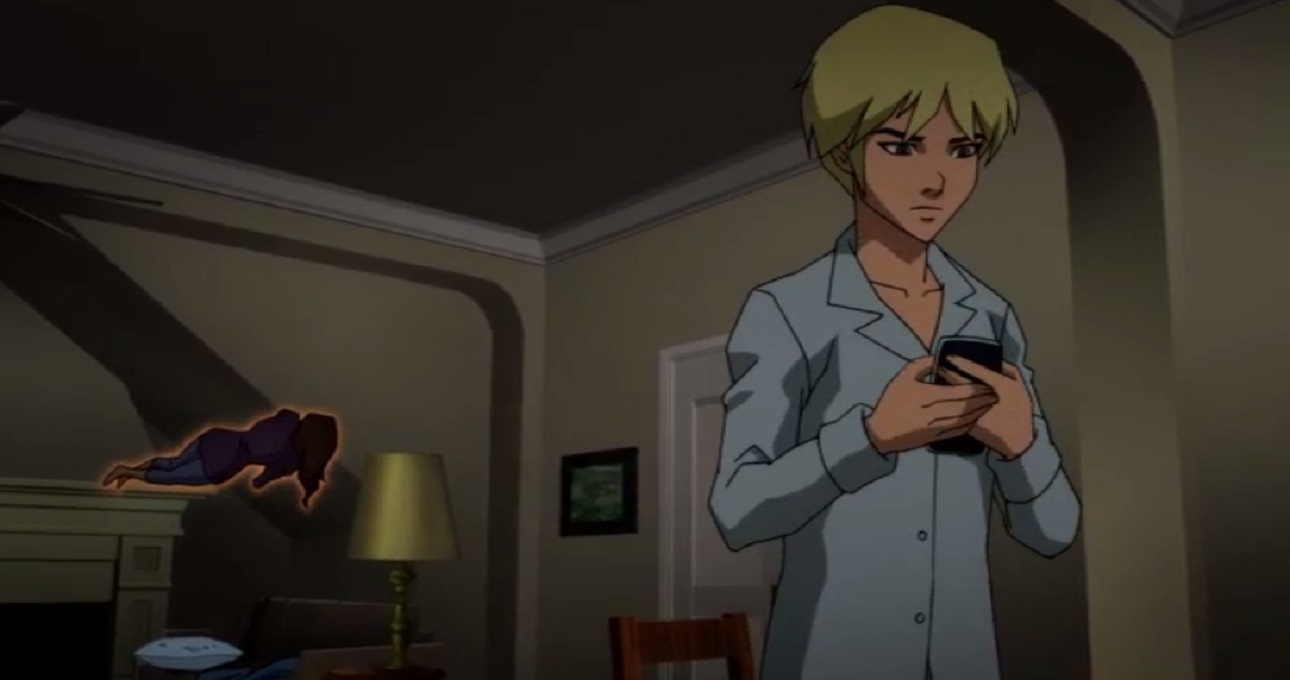 Say it isn’t so! Throughout the season, Brion had been searching tirelessly for his captive sister Tara, and during the episode “True Heroes” he was finally able to rescue her. Tara has her own geo-based powers and decided to stay with her brother and his teammates in order to put them to good use. It seemed like a happy ending, until the young girl mysteriously sent a text. Elsewhere we saw Deathstroke receive a message stating “I’m in.” Terra is best known for her role in the classic “Judas Contract” storyline, where she spied on her Teen Titans teammates before betraying them to Deathstroke. It looks like that classic storyline might be getting adapted here, but some fans have speculated that there might be a twist. We saw Tara send a message, and we saw Deathstroke receive one, but that doesn’t mean they were talking to each other. Are the showrunners playing with our expectations? Perhaps the mole on the team isn’t Tara, but someone else. Or maybe Tara is destined to betray her teammates, no matter what reality she’s in. One things for sure, the rest of the season is going to be an exciting thrill ride as we watch these plot threads develop.

Remember to watch (or re-watch) the first 13 episodes of 'Young Justice: Outsiders' in our Community Watch-Along this Saturday, June 29th. You can check out the full schedule here!