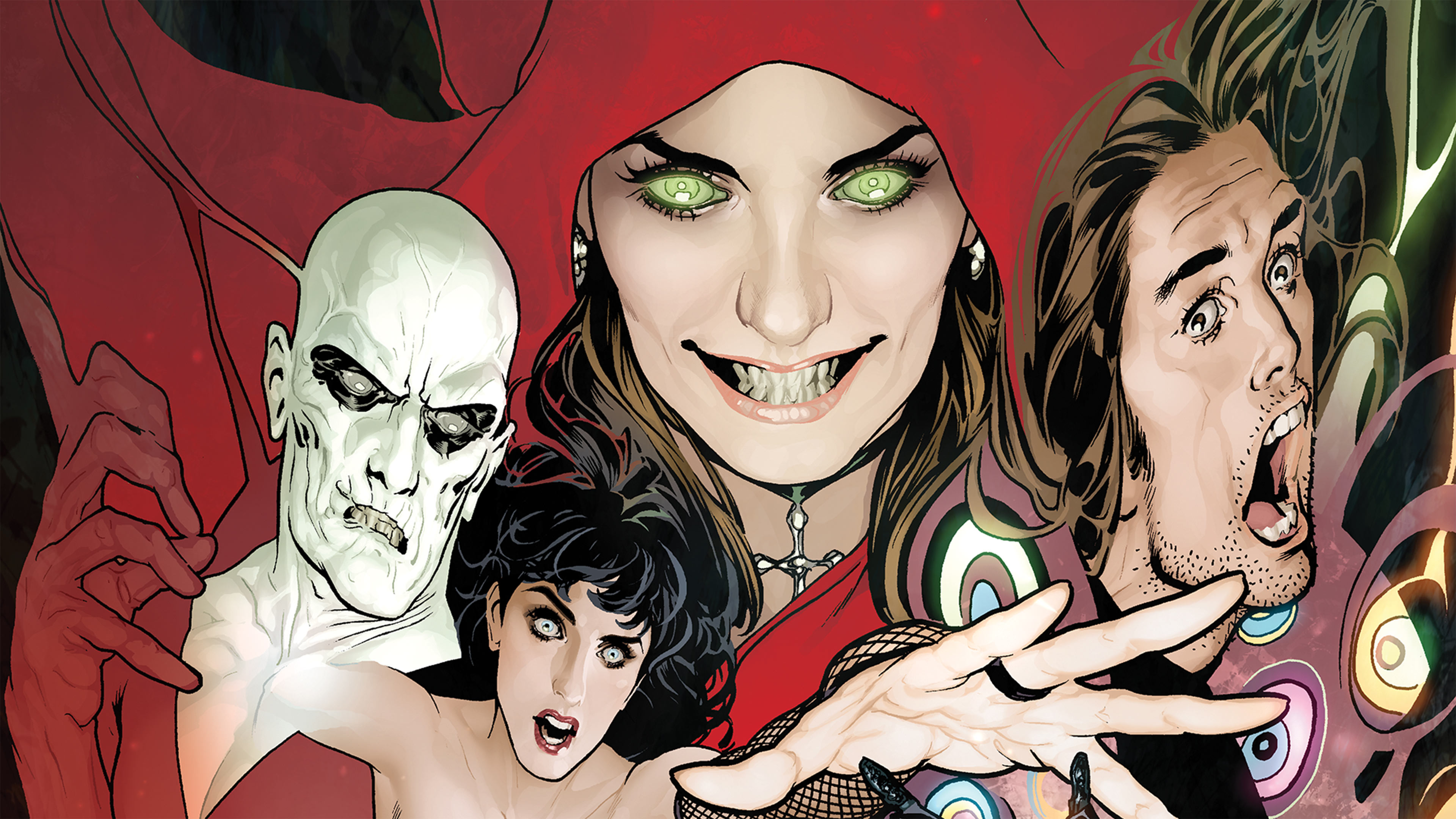 Breaking news from the Daily Planet: Producers J.J. Abrams and Ben Stephenson are developing a Justice League Dark live-action series for HBO Max! The news has DC fans buzzing with excitement. And if you knew anything about Justice League Dark, you would know exactly why. If you're not all that familiar with the JLA’s supernatural variant, don’t worry, we’ve got you covered. To bring you up to speed on the latest DC-TV news, here’s 5 things to know about Justice League Dark!

THEY FORMED BECAUSE THE JUSTICE LEAGUE FAILED 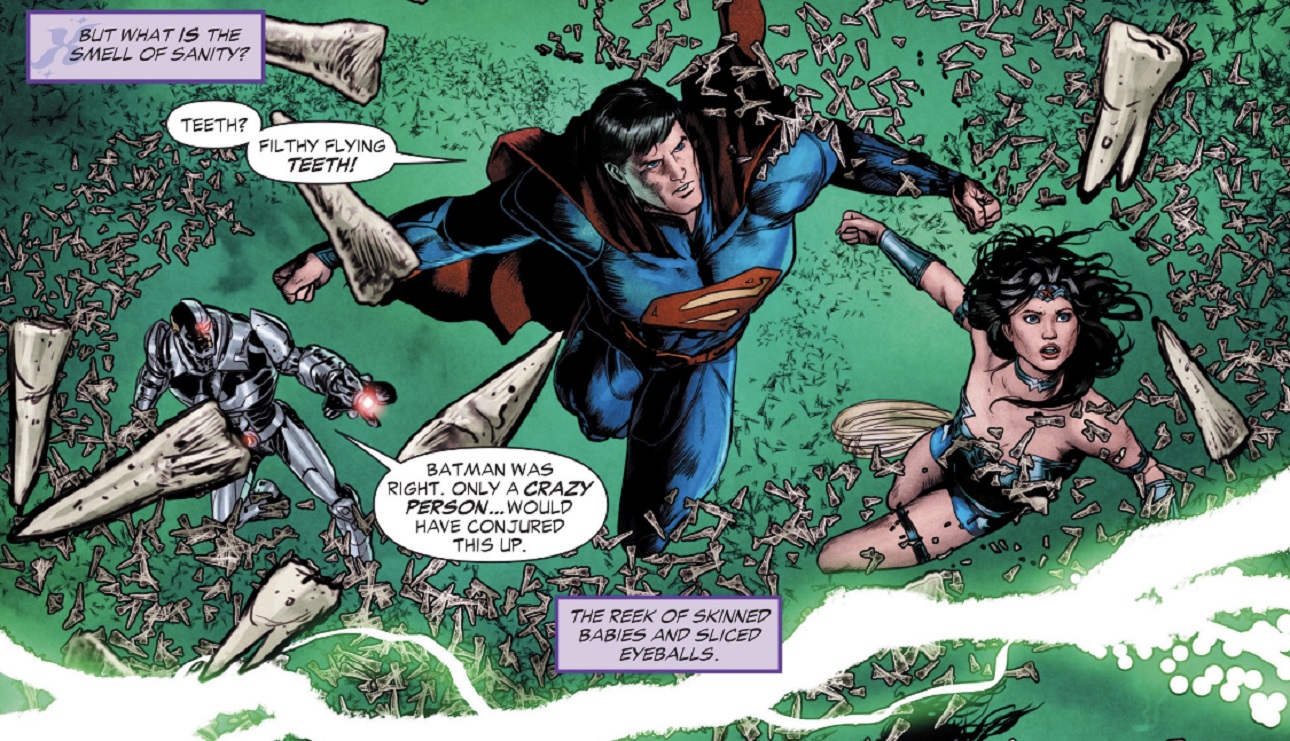 When you have a team that consists of Superman, Wonder Woman, and Batman, it’s hard to imagine anyone that can stop them. But then Enchantress came along... In 2011’s Justice League Dark #1, the Enchantress had been separated from her human host June Moone, and it would be an understatement to say she wasn’t handling it well. Demons roamed the streets, dead bodies piled up, and there was a herd of rotted witches teeth to deal with. The Justice League were out of their depth, and when those big guns can’t handle a crisis, you know things are looking dire. Madame Xanadu gathered a group of DC’s supernatural heroes to combat the threat, and the Justice League Dark was born. The team was officially given their name by Steve Trevor in 2012’s Justice League Dark #9. Let the Justice League handle the colorful and cosmic villains, while Justice League Dark takes care of monsters from the depths of Hell.

THEIR ROSTER CONSISTS OF MONSTERS AND MAGICIANS 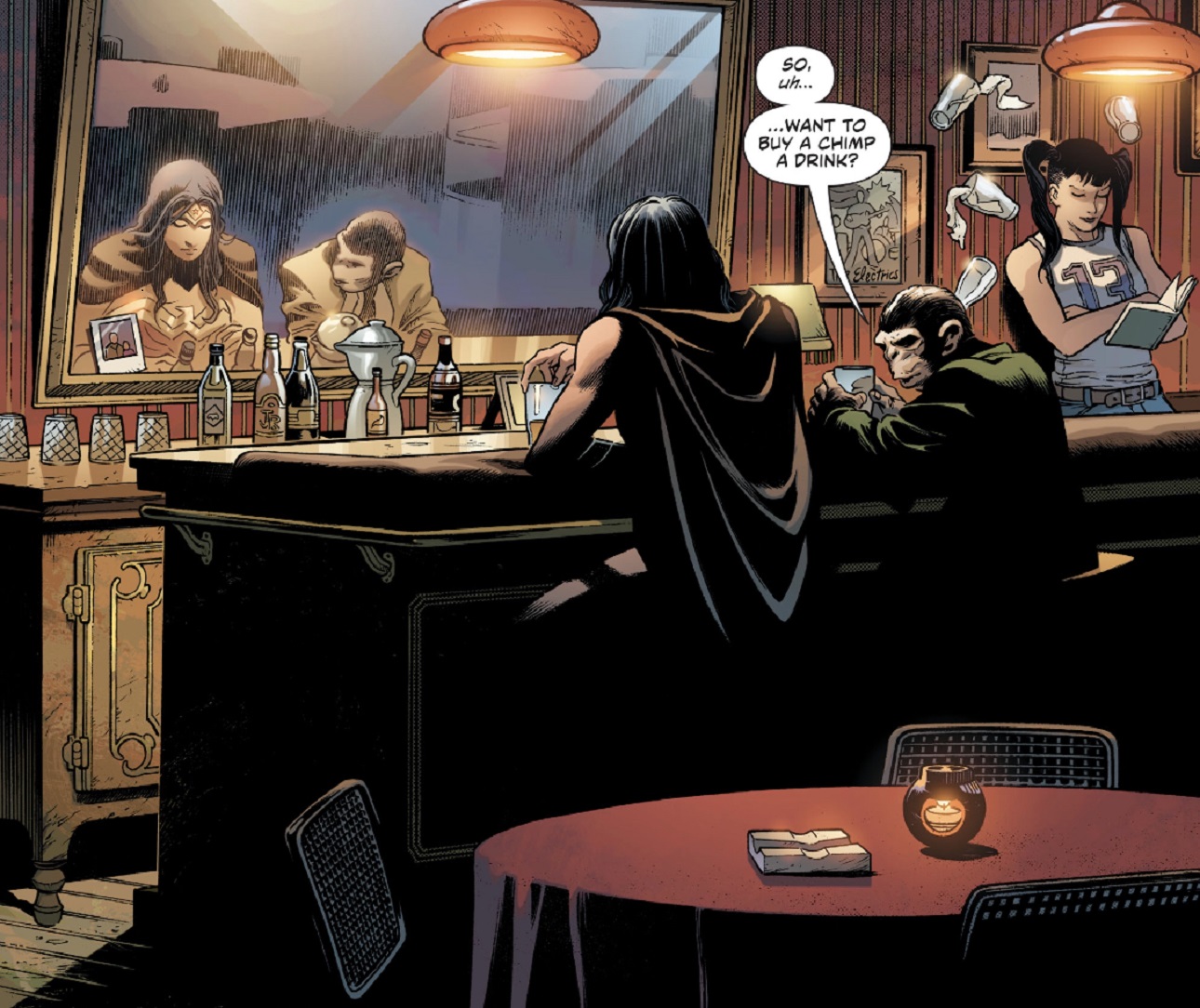 The Justice League’s roster inspires hope, but don’t expect any of that from the JLD. Justice League Dark consists of heroes who might be mistaken for villains. There’s Andrew Bennett, a centuries-old vampire who struggles to control his hunger for human flesh. (By comparison, the Justice League has the Wonder Twins.) The 2018 incarnation of the team added Detective Chimp. As his name implies, he’s an anthropomorphic monkey who solves mysteries, but he also struggles with alcoholism. A drunk monkey who solves mysteries? Sign us up! Different versions of the team have consisted of John Constantine, Deadman, Man-Bat, Swamp Thing, Madame Xanadu, and many more. These heroes aren’t around to make you feel safe, they’re here to make sure the villains have nightmares!

THEY LIVE IN A HOUSE OF MYSTERY 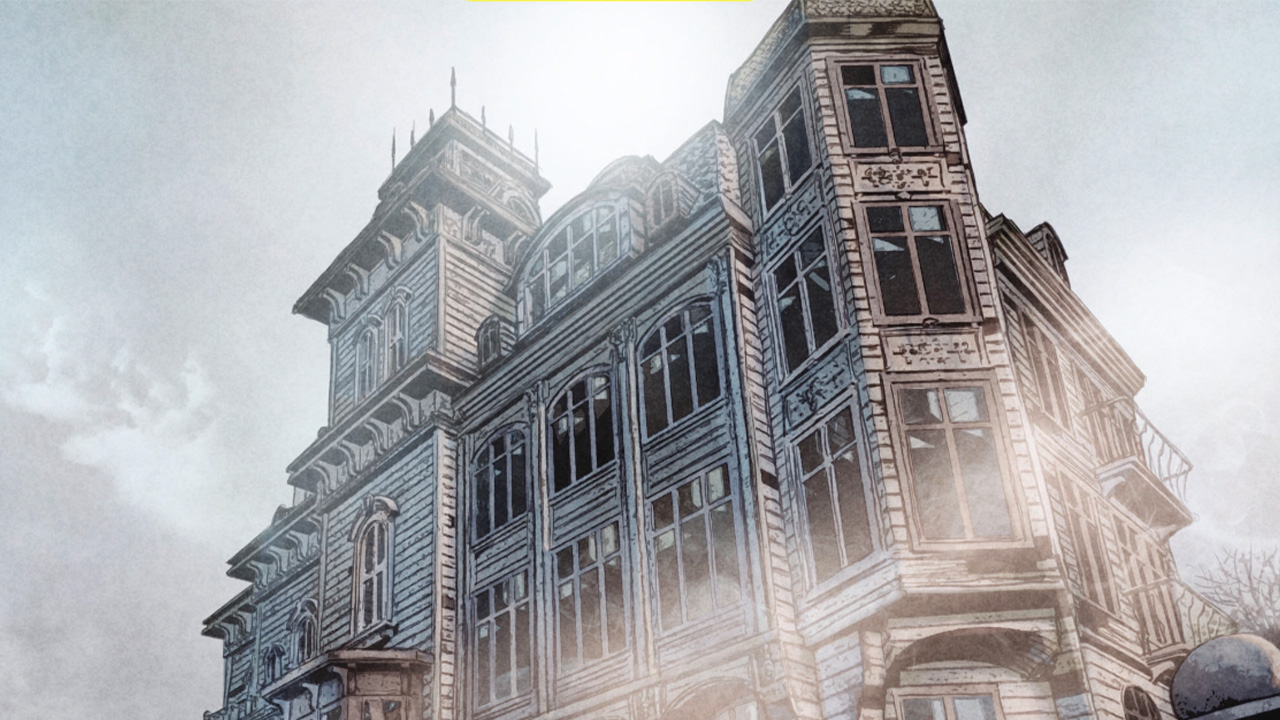 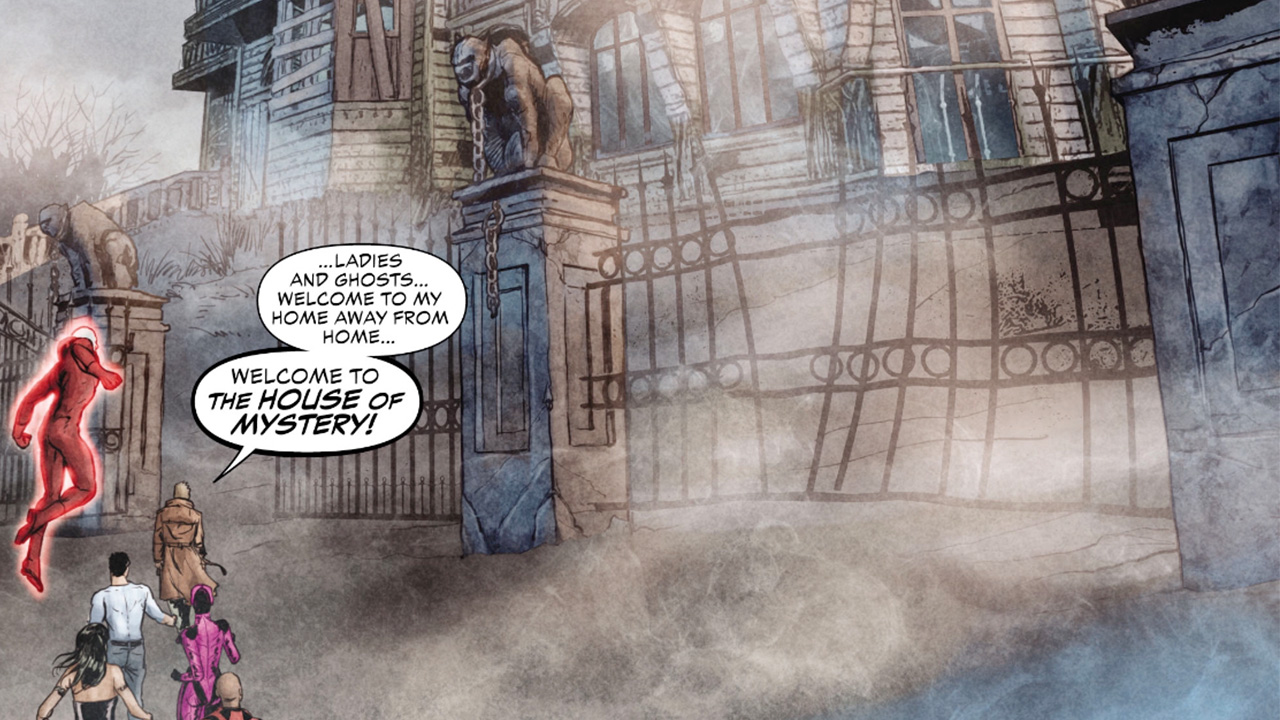 You’ve heard of the Hall of Justice and Titans Tower, but you’ve probably never seen a superhero base quite like the House of Mystery. The House is a strange dwelling that seems to have a mind of it’s own. Its layout changed constantly, even without the help of contractors. It was more than a haunted house, it was a living house that felt like an extra member of the team. DC once published a horror anthology named after the eerie dwelling, which is where supernatural characters like Andrew Bennett made their first appearance. John Constantine won the house in a card game, and figured it would be the perfect base for the Justice League Dark. As an added annoyance, Constantine can use the House to summon any member at any time, which usually proves inconvenient. The current incarnation of the team operates out of the Hall of Justice basement, because there is no way Superman is letting these freaks on the main floor.

THE TEAM STRUGGLES WITH MAGIC ADDICTION 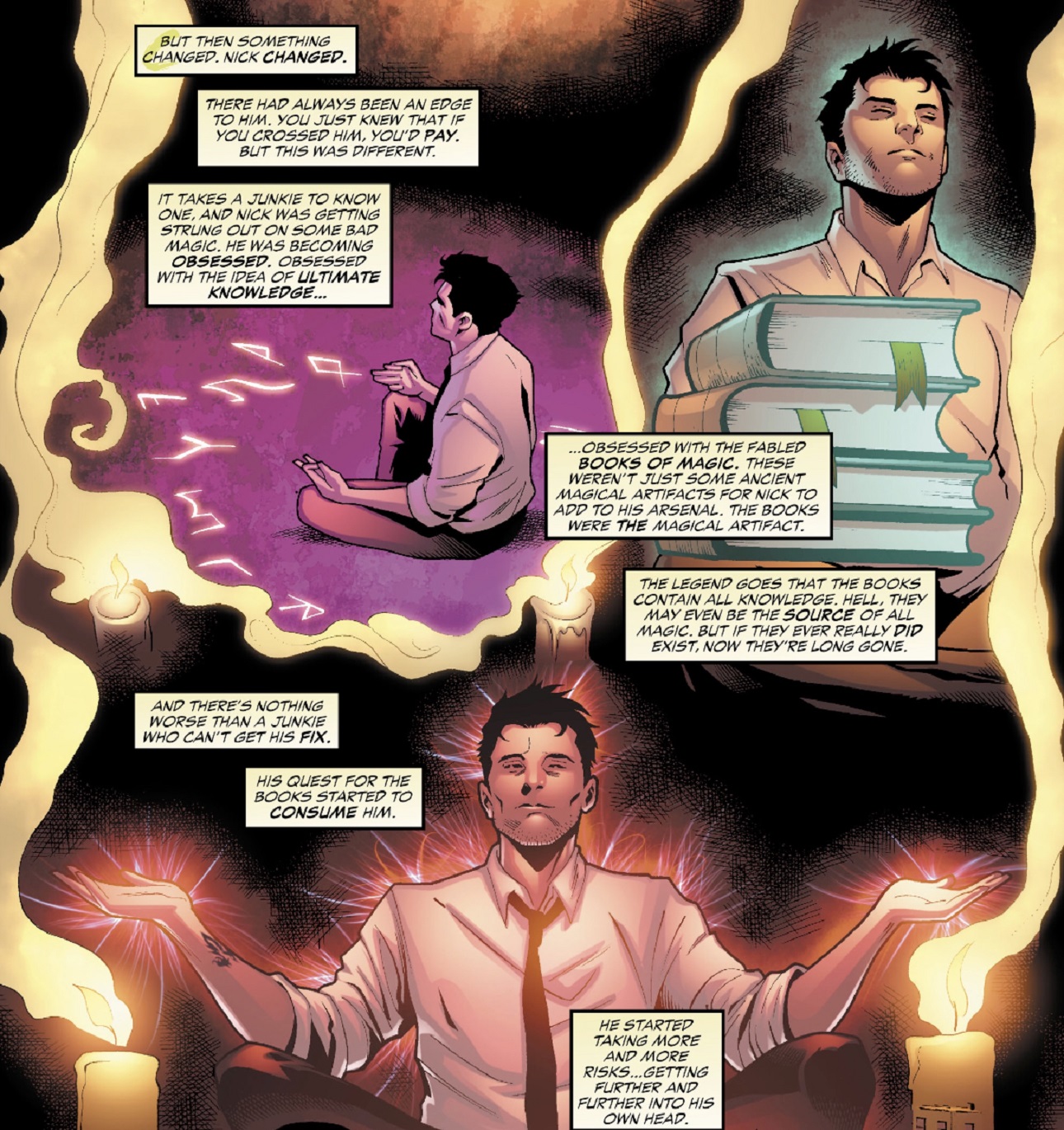 If you ever watched a magic show as a kid, you might think sorcery is a hoot, but Justice League Dark shows the downside to having too much enchantment. The 2011 title would use magic as a metaphor for drug abuse, with 2012’s Justice League Dark #0 a prime example. In this flashback story, Zatanna and Constantine’s mentor Nick Necro got a taste of dark magic, and he craved more. Sorcery could be addictive if not used right, and Nick eventually lost himself to it, winding up in Hell as a result. It was a hard lesson for Constantine and Zatanna, and a theme that carried through the rest of the series. The members of Justice League Dark had to forever fight the seductive powers of black magic.

THEY’VE STARRED IN AN ANIMATED MOVIE 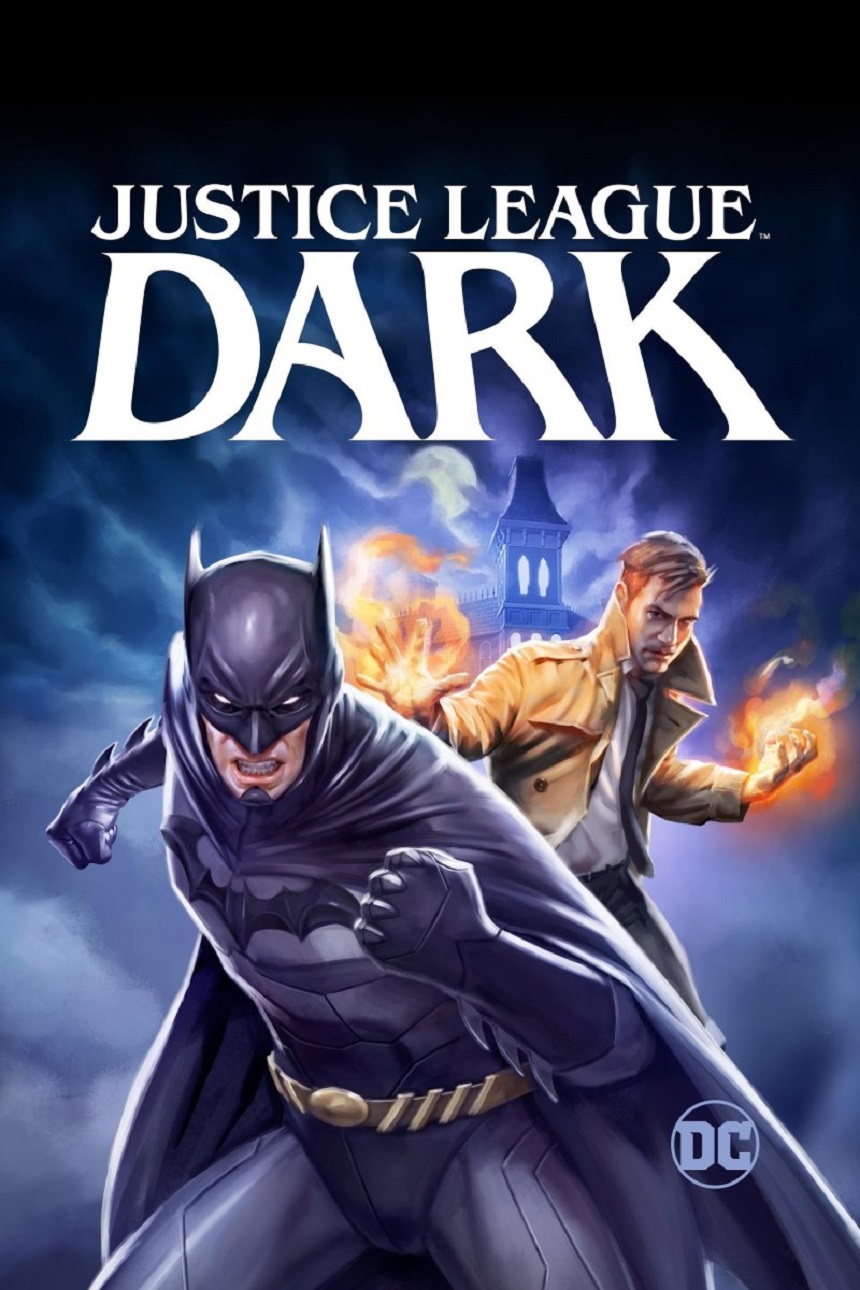 In 2017 Justice League Dark starred in an animated film set in the continuity of DC Universe’s Animated Original Movies. In the film Batman brings together a team of monsters and sorcerers to investigate a supernatural conspiracy that’s causing civilians to commit crimes. The animated version of the team features Constantine, Swamp Thing, Deadman, Zatanna, Black Orchid, and Etrigan. Fans of the live-action Constantine series will be pleased to hear Matt Ryan reprising his role as the sarcastic sorcerer. This film is available to stream right here on DC Universe, and now’s the perfect time to watch -- because the story will continue when the characters return for the next animated movie – Justice League Dark: Apokolips War, due out later this year.

Who is in your fan casting for JUSTICE LEAGUE DARK? Let us know in our Community!