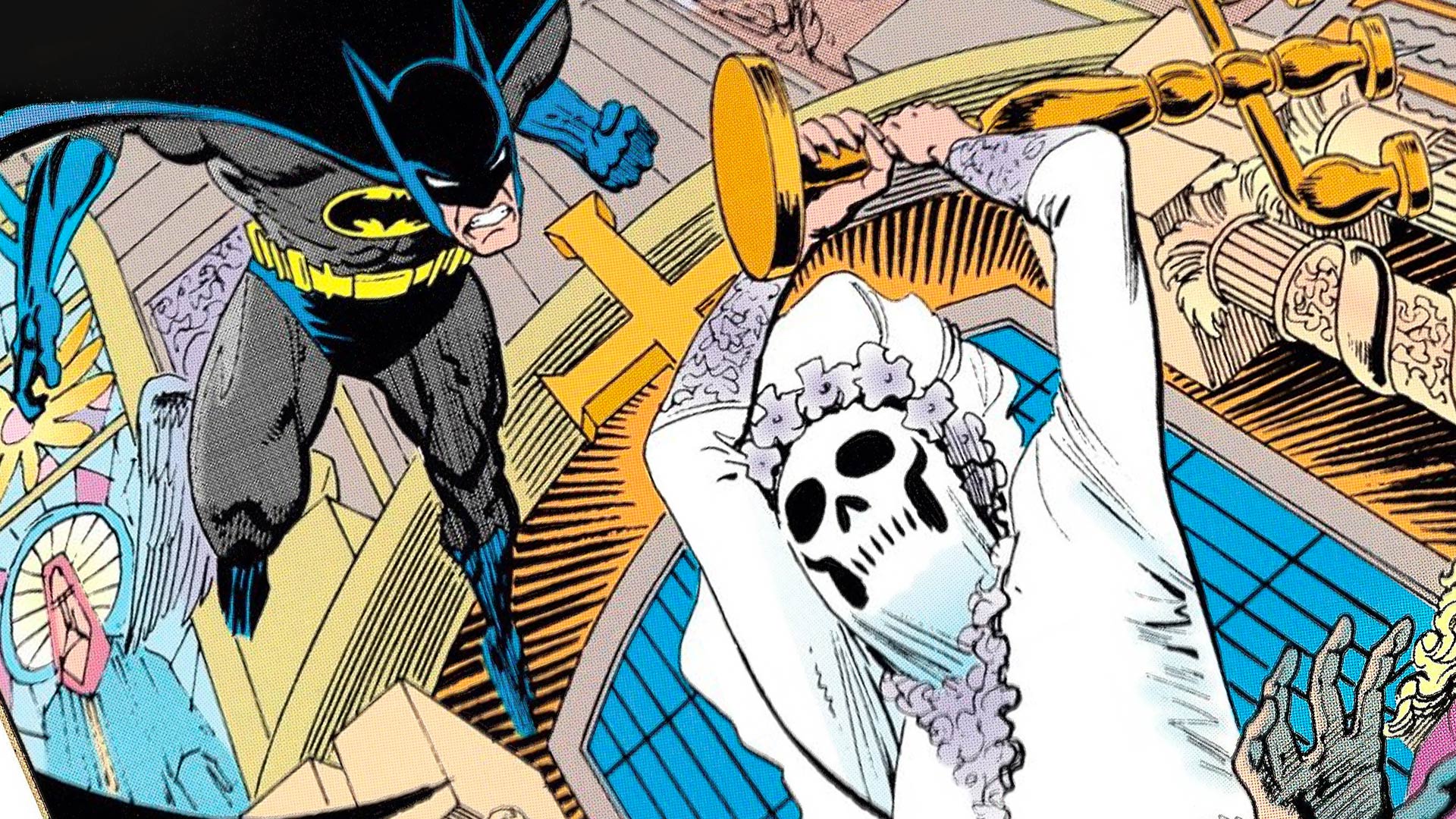 If you can't get enough of ghouls, goblins, and things that go bump in night, but aren't sure where to start with the super hero set, then we've got just the right comics for you. The heroes of the DC Universe stretch across many genres, including horror! From unforgettably spooky settings to chilling villains and beyond, here are 5 can't miss DC Super Hero comics for horror fans. For a Batman-level challenge, try reading these at midnight with the lights off... 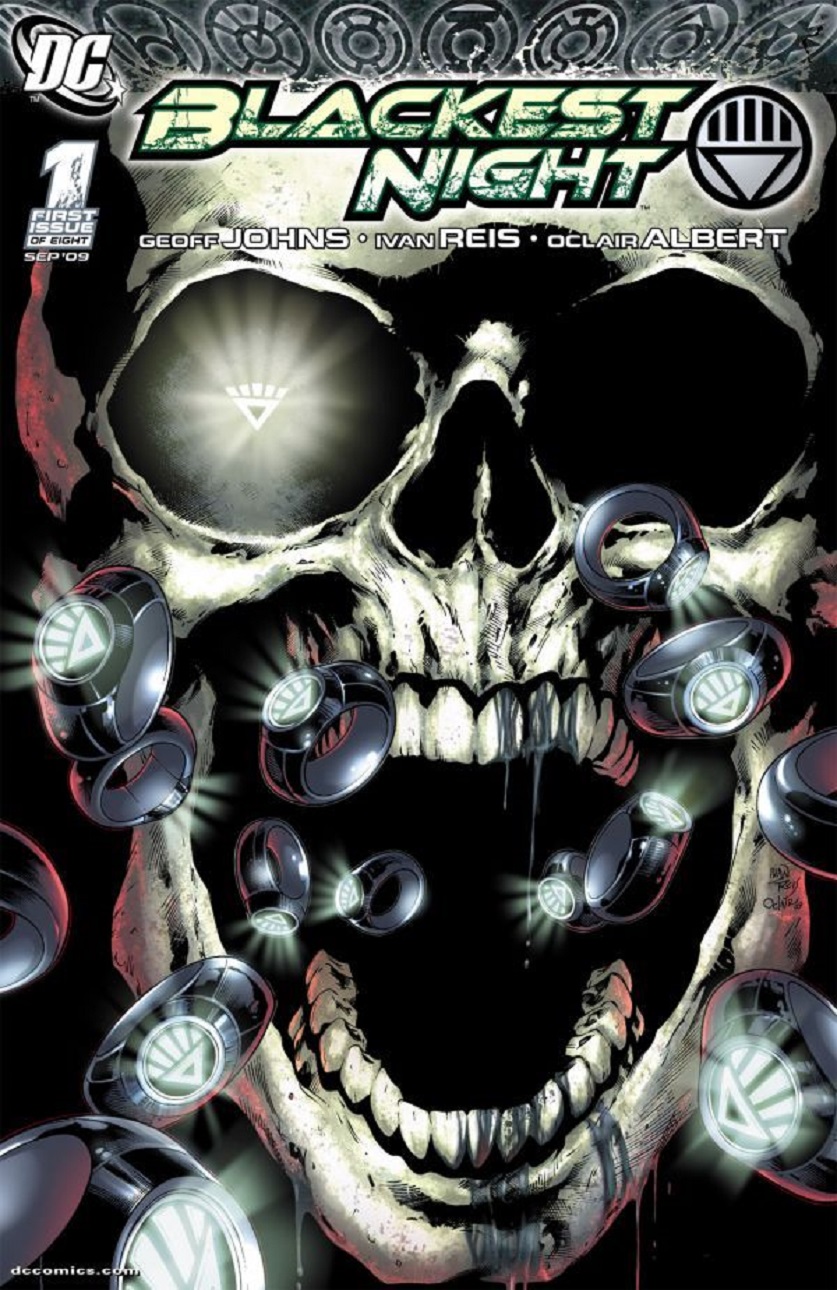 WHAT’S IT ABOUT: The dead start to rise in the DC Universe, bringing its heroes to their knees! Here, the demon Nekron creates the Black Lantern Rings and uses them to recruit an army of undead warriors. The rings reanimate corpses around the world, creating an unstoppable army of Black Lantern Corps. As if things weren’t difficult enough for the heroes, many of the Black Lanterns are reanimated versions of their loved ones and fallen allies. Would you be able to fight a zombie that looked like your dead wife or child? The horror is two-fold as the Blackest Night causes many DC heroes to relive their most tragic losses. If you thought a zombie apocalypse was scary, imagine what would happen if the zombies had super powers!

WHERE TO READ IT: Blackest Night #1-8 and a variety of crossovers. 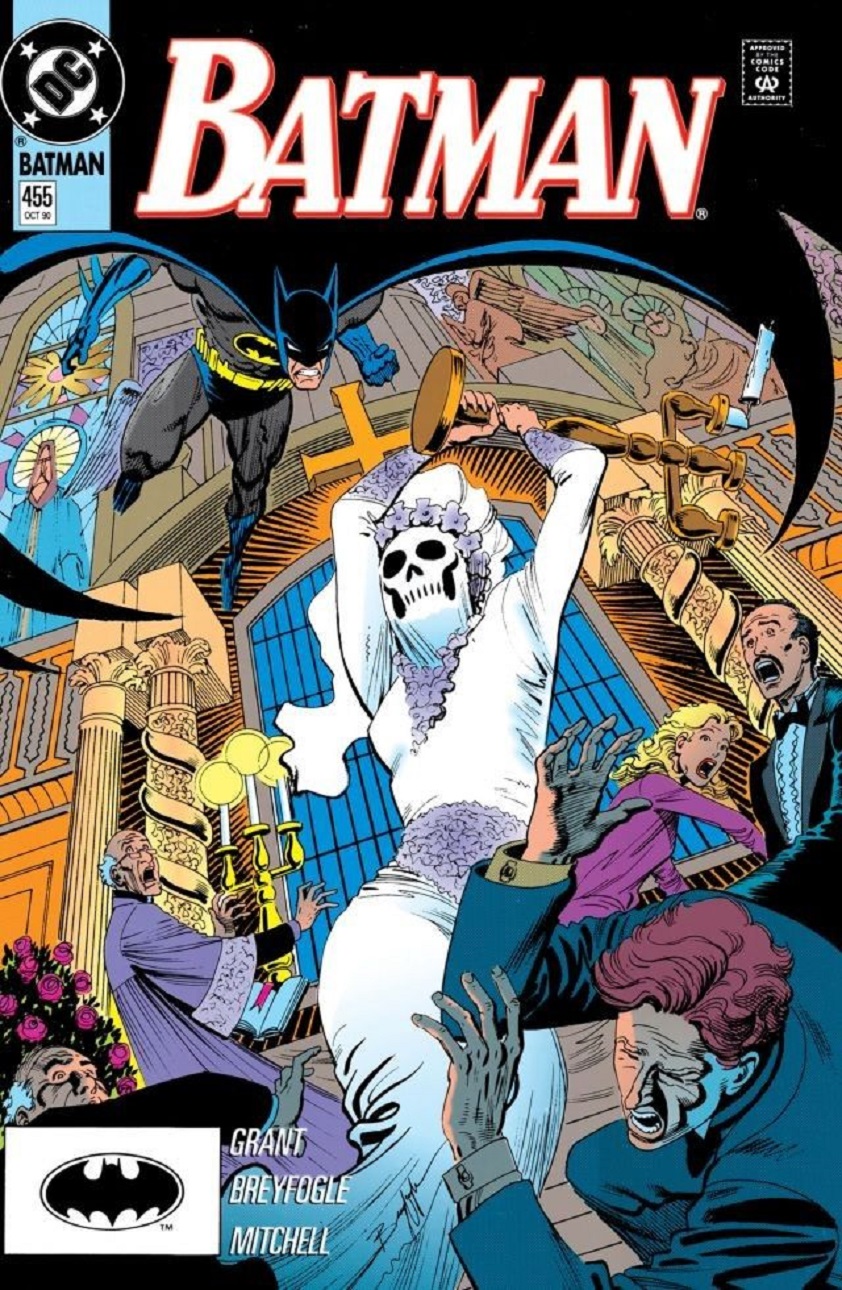 WHAT’S IT ABOUT: Batman and the police are baffled when a mysterious phenomenon causes Gotham’s citizens to burst into a murderous rage. Masked men are stalking people in the streets, and the city is soaked in nightmares. Reporter Vicki Vale investigates the spontaneous attacks, and almost forfeits her life as a result. Meanwhile, young Tim Drake, is suffering from a series of horrific nightmares after the recent death of his mother, and wonders if he has what it takes to be the next Robin. Batman, Vicki, and Tim eventually come together as they confront their deepest fears and learn who's behind the horror. The team of writer Alan Grant and artist Norm Breyfogle do horror well, as their nightmarish mindscapes help make this one of the most memorable Batman stories of its era. Read this classic at your own risk – it may cause you to fear every stranger you encounter on the streets... 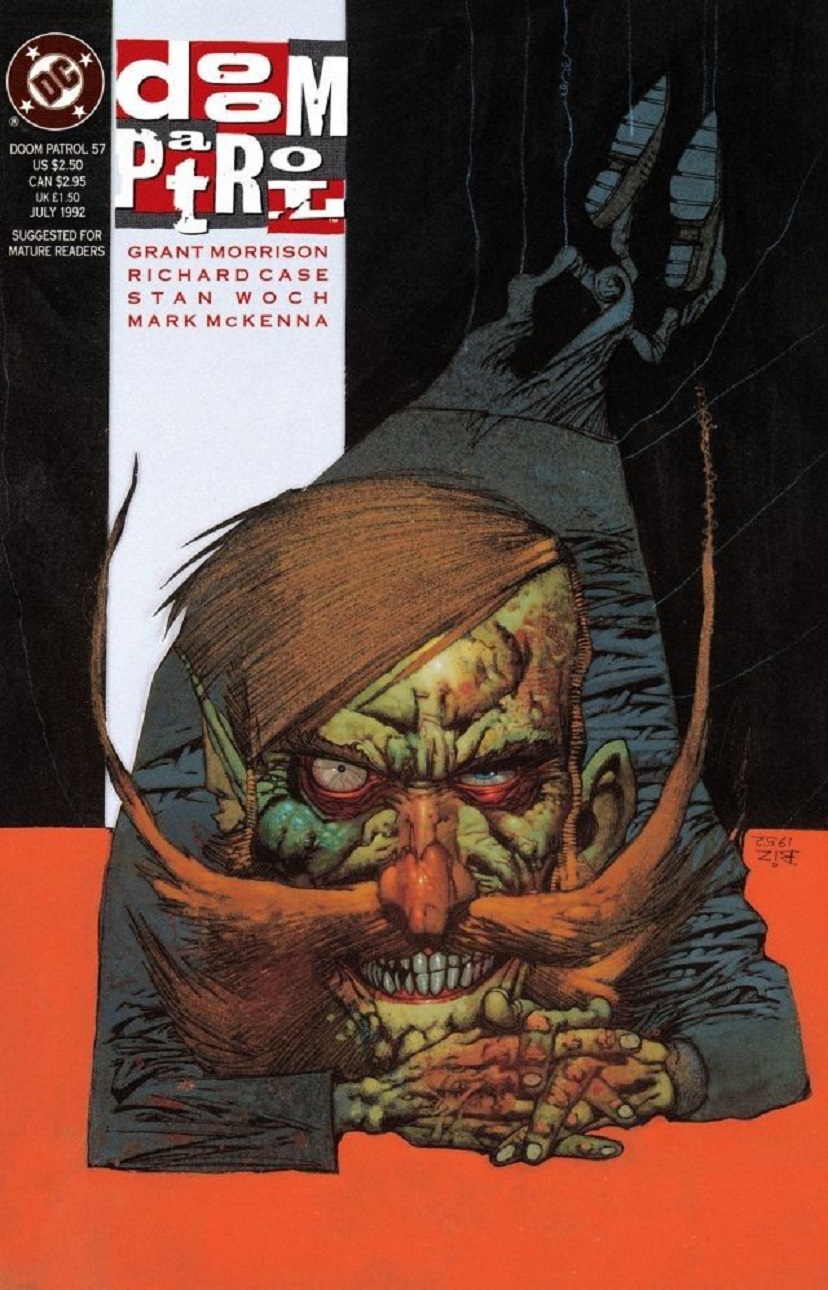 WHAT’S IT ABOUT: As children, we’re often told that the monsters we imagine under our bed aren’t real -- but what if they are? Dorothy Spinner is a member of a misfit group of heroes called the Doom Patrol, and she has the power to bring her imaginary friends to life. But when Dorothy’s imagination releases a dangerous creature called the Candlemaker, the Doom Patrol is in for the fight of their life. The Candlemaker begins his reign of destruction by ripping Niles Caulder’s head off of his body and tearing Cliff Steele’s brain in half. How can the rest of the team defend themselves from the very creature that nightmares are made of? This horrific tale is the final act of writer Grant Morrison’s legendary Doom Patrol run, and it puts the team up against its most dangerous foe to date. Should you choose to read this frightful tale, don’t let your imagination run away with you – you never know what nightmares you might bring to life!

Justice League Dark: “In the Dark” 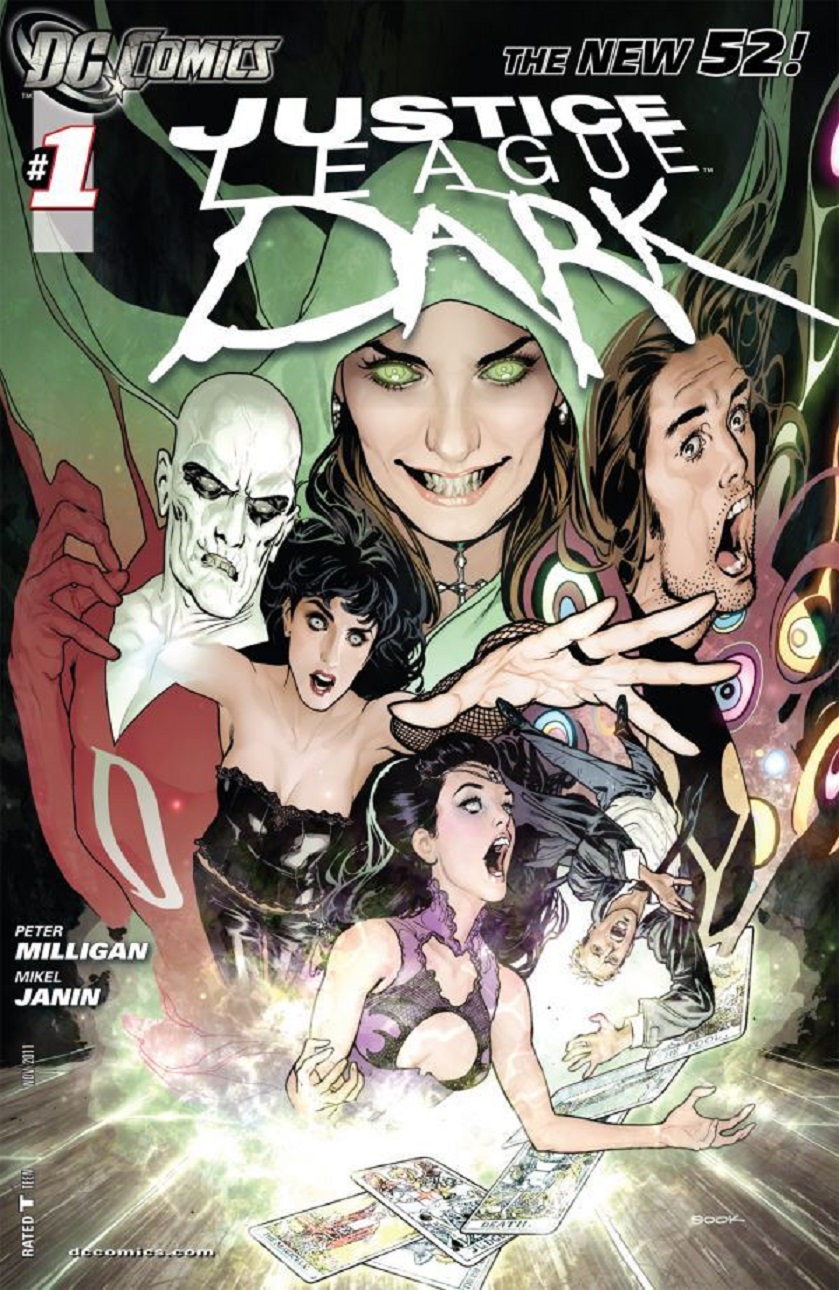 WHAT’S IT ABOUT: You can’t fight the occult alone. John Constantine, Madame Xanadu, Shade, Deadman, and Zatanna all have experience dealing with the supernatural, and for the first time a threat arises that’s so eerie they’re forced to combat it as a group. When the witch Enchantress is separated from the host body of June Monroe, she begins a worldwide rampage. The villainess’s mystical powers bring terror to the world’s population, with even the Justice League powerless to stop her. The supernatural heroes of the DC Universe must come together to form their own strike force, even if it means fighting terror with more terror. This story introduces a new team, Justice League Dark, that might be even scarier than the threats it faces.

The Spectre: “The Haunting of Jim Corrigan” 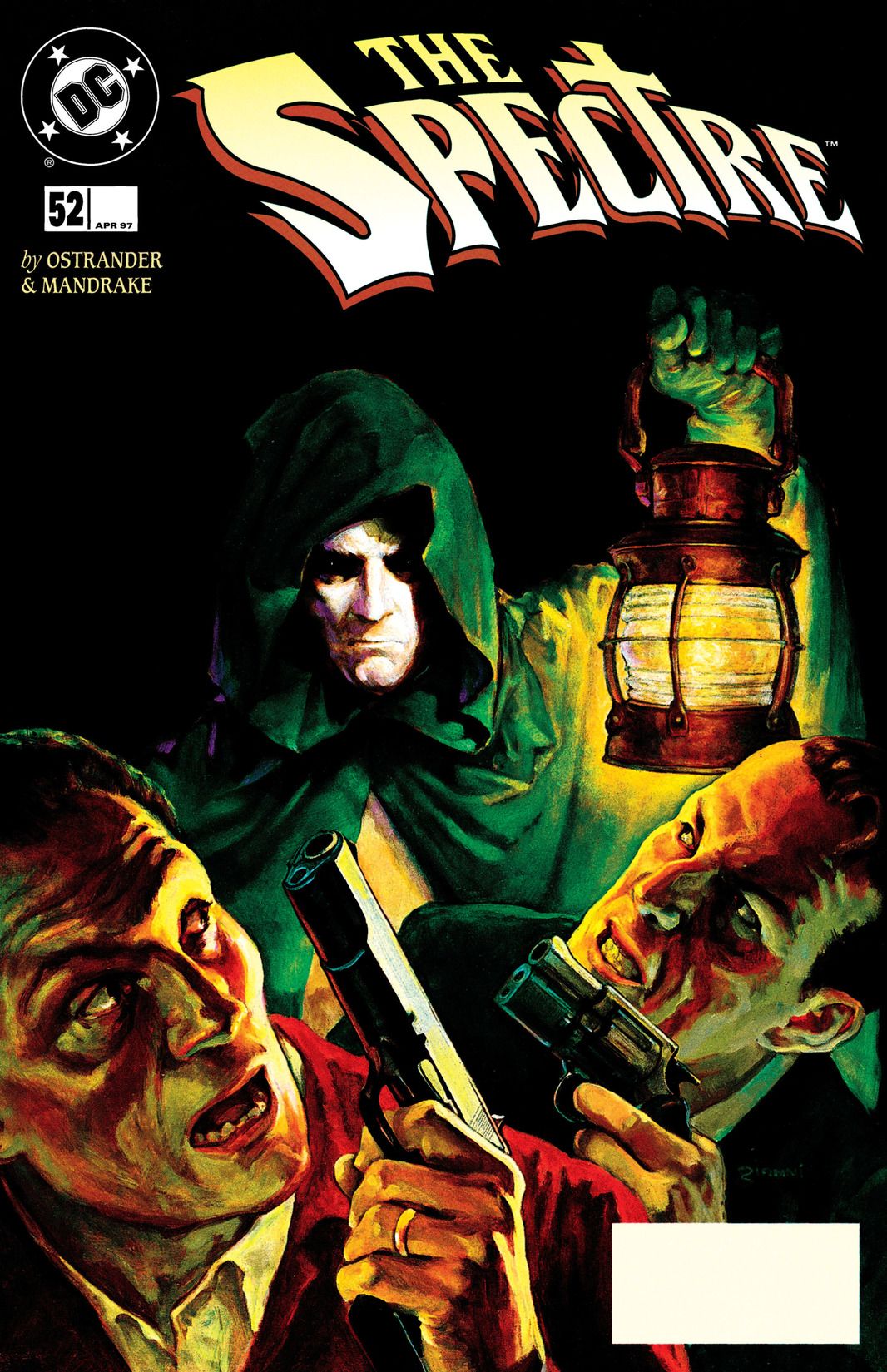 WHAT’S IT ABOUT: The supernatural entity known as the Spectre has always punished the guilty. But what happens when he encounters an innocent man who's awaiting an unjust punishment? While rampaging through Attica, sending death row prisoners to their final reward, the Spectre meets a wrongfully accused man. The ghostly antihero works to clear the innocent man while punishing the guilty folks he finds along the way. And if you know anything about Spectre, you know that his punishments are some of the most terrifying bits of torture anyone has ever dreamed up. Tom Mandrake illustrates the Spectre at his most terrifying, while writer John Ostrander brings us deeper into the mind of Jim Corrigan, giving us more pathos in his mission of repentance. Reading this story may cause you to reconsider any future misdeeds. After all, you DON'T want the Spectre to punish for you.

What are your favorite spooky super hero stories? Let us know in our Community!