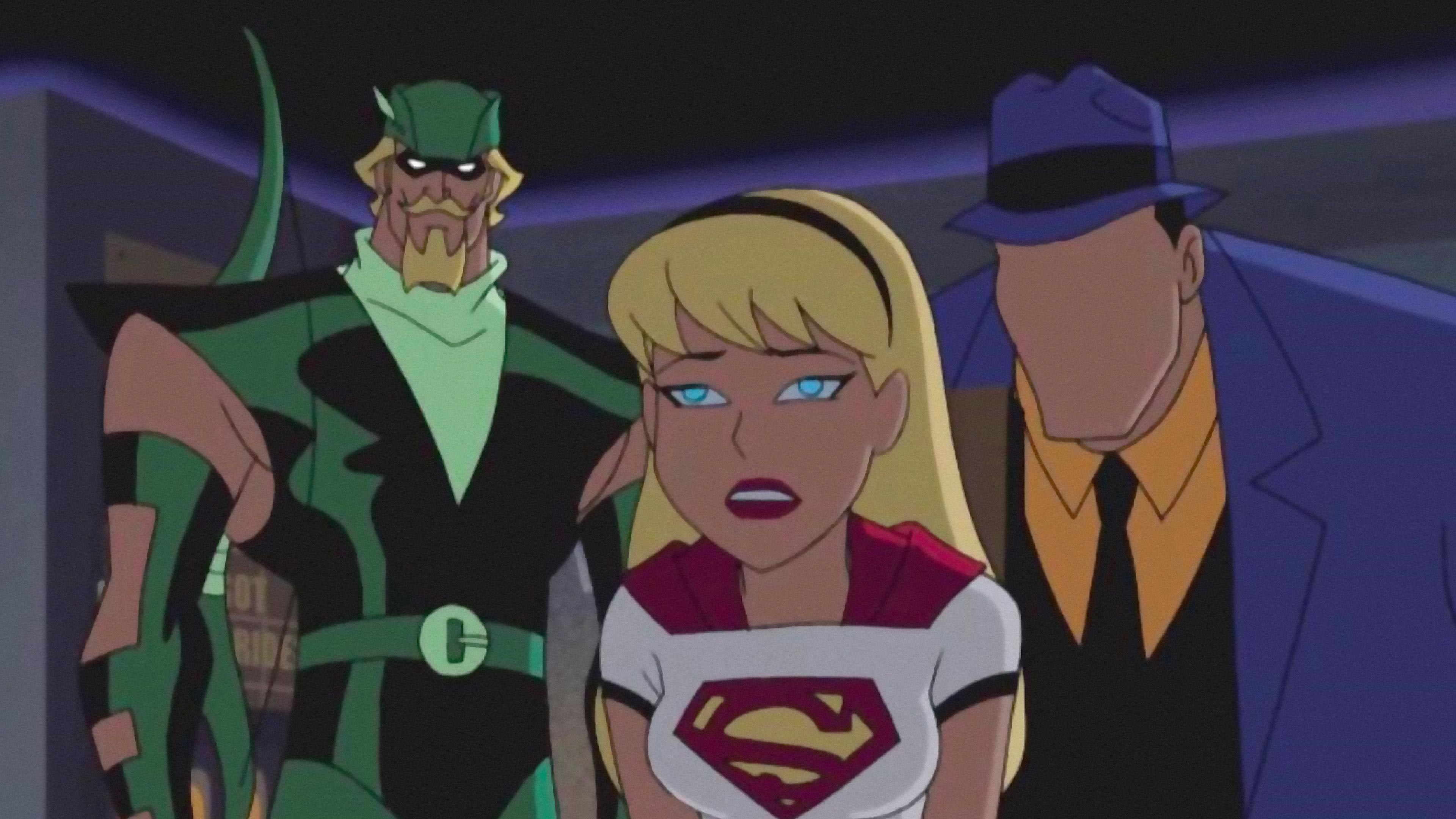 When the animated series ‘Justice League’ ended its second season with both the original band of seven whittled down to six and the Watchtower destroyed, viewers were left in doubt as to how the team could possibly continue. They would only have to wait for the next season’s premiere, when the show was rebranded as ‘Justice League Unlimited,’ a relaunch that grew the membership of the team to over fifty heroes. Some members of the roster were returning favorites, like Supergirl, while others were heroes that fans had waited years to see adapted by the creative team, like Green Arrow. For the next three seasons, the series would showcase a plethora of colorful characters, heroes, and villains from DC’s history. It was only fitting that they would spark off from episode to episode. However, that meant that we would see some pretty weird and unexpected pairings. In all the thirty-nine episodes of JLU, let’s see which ones featured the strangest team ups of the whole show! 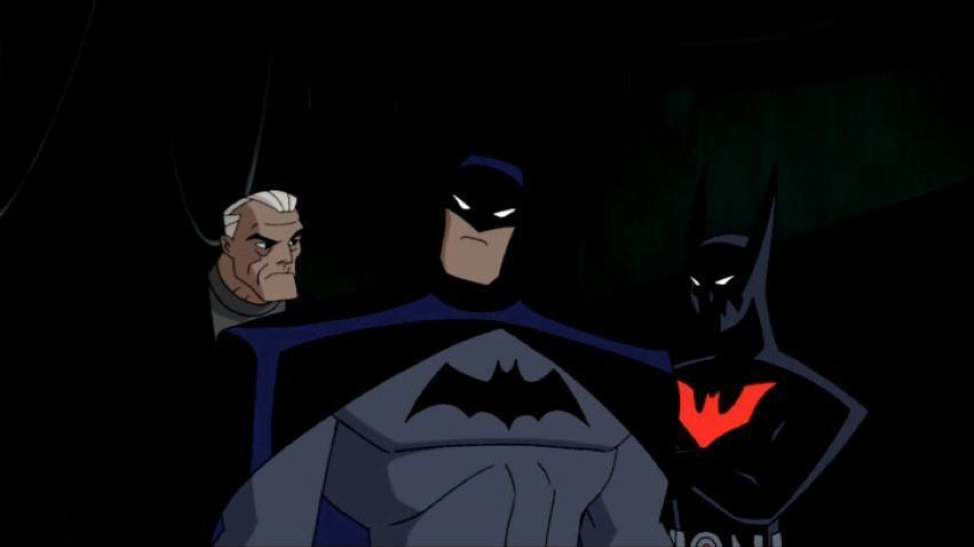 In part two of the season finale “The Once and Future Thing: Time Warped”, Batman, Green Lantern and Wonder Woman track the villain Chronos to Neo-Gotham, the setting of Batman Beyond taking place fifty years from the present. They run afoul of the Jokerz gang and are roundly beaten by the evil teens souped-up weapons and tech-upgrades. Luckily, they’re rescued by the remaining members of the Justice League Unlimited: Batman (Terry McGinnis), Static (a sixty-five year old Virgil Hawkins) and War Hawk. After escaping the Jokerz, the heroes return to their remaining headquarters: a derelict Hamilton Hill High School. There, Batman meets his future self in the form of an eighty-year old Bruce Wayne. Of all the surprises JLU gave to the fans, this was one that ranks as the least expected. We hear Kevin Conroy’s harsher inflection as old Bruce interact with his calmer, even-toned timbre as the classic Batman. We also see differences in how young Batman and old Bruce interrogate, the future Batman commenting on the unlikeliness of the two meeting, and how they’re still frustratingly similar. 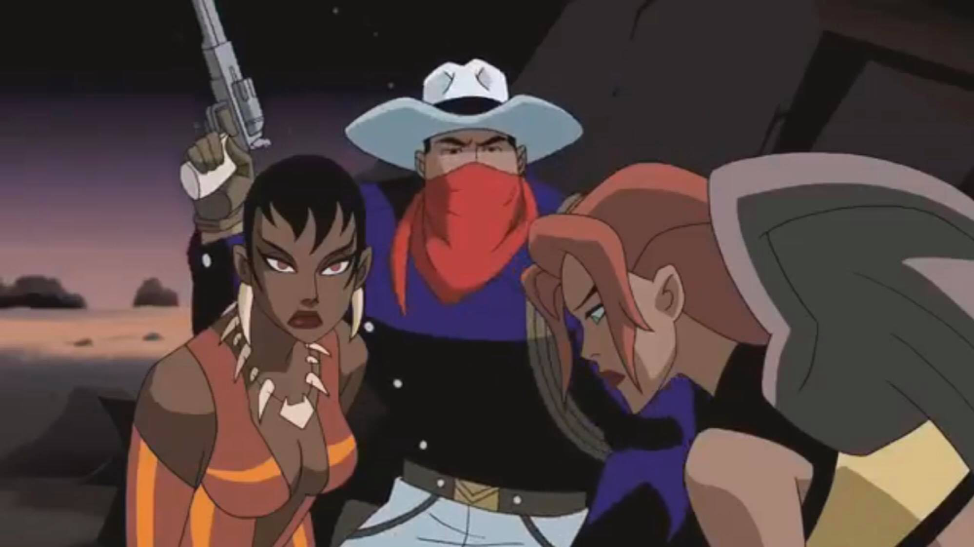 In the episode “Hunter’s Moon”, a distress signal on a distant planet with radioactive Nth Metal prompts Shayera Hol to lead a rescue team over to help. The team – consisting of Vixen and Vigilante –comes with a history of baggage that worsens once they realize the whole thing is a trap by a gang of rogue Thanagarians bent on revenging themselves from Shayera’s betraying them in the season two finale “Starcrossed”. Vigilante recalls being trapped and tortured by the Thanagarians during their invasion and holds a grudge against the alien race. Vixen and Shayera’s tensions are more personal. After Shayera left the Justice League, Green Lantern bgean dating Vixen, and apparently has spent a lot of time bragging about Shayera, making Vixen envious. Both women are aware of the other’s feelings and the fact that John Stewart loves both of them, giving the episode a degree of tension as to who might betray who first. But as Vixen says, they’re all Justice League: heroes who don’t turn their backs on one another. They stick together to make it home safely, and the two women begin trading drinks and stories over what they both like (and dislike) about their favorite marine Green Lantern.

3. The Flash, Batman, and Orion 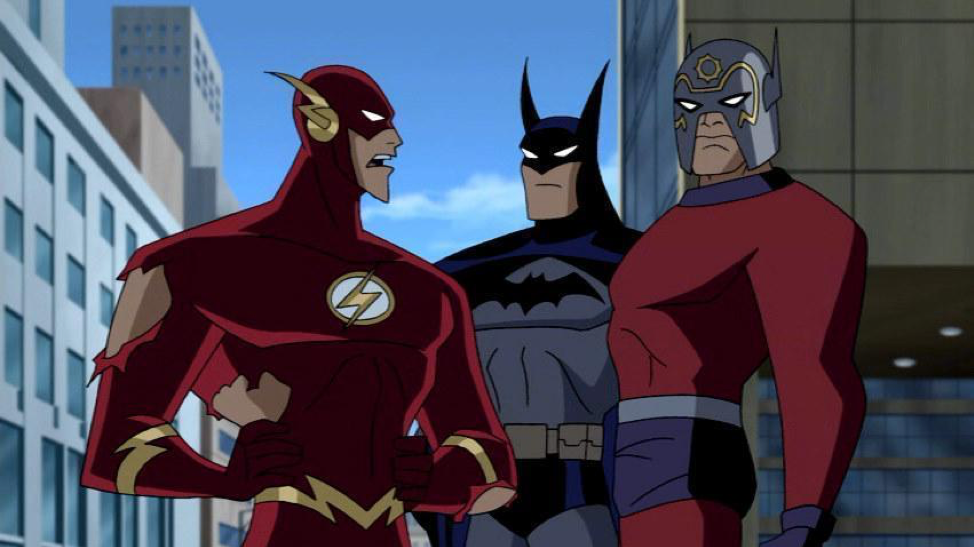 In “Flash and Substance,” it’s Flash Appreciation Day in Central City, and the Scarlet Speedster invites Batman and Orion to accompany him. It’s just as well, as members of his rogues gallery team up to get the drop on him at the grand opening of the Flash Museum. This is a subtle episode, where much of the team dynamic comes from Orion’s incredulity at Flash’s easygoing attitude and the low-level stakes of the danger from his supervillains. Throughout the episode, the son of Darkseid can’t fathom as to why a city would celebrate such a light-hearted, seemingly goofy character. Batman guides him through their assistance in helping Flash round up Mirror Master, The Trickster, Captain Cold and Captain Boomerang, and by the end of the day we see its exactly the kind of nice-guy simplicity that makes The Flash so valuable in his hometown. The episode ends with our understanding that the dark heroes in Batman and Orion might’ve learned a thing or two in watching such a happy-go-lucky hero at work.

4. Supergirl, Green Arrow, and the Question 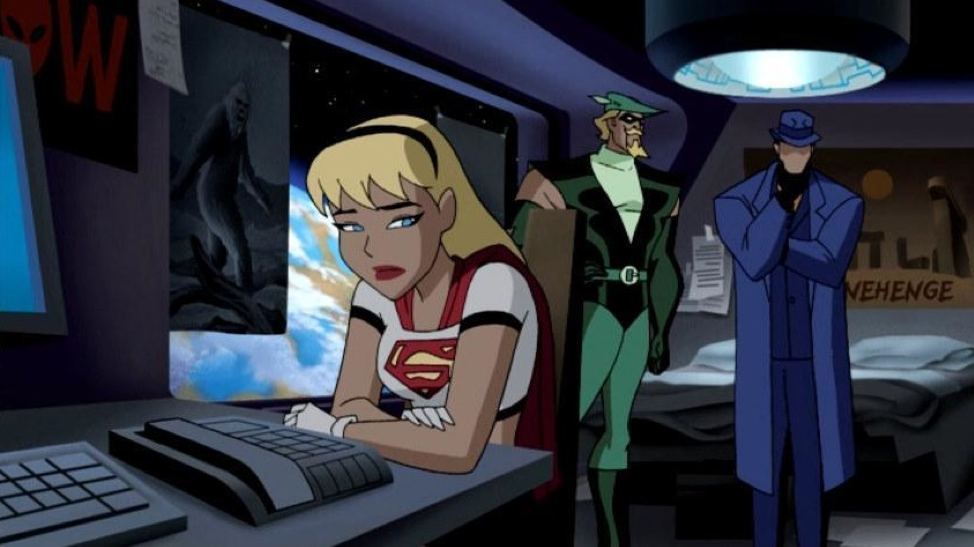 In “Fearful Symmetry,” Supergirl is having nightmares about killing people. After J’onn J’onzz fails to help her through telepathy, The Question intercepts and introduce the idea that her dreams are connected to a global conspiracy. What follows is a trail of breadcrumbs that leads the two and Green Arrow (providing a fair amount of skepticism) to S.T.A.R. Labs, the home of General Hardcastle and a case of a missing scientist. All are connected to the government’s attempts to recreate an evil Kryptonian after Superman wreaked havoc on humanity under the brainwashing of Darkseid. (This was back in the series finale of Superman: the animated series “Legacy.”)

The three bounce off each other well. Arrow and Supergirl were introduced and became fast friends in the season premiere “Initiation,” but this would be viewers first look at the series’ take on The Question, portrayed with sinister cool by Jeffery Combs (who also voiced Scarecrow on The New Batman Adventures). While the answers discovered in this episode only led to more questions, what makes this episode memorable is the dynamic between the conspiracy theorist, the superpowered teenager and the liberal skeptic. 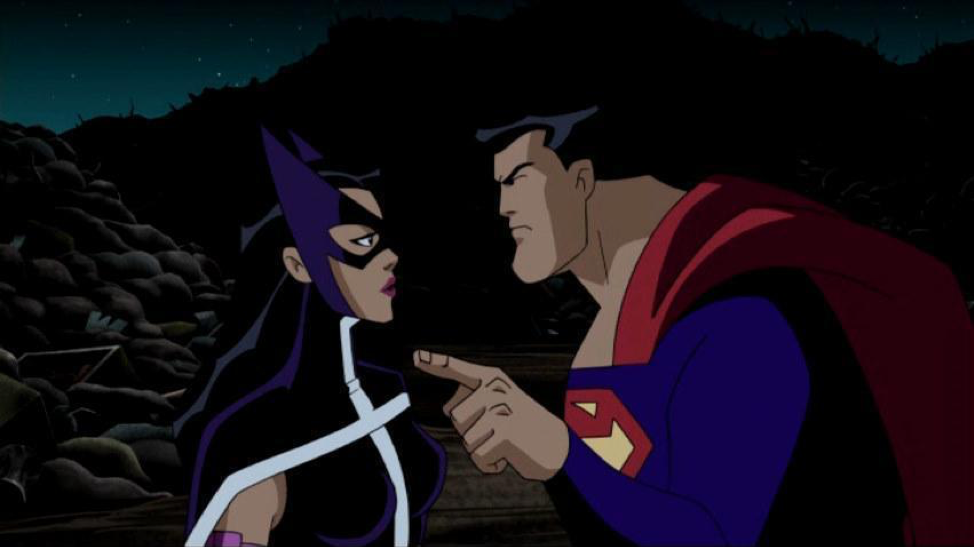 Throughout ‘Justice League: Unlimited’, a long-running storyline involving past continuity of the previous DC Animated Shows and the aforementioned ending to ‘Superman: The Animated Series’ bubbled in the background. Beginning with “Fearful Symmetry” and continuing throughout the following season, the “Cadmus Arc” as it came to be known was put in direct spotlight through the investigations of The Question. In “Question Authority,” he learns too much and is captured by Lex Luthor. Luckily, he’d been dating The Huntress at the time, and before his capture she witnessed a video of Superman killing President Luthor playing in his apartment. Huntress convinces Superman to help rescue Question (by means of kidnapping Jimmy Olsen), and the two storm Cadmus HQ. It’s a brief team-up, but one that carried over two episodes, concluding in “Flashpoint.” Despite the short amount of time, their differing approaches to herodom are on display. Huntress was fired from the Justice League for employing lethal force and urges Superman to shut down Cadmus without hard evidence. Superman – and the League at large – operate under a “No Killing” code, so at times he’s forced to reign her in, especially once they find The Question who’d been tortured for over a week. Nevertheless, the two make short work of the Cadmus guards, and though they’re momentarily stalled by a recently turned Captain Atom, they manage to save Question and uncover more of Cadmus’ nefarious plot to destroy the League.

What's your favorite 'Justice League Unlimited' Combination? Talk about it in our Community!