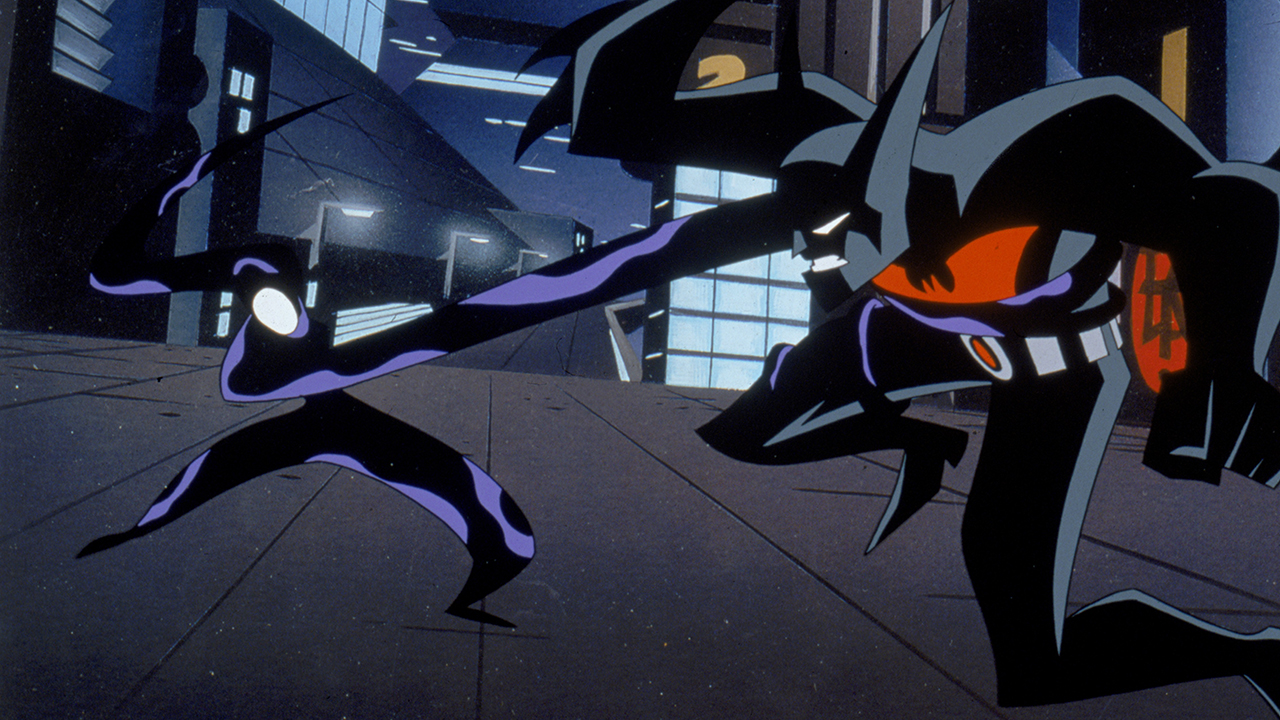 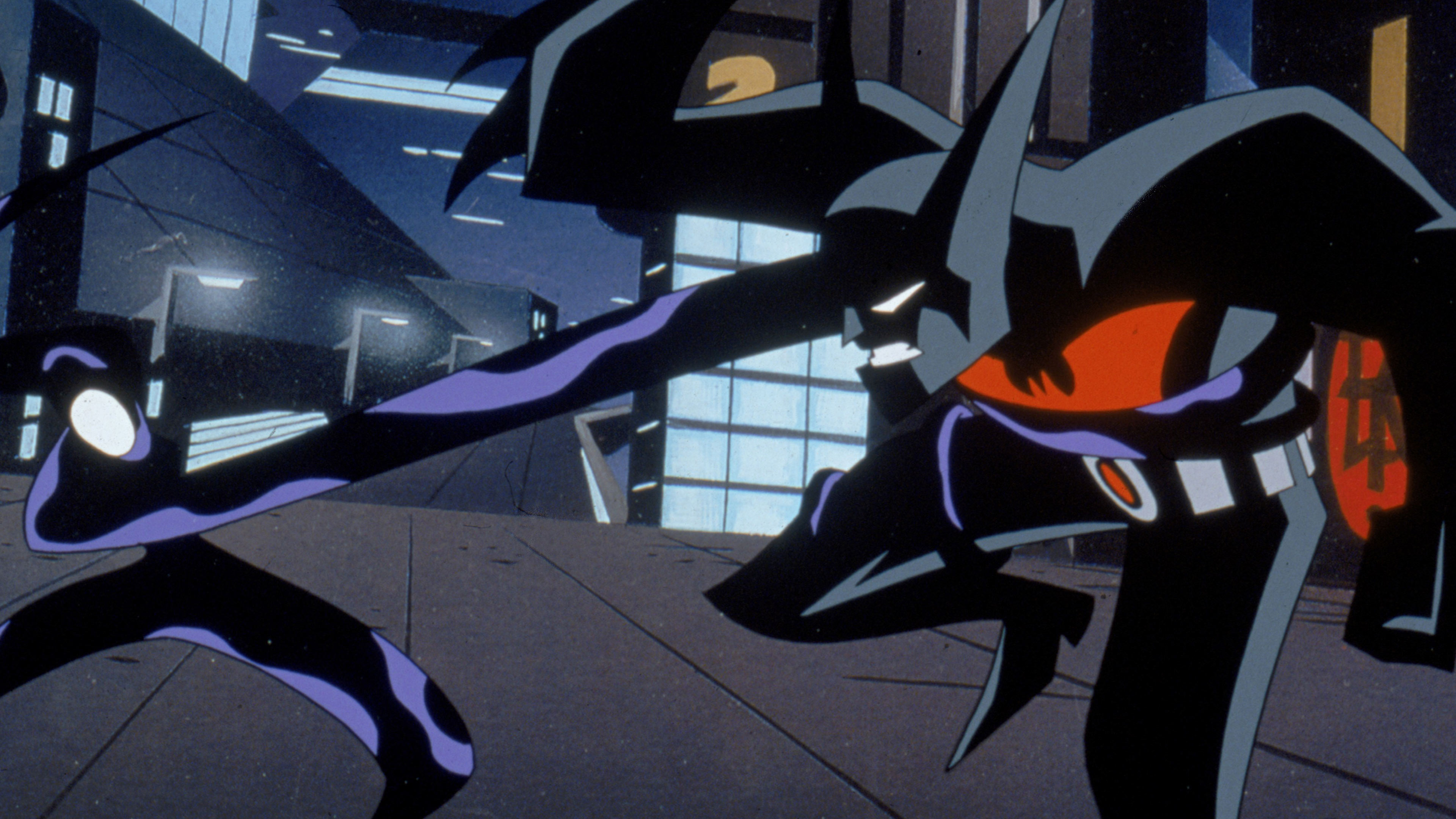 5 Schway Villains Introduced in BATMAN BEYOND

Bring on the bad guys! Let’s face it, one of the most interesting things about Batman has always been his rogues gallery. This is true no matter what era you’re in – including the far future depicted in TV's ‘Batman Beyond’! The animated series -- the first season of which arrives on DC Universe this Friday, August 23rd, remastered in HD for the first time -- has some crazy futuristic gadgets, a state-of-the-art batsuit, and a Batmobile unlike any other. But ‘Batman Beyond’ never would’ve reached its creative heights without all the schway villains it introduced. Since the original Gotham City criminals are some of the most iconic super-villains in the DC Universe, these new baddies had some big shoes to fill. But they performed spectacularly. Here are five that stood out from the rest... 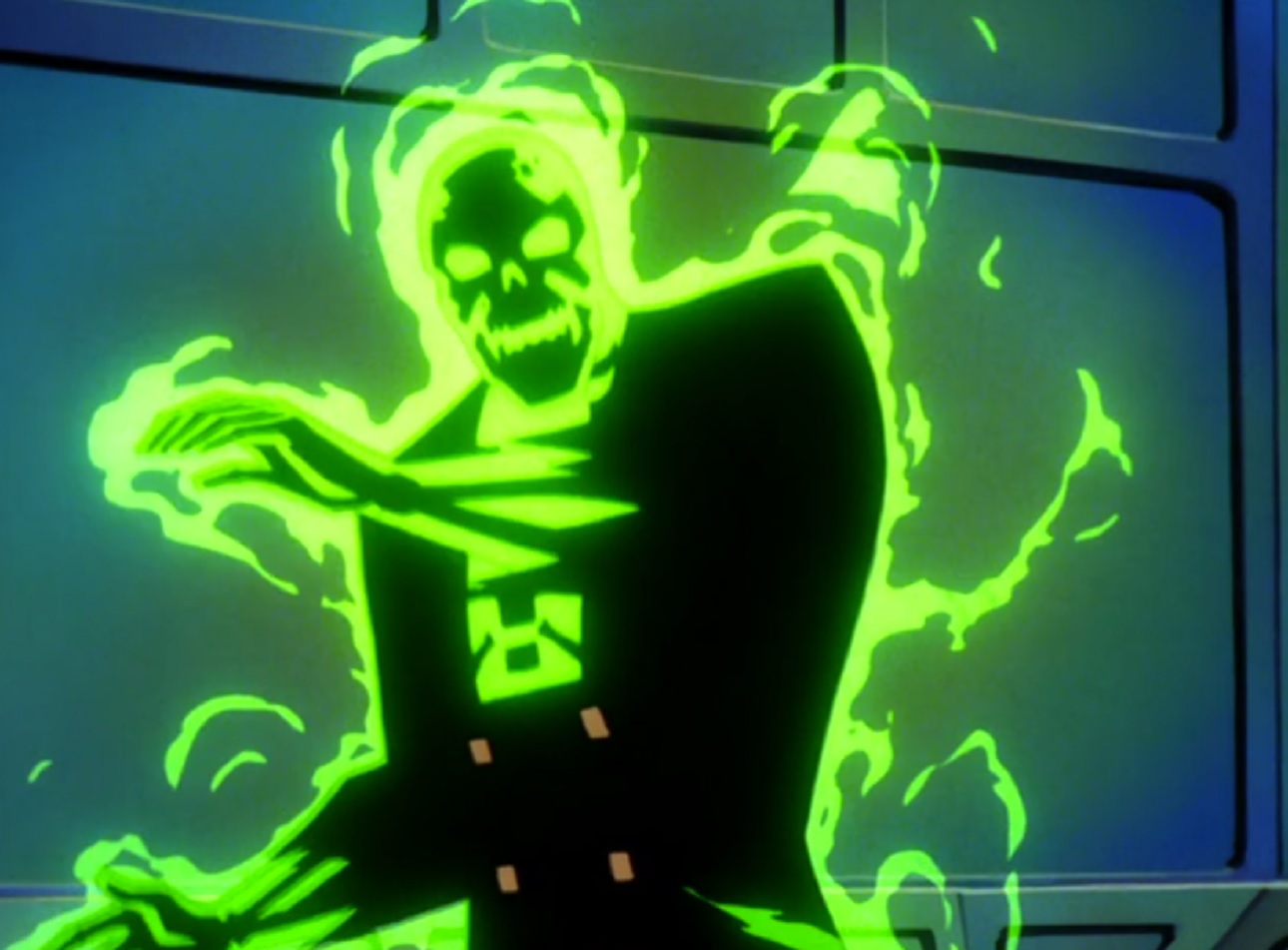 Why They’re Evil: Who can really say? Where do corrupt businessmen come from? Are they born corrupt businessman, or do they just evolve that way? Either way, Derek Powers was a morally deficient entrepreneur already prone to evil before he glowed in the dark. Powers was forced to undergo an intense radiation treatment to save his life, but when it caused his skin to glow in the dark he went from evil businessman to full-tilt-boogie super-villain. He became known as Blight and gave Batman Terry McGinnis a run for his money.

Why They’re Schway: In addition to glowing in the dark, Blight’s body is able to manipulate the radiation it generates. He’s used this to burn his enemies, melt walls, and throw radiated balls of energy. As schway as this all sounds, it’s worth noting that he ordered the hit on Warren McGinnis, Terry’s father, which was a very unschway thing to do.

Why They Lost: When you’re a walking nuclear power plant, you run the risk of having a meltdown, as was the case with Blight. 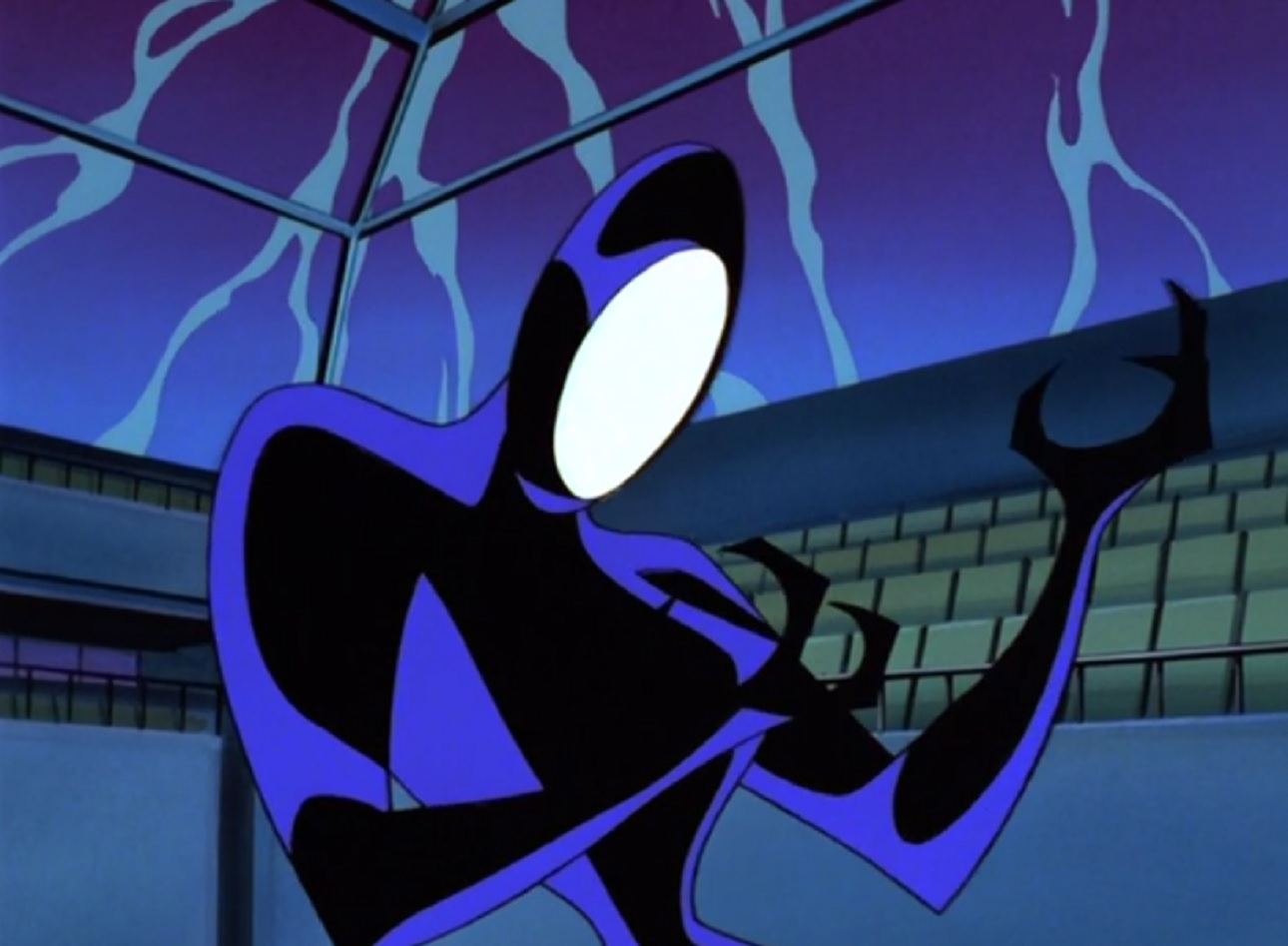 Why They’re Evil: Inque’s true name and history have been lost, but we know she was born to poverty and turned to a life of crime. There are plenty of normal criminals out there, so Inque decided to undergo some experimental treatments to give her an edge. Part liquid, part shapeshifter, she's one of the most slippery villains Batman has ever faced.

Why They’re Schway: Check out her powers! She’s able to expand her molecules and change her density, allowing her to sneak in and out of most any space. In her first outing, she was able to crash the Batcave (which almost no villain has found) and almost killed Batman by suffocating him with her liquid body. Ewwwww!

Why They Lost: As cool as Inque's powers are, they do have limits. Batman and Bruce Wayne were able to incapacitate her with electrical charges, a fire hose, and a freeze gun. 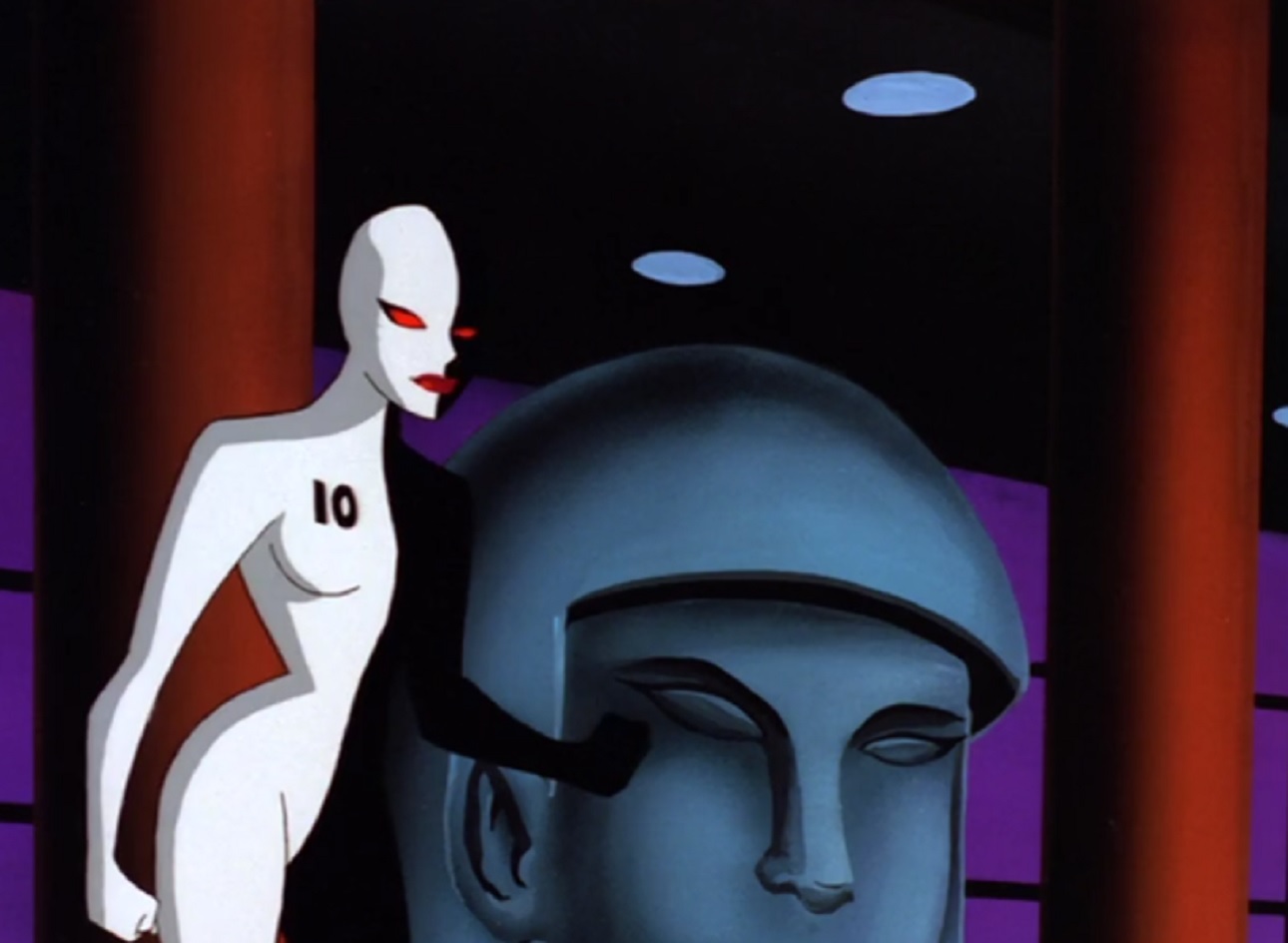 Why They’re Evil: You can’t pick the family you’re born into, and poor Melanie Walker knows that all too well. Her parents were leaders of the generational criminal group the Royal Flush Gang, and Melanie plundered alongside them as the criminal called Ten.

Why They’re Schway: As Batman, Terry faced some of the most interesting villains of Gotham’s future, but none of them stole his heart like Ten. As Melanie Walker, she captivated Terry and was even able to make him forget about his on-again off-again relationship with Dana Tan. This led to some drama for Batman, who faced the difficult decision of whether or not to bring his girlfriend in. Melanie also gets extra points because she’s not quite as evil as the rest of the Royal Flush Gang. She just fell into the family business -- and would much rather have a romance with Terry.

Why They Lost: When you’re torn between thievery and love, you tend to lose your focus. Batman was able to defeat Ten and her family, but it was one of the most heartbreaking battles he ever fought. 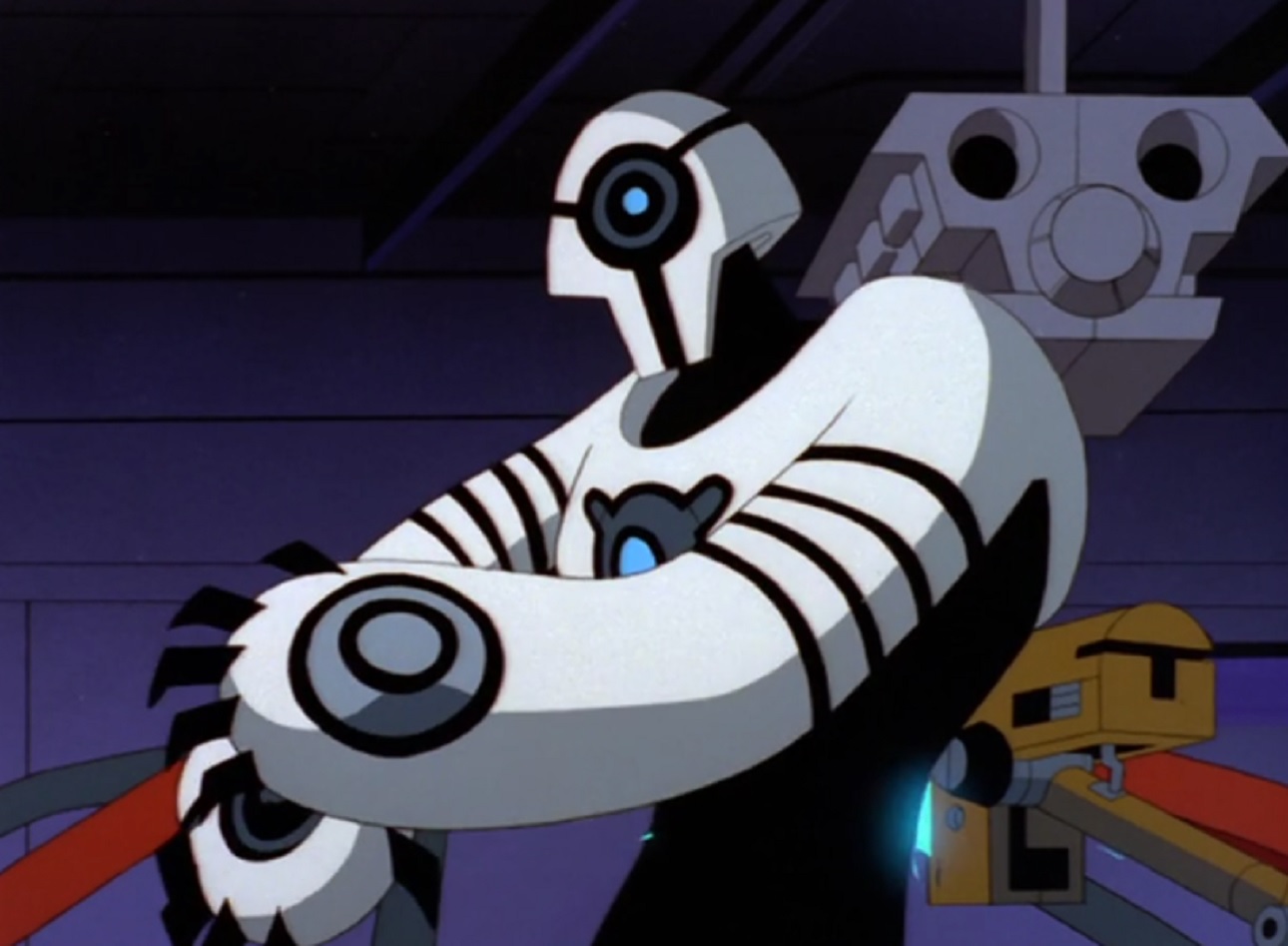 Why They’re Evil: Walter Shreeve was a brilliant sound engineer who fell in with the wrong people. Shreeve built a suit that could manipulate and weaponize soundwaves, and wanted to use it for demolition purposes, but Derek Powers ordered him to assassinate Bruce Wayne. Shreeve became known as the villain Shriek, and used his soundsuit to take on Batman!

Why They’re Schway: There’s lot Shreeve can do with his soundsuit. He was able to make Bruce Wayne believe he was hearing voices. And in one memorable episode (“Babel”), he changed sound frequencies so everyone who spoke was only able to hear gibberish. Now that’s evil.

Why They Lost: Batman was able to use Shriek’s own sonic blasts against him, causing Shreeve to go deaf. 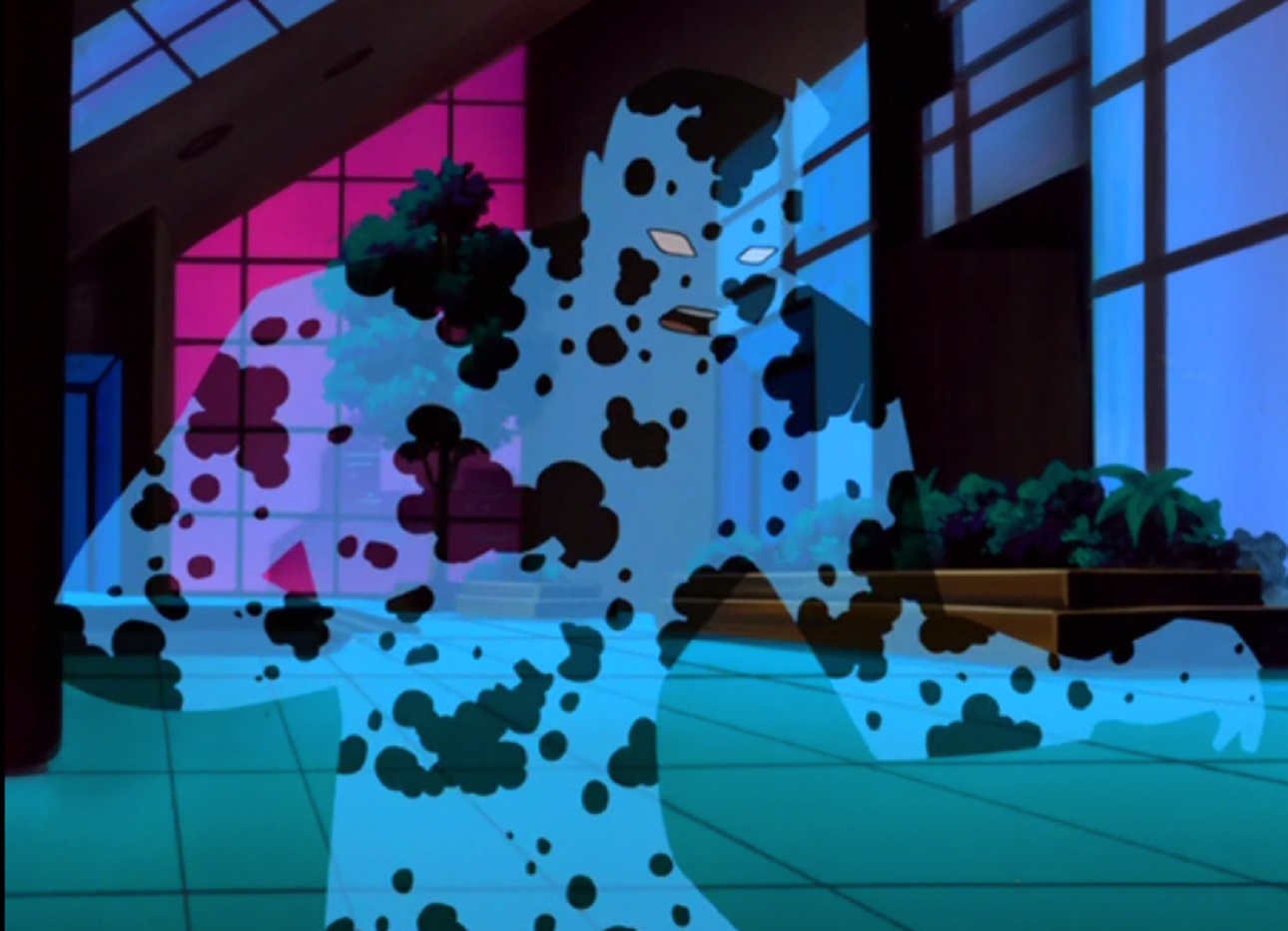 Why They’re Evil: Not every journalist can be as ethical as Clark Kent, and Ian Peek was a real sleazebag. His goal was to create stories by embarrassing others, which made him pretty unpopular; but his TV ratings were always big. Peek eventually found an experiemental belt that gave its wearer the ability to phase through solid matter. Peek then did the most unethical thing a journalist could do – he stole the belt and killed its creator. Dude, that type of behavior disqualifies you from the Pulitzers.

Why They’re Schway: Peek was able to use his belt to do something no other reporter ever had – get video footage of the inside of the Batcave! Batman and Terry were helpless to stop Peek from airing the footage on his show, and if he had gone through with the broadcast, he would’ve accomplished something no other villain ever has – the end of Batman! Luckily for them, Peek never aired the tape due to some unforeseen complications. Speaking of which….

Why They Lost: Phasing through everything sounds schway in theory, but Peek lost control and phased through the floor he was standing on. He kept falling….falling…falling…and, well, it’s safe to say he and Batman never had a rematch.

Who's your favorite 'Batman Beyond' villain? Let us know in our Community!