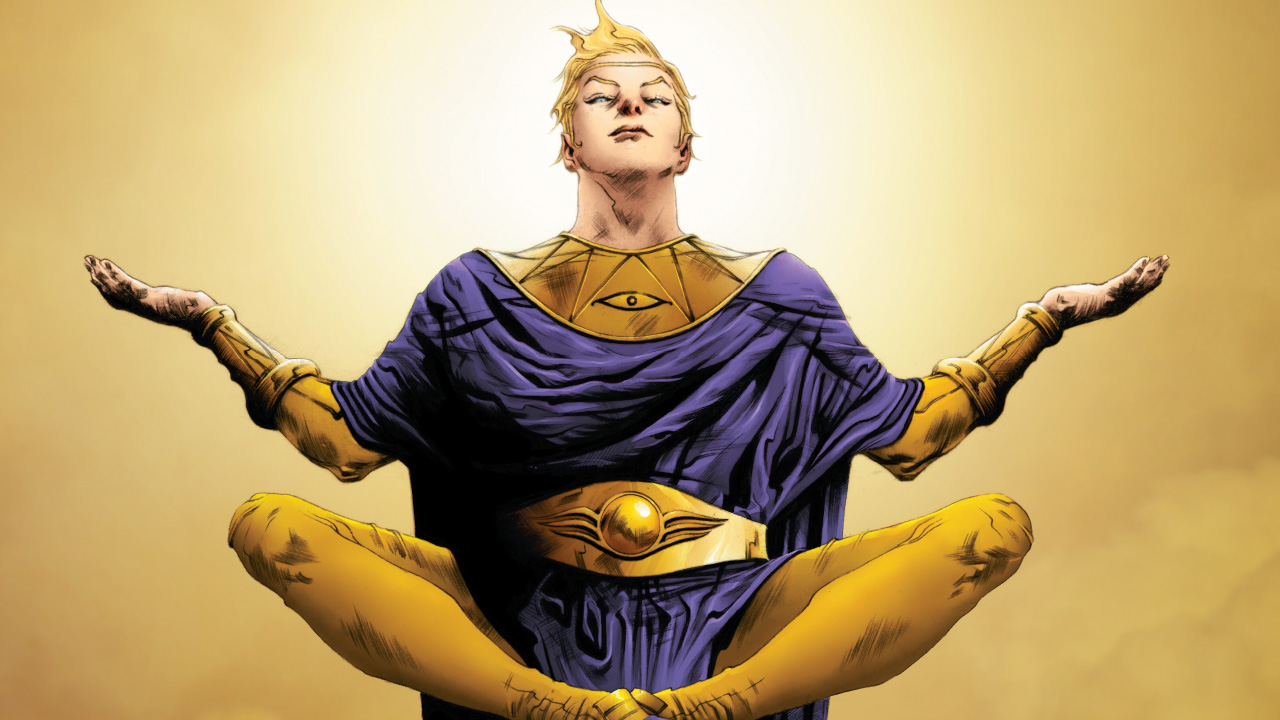 5 Reasons Why BEFORE WATCHMEN is Essential Reading

Did you enjoy the first season of HBO’s Watchmen series? If you’re still reeling from that awesome season finale, and need something to satisfy your hunger for more Watchmen, DC Universe has a treat for you. We’ve recently added all nine Before Watchmen limited series to our comic book library! If you’re on the fence about checking these stories out, here are 5 reasons why Before Watchmen is essential reading.

THE MINUTEMEN IN ACTION 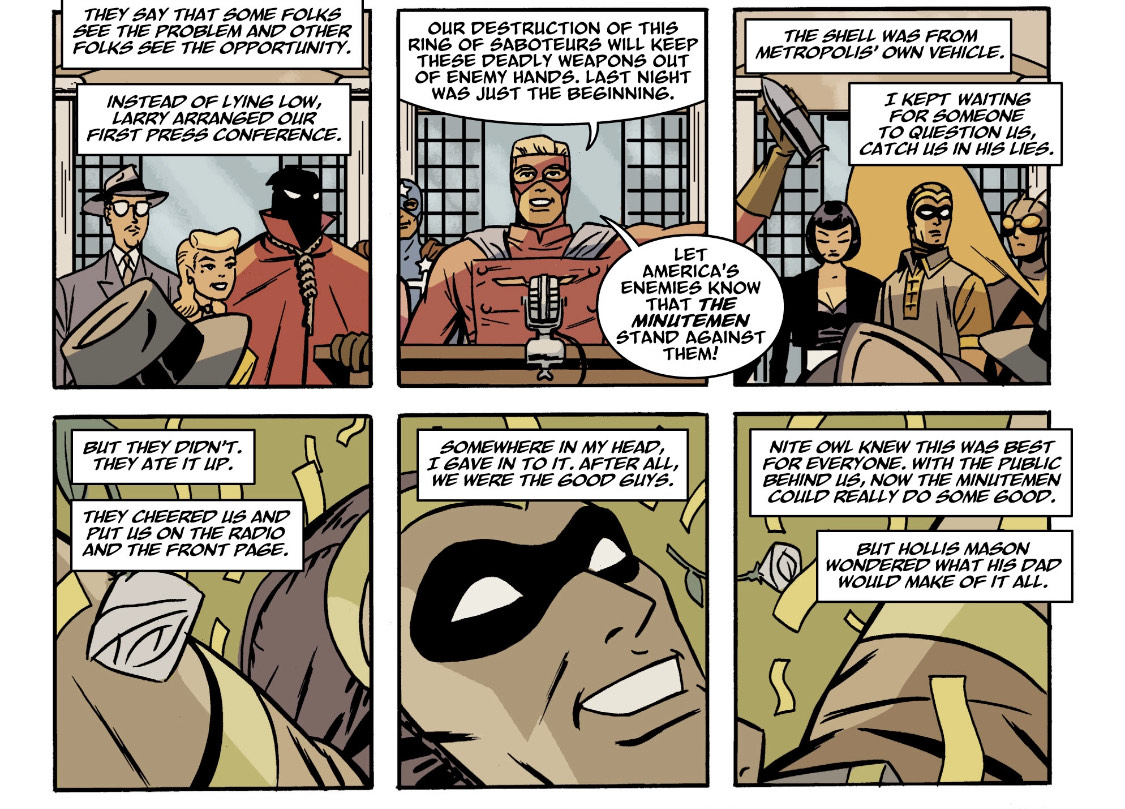 For decades fans have been curious about the Minutemen, and thanks to Before Watchmen: Minutemen we finally get to see the group in action. Heroes like Silhouette, who cameoed in the original Watchmen, are fleshed out and given a chance to shine here. Darwyn Cooke’s art style makes this limited series feel like a Silver Age DC comic team book, but make no mistake, the Minutemen are not the Justice League! The heroes face some real horrors, including missing children, and they’re not as squeaky clean as they appear to be. The story is narrated by Hollis Mason, and reveals that not everything we learned in “Under the Hood” was true.

NEW SIDES TO YOUR FAVORITE CHARACTERS 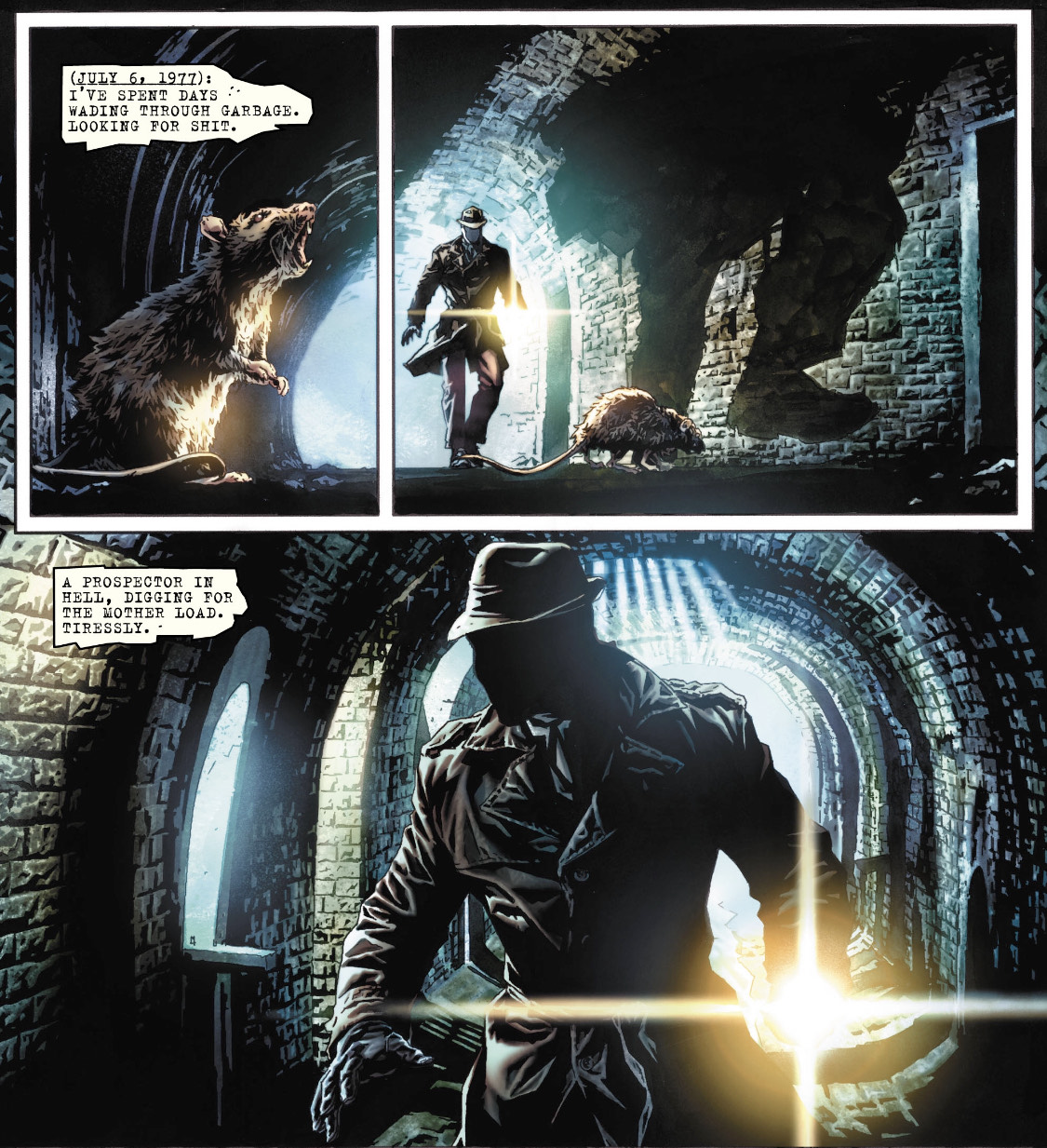 One of the greatest strengths of the original Watchmen limited series was it’s nuanced characters. College lectures and academic papers have been devoted to Ozymandias and Rorschach, and readers have analyzed all their dialogue. Before Watchmen expands upon those characters, giving us more details on their backstories, and help us learn what shapes their worldview. Before Watchmen: Rorschach follows it’s title hero through the streets of 1970’s New York City, and it’s every bit the gritty crime drama you’re expecting it to be. The Comedian was mostly seen through the eyes of other characters in the original Watchmen series, but Before Watchmen: Comedian puts the masked man center stage as the protagonist. Aren’t you curious to see if the Comedian is more than the SOB we met in the original series? 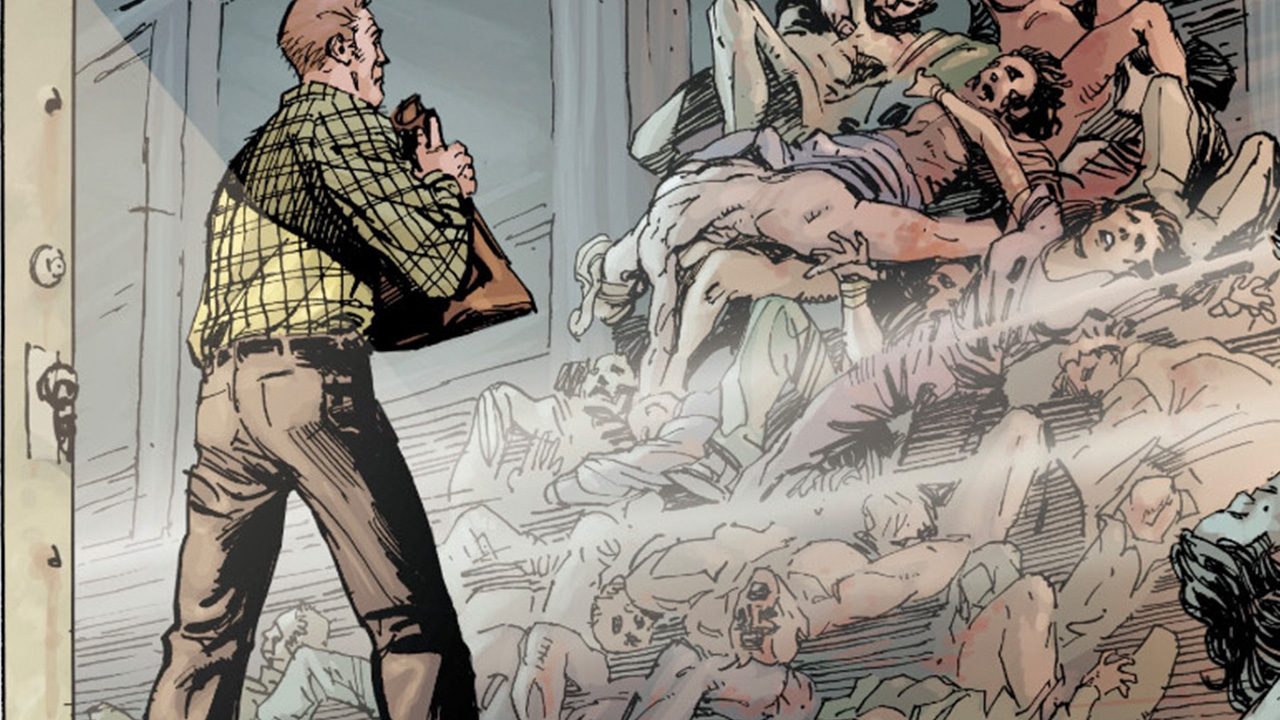 Before Watchmen doesn’t pull any punches when it comes to depravity and evil. Before Watchmen: Nite Owl introduces Reverend Dean, a serial killer who targets prostitutes. After killing a prostitute who blackmailed him, Reverend Dean realized he enjoyed murder and began a sick campaign of hunting women of the night. He even makes a shrine out of their corpses. Before Watchmen: Minutemen expands on the backstory of Rolf Muller, who was briefly mentioned in the original Watchmen series.  who is secretly a child killer. Apparently Muller’s methods of torturing children were too extreme for the Nazi Party, forcing them to discharge him. That’s some sick villainy! If you thought the original Watchmen series had some corrupt characters, you’ll be pleased to learn that Before Watchmen creatively continues the tradition. 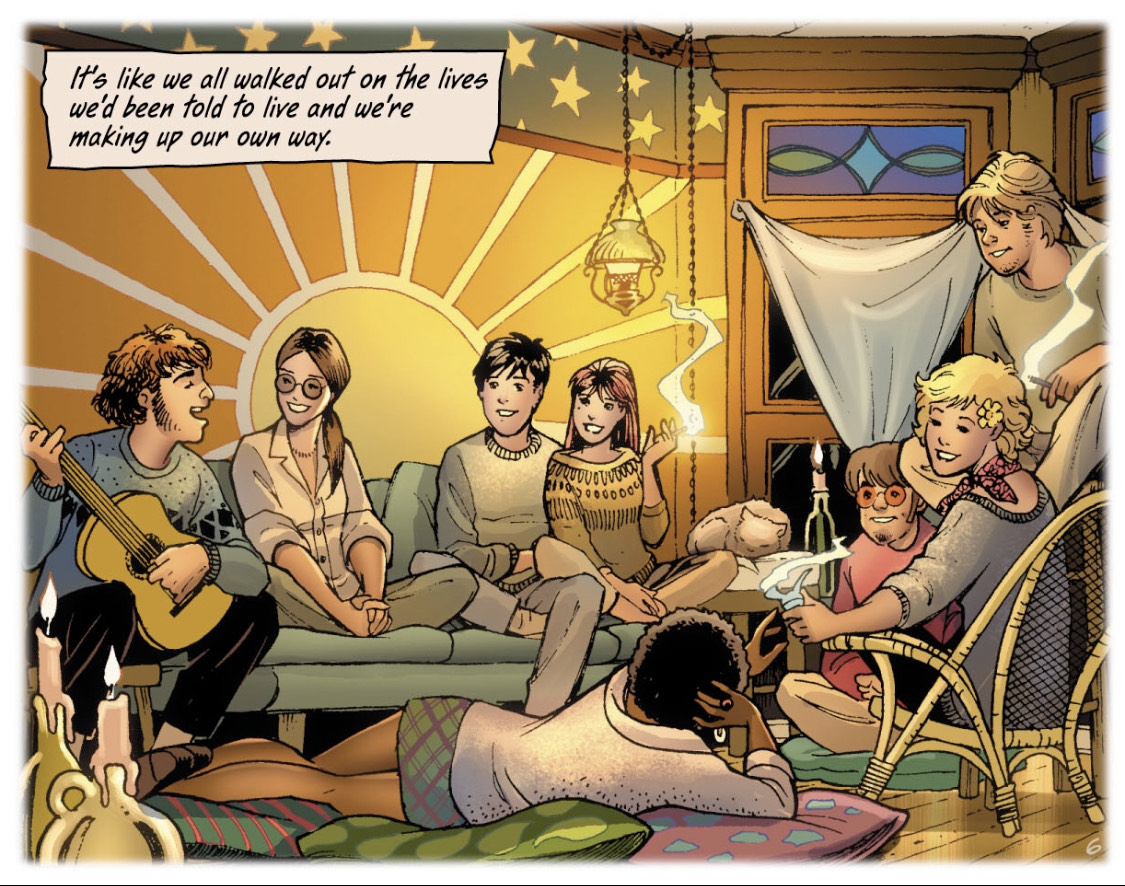 One of the most interesting things about the original Watchmen limited series was how it presented an alternative take on American history. The world of Watchmen features a history similar to our own, but things play out differently because superheroes are involved. Since Before Watchmen tells nine different stories, it had a chance to visit different eras and explore how key historical events were altered by the presence of the heroes. Before Watchmen: Ozymandias deals with the Cuban Missile Crisis, while Before Watchmen: Silk Spectre visits San Francisco during the Flower Power era. We even get to meet John F. Kennedy during Before Watchmen: The Comedian, and learn about Jon Osterman’s experience dealing with World War II Germany in Before Watchmen: Dr. Manhattan. Think of it like history class, but with more super heroes! 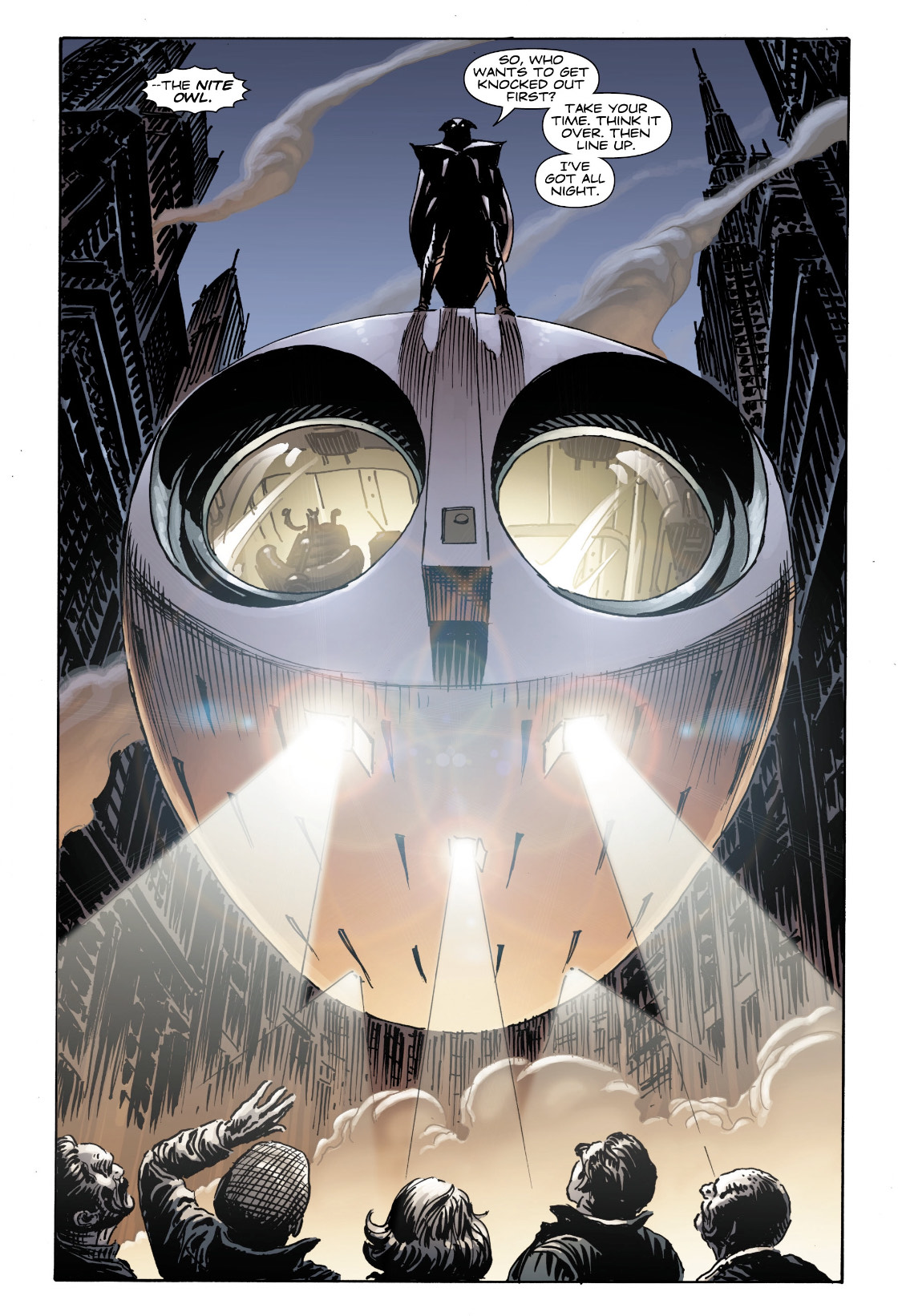 Some of the biggest names in the comic industry leant their creative talents to these series. Before Watchmen: Nite Owl contains some of Joe Kubert’s last illustrations before he passed away. Darwyn Cooke teamed up with Amanda Conner for an unforgettable creative collaboration in Before Watchmen: Silk Spectre. DC legend Len Wein scripts Before Watchmen: Ozymandias and Before Watchmen: Dollar Bill.  The list goes on, with many A-list creators producing unforgettable stories. There are no throwaways here, it’s all killer and no filler.

Did BEFORE WATCHMEN meet your expectations? Let us know in our Community!