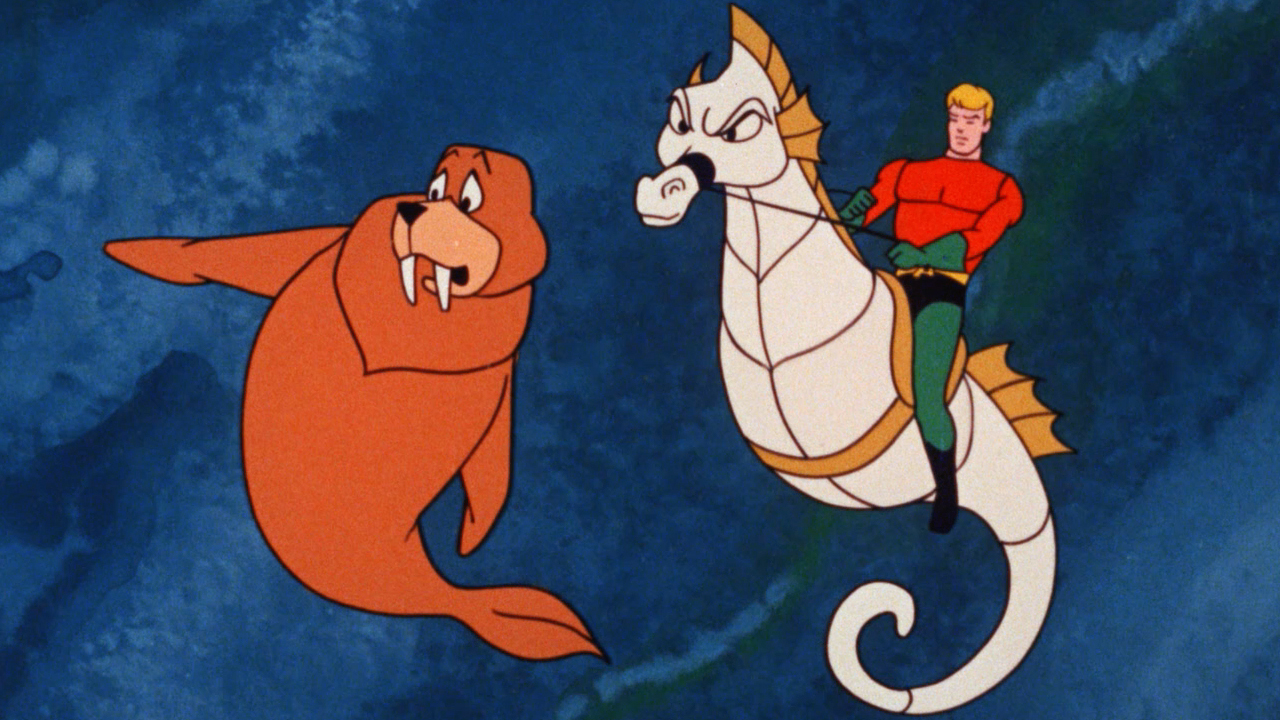 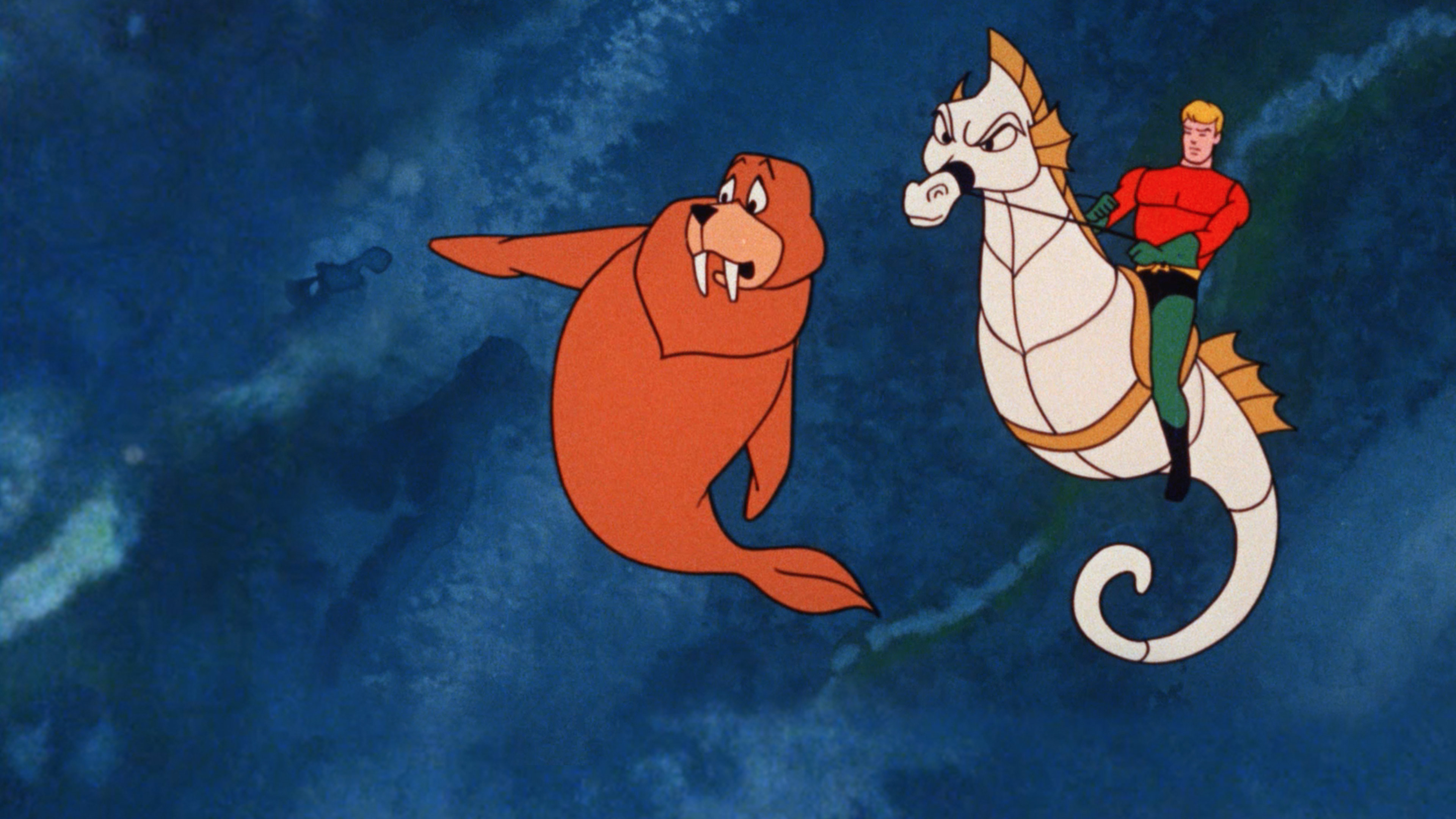 If you've been watching the remastered HD 1967 'Aquaman' animated series here on DC Universe, you've probably got yourself a new aquatic crush. Tusky the Walrus is the trusty sidekick of Aquaman and Aqualad, and, much like Krypto the Superdog and Ace the Bathound, he's a fan-favorite member of the DC Super-Pets. Sadly, Tusky was noticeably absent from 2018’s 'Aquaman' movie, but there's no reason to think he can't make an appearance in the rumored sequel. Here are 5 reasons why the flippered fella would be box-office gold in 'Aquaman 2.'

Cleaning up the Oceans 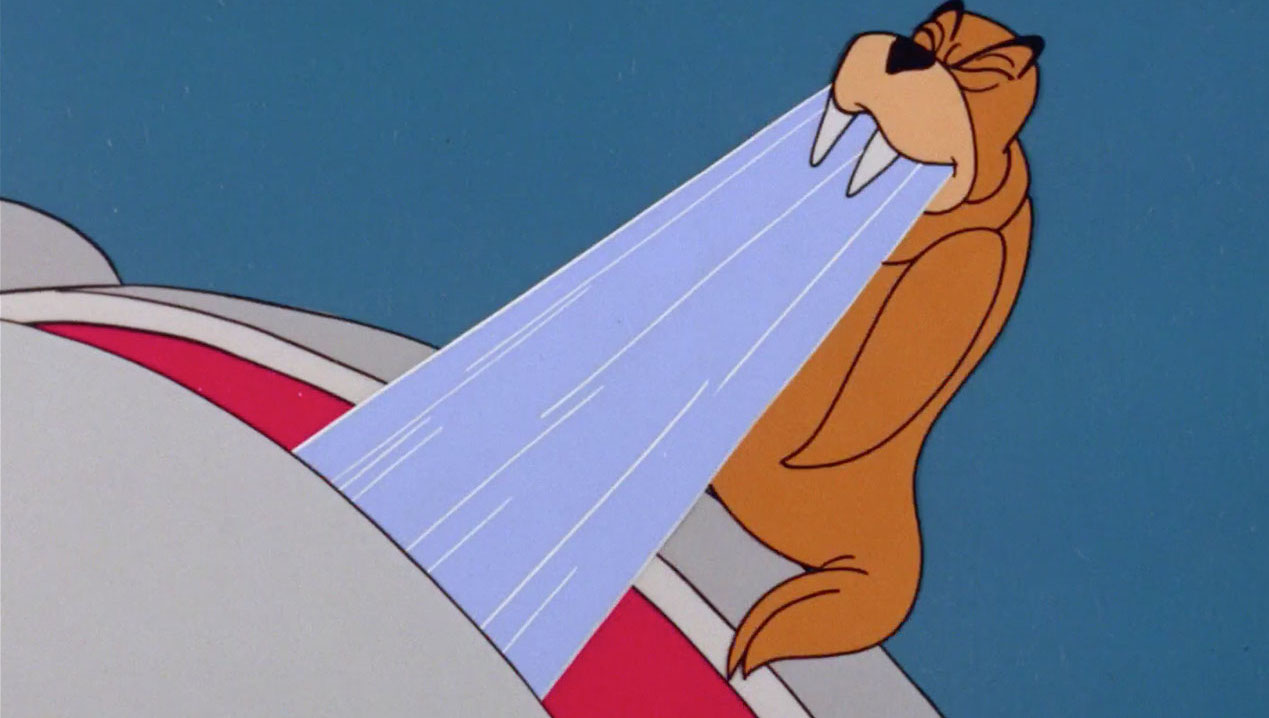 Tusky could teach us all a valuable lesson about polluting the oceans! In the episode “The Sea-Snares Of Captain Sly,” when Aqualad is caught in a plastic trap, Tusky is the only one who can save him by cutting him loose with his tusks. To see a whole montage of Tusky and Aquaman cleaning up the oceans and threatening those who dump in them would provide a fun, positive message for fans of all ages. Plus, sea-snares! 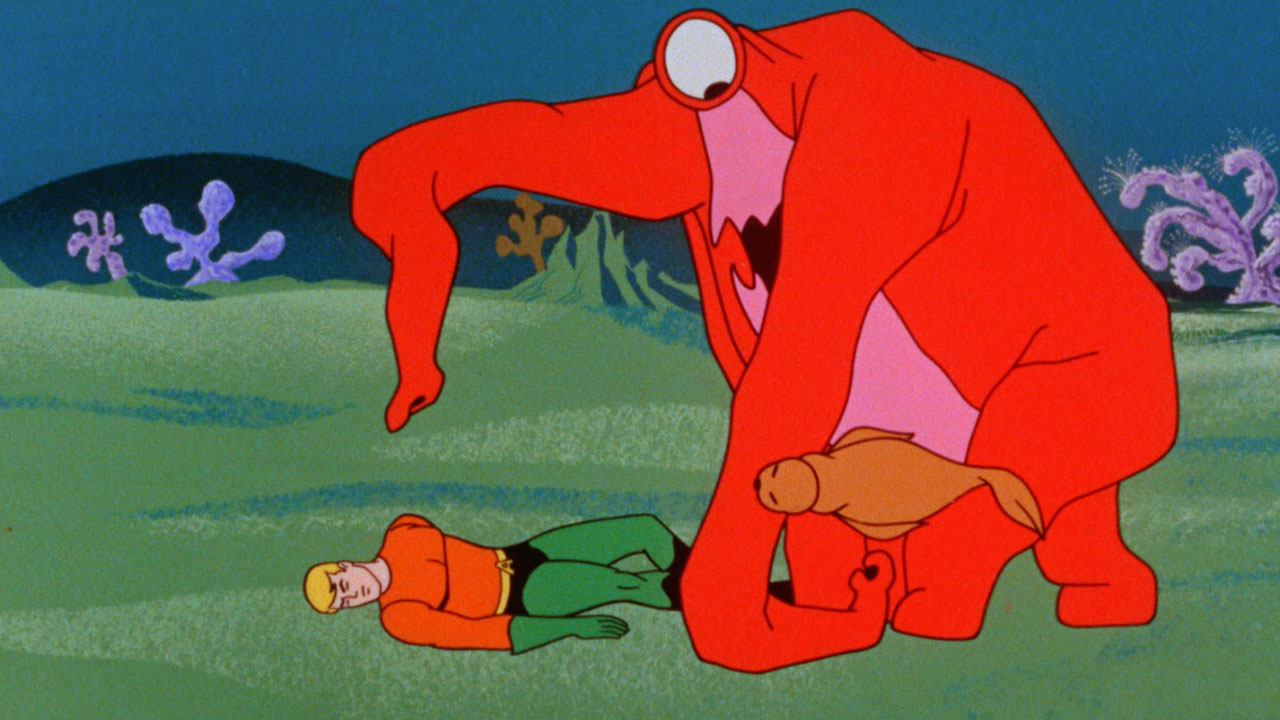 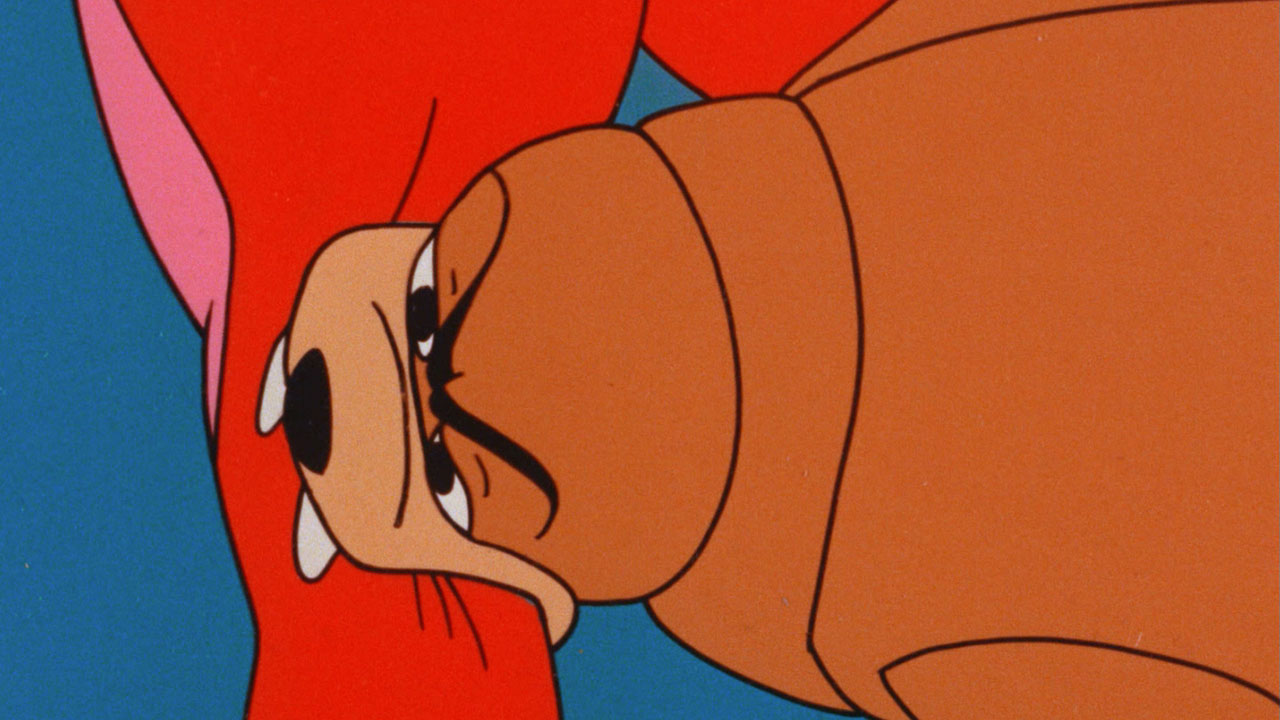 Obviously Aquaman can hold his own, but that doesn’t mean he can't use some saving every once in a while, especially from dangerous sea creatures. During a tense battle in the episode “The Crimson Monster from the Pink Pool,” Tusky performs a heroic act by attacking the titular monster and saving Aquaman from harm. While the Pink Pool may not make an appearance in 'Aquaman 2,' how about Tusky vs the Trench? Now THAT would be a great set piece! 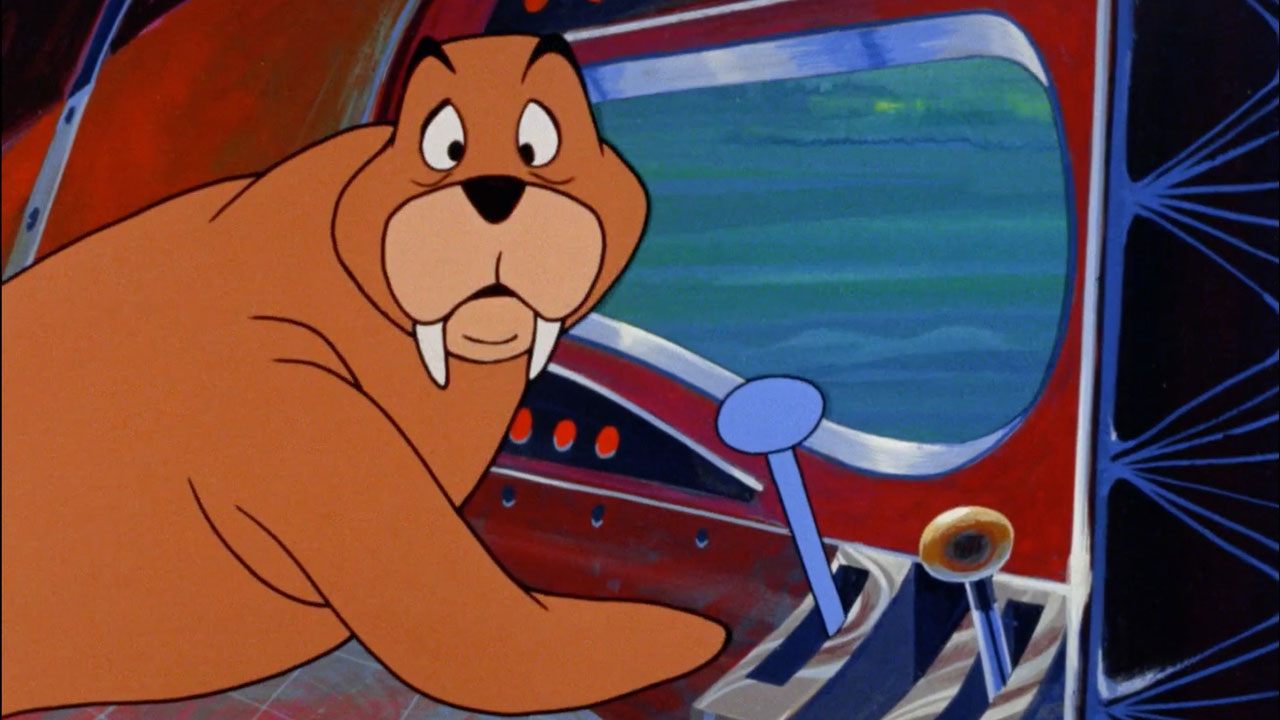 There were various armies that fought on both sides for Atlantis in the 'Aquman' movie, and there’s no doubt that some of them will return in 'Aquaman 2.' But it would be helpful for Aquaman to gather information from a spy on the inside. Tusky was able to sneak into an enemy submarine and infiltrate the villainous Saturnian army in “The Satanic Saturnians.” He foiled their plans by crashing into another sub and saving Aquaman again. Yay, Tusky! 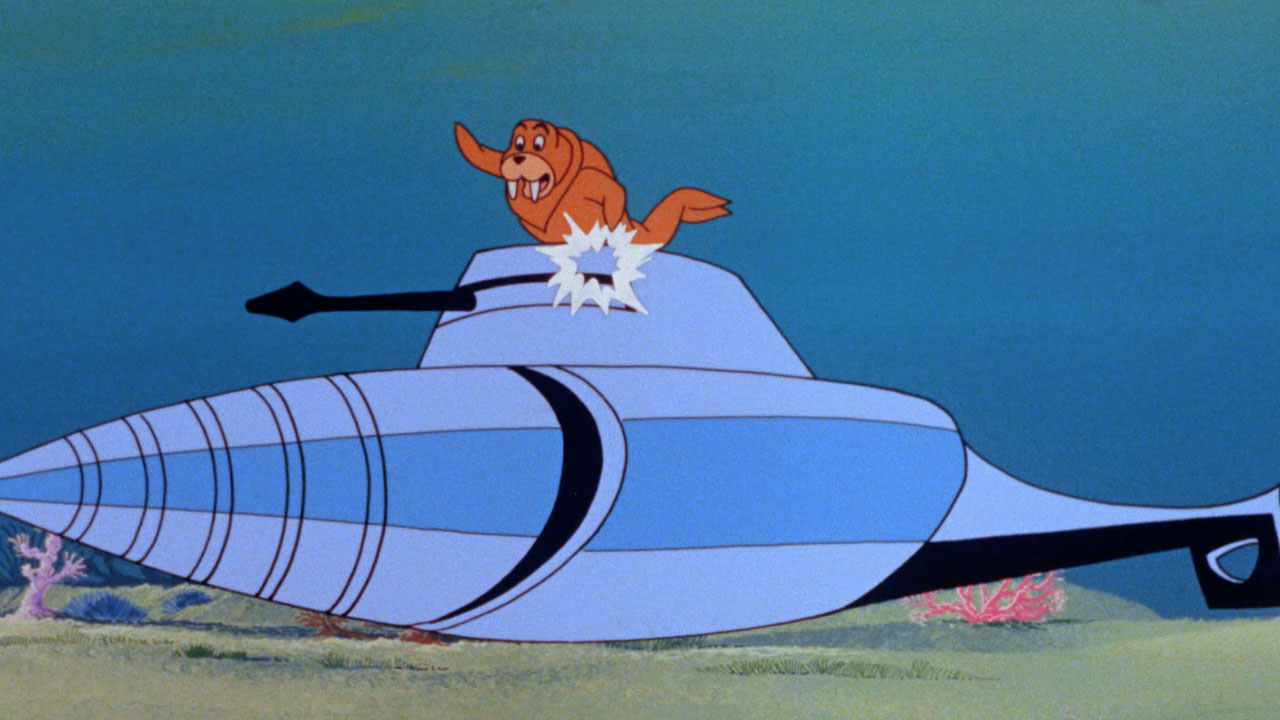 While the 'Aquaman' movie was by no means short on action, you know what it was missing? A scene in which Tusky pilots an underwater tank. In “The Deadly Drillers,” Tusky drives out the evil drillers by using one of their own tanks against them. Picture Tusky using one of Black Manta’s weaponized submarines to destroy an army. That would make for a great undersea battle. And think how much fun Tusky would have!

Convincing the Octopus Playing the Drums to Help Out 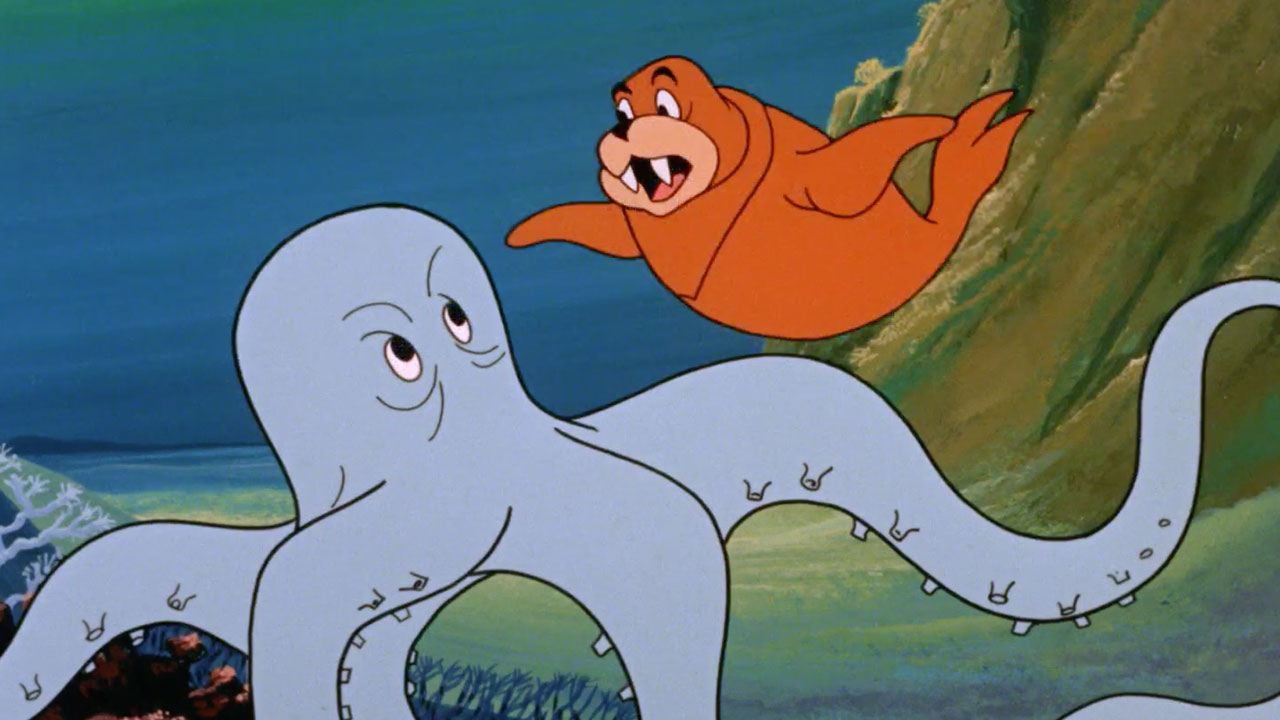 One underwater creature stole the show in the first 'Aquaman' movie -- Topo, the octopus playing the drums. Yet in the film's final battle he's nowhere to be found. Surely his drum-beating tentacles could prove useful in clobbering a few undersea villains. In “The Return of Nepto,” Tusky successfully convinces a reluctant octopus to help Aquaman defeat the evil Nepto’s minions. A Tusky/Topo team-up in '2'?  Boffo box-office, baby.

Are you a Tusky fan? Let us know in our Community!