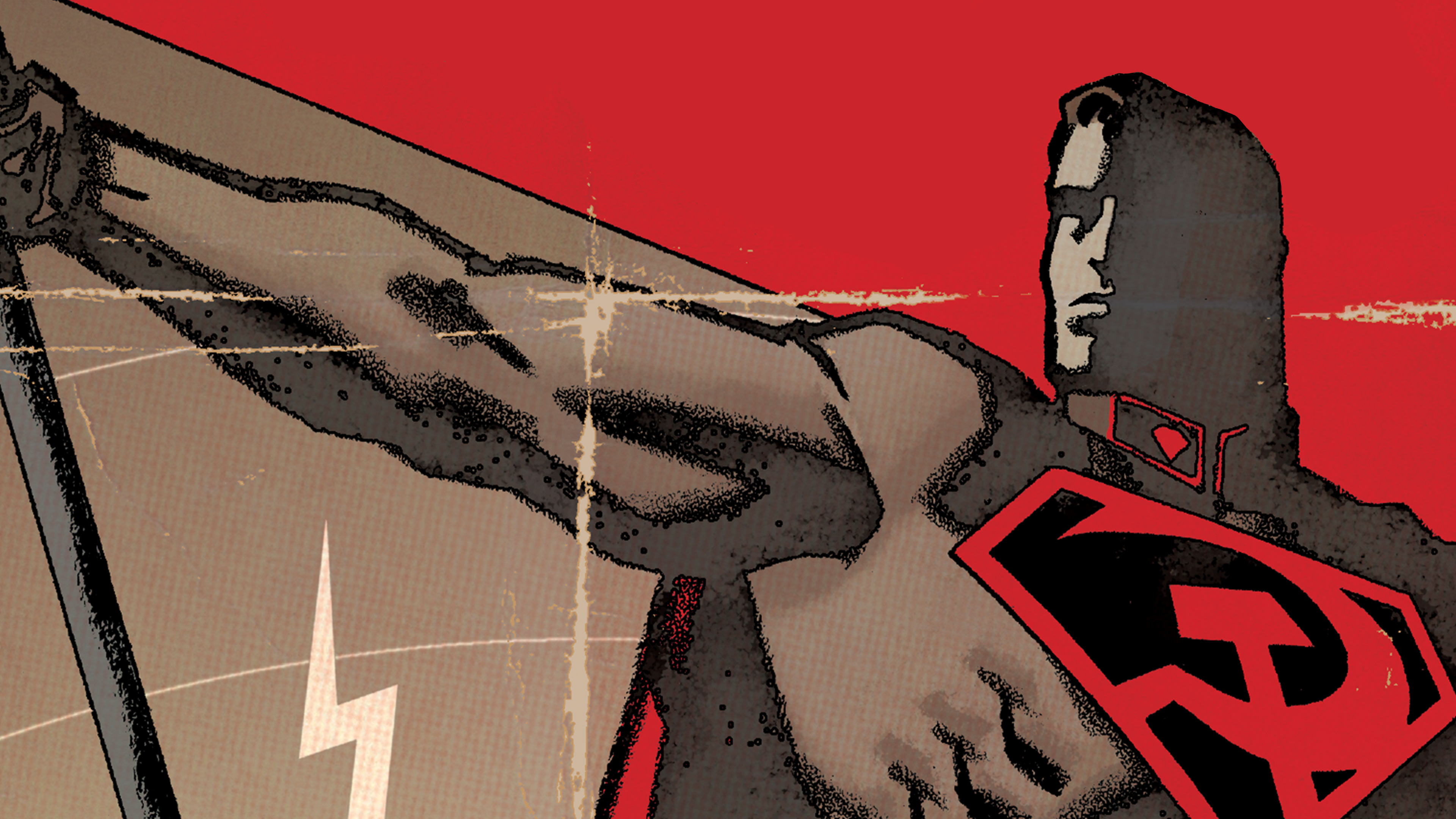 This week, the denizens of the DC Multiverse got our first look at our next big animated movie: Superman: Red Son. Set in an alternate reality where one change radically altered the course of the DC Universe we know, Red Son is an adaptation of the classic 2003 prestige miniseries by Mark Millar, Dave Johnson, Andrew Robinson, Walden Wong, Killian Plunkett, and Paul Mounts, born from Millar’s own childhood observations of the conflict between the United States and the Soviet Union, which cast a gloom over the proceedings and culture of the world stage for much of the 20th century. Red Son poses a deceptively simple and instantly captivating question: “What if, instead of a kindly couple in the breadbasket of the United States, the young Kal-El’s rocket was found on a commune in the USSR?”

With the Cold War already old news by 2003, it was a surprise hit at the time -- and one which still stands as some of the most exemplary work in Millar’s notable career. Although it appears to be a meditation on a war long past, the troubling themes of the series couldn’t be more relevant today: particularly as we move into a new decade of increasingly complex international relations, further complicated by a frightening political reality defined by cults of personality. 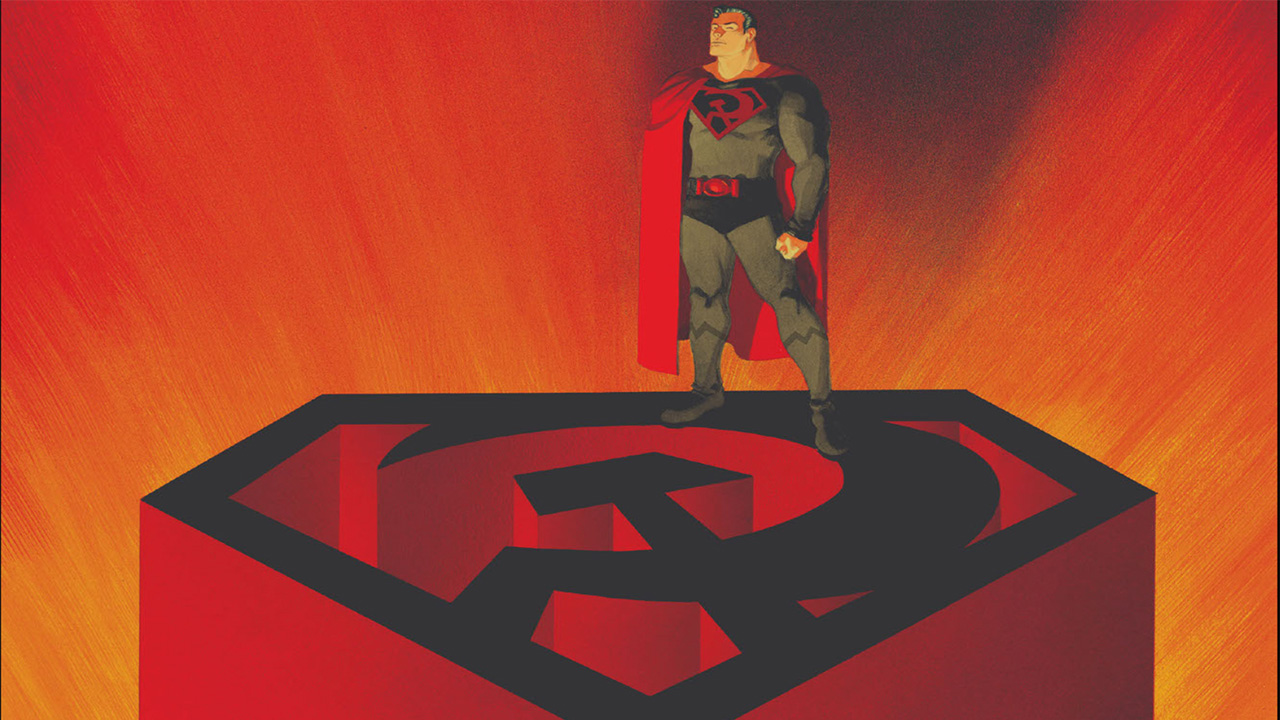 The idea of Red Son began with a thought experiment of how different Superman’s life would be if his rocket simply landed somewhere else. As the events of the story unfold, it becomes clear that those differences are dramatic in scope -- and ones which may force the reader to consider a similar experiment for themselves. How much of their lives, their friendships, their very opinions would be different if they were simply born by happenstance into another nation? A different race? Another religion? It’s a staggering prospect to put yourself in another’s shoes, particularly someone you disagree with. But Red Son invites us to imagine just how different the world is for those born into other parts of it than we are, and to bear that under consideration when judging them. 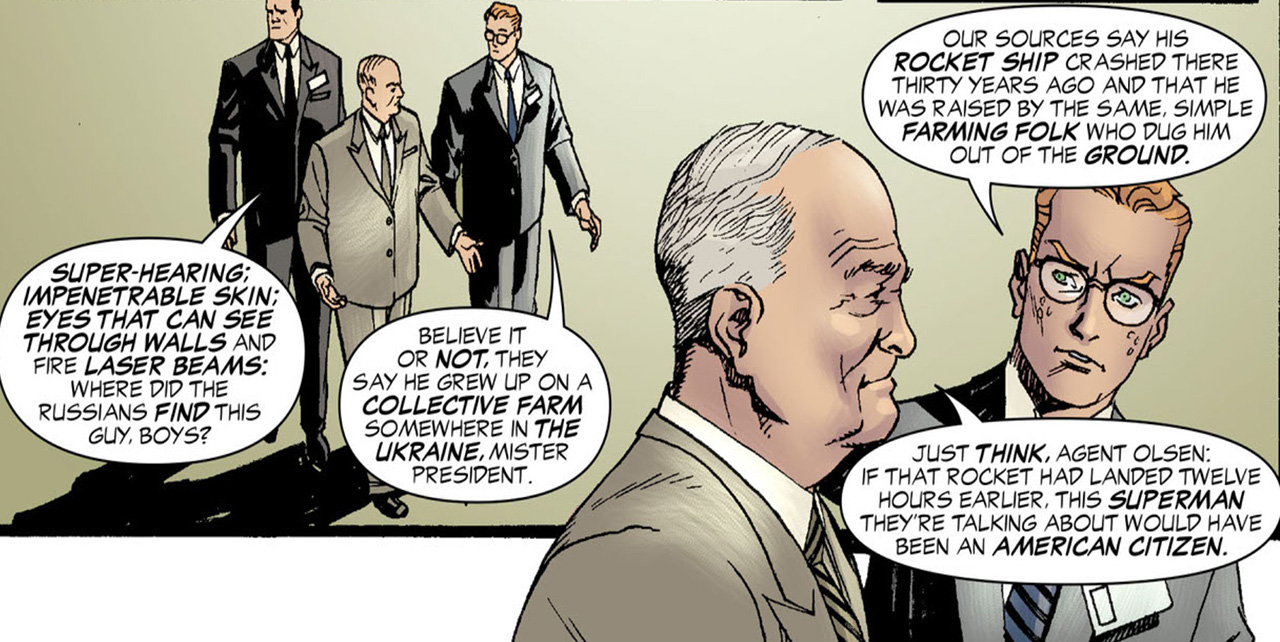 Spoiler alert: though Kal-El spends his austere, early life as a tool of the Soviet government, the goodness in his heart that we all know so well emerges victorious in his inner struggle. Modern interpretations of Superman (rightfully) place the humility and nobility of Superman’s mission on the righteous upbringing he experienced with Ma and Pa Kent in Smallville, Kansas. But even without those ideal circumstances, Red Son proposes that there is an innate goodness to Superman, as well -- and perhaps, in extension, to all of us. This bears a delicate contrast with the first point: though we are all products of the environment which raised us, there may be a certain standard of values to which all of humanity should be held accountable, as something inside of us is capable of, and perhaps even strives to reach it.

3. THE POWER OF A SYMBOL 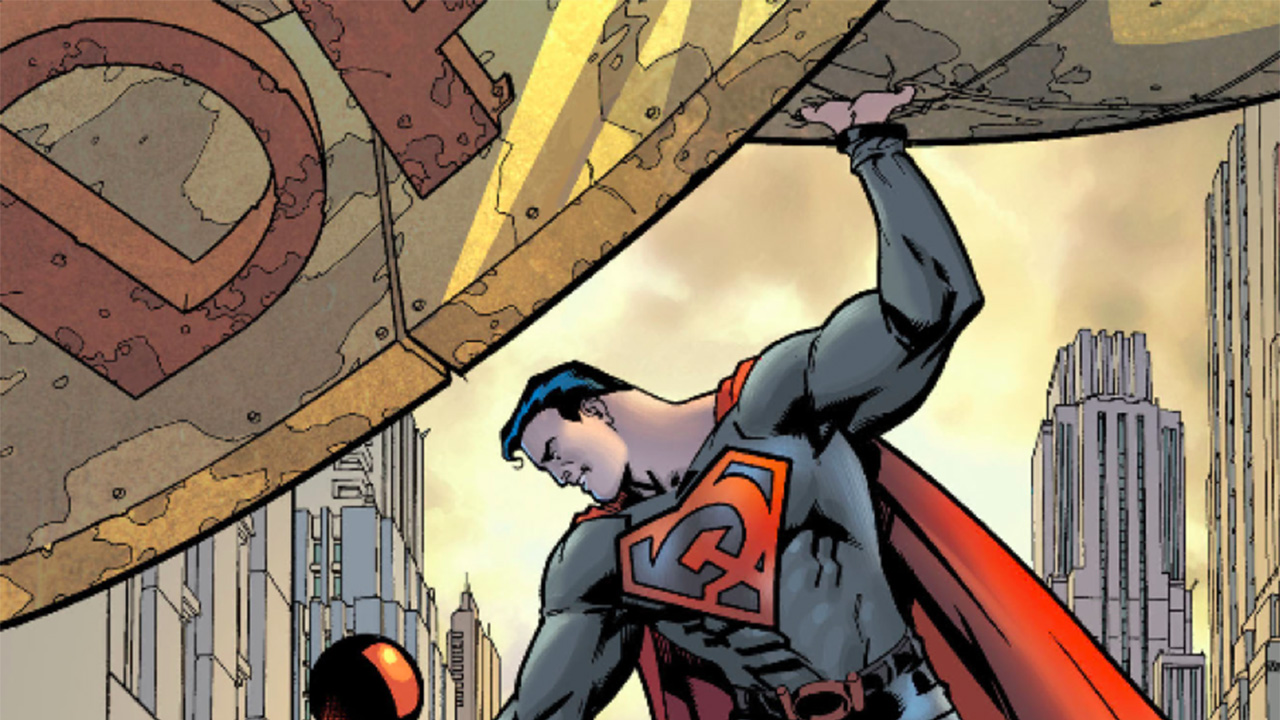 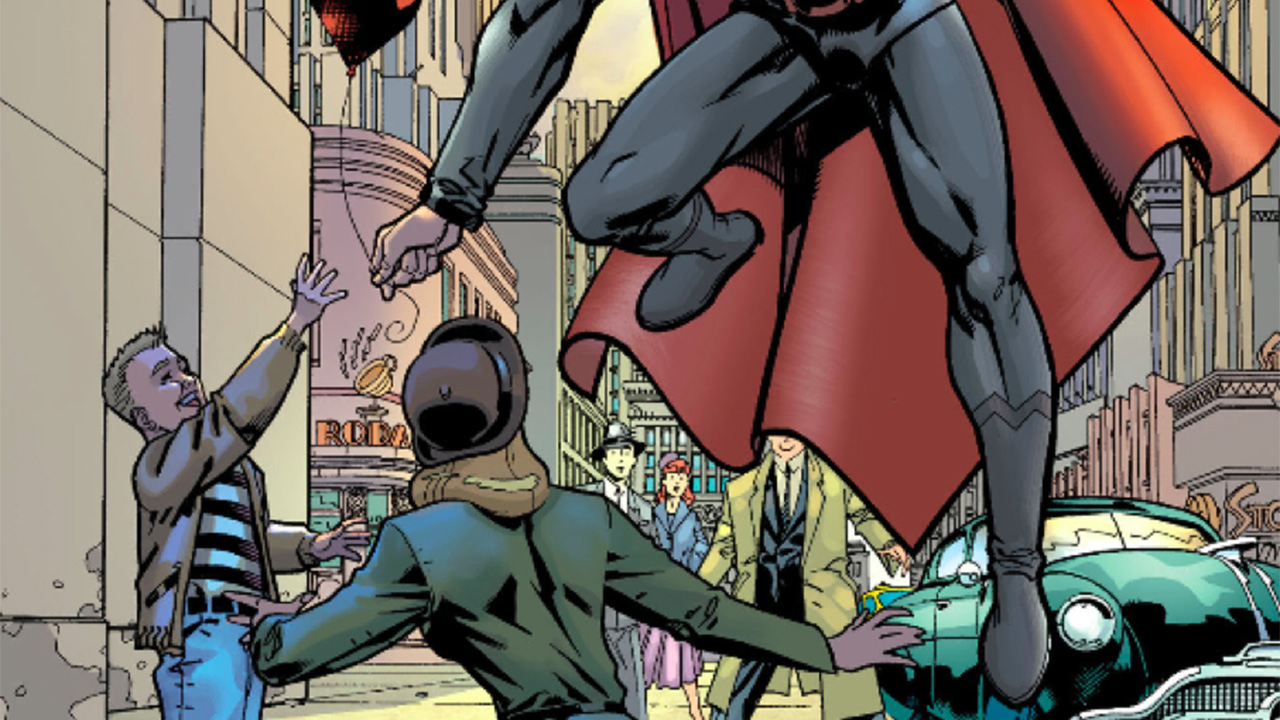 Even if you’ve never read Red Son before, you may have encountered its most popular image: the pentagonal Superman shield, but with a Soviet hammer and sickle standing in place of the stylized “S” to which we’re so accustomed. It’s a symbol that’s come to mean quite a lot, since it first appeared in Action Comics #1. Hope, togetherness - and just a sense of optimism that the natural arc of the universe curves towards truth and justice. But for different people, those same moral goals can mean different things. For generations, the symbol of the Soviet Union inspired the same reverence and optimism in an oppressed proletariat struggling under a tyrannical upper class. And yet, it’s one which represents an entirely different set of ideals, customs and practices than the ones which Superman has come to typically embody. Both the United States and this alternate USSR come to look upon variations of this same symbol with pride, but with very different connotations. In the modern socio-political climate, whether on internet message boards or the campaign trail, symbols are often changed, transmuted, and co-opted in a game of memetic telephone over time, gradually transmogrifying from representing one cause to another. Red Son shows us that even when looking upon a somewhat familiar symbol, we must always bear in mind its context. 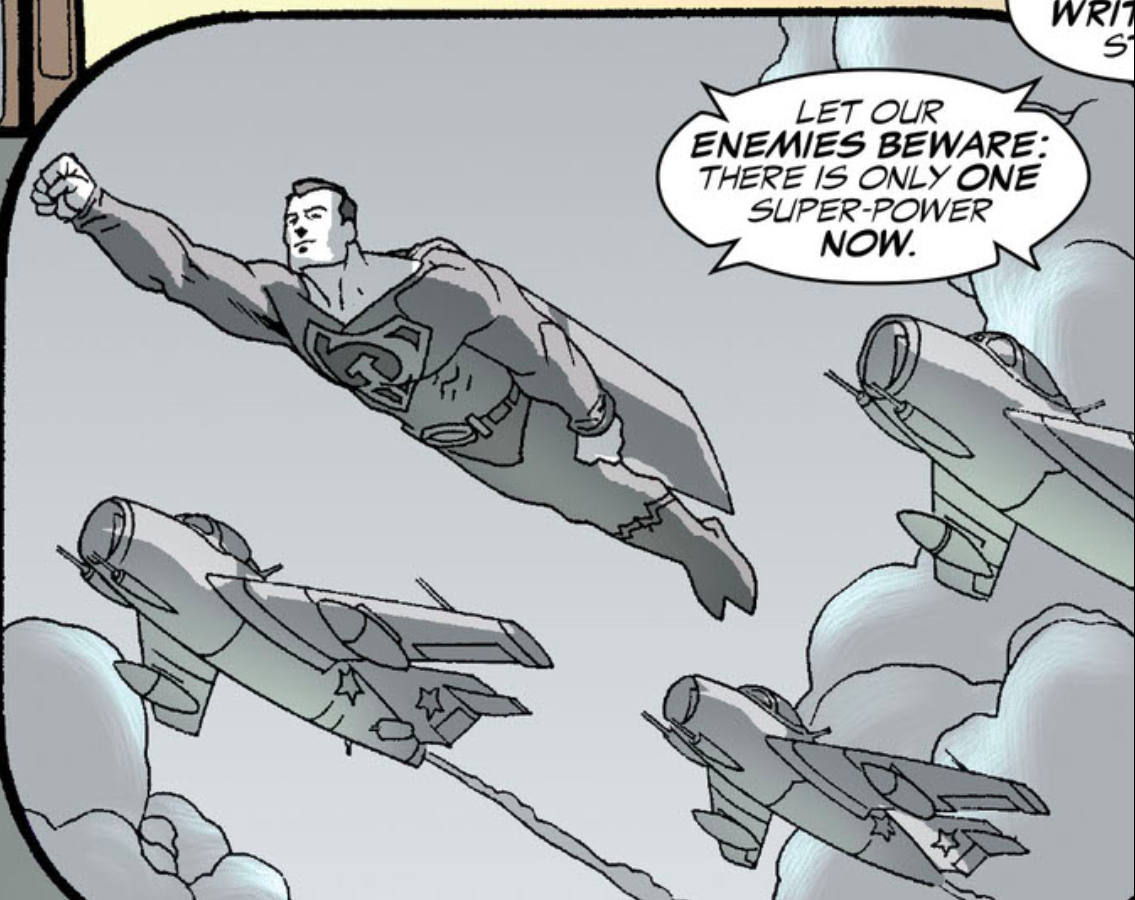 “Mutually Assured Destruction” was the common phrase bandied about to explain the tension of the Cold War. It was a particularly stressful theory of peace which suggested that if everyone possessed the same capabilities of destroying everyone else (ie nuclear warfare), then no one would dare pull the trigger or face equal retribution. But what if one nation develops something even deadlier and more precise than an atomic bomb? Would it mean victory for them in the global stage, or simply ensure a further escalation of combative capabilities by the nations of the world until peace is even more tenuous than it ever was before? Red Son, of course, assumes the latter, as informed by generations of history in escalating warfare proving this theory correct. And as it does so, it invites an unsettling question: in the “main” continuity of the DC Universe, why isn’t America ever held to similar scrutiny, with its overabundance of metahumans? How can we possibly know, given our own limited weltanschauung (look it up), when WE’RE being the baddies? But then again, maybe questions like that are best left to Alan Moore. 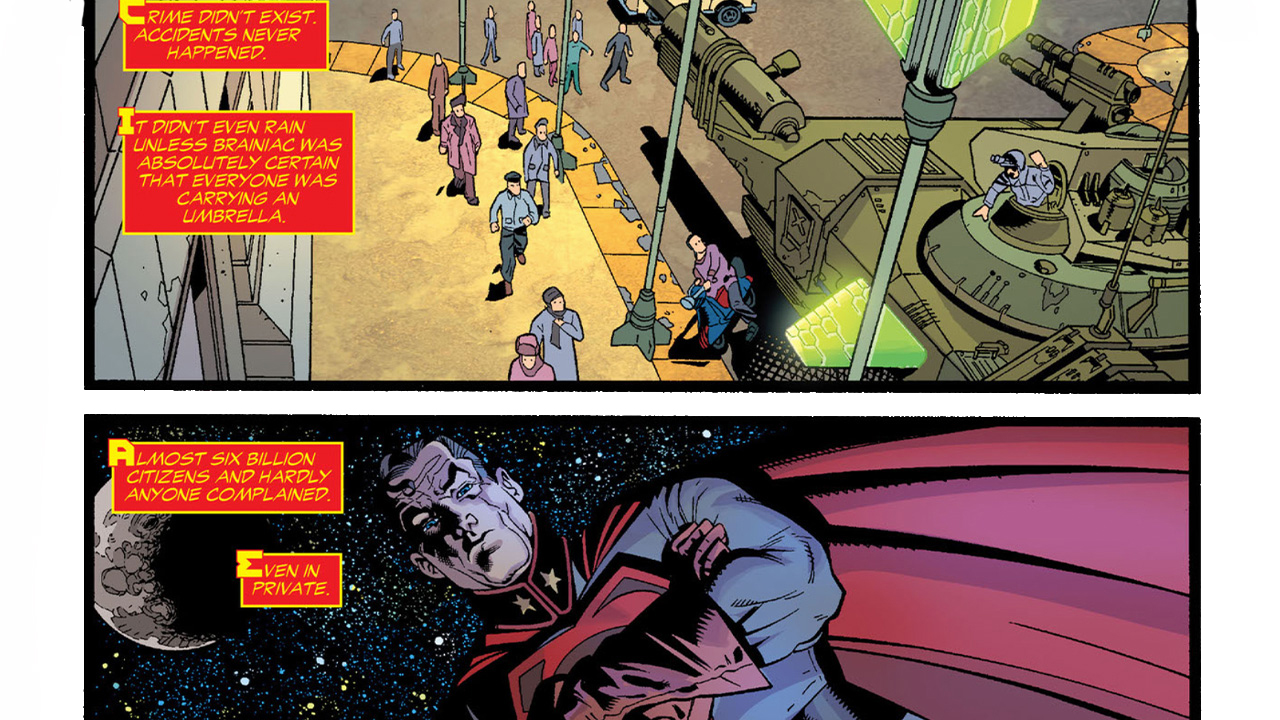 Super Heroes are a fantasy brought to life of a being of pure goodness who can protect us in times of danger and seek justice for those of us who have been wronged. Ideally, Super Heroes inspire us to strive to reach for those ideals ourselves. But the idea also comes with a dark undercurrent of autocracy which comes with placing morality in the hands of anyone, no matter how just. If we’ve learned anything from Red Son, it’s that all people are fallible reflections of the world to which they’ve been subjected. And even with the best of intentions, it becomes inevitable that those appointed (or who appoint themselves) the world’s protectors will infringe upon the liberty of others when doing so.

Or, as a surprisingly incisive Lex Luthor puts it in the book’s most climactic, devastating scene: 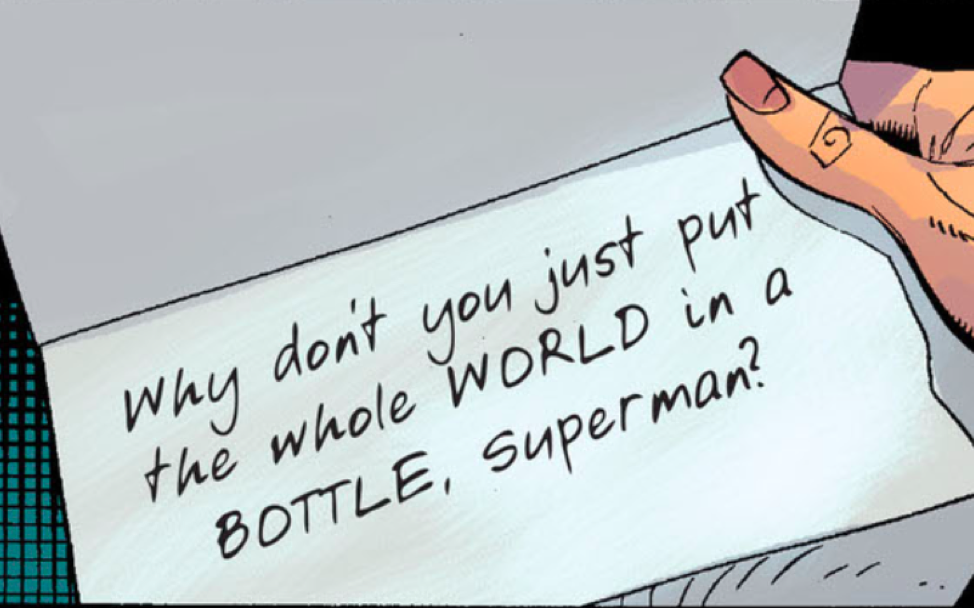 What's your favorite moment from Red Son? Talk about it in our Community.