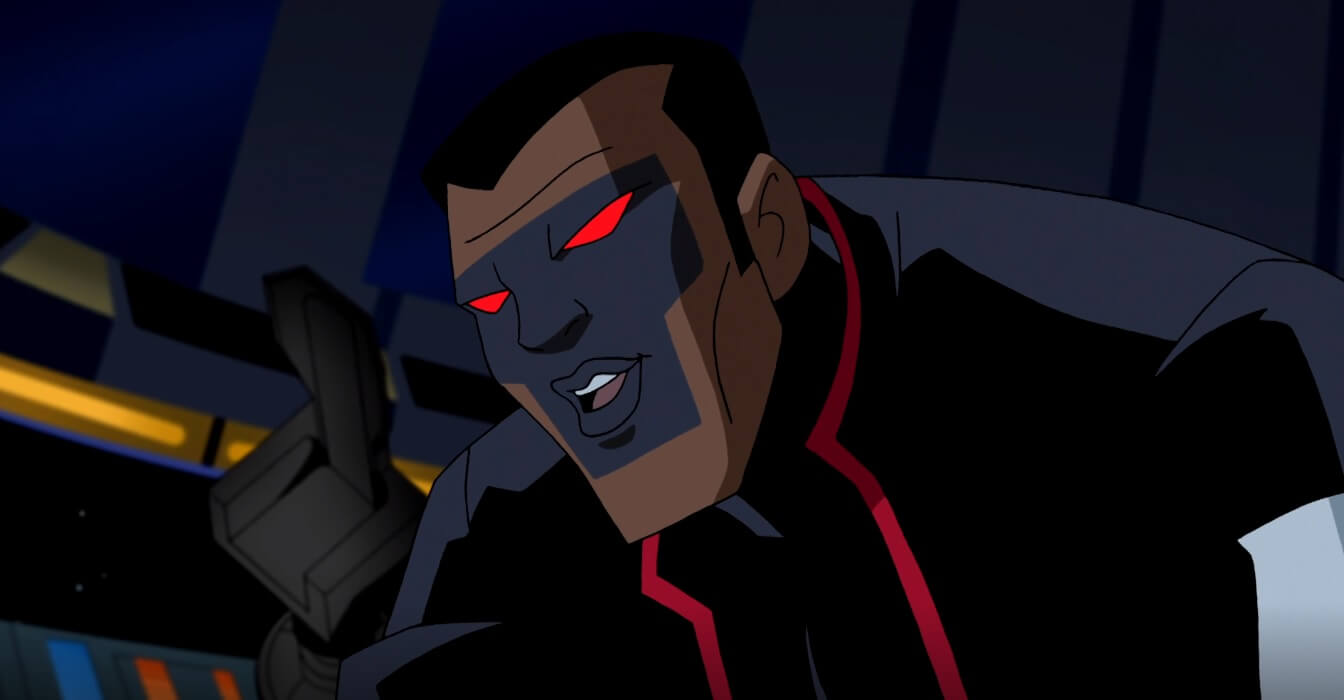 What happens when you take the morality of Superman and the technology of Batman and give them to them one of the smartest people on Earth? You get Mister Terrific! Michael Holt has used his genius to help the Justice League and the Justice Society fight villainy since he first appeared in 1997's The Spectre #54! There are plenty of reasons we love Michael Holt. Here are just a few…

Make no mistake about it, Michael Hold is one of the smartest men in the DC Universe! The man has 14 Ph.Ds in multiple fields of study, including engineering, law, and mathematics. It’s hard enough to obtain a single Ph.D, but Michael is known for exceeding expectations. He used his knowledge to create his own company called Cyberwear, which did so well that he was able to sell it to Bruce Wayne. In JSA #17, Michael is able to conduct surgery on his teammate Alan Scott after researching the operation in a medical journal. When Mister Terrific puts his mind to something, expect him to master it. 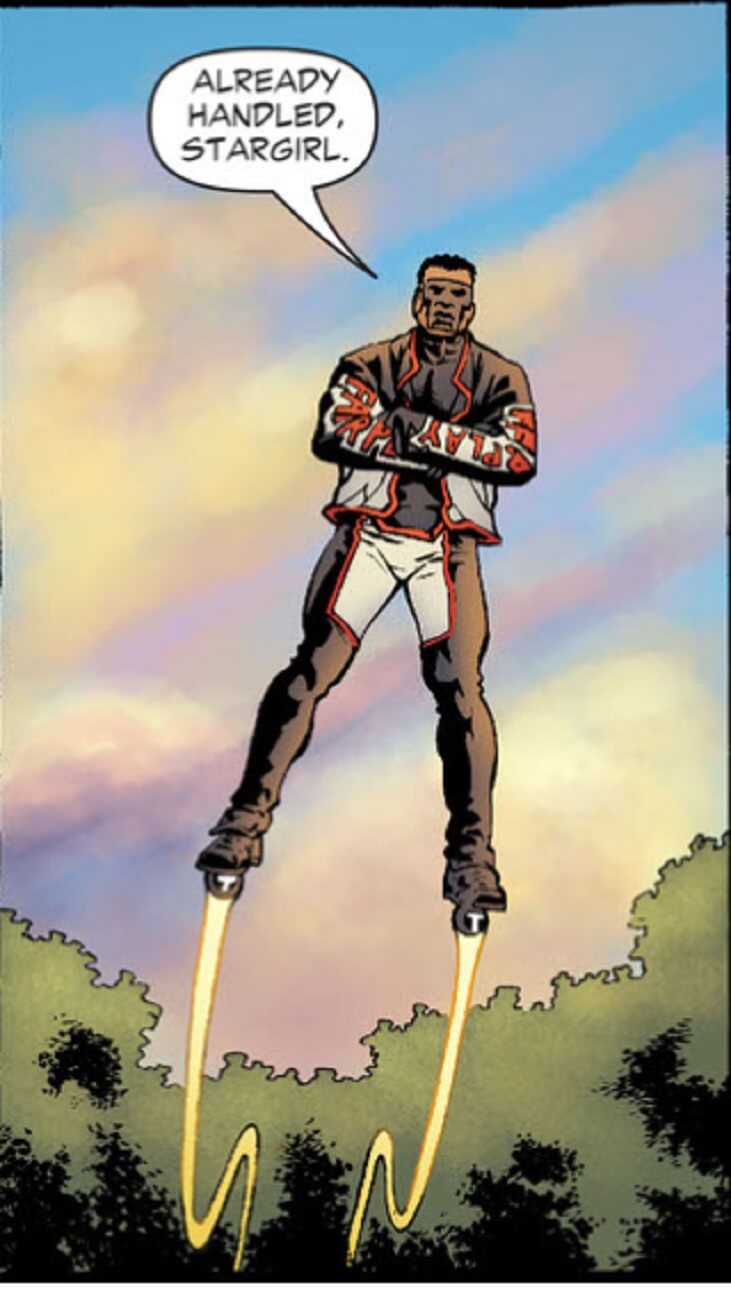 Mister Terrific may not have super powers, but his T-Spheres give him the advantages of a metahuman and the versatility of Batman’s utility belt. Mister Terrific invented them himself, and they’ve greatly aided him in his quest for justice. The T-Spheres may be tiny, but they pack quite the punch. These floating balls beat up an entire crew of Klansmen who tried to attack Michael in JSA #71, and they've exploded with enough power to move the great Captain Marvel himself (see JSA #41). On occasion, Michael has used the T-Spheres to allow himself to defy gravity, as seen in the above image from JSA #78, hack into security grids, and transmit messages.

Michael Holt proudly continues the legacy of the original Mister Terrific, Terry Sloane, whose uniform bore the slogan “Fair Play”. Michael has kept the phrase “Fair Play” as part of his costume, with the words imprinted on the sleeves of his jacket. When Michael first appeared in The Spectre #54, the new Mister Terrific stared down the godlike Spectre, demanding he release the souls of some criminals he had just taken, arguing that they deserved a chance for redemption. Looking the Spectre in the eye and putting him in his place is no small feat, and Michael did it in his first night on the job. Mister Terrific has also used the “Fair Play” mantra to make sure everyone has opportunities to succeed. In JSA #5, Michael revealed that he started a youth center and leveraged his skills as a consultant to the company Tylerco if they would help fund it. Mister Terrific knows that being a superhero isn’t the only way to make the world a better place.

He’s Invisible to All Technology! 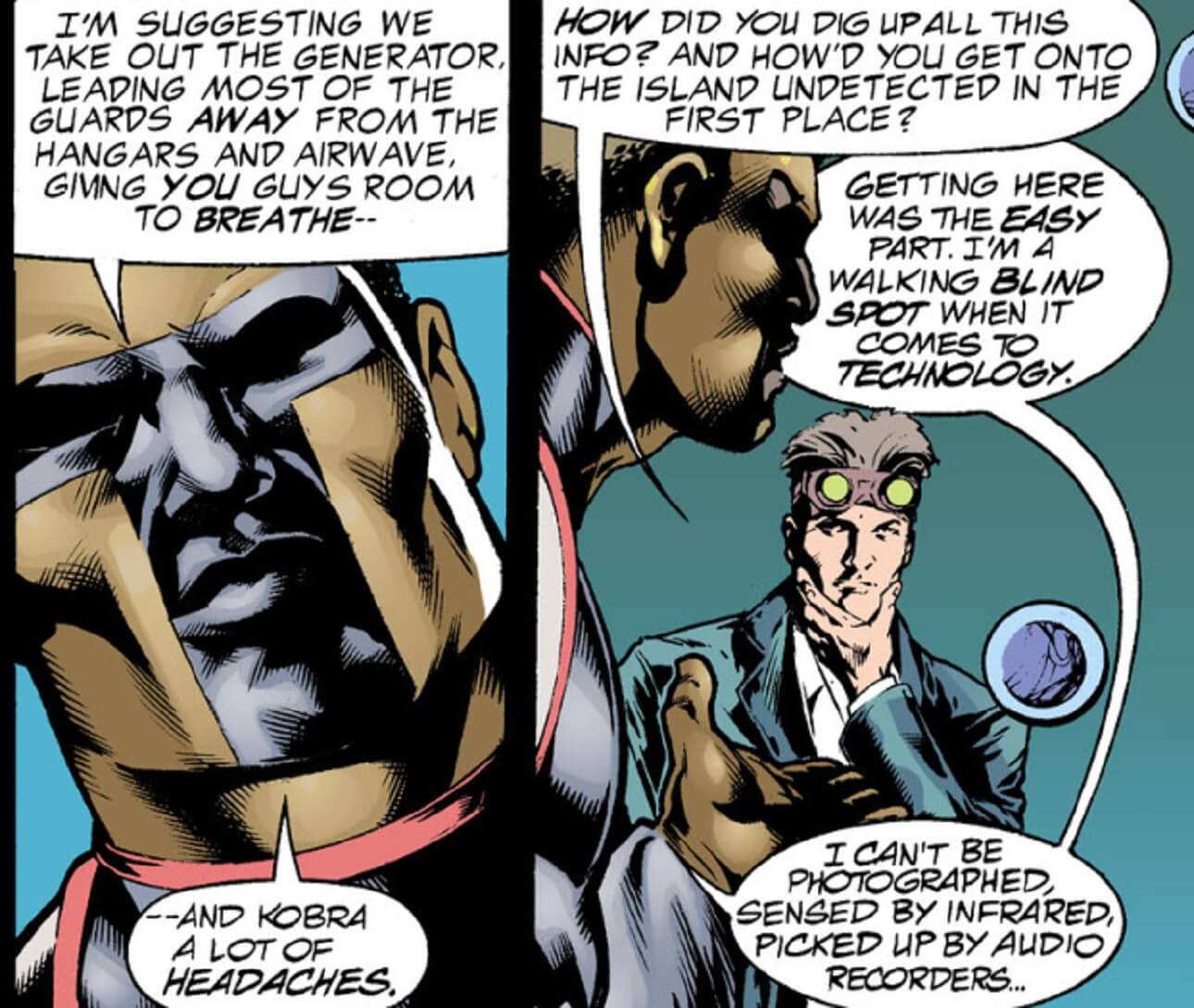 In the modern era, when everyone has a smartphone camera handy, Mister Terrific has an edge: he's invisible! In JSA #11, Michael revealed that, thanks to nanotechnology built into his costume, all forms of surveillance are unable to detect him. This ability has come in handy many times when he’s sneaked into the headquarters of an enemy, and it proved most useful in Infinite Crisis when Batman tasked him with taking down the super satellite Brother Eye. 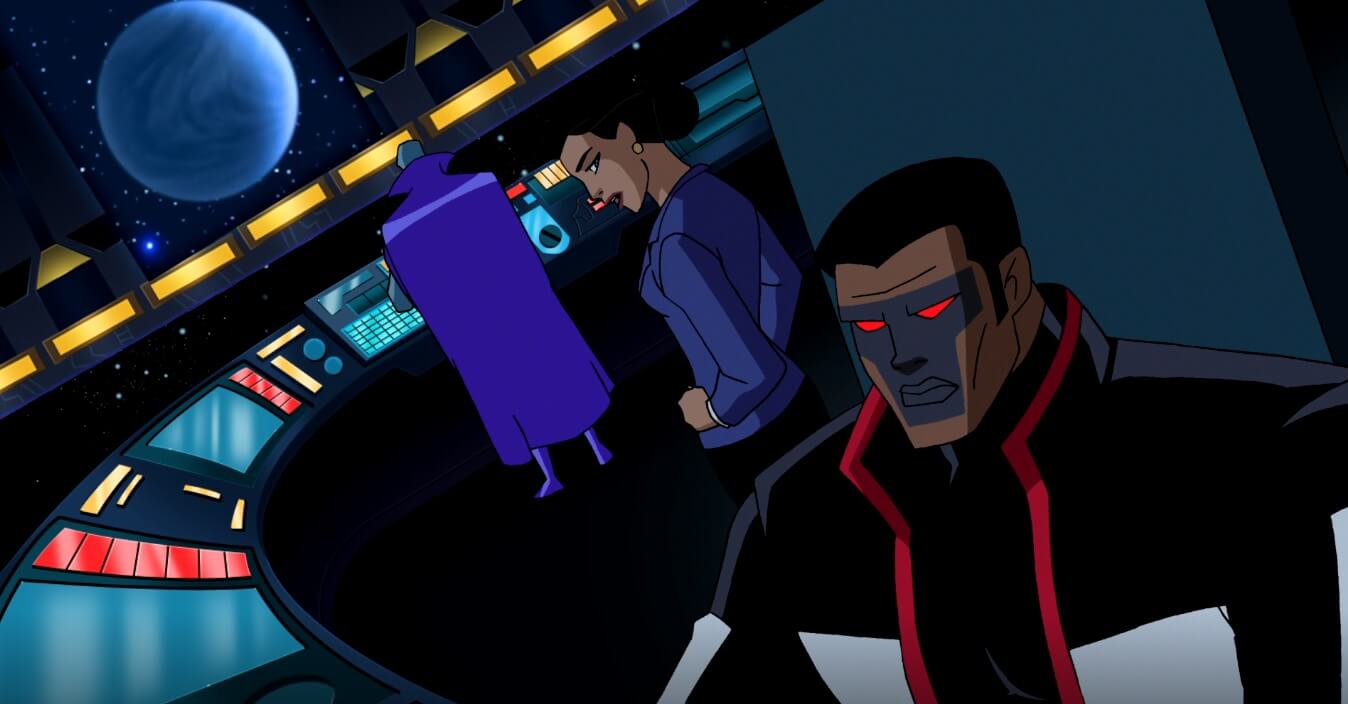 In the final season of Justice League Unlimited, Michael took over as Monitor of the Watchtower headquarters when the Martian Manhunter decided to spend time on Earth, in the episode “To Another Shore”. “He’s smart enough to do Monitor duty and the Sunday Times Crossword at the same time," Wonder Woman said with a ringing endorsement. Indeed, Mister Terrific’s intellect came in handy throughout the season. When Lex Luthor infiltrated the Watchtower using The Flash’s super-powered body, Michael was able to outthink and incapacitate him before he could escape (watch “The Great Brain Robbery” here). He also helped coordinate the League’s final attack against Darkseid in “Destroyer”. That’s Terrific!

Are you a fan of Mister Terrific? Let us know in our Community!