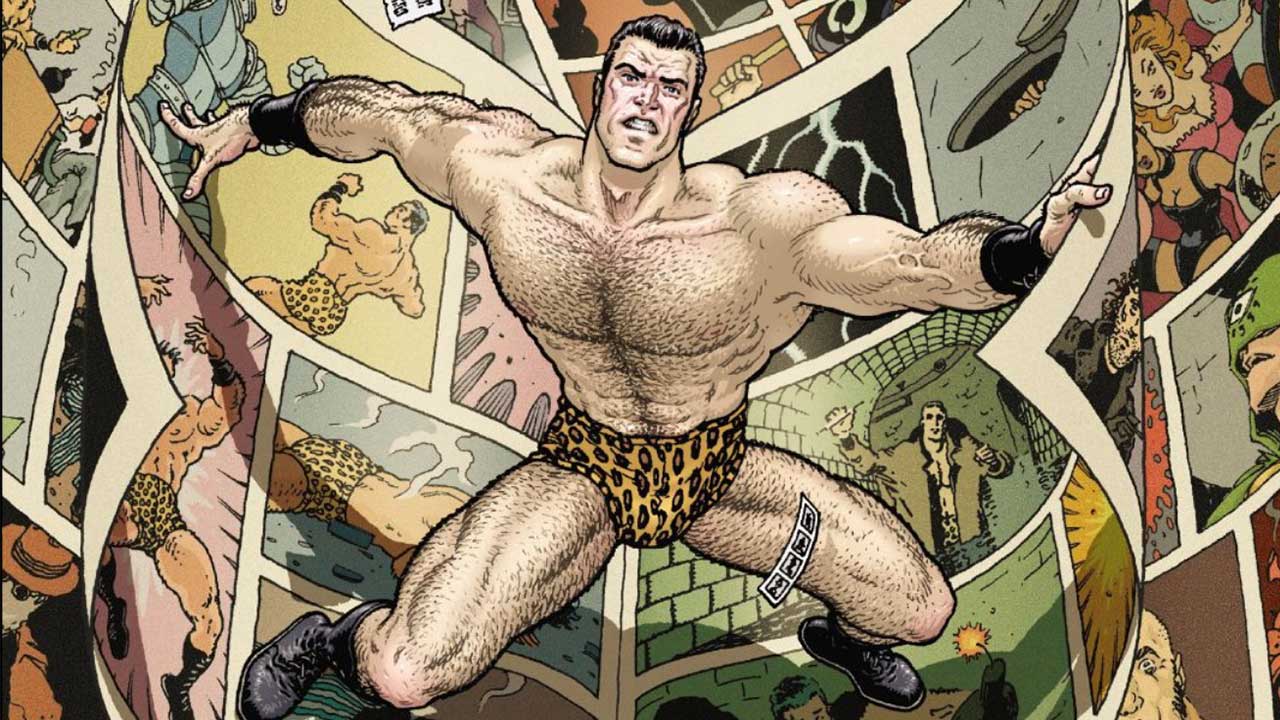 With the latest episode of DC Universe's Doom Patrol, "Flex Patrol," now available to stream, DC fans have likely gotten to meet the iconic Grant Morrison and Richard Case creation Flex Mentallo. First introduced in Doom Patrol #35, the Hero of the Beach became a firm fan fave when he got his own limited series from Morrison and his regular collaborator Frank Quitely. Now, with his proper screen debut on Doom Patrol, it's time to talk about all the reasons we love Flex... 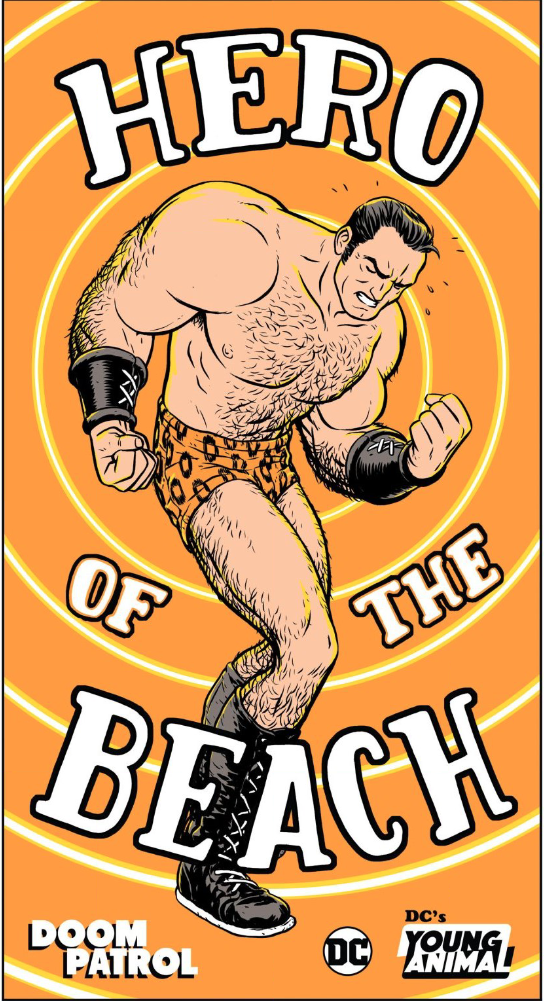 Those of you who grew up reading comics between the 1940s and the 1980s (or have picked up any reprints since) will likely remember the iconic Charles Atlas advertisements that proclaimed, "The Insult that made a Man out of Mac." This striking one-page ad featured a simple seven-panel comic next to a muscled bodybuilder in tiny trunks who promised to "make you a new man!" Well, in case you couldn't tell, Flex Mentallo was a take on this ad, with even his nickname "The Hero of the Beach" coming from the strip.

It's exactly this that makes Morrison and Case's run and Flex in particular so special. The character gets to live, breathe, and save, all whilst being a walking meta-commentary on something that seems like a throwaway joke -- but was a defining part of many readers' memories growing up reading comics. His origin was hinted at in "Hair Patrol" as Rita and Vic saw an ad for his cereal "Mentall-o's," in which it seemed like "the Hunk" had just walked off the page, leaving a Charles Atlas/Flex Mentallo-sized hole in the page... 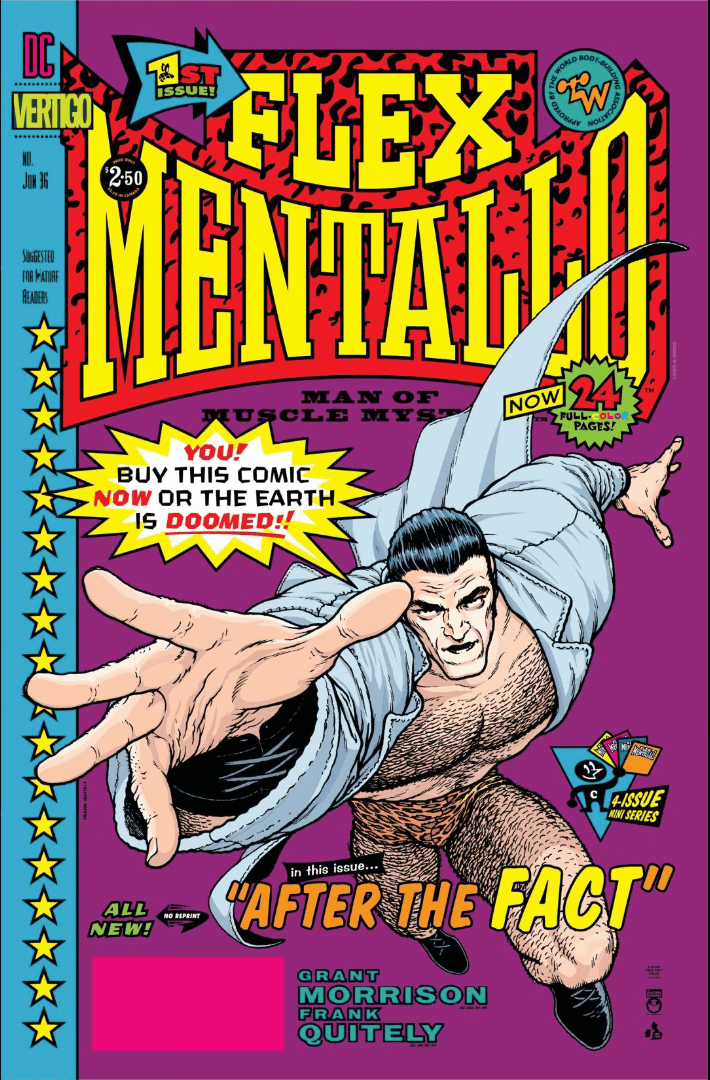 When Morrison and Quitely took on Flex Mentallo in the his self-titled limited series, the four issues cemented him as a truly unique addition to DC canon. One of the most interesting sides to Flex is the reading that he was Morrison and Quitely's rejection of the dark-and-gritty aesthetic that had infiltrated comics since the late '80s. Morrison has even said that the four issues work as analogs for the Golden, Silver, Bronze, and Modern Ages of comics. But all of Flex Mentallo is a funny, bright, meta, and sometimes sobering love letter to the merry madness of the Golden Age, and Morrison and Quitely embrace it on every page. It's a testament to the power of the creative team that they could take a one-page joke and turn him into one of the best commentaries on classic comics, as well as a classic character in his own right.

His Powers Are Limitless 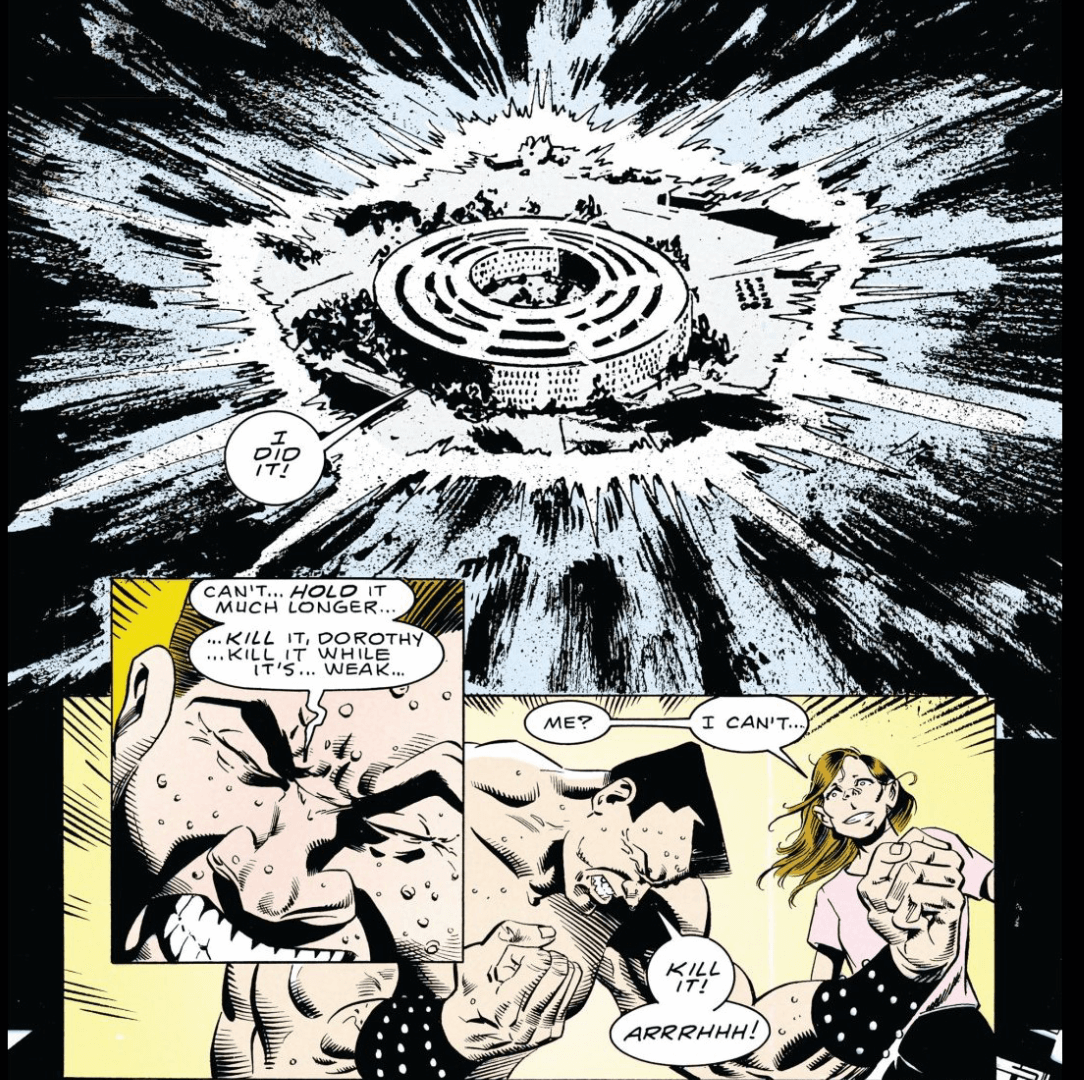 So what are Flex's powers? Well, as with many of our favorite comic characters, that's not completely clear. But he is very powerful, and the best description of what he can do is that with the power of his mind and a flex of his muscles he can do... anything. In an extreme example of mind over matter, he even once turned the Pentagon into a circle, which is possibly the most Grant Morrison thing of all time.

His Solo Series Is a Treasure Chest of Easter Eggs 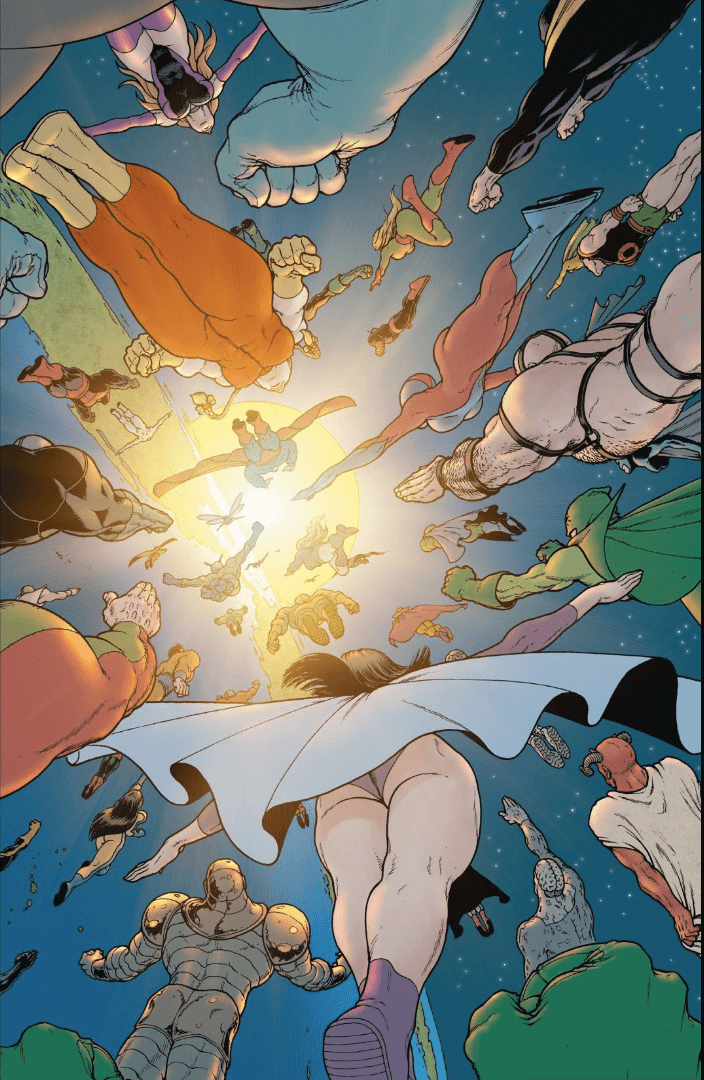 Morrison is above all a comic book fan, so Flex Mentallo's limited series is filled with references to other DC books. There are actually too many of these to count, but we've picked some of the most exciting. A "yellow boots with ridged fireproof treads" obviously hints at the Flash. Morrison clearly loves Shazam, as there are multiple nods to Billy Batson's alter-ego, from an unfinished version of the hero's classic transformation spell "SHA_A_" to the appearance of the Wizard Shazam during a particularly wild hallucinogenic trip. If you're more of a Superman fan, you'll probably catch the inversion of the Big Red Boy Scout's origin story, when an Earth-dwelling farmer has a drastic plan to put his child in a spaceship and shoot him into the ether in an attempt to save him from the end of the world. There's also something for Watchmen fans, with a cameo by Walter Kovacs himself. And Batman too get a shout-out, as The Dark Knight Returns'  Mutant Gang shows up! 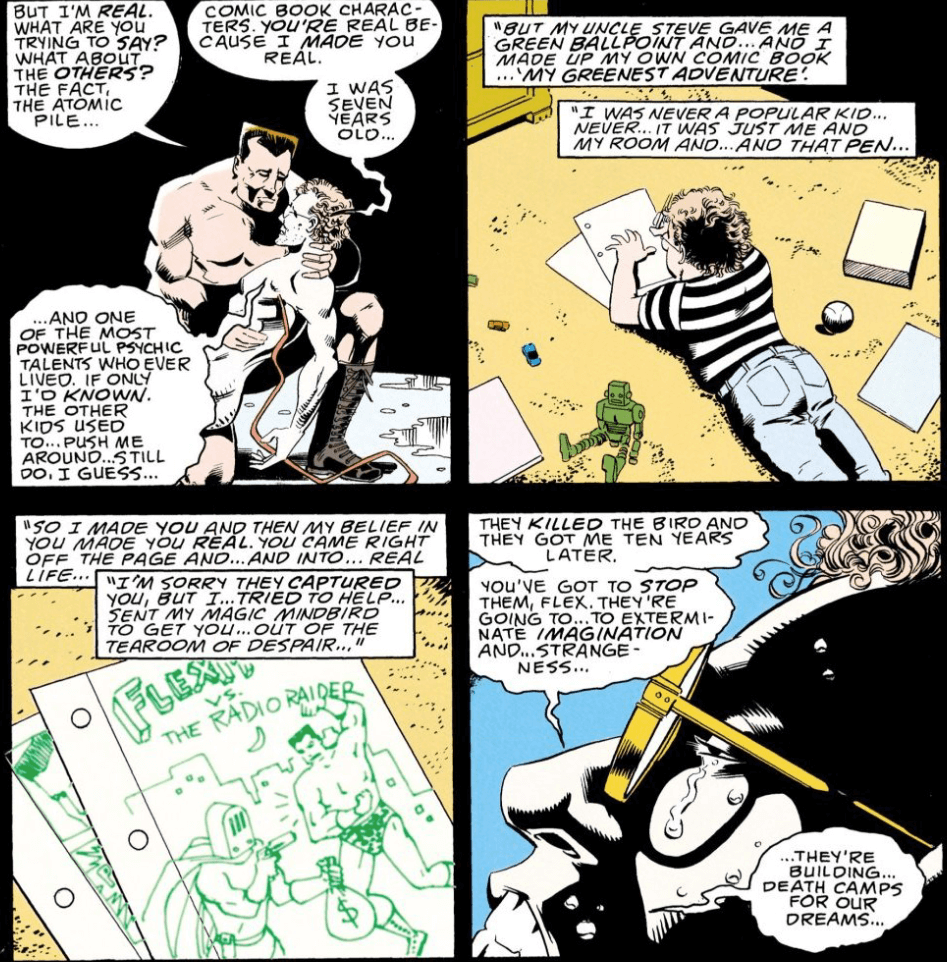 This one is a bit of a spoiler, but it's a key part of his incredible appeal and showcases just how clever and experimental the character is. After fans were introduced to Flex, it was revealed he's actually the psychic creation of a young man named Wally Sage, who imagined the perfect fictional comic-book character and brought him to life to fight crime and save the world. After he was born, Flex found his way to the Doom Patrol and history was made!

Do you have Flex Fever? Let us know in our Community!