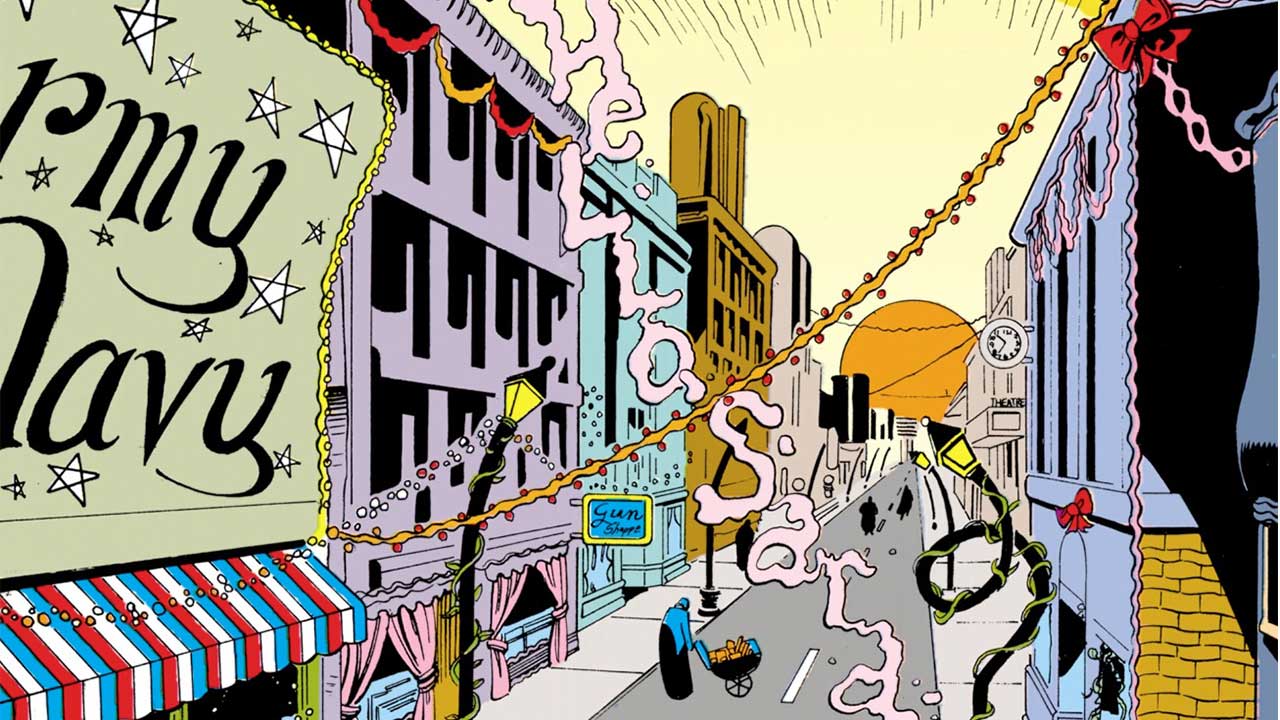 Writer Grant Morrison and artist Richard Case's Doom Patrol comic book has had a huge impact on DC Universe's Doom Patrol show. In last week's episode "Danny Patrol", viewers got to meet one of the comic's most iconic and outrageous characters, Danny the Street. Danny, is literally, just that, a street, albeit a super-powered one, with the gift of teleportation. Danny has played the role of secret space-shifting lair for the Doom Patrol. In fact, in the Titans episode "Doom Patrol," the team's mansion is located on "Danny Street." Here are 5 reasons why we love Danny... 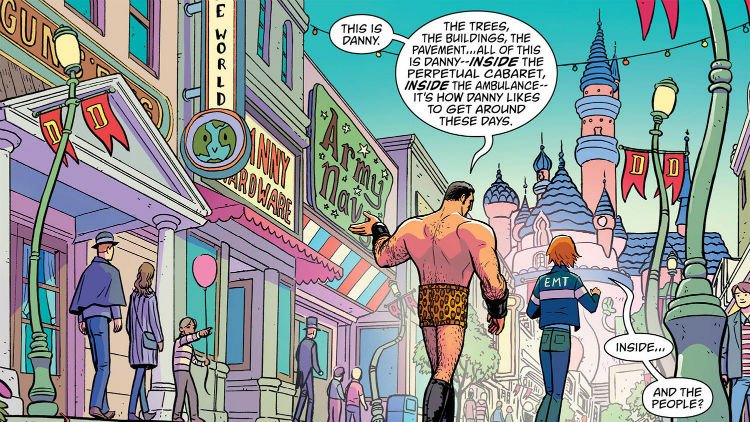 From the outset, Danny's number one defining feature -- other than being a sentient road -- has been empathy and compassion for others. From Danny's first appearance in 1990's Doom Patrol #35, Danny has been singularly unique as a character who's always thoughtful, loyal, and kind. Whether protecting the street's citizens or travelling the world in search of people who need a safe place to live, Danny is always committed to being a good friend.

In the Doom Patrol show, this is reiterated with the "Danizens of Danny Street" portrayed as misfits and loners. People without a place until they find the magical thoroughfare. Here, just as in the comics, Danny communicates with them by speaking through signage and shop windows, as well as leaves, stems, or whatever happens to be laying around. Whereas many heroes have a personal trauma that drives them, for Danny it's all about helping others.

In the original comics, Danny the Street was introduced as a "transvestite" who loved to crossdress. This would be demonstrated by the street's masculine-coded shops filled will frilly lace and other femme-coded items. But in the Doom Patrol show, Danny is introduced as qenderqueer, a clever way to keep this part of Danny's personality alive while offering better representation -- even if it's in the form of a road.

It's rare to find a genderqueer characters in comics, but Morrison and Case's version of the Doom Patrol was an inclusive one, and Danny was a large part of that. In the show, Danny is used to open up an episode focusing heavily on identity, sexuality, and being true to yourself. It's an entry that utilizes Danny's origins to enrich the narrative of the human characters.

Danny Has Been a Member of the Teen Titans 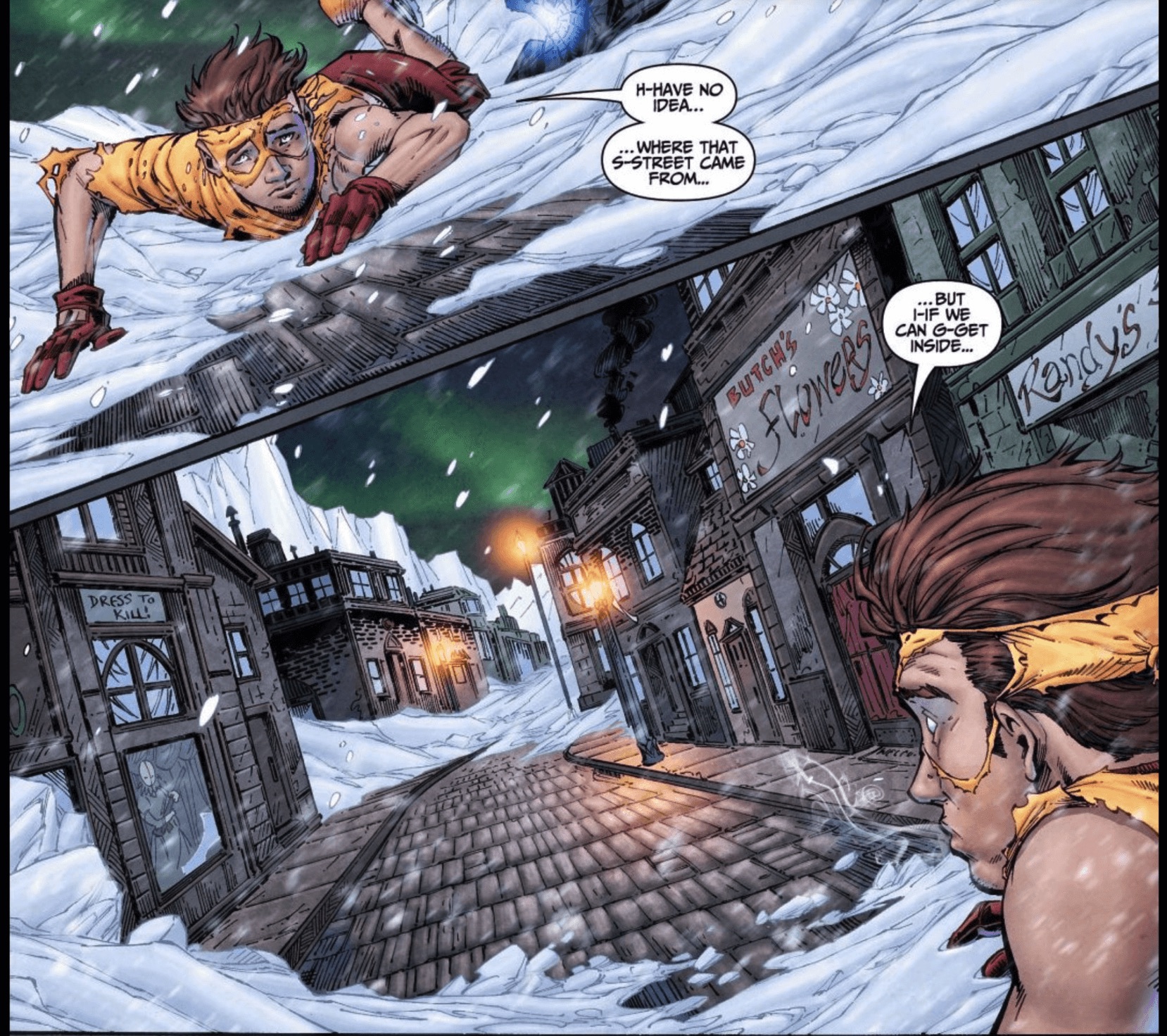 Though Danny the Street is most famous for being a part of the Doom Patrol, Danny's also been part of another DC Super Hero team. In 2012, Danny was introduced to the world of the Teen Titans in the final pages of Teen Titans #3. This story saw Kid Flash (a.k.a. Bart Allen) discover Danny while on a snowy mission gone wrong. Just as things were looking bleak, Bart stumbled across Danny just in time to save his life.

The series would later see Danny join the team full-time, transporting the young heroes around in safety and secrecy. Working under the leadership of Red Robin, Danny would become a useful ally and spy. 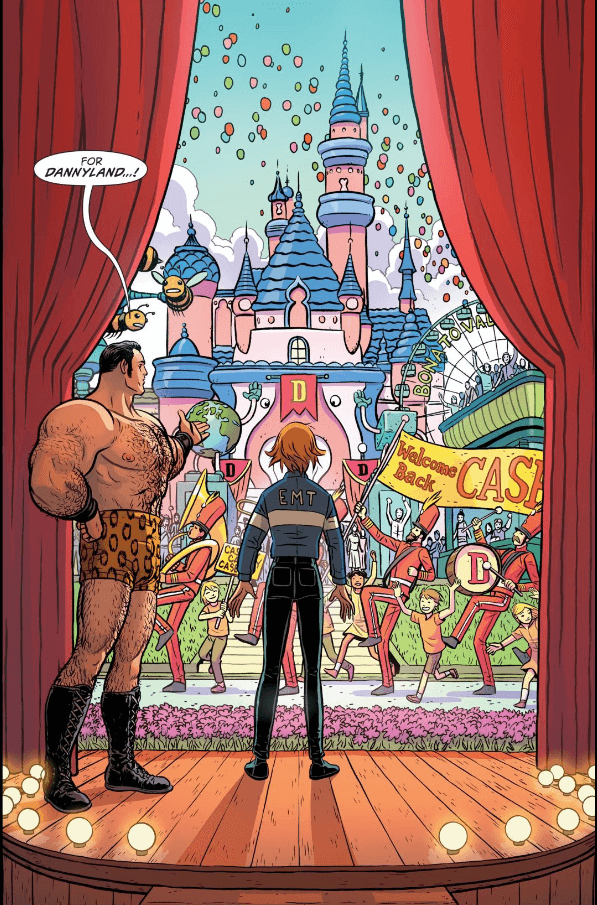 If you're still unsure of just what exactly Danny the Street's powers are, it's understandable, because Danny's power set shifts and changes just like Danny. Throughout comics history, Danny has been at different times: a road, an ambulance, an alley, and a brick. In the most recent Young Animal Doom Patrol run, Danny became a god killer and then ended up spawning into Danny the World. This gave them the wildest power that they had yet: the ability to create life. Rather than searching the galaxy for people in need, they just made their own population.

Danny the Street Is Totally Unique

Just a cursory knowledge of Danny makes it clear that there really is no other such hero around. Whether it's their gender identity, their original powers, or the fact that they're driven by kindness, Danny the Street is unique. In a team made up of the strangest of superfolks, Danny manages to rise above the rest as the weirdest and most unusual of all. While serving as the perfect ally, mode of transportation, and occasional home to all who welcome Danny.

Are you a die-hard Danny fan? Let us know in our Community!