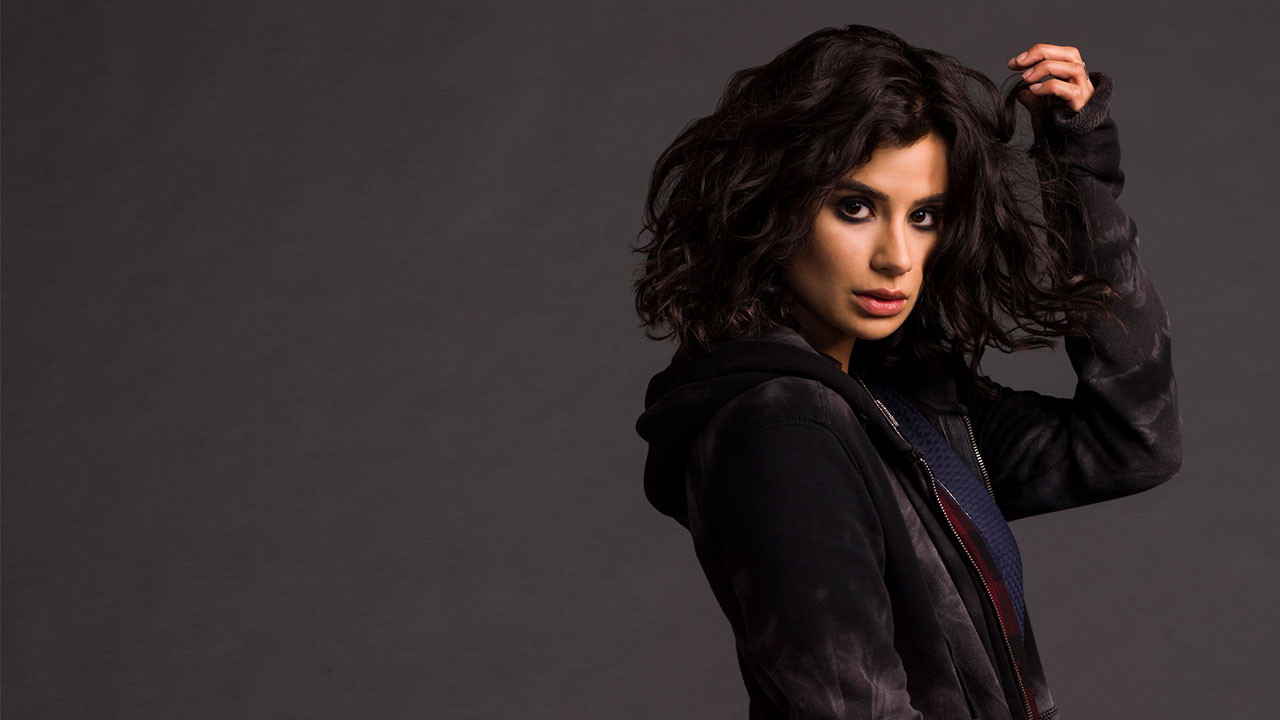 Since they first appeared back in 1963's My Greatest Adventure #80, the Doom Patrol has more than lived up to their name as "The World's Strangest Heroes". Whether you're just discovering them now through DC Universe's Doom Patrol show, or you've been a fan since you read the comics on which it's based, there's a whole lot to love about this band of misfits. One of the standout stars of the new series has been Diane Guerrero's Crazy Jane, and her performance -- especially in last week's Jane-centric "Paw Patrol" -- has got us thinking about all the reasons we adore the character created by writer Grant Morrison and artist Richard Case 30 years ago...

She's Unlike Any Other DC Super Hero 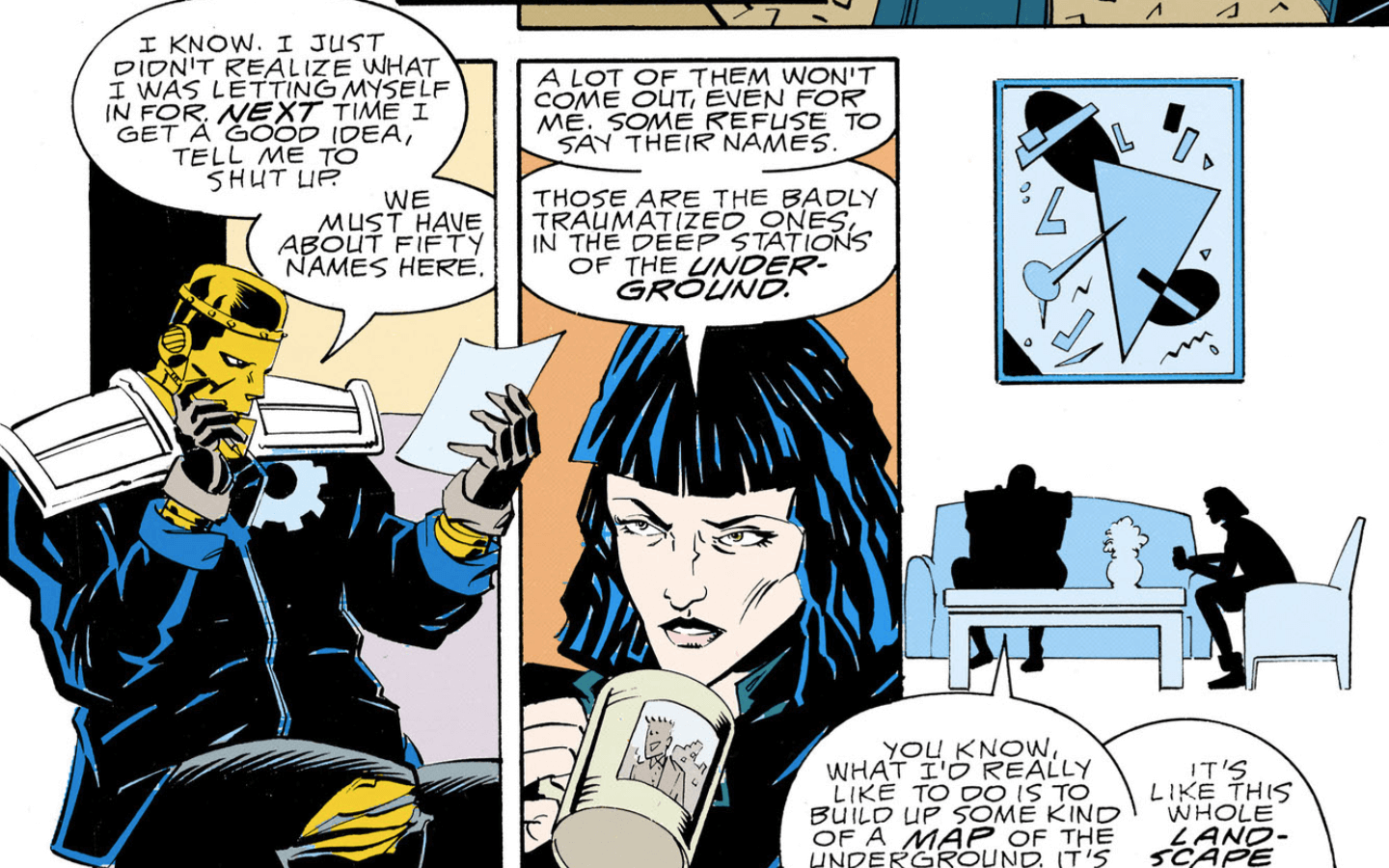 Kay Challis, a.k.a. Crazy Jane gained her powers due to horrific abuse in her past which caused her to create 64 separate personalities, each with the purpose of protecting the young girl at their core. Jane first appeared in 1989's Doom Patrol #19. This issue focuses on the leftover members of the Doom Patrol as they come to terms with the devastating alien invasion which killed most of their team in the last arc.

Jane's unusual powers separate her from the rest of her teammates. Her powers are loosely based on the real-life condition of dissociative identity disorder. But unlike many other pop culture representations of DID, Jane is never a monster or a victim. She's just a young woman doing her best to deal with the hand that life has dealt her by creating a support network that she never had. Of course it helps that due to a scientific accident each of her personalities has a separate super power... 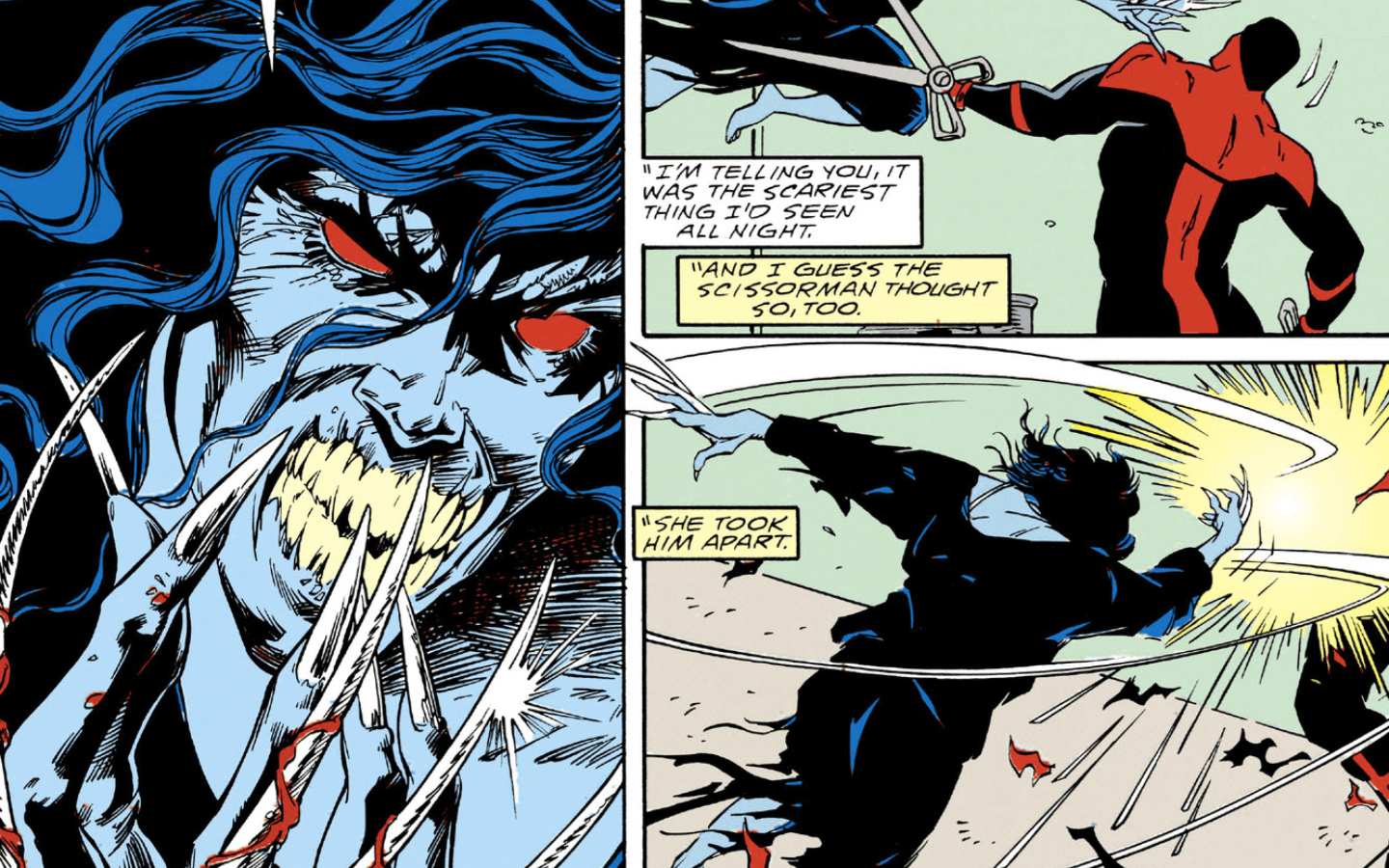 Jane inhabits a completely unique space in superhero comics. Though her 64 personalities were created as a way of protecting herself after being abused at a young age, she became a hero after the detonation of the Gene Bomb. This was the same device which left the team's Rhea Jones comatose, but instead of harming Jane it imbued each of her personalities with a different super power.

We've seen some of Jane's different personalities in the new Doom Patrol original series, but in case you've yet to check it out here are a few examples of the weirder multitudes Jane contains... Sun Daddy is a flaming headed giant. Hammerhead is wildly aggressive and often comes out when Jane is scared. Lucy Fugue is a radioactive-powered personality who can control harmonic vibrations. And the Hangman's Beautiful Daughter is a key part of Jane's psyche, a talented artist with a thoughtful heart and powerful psychic abilities. 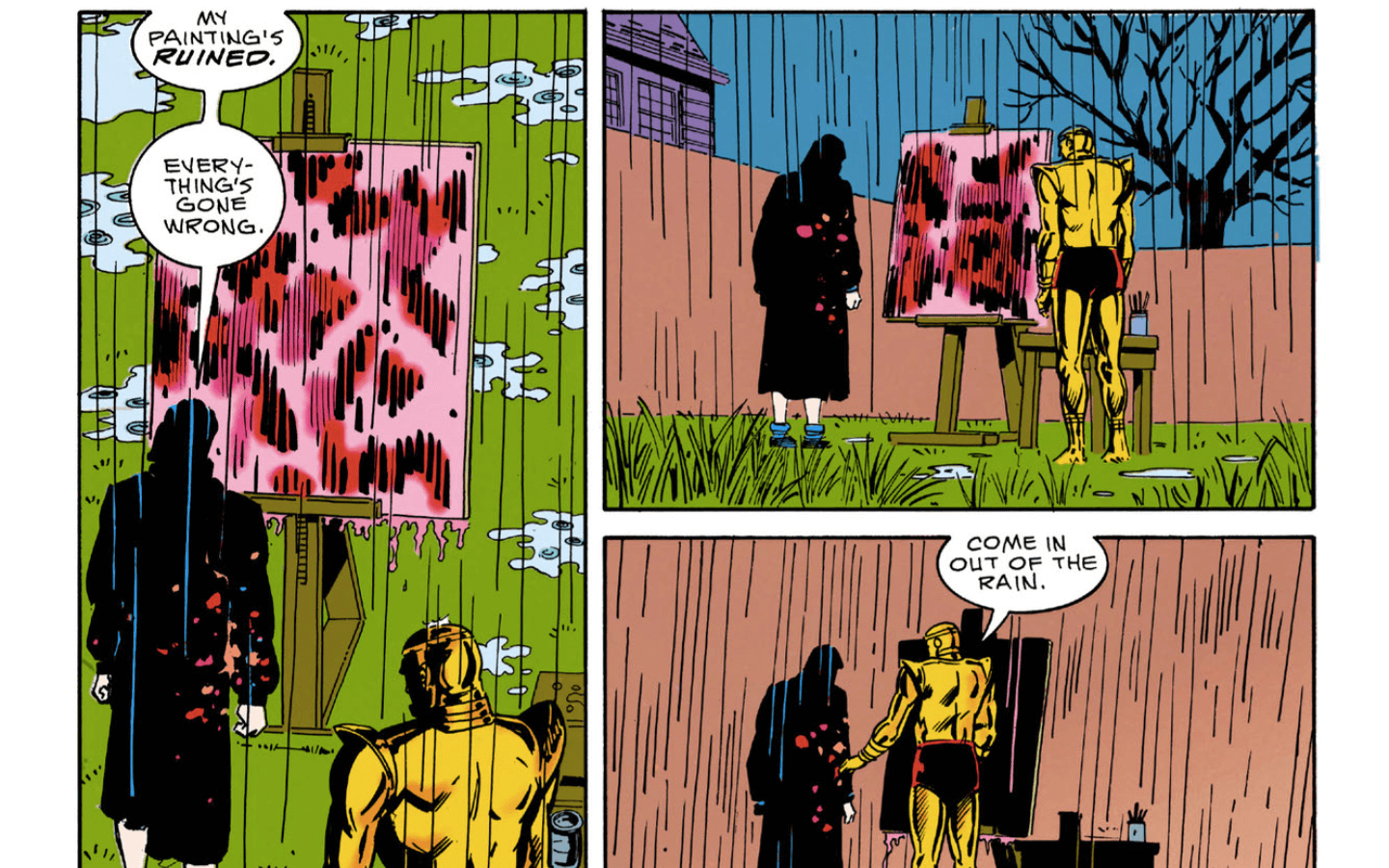 Spreaking of the Hangman's Beautiful Daughter... She's an aspect of Jane which we see early on in both the comic and the show, one that offers us an insight we rarely get. This side of Jane is incredibly passionate, thoughtful, and has the ability to bring the things she paints to life with her mind. Her paintings often play key parts in the team's evolution, with her and Cliff first meeting whilst she creates one of her pieces of art outside the institution where they've both been staying. It's a moment recreated in the Doom Patrol pilot.

She's at the Heart of the Team 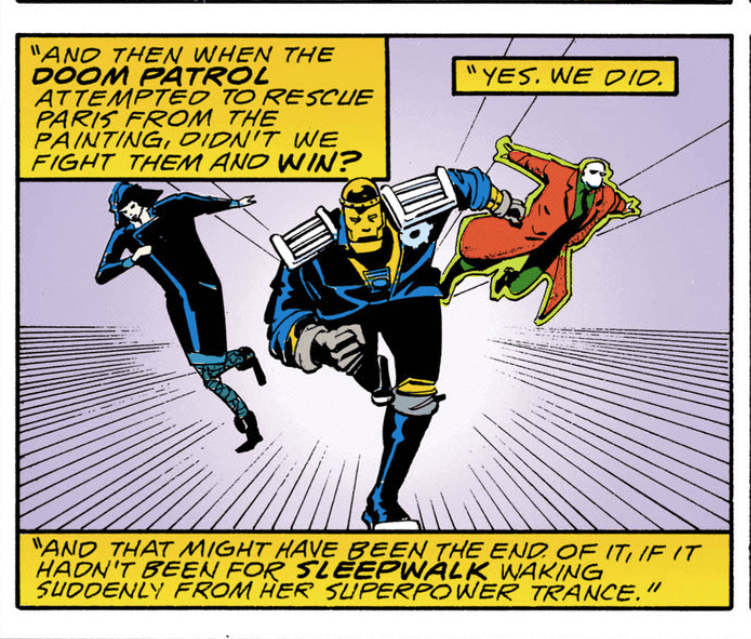 When we first join the Doom Patrol in Morrison and Case's run, they're split apart at the seams. Some dead, all traumatized and none ready for the fight ahead. But when Cliff checks himself into an institution to deal with his massive depression and PTSD, he ends up discovering Jane after Will Magnus shows him his life isn't as bad as he thought it was. Jane immediately brings focus to Cliff's life. She becomes an ally, a friend, and a reason for him to fight the depression he's been battling.

Jane comes to the team as an outsider, as an unexpected quantity, but ends up being part of the reason they reunite. As well as igniting the new era of Doom Patrol, she also plays a huge part in defeating the Fifth Horseman and the other threats they face during her stint with them. 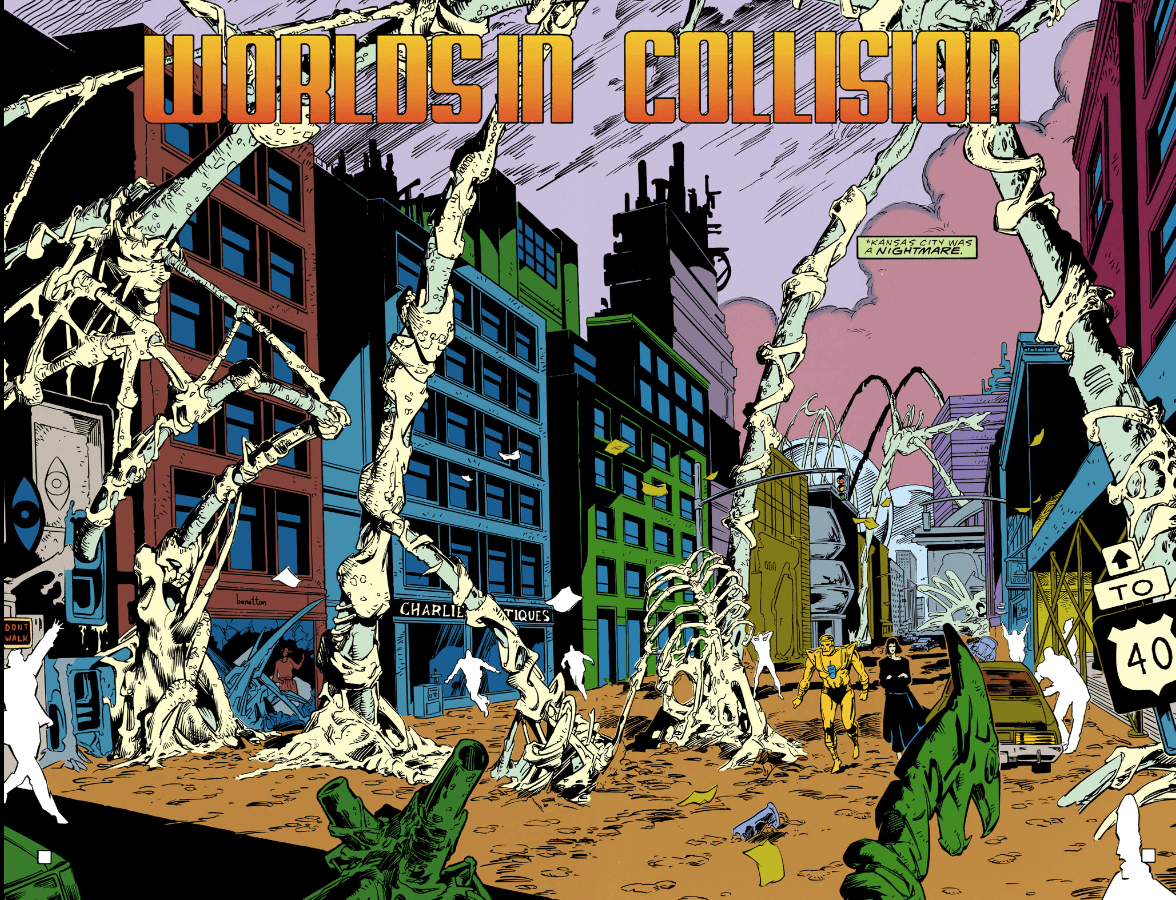 Just like the rest of the Doom Patrol, Jane doesn't look like your average superhero, and her goth-influenced look makes her again stand out from the crowd. Crazy Jane's standard look is super-cool, classic black tones, and slick silhouettes, representing her darkness and inner turmoil. Unlike other heroes though, she gets to have a new look with each of her powers and personalities. It's striking in the comics and even more so onscreen, where we constantly get to see her switch looks, personalities, and styles.

Are you a Crazy Jane fan? Let us know in our Community!