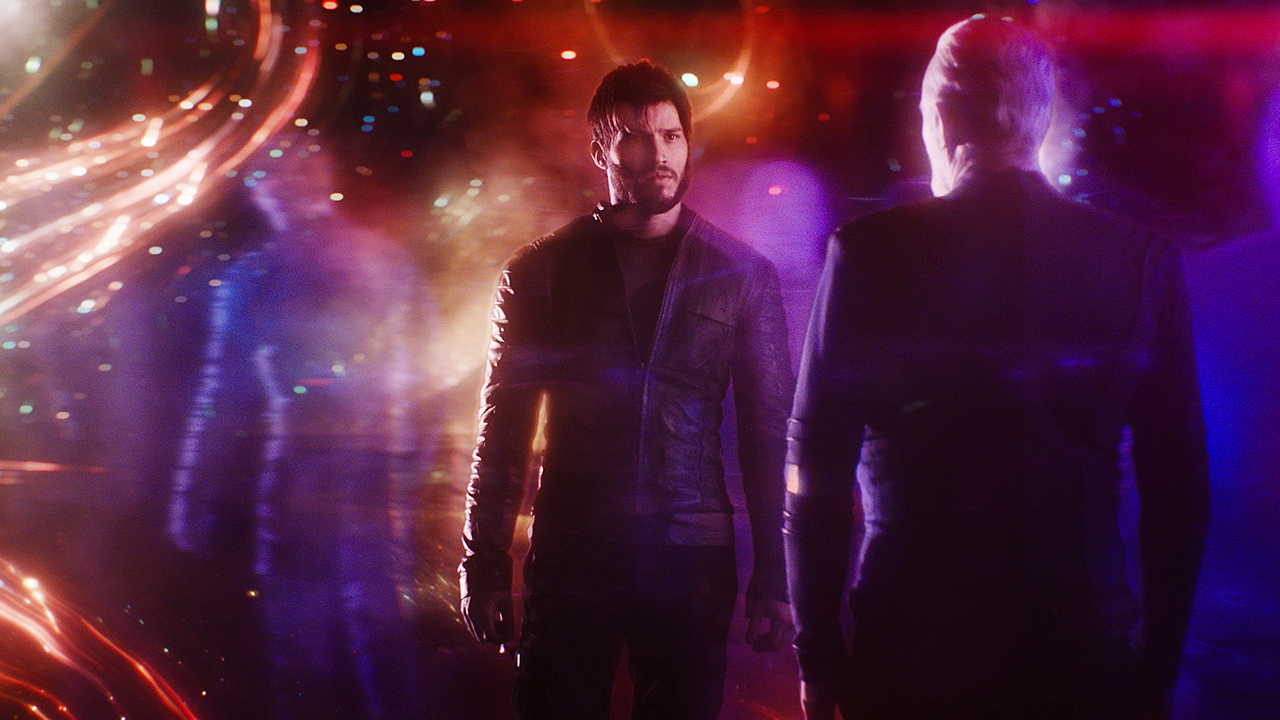 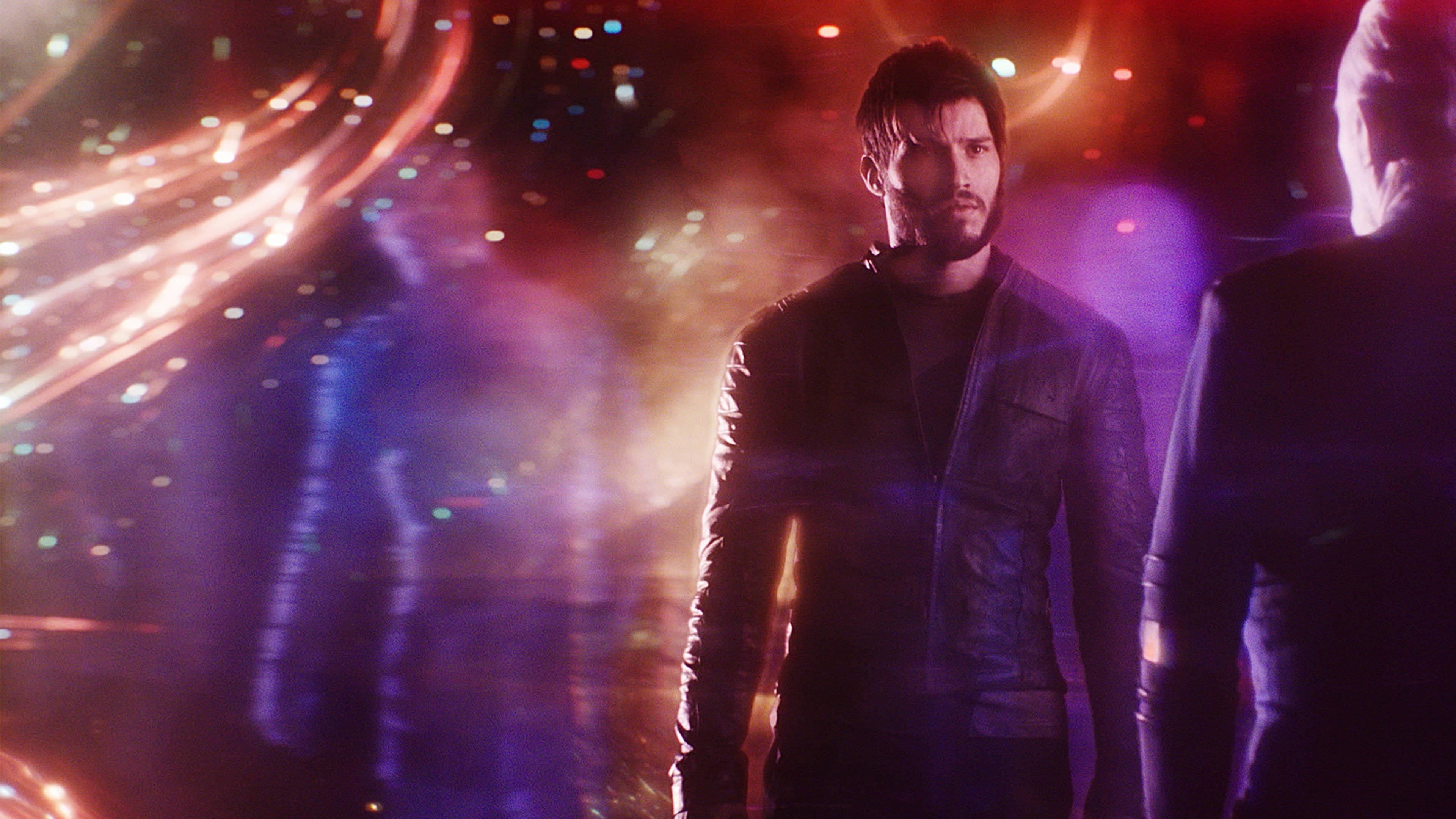 ‘Krypton’ has returned for a second season of intergalactic adventures, inspired by the rich mythology of DC Comics. And the season premiere, “Light-Years From Home,” is now available to watch on DC Universe through Tuesday, July 2nd! This episode kicks off the show's second year with plenty of surprises, Easter eggs, plot twists, and the live-action debut of fan-favorite character Lobo. So if you loved the first year of 'Krypton,' there's a lot to be excited about in season 2. Here are five exciting takeaways from 'Krypton's' season premiere...

The Show Is Going Beyond Krypton 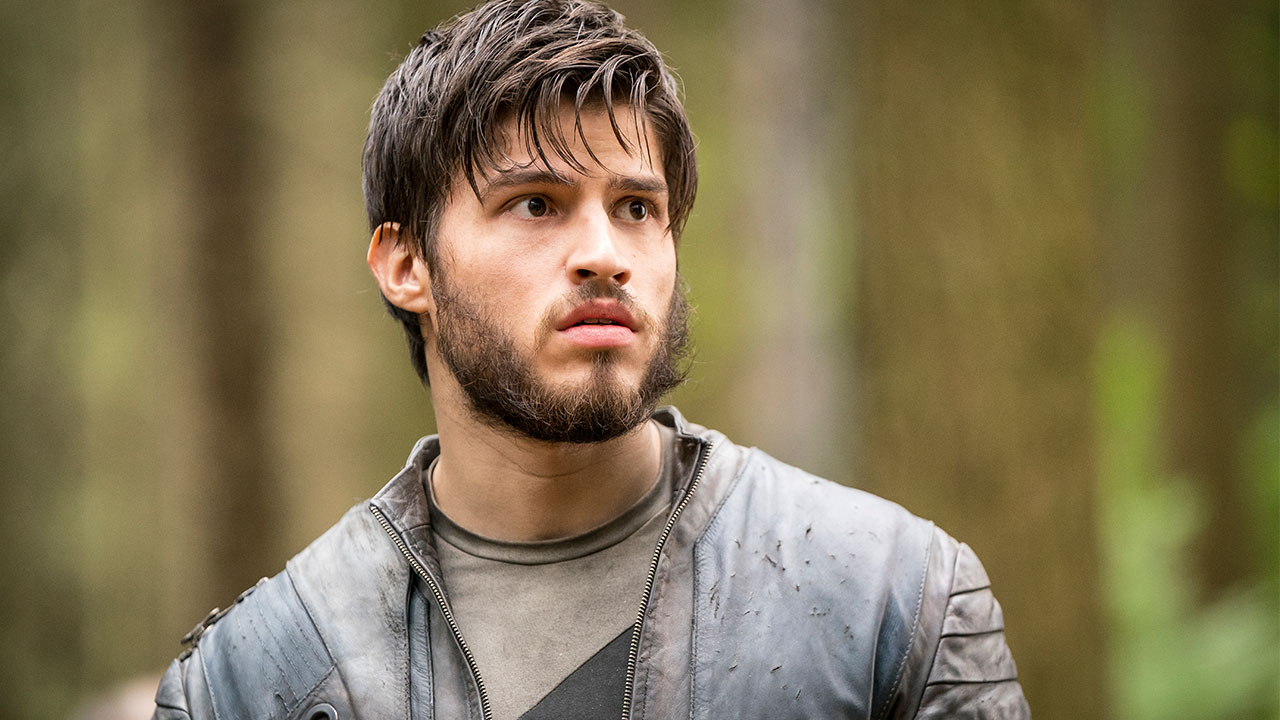 In season 1, a majority of the show's action took place on Krypton itself, but the season premiere introduces new exotic locations, setting the stage for exploration into a larger world. The Phantom Zone has been seen in live-action before (from the 1984 ‘Supergirl’ film to the television series ‘Smallville’), but never like this. This version of the Phantom Zone is truly the maddening experience that Van-El and Dru-Zod described last year. Time, space, and reality all came together in the Phantom Zone to form a scary experience that can tear apart your sanity. After escaping from the Phantom Zone, Seg-El and Brainiac wound up on Colu, a world filled with rainforests. From Seg’s surprised reaction, it appears he’s never seen so many trees in one place before. While Krypton was a dark world filled with technology, Colu is green and seems devoid of most machines -- probably because Brainiac wiped out the world’s entire population. Seg-El isn’t the only cast member exploring new worlds. Val-El and his freedom fighters have plans to visit Wegthor, one of Krypton’s moons. The Wegthor citizens are the only Kryptonians who have been unaffected by Dru-Zod’s recent military takeover. Wegthor was a classic part of Krypton’s mythology in the comics, but it was ultimately destroyed by Jax-Ur. With Jax-Ur’s television counterpart working with Val-El, it seems like the colonists of Wegthor might have reasons to be concerned. New worlds will bring new color palettes, new character concepts, and some interesting story developments and it looks like they’re just getting started.

The Threat of Doomsday 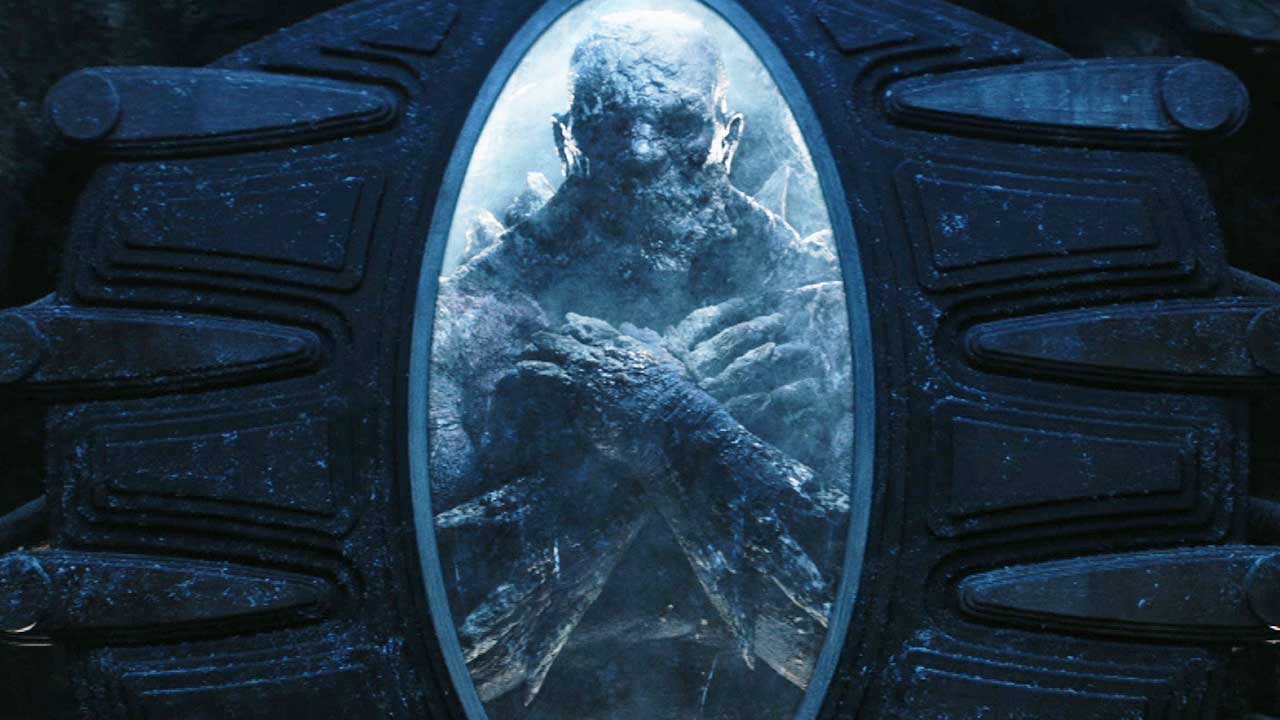 Last season ended on a chilling note as the Kryptonian killing machine known as Doomsday escaped his entrapment. Although we didn’t see Doomsday this episode, his presence was heavily felt. Lyta-Zod is fully aware of the damage the monster can do and has spent months searching for him. We may not know where Doomsday is, but it’s clear he’s been busy. While interrogating Raika, Lyta-Zod learns that Doomsday had murdered the entire Cythonnite sect, leaving Raika as the only survivor. Lyta-Zod kept questioning Raika, but the traumatized zealot had no clues about the monster’s whereabouts. Consider this: Doomsday was able to kill Superman while the Man of Steel was at the peak of his powers. Imagine how the monster would tear through an entire race of Kryptonians that don’t have superpowers of their own. These are the fears that are keeping Lyta-Zod up at night, and it’s why her search for the monster is never-ending. Doomsday could strike at any moment, and if he does it could mean the end of Krypton. 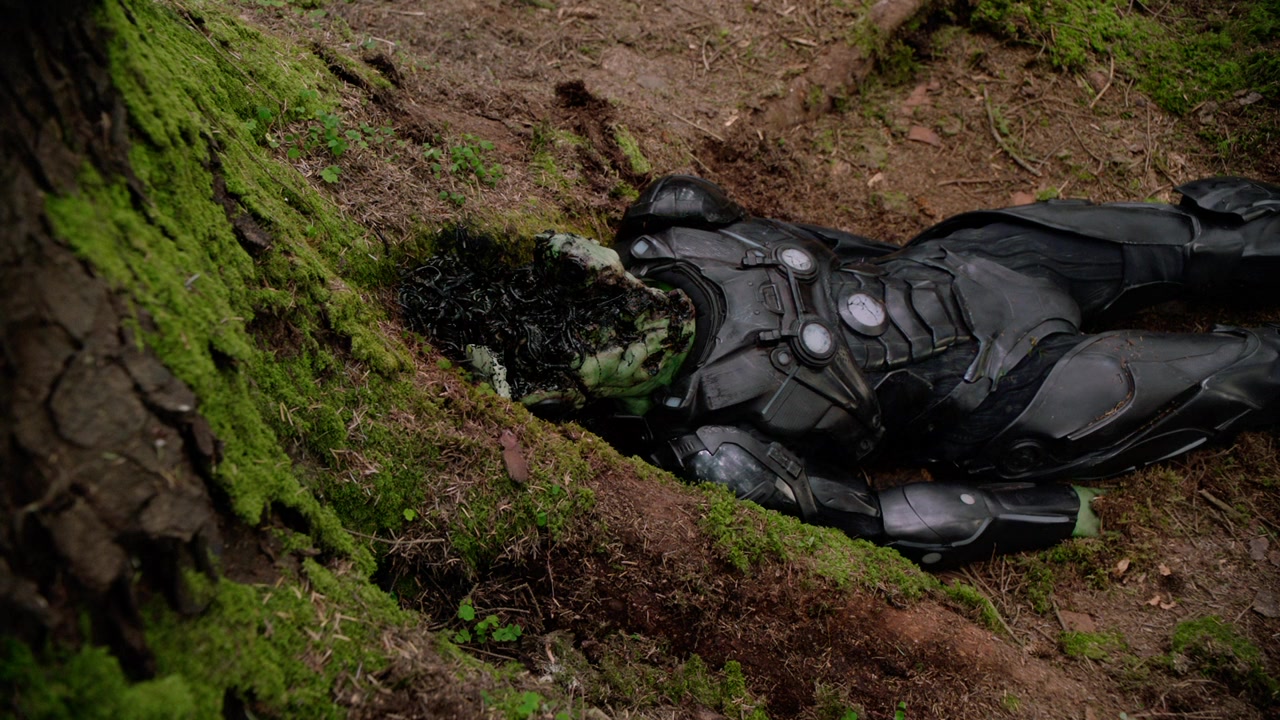 We’re only one episode into the new season, and the body count is already high. Some main characters from ‘Krypton’ season 1 did not make it out of this premiere alive, making it clear that this season will be played for keeps. Nyssa-Vex finally confronted her father Daron-Vex, but just when he was about to reveal her mysterious origins, Krypton’s former magistrate was gunned down by Lyta-Zod. Daron-Vex had been a master manipulator throughout the first season, making alliances with anybody who could help him survive. He once ruled Kandor and had higher aspirations for power, yet before his death he was reduced to a disheveled homeless man. The alien collector Brainiac also met his end, after a frustrated Seg challenged him to a fatal duel on the planet Colu. Brainiac had grand plans for regaining his strength and building a new ship, but Seg wasn’t in the mood for any alliances, even if it meant their mutually assured survival. Stripped of all their technological weapons, it appears that Seg-El beat Brainiac with brute force. Could this really be the end of Brainiac? Even the kindly old Mama Zed was gunned down by Sagitari forces, after being forced to betray her friends from the resistance. Cloning has been utilized in this show before, so it’s possible that not everyone will stay dead. Regardless, it’s still a good idea to leave your expectations at the door, because season 2 is deadly and not everyone will be making it out alive. 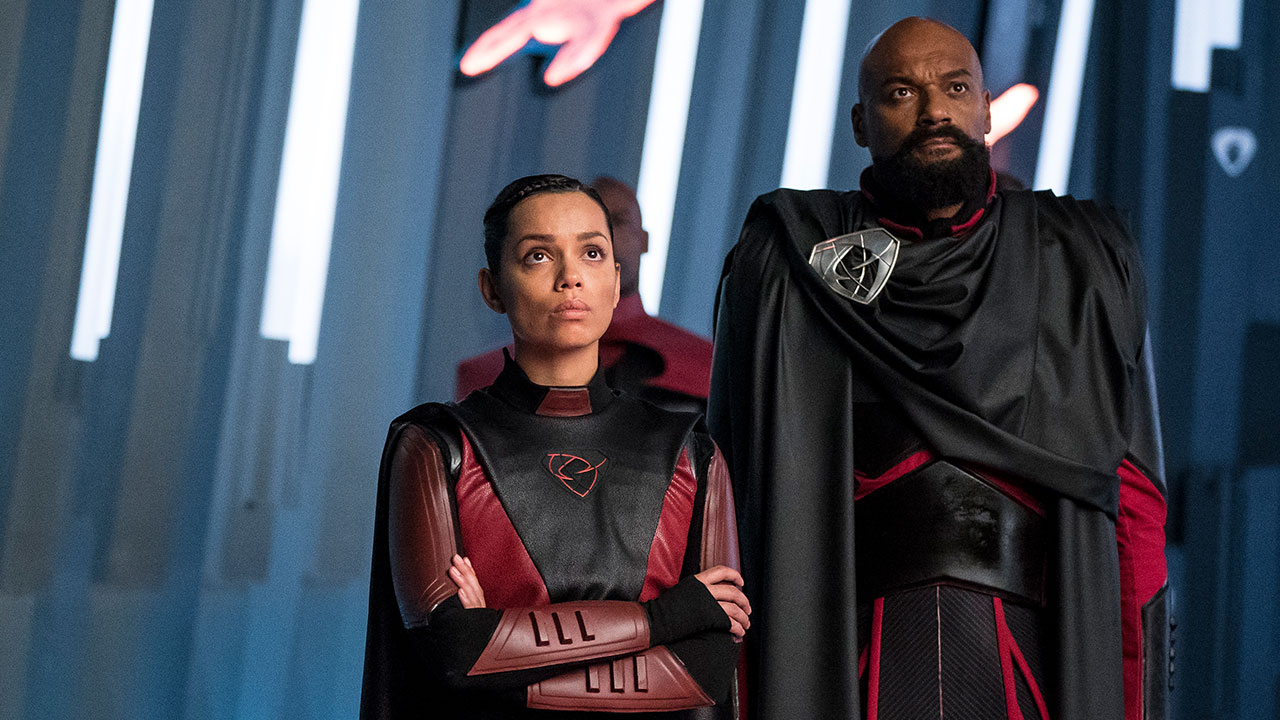 Forget about keeping up with the Kardashians, because the Zod family is definitely the one to look out for. The new season opens with the time-displaced Dru-Zod ruling Krypton and getting ready to take his empire across the cosmos, eradicating all alien cultures that might stand in his way. His mother Lyta-Zod stands by his side, leading the Sagitari army with an iron fist. All the compassion that Lyta displayed in season one seems to be gone, and she appears to be just as heartless as her son. Dru-Zod heartlessly kidnapped his infant half-brother Cor-Vex and threatened to raise him as a Zod. There’s also the matter of Jayna-Zod, who was presumed dead last season, but her body was never found. It appears that Jayna is still out there, plotting against her daughter and grandson. As if the family drama wasn’t complicated enough, during Seg’s imprisonment in the Phantom Zone, he saw a future vision of Dru-Zod strangling the life out of Lyta. Was the matricide a Phantom Zone hallucination, or a warning of how the Dru/Lyta alliance will disintegrate? If you thought your family had problems, the Zods have them beat. The Zod family in-fighting is enough to tear apart an entire planet’s governing system, and it appears to have done just that! 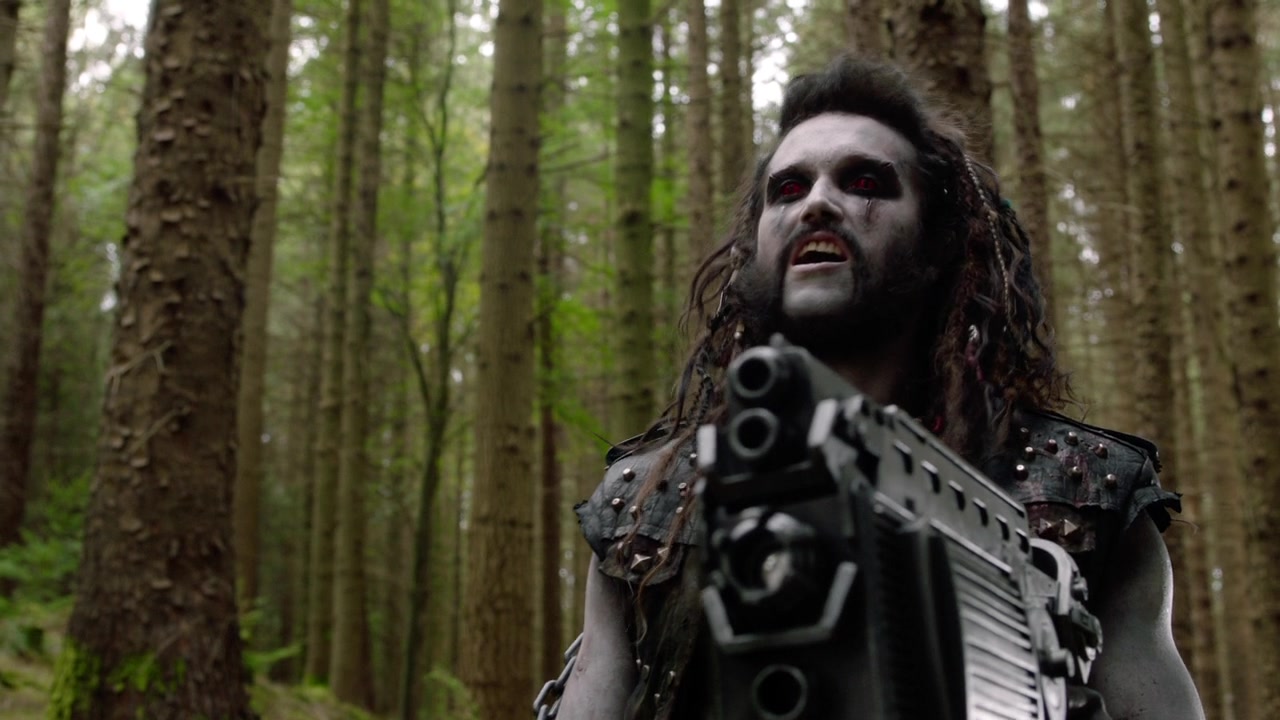 The "Main Man" has arrived and he’s about to tear some bastiches up! With Brainiac out of the way, Adam Strange and Seg-El thought the danger was over, until they came face-to-face with Lobo, the galaxy’s most dangerous bounty hunter. Adam Strange made the mistake of making fun of Lobo’s complexion, a move that resulted in him being knocked out by one of the Main Man’s giant guns. Seg-El hit the floor seconds later, and Lobo proved he’s just as deadly as his comic-book counterpart. Seg and Adam remain alive for now, but that’s only because Lobo is curious about how they ended up on Colu. If there was any concerns about Lobo being toned down for live action, his introductory scene quickly put those fears to rest. Lobo’s vocabulary is coarse, his guns are big, and his attitude is spot on. ‘Krypton’ has always been an exciting show, but with the inclusion of Lobo, the series has been given an extra ingredient to make this season one for the ages. What are the Main Man’s plans for Adam Strange and Seg-El? Hopefully they can survive long enough to find out…

What was your favorite moment in Krypton’s season 2 premiere? Let us know in our Community!