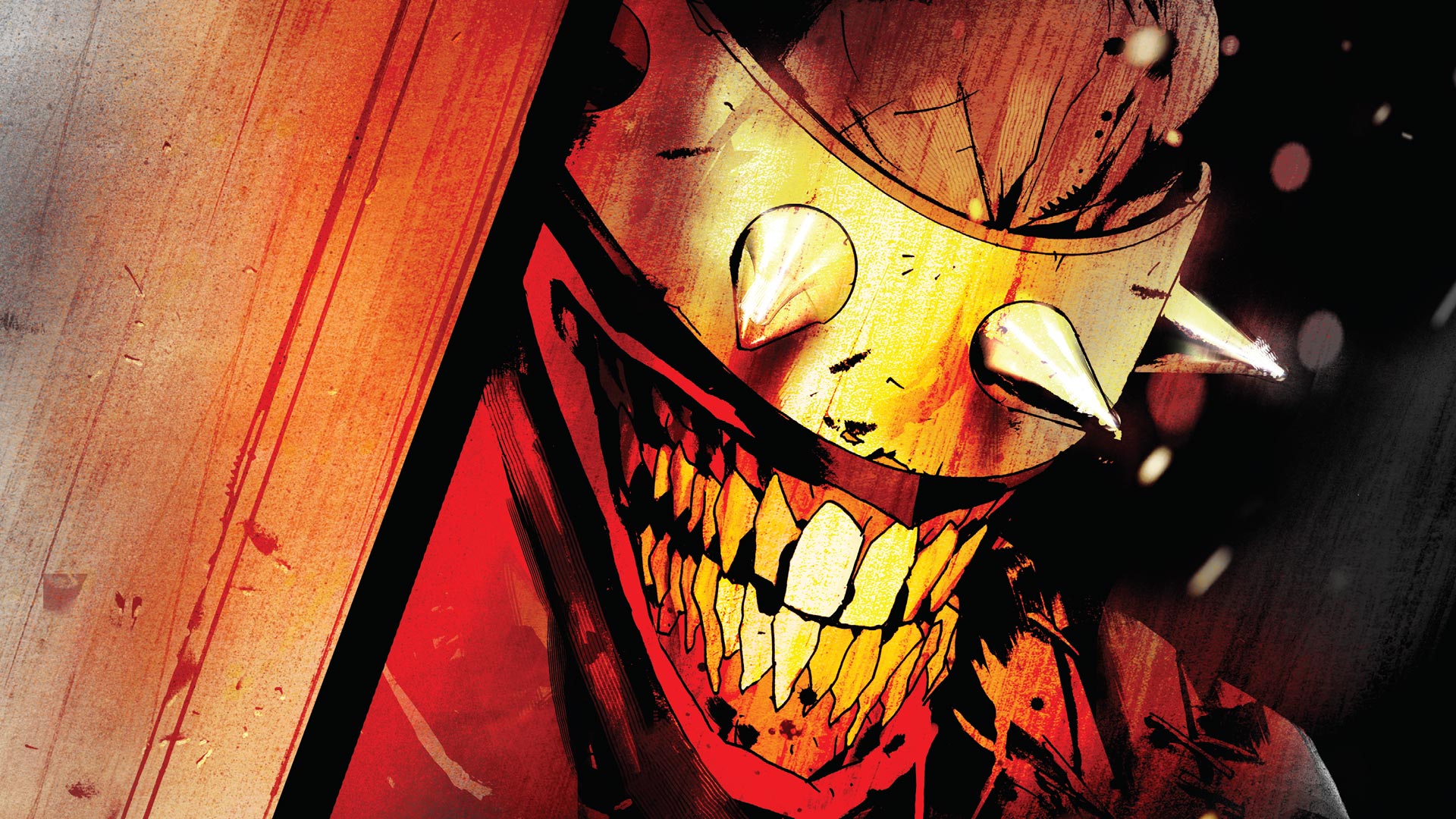 5 Reasons to Read THE BATMAN WHO LAUGHS

For years fans have theorized that Batman and the Joker are two sides of the same coin, but what would happen if those sides combined? The Batman Who Laughs is a limited series that pushes the Dark Knight to the limit, and brings a new level of horror to Gotham City. Spinning out of the pages of Dark Knights: Metal, the Batman Who Laughs returns to Bruce Wayne’s life and begins a game of psychological warfare that brings the Dark Knight to his knees. We’ve recently added the first issue to our comics library, and the rest will be added each month. If you’re on the fence about reading this extraordinary story, here are 5 reasons that will have you rushing to start the first issue.

THE INTELLIGENCE OF BATMAN, THE INSANITY OF JOKER 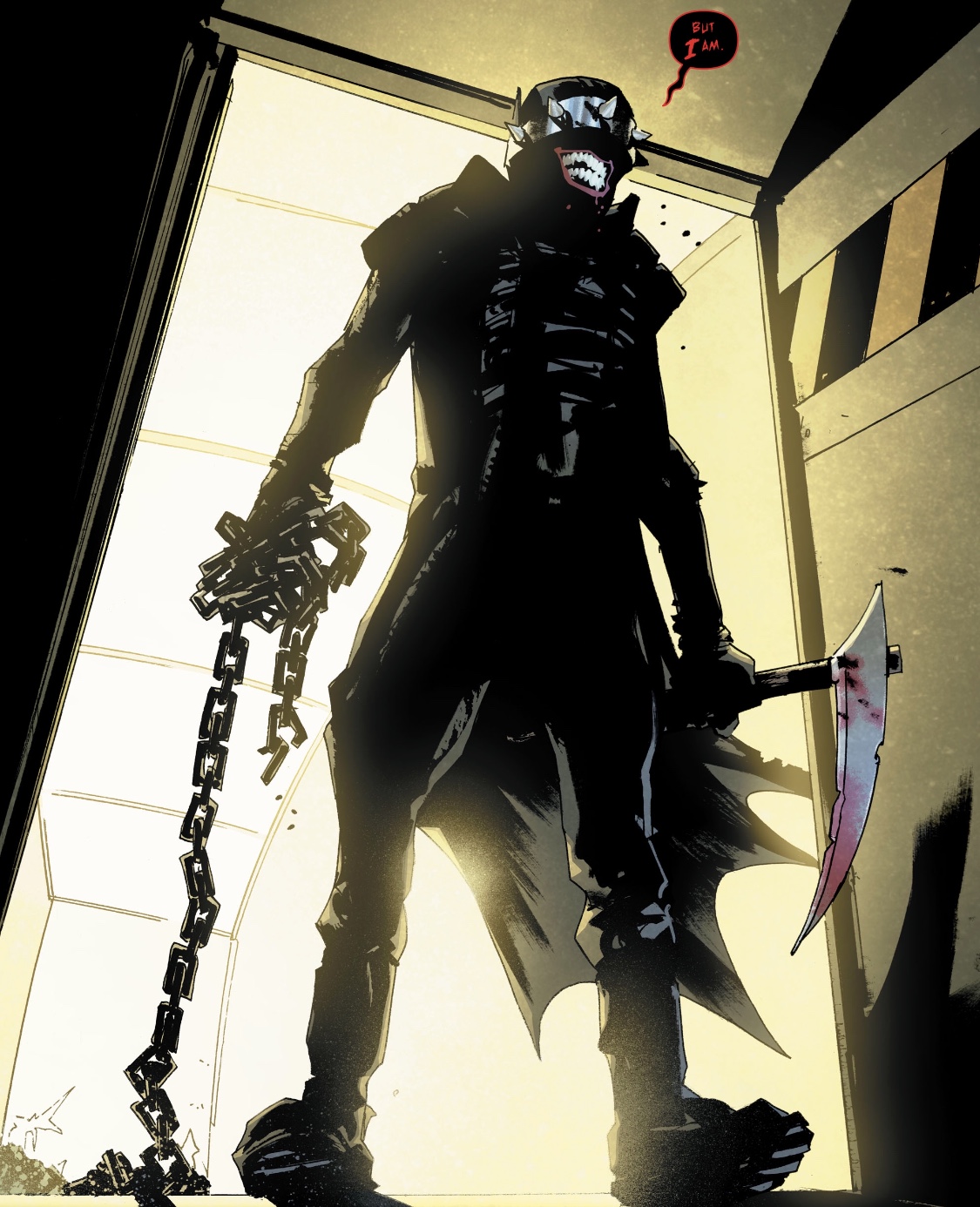 The Batman Who Laughs is one of the most twisted villains the Caped Crusader has ever faced, and that’s saying a lot. The Clown King of Horror is a version of Bruce Wayne from an alternate universe where things went horribly wrong. One day the Joker had gone too far, and that version of Batman killed the Clown Prince in a fit of rage. The Joker always has a contingency plan, and a failsafe in his body was designed to release a toxin in the event of his death, causing his killer to become the next Joker. Batman was transformed into the Batman Who Laughs, and he was no longer interested in justice. He has the brains of Bruce Wayne, but the bloodlust of Joker, and we can’t think of a scarier combination. If you want to learn more about the Clown King of Horror’s backstory, we’d recommend checking out Dark Knights: The Batman Who Laughs #1, which serves as a great primer for this limited series. 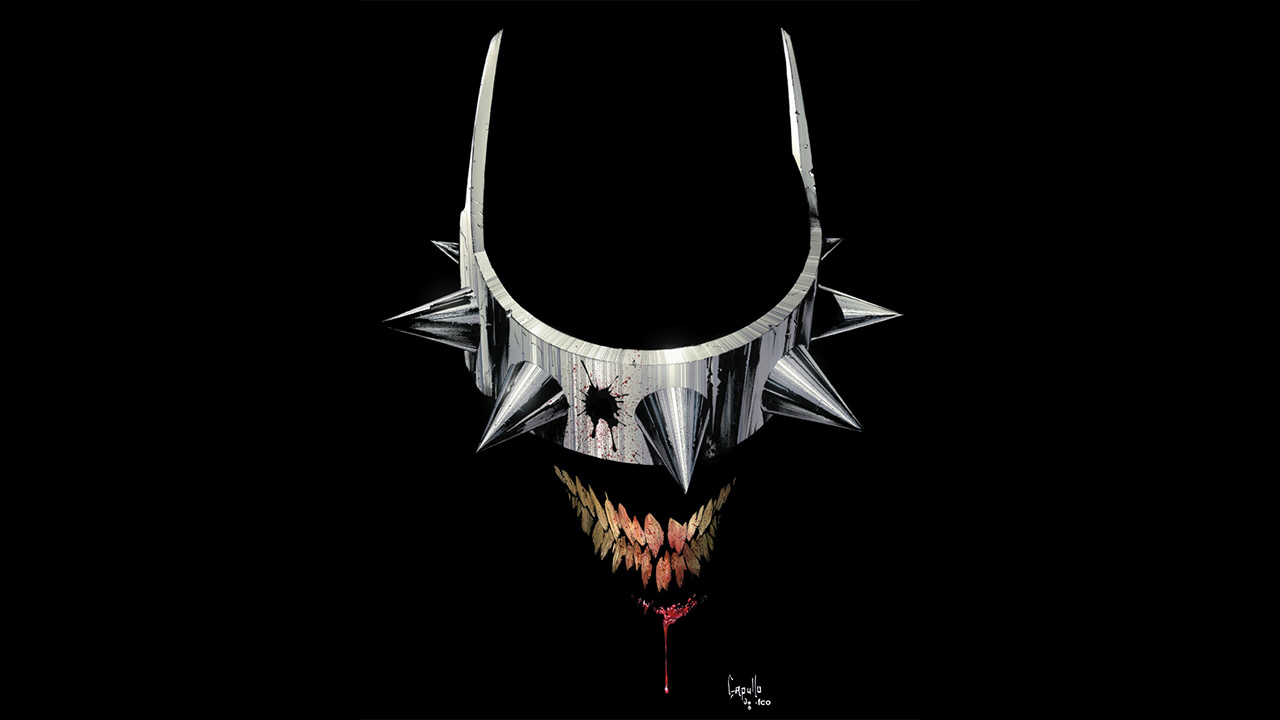 The Batman Who Laughs reunites the creative team of Scott Snyder and Jock. The talented duo received rave reviews for their first Batman story “Black Mirror.” The story reintroduced Commissioner Gordon’s son (James Gordon Jr) and reimagined him as a psychopath on par with the Joker. Scott Snyder crafted a psychological thriller that put readers on the edge of their seats, while Jock’s nightmarish illustrations brought new levels of horror to fan’s imaginations. Reuniting for The Batman Who Laughs gives the limited series the extra flavor guaranteed to make it an unforgettable experience. 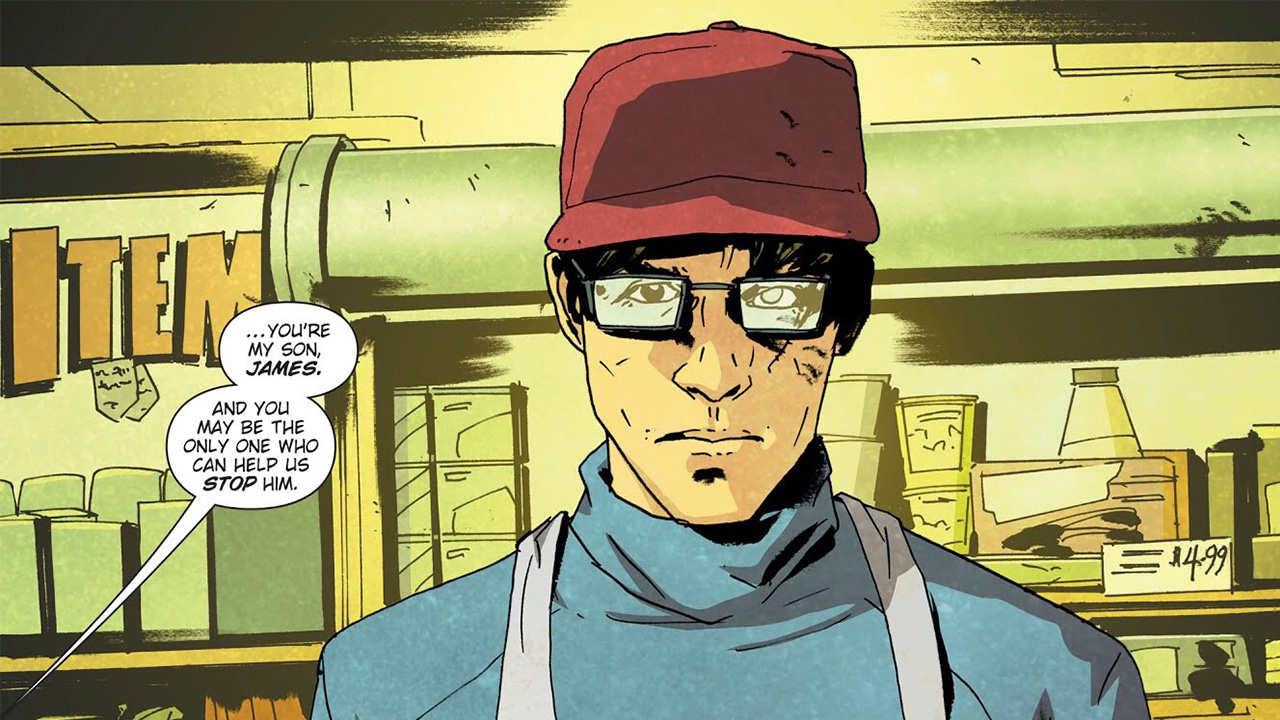 The Batman Who Laughs isn’t the only psychopath on the chessboard. The story features the return of James Gordon Jr, the villain who Scott Snyder and Jock previously made famous. James Jr has been responsible for his own share of mayhem, but he claims to have himself under control thanks to a new therapeutic drug. They say it takes a lunatic to stop a lunatic, so Gordon reluctantly recruits his son to halt the Batman Who Laughs reign of murder. Can James Jr be trusted? Is his medication really working, or is he biding his time? 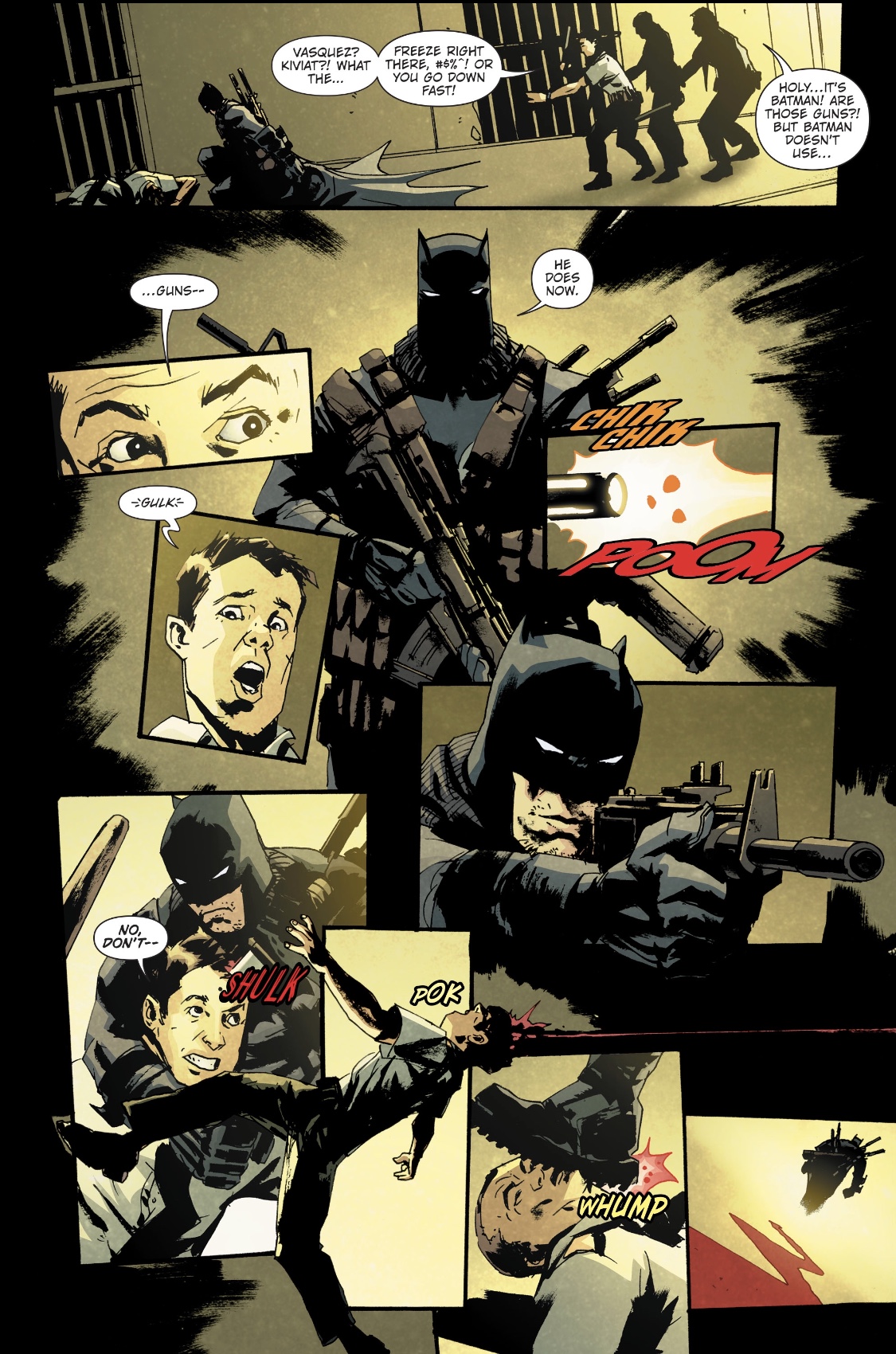 If you’re a fan of alternate reality counterparts, then this story is for you. Remember when a certain arachnid had a marvelous animated movie where he teamed up with doppelgangers across the ‘verse? The Batman Who Laughs is like that, but with more deadly weapons, higher stakes, and a bigger body count. Just because the Batman Who Laughs is evil doesn’t mean he’s against team-ups. He recruits the Grim Knight for his twisted revenge quest, which takes things up a notch. The Grim Knight is a version of Batman who isn’t afraid of using guns. In fact, he revels in his armory. The Batman Who Laughs also taunts our version of the Caped Crusader by leaving corpses of Bruce Waynes from other realities for him to find. Imagine what it would be like to perform an autopsy on yourself. You won’t find a moment like that in the previously mentioned movie. We told you this story took horror to new levels, and we weren’t joking. 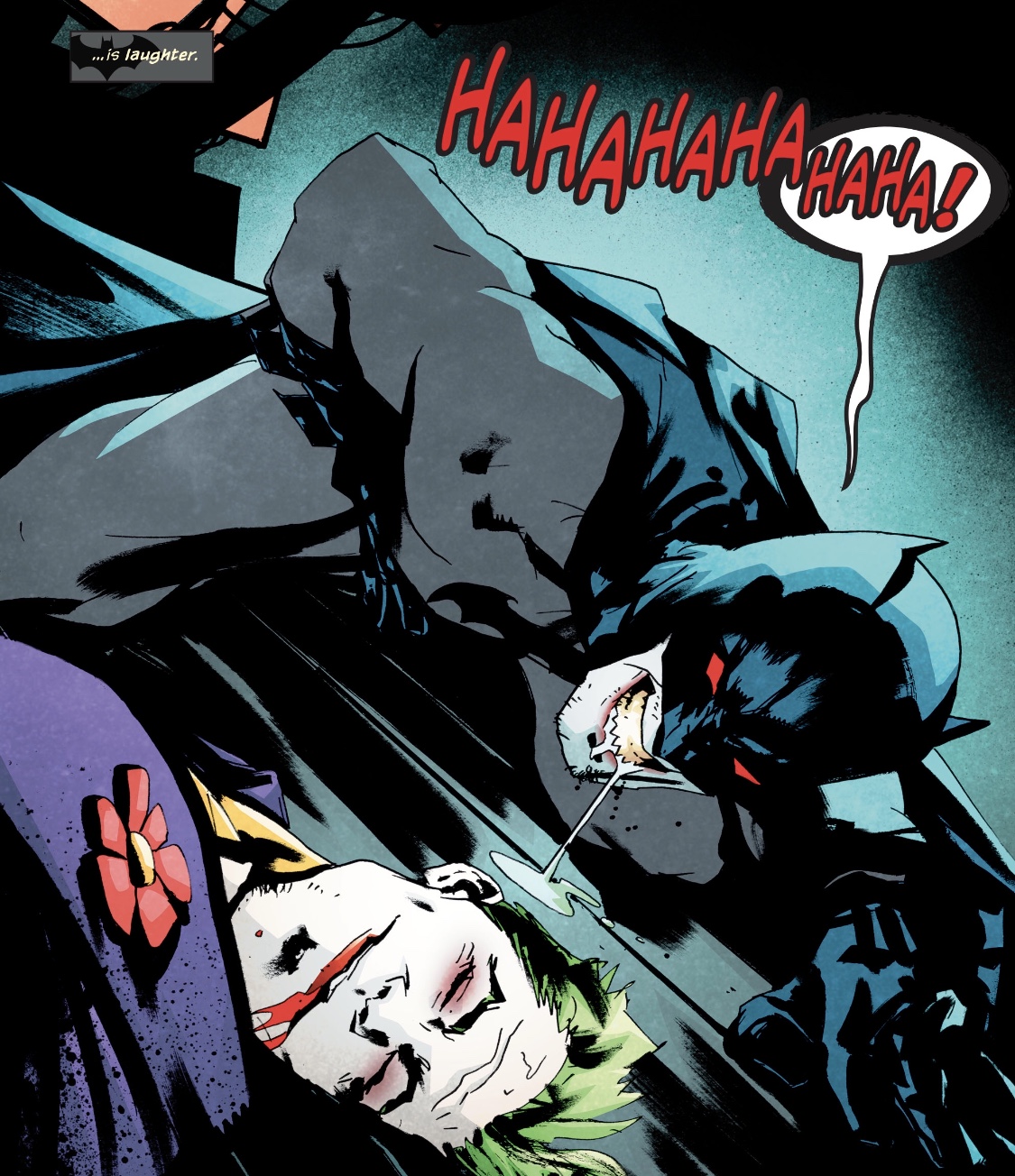 We don’t like to give away heavy spoilers, but once you hear about the jaw dropping cliffhanger for the first issue, we know you’ll be onboard for this limited series until the last page is published. The Grim Knight and the Batman Who Laughs are trying to kill the Joker, and Batman offers him sanctuary in the Batcave. Remember when we talked about the Joker’s biological failsafe? The Joker turns a gun on himself, and dies in Batman’s arms. As the Dark Knight cradles his longtime enemy, the toxins are released and Batman begins to transform. How’s that for a cliffhanger? The Joker is dead, and now Bruce Wayne is in danger of transforming into a murderous psychopath. And this is just the first issue!

Will you be reading THE BATMAN WHO LAUGHS? Let us know in our Community!