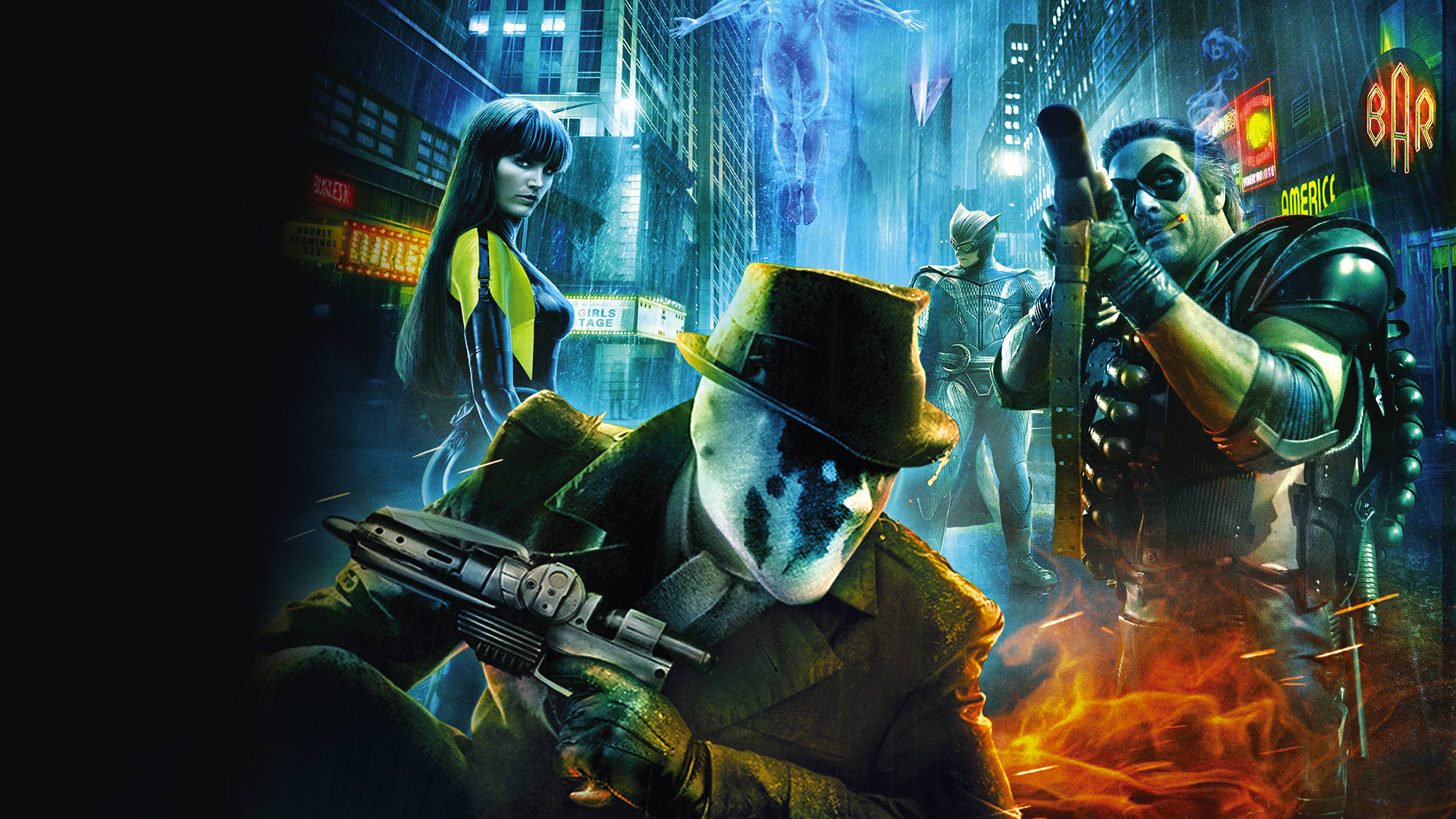 Who watches the Watchmen? Well, their live-action HBO series premieres on October 20th, so it seems like we’re the ones who will be watching the Watchmen. It’s been an award winning graphic novel, a motion comic, a major motion picture and now Alan Moore and Dave Gibbons classic characters will be coming to television for a new series of adventures. The show takes place after the events of the original story, albeit with it’s own unique continuity touches, and this boggles our imagination. For years we’ve been speculating on plot threads and cliffhangers from the original Watchmen story, and now this television series could be a great place to see some of these scenarios play out. Here are 5 story threads we hope HBO’s Watchmen picks up…

Life in the Stars 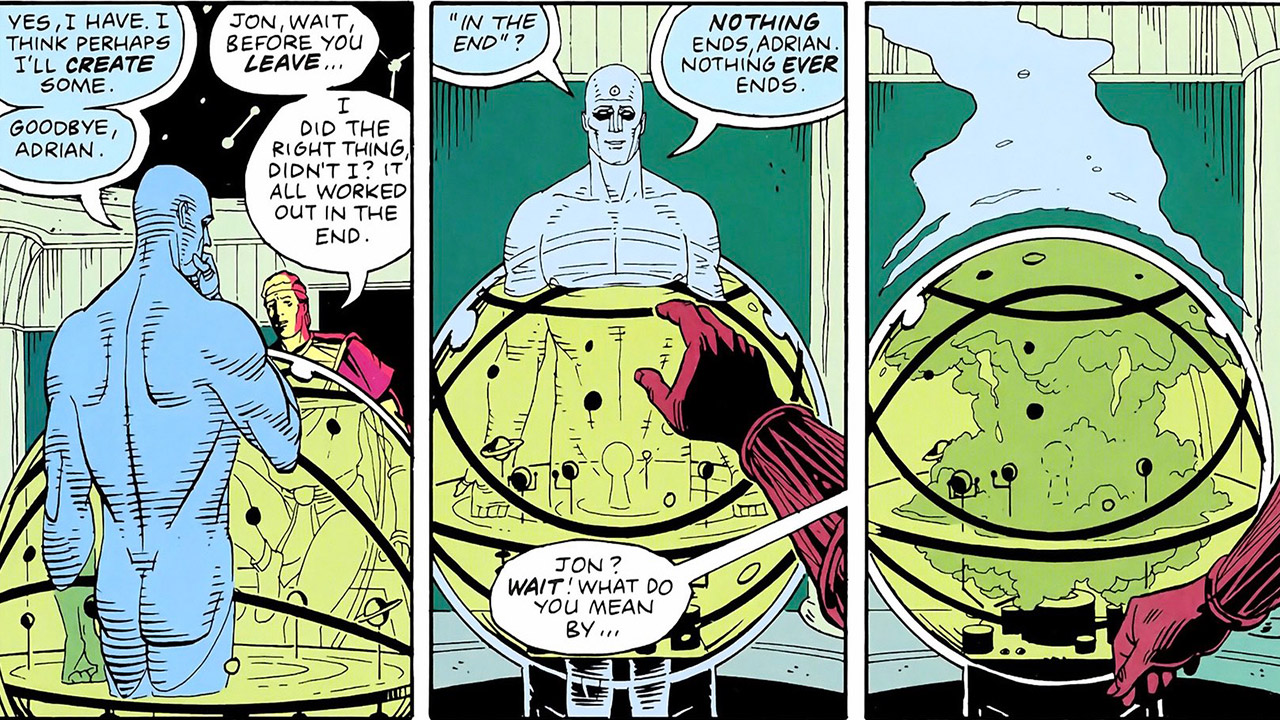 The original Watchmen comic ends with Doctor Manhattan leaving humanity behind for life in the stars. Can you imagine how cool it would be to see an episode focusing on Doctor Manhattan’s intergalactic journey? Although he hasn’t been cast yet, Doctor Manhattan is confirmed to show up on the series, so the idea isn’t too far-fetched. When he left Earth, Jon was already feeling very detached from humanity. Has decades of absence made the heart grow fonder, or will he return even more inhuman than before. Plus, he has the powers of a god which comes with it’s own set of complications. Either way, things are going to be interesting when the series decides to bring Doctor Manhattan out. 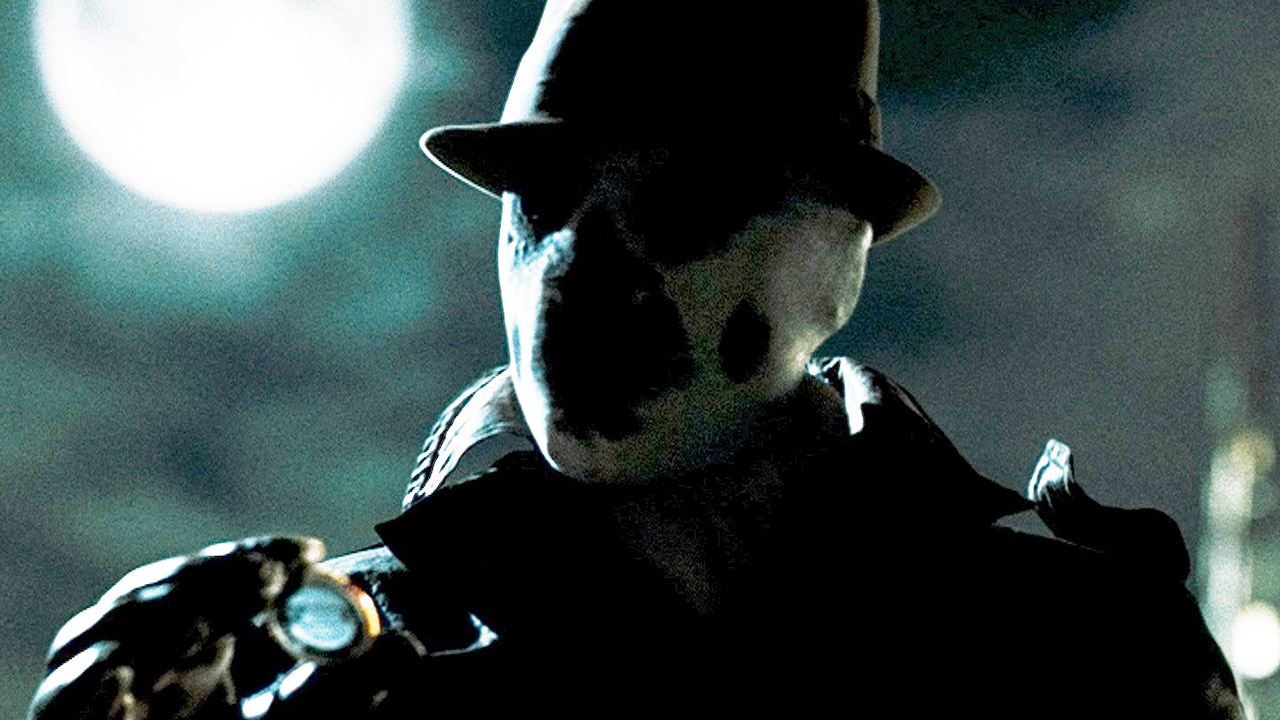 Since this will serve as a sequel/remix of sorts to the original Watchmen comic, we have so many questions about Rorschach’s journal. Did it get published in this reality? If it did, what kind of impact did it have? The teasers appear to show a group of people in their own Rorschach masks, making it appear that the late vigilante has a following. Was this a result of the journal, or is someone pulling the strings. Don’t forget, this series may follow their own rules in terms of storytelling so it’s possible the original Rorschach can still be alive. Whether he survived or not, it appears he’s started a revolution and we’ll finally be getting some answers to the journal cliffhanger after all these years. 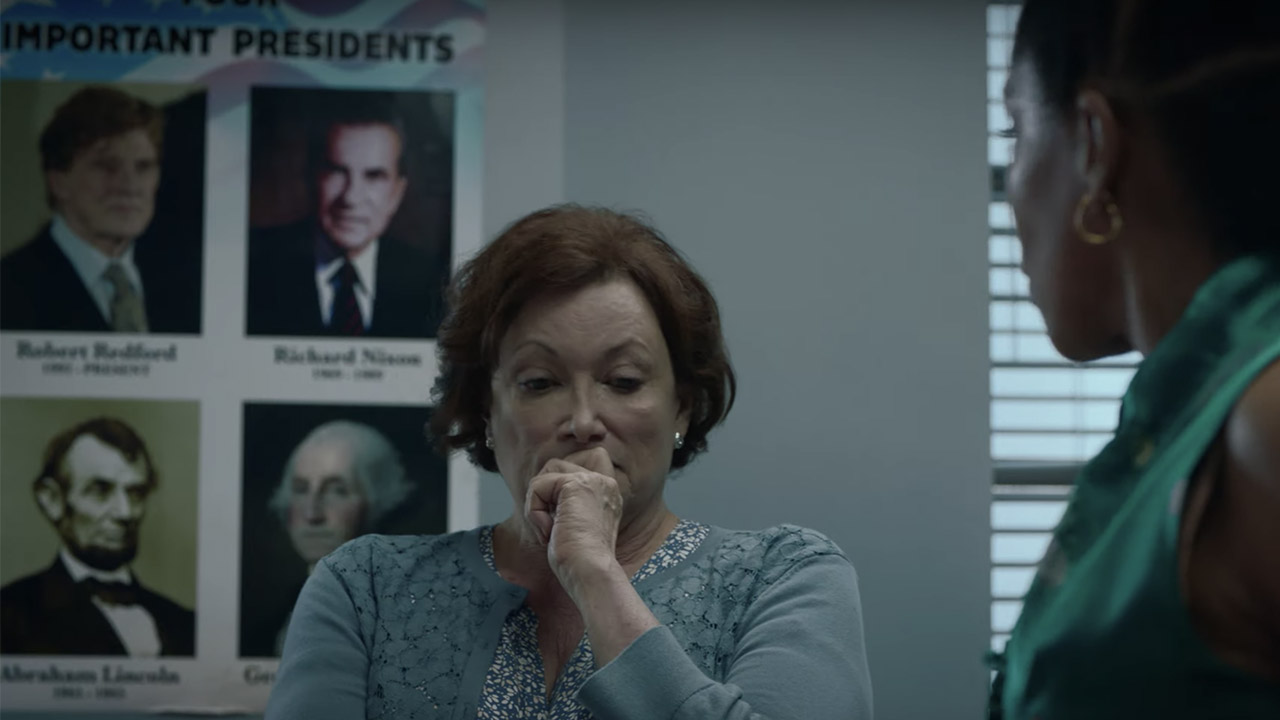 HBO’s Watchmen promises to explore an alternate version of Earth’s history, just like the original comic series did. In fact, Robert Redford will be playing himself on the show, and the actor will be President of the United States. Apparently Redford was elected in 1992, and has stayed in office since. This raises so many questions about the path that history took. Did the United States still get involved in the same wars? What laws are different? How was New York City rebuilt? There is so much alternate world history to explore, and we hope the show takes advantage of every opportunity. 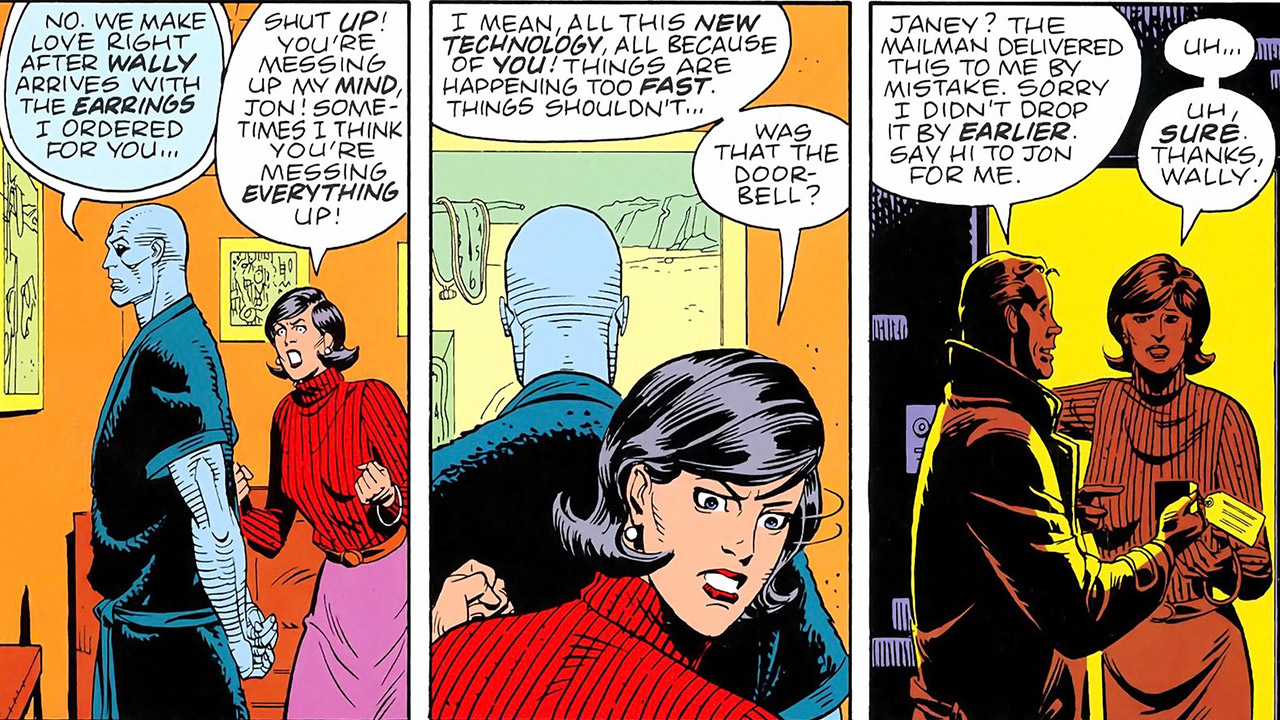 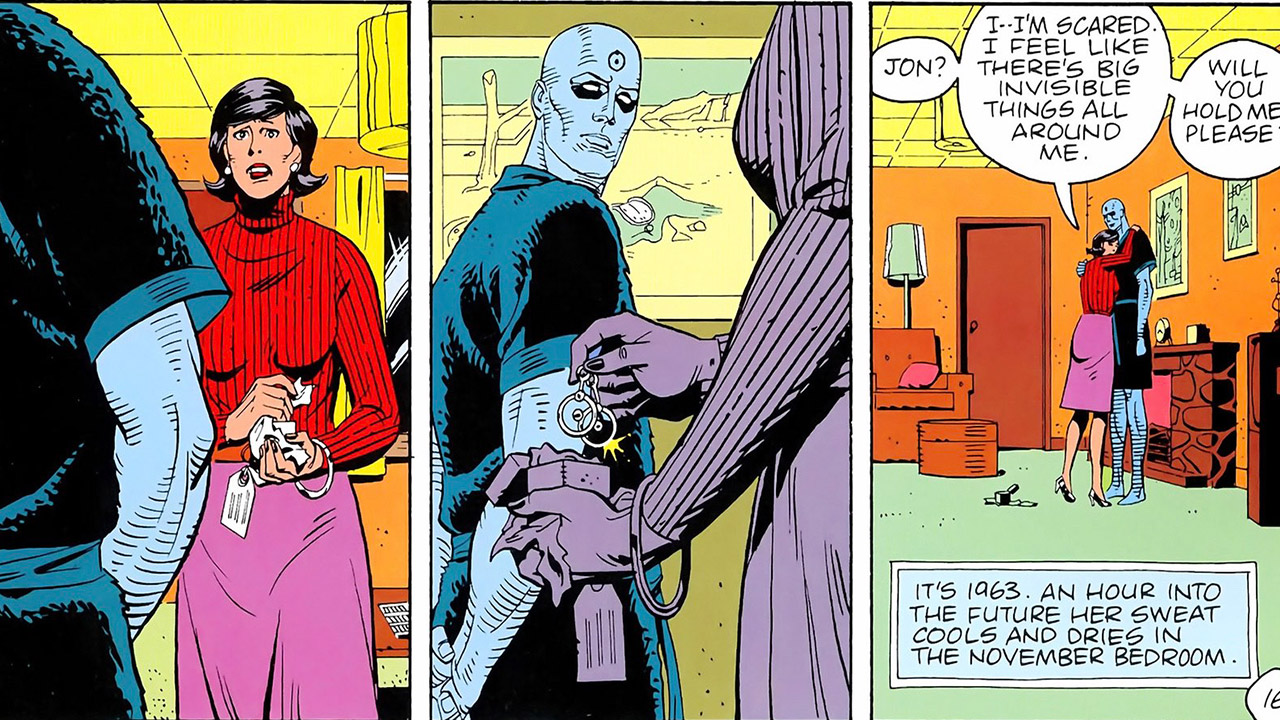 We’ve always been a bit curious about Janey Slater, Dr, Manhattan’s original girlfriend. Although she’s featured heavily in flashbacks during the original story, her current fate was left very vague. It was implied that Adrian Veidt infected her body with cancer as a way of making it appear Doctor Manhattan was slowly poisoning his closest associates. But did Janey survive her battle with cancer, and if so, did she ever learn the truth? If Janey resurfaces, she might have the knowledge to bring down Veidt, and her connection to Doctor Manhattan makes her an interesting player to have on the chessboard. 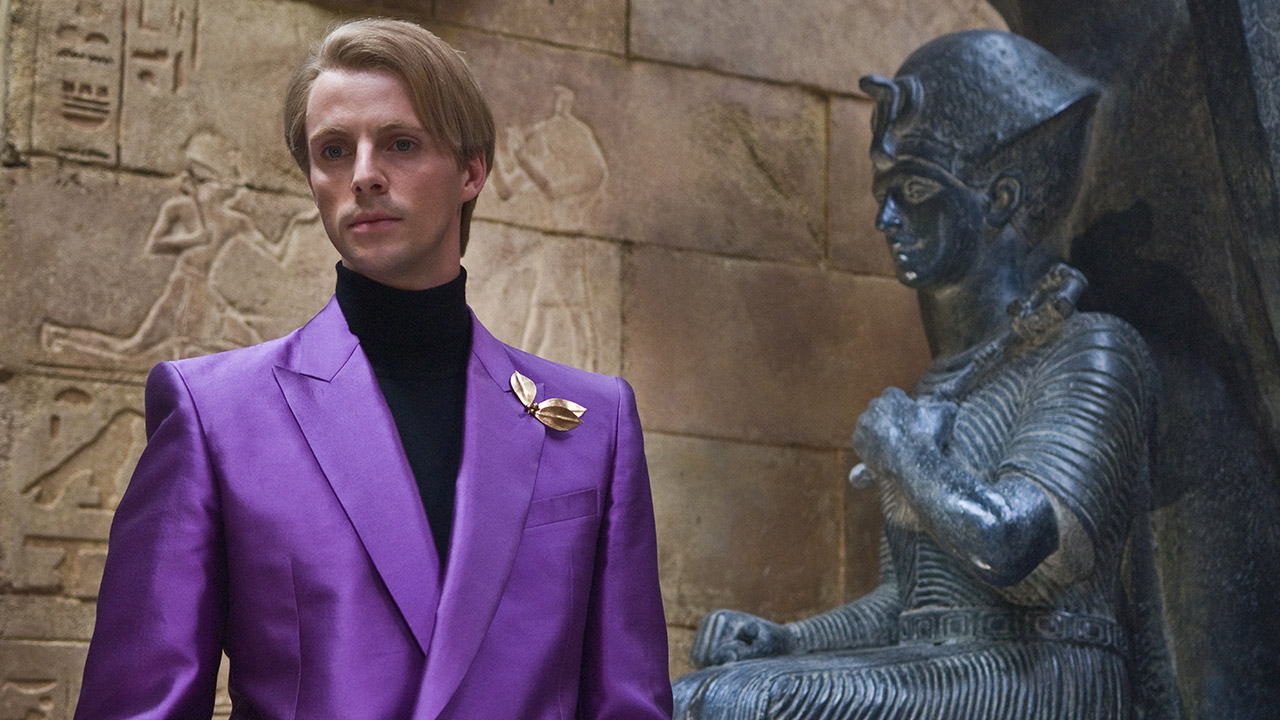 We’ve always wondered what became of Adrian Veidt after the events of the original story. He brought the world together, but at what cost? He left many bodies in his wake, and he could never let the world know the truth behind his actions or risk destroying the fragile peace. Where does Ozymandias go from here? Is the guilt eating him up inside, and what lengths will he go to keep his deadly secret. Don’t forget, he’s not above killing his friends. Jeremy Irons will be playing Adrian on the show, and he’s an award winning actor known for his great range. With all that mind, it sounds like we’re going to be seeing Adrian’s post-war pathos like never before and we can’t wait.