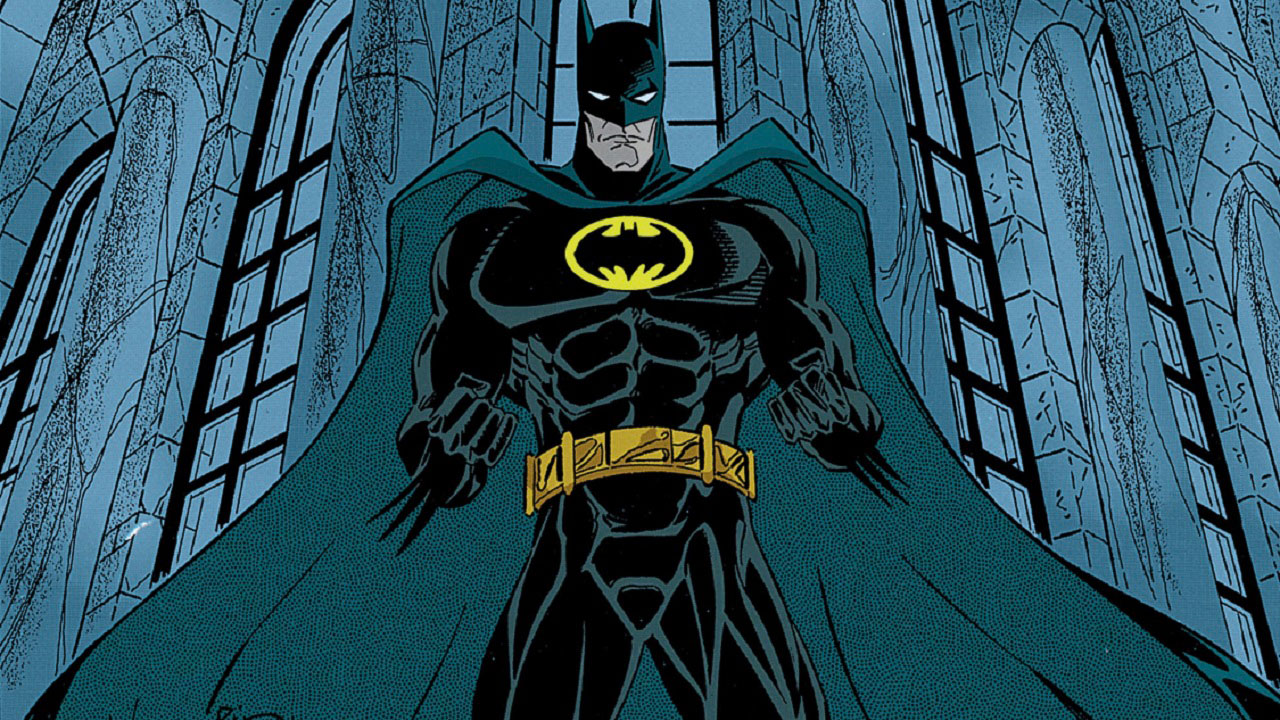 The 5 Most Useless Items in Batman’s Utility Belt 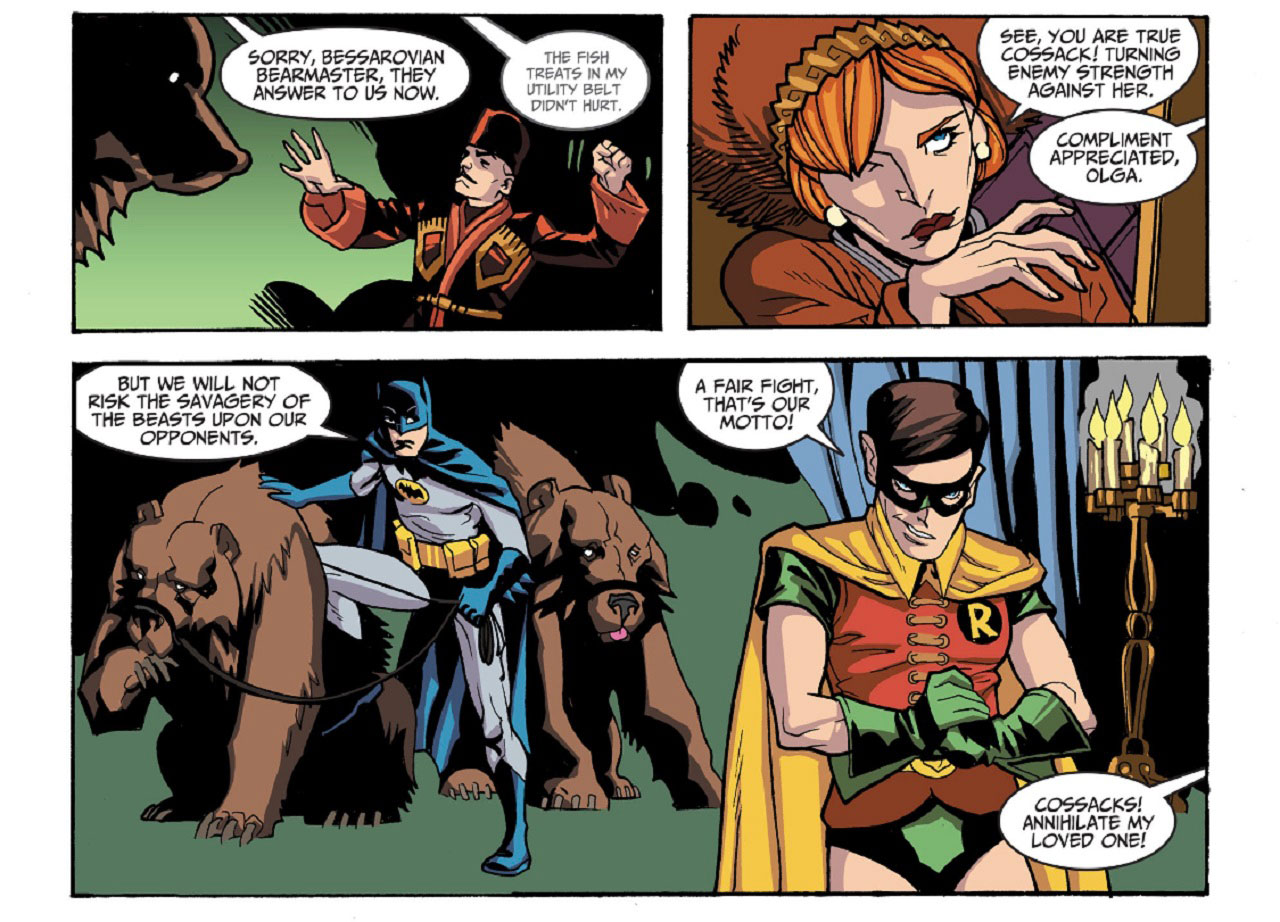 If you’ve ever wondered why a famous Christmas song parody says “Batman smells,” we now have an answer – his utility belt is filled with dead fish. This odd accessory came in handy in Batman ’66 #18 when Batman needed to feed some bears. But we can’t imagine any other time this would prove useful. Does Alfred swap the fish out with new ones after they decompose? Are they bought in bulk? Does Batman have to hide this from Aquaman? The more you think about this one, the weirder it gets. 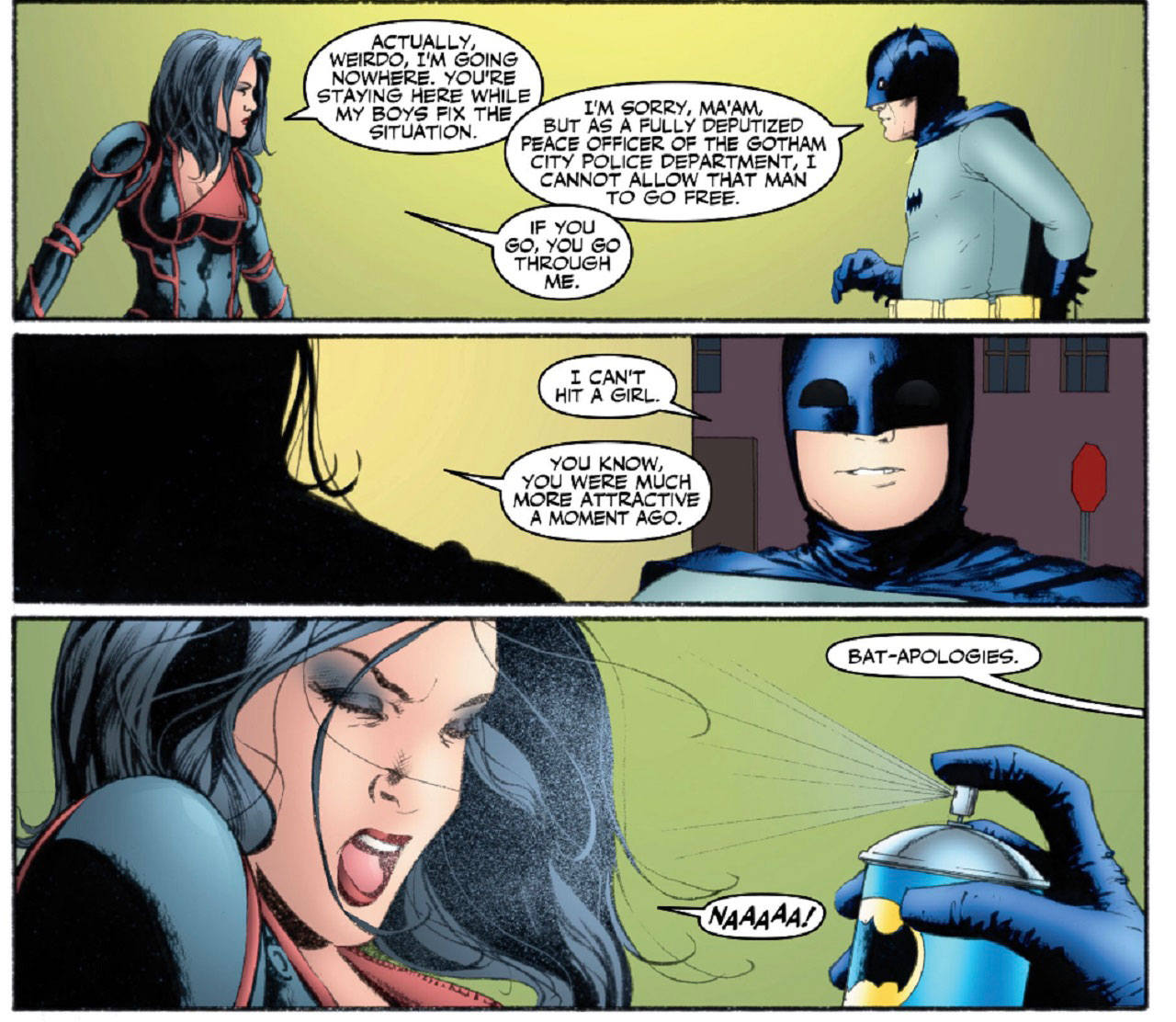 Yes, this was really in a published DC Comic, and we have so many questions. Bat-Female-Villain-Repellent was first seen in Planetary/Batman #1 where a multiverse counterpart of the Caped Crusader (inspired by Adam West) used it against the villain Jakita. “Bat-apologies,” said the Caped Crusader, as he unloaded the can in the femme fatale’s face. How does the repellent know if the target is male or female? Does it target chromosomes? Would it work against a powerhouse like Granny Goodness? Either way, judging by the amount of female villains who’ve given the Dark Knight a run for his money, this item isn’t very effective.

One of the most useless items in Batman’s utility belt was first seen in Detective Comics #362, when the Riddler rigged a bomb to explode if it detected body heat. Batman solved this problem by pulling a convenient Bat-Freeze Pill out of his utility belt. What does the pill do? It lowers your body temperature when you swallow it, so it’s basically a Slurpee in pill form. The Dark Knight reasoned that if he stopped giving off body heat, he could disarm the bomb. Let’s forget how unhealthy this is for a moment and address the fact that the pill shouldn’t be able to stop you from giving off body heat. No, the science makes no sense whatsoever.

If you thought old school cell phones were clunky, wait until you see what Batman and Robin used in 1940’s Detective Comics #41. While Robin was working undercover, he checked in with Batman using a device on his belt. Robin’s communicator was a complicated set of wires, while Batman had an oversized microphone awkwardly attached to his waist. Sure, there were no iPhones back then, but there were still better options. At least place the microphone closer to Batman’s mouth. Bruce Wayne doesn’t speak through his belly button. 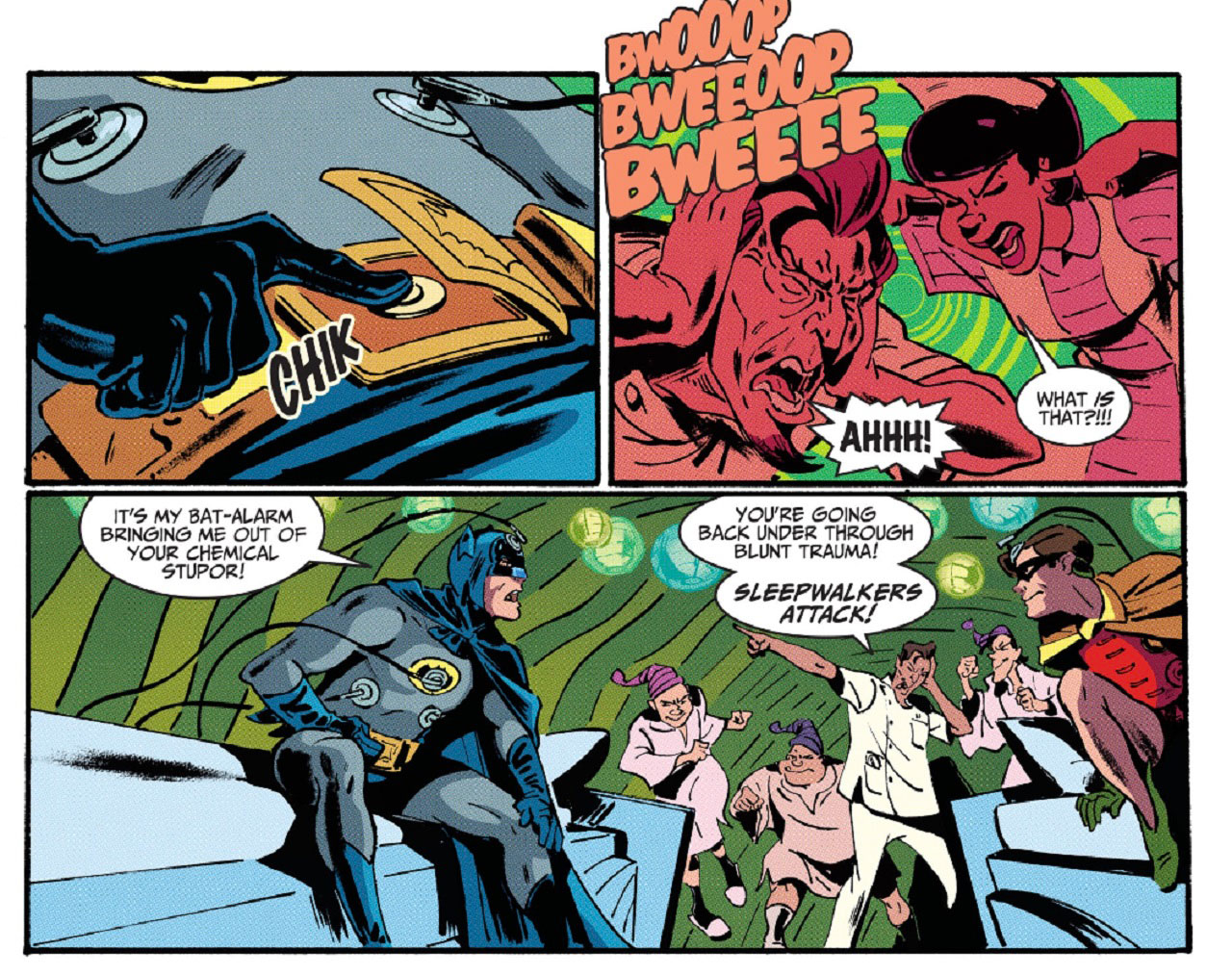 In Batman ‘66 #14 we learned the Caped Crusader keeps an alarm in his utility belt. It helped him get out of a hypnotic trance, but it’s very existence seems redundant. Is Batman really worried about falling asleep on a stakeout? An alarm’s a good way to alert other people if you’re in trouble, but you’re already Batman -- who else are you going to call when you get in trouble…Ambush Bug?

We’re at a loss with this. According to Batman #149, the Dynamic Duo “always carr[ied] crayons in [their] utility belts.” Seriously Batman? Is that effective against Darkseid or Ra’s al Ghul? This is why billionaires have bad reputations.

PS: Before any of you yell at us about the 1966 Batman movie’s shark repellent, that was kept in a special compartment in the Bat-Copter, not his belt!

What items would you want in your utility belt? Let us know in our Community!