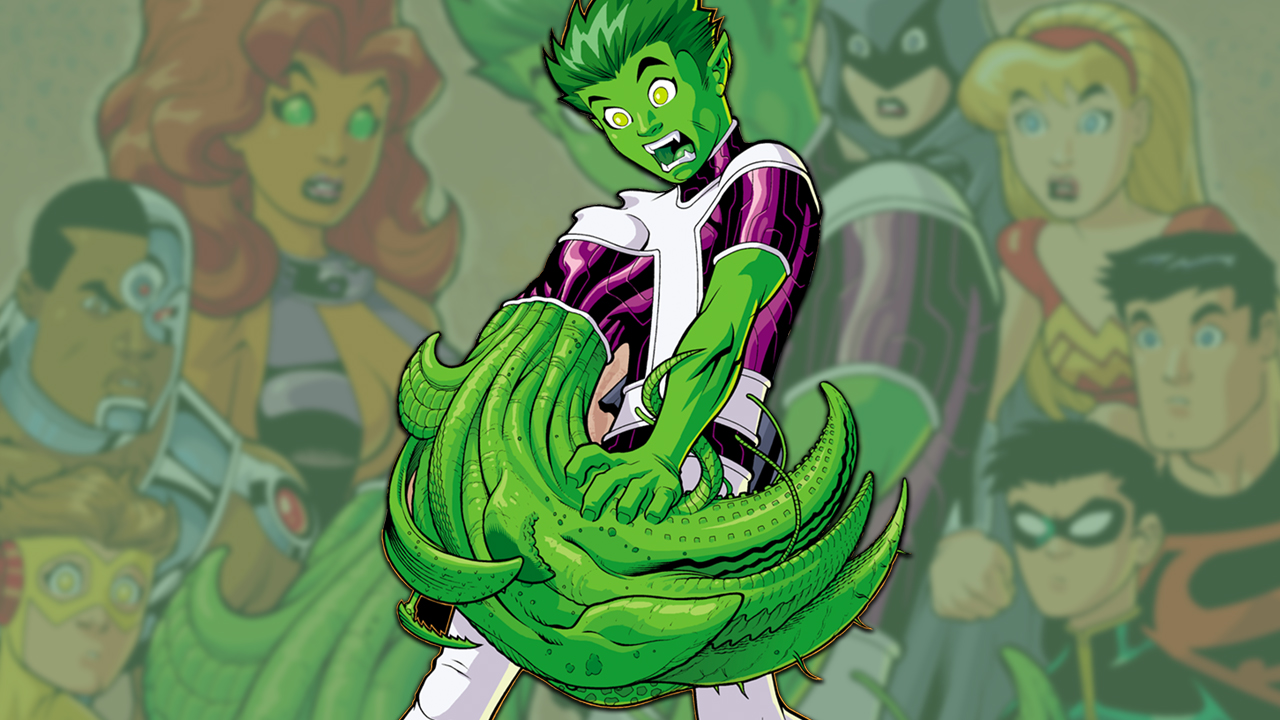 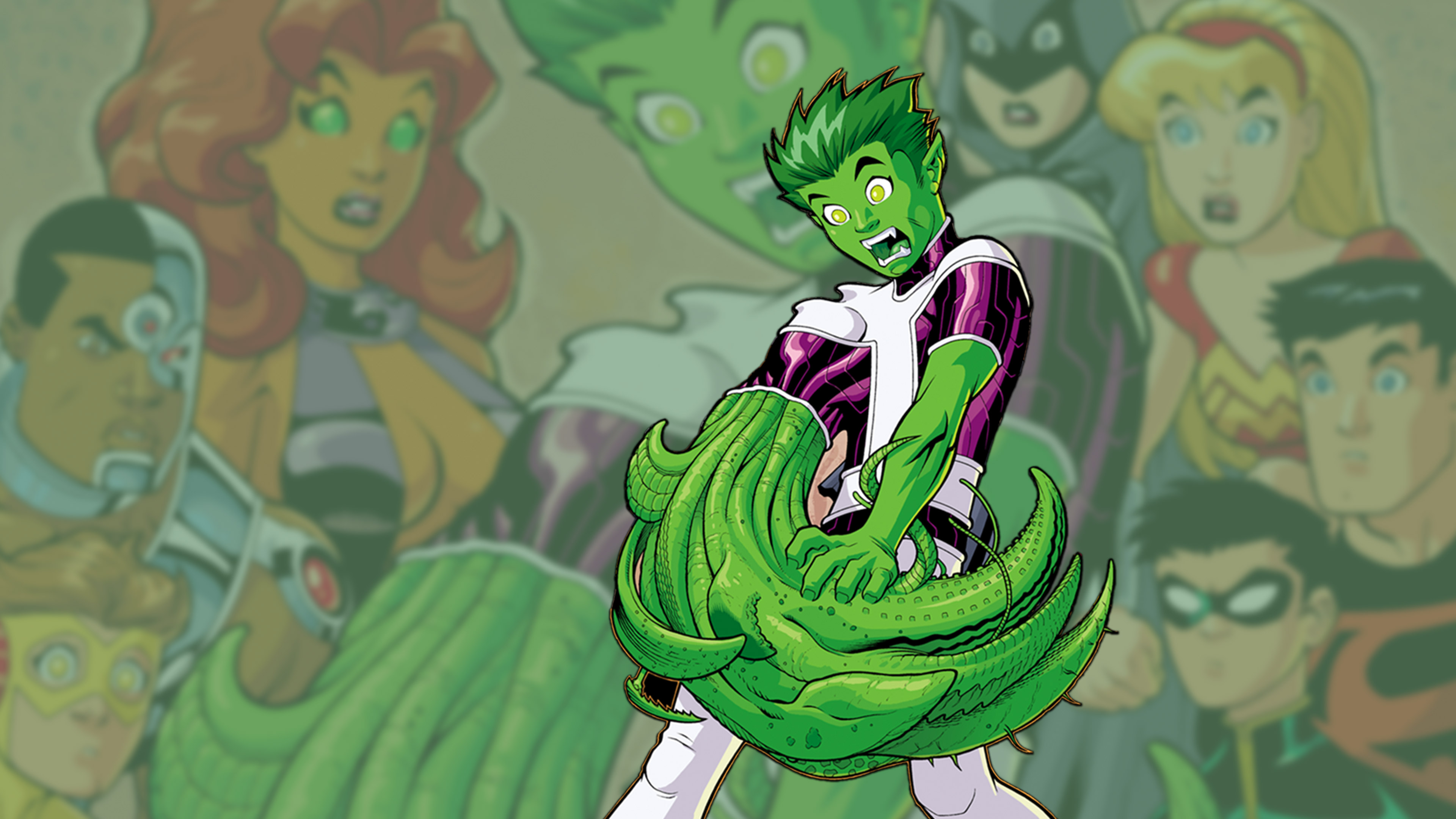 The 5 Most Outrageous Beast Boy Transformations

Some people say teenagers are like wild animals, but Garfield Logan takes things to a new level! The hero known as Beast Boy is famous for more than his green complexion. Gar has the power to transform into any animal he chooses – and we mean ANY animal. Beast Boy (as played by Ryan Potter) will be returning to live-action this Friday when DC Universe’s ‘Titans’ premieres its second season, and fandom is already wondering what transformation he’ll attempt next. Ever since he first appeared in 1965’s ‘Doom Patrol’ #99, Beast Boy has undergone many wild transformations. Here are five of his most outrageous...

Creature from the Deep 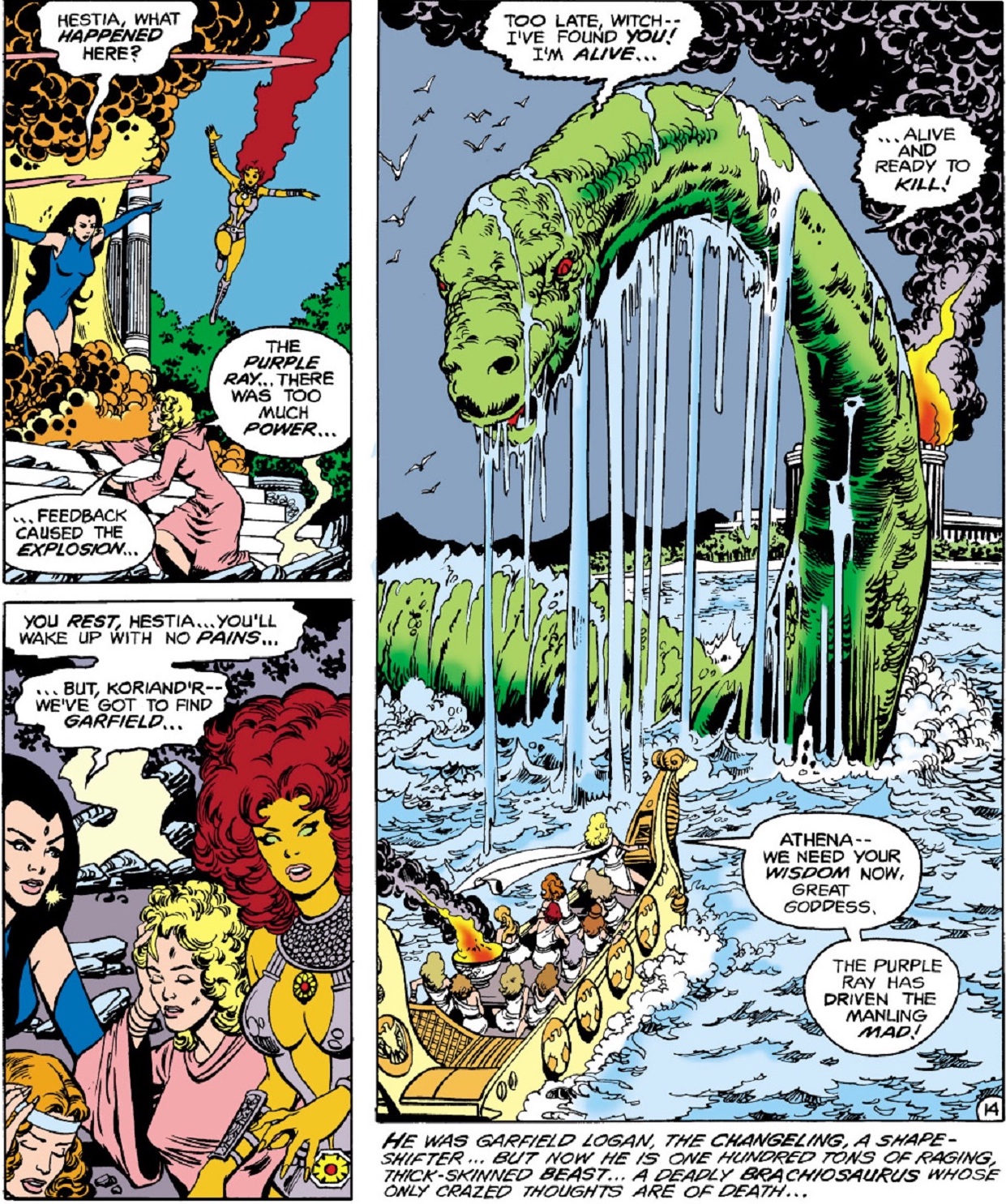 Gar’s transformations aren’t limited to members of Earth's animal kingdom. Beast Boy has the ability to change into any living creature he can imagine, and the mind of a teenage boy can be a dangerous thing – especially after it snaps! In 1981’s ‘New Teen Titans’ #13 (story and art by Marv Wolfman and George Perez) Gar was mortally wounded by Deathstroke, and was revived by the Amazons' Purple Healing Ray. Unfortunately, the procedure had some side effects, and drove Gar insane. He transformed into a sea monster, who stalked the oceans surrounding Paradise Island and threatened to kill anyone who came his way. Here, Beast Boy looked more like a creature from ‘Jason and the Argonauts’ than anything you’d find in the zoo, and his frequent threats of murder were unsettling. Luckily, Raven was able to restore his sanity and he returned to his usual repertoire of friendly fuzzy animals. 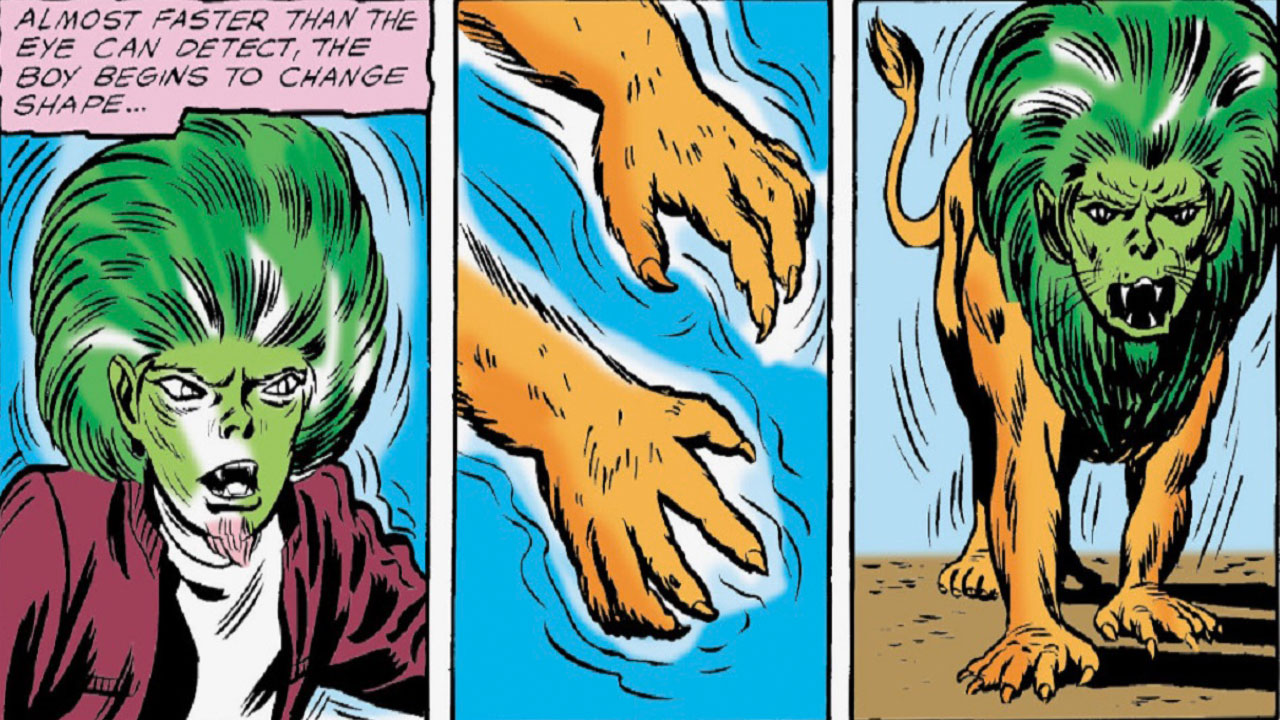 While Beast Boy’s green animal transformations might appear strange, they’re nothing compared to an unsettling sight from his early days. When he first debuted in ‘Doom Patrol’ #99 (written by Arnold Drake and penciled by Bob Brown), the animals Gar transformed into were the correct color, with the exception of their green faces. This made for a weird visual mismatch, especially since some of the animals still had green human faces on them. Imagine the body of a large gorilla, but with the green, human head of a smiling teenager. Beast Boy’s transformations were also slower, which resulted in some weird imagery where his body was normal, while his head looked like an animal. The Doom Patrol was always known for being strange, but this took things to the next level. 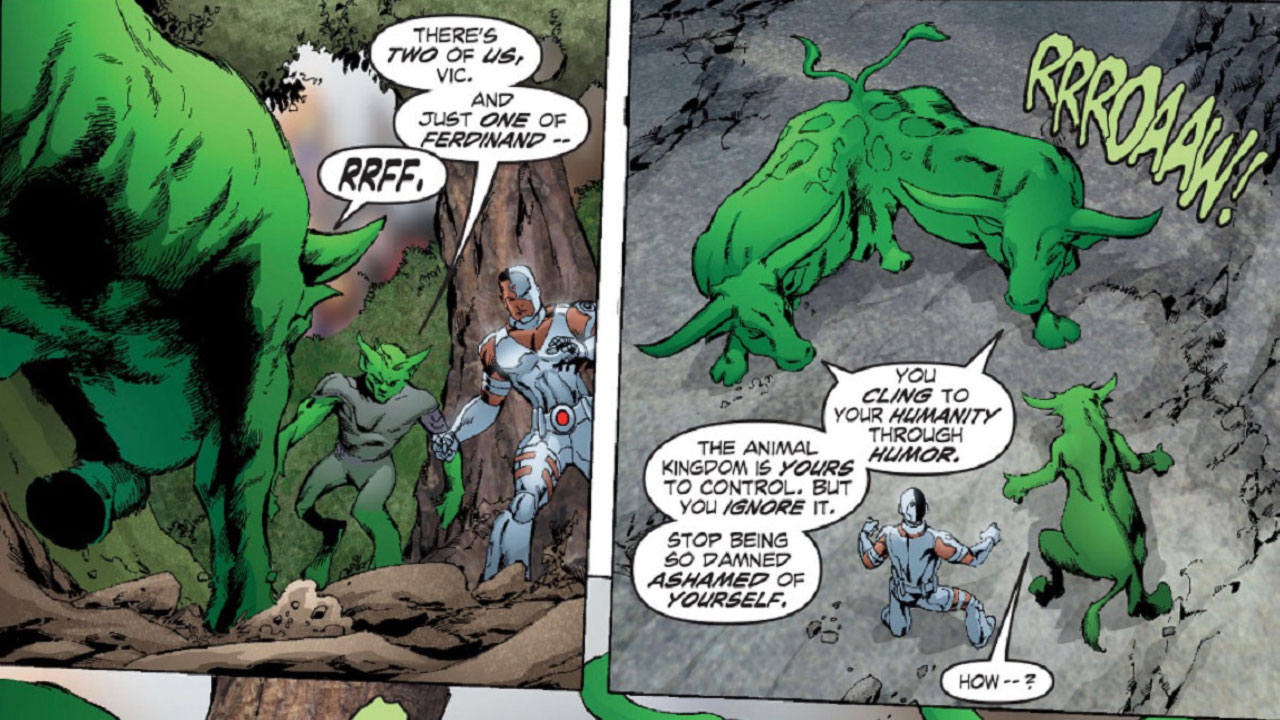 If you think one Beast Boy is a force to be reckoned with, imagine what it’s like when he multiplies. In 2004’s ‘Teen Titans’ #17 (written by Geoff Johns and penciled by Michael McKone) the Titans traveled into a possible future where Gar Logan had grown up to become Animal Man. The elder Gar educated his younger counterpart about a few abilities he wasn’t aware he had, including creating temporary clones! In the past Beast Boy had been able to transform into multiple fireflies or barnacles, but seeing Animal Man split into multiple entities was a sight to behold. 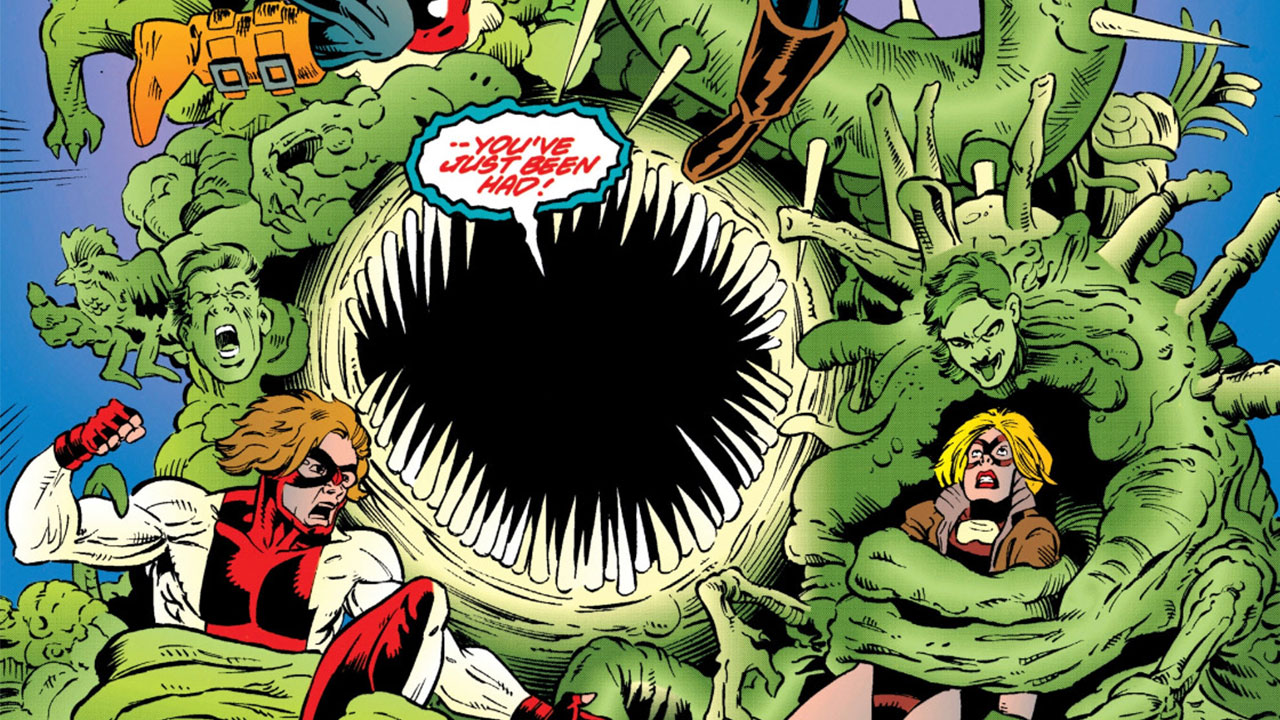 Suffering Sappho -- what is that monstrosity?! After getting his brain scrambled by the Mento helmet, Beast Boy's transformations grew more nightmarish. An evil version of Raven pushed him further into the darkness by infecting him with a seed from Trigon, causing Gar to stop turning into animals and instead turn into demonic aberrations. While under Raven’s spell, Beast Boy attacked his teammates in ‘New Titans’ #115 (written by Marv Wolfman and penciled by Stephen Jones) and, understandably, FREAKED them out. Just check out the picture above. The longer you look at it, the more warped it becomes. Many of us went through phases in the 1990s, but they didn’t involve transforming into blob monsters with multiple screaming faces. 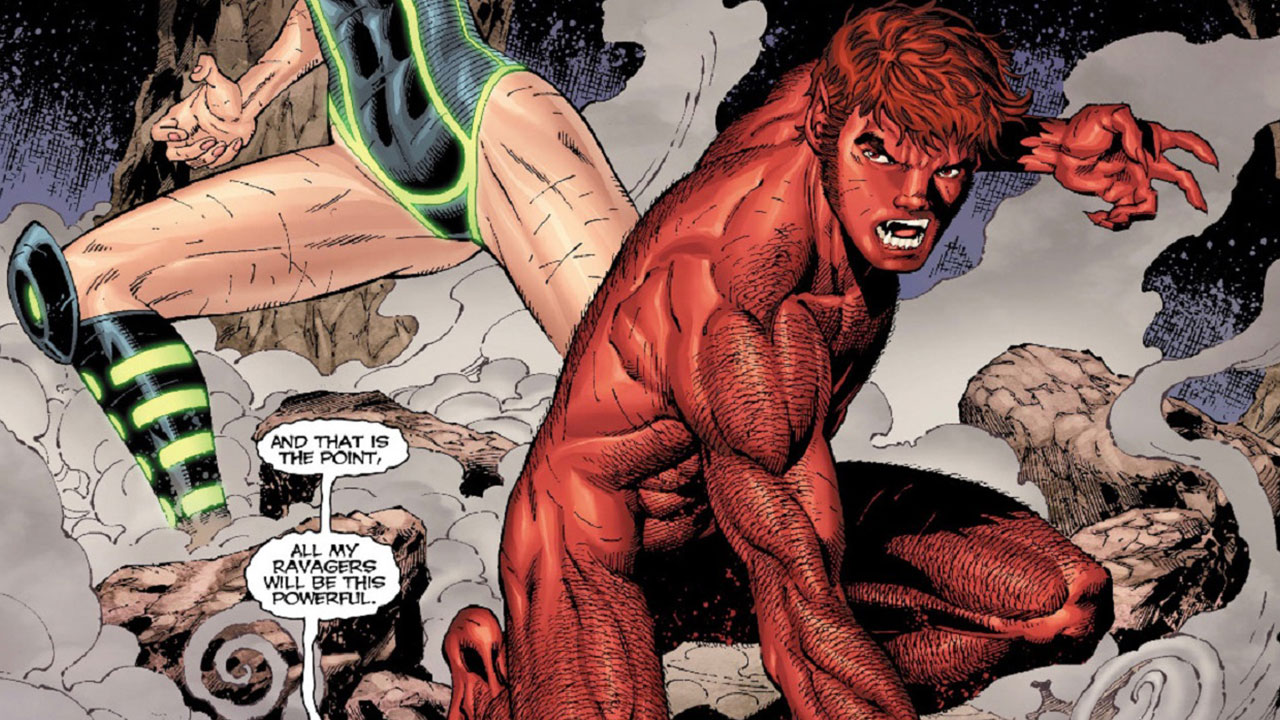 Although Beast Boy's green skin is one of his most iconic traits, Gar has found his pigmentation altered as well! In 2004’s ‘Teen Titans’ #13-15 (written by Geoff Johns and penciled by Tom Grummett), a villain known as the Zookeeper ripped Gar’s powers away from him, which turned him from a Beast Boy into a normal boy, complete with his original Caucasian complexion. Gar was able to regain his powers, and his iconic green skin remained until 2012’s ‘Superboy’ #8 (written by Scott Lobdell and Tom DeFalco, penciled by R.B. Silva and Iban Coello) saw him reimagined with red fur for DC’s New 52 era. Although it was never stated outright, the presumption was that Gar’s skin was red because he was drawing power from the animal kingdom elemental force known as the Red. Whatever the reason, Gar was back to his classic green look by ‘Teen Titans: Rebirth’ #1 (written by Benjamin Percy and penciled by Jonboy Meyers), which he’s maintained ever since.

If you had Beast Boy’s powers, what would you transform into? Let us know in our Community!