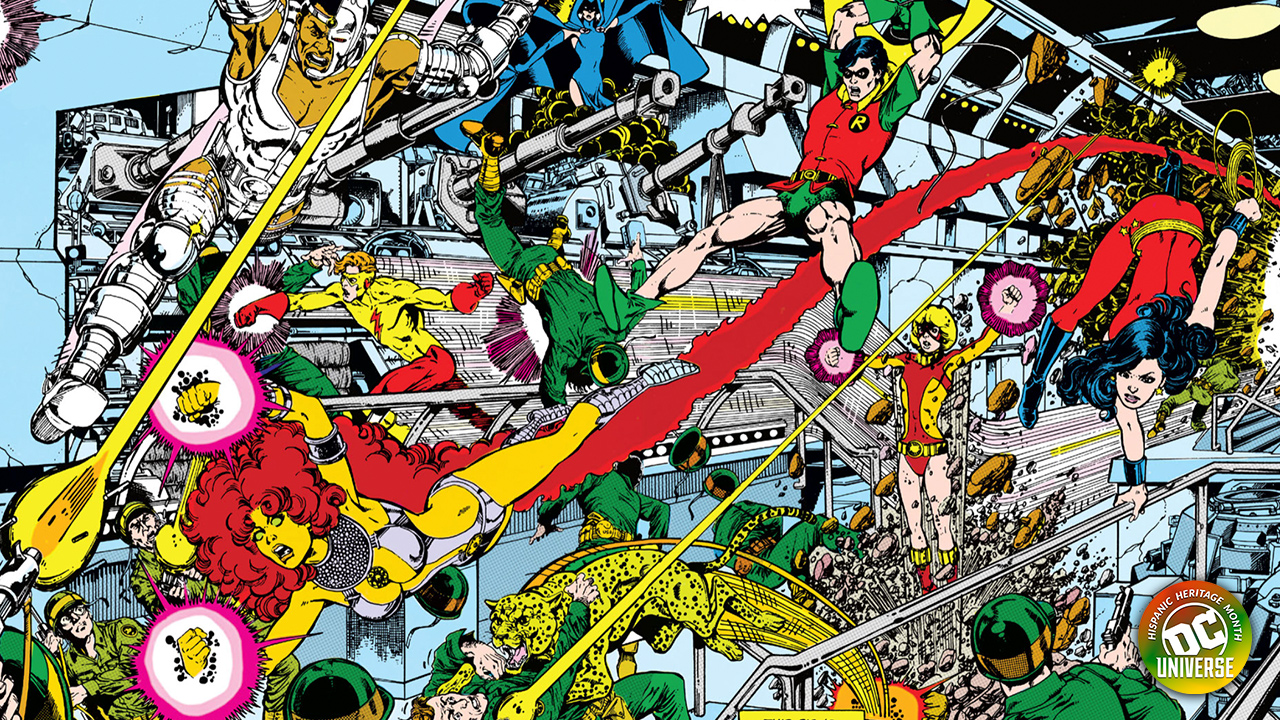 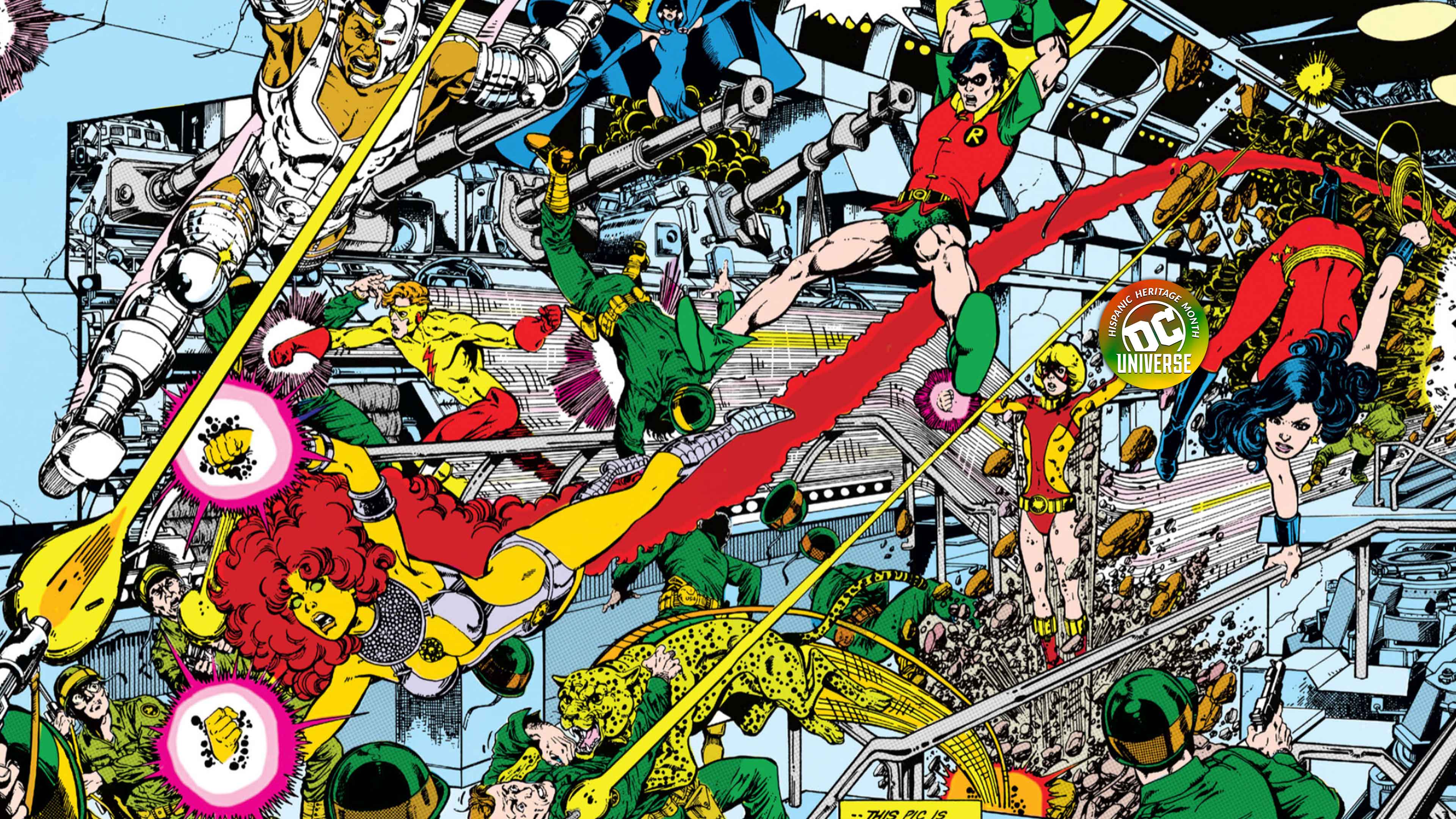 From September 15th to October 15th, we’re celebrating the 30th annual Hispanic Heritage Month with all of the Hispanic heroes of the DC Universe - both on and off the page. Today, we highlight five of the Hispanic creators who have been shaping the DC Universe into the vibrant setting we all enjoy today. Without their unique voices in their writing and art, DC would be a far less interesting place. Let’s take some time this month together to celebrate their contributions. 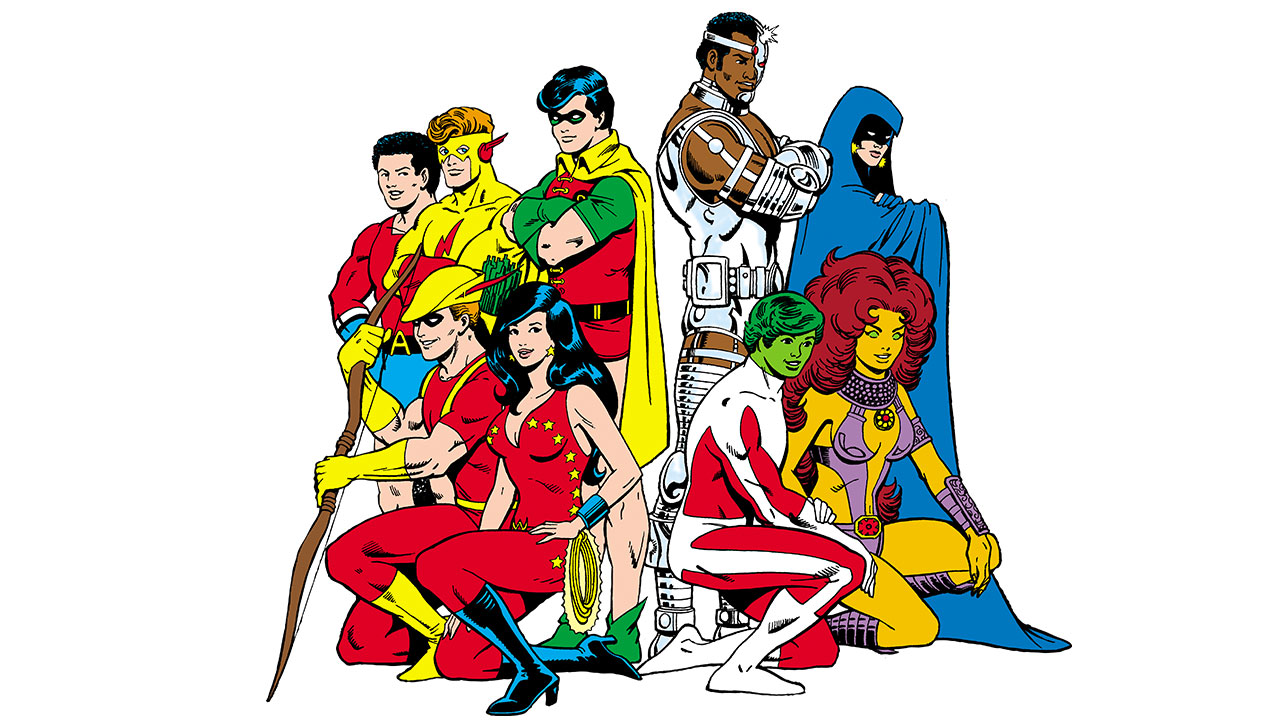 The son of Puerto Rican immigrants to the US mainland, George Pérez completely reshaped the DC Universe as we know it for the modern era. In 1980, Pérez and Marv Wolfman launched ‘The New Teen Titans,’ introducing characters like Raven, Starfire, and Cyborg — characters who are practically synonymous with the team to this day. The mature themes of Pérez and Wolfman’s work on ‘New Teen Titans’ became the new benchmark for how the book should feel, and has found modern expression in its influence of ‘Teen Titans,’ ‘Titans,’ and ‘Young Justice.’ (He was also the first artist to give us Sexy Nightwing.) In 1985, Pérez and Wolfman rewrote the entire DC Universe by hand with the most ambitious crossover event of all time, ‘Crisis on Infinite Earths.’ Accounting for practically every story and character ever published by DC in some capacity or another, Pérez illustrated the entire DC Multiverse joining forced for one final battle until all of reality was consolidated into a single universe. And in that universe, Pérez followed up those efforts by relaunching ‘Wonder Woman’ in an epic, multi-volume saga which spanned all of Greek mythology and the world, creating a brand new cast of enemies and allies which endure to this day. 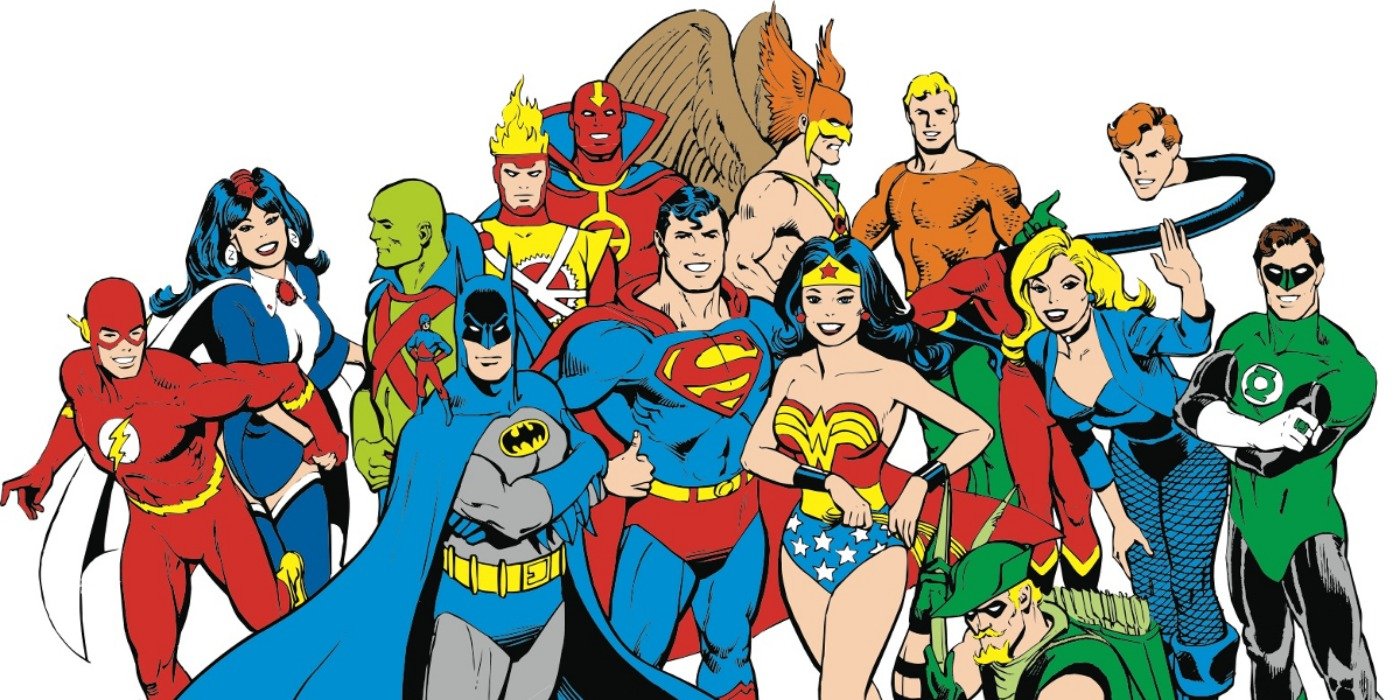 If you’ve ever enjoyed the art of a DC comic from the 80s, you have José Luis García-López to thank. Born in Pontevedra, Spain, José came up through Charlton Comics before making a big splash at DC in the 1970s. García-López quickly gained a reputation among the ranks for meeting every artistic challenge with an accuity rarely seen in the comic book world at the time, from Hercules, to Atari Force, to Jonah Hex, to Deadman, to a special Superman vs. Wonder Woman special in 1978. There was no assignment so tough that García-López couldn’t take it head-on and emerge triumphant. So when DC put out an internal style guide to define the looks of all their characters in 1982, it was García-López who minted the standard to which all other artists would aspire. To this day, there are calls to reprint this legendary style guide for public use, and it’s one which is currently under consideration by the powers that be. 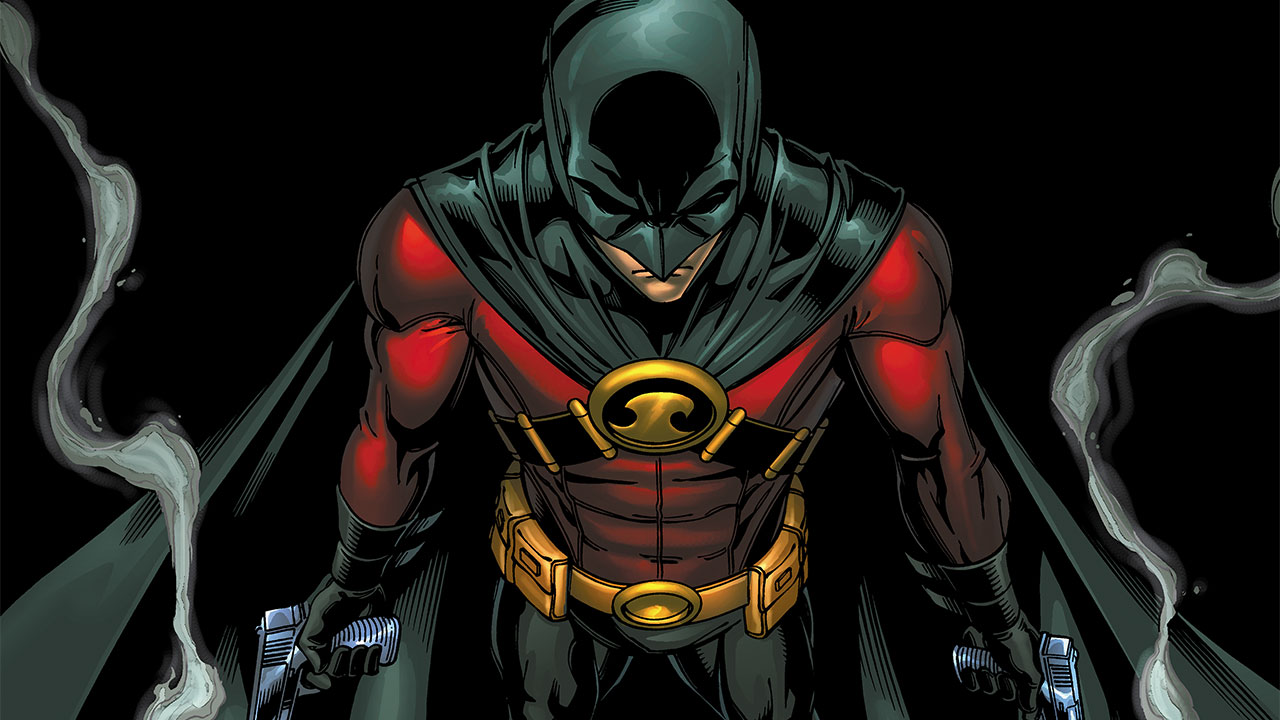 With a career in comics stretching from 1985 to today, the Buenos Aires-born Fabian Nicieza has garnered a reputation as one of the hardest working writers in comics. “Once,” Fabian claims, “while waiting in an NYC emergency room with a dislocated finger wrapped in ice, I wrote five pages of dialogue with my free hand. And it read better than the script I did with two hands!” Taking on duties throughout the vast scope of the DC Universe from ‘Trinity’ to ‘Azrael,’ Nicieza may be best regarded by DC fans for his run on ‘Red Robin,’ which elevated and honored the equally hard working Tim Drake as the world’s greatest detective in Batman’s absence. Game recognize game. 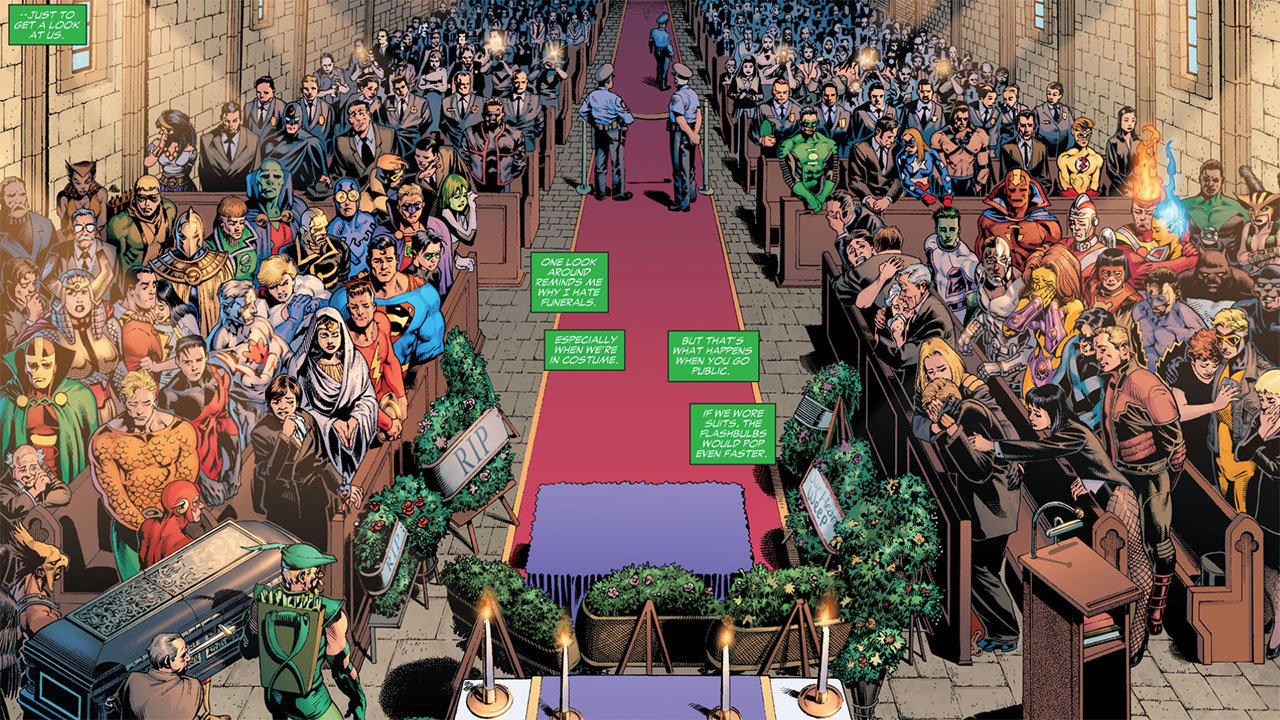 The art of 2004’s ‘Identity Crisis’ was designed to break your heart as the fabric of the DC Universe began to tear in ways which seemed forever irreparable. While the concepts were established by accomplished novelist Brad Meltzer, the raw emotion which radiated off each new twist of the knife would not have hurt so hard without the work of Puerto Rican artist Rags Morales. Morales’s process for crafting the looks of heroes in this series was painstaking, compositing their images throughout past eras combined with his own unique flairs and influences in a way which made the series resonate with readers of any age. It’s no surprise then that with the start of The New 52, Morales was chosen to accompany Grant Morrison on one of DC’s flagship relaunches, ‘Action Comics’ — introducing a younger, jeans-clad Superman in a return to the working class origins of his earliest adventures. Morrison completionists often consider this ‘Action’ run as one of their favorites, most underrated works of his oeuvre; and Rags Morales is the secret ingredient. 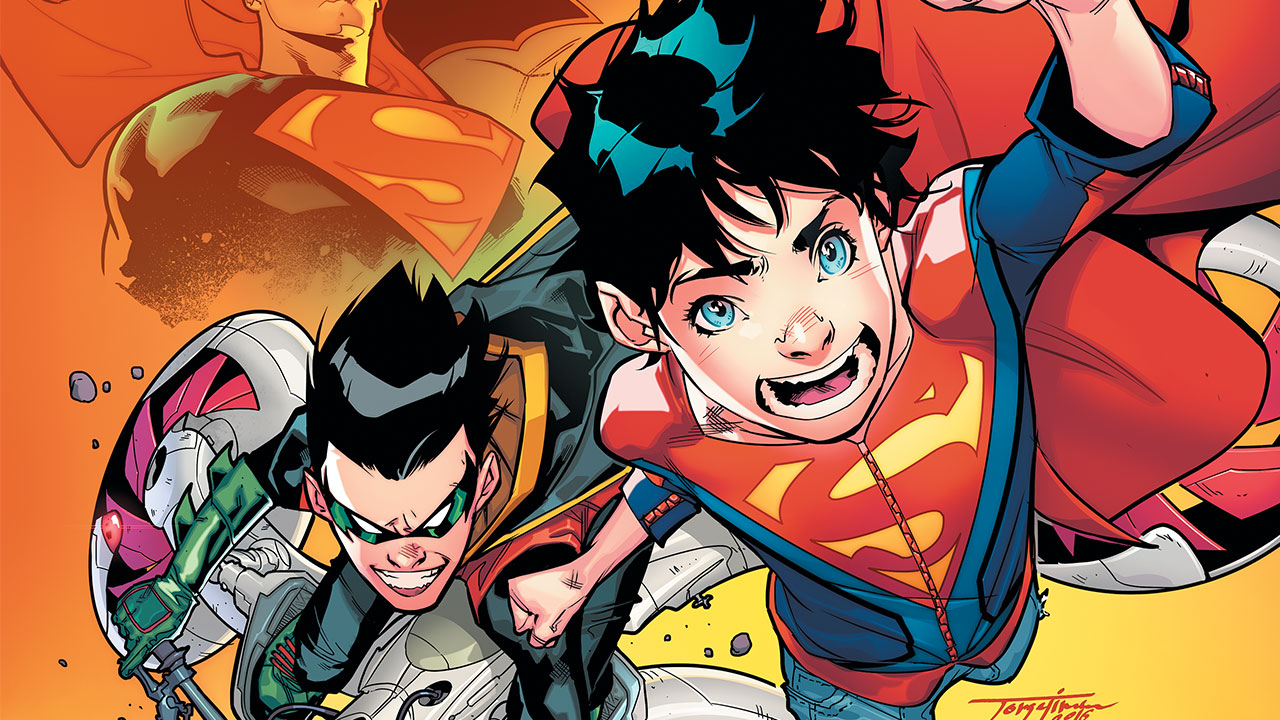 As the talent of the DC Universe continues to evolve and diversify, one of the most influential artists working at DC today is unquestionably Jorge Jimenez. Starting on DC’s ‘Earth 2’ line in the latter half of The New 52, Jimenez loaned a clean, crisp style to the DC Universe and its heroes which has made it seem like a cartoon that leaps before your eyes between panels. For “Rebirth,” Jimenez was responsible for the dynamic designs of DC’s most doted upon duo, the ‘Super Sons’: young Jon Kent and Damian Wayne. Jimenez’s art caused many among us to cling fast to what may be the definitive team-ups of our current age, and one which continues to inform the future of DC’s young heroes. Today, Jimenez is one of a team of artist working on the biggest show in town: Scott Snyder’s blockbuster, no holds barred ‘Justice League’ series which aims to bring a whole new definition to “epic.” Snyder’s ‘Batman’ and ‘Dark Nights: Metal’ have proven that there may be fewer artists alive who can keep up with his wild ideas than you can count on an Nth-metal gauntlet: but like his predecessors in Pérez and García-López, Jorge Jimenez has yet to fail in rising to the challenge.

Who are some of your favorite Hispanic creators? Talk about them in our Community!