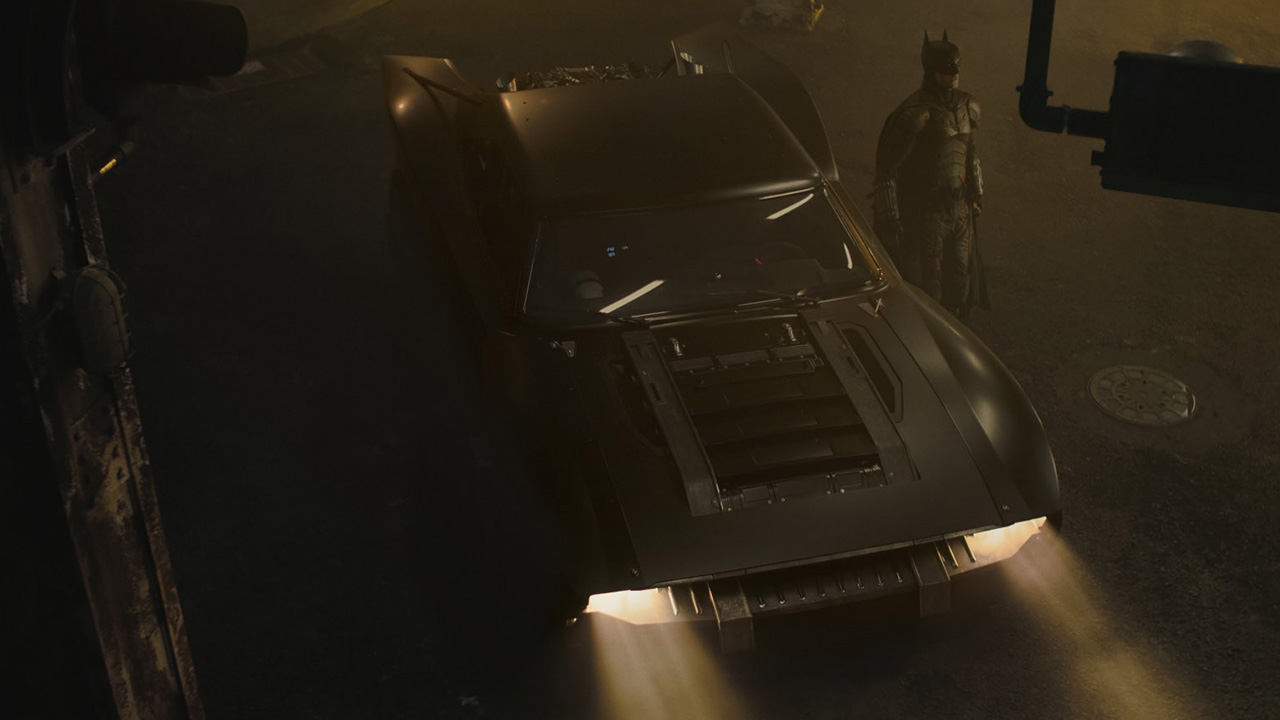 5 Lame Batmobile Features Robert Pattinson Will Never, Ever Use

It’s the car, right? Chicks dig the car... Whether you're an auto enthusiast, a superhero fan, or a pop-culture omnivore, everyone agrees that the Batmobile is the coolest set of wheels on the road. There have been plenty of awesome variants over the years, and yesterday director Matt Reeves gave us our first look at the Batmobile we’ll be seeing in his 2021 film The Batman. Now that we know what the next Batmobile will look like, we can’t wait to see what it can do! But while the Batmobile has had its share of badass features throughout its history, in hindsight a few of them have been kind of pointless. Here are 5 Batmobile features Robert Pattinson will probably avoid when he debuts as the Dark Knight next year...

The Feature: The rear of this Batmobile contains a fully functioning crime lab, complete with tables, chemicals, scientific equipment, and more. Perfect for the science enthusiast on the go!

Notable Appearance: Detective Comics #156, and a more compact version in 1986’s The Man of Steel #3.

Why It Seems Useful: We all know that feeling. You're stuck in traffic, wishing you could just hop in the backseat and do a couple elaborate laboratory experiments to pass the time.

Why It’s Useless: Have you ever bought a product thinking it would be used frequently, only to realize months later you've barely touched it? Believe it or not, the urge to randomly pull the car over and do chemistry doesn’t happen as often as one might think. Plus, anytime you hit a speed bump or make a sharp turn the entire laboratory would be destroyed. R-Patz doesn’t need broken test tubes. 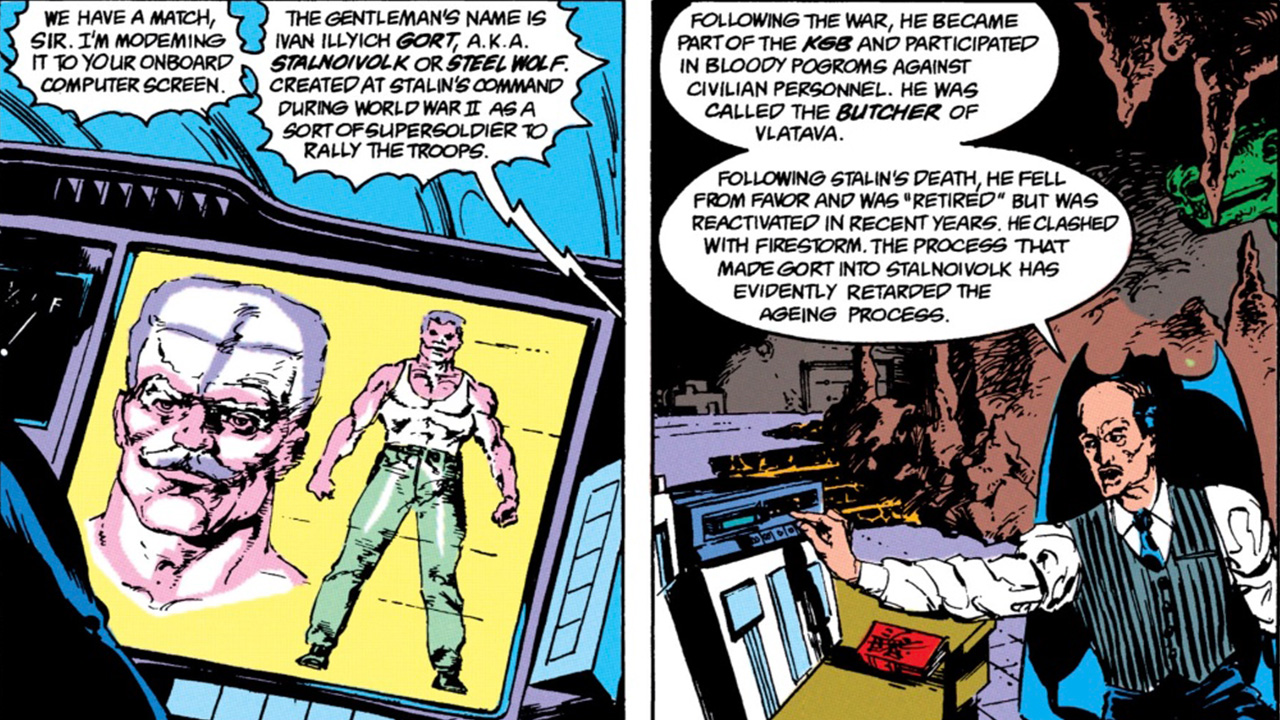 The Feature: Forget cable internet! Move over DSL! Many 1990s stories bragged about the Batmobile’s fax machine and modem. Eat your heart out, Radio Shack.

Why It Seems Useful: If Batman ever gets sent back to the year 1992 he’ll be able to wow Gothamites with his cutting-edge technology.

Why It’s Actually Useless: We’re sorry, but nothing says “OK boomer” louder than the squeal of a fax machine. Pattinson isn’t here to give out free America Online CD-Roms, he’s here to kick ass. 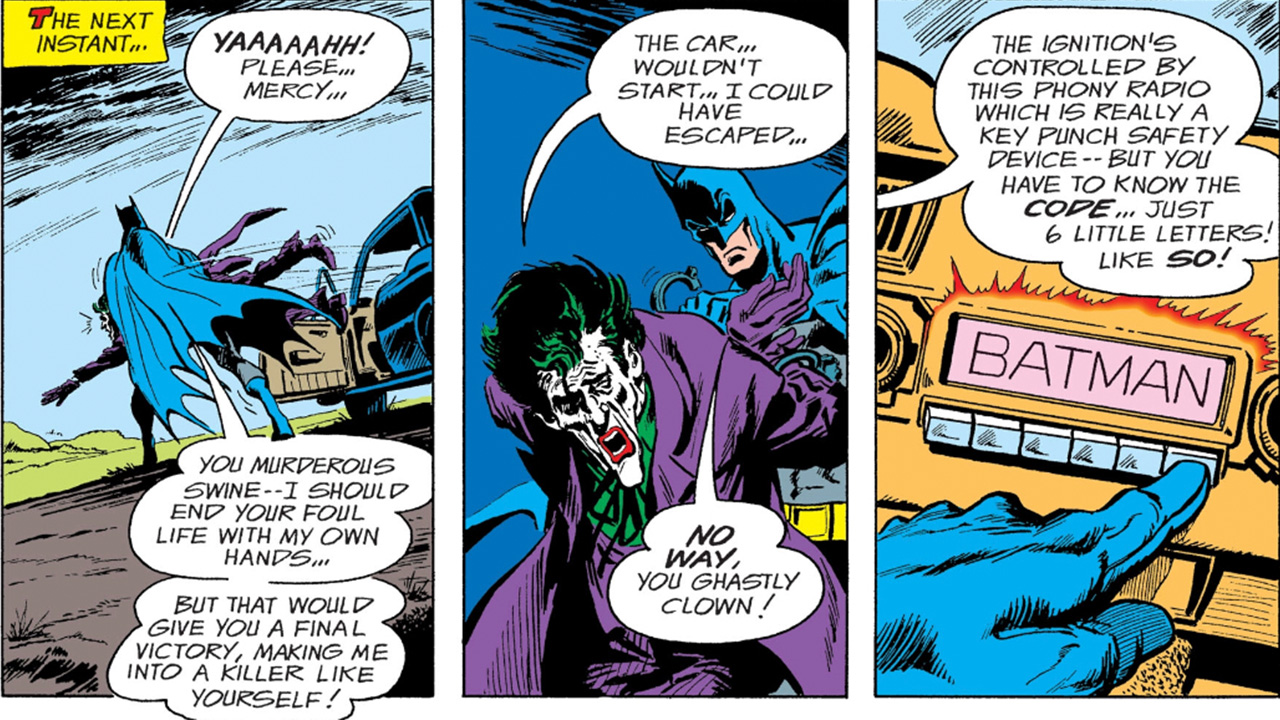 The Feature: A password protection system that prevents unauthorized users from starting the Batmobile unleash they guess the secret codeword. Can you guess the codeword? Hint: it’s “Batman.”

Notable Appearance: The Brave and the Bold #111

Why It Seems Useful: In a city as dangerous as Gotham, password protecting your car seems like a smart choice.

Why It’s Useless: Batman is one of the smartest people in the DC Universe, but he couldn’t come up with a better password then “Batman”? Get outta here. Even a lobotomized villain like Solomon Grundy could crack that code. At least put some punctuation marks in it. To make matters worse, in this story BATMAN TELLS JOKER THE PASSWORD ANYWAY, which defeats the purpose of having it. 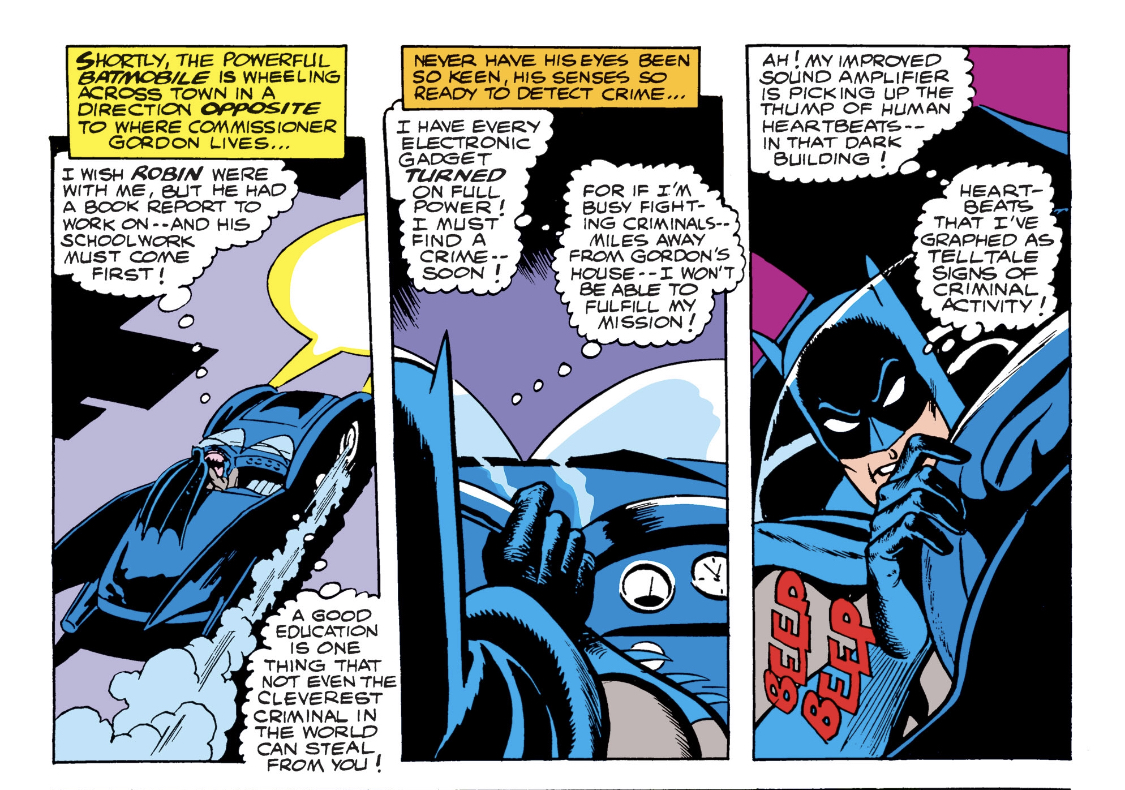 The Feature: The Bat-Tector is a listening device located within the Batmobile that alerts Batman to possible criminal activity. It does this by red-flagging sounds it considers “crime noises,” and we see no possible way this could somehow go wrong.

Why It Seems Useful: Figuring out where crime is happening is totes hard, especially if you’re busy playing with the Batmobile’s elaborate chemistry set in the backseat.

Why It’s Useless: If this thing is designed to pick up the sounds of gunshots, Batman is going to smash through a lot of windows only to find kids playing Call of Duty. Is the machine smart enough to distinguish criminal noises from regular noises? Not if it it was installed by the same Batman who used his own name as a security password. The Caped Crusader says this feature distinguishes heartbeats as evidence of criminal activity. You hear that, citizens of Gotham? Drink too much caffeine and Batman is gonna beat the crap out of you. 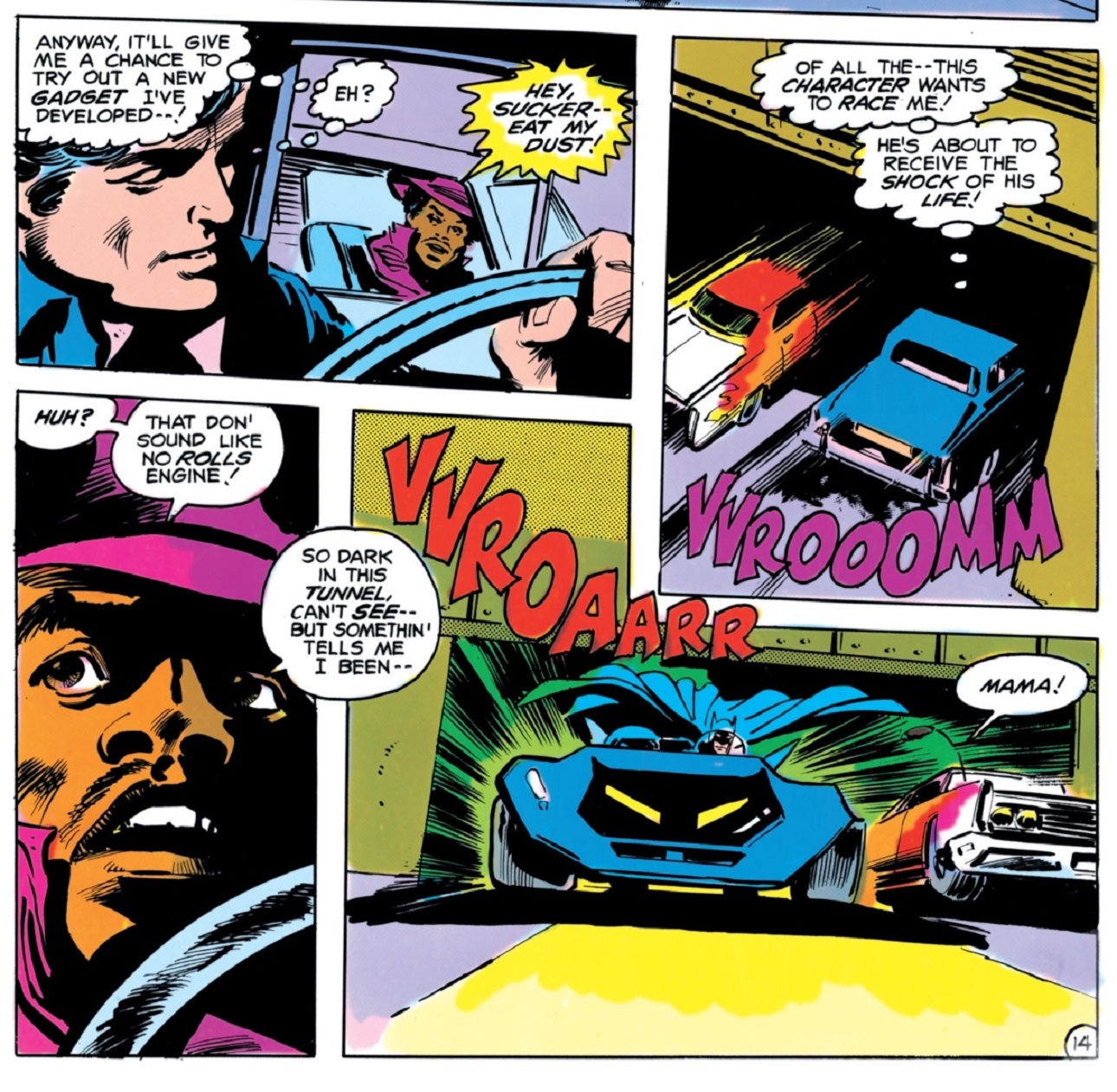 The Feature: The Batmobile’s transformer feature allows it to transform into a much less awesome car. We know Batman has a secret identity to protect, but...why the hell would you want to do this?

Why It Seems Useful: If you’re ever in the mood to drive something that isn’t the Batmobi – what are we saying? What on Earth would possess someone to change their Batmobile into a normal car?!

Why It’s Useless: You’re. Driving. The. Batmobile. Why would you want to not drive the Batmobile? The former Edward Cullen is no fan of downgrades and neither are we.

What would YOU like to see Bat-Patz's ride do? Let us know in our Community!