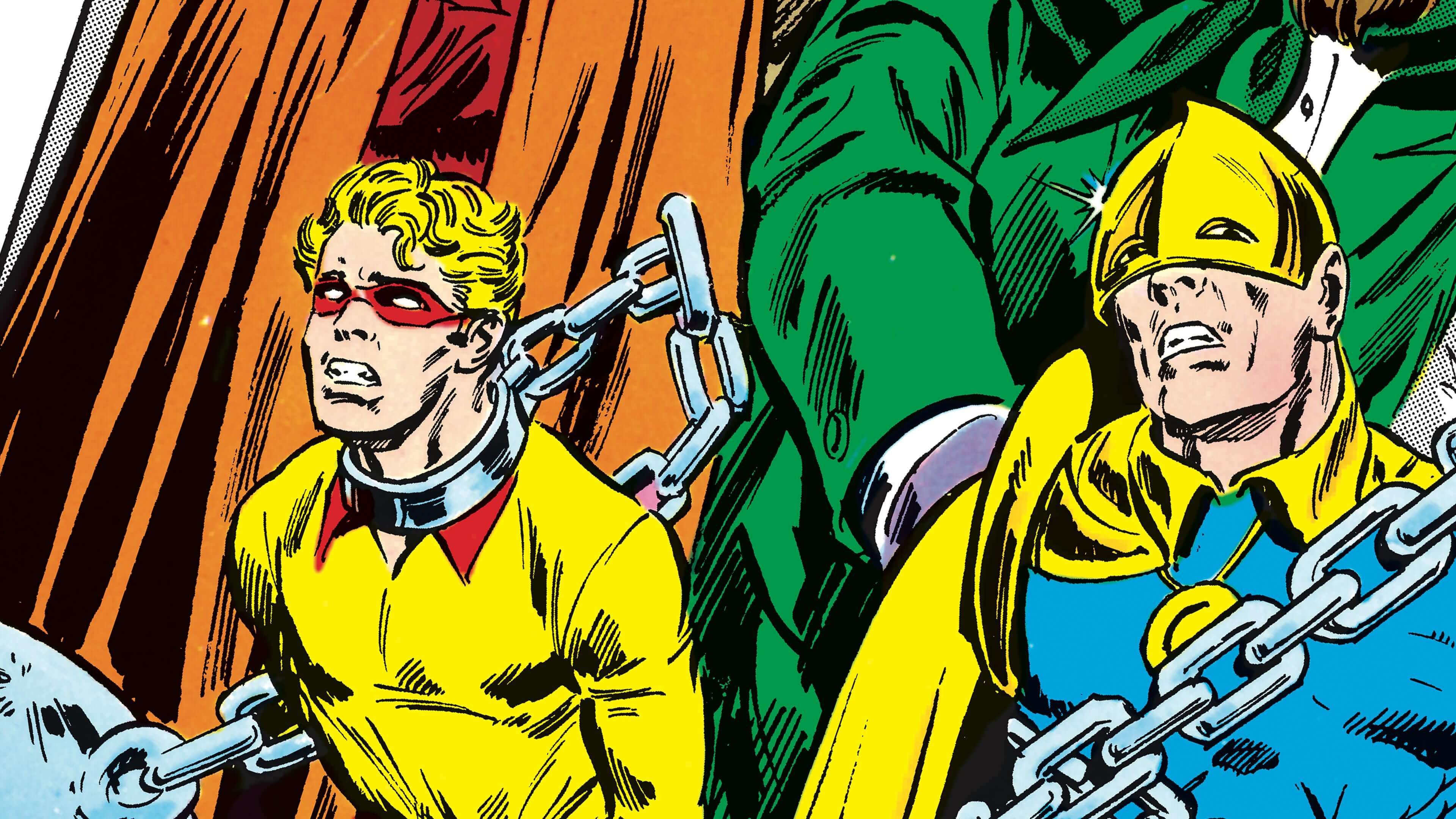 Sidekicks are a vital part of superhero lore. They bring levity and a sense of responsibility to the heroes we love, often maturing into full-fledged solo heroes. Unfortunately, for every Robin and Kid Flash who graduated to the big time, there are plenty of sidekicks who aren’t so lucky, and get lost in the annals of time. Well, we’re here to give them their due! Here are 5 Forgotten Sidekicks who won’t be starring in DC Universe's ‘Titans' anytime soon... 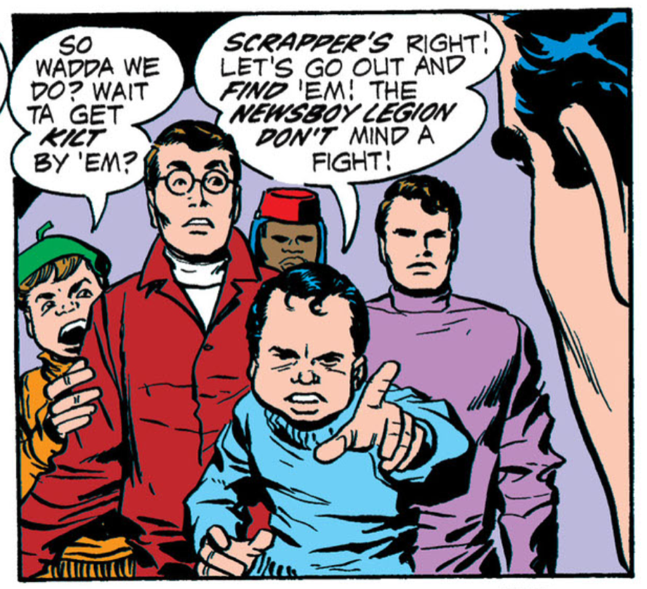 HISTORY: Living on the streets of Suicide Slum, these troublesome orphan newsboys were taken under the wing of Officer Jim Harper. Once he became the Guardian, the rambunctious bunch became his sidekicks, although they were unaware that their father-figure and the Guardian are one in the same.

Post-Crisis, the Newsboy Legion was a victim of Project Cadmus’ cloning attempts and later were orphans raised by Granny Goodness on Apokolips. Needless to say, it has been a while since The Newsboy Legion has hit the streets.

LAST SEEN: The Newsboy Legion has been spotted a few times, including a revamped version in Grant Morrison’s ‘Seven Soldiers: The Manhattan Guardian (2005)’ and an unnamed cameo in the ‘Justice League Unlimited’ episode “Patriot Act.” Most recently, a genderbent version the Newsgirl Legion appeared in the ‘Young Justice: Outsiders’ episode “First Impression.”

HISTORY: Every Bud Abbott needs a Lou Costello. Every Stan Laurel needs an Oliver Hardy. And every Lex Luthor should have an Otis... Plastic Man has Woozy Winks. After saving a wizard from drowning, this once small-time crook was granted the power to avoid danger at all costs. Despite being mostly inept and comic relief, he has the uncanny ability to spot a potential perp and rattle off their rap sheet from memory. Who needs Oracle when you’ve got Woozy Winks?

In 1999’s 'Plastic Man Special,' an attempt was made to give Woozy an alternative origin story that made more sense. In this, he began as an intelligent agent known as the “Green Cobra” who was partnered up with Plastic Man. After Plastic Man was wounded, they were both trapped in a confined locker for an extended period of time. The toxic fumes from Plastic Man’s blood caused Winks to become “woozy” and caused lasting brain damage. Now doesn’t that make more sense than a drowning wizard?

LAST SEEN: Most recently he had a part in the ‘Batman: The Brave and the Bold’ episode “Death Race to Oblivion” and a fleeting cameo in the ‘DC Nation Shorts: Plastic Man.’ 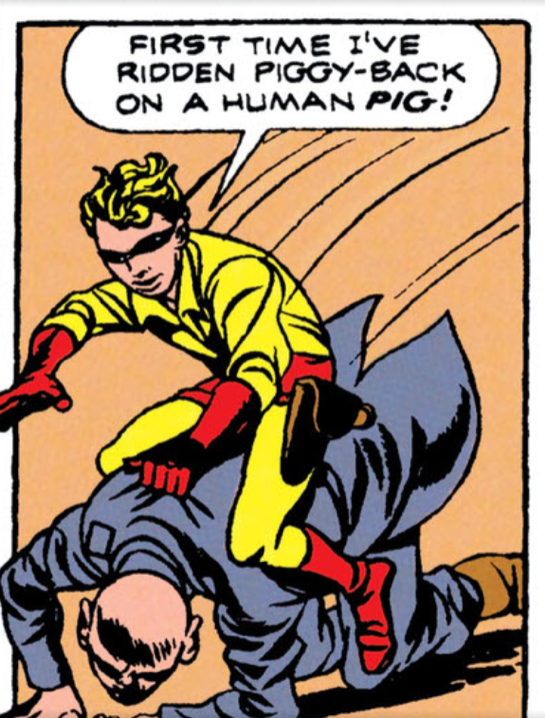 HISTORY: Sanderson Hawkins aka Sandy the Golden Boy sounds more like a Friday Night Lights character than a sidekick. However, this is the only character on our list to take on the mantle of his successor, Sandman. Sandy has gone through a lot of changes over the years, including being transformed into a giant sand monster before his most recent incarnation as the masked Sand in the JSA.

Sand has become a staple JSA member in several comic series and in animated series appearances, but sadly he has hung up his golden tights for good.

LAST SEEN: Another distinction is that he is most likely the only sidekick on our list to have an action figure, but it is of his Sand counterpart. Sand has appeared in several cameos in the ‘Justice League Unlimited’ episodes “Initiation,” “Clash,” and “Panic in the Sky.” 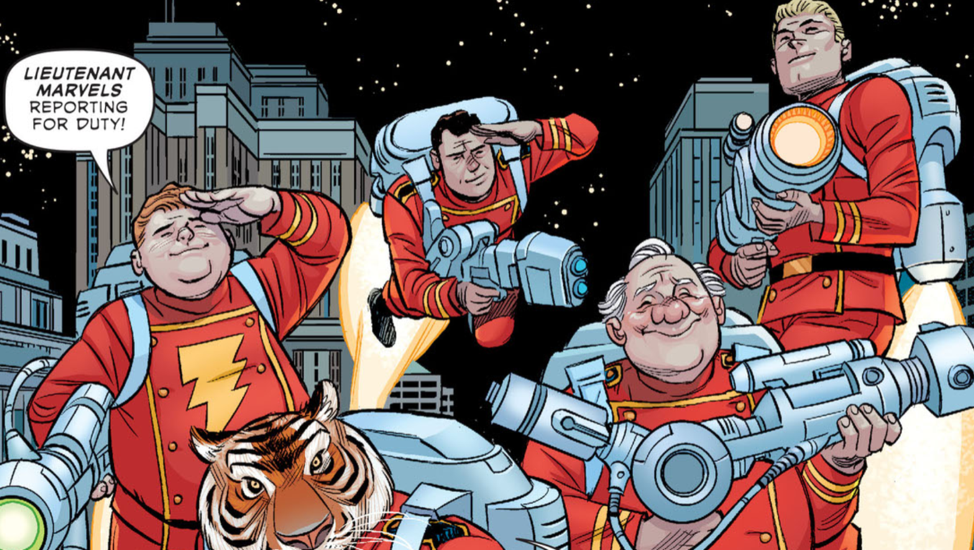 HISTORY: Another team of sidekicks, the Lieutenant Marvels have a bit of a confusing origin story. Three Billy Batsons, one from Brooklyn, one from out West, and one from down South, all travel to meet the “real Bill Batson.” Together they form the Batson Club and take the names “Real Billy,” “Tall Billy,” “Hill Billy,” and “Fat Billy.” They can transform by saying the magic word: “Shazam” into, you guessed it: Tall Marvel, Hill Marvel, and Fat Marvel. They coin the phrase “Lieutenant Marvels” because a Lieutenant reports to a Captain.

They haven’t had many appearances lately other than a few one off cameos here and there. Fingers crossed that we’ll see them in Shazam 2.

LAST SEEN: Once again Grant Morrison included another sidekick team into his work, this time in Multiversity. Also, the team name was mentioned in ‘Young Justice’ referring to Freddy Freeman as Lieutenant Marvel although he is never seen. 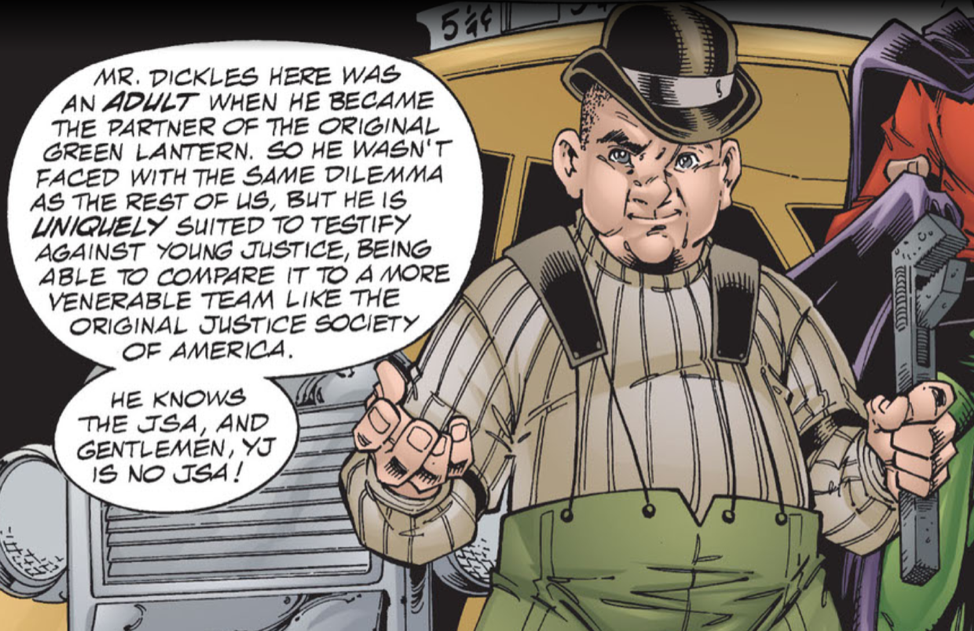 HISTORY: Alan Scott recruited Doiby via a handwritten note after he helped the emerald avenger defeat some thugs. And they say no one writes a thank you note anymore! Doiby has many adventures including marrying an alien princess, Sinestro possessing his taxi cab, and even fighting Nazis with his trusty pipe wrench.

After a few years, he retired to the planet Myrg with his alien queen. Although, he did join a team of old sidekicks called Old Justice.

LAST SEEN: He made a few appearances with Old Justice in 2001’s ‘Young Justice’ run, but has been noticeably absent otherwise.

Who is your favorite lesser-known sidekick? Let us know in our Community!