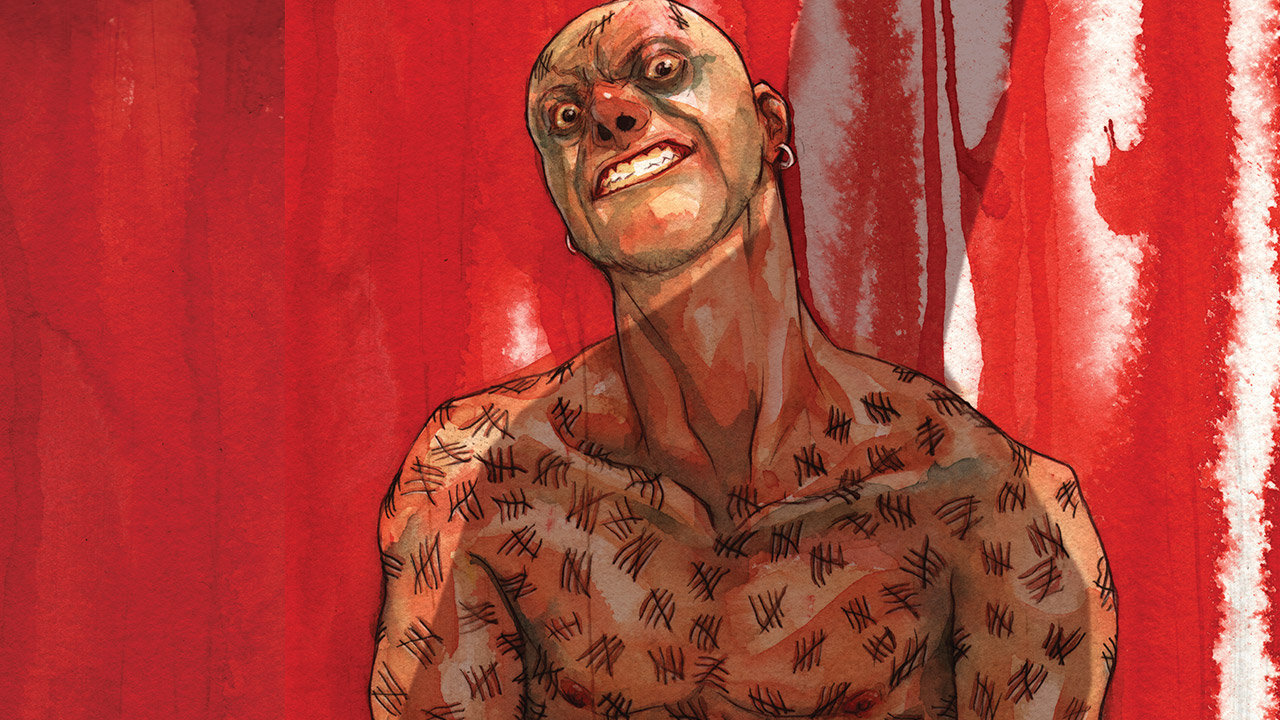 For all the wide variety of heroes there are across the DC Universe, there’s an even broader spectrum of villains. Sure, there are the gimmick-based costumed set trading puns and bon mots as they battle across giant type-writers. There are the world-ending threats that require all hands on deck to tackle together. There are villains who want revenge, villains who want control, villains who are making a point… and then there are the villains who just want to kill. Villains beyond reasoning, and beyond redemption, who have made it their life’s mission to take out as many people as they can just to satisfy their own dark desires. Here are five of the most notorious serial killers you’ll find in the Justice League watchtower database. 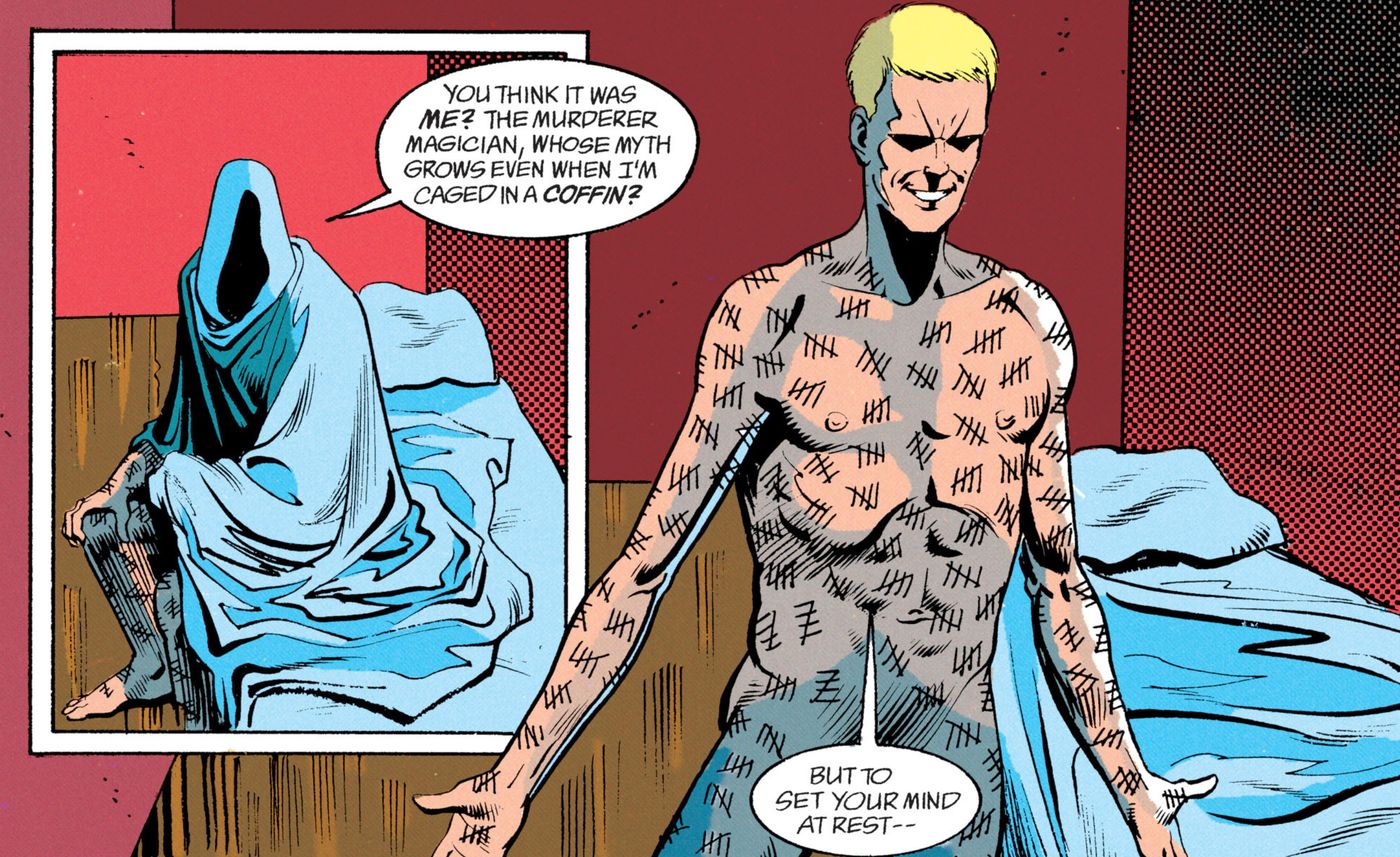 Victor Zsasz has always been a numbers man. Counting the fortune he inherited from his wealthy parents. Counting the profits from his successful business. Counting cards and chips at the casino. Counting every penny as it flew from his pocket into the hands of The Penguin. And with nothing left, all he had left to count were people. Zsasz’s nihilistic philosophy that life is devoid of meaning lead him down a road where he decided his duty was to do the world a favor: he would end the suffering of existence by liberating as many “zombies” from the world as he can, one by one. As a reward for his good deeds, Zsasz remembers each zombie to meet his knife with a tally mark on his own skin. Naturally, Zsasz is a frequent guest at Arkham Asylum. But he’s always just counting the days until he’s free to kill again. 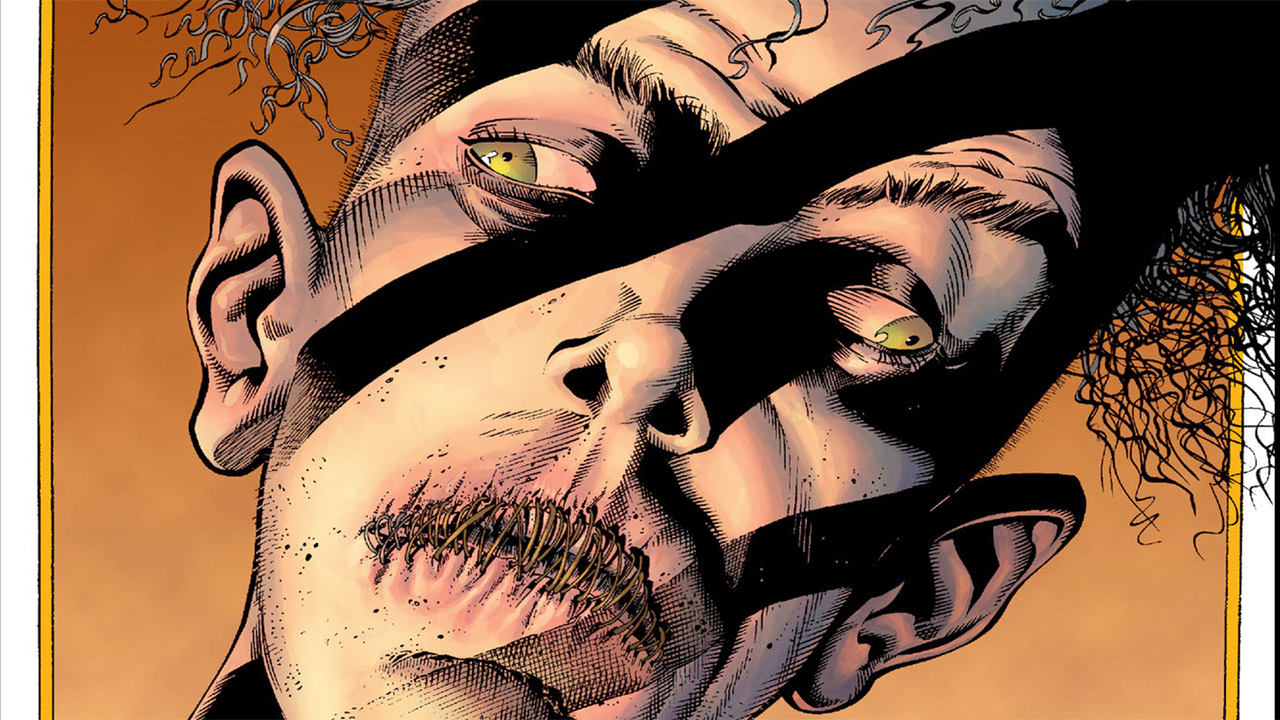 The Flash has one of the most colorful collections of villains you’ll find in the DC Universe, with each presenting a fun new Super Science problem for Flash to solve with his versatile super speed powers. Michael Amar is not one of those. He has no ice guns, or mind control helmet, or magic wand. All he has is a strange blood type, a strong background in biochemistry and the medical sciences, and acute case of schizophrenia. Tortured by imagined voices which would never cease, Amar went on a killing spree throughout Central and Keystone City for just a moment’s respite from their demands for blood. Not even a court mandated death sentence could end Amar’s suffering, as his own rare blood mutation rendered a lethal injection ineffective. In another vain effort to silence the voices, Amar cut out his own tongue and sewed his mouth shut, earning the moniker of “Murmur” for the dull, hardly decipherable noises he would make ever more. Even confined to Iron Heights, Murmur continues to kill guards and prisoners alike at every opportunity. Rogues of Central City beware: because if you’re caught by The Flash, something far worse soon awaits you. 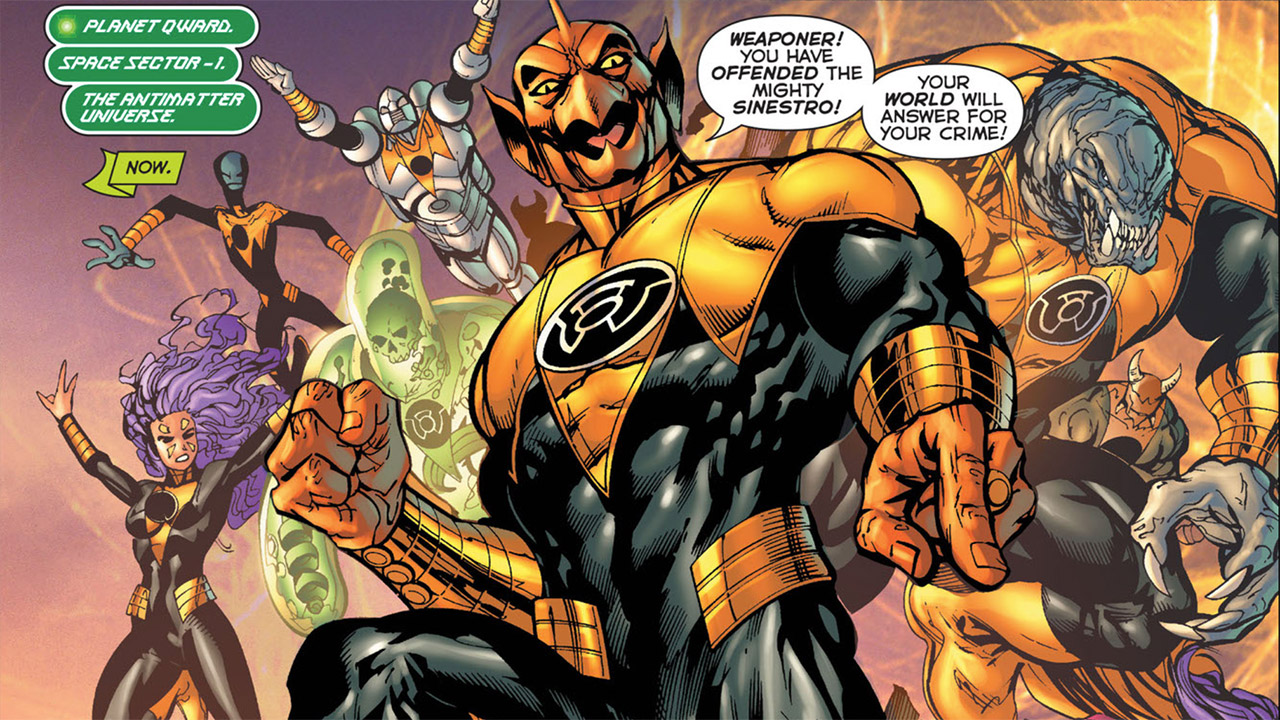 When Thaal Sinestro started his own Corps to oppose the Green Lanterns, he recruited the most terrifying beings throughout the universe to fill its ranks. The role for Sector 2813- Earth’s next door neighbor, universally speaking- was filled by Romat-Ru, the most notorious killer in Xudarian history. Romat-Ru more than filled the criteria of “the power to instill great fear” demanded by the Sinestro Corps ring, thanks to personally being responsible for the deaths of thousands of Xudarian children. But now, Romat-Ru’s killing streak has ended. In Hal Jordan and the Green Lantern Corps #24, the Green Lanterns were dispatched to round up at-large members of the Sinestro Corps after the apparent death of Sinestro himself. Romat-Ru had the misfortune of pursuit from his Green Lantern counterpart, Tomar-Tu… who, with the dead children of Xudar still painfully fresh in his mind, broke entirely from Green Lantern protocol by killing him on the spot. This action would have long repercussions for Tomar-Tu. But whatever your feelings on killing a defenseless enemy without trial or due process, the child-killer of Xudar would never strike again. 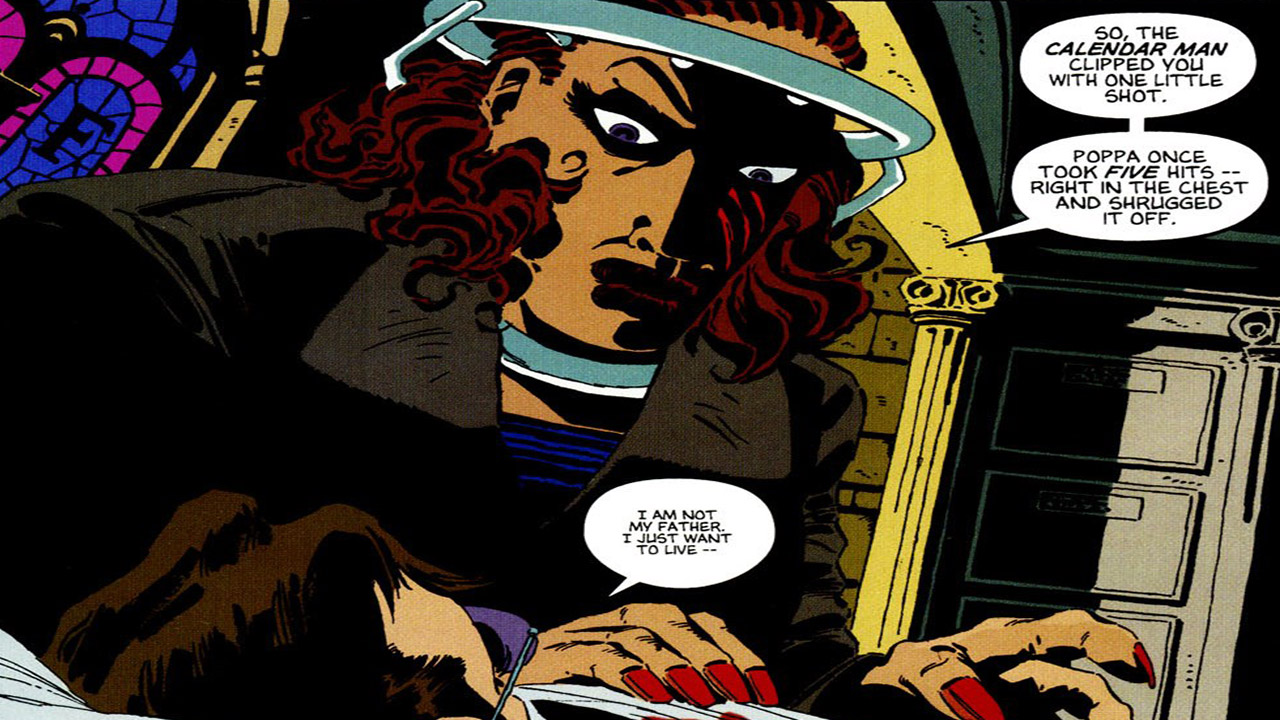 One of the longest standing cases in the early years of Batman’s career was that of a serial killer who would only strike on holidays, taking a new victim every month. No, not Calendar Man—though an incarcerated Julian day was consulted for advice in catching the mysterious killer. After thirteen months on the loose- from one Halloween to the next- a culprit is found in Alberto Falcone, the “good son” of the notorious Falcone crime family. (Although, as the story reveals, he may have had some help.) But the murders don’t stop after Alberto goes to Arkham, as Falcone’s incarceration only gave rise to The Hangman, a new serial killer named for their propensity to kill officers of the law and hang them from the neck. The Hangman was, in truth, Sofia Gigante (neé Falcone), sister to Alberto, who had orchestrated the entire affair in order to frame District Attorney Harvey Dent for ruining her family. But considering the family’s violent streak which bled so much of Gotham, that family was ruined long before Dent ever got there. 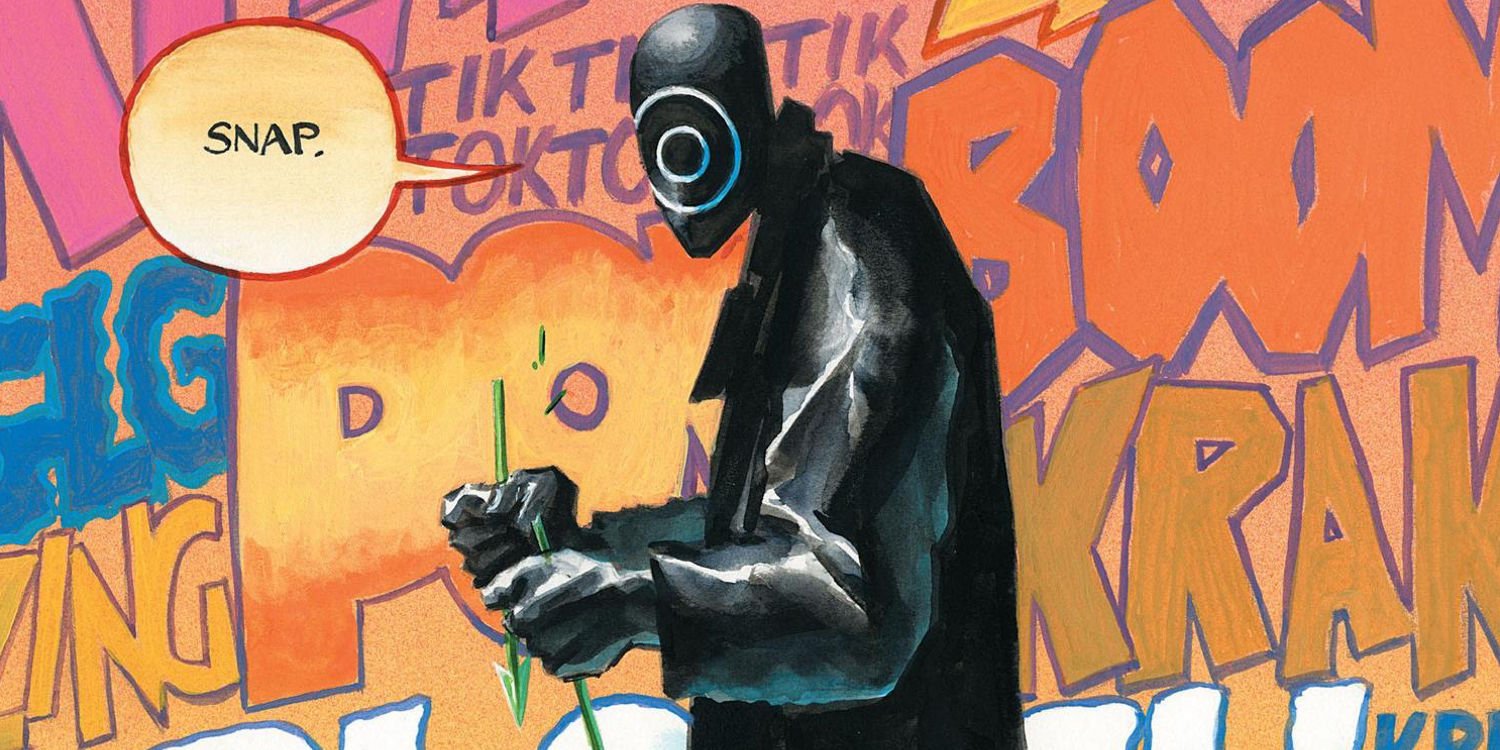 In the real world and in fiction, serial killers are known for their propensity to specialize. Romat-Ru killed children. The Hangman killed cops. But Onomatopoeia, an enigmatic villain who only speaks in sound effects, kills Super Heroes. In particular, Super Heroes without powers. When a newly inspired citizen takes up a costume and a codename to dole out justice against a rising wave of evil, Onomatopoeia will be there to silence them before the world can sing their praises. Nothing is known about his past. No one alive has seen his face. He’s never once monologued about his motivations -- everything we know about him, we learn only from the bodies he leaves in his wake. He’s a brilliant hunter and strategist, an incredibly skilled fighter, and he would like absolutely nothing more than to kill Batman and Green Arrow once and for all. But if you’re considering a career as a Super Hero in the DC Universe, there’s a good chance you’ll find your first nemesis in Onomatopoeia… and your last.