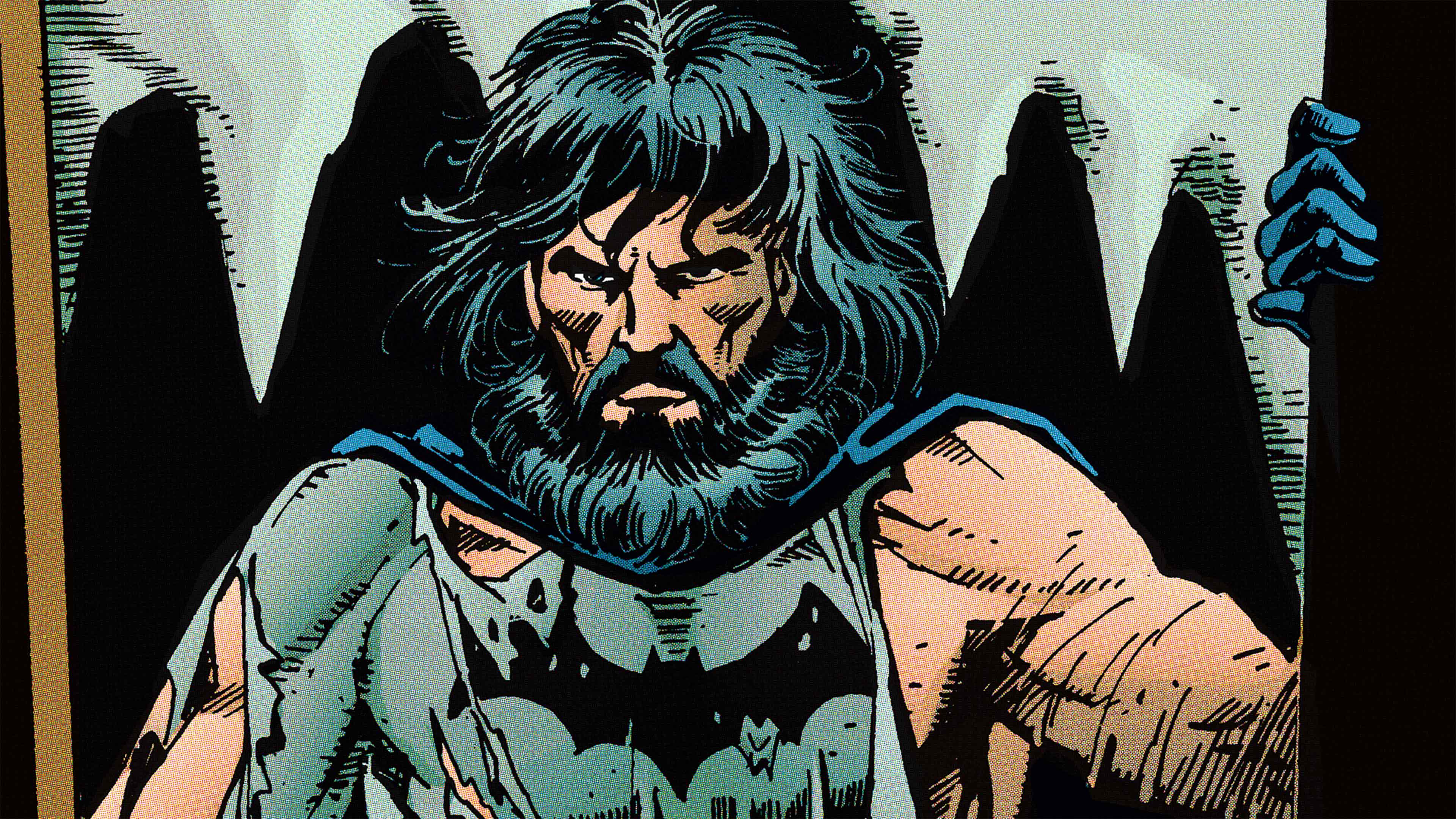 Some people make social distancing look so easy! We miss hanging out with our friends at Titans Tower, but luckily Bibbo’s Ace O’Clubs restaurant delivers and Wayne Enterprise has moved all their meetings to Zoom. Of course it was hard to talk Barry Allen into using Zoom, but once we explained that the name meant something other than his archenemy he was game. Thanks to modern luxuries like DC Universe’s comics library and media content, social distancing has been a breeze – but some people take it to a whole new level. Here are 5 DC heroes who went a bit overboard and became social distance champions!

Batman can overcome anything, including complete isolation. In Batman: Legends of the Dark Knight #18 Bruce makes the difficult decision to lock himself in the Batcave for a month. Batman had recently become addicted to a performance enhancement drug known as Venom, and it was affecting his moral compass and causing him to become unhinged. A month in the Batcave was the only way to detox. Alfred listened through the intercom, and it was as uncomfortable as you would imagine. He heard Bruce grunting, screaming, and sobbing at various intervals. Remember kids, this was the 1990’s, so Bruce was down there without access to high speed internet, streaming services, or UberEats. A month after locking himself in there, Bruce emerged from the Batcave with a dope quarantine beard. Batman might be in peak physical condition, but at the end of the day his social distancing grooming habits are just like ours.

The Star-Spangled Kid takes social distancing seriously. In fact, he feels like the fabric of the space-time continuum depends on it! After a battle with Nebula Man, the Star-Spangled Kid and his Seven Soldiers of Victory teammates were scattered throughout the timestream. The Kid wound up at the dawn of mankind surrounded by cavemen. Aquaman found Sylvester in 1972’s Justice League of America #102, and to his surprise the Kid had been hiding in a cave. Sylvester explained that he had the flu, and if he passed his germs on to the cavemen (who hadn’t built up their immune systems) he could alter the course of human history. That’s dedication!  The Star-Spangled Kid was brought back to the present day, where he was free to take a Tylenol and no longer had to worry about infecting his teammates.

Sleep-walking can be dangerous, especially if you have the powers of Superman! After executing the Phantom Zone criminals in 1988’s Superman #22, the Man of Steel’s guilt caused him to act out while he was sleeping. He developed a new identity as a violent vigilante called Gangbuster, and began stalking Metropolis criminals at night. When Superman discovered what he had done in Adventures of Superman #450, he realized that the only way to protect humanity would be to isolate himself from it. While most social distancing is done at 6 feet apart, Superman decided to take things a few feet further. By the end of the issue, he left the entire planet, and even journeyed beyond the solar system! It’s a bit more than 6 feet, but we admire his dedication. Superman got his s**t together, he returned to Earth in Action Comics #643 and the first thing he did was give Jimmy Olsen a big hug. Guess what, Superman brought back space-germs and they infected Jimmy, turning him into an Elastic Lad in Adventures of Superman #458. Superman should’ve spoken with the Star-Spangled Kid about the importance of good hygiene.

NO HUGS FOR MOM

Sometimes social distancing means keeping relatives safe so we don’t infect them with our new radiated bodies. That's what poor Larry Trainor had to do in Doom Patrol #106. After Larry had merged with the Negative Spirit, his body gave off deadly radiation, forcing the pilot to live in a lead-lined room. Food was given to him through a small mail slot, and Larry had to tragically turn his own mother away, telling her “I’m death to anyone around me.” Luckily Niles Caulder was able to give Larry radiation-proof bandages, so he could resume hugging his mother and anyone else he wanted.

MON-EL QUARANTINES FOR ONE THOUSAND YEARS

Social distancing for a few months can be hard on some people, but we don’t think Mon-El will be sympathetic to their plight. Mon-El was forced to begin one thousand years of torture in the Phantom Zone after Superboy accidentally poisoned him in 1961’s Superboy #89. Reread that sentence as many times as you need to, it’s true – Superboy accidentally poisoned Mon-El, and decided to “fix” the problem by placing him in the Phantom Zone until a cure could be found. Mon-El briefly came out in Adventure Comics #300 when Saturn Girl was able to come up with a temporary cure. Once he helped the Legion defeat a robot and the formula wore off, they threw him back in the Phantom Zone before he could even respond. By the time he was cured in Adventure Comics #305 (reprinted in Adventure Comics #403) he had been trapped for one thousand years! Couldn’t they have used their time machine to give it to him in the past? It’s worth noting that when Mon-El returned from his thousand years of isolation, he did so without growing a quarantine beard like that drama queen Batman.

Are you a social distance champion? Share your secrets in our Community!