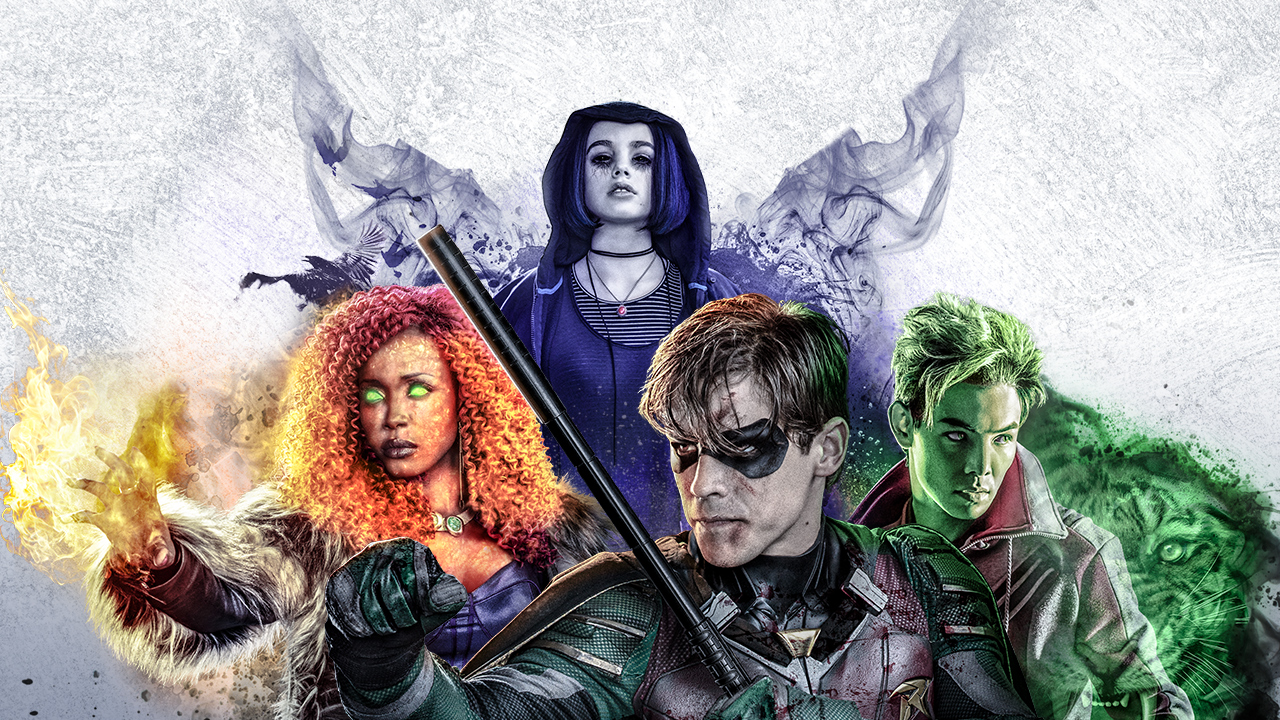 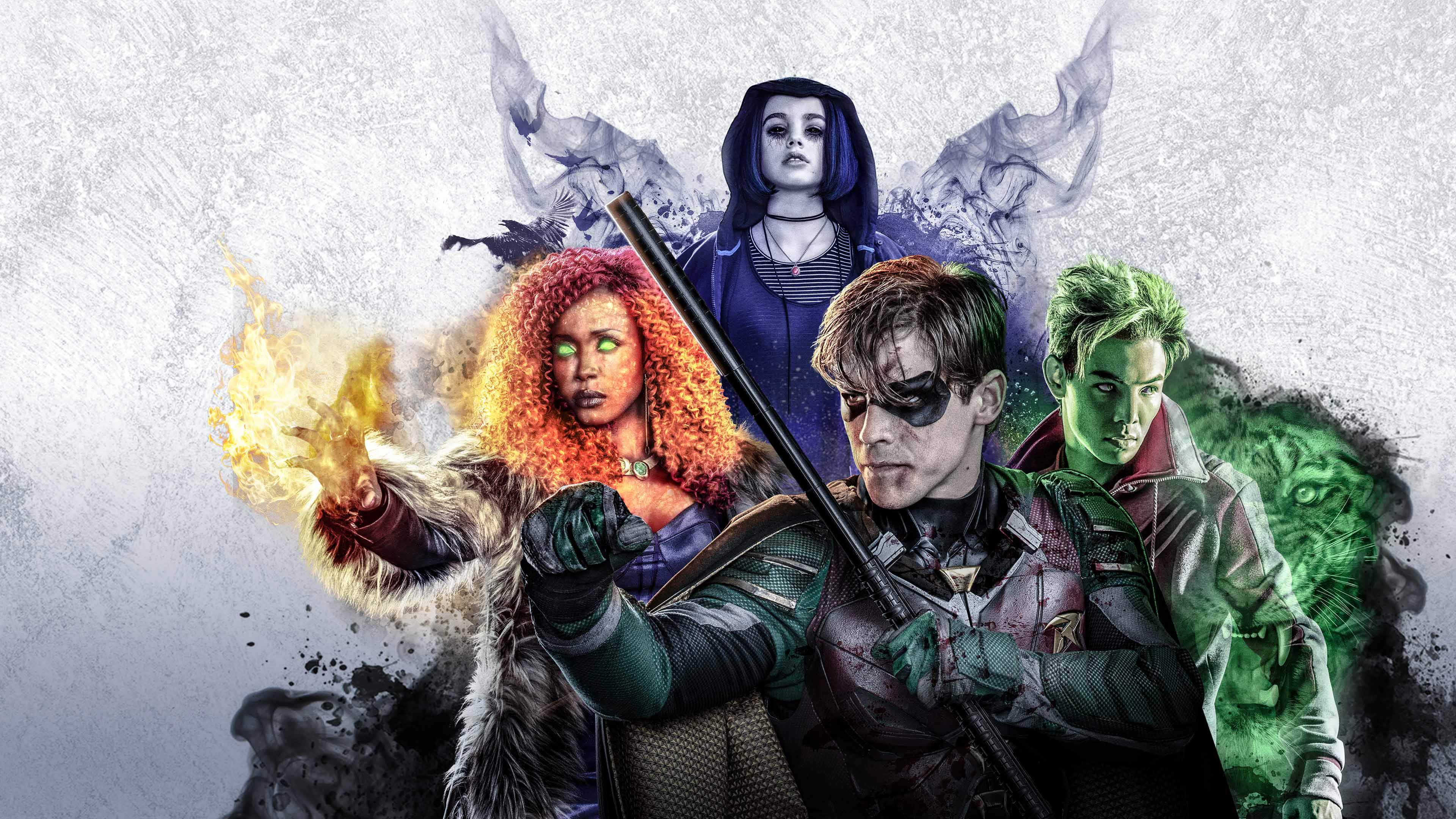 It’s been almost nine months since DC Universe’s ‘Titans’ took a bow on its action-packed first season. Since then we’ve explored surrealism with ‘Doom Patrol,’ the Louisiana bayou with ‘Swamp Thing,’ and tackled the forces of Apokolips with ‘Young Justice: Outsiders.’ Now it’s time to return to the Titans, as the show's season 2 trailer just dropped in advance of its premiere right here on DC Universe on Friday, September 6th. Things weren’t looking so good for the team after last season’s thrilling finale; and in case you don’t have enough time for a refresher binge, here’s a little reminder of where we left things off, and what cliffhangers we’d like to see resolved in season 2... 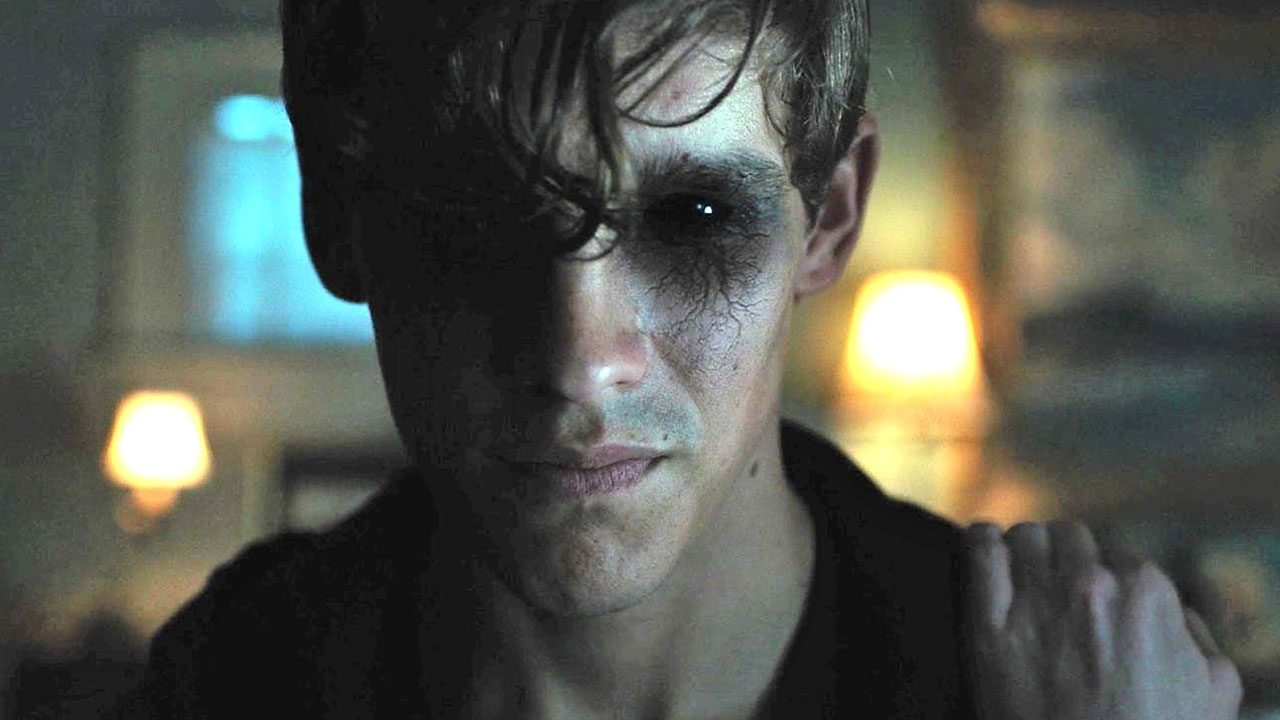 Last season ended with things looking pretty grim for our heroes. Rachel had been tricked into summoning her father Trigon, allowing him to enter our dimension. We heard how dangerous he is throughout the first season, and now that he’s here there’s no telling what he has planned. Dick Grayson entered Angela Azarath’s house to save Rachel and stop Trigon, but his rescue attempt only made things worse. The first season finale “Dick Grayson” focused on Dick leaving his idyllic life behind to return to Gotham City and confront Batman. The entire affair was a nightmare playing out in Dick’s mind, and in the end he killed his former mentor, causing his eyes to go black. Rachel looked on in horror as she realized Dick had given into his dark side and was now under her father’s control. With Batman’s former protégé by his side, there’s no end to the horror Trigon can unleash. Whatever happens when ‘Titans’ returns on September 6th, you can bet it won’t be boring. 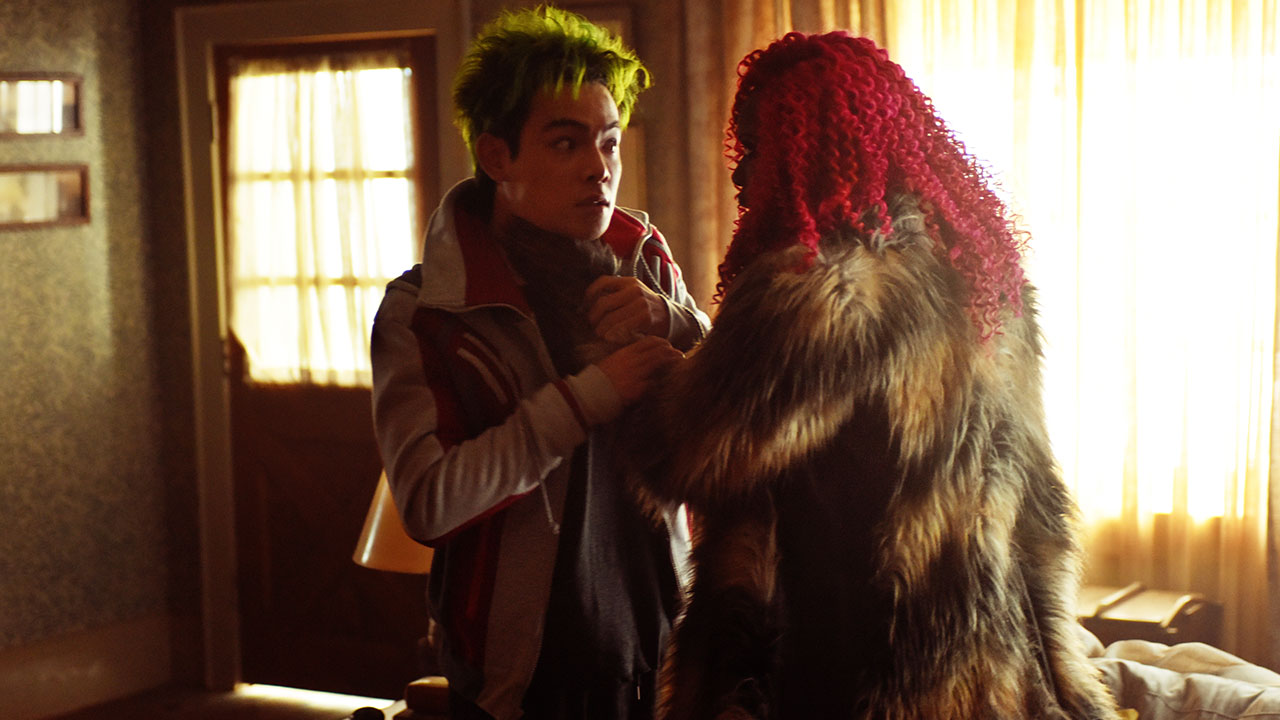 Ever since she awoke from a car crash in the premiere episode of 'Titans,' the amnesiac Kory had been trying to piece together who she was and why she was searching for Rachel. Everything came rushing back to her in the episode “Koriand’r,” which revealed that despite her human appearance, Kory was an alien from the planet Tamaran. Her true name was Koriand’r and she had been sent to Earth to kill Rachel before she could summon her father Trigon, the destroyer of worlds. Kory had grown fond of Rachel, and was reluctant to kill her (despite a brief moment in which her programming took over and she choked her). Now, Kory has failed in her mission, and Trigon is free. But even if Trigon is stopped, where does that leave Kory? Now that she knows her true origins, will she elect to stay on Earth? And will the Titans even want her after she attacked Rachel?

Hawk and Dove Are Looking for Jason Todd 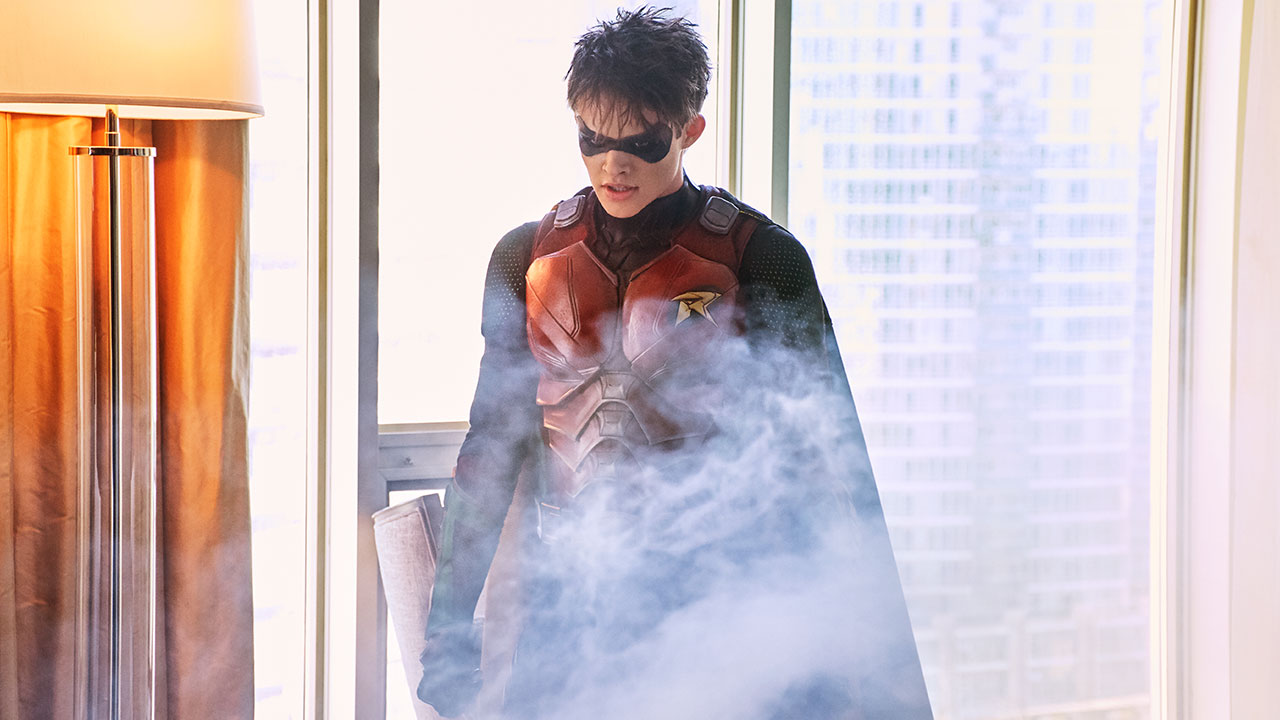 When we last saw Hawk and Dove, they were recovering in the hospital after Dawn was brutalized by the Nuclear Family. During the episode “Hank and Dawn” the duo dreamed about their past – but something was off. Rachel kept appearing as an apparition in their dreams, crying for help. Hank and Dawn both awoke from their dreams, with Dawn telling Hank, “We need to find Jason Todd.” But Dawn still hasn’t recovered. If they find Jason and face Trigon, how can she hope to survive? Plus, if Trigon was able to convince Dick to give in to his darker nature, imagine what he’ll be able to do with two rage-monsters like Hank Hall and Jason Todd. Some preview images have already been released from the season premiere, and things aren't looking too good for these folks. 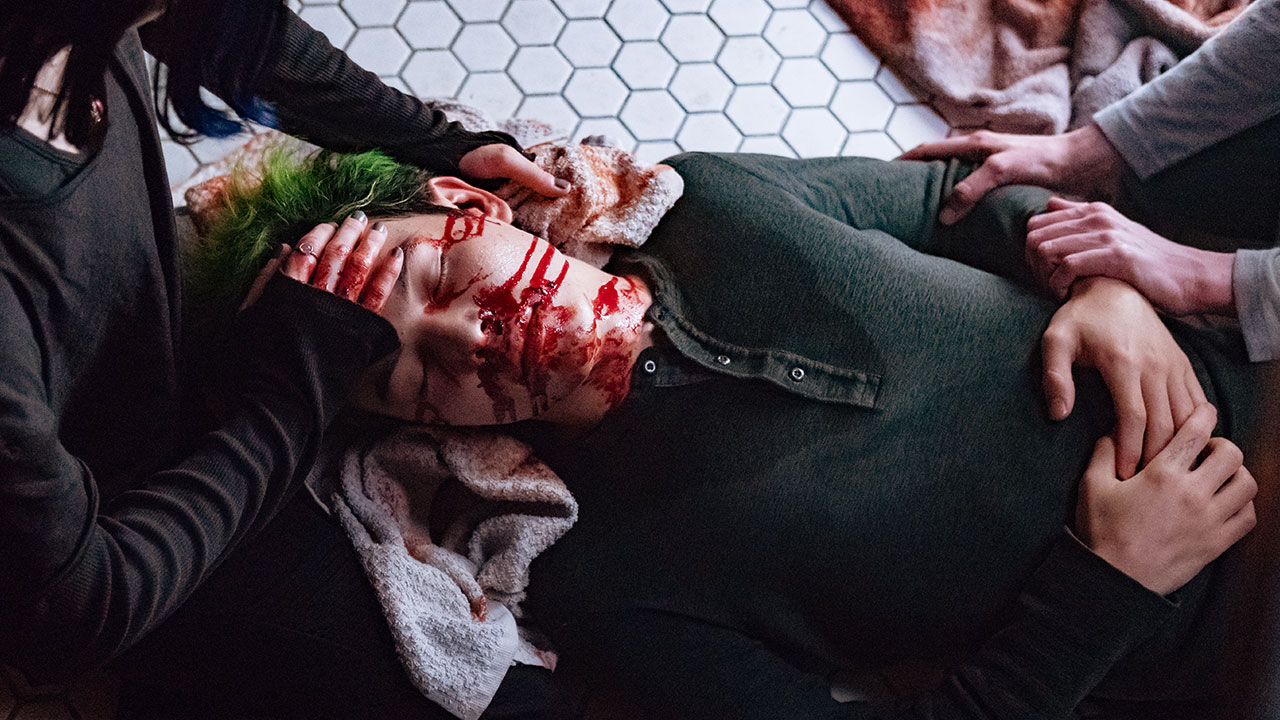 Ever since the episode “Asylum,” Garfield Logan has been fighting his inner beast, and losing. He once told Rachel that although he turns into a tiger, he had never actually bitten anyone. After being tortured in the asylum, however, Gar unleashed his anger on an orderly who was about to harm Rachel and her mother. While in his tiger form Gar lost control of all his senses and killed the orderly in a murderous rage. The experience shook Gar, who considered himself a pacifist. He was still trying to come to terms with his actions in the episode “Koriand’r” when he began seeing bloody visions of himself. Later, he awoke from a nightmare with blood spurting from his body. This forced Rachel to summon her father Trigon, who examined the boy. “So unusual, boy or beast. You’ll have a lifetime to decide,” Trigon said as he healed Gar. What did he mean? It’s obvious some of Beast Boy’s waking nightmares came from Trigon, but he’s still fighting his internal tug of war over his animalistic nature. We’ll be keeping a close eye on Gar this season as this storyline continues to develop.

The Superboy is Loose 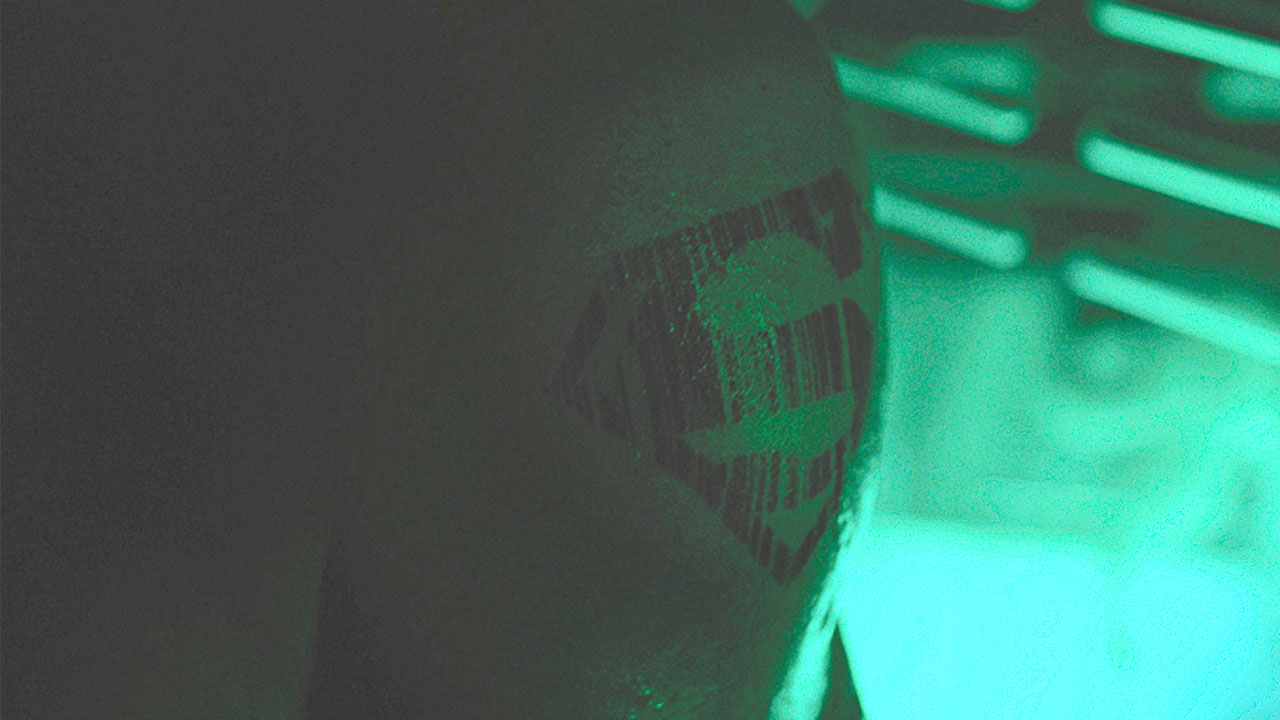 You didn’t turn off the season finale “Dick Grayson” before the end credits were over did you? If you did, then you missed a post-credits scene where a mysterious nude man with a Superman shield tattooed on his arm tore up a Cadmus Labs facility in Metropolis. It’s clear the subject has super-strength, and before he left the lab he found a caged dog with glowing red eyes and set him free. Some fans deduced this was the ‘Titans’ version of Superboy and Krypto, but what will they do now that they’ve escaped Cadmus? A newspaper headline in the ‘Doom Patrol’ episode “Donkey Patrol” mentioned a naked man with a dog causing chaos on a Metropolis freeway. It’s inevitable he’ll catch up to the Titans, but once he does will he be their friend or foe? September 6th can’t get here fast enough!

What are your TITANS Season 2 theories? Let us know in our Community!