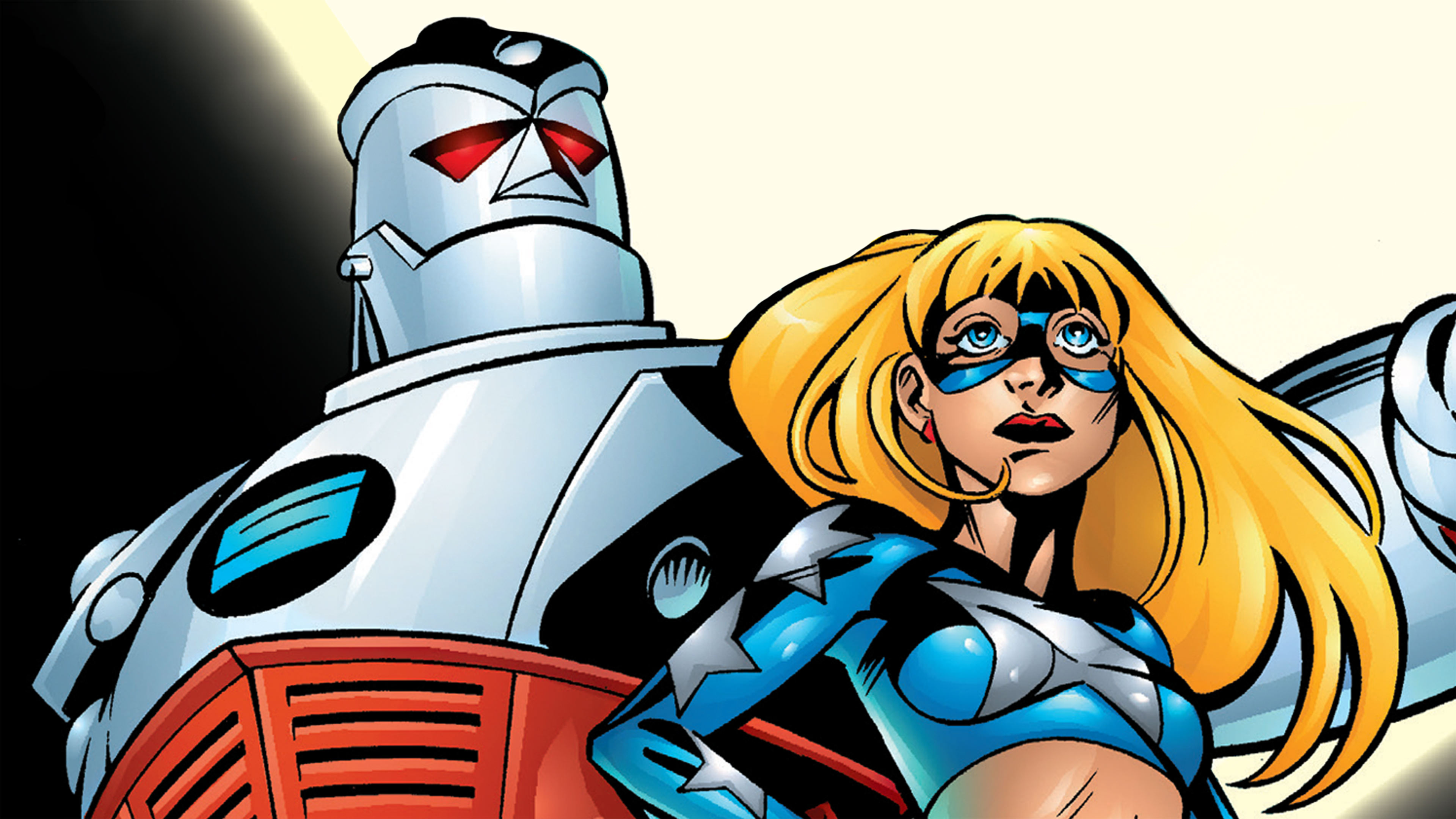 5 Comics to Read Before Watching STARGIRL

You don’t need a telescope or an observatory to see that Stargirl is on the horizon. The latest DC Universe original series will exclusively premiere here on Monday, May 18th, and it will blow you away like a blast from the Cosmic Staff. If you want to get a jumpstart on your Stargirl lore, we have some fun weekend homework for you... The series will introduce viewers to the world of the Justice Society, the evil Injustice Society, Starman, his Cosmic Staff, and his sidekick Stripesy. Of course you don’t need to know any of this stuff before watching episode 1, but if you want to get a headstart and brush up on your knowledge, here are 5 comics to read before watching the Stargirl premiere.

“THE SECRET ORIGIN OF THE JUSTICE SOCIETY OF AMERICA” 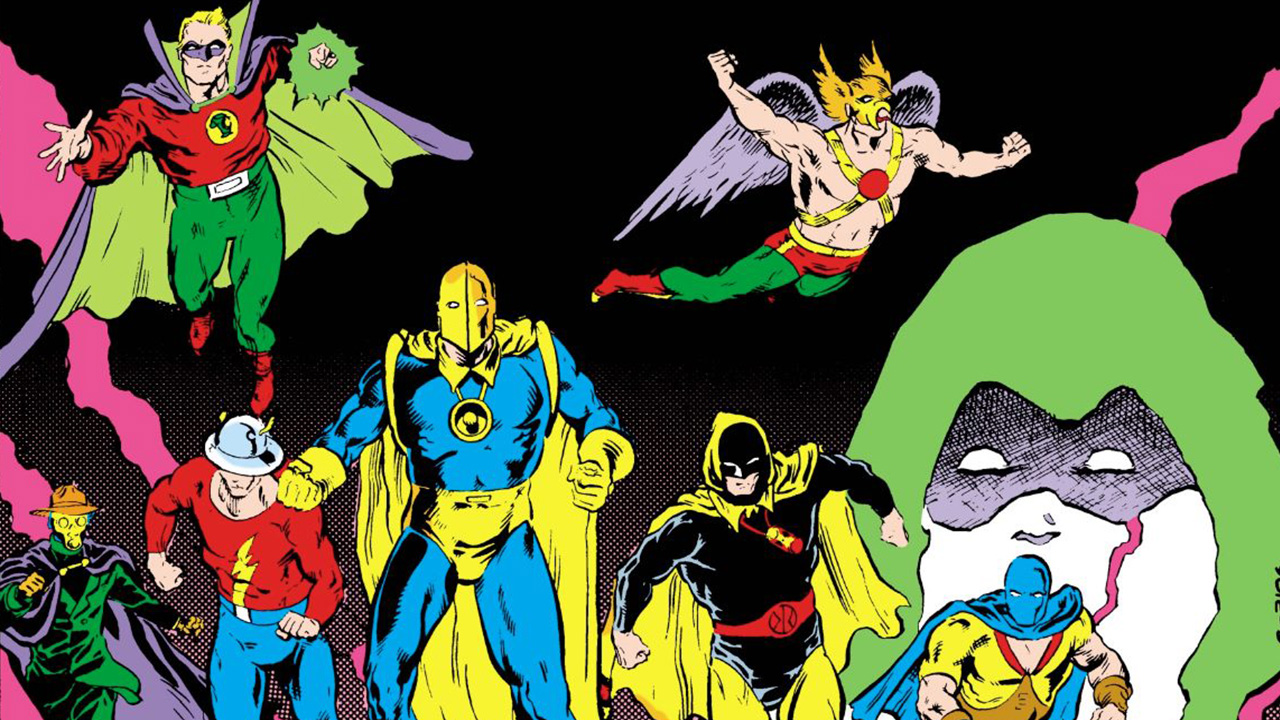 The Story: Hitler is preparing to invade the rest of Europe, and President Roosevelt is being pressured by his allies to step in. Realizing that the United States can’t make a military stand, Roosevelt calls upon a group of “mystery men” to step in as independent agents. The Flash, Spectre, Green Lantern, Doctor Fate, Hourman, Atom, Sandman, and Hawkman take on Hitler, who is wielding the cosmic Spear of Destiny. The Nazi dictator uses it to unleash an army of Valkyrie soldiers, who are ready to battle the heroes. It’s superheroes vs. Nazis and Valkyries. Could anything be more more epic?

Stargirl Tie-In: The legacy of the Justice Society will be a very important part of Stargirl, and this story gives a new reader-friendly introduction to the team and its roster.

“THE SECRET ORIGIN OF THE STAR-SPANGLED KID AND STRIPESY” 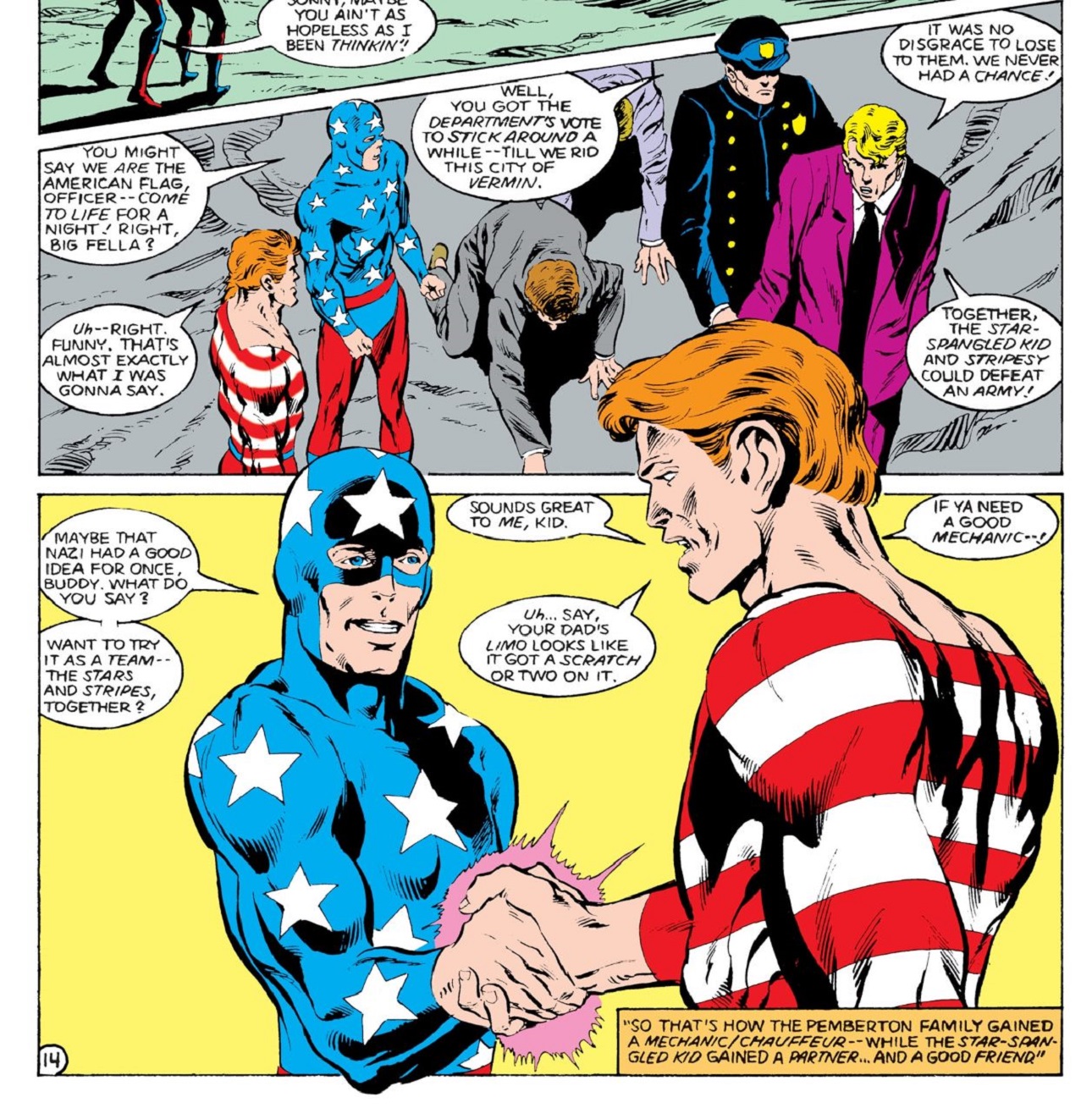 The Story: When a group of Nazis begins causing trouble in America, a privileged rich boy named Sylvester Pemberton decides to fight back. Inspired by the American flag, Sylvester suits up as the Star-Spangled Kid, unaware that a mechanic named Pat Dugan has a similar idea. Dugan busts Nazis as the flag-themed vigilante Stripesy, and it isn’t long before the two patriotic heroes join forces.

Stargirl Tie-In: This issue gives the origin and backstory of Sylvester Pemberton, who will be using the Starman identity in the television series. It also details the first meeting between Sylvester and Pat Dugan, and how they became partners. Their history will play a huge role in Stargirl.

The Story: Years after disbanding their partnership, Sylvester visits Pat Dugan, hoping he can mend their fractured friendship. Pat has left heroics behind, and is currently living with his young son Mike and operating a small garage. Pat has no interest in seeing Sylvester, but when a group of gangsters kidnap Mike, it’s time for the Star-Spangled Kid and Stripesy to swing back into action.

Stargirl Tie-In: This story is the first appearance of Mike Dugan, who will be a regular cast member in Stargirl. In addition, this issue's a great character study of the relationship between Sylvester Pemberton and Mike. It almost feels like a direct Stargirl prequel . 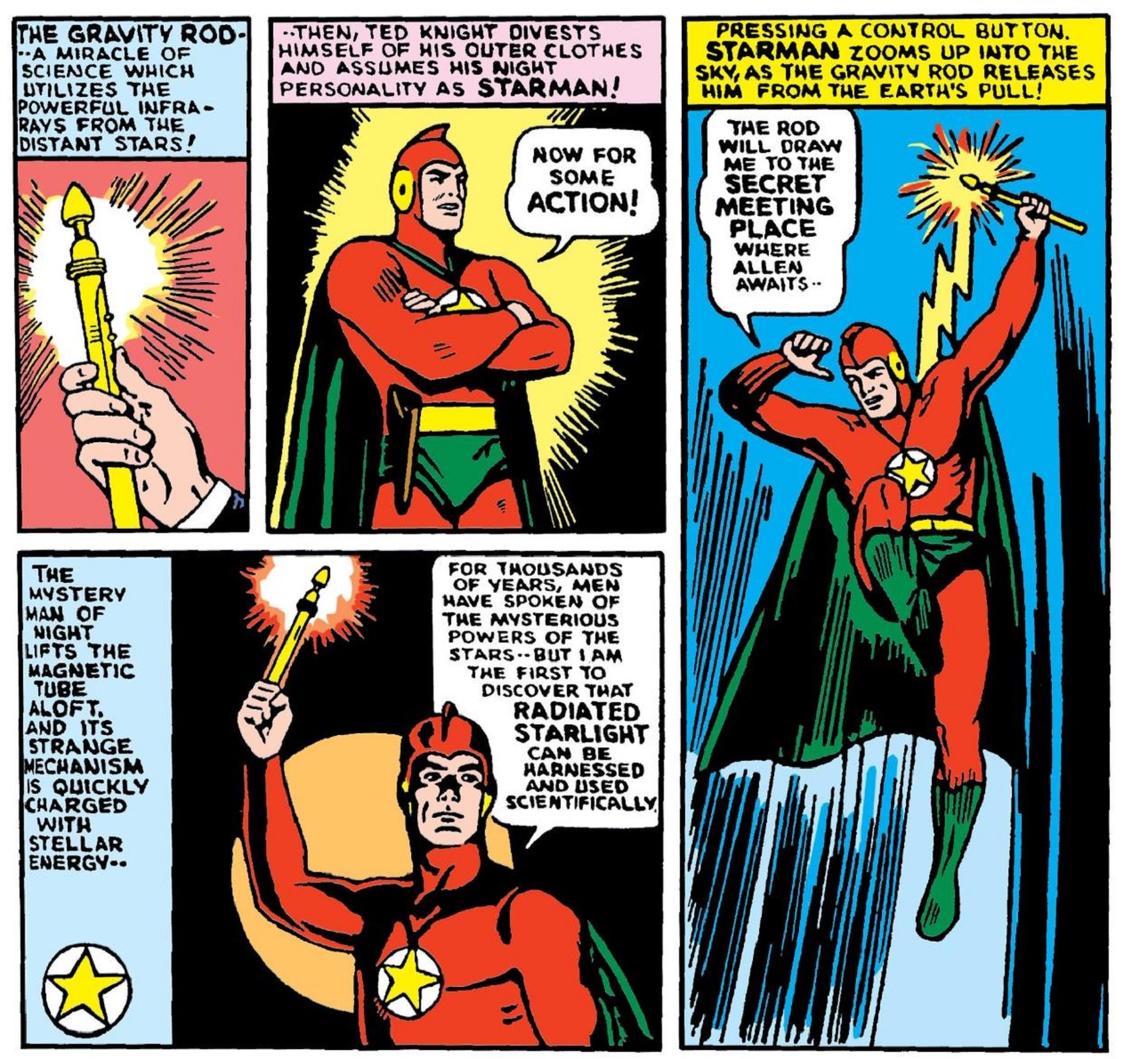 The Story: When a mad scientist named Doctor Doog threatens the world with his Ultra-Dynamo weapon, Ted Knight suits up as Starman to save the day. Armed with his Cosmic Rod (which was then known as a Gravity Rod), Starman tracks Doog to a hidden cave, where their final showdown occurs.

Stargirl Tie-In: Although Ted Knight isn’t the Starman who will be featured in Stargirl, this issue is essential because it’s the introduction of the Cosmic Rod, which later became the Cosmic Staff. The weapon has many abilities, from flight to tracking to energy projection. The Cosmic Staff will be a major player in Stargirl, almost its own character. This introduction offers a look at what the gadget is capable of.

“THE CASE OF THE PATRIOTIC CRIMES”

Stargirl Tie-In: The villains of the Injustice Society will be casting a heavy shadow over the town of Blue Valley in Stargirl, and this story will introduce you to some of the evildoers you’ll be meeting. Pay extra attention to three of them: Huntress, Icicle, and Sportsmaster.

Are you looking forward to the STARGIRL premiere? Share your thoughts in our Community!