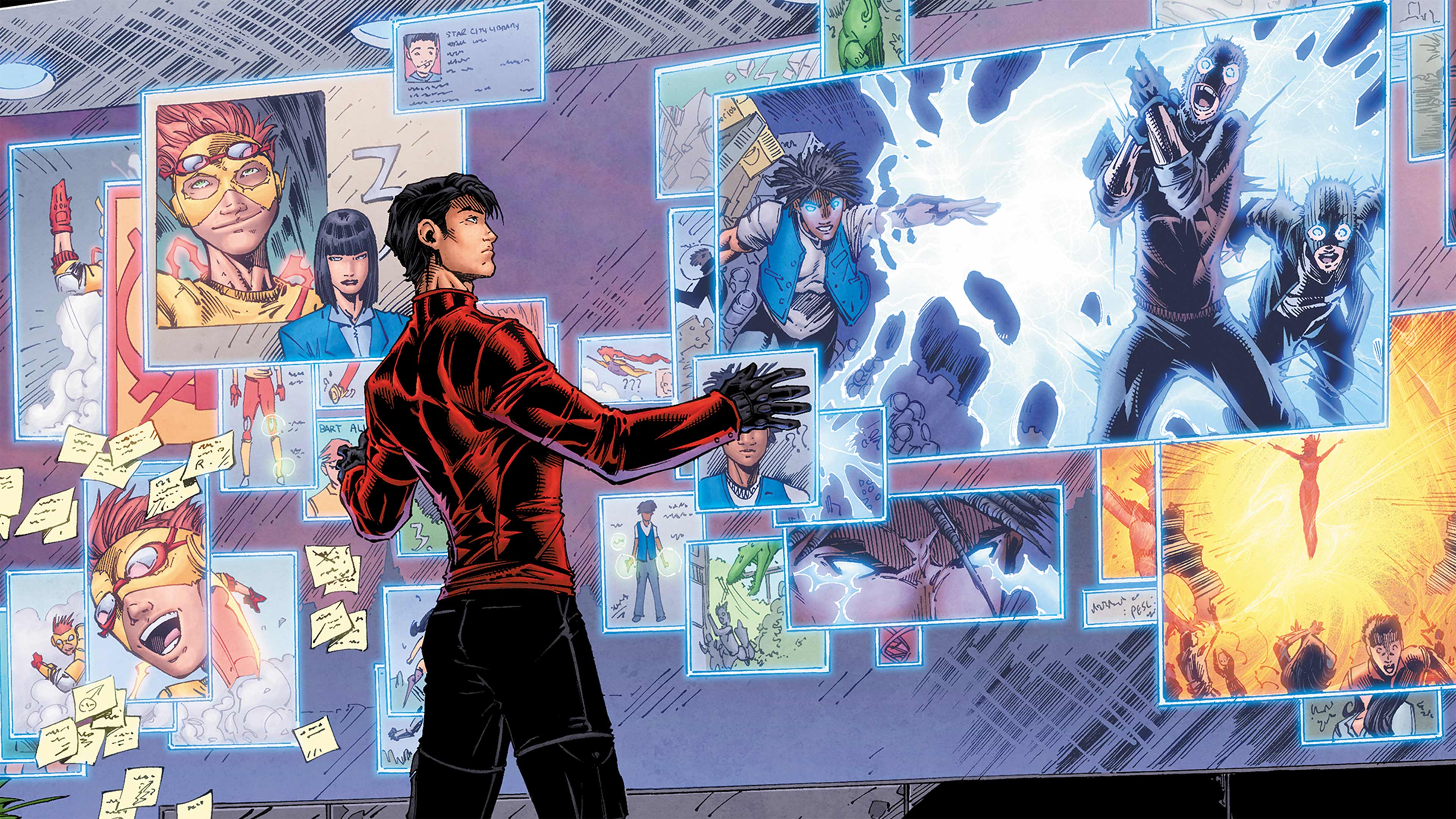 The 5 Best DC Hackers When You Can't Reach Oracle

When you need to solve a crime, you call Batman. When you need to stop a meteor, you call Superman. But when you need someone to break through a state-of-the art digital firewall to feed you live intel while you storm an enemy compound, you call Oracle. From 1989 to 2011, Barbara Gordon was the premiere hacker of the DC Universe, providing tech support to every operating hero from the Birds of Prey to the JLA. But when the New 52 era began in 2011, Babs became ambulatory once more, fighting crime on the streets of Burnside as Batgirl. Which leaves us with a quandary: when it’s time to to hack a particularly gnarly mainframe, which console cowboy do you call for your launch into cyberspace? Allow us to provide a selection of five prime candidates. 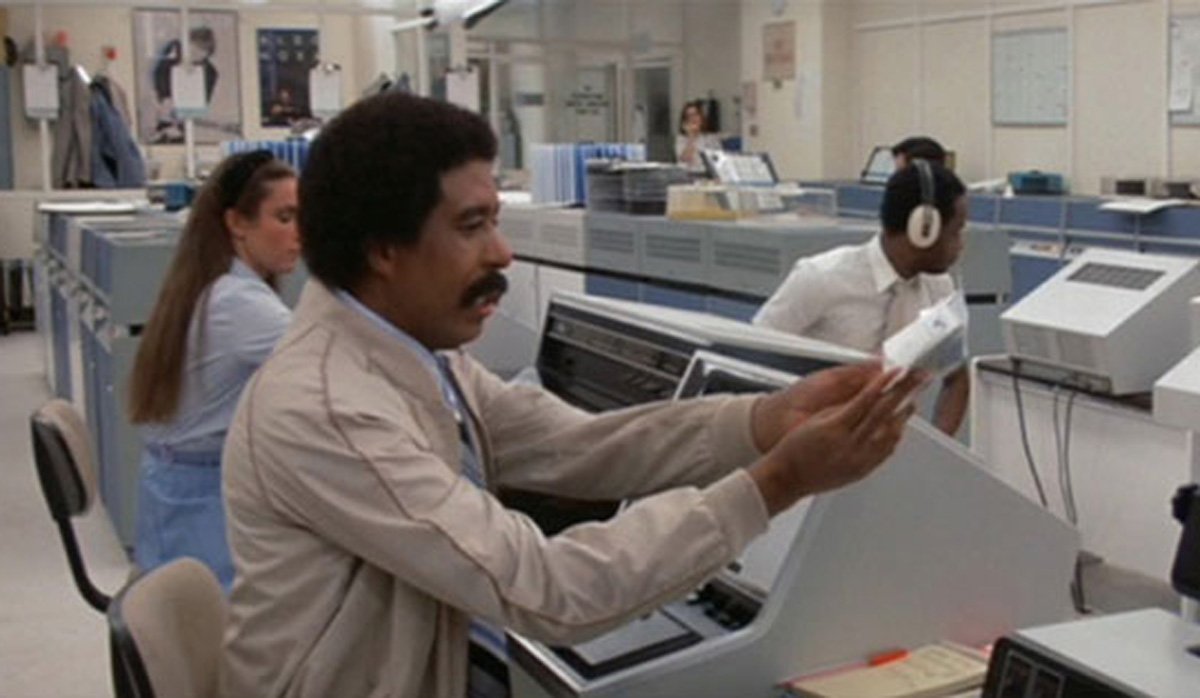 After battling the likes of Lex Luthor and General Zod in some of the finest superhero cinema ever committed to film, who do you take on next? Brainiac? Doomsday? Mr. Mxyzptlk? Don’t be so gauche. The only answer, obviously, is legendary stand-up comedian Richard Pryor. In Superman III, Pryor plays the gormless Gus Gorman, whose natural aptitude for computer hacking gets him in way over his head as he becomes embroiled in a scheme by his employer Ross Webster to end Superman once and for all. Through the course of the film, Gorman writes a code to make an invisible fortune off the fractioned pennies of his company’s earnings, develops a new form of Kryptonite which turns Superman evil, designs a doomsday device, and then dismantles it when he turns to the side of good. Legend has it that in the original script, Gus Gorman was a cover identity for Brainiac… but the character was changed to comic relief in the final draft. Just tread lightly, should you choose to approach him: by the end of the film, Gorman clearly never wants to hear the word “computer” ever again. 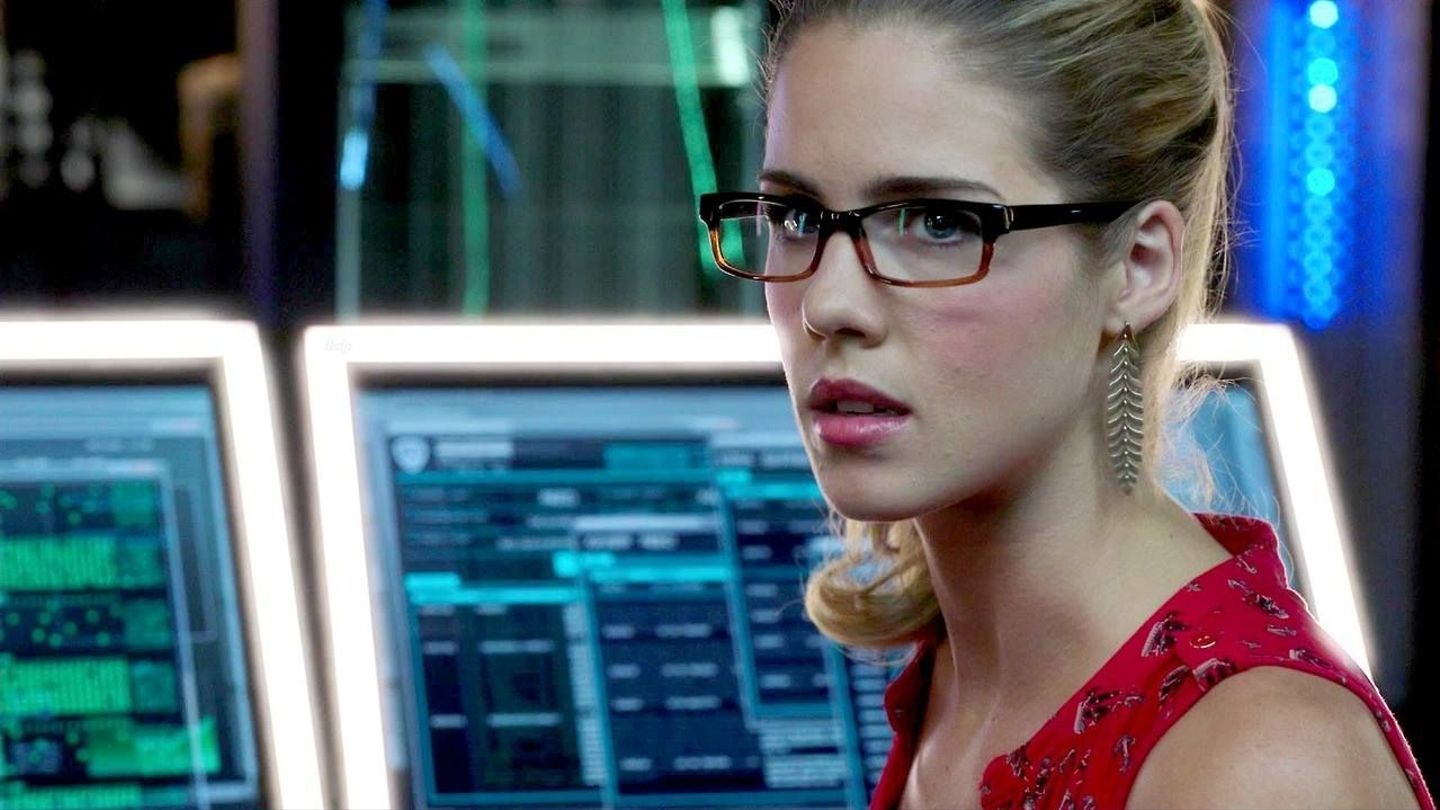 As Oracle’s star disappeared from the comic book sky, a new star arose in the firmament of television: Felicity Smoak, Emily Bett Rickards’ breakout character from TV’s Arrow. Originally cast in a bit part in Season 1, named for a minor character in writer Gerry Conway’s Firestorm comics run, Rickards’ awkward charm delighted producers and audiences alike until she was running comms for Team Arrow full time as “Overwatch” (because “Oracle” was taken, Ollie quips). Eventually, Felicity even supplants Laurel Lance as the show’s romantic lead. In the latter half of the New 52, Felicity made her leap to the supporting cast of the Green Arrow comic series. But fortunately for Ollie/Dinah shippers, she failed in this instance to capture the heart of Green Arrow’s comic book counterpart. 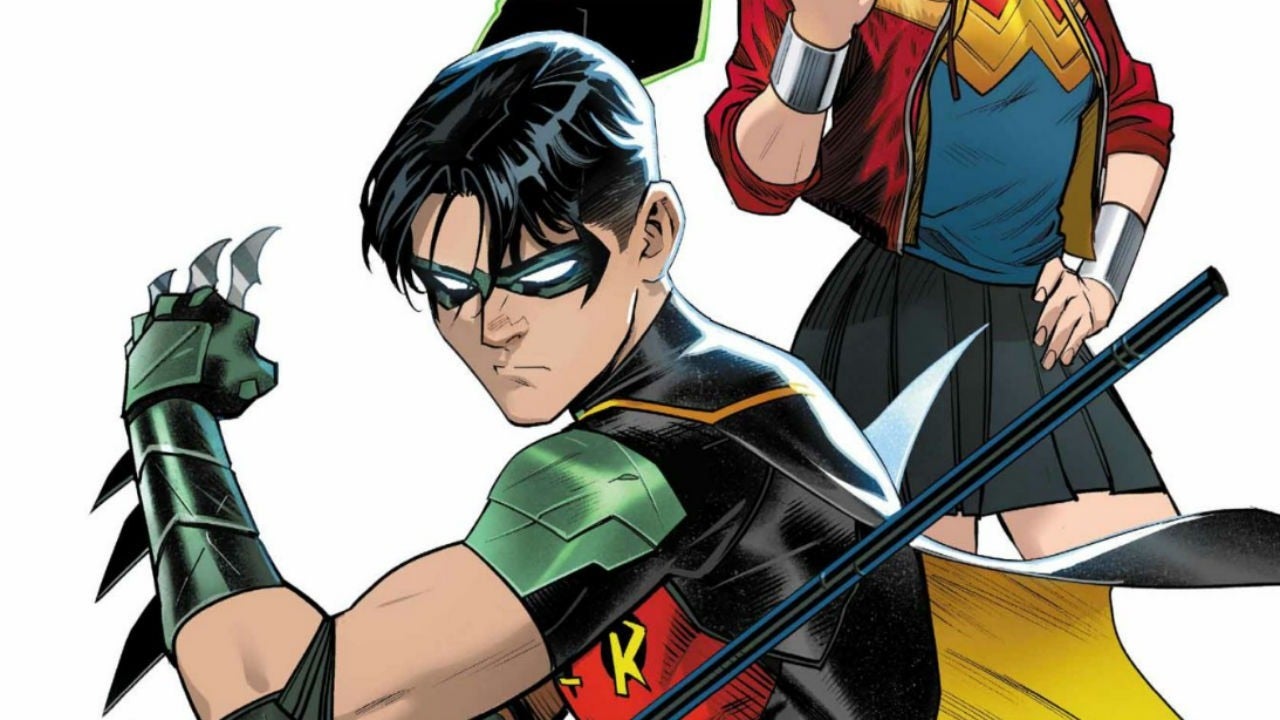 Every Robin who joins Batman is a product of their time. Dick Grayson embodied the naive mid-century fantasy held by every young lad who dreamed of running away from home to join the circus. Jason Todd, in the greed-driven '80s, when wealth inequality was more visible than ever, represented all those left behind by a society that didn’t give a thought to anything they couldn’t squeeze another penny out of. Tim Drake, at the turn of the '90s, was the Robin for an emergent digital age. Tim was a modern detective, using computer skills unseen in Batman comics before his arrival to follow leads Batman had in spending all night hitting the pavement to get a whiff of. As an early adopter of the internet, Tim got into the hacking scene on the ground floor -- and some of his greatest rivals, like Anarky and Ulysses “The General” Armstrong, have been equally modern-age criminals, who could only be pursued through and met on a digital battleground. Batman represents a lineage of vigilantism that goes back to the Scarlet Pimpernel — but a new age of crime-fighting began with Tim Drake. 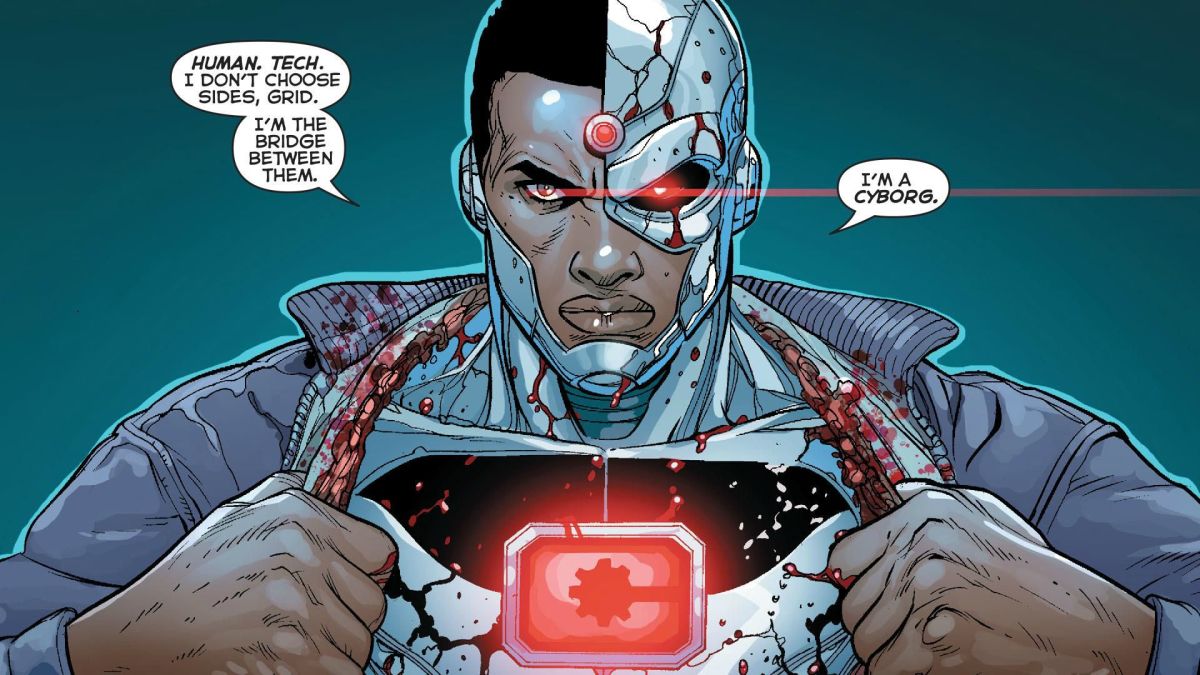 When there’s trouble, you know what to do: call Cyborg! With Babs back on duty as Batgirl in 2011, the Justice League was down one super hacker to run their computer operations. So the DC Universe found its new pre-eminent tech guy by poaching him from the Teen Titans. Vic Stone, who'd been a member of the junior varsity team since 1980, was called up to the majors for a new origin story which planted an Apokaliptic Mother Box squarely in his chest. Now half man, half the most complex computer ever designed, Cyborg found himself with the ability to instantly hack into any computer in the universe — even the Batcave. Cyborg’s ability to meld with technology was so advanced he eventually created his own worst enemy in the malicious artificial intelligence, Grid. Today, between the Justice League movie and both Doom Patrol and Young Justice on DC Universe, it’s difficult to find a team that Cyborg ISN’T running tech for. 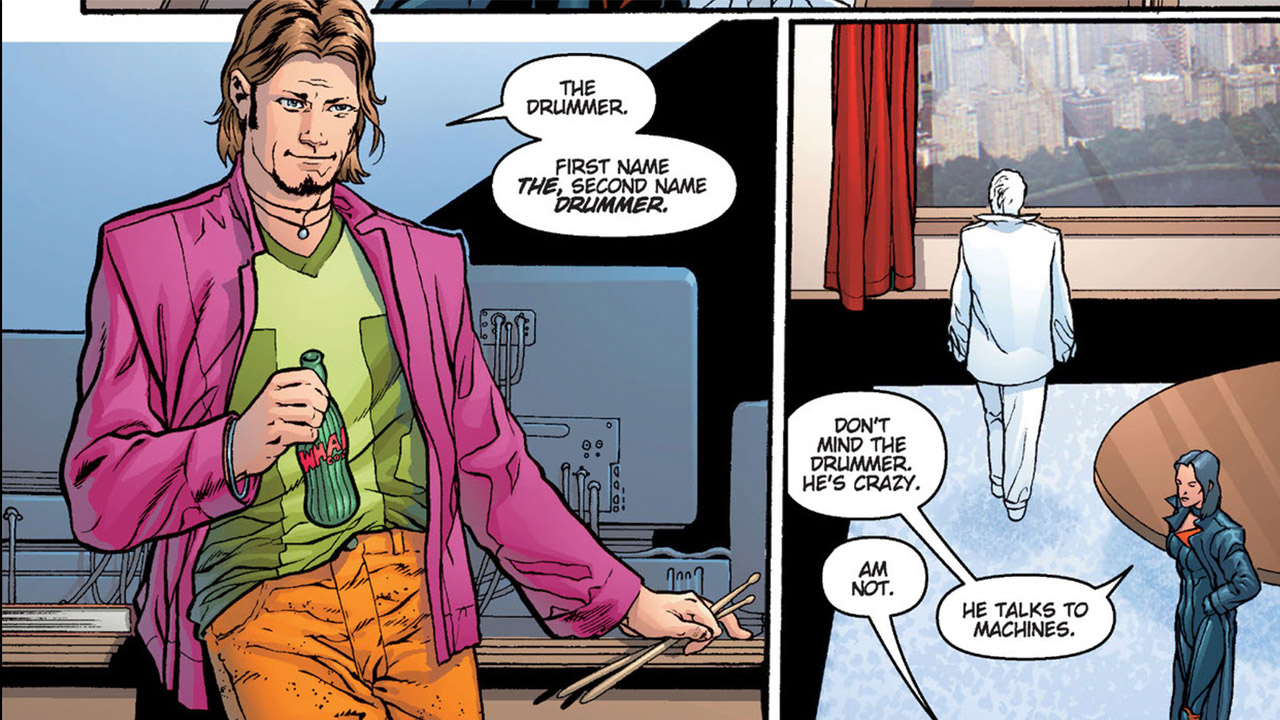 Even if you’ve read every comic book, seen every show, watched every movie set in the DC Universe, there’s still a good chance you’ve never run into WildStorm’s The Drummer. But once you do, he’s unforgettable. The Drummer is one of four principal members of “Planetary,” a secret organization which describes themselves more like super archaeologists than superheroes. He’s also quite possibly, with apologies to the sorely missed Oracle, the single greatest hacker in the entire multiverse. With The Drummer, there’s no physical interface required for his hacking abilities to come into play. Planetary writer Warren Ellis depicts him more like an “informational black hole”: without even trying, all the data in the universe just gravitates towards his head. He’s called The Drummer, you see, because he’s completely tuned into the secret rhythm of the universe. And then, he plays it like a drum. It’s a strange world The Drummer lives in. And he intends to keep it that way.

Who's your favorite DC computer whiz? Let us know in our Community!