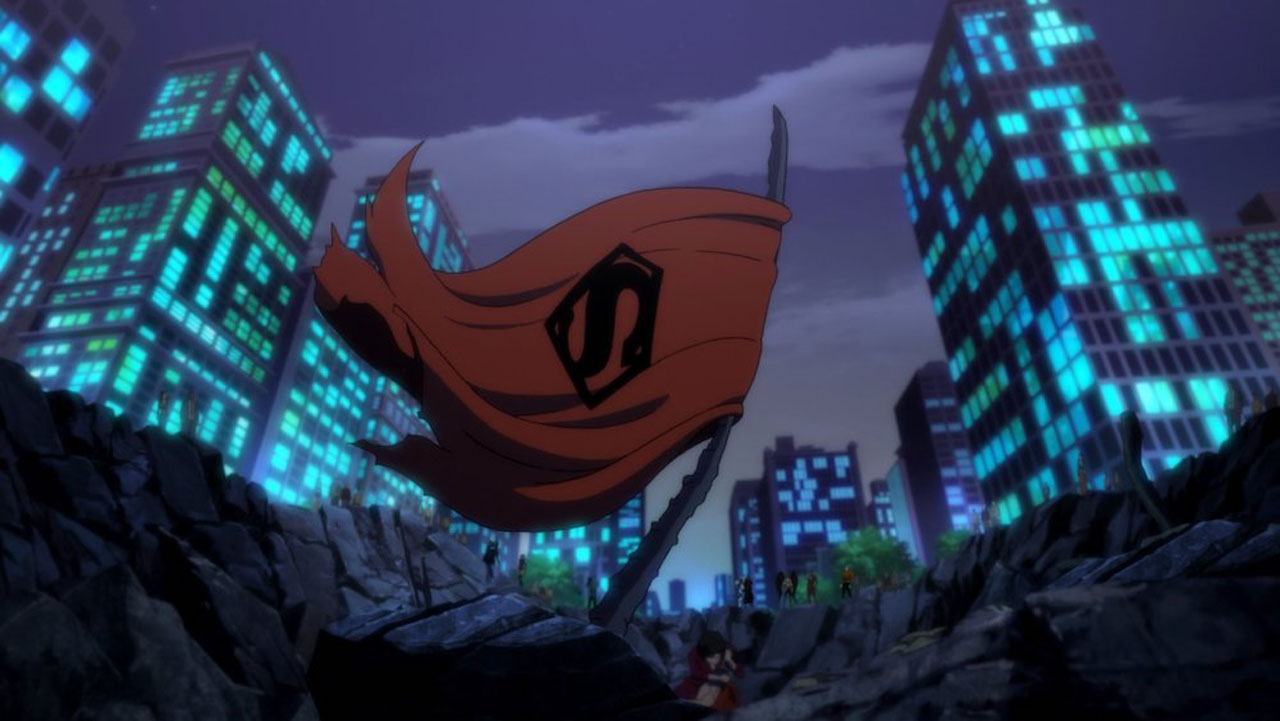 The 5 Best DC Animated Films in the Shared Universe

With over a dozen stand-alone films under their belt, Warner Brothers began its own DC animated shared movie universe in 2013 with the release of Justice League: The Flashpoint Paradox. From character designs to storylines, the franchise took much of its inspiration from DC's New 52 era.

Over the past seven years, Warner Brothers and DC have released 16 films set within this shared universe – culminating the run with the recent Justice League Dark: Apokolips War, which arrives on DC Universe on August 21st. Let's get ready for the franchise’s final chapter by taking a look at the shared universe’s best movies. 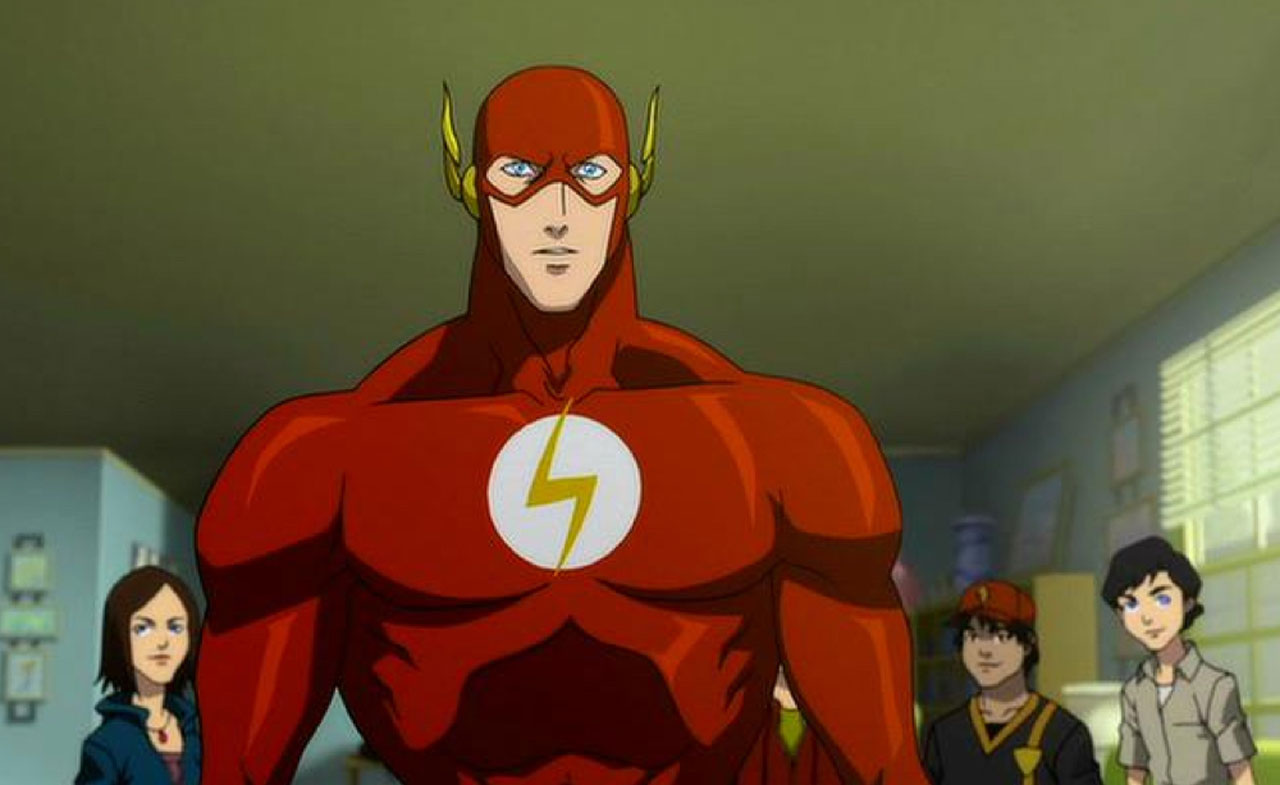 It’s always a pleasure to see the DC Animated Universe focus on characters that aren’t just Superman and Batman. Surprisingly, this is the first (and sadly the last) DC animated film starring the Flash. Debuting a few years before the current live-action Flash TV Show, the movie offers some great emotional resonance as it explores Barry’s relationship with his mother. How does Nora Allen’s death not only affect the life of the Flash, but the DC Universe as a whole? 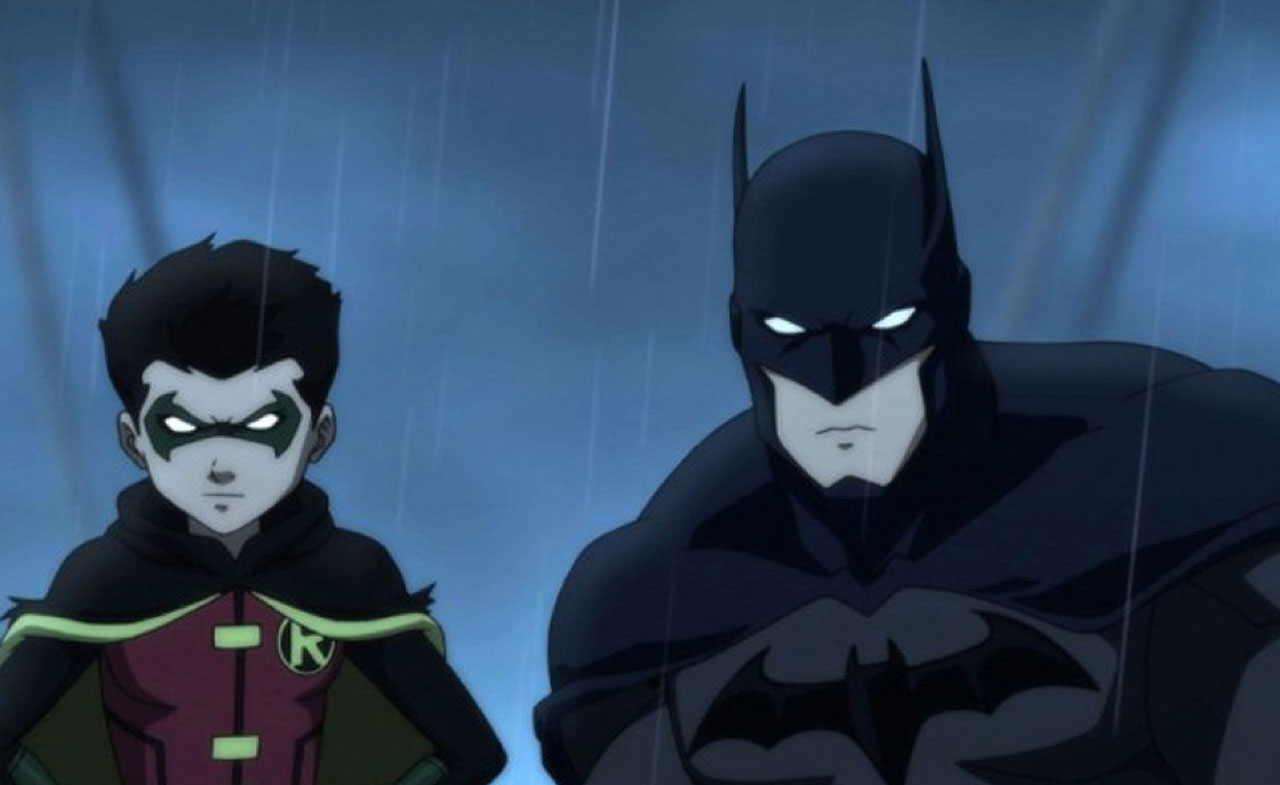 Loosely based on Scott Snyder and Greg Capullo’s Batman: Court of Owls, Batman returns for his second film in the DC shared universe with Batman Vs. Robin. Establishing the relationship between Bruce and Damian Wayne in Son of Batman, the sequel takes a deeper dive into their bond as Batman tries to protect his son from the villains hiding in Gotham’s shadows.

In the comics, the Court of Owls not only targeted Batman but the entire Wayne legacy. It posed a threat that hit very close to home. Adding Damian to the mix for Batman Vs. Robin allows the story to stand apart from its source material, while keeping its personal narrative intact. 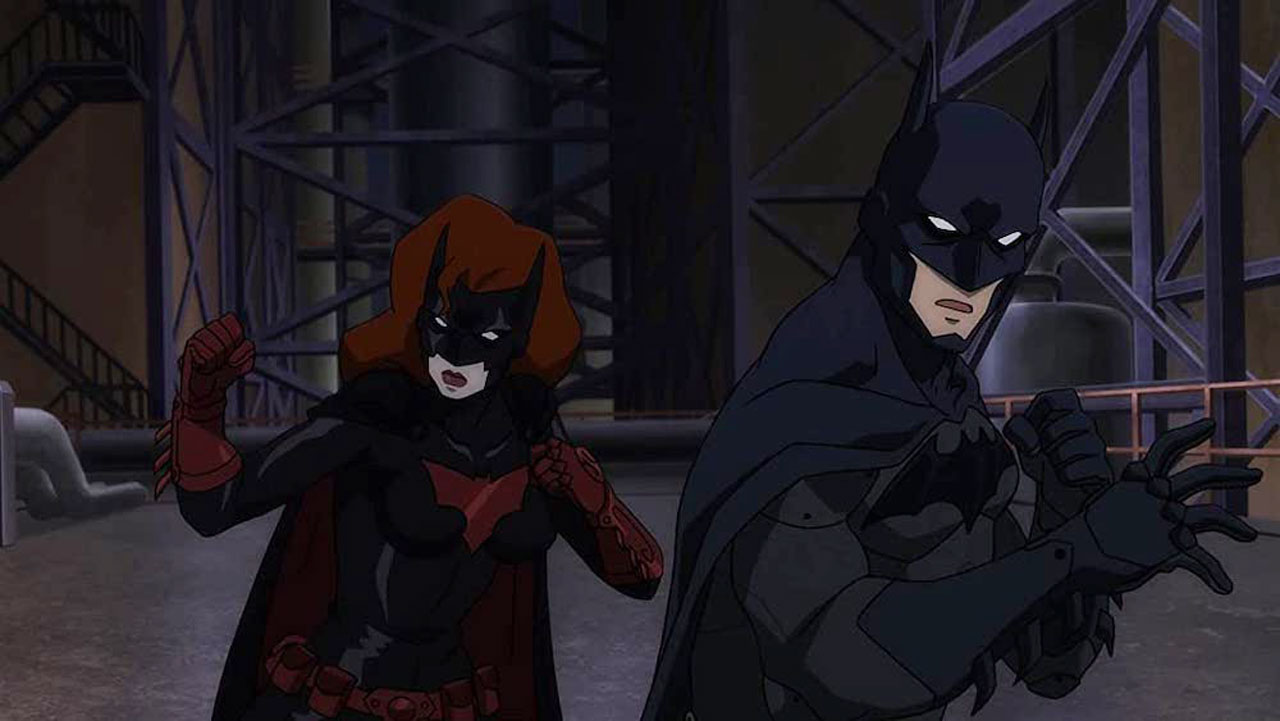 With the previous Batman animated films focusing on Batman and Damian’s relationship, Batman: Bad Blood widens the scope by including some new members of the Bat family. This film builds Bruce’s support system, mainly focusing on Batwoman and her origins, but also including appearances by Batwing, Nightwing, and a surprise cameo from Barbara Gordon in her fan-favorite Burnside Batgirl costume. 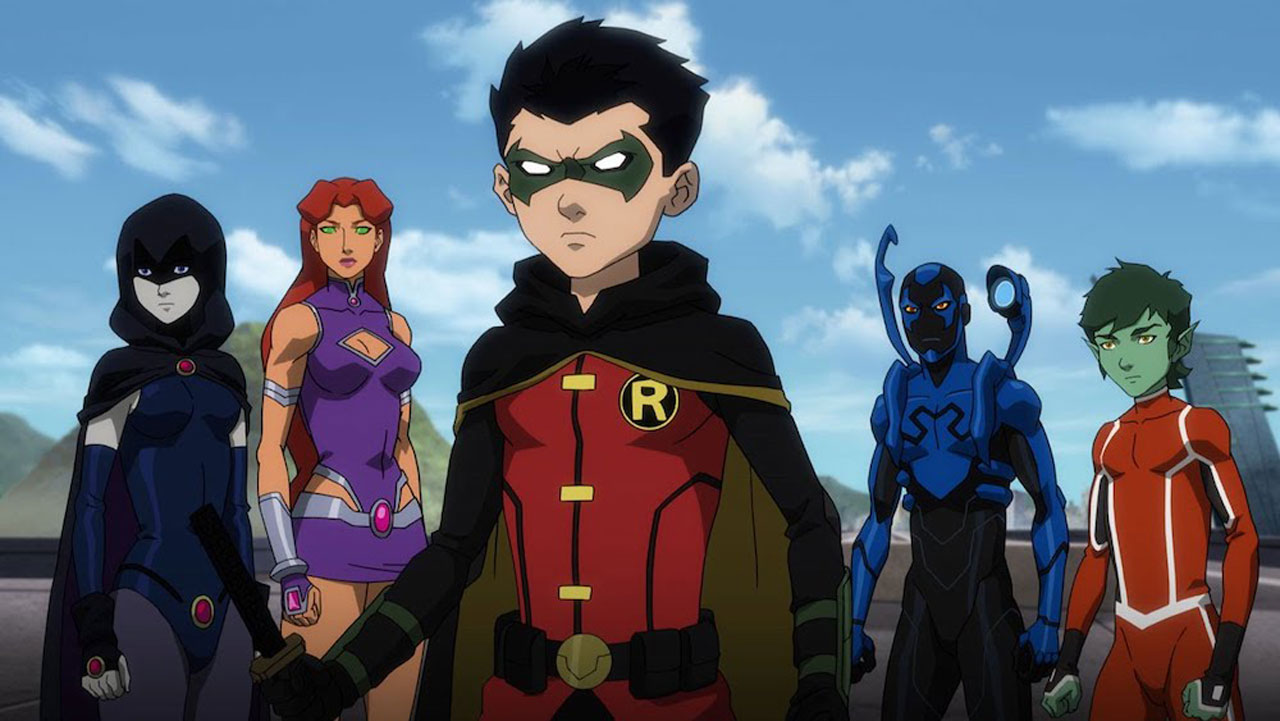 DC puts the spotlight on another famous superhero team -- the Teen Titans. Written by comic book and TV writer, Bryan Q. Miller, and co-written by Batman: The Animated Series’ producer Alan Burnett, the film delivers a nice mixture of heroes from different eras of Titans history – including Damian Wayne’s Robin, Starfire, Raven, Beast Boy, and Jamie Reyes’ Blue Beetle. This team has a very diverse palette of personalities, fueling its story with a unique dynamic.

Justice League Vs. Teen Titans delves into the darker side of the franchise with Raven's father Trigon as its big bad. The story introduces magic to the shared universe, which is further explored in Justice League Dark.

The Death of Superman 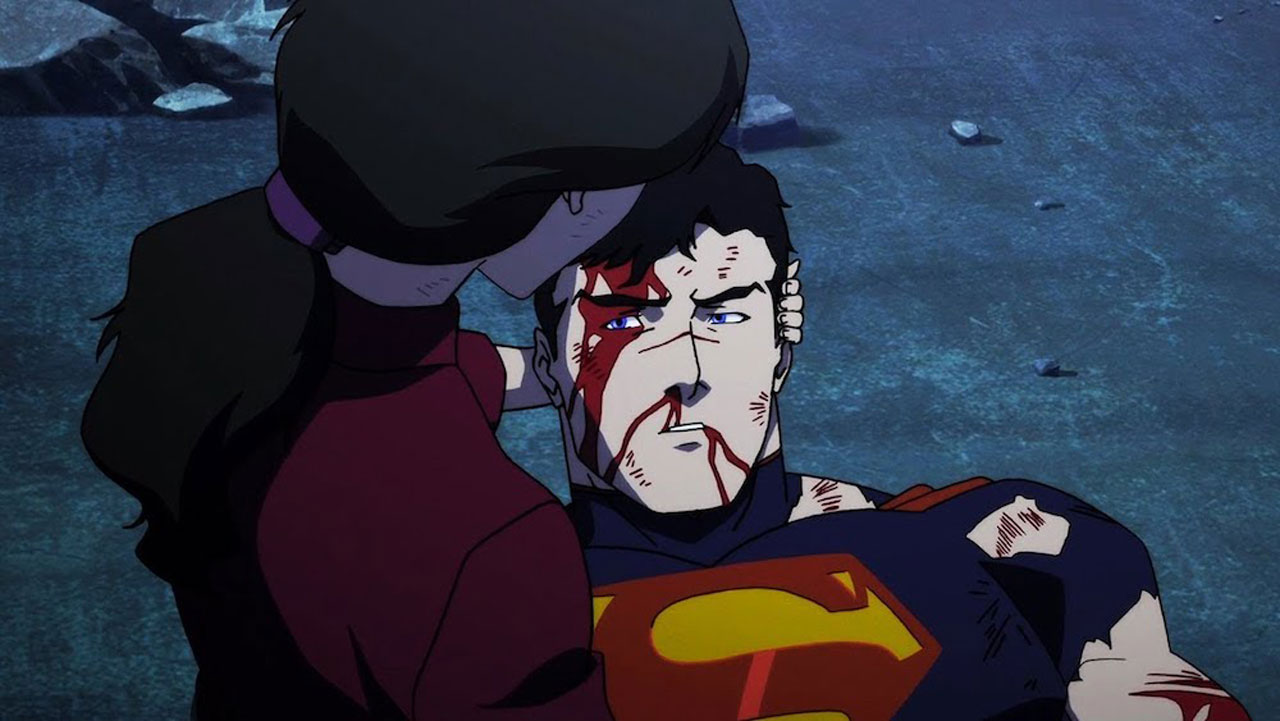 Based on the '90s phenomenon that sold six million copies, the DC animated universe's take on "The Death of Superman" is arguably the best installment of the shared universe.

In their later years, the DC animated films took a bloody turn. In some installments, this approach could feel a bit forced, but in The Death of Superman it's a perfect fit for an already violent Superman tale.

Just like the original storyline – Superman comes face-to-face with Doomsday and *gasp* he loses. What makes this film so great is that the plot is pretty similar to the source material but adds its own charm to keep multiple generations of Superman fans enthralled.

The movie not only showcases the legendary comic-book fist fight in wonderfully choreographed animated action, but also does a beautiful job at building a human connection through Lois and Clark’s bond. Lois is the heart of the film, as we see her relationship with Superman fully blossom -- and witness its ultimate end... Until, that is, the sequel Reign of the Supermen.

What's your favorite DC animated film? Let us know in our Community!